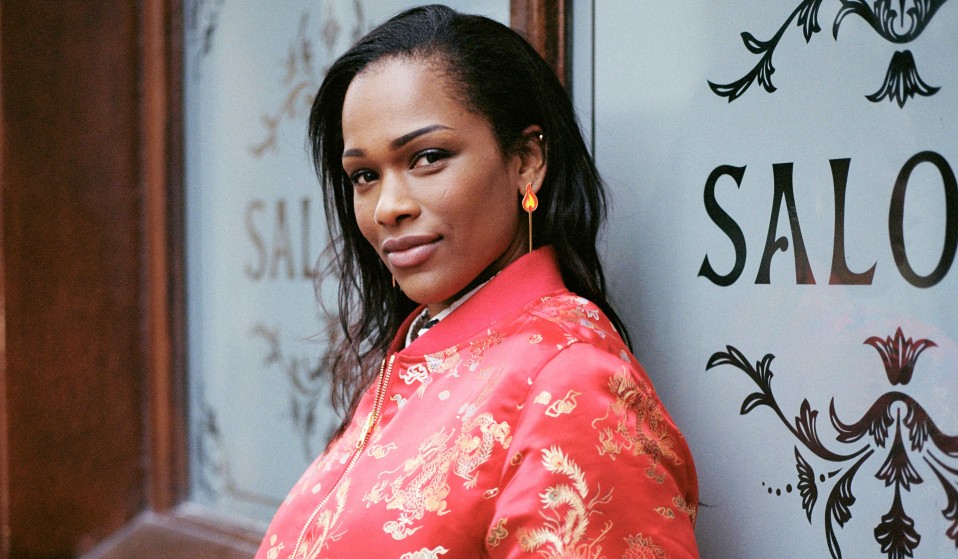 With WAH Nails, Sharmadean Reid created much more than just a nail company. It's a creative hub where driven young women have the opportunity to realise their dreams.

With WAH Nails, Sharmadean Reid created much more than just a nail company. It's a creative hub where driven young women have the opportunity to realise their dreams.

Nails are really an excuse,” laughs Sharmadean Reid over a coffee in Soho. She’s been rushing around central London for meetings all morning but her nails, opal-shaped today in an iridescent lilac, are perfect. “The people who know WAH as a nails company are not getting the full story. So now I’m trying to get back to the roots of what the brand is.”

WAH, the psychedelic banner under which Sharmadean runs a number of creative projects – all aimed at celebrating independent women – started life as a hip hop fanzine in 2005. It gained a cult following and Sharmadean, keen to create a space where the community could come together – like the vibrant barbershops that dot the neighbourhood – founded the WAH Nails salon in Dalston, East London, in 2009. So how difficult is it to bring a zine to life? “Well, whenever I have an idea for anything, I think of the whole thing from start to finish,” she says. “Location, staff, it’s just a case of making a list and ticking through the boxes.”

It’s not like it was all plain sailing, but sometimes the bad stuff can help spur you on. “There was a time when I didn’t want to do WAH anymore,” says Sharmadean. “It was taking over my life and I didn’t have time for it. So I thought I’d sell it to a big competitor, but the woman in the meeting was really rude to me so I decided, ‘I’m not gonna sell WAH. I’m gonna make it massive and I’m gonna take over your shit.’” She laughs. “They think I’m some little kid who doesn’t know anything because I make things look relaxed. When in fact I’ve been thinking these things since I was twelve years old. So I use all of those moments as fuel to keep me going.”

Since she established the salon Sharmadean has been pushing WAH in a ton of different directions including a book – a kaleidoscope of exotic nail art – and products, now stocked in Boots’ stores across the country. She’s a true polymath but that’s something that can be criticised, especially in women, as a lack of focus. Does she ever feel stretched thin? “I used to think that I was a ‘Jack of all trades master of none’, but that’s what I owe my success to,” she says. “And I don’t really think that women can be criticised in that respect, because female entrepreneurs are the fastest growing category – female millionaires are growing faster than male millionaires. And I think that the ability to be able to move fluidly through many different areas of life, and with different people, is what has made me successful. I used to think, ‘Oh, I’d love to be specialist in one subject,’ and I really respect that, but it’s not for me. The fact that I can go into any situation and have a point of connection and conversation is because I’ve done so many different things.”

Quickly scroll through Sharmadean’s Instagram, a moodboard of her myriad influences, and it’s easy to see how much she adores strong women – garage girls getting steezy in the club, inspiring single moms, female adventurers travelling the world alone. Independent women are the lifeblood of everything WAH. “My whole company is about women,” reaffirms Sharmadean. “Even when we have competitors who come and do our stuff I’m like, whatever man. If they’re able to earn their own money on their own terms, who am I to stop them? The most important thing is to facilitate girls earning their own money. Because with financial freedom comes massive independence. There are so many women trapped in situations because they don’t have enough money to leave them. I’ve always been about earning my own money on my own terms so I never have to answer to anyone.”

She pauses, then adds: “I know it seems weird, but I think I’ve lost whole years to relationships, when I didn’t need to. The first time I was heartbroken, I remember thinking, ‘I’m never going to be heartbroken again.’ I think, in your twenties, you don’t do your own health check on your mental/spiritual life. I turned thirty this year and now I feel like everything is about me and my own self love. But you should always be like that. You should always think about how you feel and how happy you are. Is this what you want to do? Is this where you want to be? I just think you spend so much time when you’re young being like, ‘Does he like me? Does she like me? Is that person my friend? Am I good enough? Can I get this job?’ And it’s like, no. Try and think about what you like, because that positivity in turn will attract what you want.”

WAH is a celebration of creative women, more than an aesthetic, and Sharmadean is passionate that everyone gets a shot at doing what they love. “In ten years from now I’d love to be a patron of the arts, helping support young people who want to achieve their dreams,” she says. “I remember moving to London [from Wolverhampton], from a single-parent family, and I had no money, I could barely afford my rent, I definitely couldn’t afford a computer. So I would love to be able to help other working-class kids who have a dream, to achieve it. And I want to facilitate young women, single mums and the like, to make their own money. I think I’d like to have a hotel in the future so I can create a nice environment for people to come together. That’s the dream.”

Linkedin
RELATED ARTICLES
OTHER ARTICLES
In Sheffield, food delivery drivers are fighting back against one of the giants of the gig economy.
A new book traces the legislation’s tumultuous history and the lasting impact its had on LGBTQ+ activism today.
Those set to be impacted by the governments ’undemocratic’ bill explain why it risks silencing them.
Photographer Philipp Mueller reminisces on shooting Zurich’s thriving nightlife in an era fuelled by experimentation.
In the UK, Hongkongers are continuing to stand in solidarity with the pro-democracy movement.
While police claim that body cams increase accountability, the proliferation of the tech raises questions over who it really serves.