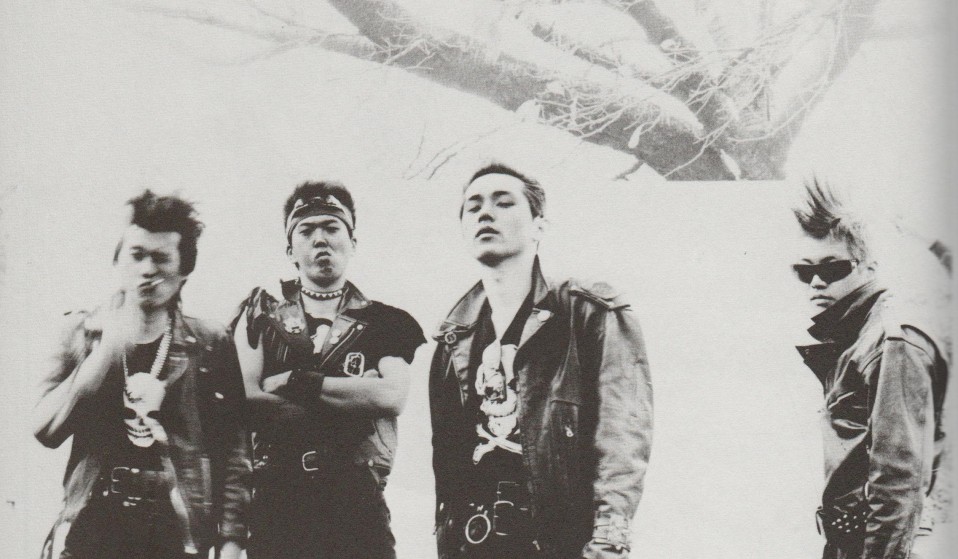 The late 70’s and early 80’s saw an explosive new scene emerge in Japan: noise. Photographer Gin Satoh was there to record the violence and volume; now for the first time his photos are being exhibited outside Japan.

The late 70’s and early 80’s saw an explosive new scene emerge in Japan: noise. Photographer Gin Satoh was there to record the violence and volume; now for the first time his photos are being exhibited outside Japan.

The sun rises as a small crowd of people emerge, ears ringing, onto the street. This is Tokyo, 1985, and Japanese noise band Hanatarash has just finished a legendarily show involving diggers, circular saws and (almost) a molotov cocktail. Among the crowd is photographer Gin Satoh, who has chronicled this show and many others since 1978.

Gin’s photos will be exhibited for the first time outside Japan in London this summer, offering a window into one of the most mysterious music scenes in modern Japanese history.

The 1980s boom years brought a lot to Japan, not least a rapid development of both cities and technology. As the world became accustomed to gleaming skyscrapers and Tokyo futurism, another underground culture had been developing in the shadows and basements. Known as noizu (noise), this genre and music scene blends punk, jazz and absolute volume. This is sweaty, bloody and violent — completely at odds with the cool, calm and sleek image of air conditioned Tokyo. 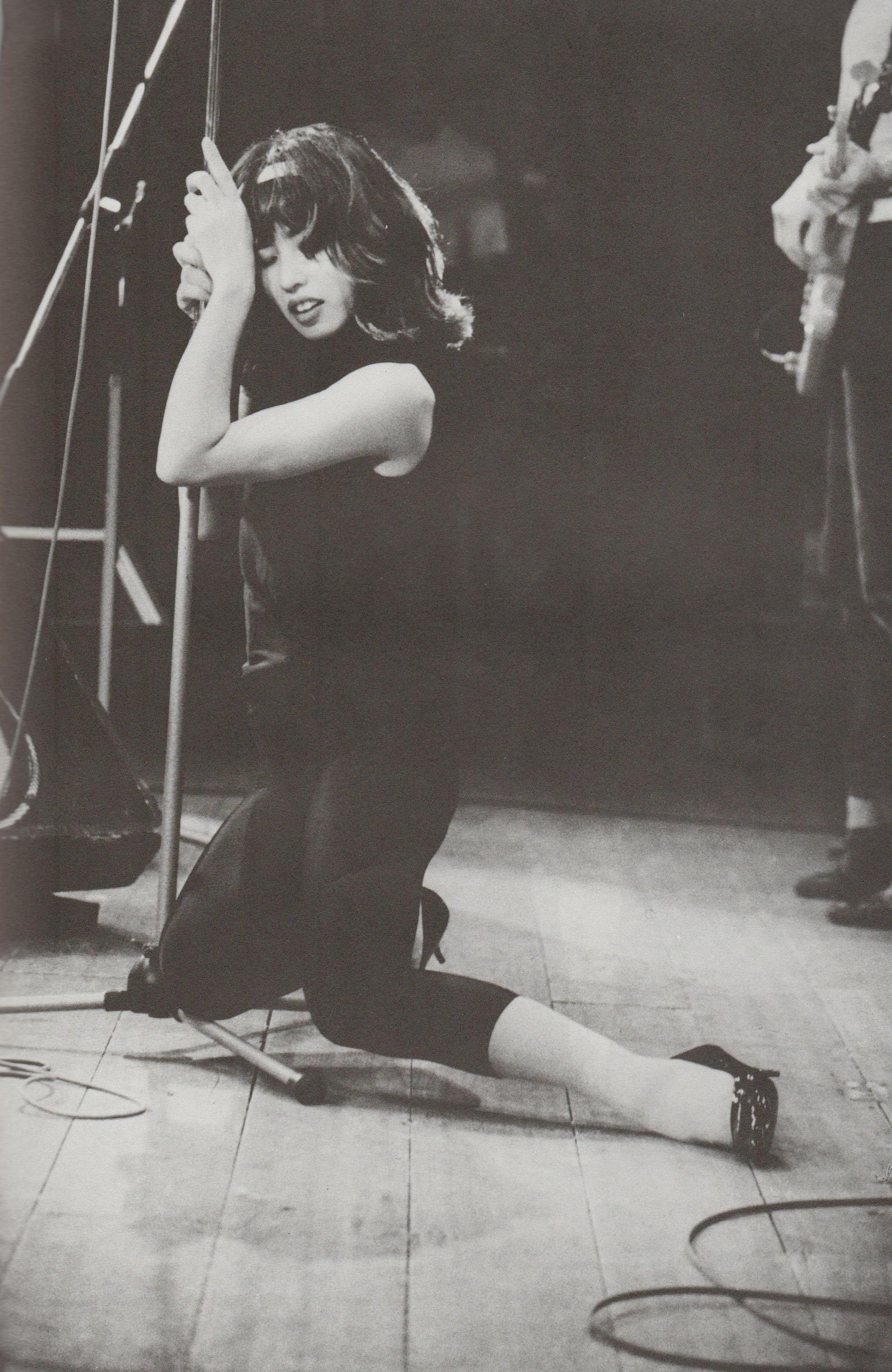 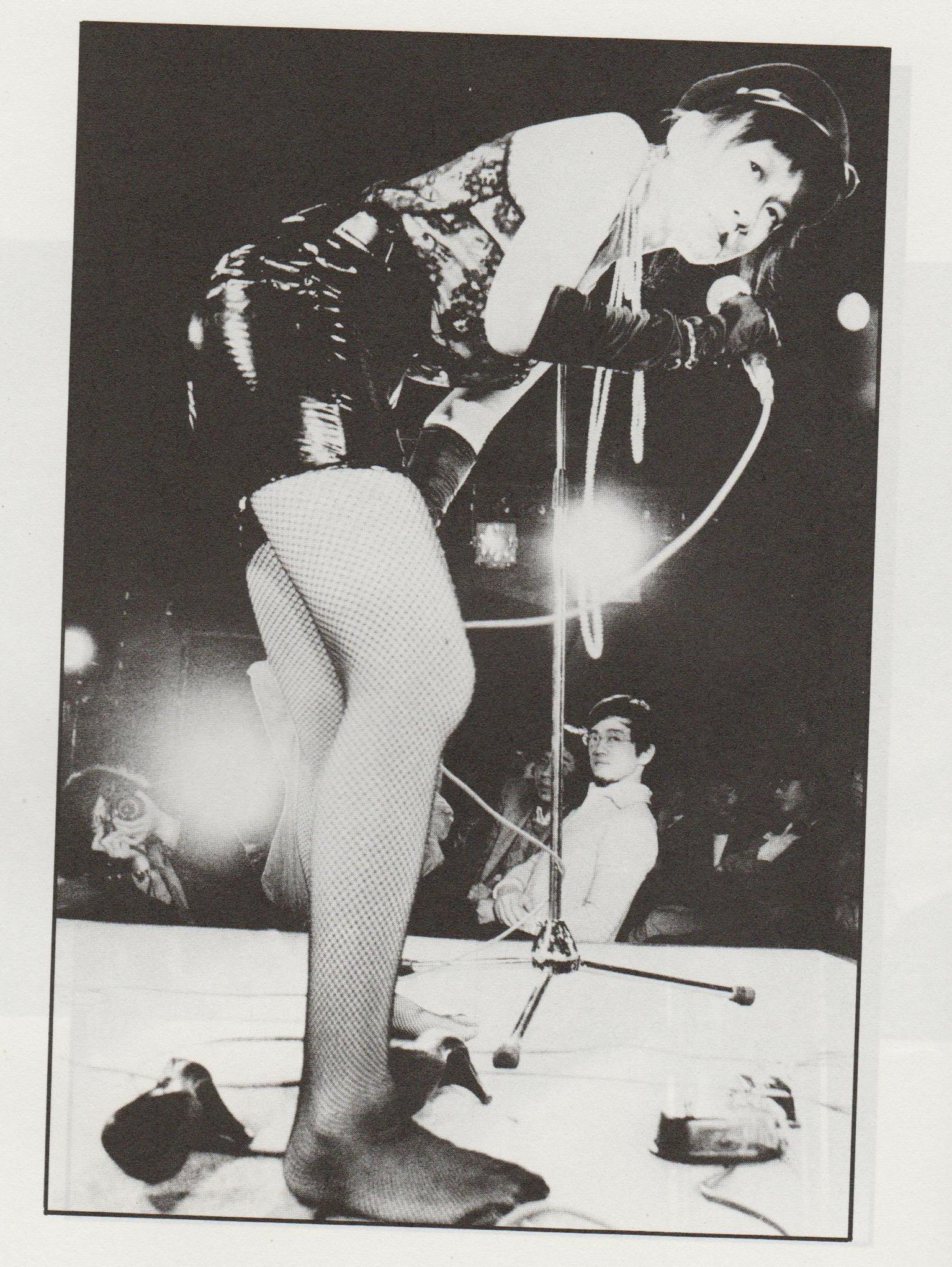 Gin began shooting live music in Tokyo when the scene was exploding. He studied photography but never graduated, instead cutting his teeth in the music scene early and building experience. It took until the 1970s for him to find the noizu scene, and when he did it was through a mixture of American influence and anti-war activism.

How did you come across this music scene?
In the 1970s, lots of events occurred frequently. If a festival like Woodstock happened, something similar would follow in Japan. And the Vietnam War was running in the background. And an anti-war message carried over into the massive protests against the renewal of ‘The Treaty of Mutual Cooperation and Security between the United States and Japan’. Musicians like Les Rallizes Dénudés and Keiji Haino participated in the opposition movement. Part of that scene I agree with. 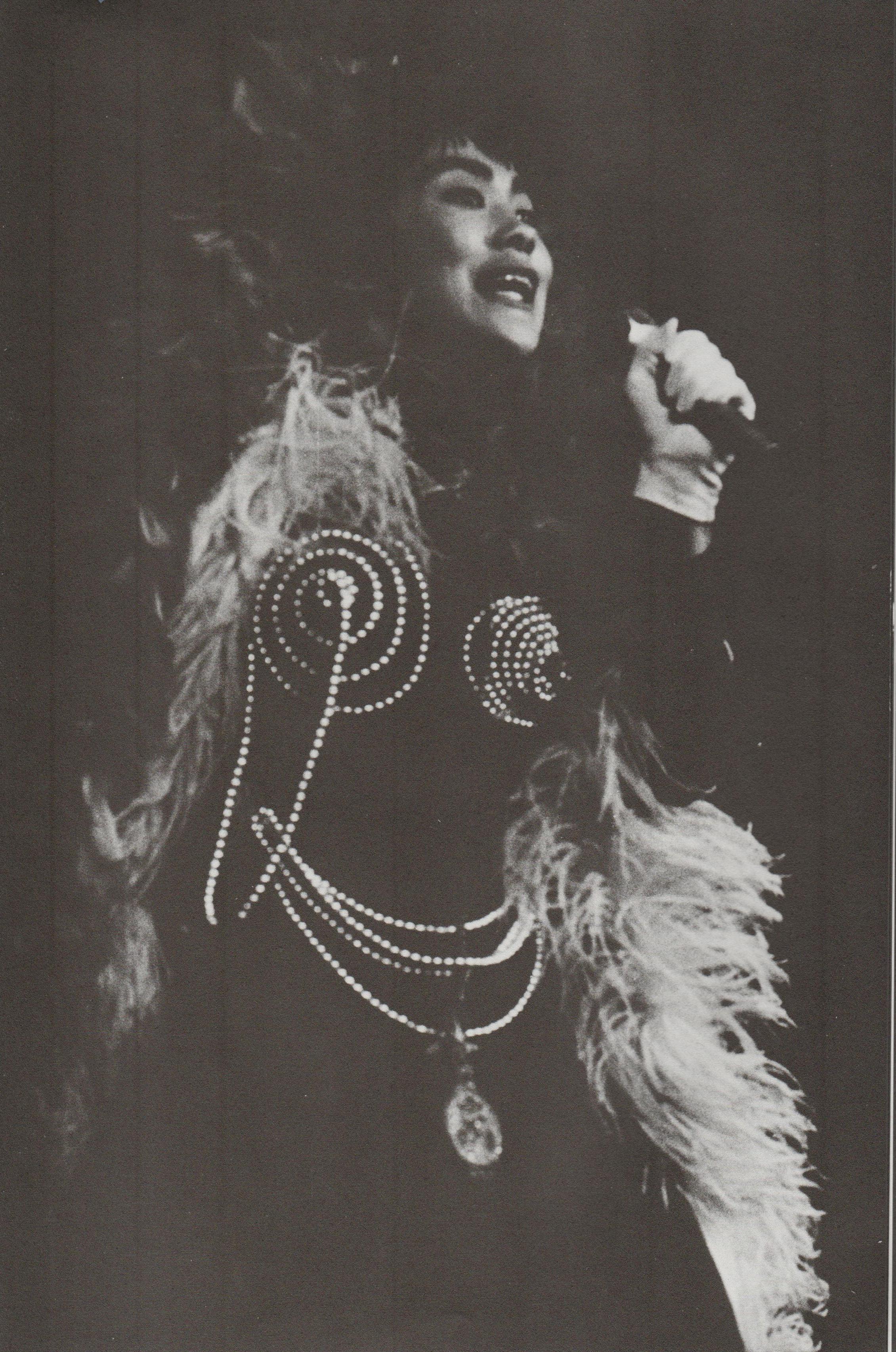 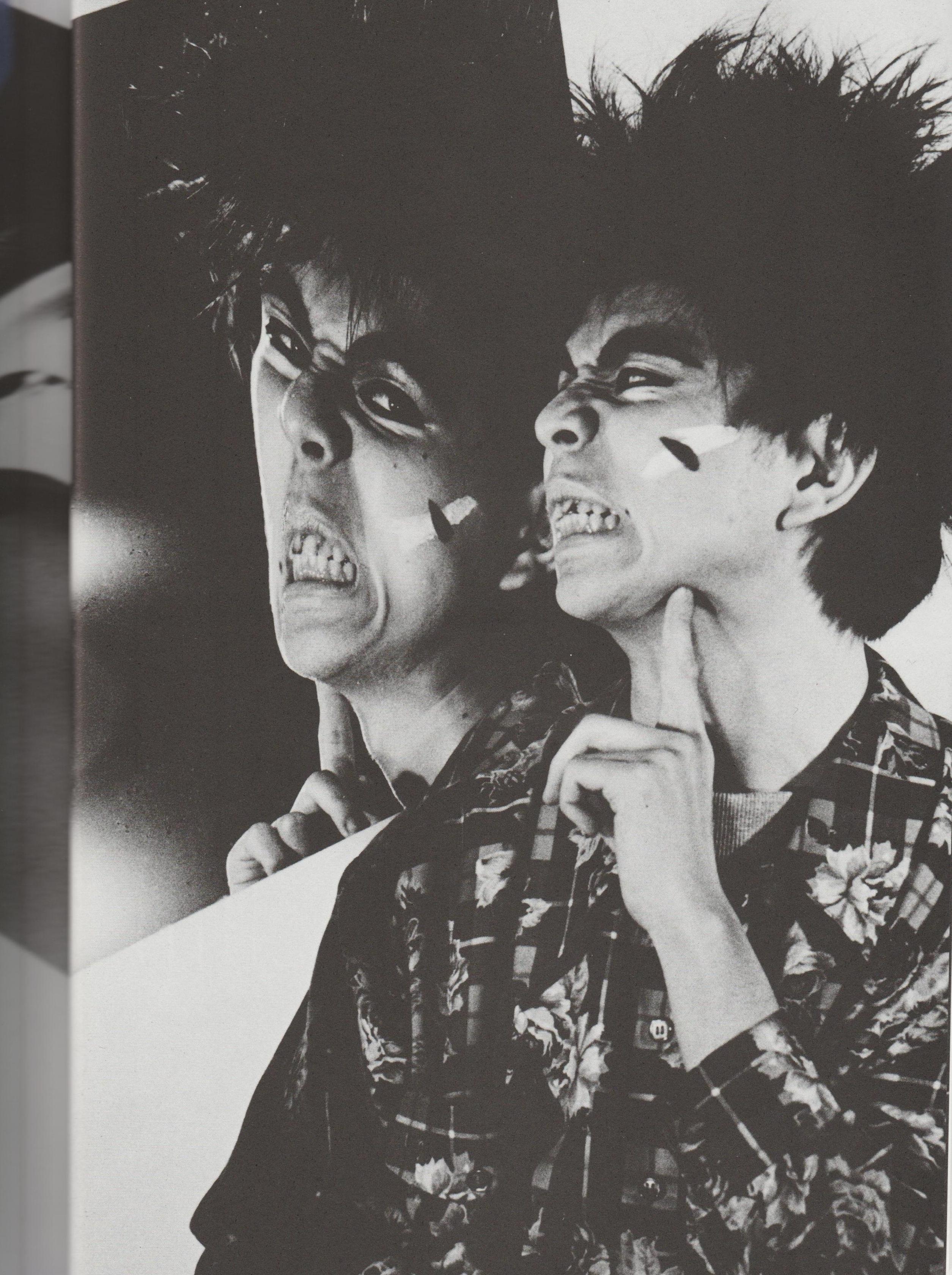 What intrigued you enough to spend nearly ten years photographing it?
It was simply these that musicians were interesting to me. To be a specialist musical photographer was a way to continue that interest.

What changed/developed across the time you knew it?
The musicians got younger. In the 1980s they were roughly between 25–30. Around 1985 they were probably 20–25. By 1990 they were younger than 20. The clothes themselves gradually became more striking, more ‘punk fashion’ too.

What was the mood like in the clubs? Rebellious? Escapist?
There were no clubs back then; there were ‘live houses.’ There was no dance scene. Rather than escapism, it was like self-assertion. That had become the norm of the time. This also affected the technical ability you need to perform with a music instrument. With a poem or a performance the guitar doesn’t need to be played well. 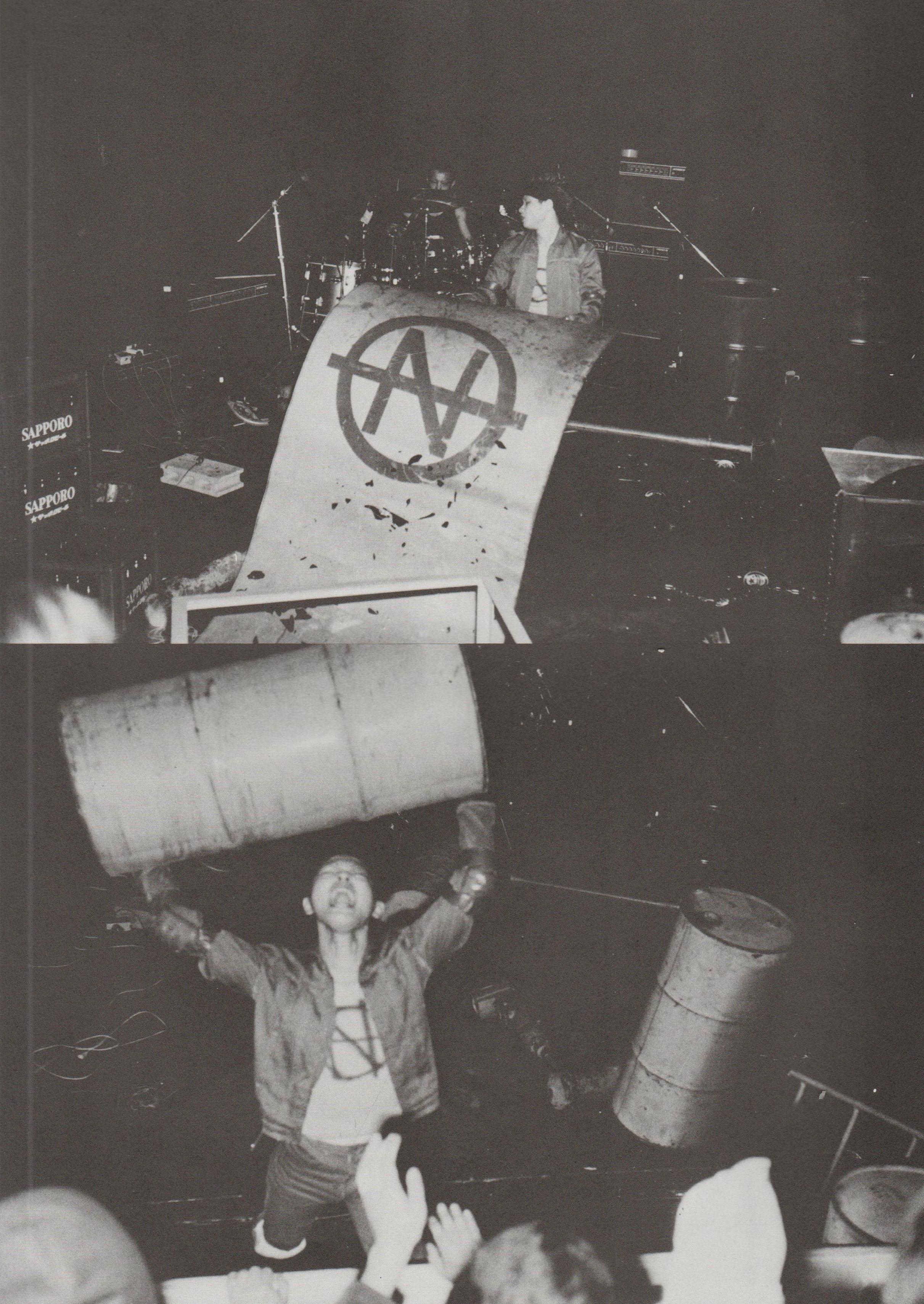 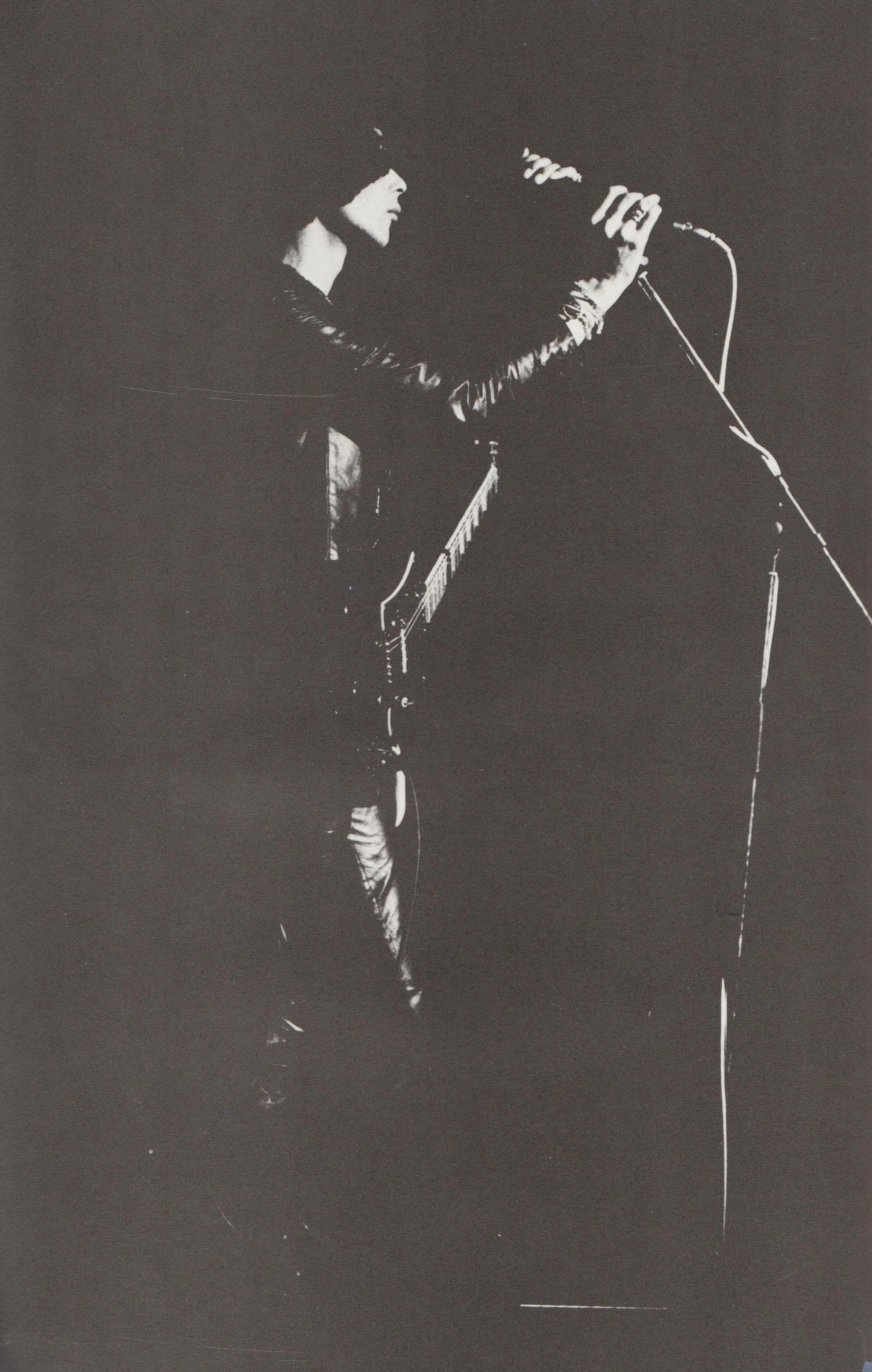 How did you seek to portray the people involved? Was it to show others what was going on or were the photographs for the people inside the scene?
This idea of seeking wasn’t necessary. The musicians were always around. They also knew they had to promote themselves. Then the word ‘indie’ was born. It was no longer necessary for musicians to release their music on a major label. It was now possible to make records from their own sources. Now it was something that could suddenly appear in front of you.

The reason for showing photos was that youth magazines or music magazines used to only follow major label artists. They were beginning to cover the punk scene, so it became possible to show photos in such media. I managed to get some income, and the bands were very happy about the coverage they were getting. Since the late 1980s they started getting interest from the media, and the major labels started to release records from potentially successful punk bands. 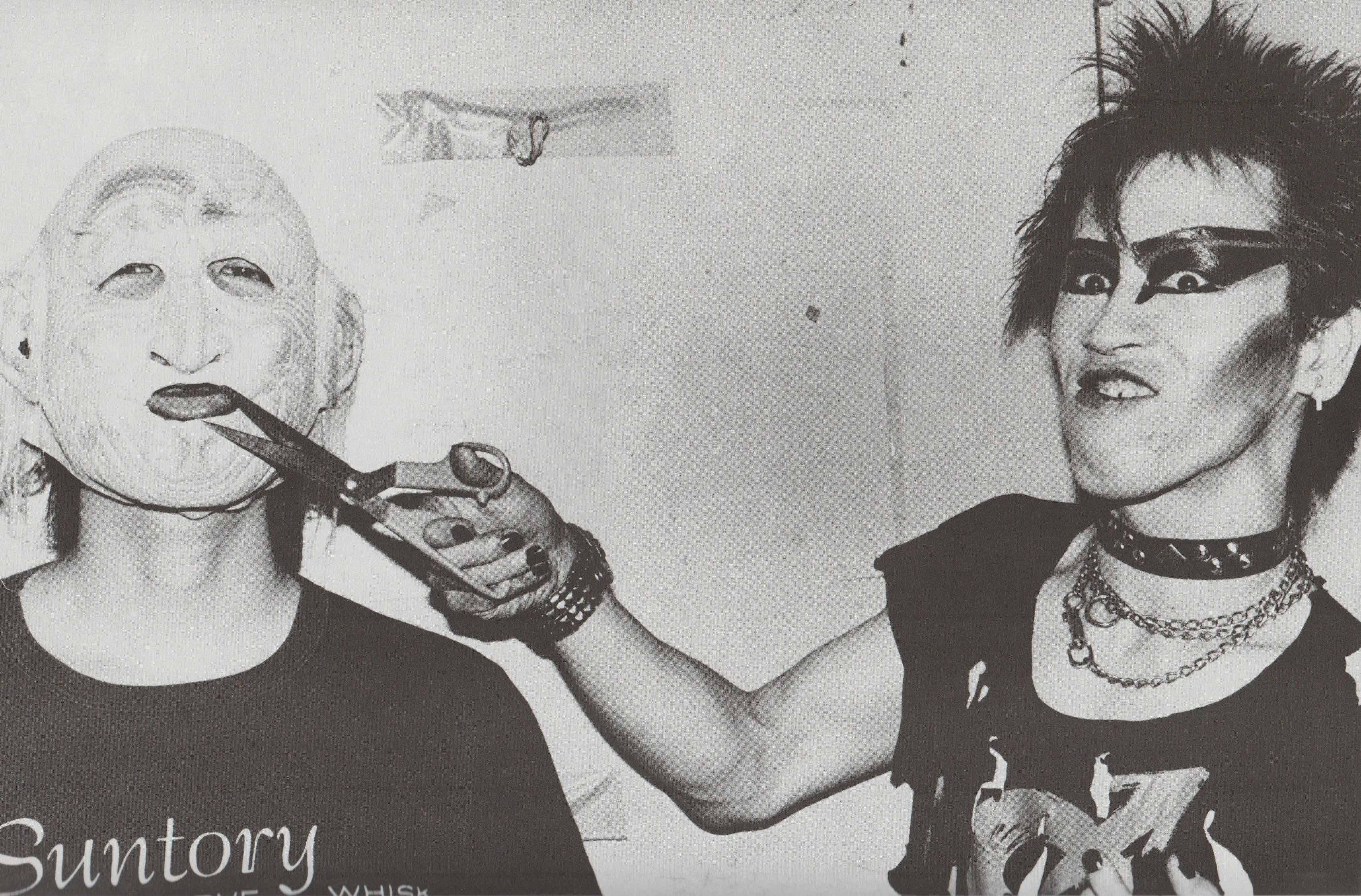 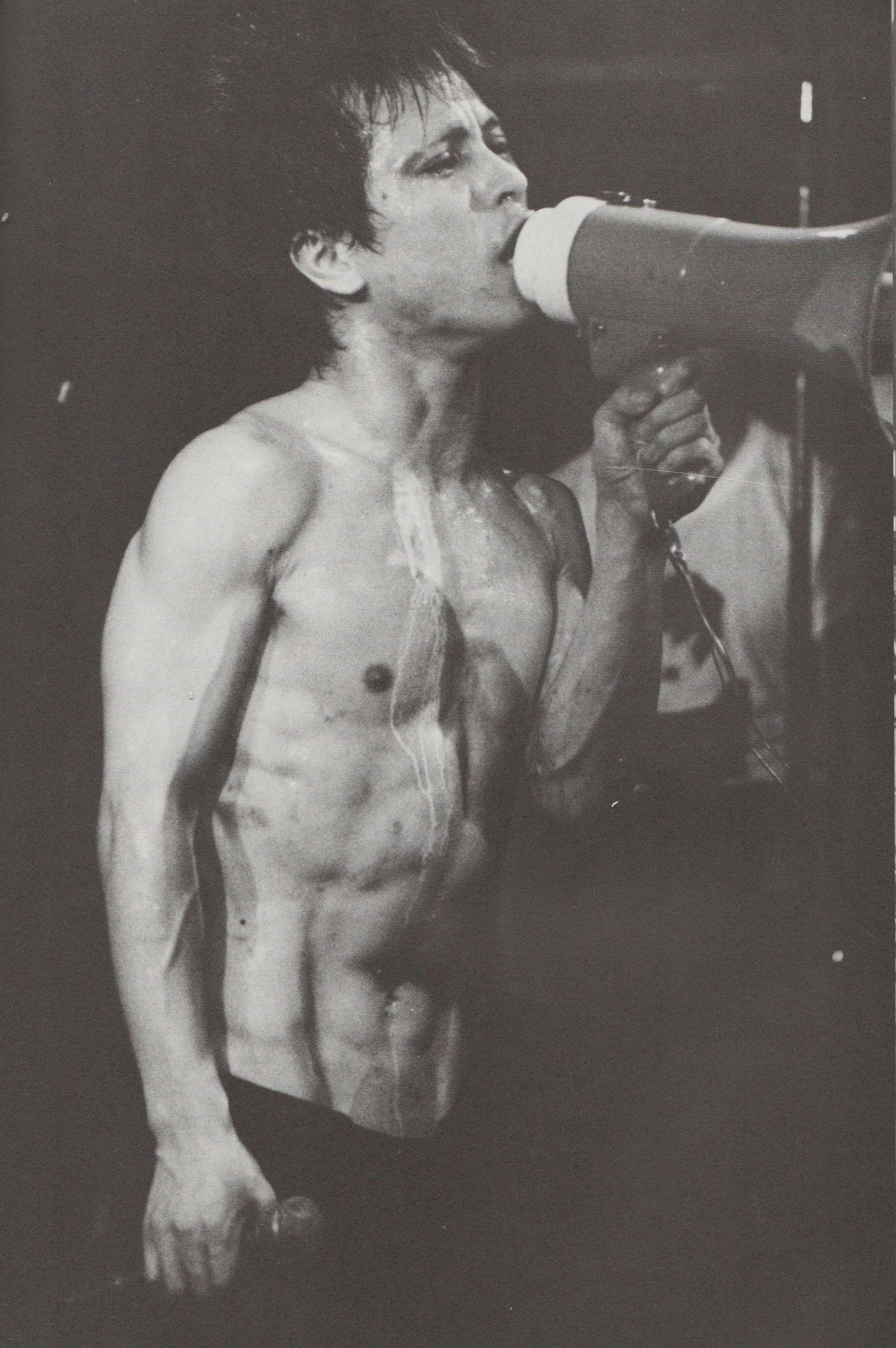 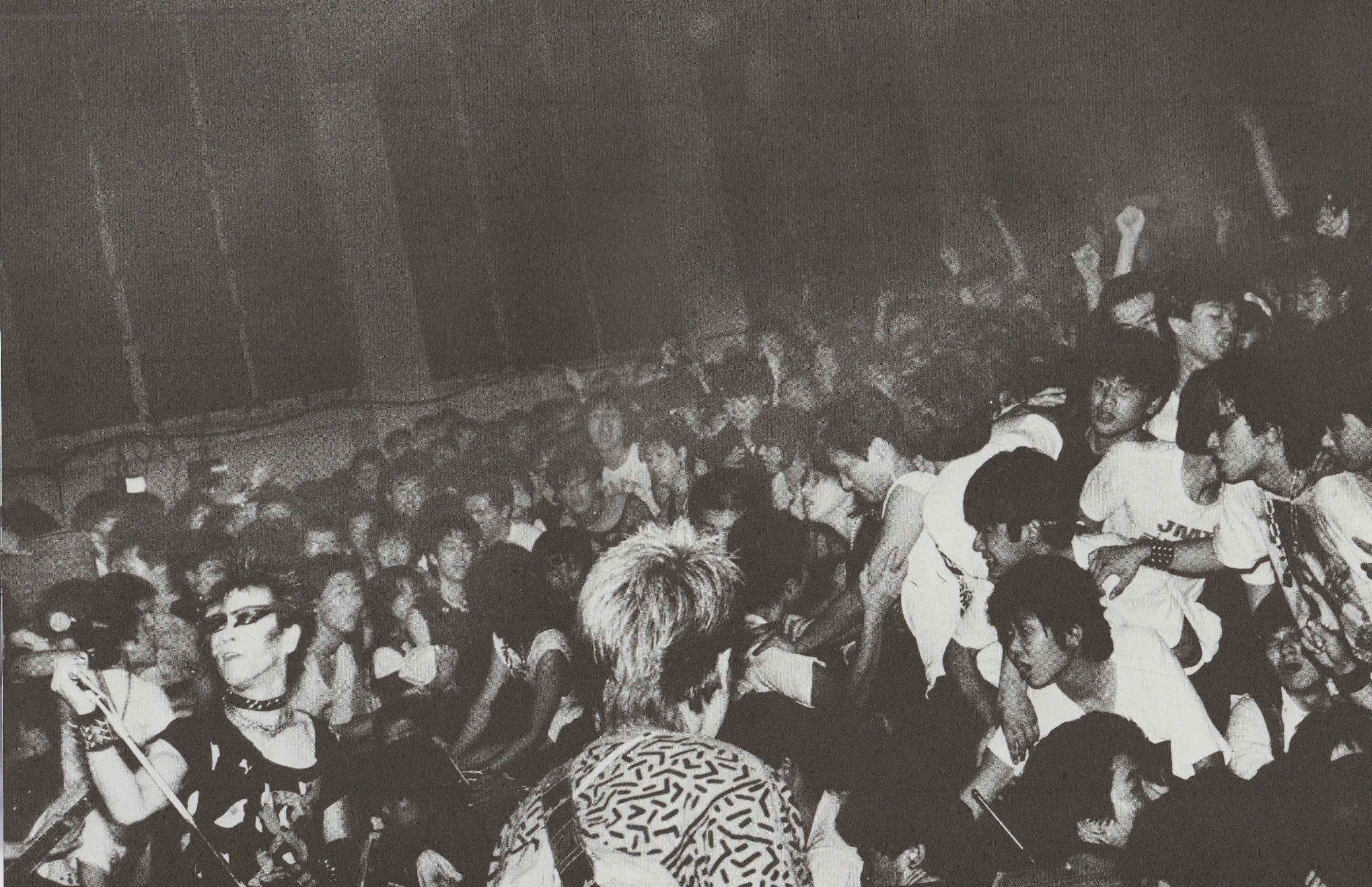 Do you stay up to date with what’s happening now? Is the ‘noise spirit’ still alive?
After 2000, I felt those movements were over. Perhaps, all the movements fell apart but some still continue. Some musicians like noise, treating it as a method of expression. What sounds like noise to some people could be a lullaby for others. When the Beatles were born, some people took one look at them and thought, ‘this is music for bad boys.’ As a result they were not accepted by adults.

Linkedin
RELATED ARTICLES
OTHER ARTICLES
To mark the premiere of his new documentary on surfing giant Gerry Lopez, the filmmaker and former pro skateboarder sits down to share his unique brand of wisdom.
A 28-year-old from Texas was forced to travel across state lines for an abortion that would save her life and end a pregnancy that her baby had no way of surviving.
After rewriting the indie rulebook with her devastating songs about romantic longing, the singer-songwriter is now imagining a future in which the artist is no longer a product.
Photojournalist Fiora Garenzi spoke with people still living in Eastern Ukraine, an area which seen some of the heaviest fighting since the war began.
A new series of photos by Johny Pitts shines a light on communities and subcultures that have all too often been overlooked.
In the latest instalment of Photographers in Conversation, the creator talks portraiture, platforms and taking inspiration from Little Simz.