The death of 16 Sherpas on Everest in 2014 went almost unnoticed by foreign climbers. But the tragedy helped the long-mistreated Nepalese guides to find their voice.

The death of 16 Sherpas on Everest in 2014 went almost unnoticed by foreign climbers. But the tragedy helped the long-mistreated Nepalese guides to find their voice.

In the summer of 2014, Mount Everest experienced what was at the time the worst mountaineering tragedy in its history. When an avalanche struck and killed sixteen Sherpa guides, filmmaker Jennifer Peedom inadvertently ended up documenting a groundbreaking moment in Sherpa history. She was there to shoot an exploration into developing unrest between native Nepalese Sherpas and the hundreds of glory-seeking tourists they guide up Mount Everest every summer. But it wasn’t until the cameras started rolling that her film became something radically different.

With conflict already in the air, the deaths of the guides had brought to the surface inequalities and long-standing oppression in the relationship between Sherpas and the westerners they annually endure. Long having been witness to a holy place morph into an overcrowded tourist trap, amplified by low pay, high risks and ill treatment, the Sherpas were over it. So they decided to strike, realising their presence can make or break an entire industry.

Through archive footage and first-hand testimony, Sherpa explores a people historically mistreated, undermined and depicted as colonial ornaments, expected to fulfil the cliché of grinning subservience. Context is granted in the form of Tenzing Norgay, depicted as a cheerful if mostly silent Sherpa celebrity after guiding the first successful Everest ascent in 1953. But the inequality he experienced at the time, including being awarded the second-tier George Medal instead of the Knighthoods afforded his white peers, seemed to set a precedent for future treatment.

Peedom’s narrative, however, recognises a generational shift. One of the first generations to experience traditional education, along with forms of activism and rebellion via the internet, young Sherpas are vocal, expressive and self-actualising in a way that their predecessors couldn’t be. The only individuals able to withstand crippling altitudes and guide a safe path for western climbers, they recognise how fundamental they are to the industry, along with the power they actually wield. 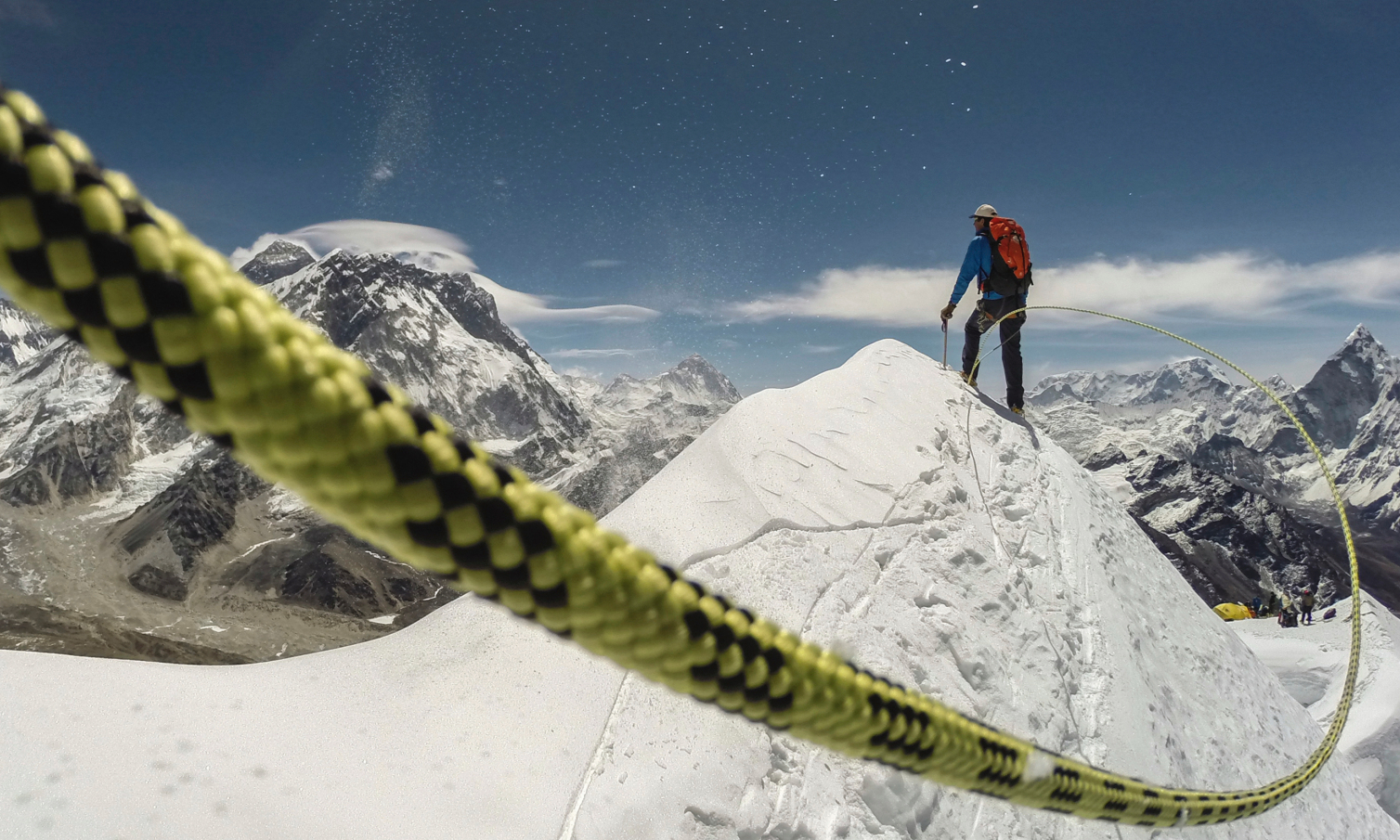 White faces permeate the film, though outside of occasional contextual narration from writer Ed Douglas, they are almost universally villainous. Russell Brice, manager of the mountaineering company at the heart of the story, is a strange one. He expresses empathy and appears to care deeply for the Sherpas in his employ, but distorts the truth and later outwardly lies in order to suppress group tension. Preferring a fence-sitting approach rather than properly addressing the Sherpa strikes, he’s a fascinating contradiction of very human compassion and capitalist exploitation.

Certain western mountaineers glimpsed here and there are also inexplicably shameful. One chastises the “owners” of the Sherpas for not keeping them in line once they launch a strike, others treat the 16 deaths as little more than a burden spoiling their expedition.

Peedom’s direction is both tense and subtle, as if her camera is weaving into secret conversations, where characters become stoic and strong, or alternatively hang themselves with expressions of shocking ignorance. She’s accompanied by Sam Petty’s masterful sound design, never better than in the film’s central avalanche – a thundering, guttural boom so intense that it momentarily blacks out the screen.

Along with The Hunting Ground and Black Panthers: Vanguard of the Revolution, Sherpa is another 2015 documentary depicting minority voices fighting against forms of oppression. It’s an important, relevant theme granted even more credence by the film’s depiction of the scale and majesty of the mountain itself. Often photographed in sweeping, panoramic shots supplied by cinematographer Renan Ozturk, it is grand and cinematic in a way that contrasts nicely with the more ragged, handheld quality that takes over once the strike kicks in.

Worshipped by the Nepalese people, the community views Everest as mother nature in its purest form – they pray to her, expect respect for her, and treat the Sherpa deaths as symbolic of her demands for change. One scene depicts a fight breaking out when a foreign climber launches into an expletive-ridden tirade while climbing, unaware of the spiritual significance of the mountain. It might sound dramatic on paper, but watching Sherpa, you can’t help but become a believer yourself.

Sherpa is in cinemas from December 15, and will be broadcast globally on Discovery Channel in 2016.

Linkedin
RELATED ARTICLES
OTHER ARTICLES
Photojournalist Fiora Garenzi spoke with people still living in Eastern Ukraine, an area which seen some of the heaviest fighting since the war began.
With the virus now a global health emergency, we must take steps to fight misinformation and demand a swift UK-wide vaccine roll out, writes Phil Samba.
The government’s brutal crackdown on NGOs has left victims of rape without anywhere to seek help. And now, as the country plays a key role is Russia’s war, things are only getting worse.
As the Criminal Bar Association enters its fifth week of action, criminal barrister Russel Fraser explains why the legal professionals have walked out and how action is likely to escalate.
With the Women’s Euros in full swing, last week saw glorious, sweaty celebrations take place in a dedicated, safe space for female and non-binary fans.
Ahead of the release of his new album, the producer reflects on his battle with drug use, getting into painting and what Madonna taught him.