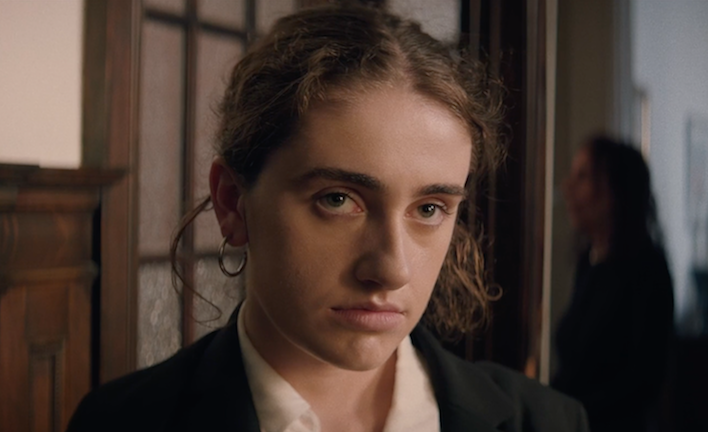 The first-time director discusses her new high-octave panic of a movie about a young bisexual Jewish woman, portrayed by Rachel Sennott, who runs into her sugar daddy at a shiva.

The first-time director discusses her new high-octave panic of a movie about a young bisexual Jewish woman, portrayed by Rachel Sennott, who runs into her sugar daddy at a shiva.

Emma Seligman is full of anxiety. She was, at least: half a decade ago, the first-time director was wrapping on the NYU thesis film that would precede her feature debut, also called Shiva Baby – a succinct eight minutes that, as is so often the utility of shorts, served as her artistic calling card. “I loved it, I had incredible professors, I feel extremely grateful that I got to go there,” she says of her time at NYU – which, as she humbly reflects, is one of the world’s best film schools.

Anyone who went to art school, however, will know just how competitive everything can be. These are the first steps, after all, into a world of professional precarity. To frame it in the most competitive and dichotomous of terms, this is where the winners and losers are made. If you can’t stand the heat, you’ll quickly learn to get out of the kitchen.

“It motivated me quite a bit, even though it definitely bred insecurities, and preyed upon them quite intensely,” Seligman says. “At the time. I was really anxious and stressed about my future, but looking back, I’m so grateful that I had that experience.”

There’s a direct pipeline between the anxieties of late adolescence and the frenetic, self-conscious terror of Shiva Baby. The film centres on Rachel Sennott’s Danielle, a young Jewish woman on the verge of leaving college and, well, a breakdown. The first five minutes see her rush off to a shiva – a Jewish funeral tradition – after hooking up with her sugar daddy. It’s pretty subdued, at first: nosey distant relatives disingenuously quiz her on her post-college aspirations. But then, enter the sugar daddy – and not just alone, but with his wife and shrieking baby in tow. Cue nauseous spiralling.

There’s no doubt: when it comes to exciting feature debuts, Shiva Baby is right up there. Huck talked to Seligman about why anxiety is such a potent cinematic tool, meeting Sennott in an NYU basement and how the film’s success is yet to hit her.

You’ve talked about your cinematic reference points before – The Safdies’ Uncut Gems, Trey Edward Shults’ Krisha – very frenetic, anxious films. What is it that attracts you to anxiety in propelling narrative? Because Shiva Baby, well, it’s intense.

I think anxiety is a great way to tell a good first film; I think it’s a great way to communicate what a character is feeling and going through. In Shiva Baby, I didn’t have many other tools or strategies that would keep an audience engaged within one setting and one day. So I think, on a practical level, it was very useful. But on another level, Danielle’s experiencing the horror movie that is every day as a young woman in her mind.

At that time, when you just have no idea what you’re doing, your self worth and your sense of sexual power is being gripped, and it’s being taken away from you – you’re just having that quarter-life crisis moment. That feels pretty anxiety-inducing. I wanted to be able to communicate that, and I worried so much, first of all, that it wouldn’t read for an audience. So I tried to make it as clear as possible, what she was feeling. It became a horror movie because, I was like, ‘we have to make sure they’re engaged.’ 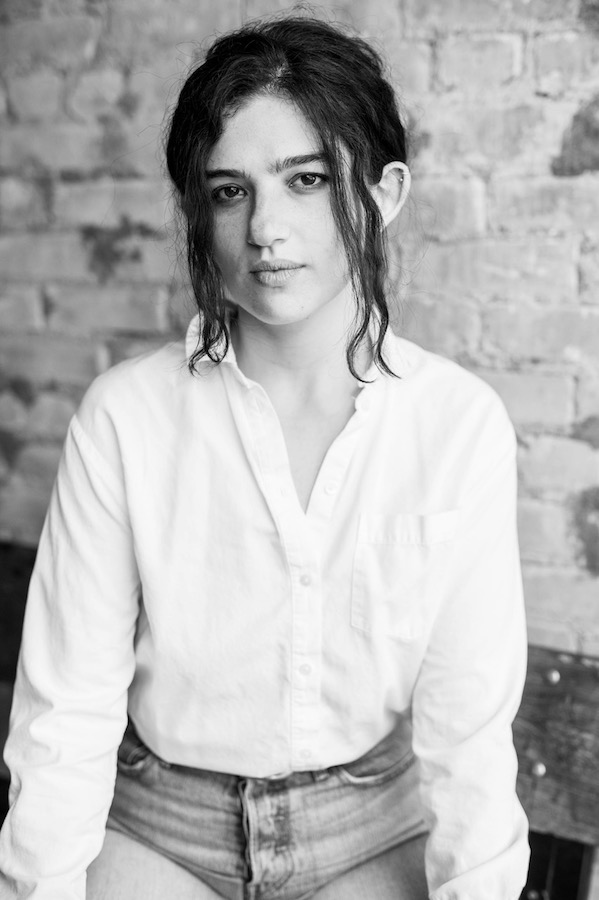 There’s a lot of broader social and political contexts the film looks at, too – when you tackle a new project, do you think about those things? Or do they come naturally through the storytelling process?

I think they just came through. I was just trying to make something that I could relate to and, you know, put my anxieties and feelings as I was approaching graduation into a story. But I have heard that with other cultures – not the US or Canada – that it has a slightly political context, or social context. I just find that interesting, that existing as a young woman, or a young Jewish girl, whatever it is, can then be taken that way.

It can be interpreted, and it’s inherently, political, but no, I didn’t think about that. I certainly wanted to make something that young people, and young women, can relate to, and that would make them feel less alone. But I wasn’t trying to make a statement: that can lead you down a dark path, one that isn’t going to tell a very good story or narrative.

You and Rachel Sennott, the film’s lead, worked together on the short film that led to Shiva Baby. How did you guys meet?

I saw her in other student films. I’d seen the sketches she’d written and starred in, because she’s obviously a comedian as well, and has a wonderful Twitter presence. And I just asked her to audition. I thought she was really funny, and she had the right look. It sounds kind of silly that she auditioned for a short film, but at NYU, that was very serious: we met in the dorm basement, where we auditioned a number of people. And we did callbacks. [Laughs.]

Picking a shiva as your key setting, I think, is pretty novel. I didn’t actually know what a shiva was prior to seeing the film.

I went to a lot of shivas growing up, and sometimes they were for people I didn’t know. And I thought that was funny. I thought that sort of atmosphere felt pretty much the same as any other family event, which was funny to me, because we had just put a body in the ground. I just always found it interesting, this inherent contrast. I think that’s the way Jews process things: through humour, through the same kind of storytelling, through talking and bragging, and invasive questions, and stuff.

Also, you know, Danielle does some pretty questionable things, and the shiva is probably the one that most demands respectability out of, probably, all of the events. You should probably be respectful when people are mourning someone who’s passed away. So I thought that was funnier. Also, in terms of setting it out of a Jewish family function in general, I think, on a practical level, it was really easy for me to write the dialogue: it felt like second nature for me to set it there. It made authenticity, and good dialogue, really easy to capture.

Your next film, Bottoms, has been described as a sex comedy with a queer twist. And again, it’s with Rachel. How far are you into planning that, and how is everything going?

It’s going well! She and I have been writing that for four years, since we wrapped on the short film for Shiva. I’ve really always wanted to make a big comedy-comedy, and it’s much more up Rachel’s alley. She’s a great, great jokes writer. So it’s been imperative that I had a co-writer, and she really wanted to make something like this, too. It was perfect timing. It just made sense for us.

I hope it goes soon, but we’re still in the development process, working now with wonderful supporters, and our studio, and our producers at Brownstone. It’s really cool to see it grow beyond the NYU basement where Rachel and I first started writing. We’re really proud of the process. But, you know, I’m not trying to jinx it. I don’t know what will happen.

To come from writing Bottoms four years ago, off the back of the Shiva Baby short, to where you are now – I imagine it feels pretty crazy, right? It’s very cool.

Yeah, it feels great. I have pretty delayed reactions to things. And it’s interesting that all of this is happening now through my screen, so it still doesn’t feel fully real to me. So I think it does feel crazy, but at the same time, I haven’t really been able to fully take in how crazy it is.

I’m really proud of both Rachel and I, and everybody who worked on Shiva – it’s definitely crazy to see how far the film has succeeded for us together. I’m wondering when it’s going to hit me. It hasn’t happened yet, but it’s been fun so far.

Linkedin
RELATED ARTICLES
OTHER ARTICLES
The first-generation graffiti artist reflects on the tagging’s emergence as an art form and the players who pushed the medium forward.
Taking us through one of the most dynamic years in recent history, Laylah Amatullah Barrayn new photo book contains tender yet confrontational portraits.
After building his reputation covering the US civil rights movement in the 1960s, the photographer went on to produce some of the most enduring images of the past century.
Mass crustacean die-offs in the North East have led a community of fishermen to take action to save their seas.
Zsófia Sivák’s ongoing project documents the country’s tavern culture, preserving a once defining part of rural life.
David 'Dee' Delgado’s photo project is about honouring and uplifting the city of his youth, and a world rapidly disappearing under the relentless onslaught of gentrification.