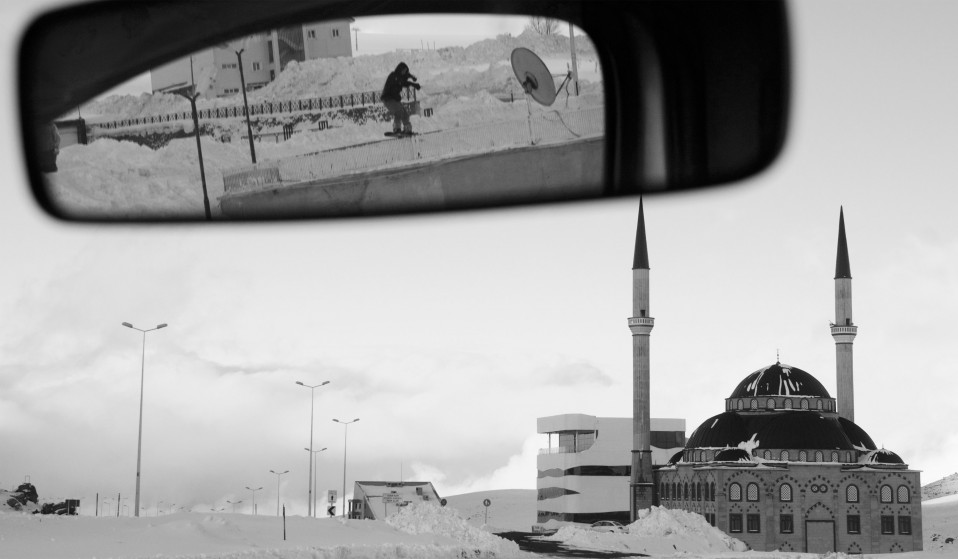 Early January this year, friends and snowboarders Niels and Sparrow set off with their crew on an adventure that took them through Turkey, India, Kazakhstan and Japan on a shoestring budget. Now that they’ve returned, they look back on their experiences and prepare to release a film to shake up the snowboard scene.

Niels, 23, and Sparrow, 22, met when they were just kids at the Burton European Open, and things quickly snowballed from there. Last year, they had been running their own production company, Taco Trip, for two years before they decided to do something radically different.

Niels explains, “The snowboard movies nowadays are really Hollywoodised, magical, thirty-minute sessions. The music on them makes it all so flawless. You don’t see any of the back story, they just land, land, land. To tell you the truth, we take 200 tries to land a trick.

“I want to bring back the rawness of the truth behind [snowboarding]… Because in the end we know how shitty it is and we still continue, so I want to show the reason why we continue.” 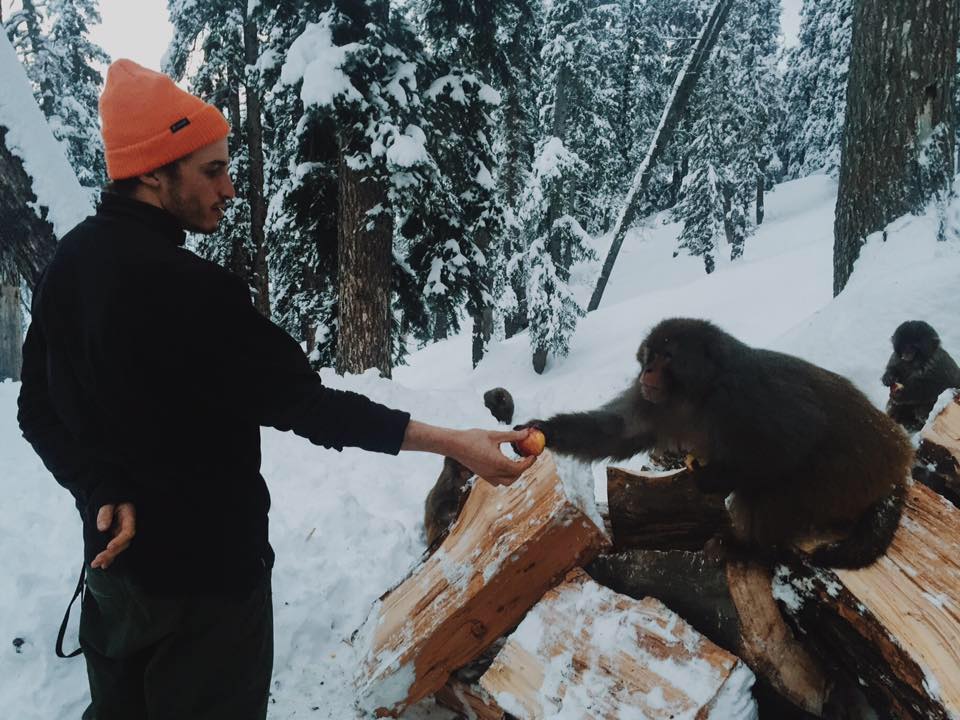 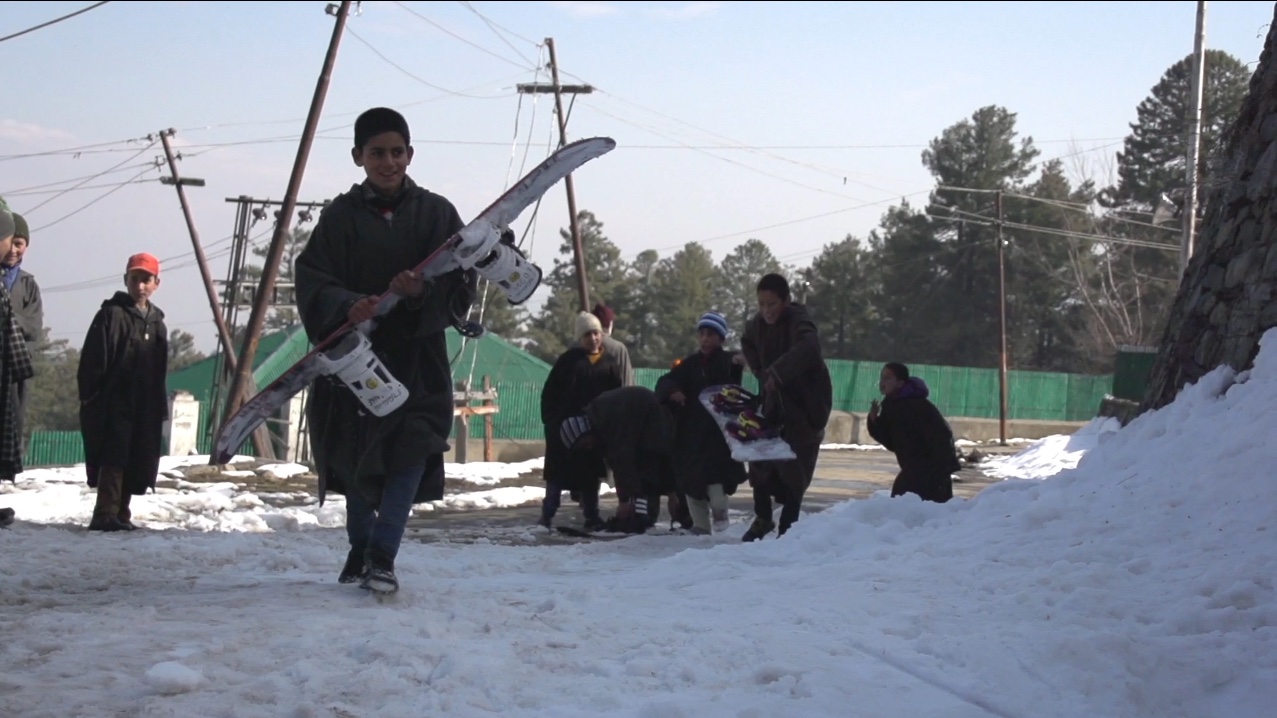 That’s where the Loose Change project was born. Back in November the crew raised over €5000 through a Kickstarter campaign, to fund a trip to four off-the-beaten-track snowboard destinations and make a film about the experience. The idea was to show a cultural side of snowboarding, to interact with the local environment and people while travelling on a budget.

“Loose Change came from the idea that we’ve always been hustling all our trips since we were kids,” says Niels. “We’ve never been really well paid so we made our own way around it. We wanted to push that honest side of how we’ve done trips all our lives but never shown.”

“Nobody from Europe this year is going to put out something like that. I mean there’s always the big four production films and then I hope this is going to give a little freshness to the usual snowboard movies that come out.”

Sparrow agrees, “I feel like often people go the same places… But [the videos] never seem to be that much about what’s happening there. They never go in depth with what the people are like, or what the culture is like, what food they eat there. I feel like that’s what we’re going to bring to the table.”

Plans were made to travel to Turkey, India, Kazakhstan and Mongolia, though the latter had to be changed to Japan due to lack of snow. The only thing left was to figure out how to make a positive impact along the way.

Neils and Sparrow thought it was important to have an element of social action at the heart of the project, and thought about creating snowboard camps for the kids. But before leaving, Niels got in touch with Oliver Percovich, founder of Skateistan. “If I hadn’t talked to him I would have been way more pushy to bring stuff that was maybe not that useful,” Niels says. “I really appreciate this idea of ‘you can’t give or know what to give to people if you don’t know them.’” 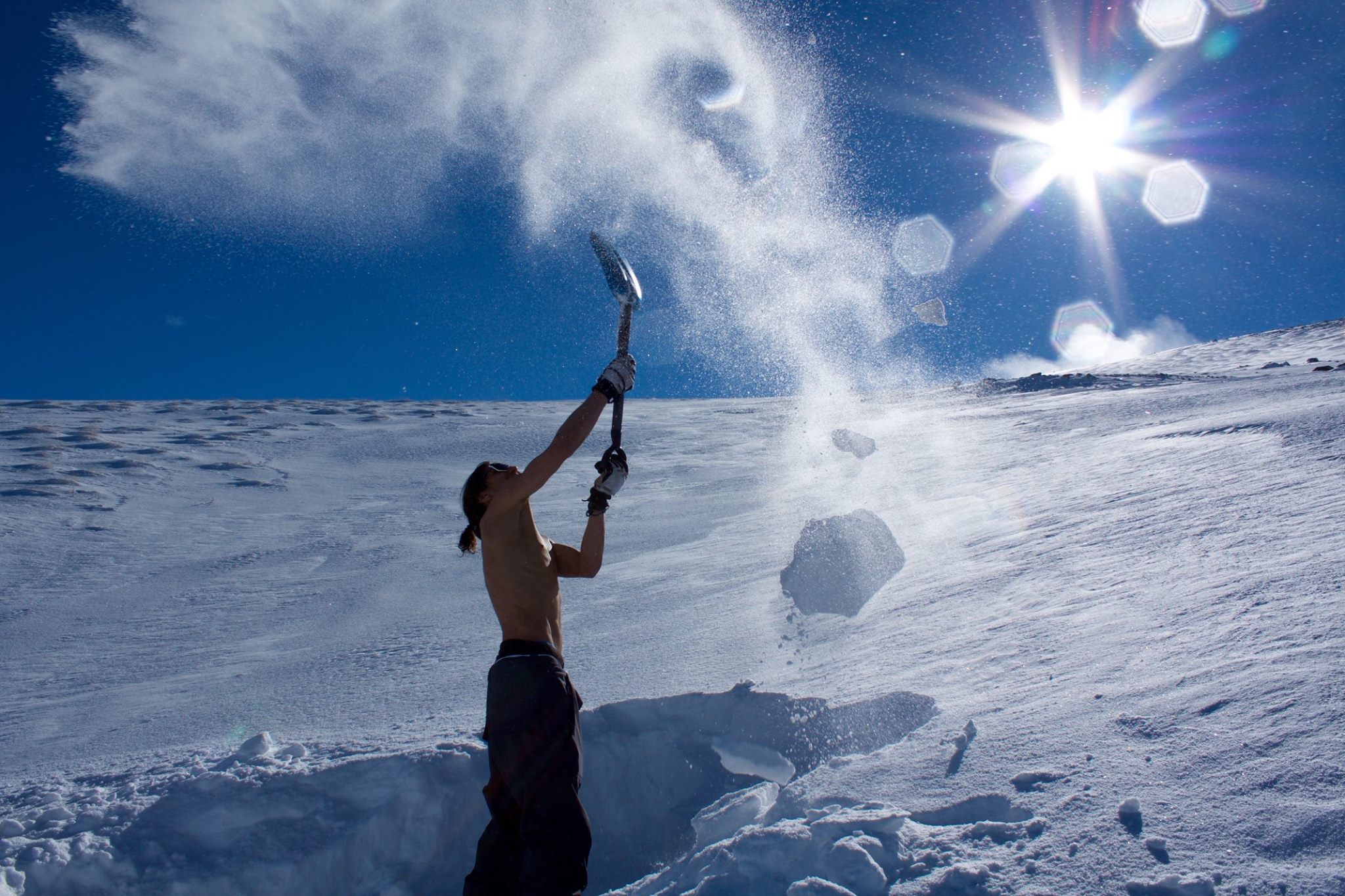 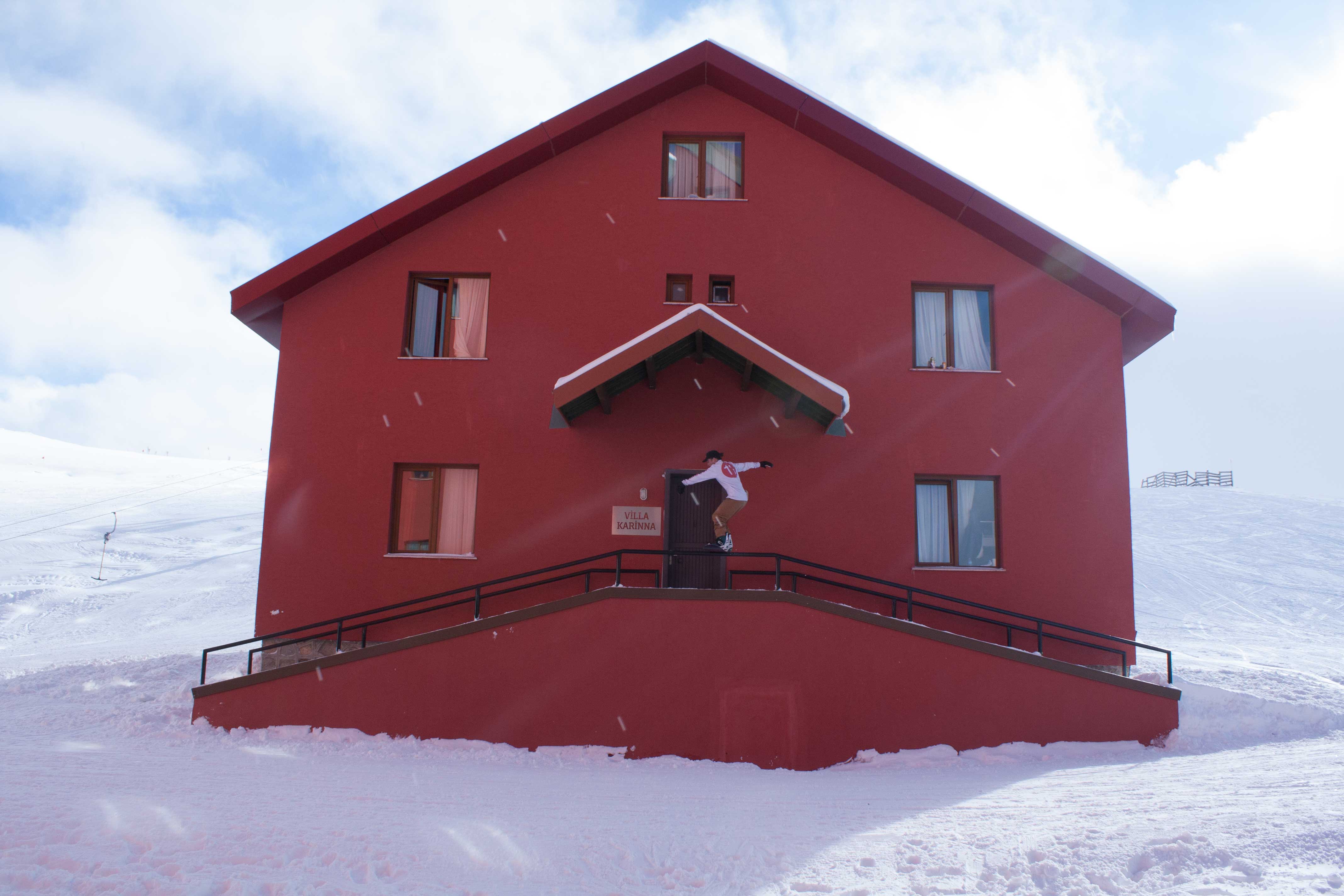 Initially, the team considered helping out and building structures for snowboarding in each of their destinations before shooting, but rather than diving in, they decided this element would work better coming after production. “We did this trip and got to know all these people, got the contacts. Now we have time to figure things out, bring people together and make the links so that things can happen,” says Niels.

Joined by filmmaker Alex Weir and journalist Dillon Crosilla, the crew arranged to meet up with a different photographer and rider in each location, including Louis-Felix Paradis, pro snowboarder from Quebec City, who joined them in India.

At their first stop in Istanbul they had the biggest snowstorm in decades, allowing them to ride in the city streets, informally teaching kids they met along the way. Sparrow remembers it as a defining moment: “That kind of set up what the trip was going to be about. There was snow and we weren’t like ‘Oh let’s go get the best shots.’ We went, rode in the park, found these kids and taught them how to snowboard.” 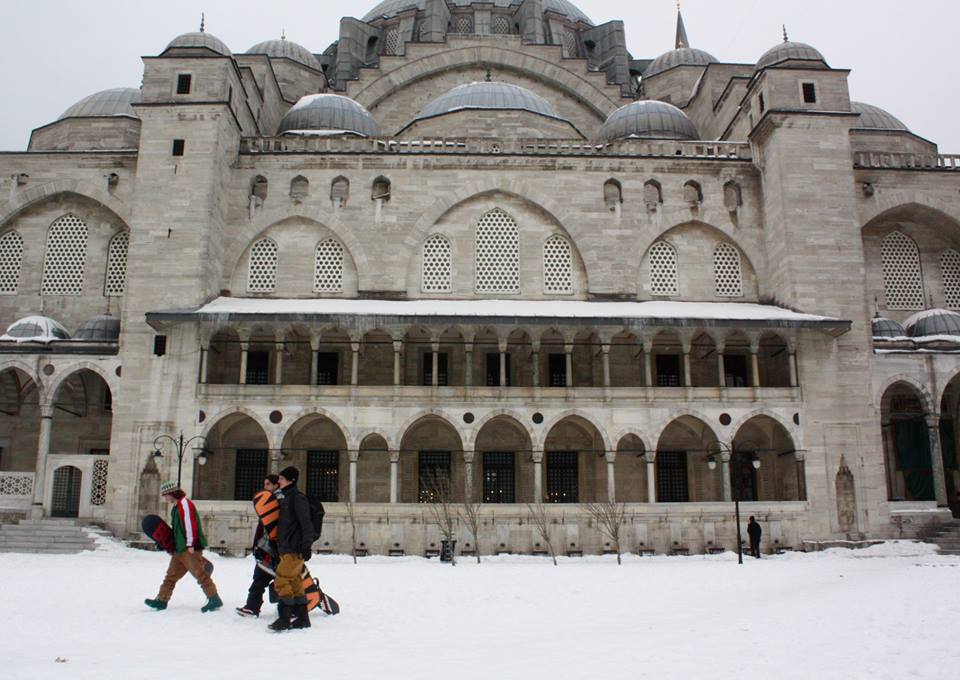 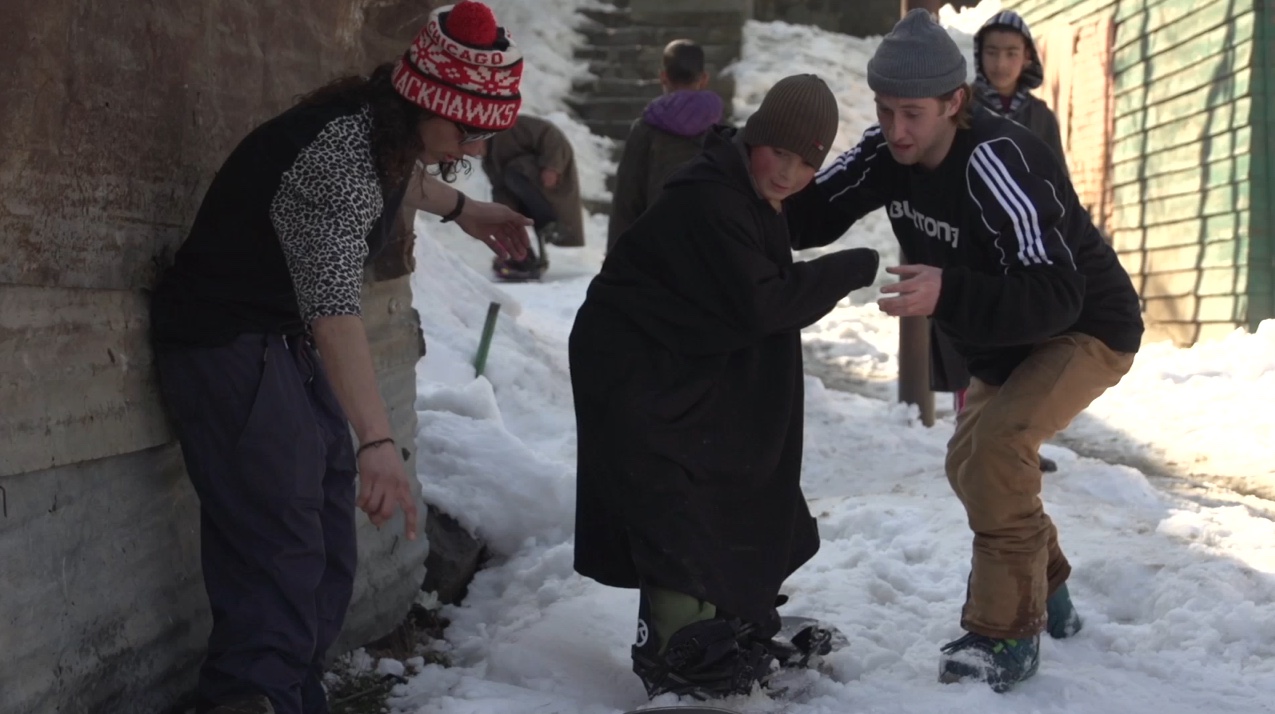 At the following destinations they found themselves in similar situations, teaching groups of kids to ride wherever they could. “They were just so excited,” says Sparrow. “I’ve seen excitement in kids when they snowboard here, but people in the UK and the US and a lot of the world – they’re spoilt without knowing it. They’ll be like ‘Oh, I could go snowboarding, but I choose not to.’ These kids were just like, ‘I’m going, right now.’ We had to pry the boards away from them. It was really sweet.”

Post-trip, Niels and Sparrow are working on setting up snowboard camps for the kids, where they can rent boards for free and only pay a small fee for transport to the mountains. “It may be a little difference to make,” says Niels. “But maybe one day they’ll become better, and one day the snowboarding scene may be way more diverse than it is right now.”

The length of the trip allowed them to spend time meeting people and discovering each country and its culture, as well as snowboarding. Sparrow recalls riding in India’s Kashmir region: “The people were very genuine there, they would help you out. We were snowboarding in someone’s front garden, and anywhere else in the world they would just be like ‘You’ve got to leave.’ But this guy watched me snap my board, smash my face in, go home, get a new board, snap it again. And they were just there, making us tea.” 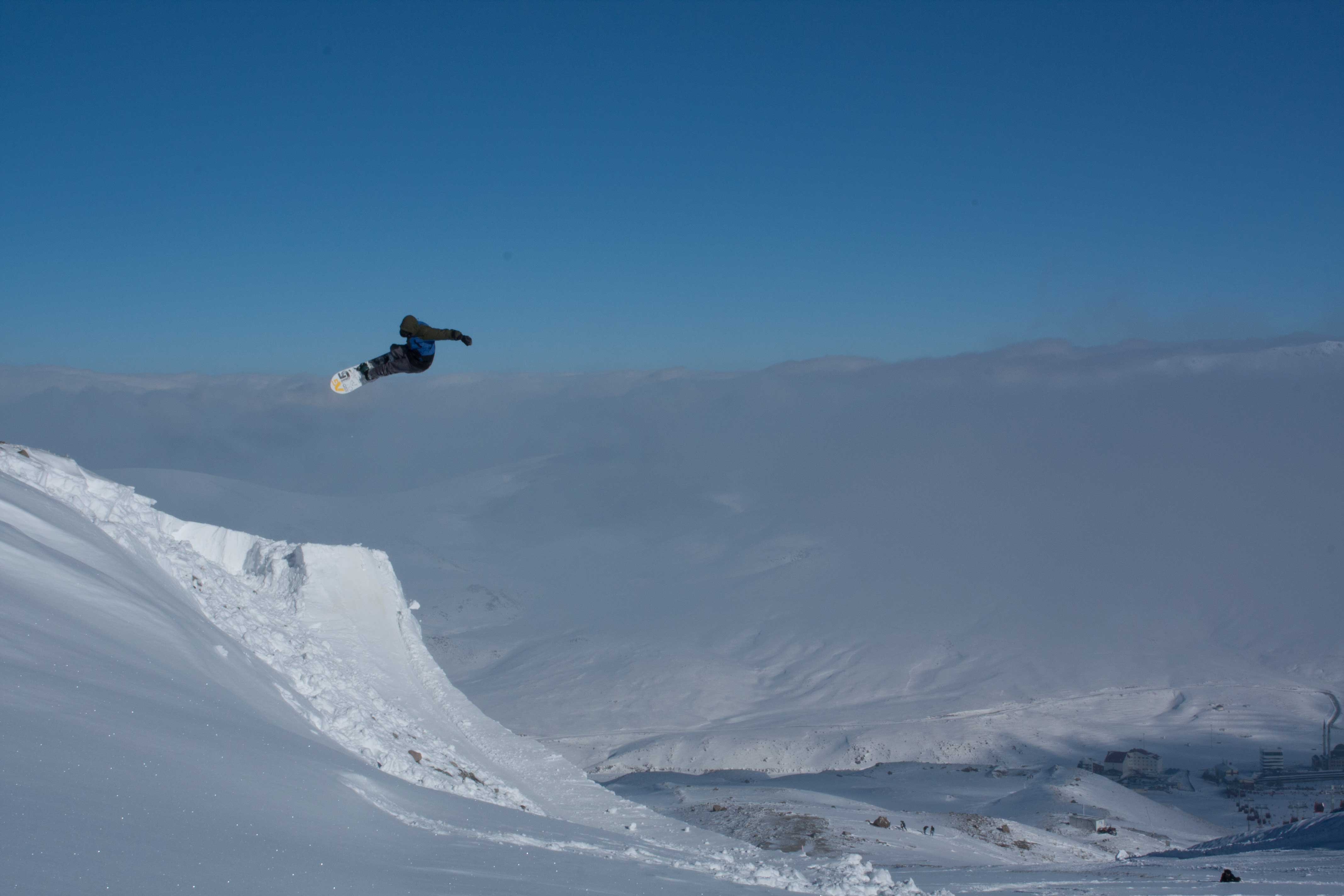 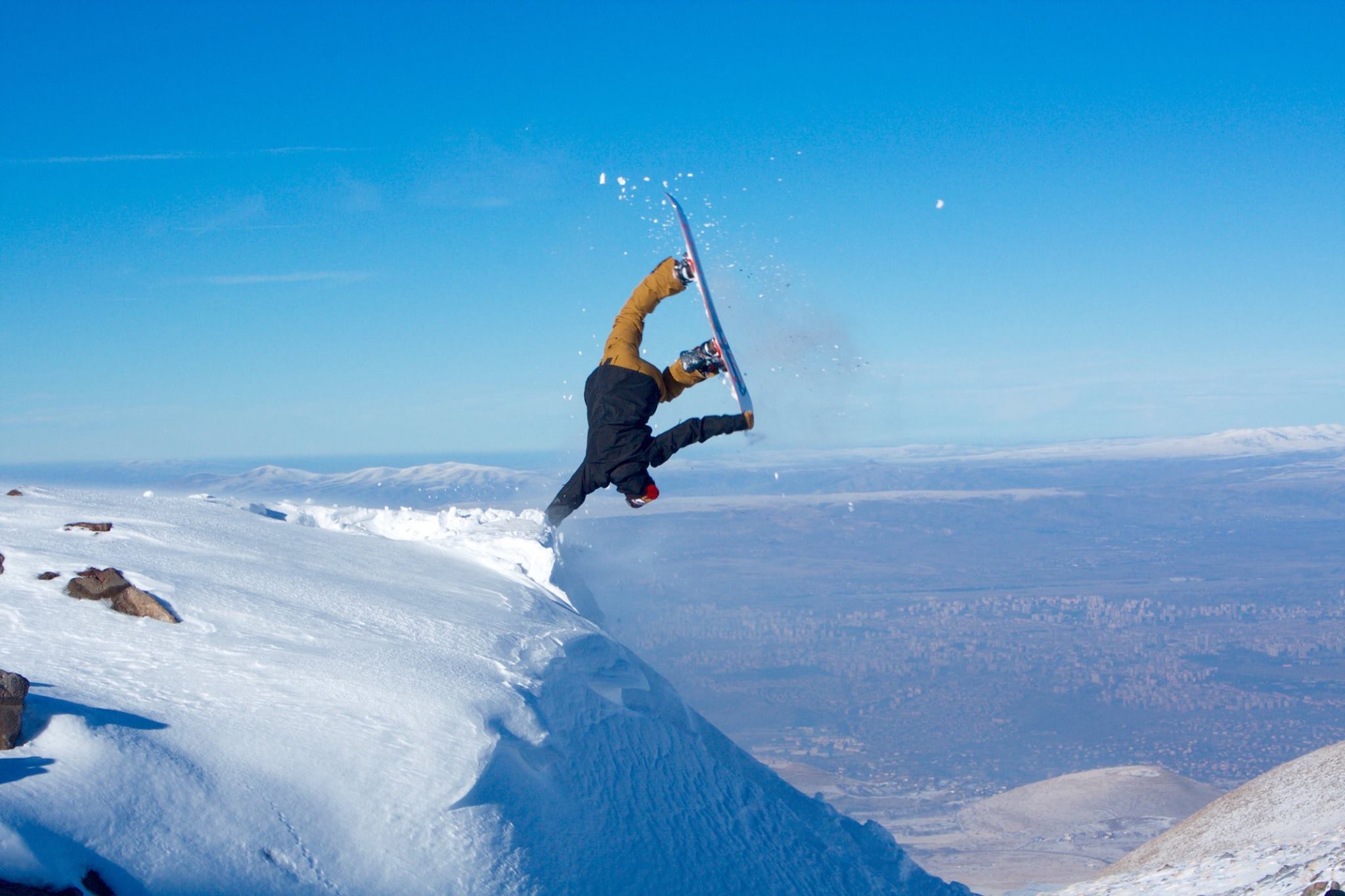 The encounters left a deep impression on the whole crew, and while the main focus of the trip was always snowboarding, the unexpected experiences left them with a new understanding of what it means to travel. “This is the first time where I went home and snowboarding was the last thing I wanted to talk about,” says Niels.

“I’m not the best snowboarder in the world,” says Sparrow.  “I love it, but I think if you can find a way to travel which isn’t just for yourself… That’s going to be more of an incentive than to make the best videos. Helping people out is a big part of the experience and you get something back because this always goes around.”

With the movie, which blends snowboarding footage with their everyday experiences, the Loose Change crew hopes to trigger a change in perception that will make the sport more vibrant and inclusive. “In the end, showing a movie where you’re riding sweet-ass powder in Kashmir, I hope it makes people want to go there and meet people,” says Niels. “And that that keeps pushing for the [snowboarding] culture there to become better. I just hope it creates a small snowball.”

The Loose Change film will be released Autumn 2016, along with a coffee table book documenting the trip. For more info head over to the Loose Change page.

Linkedin
RELATED ARTICLES
OTHER ARTICLES
Activists and campaigners are fighting back against new laws that would seriously undermine the ability to take industrial action, calling it an attack on fundamental workers' rights.
Social prescribing connects people with non-medical support to improve their health and wellbeing – but some experts worry it’s just a stick plaster solution.
Following the release of his debut single, Deyaz talks battling addiction, dealing with his struggles through music, and building a budding music career from his living room.
A recent High Court ruling against the right to wild camp in Dartmoor National Park sparked the largest land protest in history – and campaigners say their fight is not over yet.
A new law change is enabling Britain’s donor-conceived children to know the truth about their origins – but campaigners say the fertility industry must do more to protect people.
A new podcast is opening up the conversation between trans women and trans amorous men in the hope of building coalitions.