Art & Culture / The sobering splendour of the hottest place on Earth

On 10 July 1913, at Furnace Creek in Eastern California’s Death Valley, meteorologists captured the world’s highest ever recorded temperature; a staggering 134 °F (56 °C). Over a century on, this desolate, almost Martian valley is not the sort of place that locals care to stay in for too long. But for a growing number of European tourists, this vast wasteland entrances and amazes, reinforcing our captivation with Earth’s extremities. 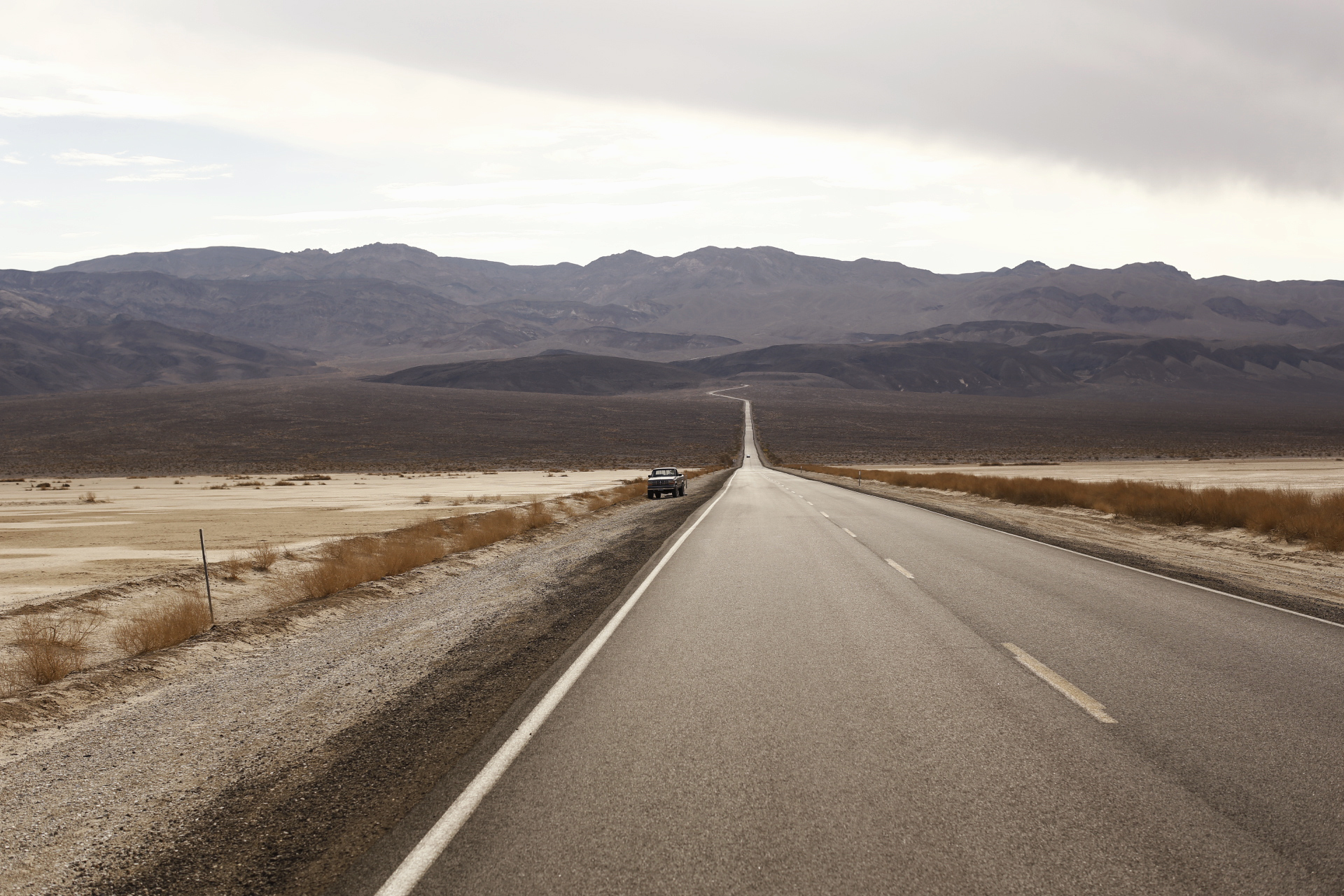 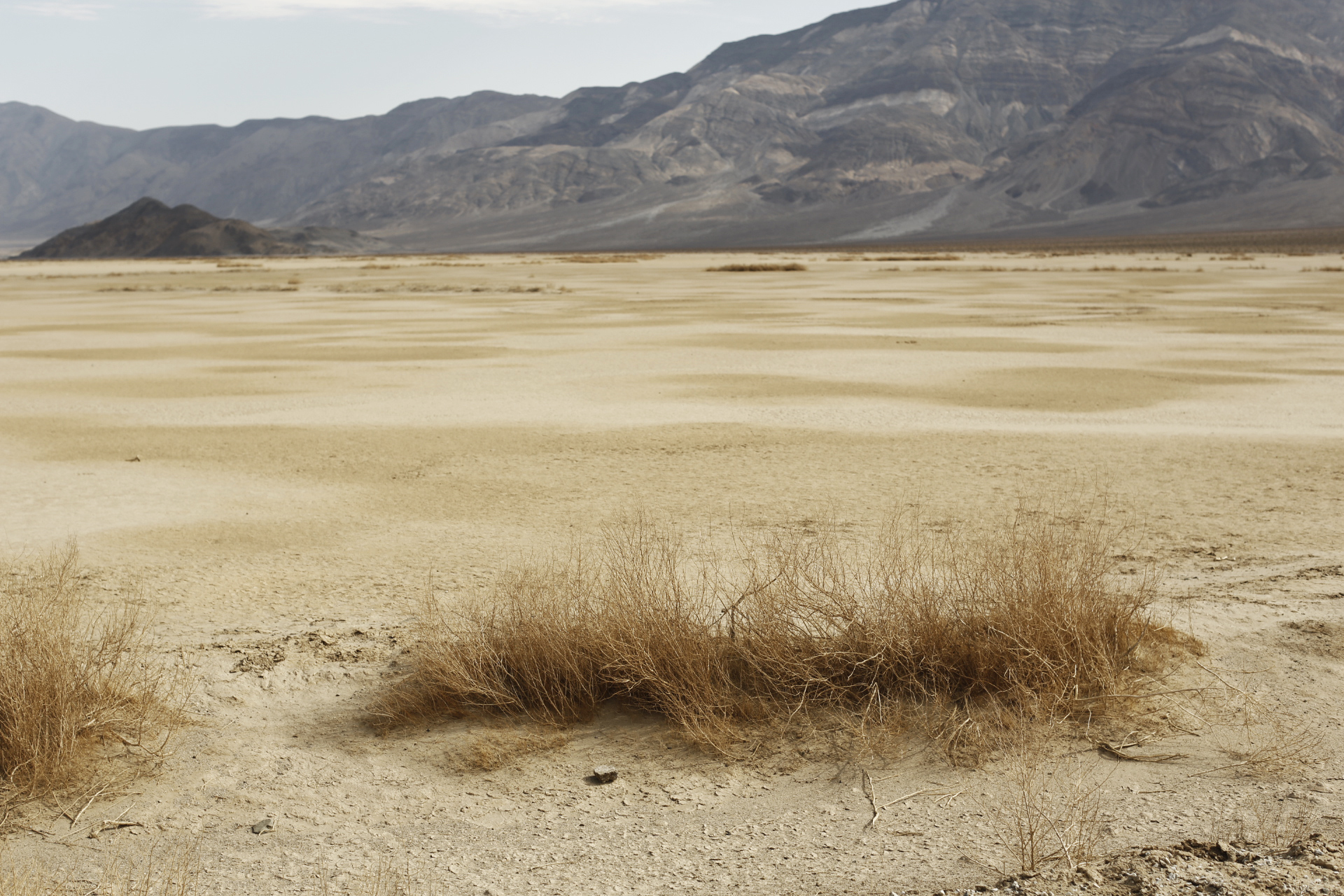 It was this obsession with our planet’s most hostile environments, that drew photographer and filmmaker Patrick Fraser to the valley, acting as inspiration for his latest short film Elevation Sea Level.

Patrick has been in the U.S. for over 15 years now, swapping sleepy Norwich for the great expanse of the American West Coast, his love of the outdoors providing a never-ending source of inspiration. Patrick’s latest beautifully shot short film meets the Europeans who, for the anniversary of Death Valley’s record-breaking temperature, made the pilgrimage to the desert’s lowest point at Furnace Creek, undergoing an almost epiphanic transformation on arriving. 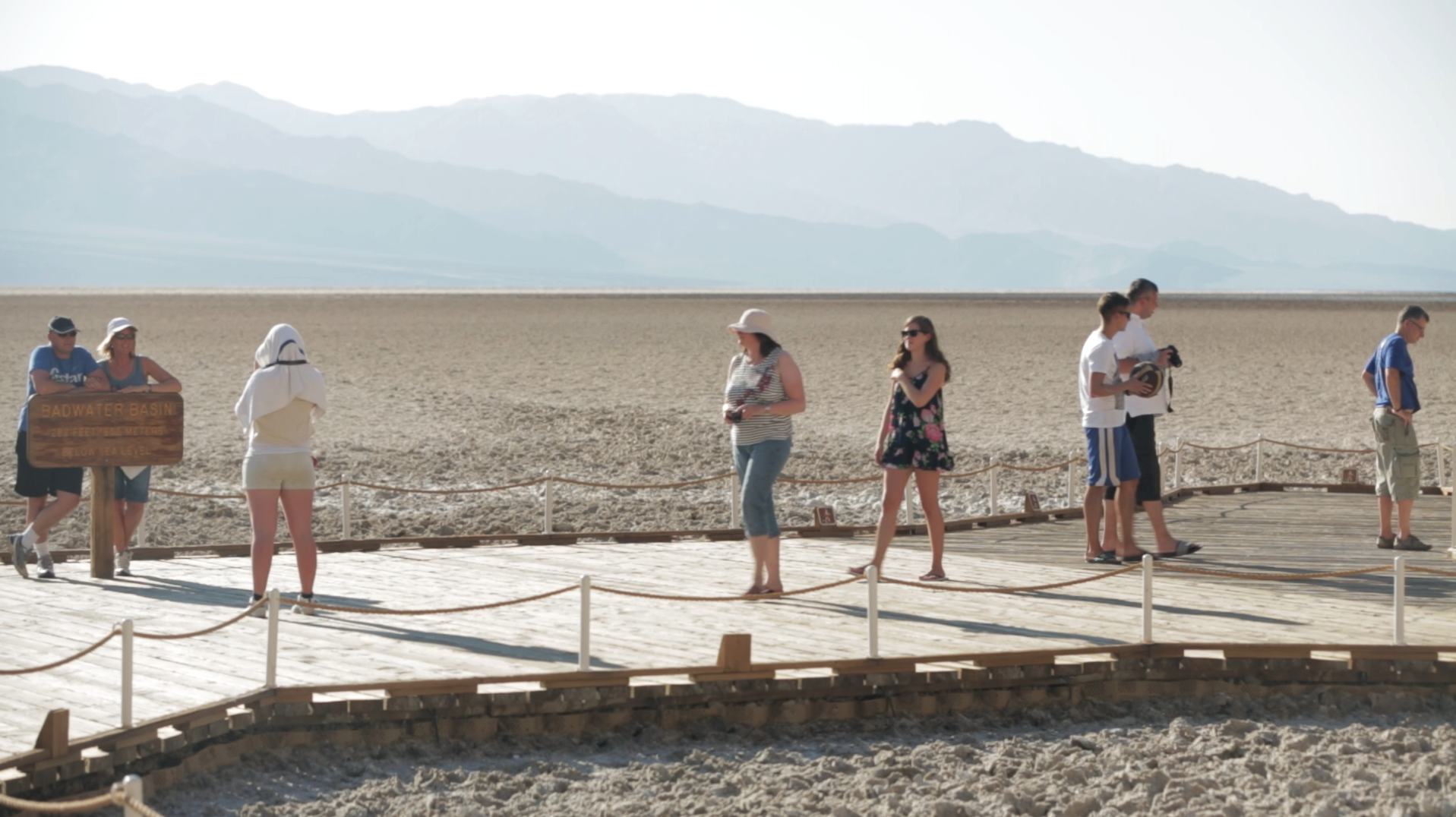 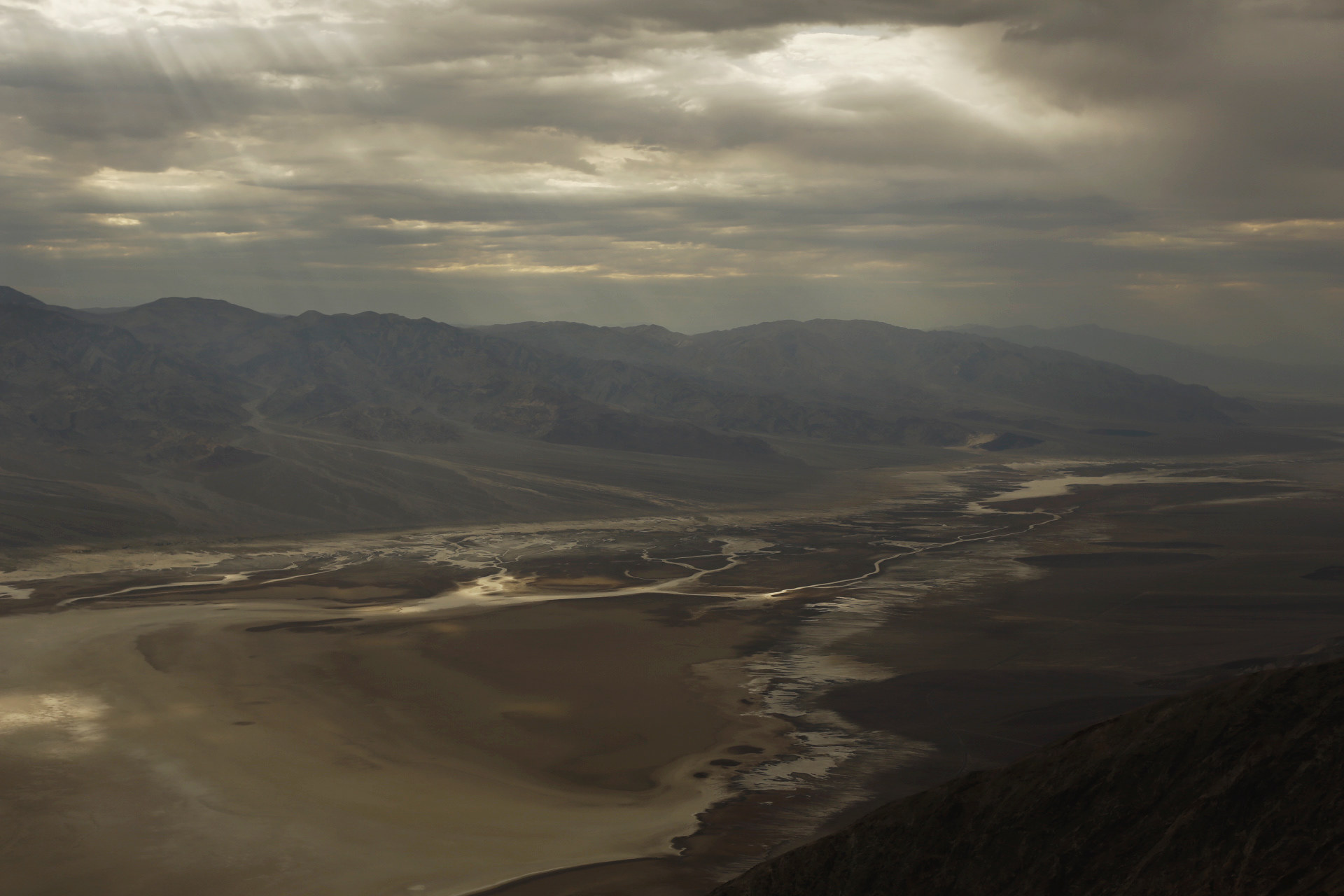 What initially drew you to Death Valley?
I’ve always been fascinated by the desert in the US; I’ve been living out here for 18 years and I’d go to Death Valley and Joshua Tree a lot. I noticed over the years that a lot of Europeans visit the valley for the anniversary of the hottest ever recorded temperature on the 10th of July, so thought it would be interesting to capture their experiences.

We collectively seem to be fascinated by ‘extremes’, wouldn’t you agree?
Thats right, we’re definitely drawn to these extremes. I think they were curious to see what these places are like and that curiosity was part of it. There was something about the tourists I met there that really intrigued me; the local people don’t really visit Death Valley but the Europeans seem enthralled by it. As a European myself, I can see how America seems like a huge adventure. 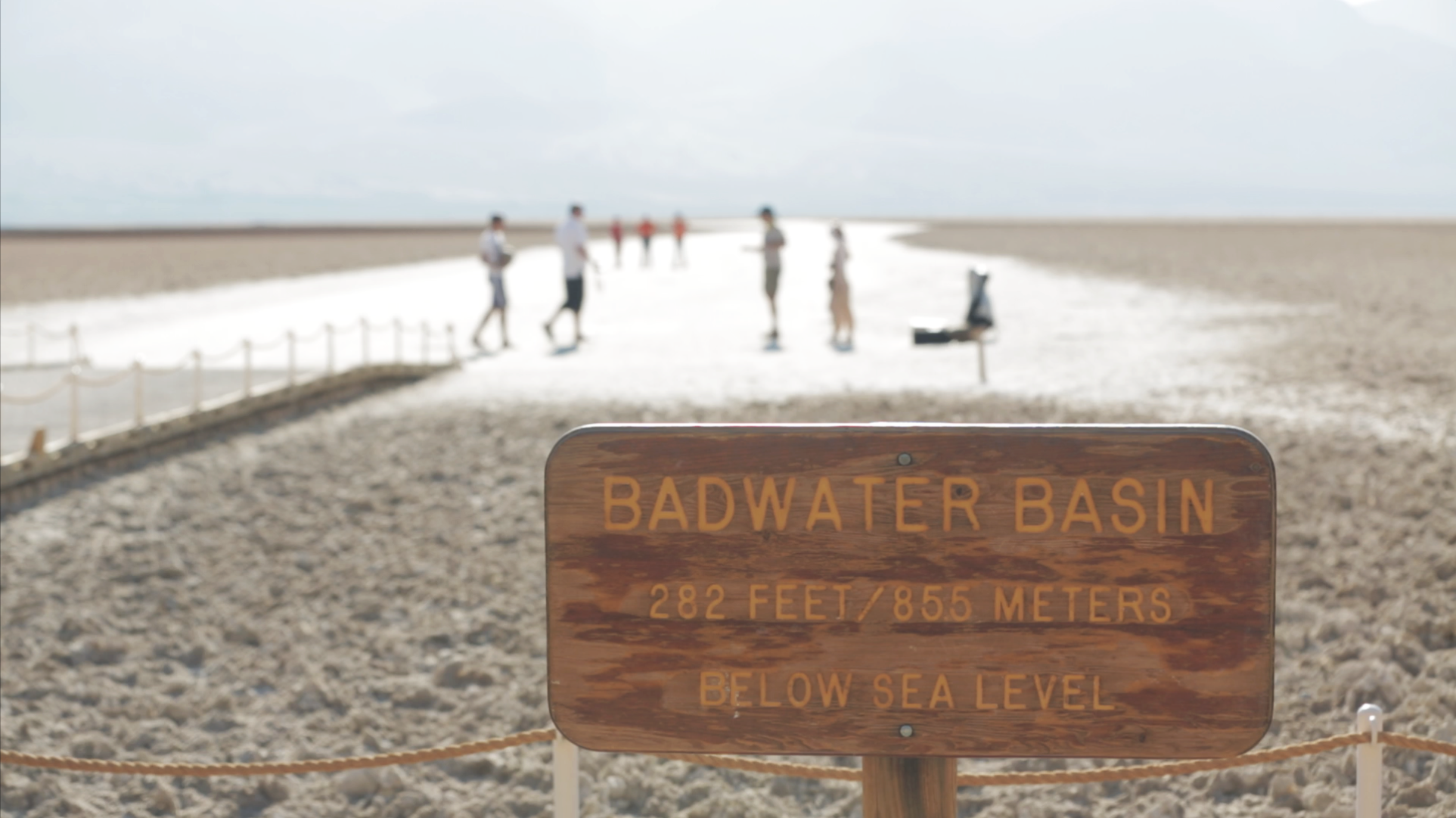 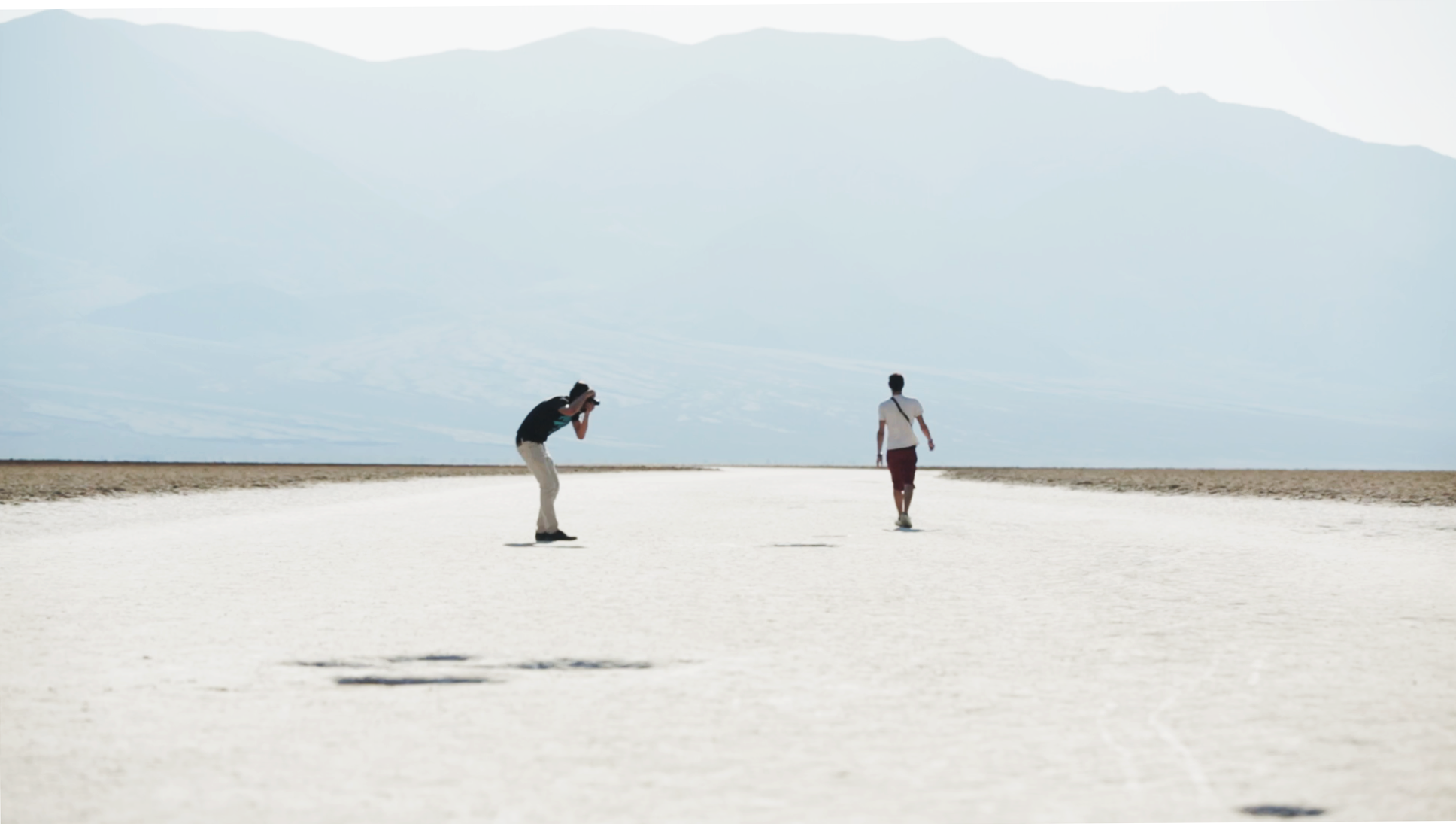 What surprised you when speaking to the film’s subjects?
Well I guess I was surprised there were so many people there. A lot of them came from the real high points of Yosemite, and then dropped down to the lowest point. That change was something they loved; this high to low adventure. But I think it was just them experiencing that extremity of heat and their sheer loss for words at being there. It’s an amazing place, there’s nothing like it in Europe, so they’re seeing something that seems almost alien.

Take for instance the French woman I interviewed; she was  taking her son and daughter to this out of the world experience. But they’re from this small town outside of Paris and they’re seeing something so huge and overwhelming.

As a European, did you feel you could relate to these tourists when filming in the valley?
Definitely, there was a lot of that. People from the U.S. don’t go to Death Valley for vacations; they go to Hawaii or even to Europe, but I get why the Europeans go there. There’s no american interviews, so you’re just getting a snapshot of this incredible place through the European mind. 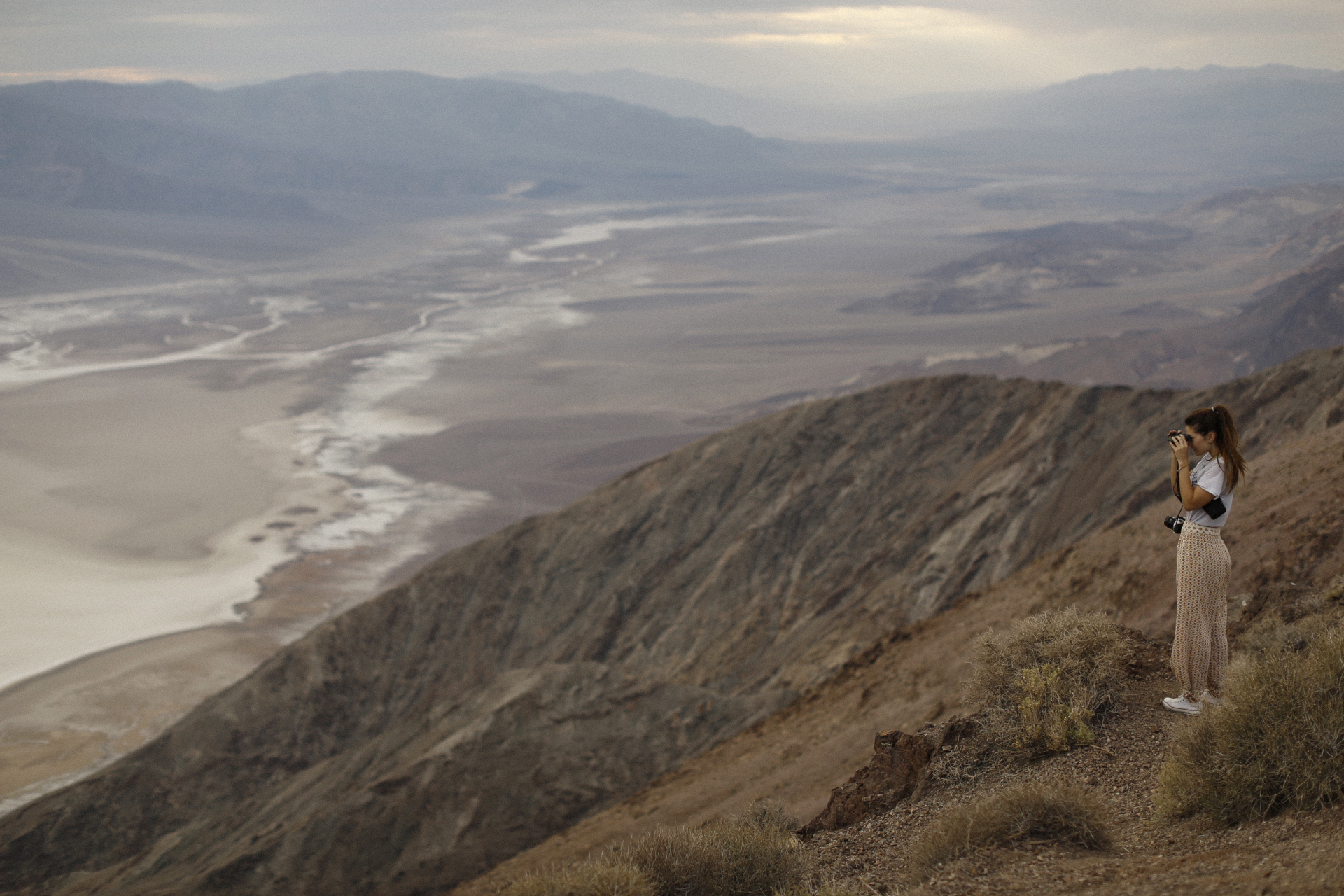 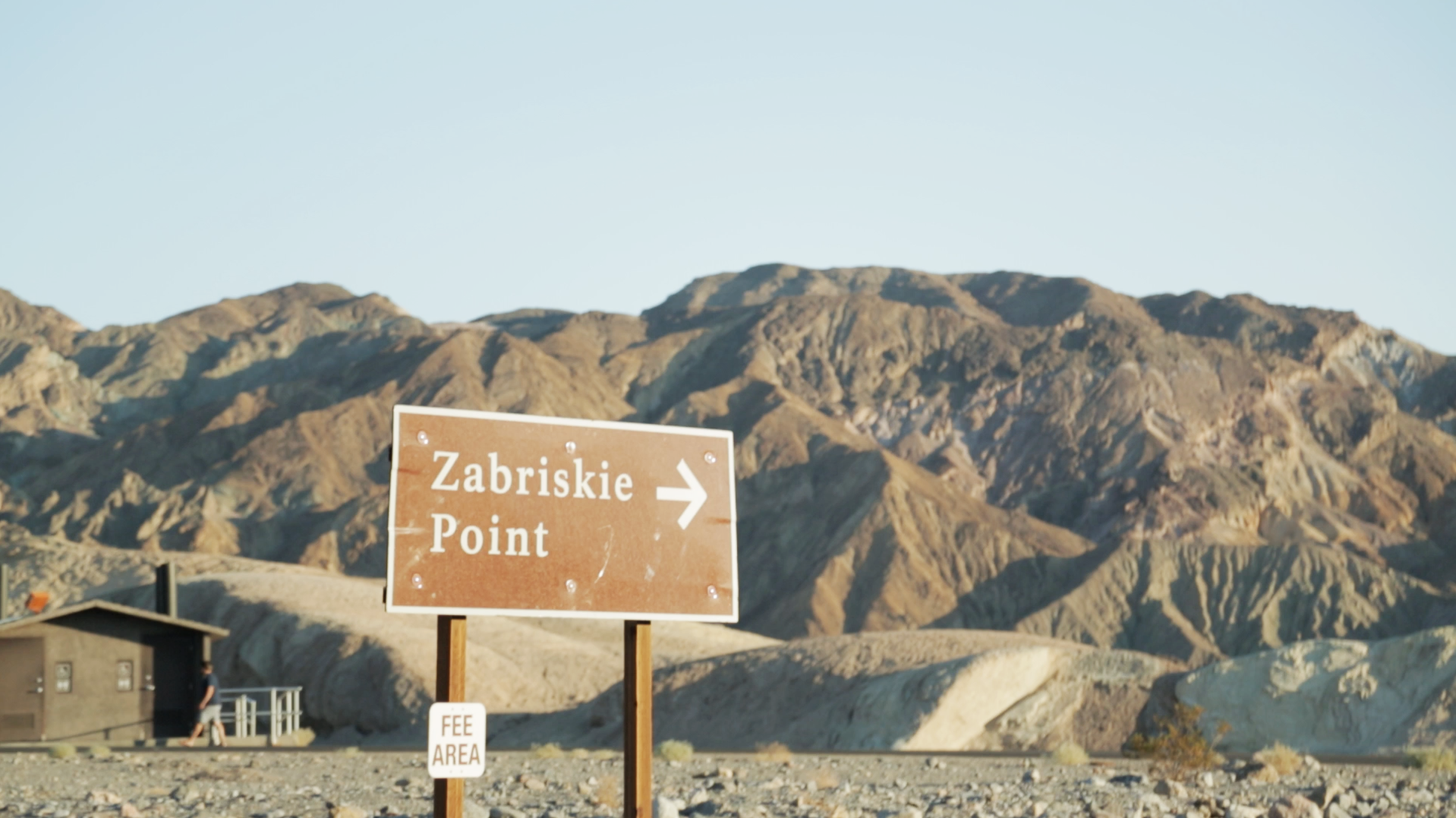 Obviously the heat can be a killer, did you find it an issue filming there?
Sometimes; its crazy, you have to make sure your car is working otherwise you’re gonna be stranded, and each of us had to have at least a gallon of water a day. One day my cameraman had to sit in the car with the camera blasting the AC because it was that bad.

Did you find it reinforced the love you felt for the desert?
I love that these places exist, no matter how many times I go the national parks I’m always blown away; there’s always something new and quirky. Thats partly why I came to America because of the huge open spaces here. Sometimes I need to just go out into the middle of the desert; living in LA can be stressful, so it’s great to have these remote natural places to go and recharge your batteries. And in the film there’s no mention of cities, just these astonishing natural places.

I guess it’s almost like a poem to the desert, or a snapshot, in keeping with my photographic ethos.

Linkedin
RELATED ARTICLES
OTHER ARTICLES
As she gears up for the release of her first book, the 24-year-old climate activist talks standing up to authority and building a more inclusive movement.
A new law change is enabling Britain’s donor-conceived children to know the truth about their origins – but campaigners say the fertility industry must do more to protect people.
After building his reputation covering the US civil rights movement in the 1960s, the photographer went on to produce some of the most enduring images of the past century.
Photographer Sean Maung reflects on documenting a small town in Pennsylvania afflicted by high levels of unemployment, poverty, violence, crime, and addiction.
AI companies that develop image-generators using copyrighted artwork from the internet are coming under fire from artists who say that it amounts to theft.
Tristan O’Neill’s shots of dancers caught in moments of reverie at the height of rave’s golden age are a testament to the UK’s legendary club culture.