Art & Culture / A post-Brexit spike in homophobic hate crime? It’s a part of ‘taking back control’ 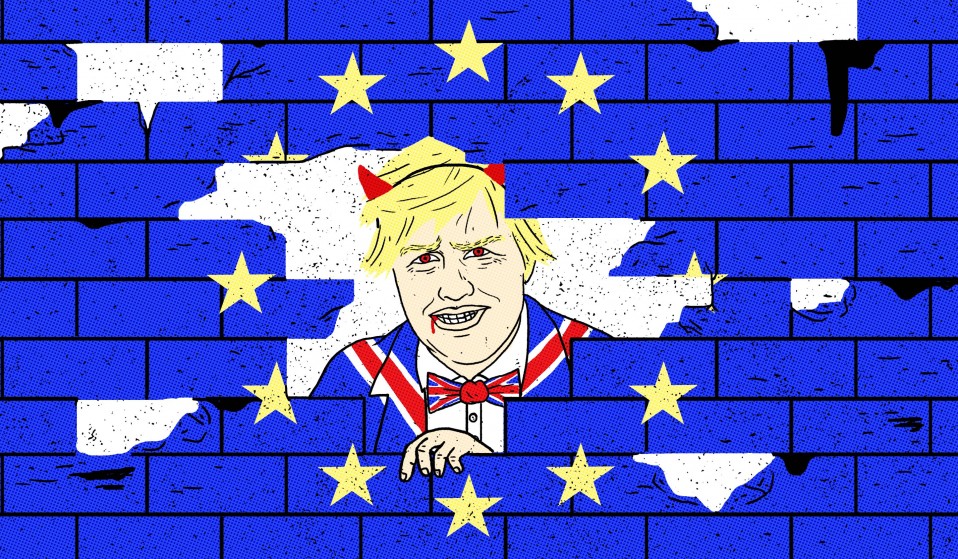 A spike in homophobic hate crime after Brexit might seem surprising, but James Butler argues this vote was always about clawing back society to a distant, oppressive past.

When reports surfaced earlier this week of a spike in homophobic hate crime after Brexit, to many the link made little sense. James Butler argues that in fact taking back control was never just about the European Union, but clawing back society to a distant, oppressive past.

Galop, the British LGBT anti-violence charity, has published figures suggesting that the number of homophobic attacks has more than doubled in the three months following the Brexit vote. We have already heard much about the spike in racist and anti-immigrant attacks after June – the darkest reaches of which included the killing of a Polish man by six teenagers a month ago – but these figures suggest that the vote has prompted a wider rise in attacks. A rising tide lifts all bigots? Why should this be?

It’s not that every Brexit voter went straight from the polling booth to hunt out anything rainbow-bedecked or deviant-looking; it’s not even that the Brexit vote unleashed a new form of hatred or fear – any queer person who has thought better of reaching for a partner’s hand in public can tell you that.

It’s more that the referendum has moved the limits of what is seen to be acceptable to say, claim and do in public. In some ways this should not be a surprise: a referendum involves polarising the voting public over a contentious issue, and it should be little surprise if that polarisation doesn’t easily dissipate after the vote. In recent years, European referendums on even arid constitutional matters have become vehicles for anti-migrant politics; with fears over migration being an explicit part of the debate here, even its key dividing line, we should expect it to leave a long-term mark on our politics.

But Galop’s figures also mark a wider change in the politics of xenophobia. In the past couple of decades – including New Labour as well as Tory governments – it became habitual to counterpose the culture of migrants to liberal or Western values. (Labour Foreign Secretary Jack Straw’s comments about the niqab are of a piece with Theresa May’s plan last year to make migrants sign up to a statement of ‘British values’ as a condition of entry.)

So widespread was this way of thinking that even the street racists of the EDL had an ‘LGBT division’ – at least on paper – to underscore their point about Muslims as enemies of civilisation. This framing hasn’t gone away, but it’s been supplanted by a resurgent old-school authoritarian nationalism with its emblem in the lamprey-like grin of Nigel Farage.

Although Remainers both Left and Right have instinctive explanations for the Brexit vote – either a misdirected reaction by disenfranchised and forgotten against the EU’s economic depredations, or a failure of a knuckle-dragging underclass to grasp the EU’s real benefits – the Brexit coalition is most strongly correlated not with economic class or income, but with another kind of ‘left behind’: the political authoritarian. The British Election Study, a survey of 24,000 voters, found that by far the strongest predictor of pro-Brexit politics were attitudes in favour of rebarbative measures of punishment, like whipping criminals or the return of the death penalty. The Hang ’em Flog ‘em brigade are back – and this time they mean Brexit.

For a long while (outside the frothier reaches of the Telegraph letters page, or the bile of a pub bore near closing time) the peculiar brand of English authoritarianism, a cross-class combination of Imperial nostalgia (how else to explain the passports craze?), unreconstructed social attitudes and a mania for punishment, has had no natural home in mainstream politics. Naturally a Tory constituency, these were the people Michael Howard attempted to capture with his dog-whistling ‘Are you thinking what we’re thinking?’ election campaign in 2005; David Cameron’s leadership of the party was to give it a metropolitan facelift, lend an urbane spin to its small-state doctrine.

UKIP saw this opportunity and seized it; under May, the Tories have drifted back towards this fondness for whip-hand authoritarianism. Whether UKIP survives its internal brawls does not really matter: it has done its job on the Conservatives.

What are the connections here? Does it follow that a resurgent authoritarianism must lead to a spike in street violence? Our model of political change needn’t be mechanistic, but the correlation in Galop’s figures implies something. Those who claim Brexit is a vindication for their fears that permissive attitudes – on migration, but equally on other social issues – rot the country also believe that it legitimates whole host of fantasies about unravelling the social direction of the past fifty years.

Combined with the politically potent fear – more easily spread in a digital media age – that all politicians are corrupt, all mainstream media lies and manipulates, and someone else is getting what’s rightly yours, you have a recipe for deep unrest. Spitting abuse in the street, saying what had previously been deemed ‘unsayable’ – this too is a form of ‘taking back control’.

And no-one will be able to deliver on the fantasy. Many politicians, but especially conservatives, have long played a double game on issues like migration: stoke your base’s fears, ride to power on them, but when in power do relatively little about it because your economy depends on it (it is convenient to have something larger to blame and rail against too; if not, you can always blame your legislature’s weakness).

The real risk of this strategy is that now grasped by the little hands of our Orange Horror in the US, whose improbable figure represents the very end of the old Republican southern strategy. This strategy, which began with Goldwater’s repudiation of black civil rights in 1964, provided the base for Reaganite success in the 80s, with its strong appeal to an anti-state defence of ‘family values’, white supremacy and Protestant fundamentalism. With representatives never delivering on the pipe dream of renaissance for declining white patriarchs, and far too at ease in Washington, this base, already primed with narratives of betrayal, was ripe for the plucking by Trump. Is it any surprise Farage has gone over to spin for him after the Presidential debates?

It would be tempting to draw quite a conservative conclusion here: politics is the imperfect art which restrains the violent and destructive side of human nature, which protects us from the barely-contained hatred of the other which simmers just below the surface. The carnival of reaction since Brexit shows us just what happens when you puncture that veneer. At least this perspective takes seriously that our societies are riddled with powerful urges to hatred and destruction, that fear of the other is deep-coded in our culture.

But the error is to believe that this represents a more fundamental truth about politics than its flipside – the urge to build or to welcome or understand the other – or that only one or the other instinct exists in the electorate. Our political and economic choices determine which of these are brought to the fore. The negotiation between these two political instincts is a recurrent struggle: these recent spikes in hate crimes shows us just how high its stakes are.

Linkedin
RELATED ARTICLES
OTHER ARTICLES
Activists and campaigners are fighting back against new laws that would seriously undermine the ability to take industrial action, calling it an attack on fundamental workers' rights.
David 'Dee' Delgado’s photo project is about honouring and uplifting the city of his youth, and a world rapidly disappearing under the relentless onslaught of gentrification.
A recent High Court ruling against the right to wild camp in Dartmoor National Park sparked the largest land protest in history – and campaigners say their fight is not over yet.
Photographer Sean Maung reflects on documenting a small town in Pennsylvania afflicted by high levels of unemployment, poverty, violence, crime, and addiction.
At his West Bank restaurant, Fadi Kattan established himself as the voice of modern Palestinian cuisine. Now, he’s bringing his innovative, bold flavours to the UK’s capital.
A new podcast is opening up the conversation between trans women and trans amorous men in the hope of building coalitions.