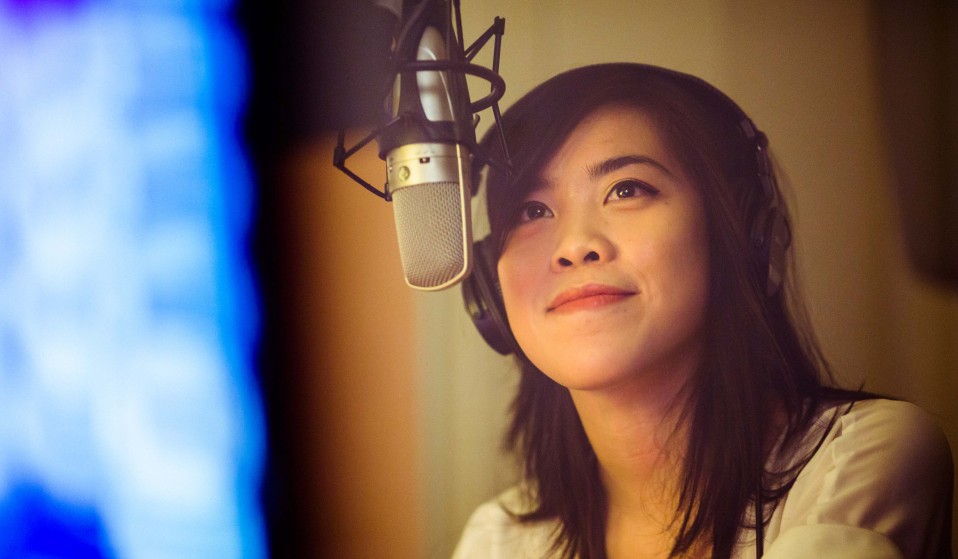 Stephanie Foo got her dream job by being really good at failing. Today she’s a producer at T.A.L., quite possibly the best storytelling podcast in the world.

Stephanie Foo got her dream job by being really good at failing. Today she’s a producer at This American Life, a weekly public radio show hosted by Ira Glass, and quite possibly the best storytelling podcast in the world.

Stephanie Foo always knew she wanted to tell stories. She sent her work to editors throughout college, and graduated with high hopes in 2008 – exactly when all the newspapers and magazines started collapsing. Bitten but not beaten, she took a job teaching journalism at a local high school and continued to write in her spare time. But then something new fell into her life. “Every day, while I was laying out the student’s newspaper, I would listen to episodes of This American Life and Radiolab back-to-back,” she says. “For eight hours a day, I would find myself sobbing and laughing out loud in reaction to this amazing, emotional thing in a way that I’d ever really experienced with print. Eventually I was like, ‘I don’t know why I’m doing this with my life.’ My whole life took place while listening to radio, so why not try and do it?” 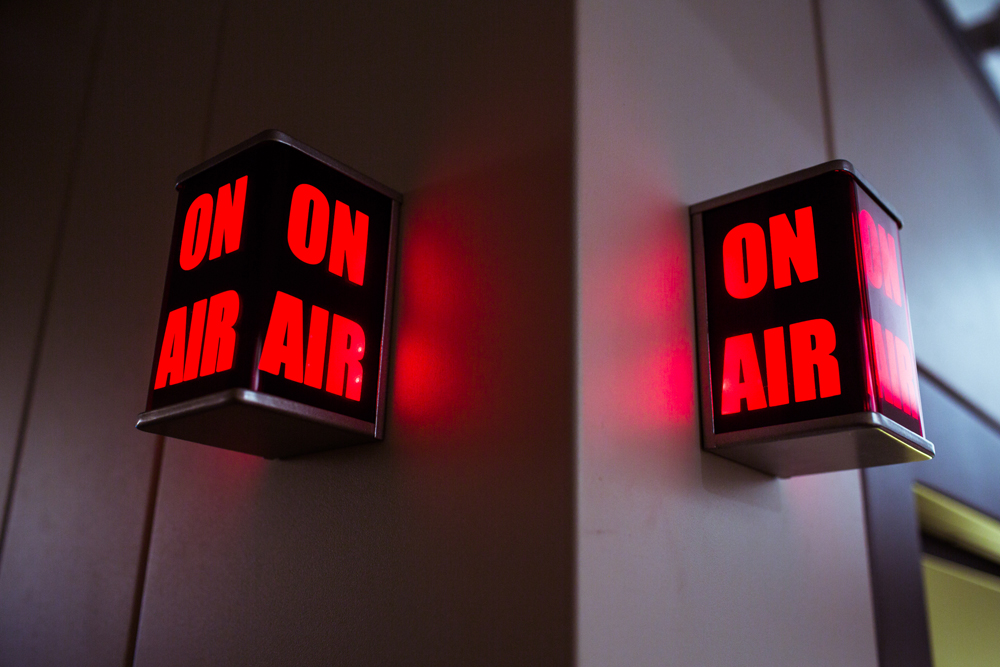 How did you go from starting your own podcast to landing a job at This American Life?
I knew I was going to be terrible at radio, but I was ready to do something scary. My first podcasts were really bad but also sort of funny. I’d be telling a story and then at the end I’d pause and be like, ‘Oh, by the way, Ira Glass says you have to universalise a story at the end, right? So here’s me, about to universalise this story.’ I started sending it to everybody in radio. I sent it to Jesse Thorn, who produces Bullseye, and he sent me to Roman Mars, who had just started producing a new storytelling NPR show called Snap Judgement. I joined as an intern when I was twenty-two and worked eighty-hour weeks. Three months in they hired me as a producer and six months in I was producing seventy-five per cent of the show.

I put my heart and blood and soul into it; I gave up everything. Then three years in we were having a hard time with funding. I was in Louisiana, working twelve hour days, when I got the call: ‘As of now, you’re being laid off.’ And I just collapsed. Everything I’d worked for seemed to be falling apart. When I went back to work the next week, Ira Glass was there. He had heard that we were having trouble and was like, ‘I’m here to help you guys make better stories, because I believe in what you’re doing.’ What seemed like the end was actually the beginning, as that’s how I got my job. So, yeah, a curse can be a blessing, I guess.

I got this job by putting myself in a position where I could fail, and I’m constantly trying to do that in my work. Next week I’m doing this incredibly intimate story about my grandmother where I talk about my life in a scary, terrifying way and I think that’s something that Ira does all the time. He just did a tour where he danced around on stage while telling radio stories. If that’s not setting yourself up for failure, I don’t know what is. 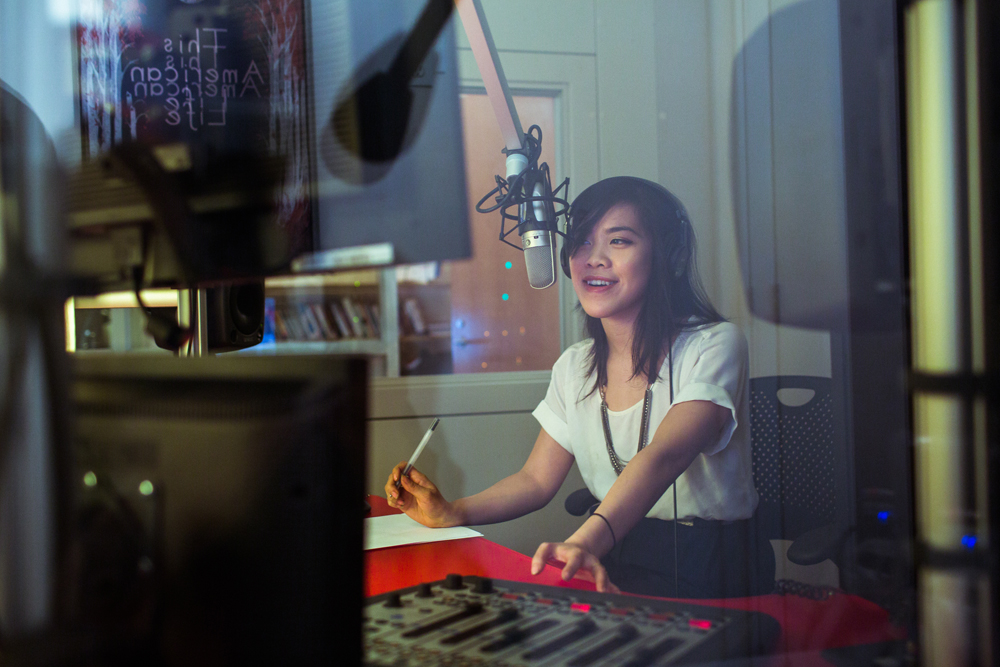 What separates you from someone frozen by the fear of failure?
Because I’d given myself permission to be bad, every time I put something out it was a little bit better. Failure is a big part of working at This American Life. We kill tons of stories. When I first started here I was really scared of failing, but I very quickly realised that the wonderful thing about being in the big leagues is that you’re with the best editors on the planet, like Nancy Updike and Ira Glass. And you can spend all your time worrying about impressing them or you could spend that time learning from them, or just fucking up around them and having them be like, ‘Hey, that’s not working, but this is what you should do instead.’ I love it. It’s like giving your team this big rock and having them whittle it into a beautiful sculpture. You can’t take any of that personally, you just have to look at your work as, not yourself, but just a rock.

What advice would you offer someone looking for a career in storytelling?
People often ask me, ‘How do I start?’ and I’m like, ‘Don’t wait for permission to start!’ If you’re working really hard and you’re working really smart then it won’t go unrecognised. For a long time, I didn’t know who or what was recognising what I was doing and my friends would be like, ‘You have a really unhealthy work-life relationship.’ But I’m so glad I worked that hard, it was not for nothing and it absolutely paid off. Don’t wait for permission to work hard, don’t wait for somebody to give you an internship, or a job. Just be aware of stories constantly, everywhere you go. If you’re walking down the street and you see a gargoyle and you think, ‘That’s a weird gargoyle,’ question it. Be curious about the sidewalk, about your friends, this guy in the corner at a cocktail party. Question everything and make stuff out of it, even if it’s just for yourself. If you work hard enough, somebody will take notice and give you an opportunity.

What’s the best advice anyone has ever given you?
There’s this lovely video that Ira put up once about taste. It said, you have to create deadlines for yourself – every month, or every two weeks – and just put something out. It doesn’t matter if it’s good or bad, the most important thing is whether you have taste. If you have good taste, if you know what’s good and what’s bad – if you hear or read your own stuff and you know it’s not how it should be – then that’s all you need and eventually you’ll get to good.

Linkedin
RELATED ARTICLES
OTHER ARTICLES
Whether it's partygate, the climate crisis or the spiralling cost of living, the fightback begins on the picket lines writes Tommy Vickerstaff
The author discusses the all-consuming nature of heartbreak, and turning the experience into an incisive exploration of love and loss.
Photographer Matthew Brookes recalls following a group of young people in Venice Beach living in search of the perfect wave.
A new edition of a seminal book brings together iconic images of the band onstage in their full glory and backstage in moments of unguarded camaraderie.
Finland-born photographer Sirkka-Liisa Konttinen looks back on her decades-long documentation of life in Northern England.
Proposals to introduce a minimum GCSE threshold for student loans will disproportionately affect those from marginalised backgrounds.