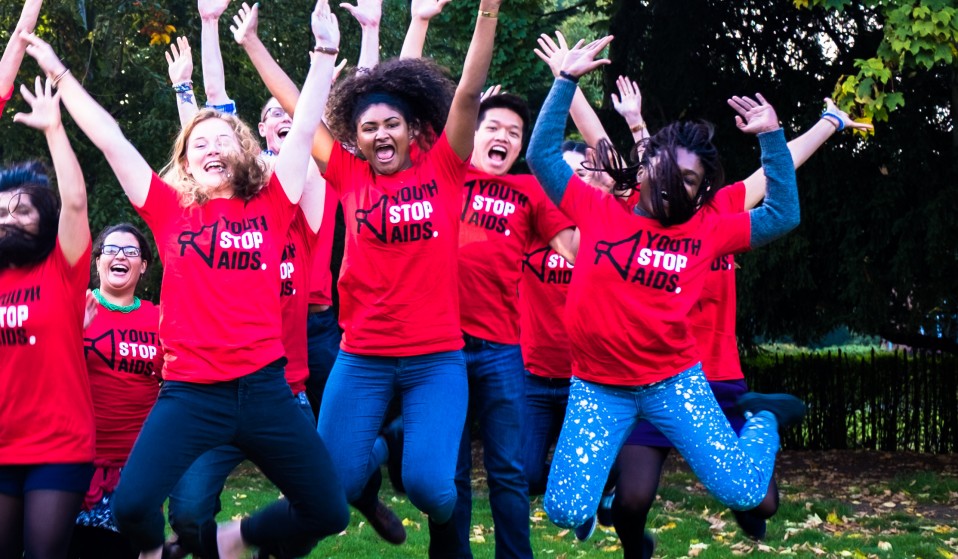 The pharmaceutical industry is broken, and people with HIV and AIDS are dying everyday as a result. These young activists are stepping up to lead the fight to fix it.

On Wednesday 9th March, protesters gathered outside a meeting of UN’s High Level Panel for Access to Medicines, taking direct action to bring HIV and AIDS necessarily back into the spotlight. These campaigners were from Youth Stop AIDS, a passionate group of young people determined to reform an unjust pharmaceutical system.

In an effort to expose the reckless profiteering of the pharmaceutical industry, activists donned masks of Martin Shkreli, the notorious Pharma bro responsible for jacking up the price of a drug used to treat AIDS-related illnesses by over 5000%. The masked activists emerged from a makeshift structure representative of “the system”. The point? That the problem isn’t just Shkreli, it’s the profit-led system that allows him, and others like him, to flourish.

The action is part of  the Youth Stop AIDS ‘Missing Medicines’ campaign, supported by Restless Development,combining direct action, lobbying, organising locally and awareness raising to expose what they understand as the three key failings of a broken pharmaceutical system. 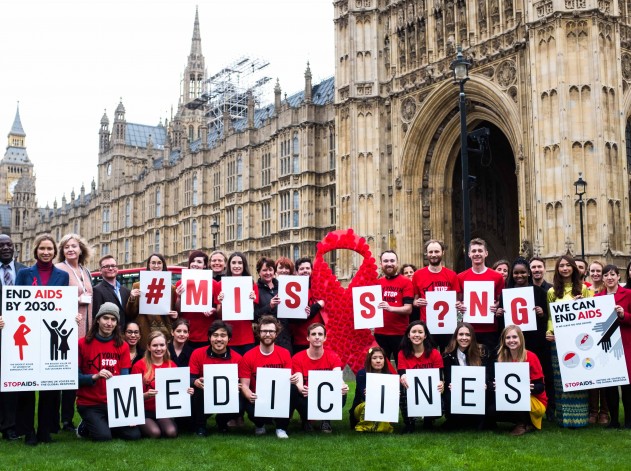 First, the exorbitantly high prices of new drugs thanks to a lack of competition and restrictive patent laws. Second, the skewed incentives within the system that mean drugs only get produced if they’re going to be profitable, not simply because they are needed to save lives. Thirdly, the inefficiency of the pharmaceutical system which prohibits the sharing of research, causing projects to be duplicated, and huge sums of money to be thrown down the drain.

Tabitha Ha, Campaigns Coordinator of Youth Stop AIDS, throws those ideas into stark relief: “Treatment costs up to $20,000 per person, per year. Developing countries just can’t afford that. Pharmaceutical companies have a hold because they have a patent – they can charge whatever they want because a lack of competition.” The system is broken, she argues, and the problem is precisely located with the way research is conducted and funded: “R&D [Research and Development] doesn’t produce drugs for those that need them because, often, it isn’t profitable. 90% of children living with HIV are in sub-Saharan Africa, millions of them under the age of three. Those demographics can’t offer a return on investment, so the companies just don’t bother.” Her anger at the systemic injustice permeating big pharma is crystal clear as she speaks. 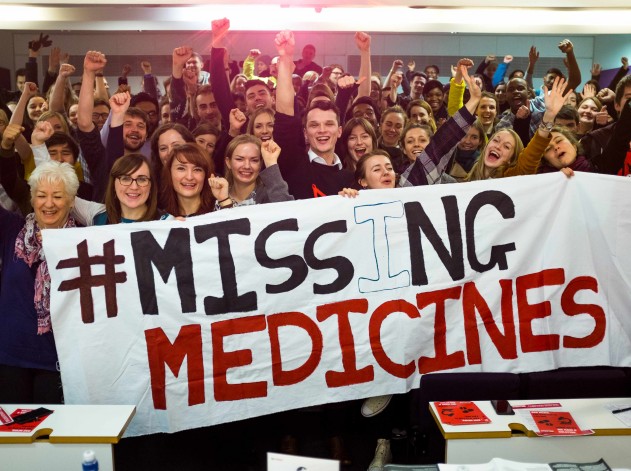 Unlike some direct action organisations, Youth Stop AIDS have what they believe to be solutions to fix the failing system. They are demanding the introduction of alternative incentives and the prioritisation of health research according to need rather than profit. They’re also fighting for the establishment of a pooled fund for research and development, financed by a commitment from nations around the globe to provide 0.01% of their GDP to the fund.

Their aims are ambitious, and amount to nothing short of total reform of the pharmaceutical system, but the activists behind the organisation are fiercely committed to the cause. James Cole, leading up the University of Sussex Youth Stop AIDS branch, cited the flagrant injustice of the system as his reason for getting active. “I grew up with people living with HIV. I know how crucial their access to medicine is,” he said. “Internationally, two out of three people with HIV don’t have access to treatment. I got involved because I found it completely unjust. It’s a denial of everyone’s basic human right to live a healthy life.”

He was adamant about the importance of youth engagement in fighting the AIDS pandemic: “Transmission [of HIV] disproportionately affects young people, so we need to lead movements to combat it. There’s more young people in the world than ever; we need to be at the heart of international development, in every field.” 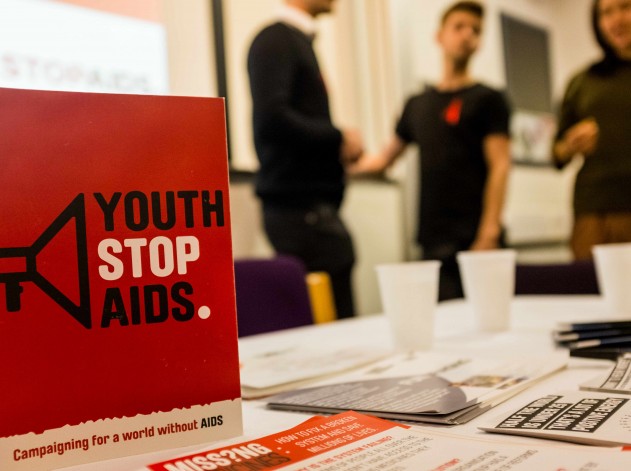 If total reform is required, then Robbie Lawlor, a HIV-positive activist who recently toured the UK speaking about life after diagnosis, has no doubts that it’s young people who are best placed to spearhead the movement. “Young people are a massive inspiration for me because they always want to make change even in the smallest ways. If you engage them by telling our stories, showing the face behind the statistics, they’re desperate to make a change.” His faith is unwavering: “It never fails.”

Ultimately, the activists need the UK government to radically change tack. Whether it’s the swingeing cuts to health services that have left counties such as Oxfordshire without any HIV-specific health services at all, or its reluctance to take on big pharma, the UK needs to change its priorities if change is to be accomplished, argued Tabitha. “I hope that the UK government will put global health needs above profit. At the moment, they just aren’t doing that.”

Linkedin
RELATED ARTICLES
OTHER ARTICLES
Photographer Sean Maung reflects on documenting a small town in Pennsylvania afflicted by high levels of unemployment, poverty, violence, crime, and addiction.
David 'Dee' Delgado’s photo project is about honouring and uplifting the city of his youth, and a world rapidly disappearing under the relentless onslaught of gentrification.
Filmmaker Laura Poitras discusses her new documentary which traces the remarkable life of the artist-activist and the impact of her battle against the US opioid crisis.
Following the release of his debut single, Deyaz talks battling addiction, dealing with his struggles through music, and building a budding music career from his living room.
Activists and campaigners are fighting back against new laws that would seriously undermine the ability to take industrial action, calling it an attack on fundamental workers' rights.
Since 2007, Gideon Mendel has made 20 trips to document floods in 13 countries. The result is an alarming record of what has already been lost to the climate emergency.