Art & Culture / The podcast connecting people through the power of secrets 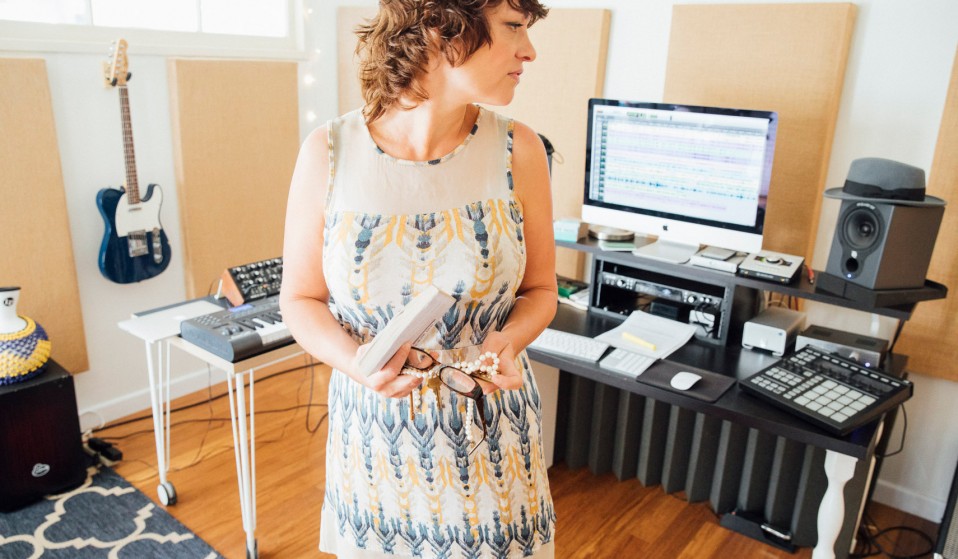 When Lea Thau’s life fell apart, she decided to open up and start Strangers, a podcast with a simple goal: connecting lives through the art of storytelling.

When Lea Thau’s life fell apart, she decided to open herself up to the world by starting Strangers, a podcast with a simple goal: connecting lives through the art of storytelling.

Lea Thau is a Dane who’s made a career out of something very un-Scandinavian: asking people to share deeply personal stories.

Her hit podcast Strangers is built on an approach she calls “radical empathy”.

Whether the topic is homophobia in a small town or fleeing war in Somalia, the show is filled with the kind of confessional insight that only an outsider could illicit.

Growing up, Lea found life in Denmark banal. The status quo meant keeping yourself to yourself and believing everything would turn out okay.

“I struggled with this idea of a monoculture where people don’t realise just how relative their point of view is,” she says.

“I remember moving to Paris at 18 and thinking, ‘They do everything wrong here!’ But travel gives you perspective. When you’ve only known one way, that’s how you think about everything.” 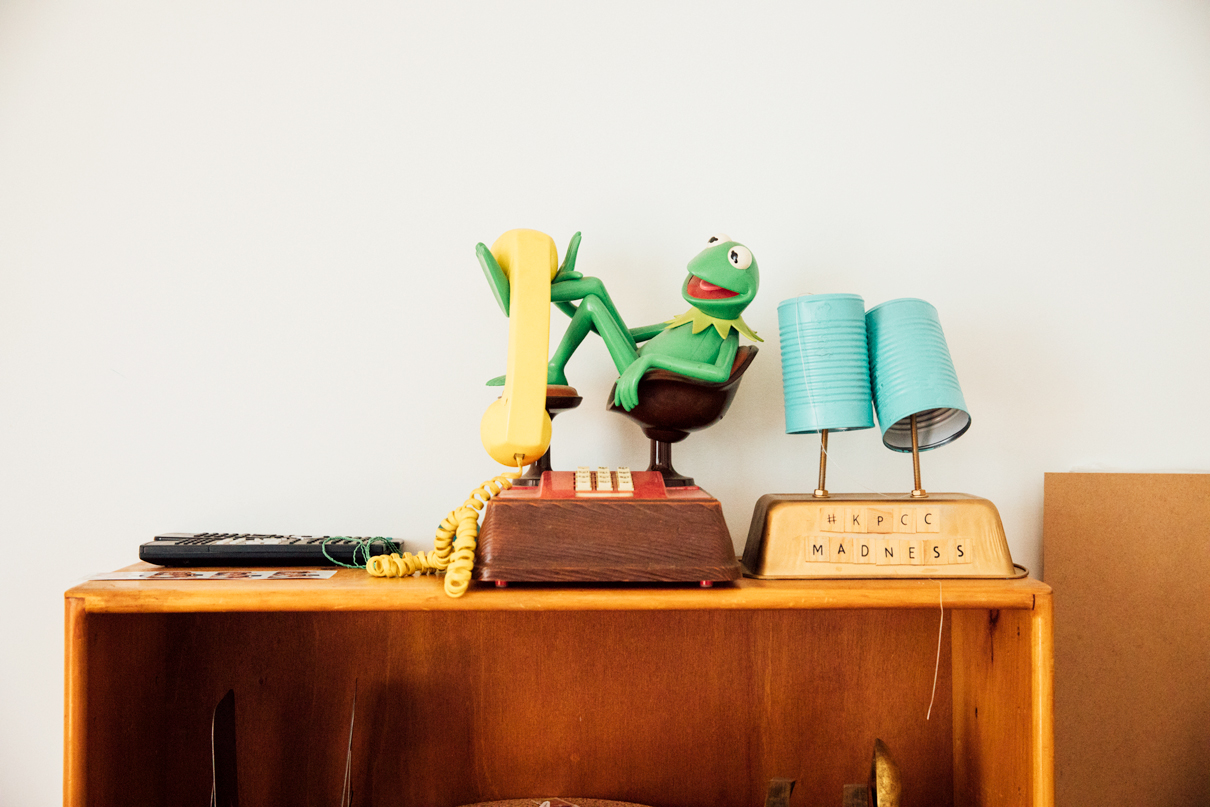 After studying philosophy at university, Lea switched to literature and moved to New York on an exchange programme, where something about the way people presented themselves just clicked.

“That’s when I knew I wanted to work with real people,” she says. “I realised that everyday stories, for me, got much closer to the big questions of life, death and the meaning of it all.”

It’s something Lea had a chance to unpick at The Moth, then a fledgling ‘live storytelling’ event, when she became its creative director in 2001.

“The idea that adults might sit around and tell stories in the dark was pretty much non-existent as a stage phenomenon,” she says.

“But there was a real craving for that in big cities, where people lived in great proximity with total strangers and yet felt isolated. The feeling of connection was a big part of its success.” 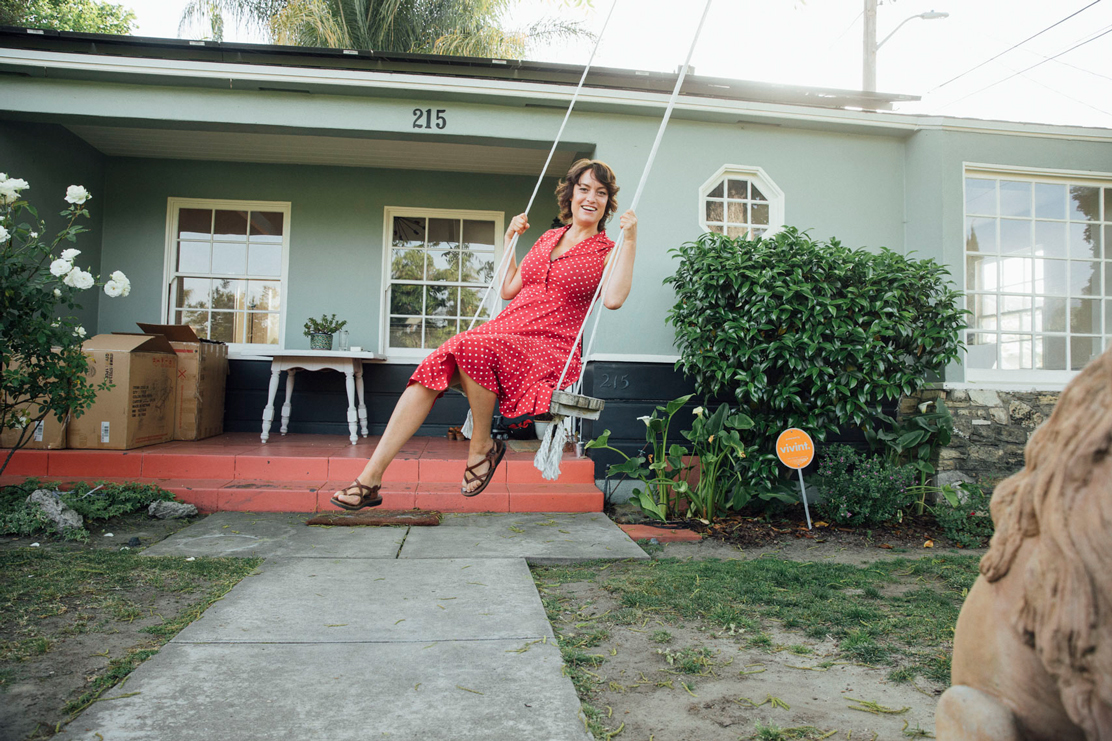 Over 10 years, Lea helped turn The Moth into a cult podcast, radio hour and international stage show. She also moved to California, got engaged and began looking at houses.

“Everything seemed to be coming together… and then it imploded,” she says. “My fiancé left me when I was pregnant and suddenly I was single for the first time in my life, pretty much, at almost 40.

“I didn’t know anybody and I was living in this beach house in Santa Monica with a small child. The winds would roar and I’d feel like the big bad wolf was howling outside, ready to blow my little house in.

“It was such an isolating experience but I think I needed that, too. Asking myself, ‘Why are we even here? Why is life even worth living? Is it supposed to hurt so much?’ helped me be empathetic to what other people go through in a way that I wasn’t before.” 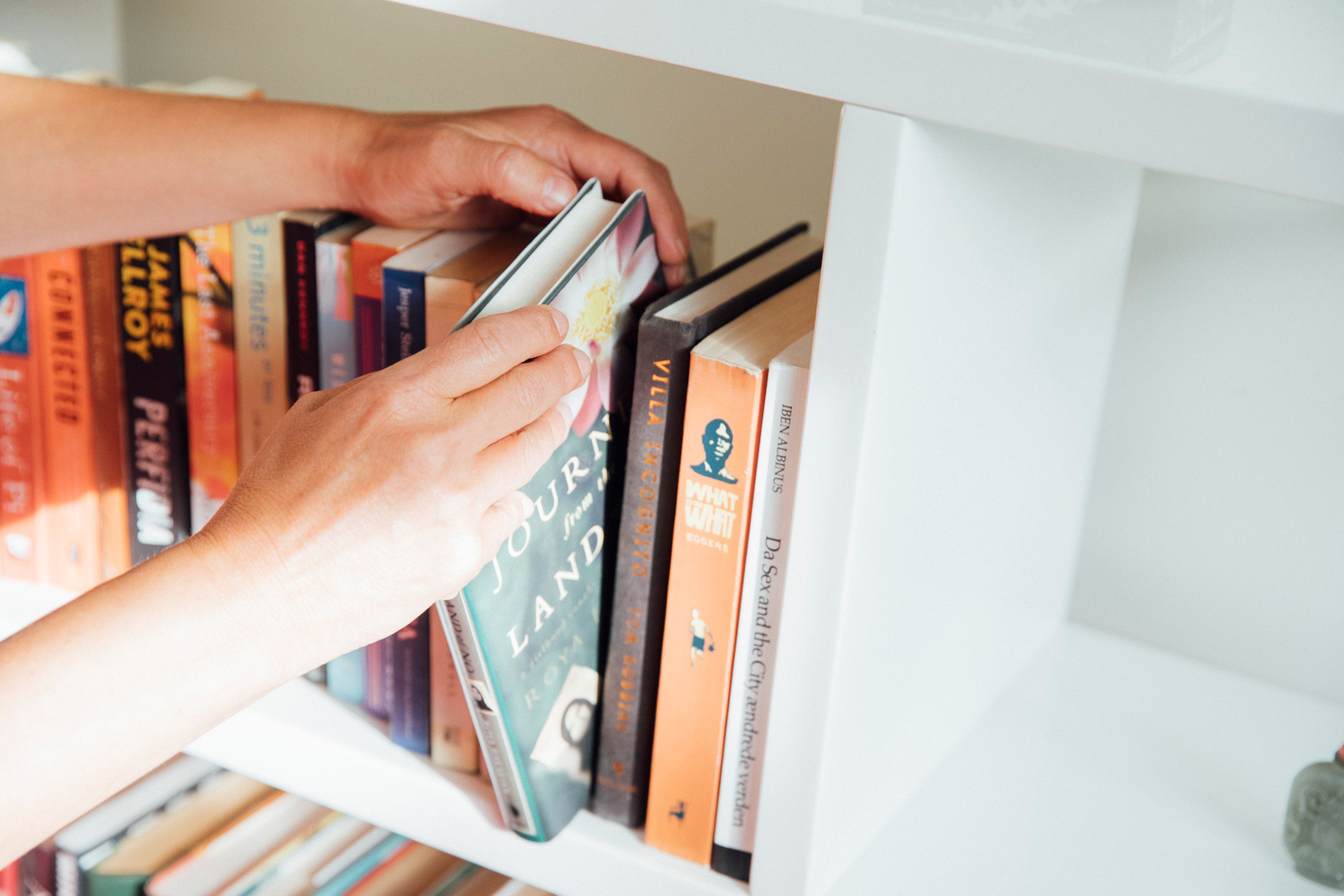 At around the same time, radio station KCRW offered Lea her own show in LA. As much as she had poured everything into The Moth, its stories had been taped on stage with a brief setup in-between.

This was a chance to dig deeper, to figure out why she really cared about storytelling. And so Lea came up with her own way of allowing listeners to absorb another person’s perspective.

“I befriend my subjects, I tell them stories from my own life; I might even bring them cake,” she says.

“Sometimes journalists are horrified. ‘You did what? Do you know anything about journalistic ethics?’ Usually I say, ‘No, thank goodness.’” 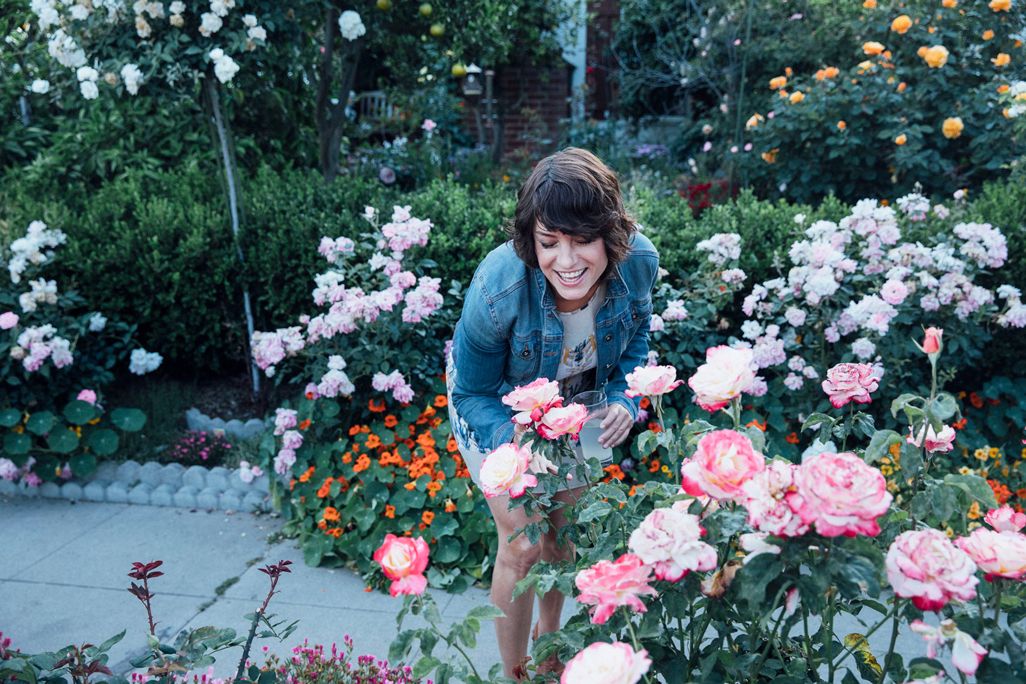 Lea is transparent about the difference between what she does and investigative reporting. Rather than punch holes in people’s stories, she tries to patch them together.

“I have to take out anything that could be an obstacle to empathy,” she says. “One of the things I’m always wary of is when I hear too much anger or settling scores. I want them to be willing to reveal not just what they would like the truth to be, but what it might actually be.

“I want to see what happens if I throw them a ball like, ‘Well, do you blame yourself?’ It’s important to see how real they’re going to be. I’m asking listeners to trust this person, and if I don’t trust them, then I can’t tell their story.” 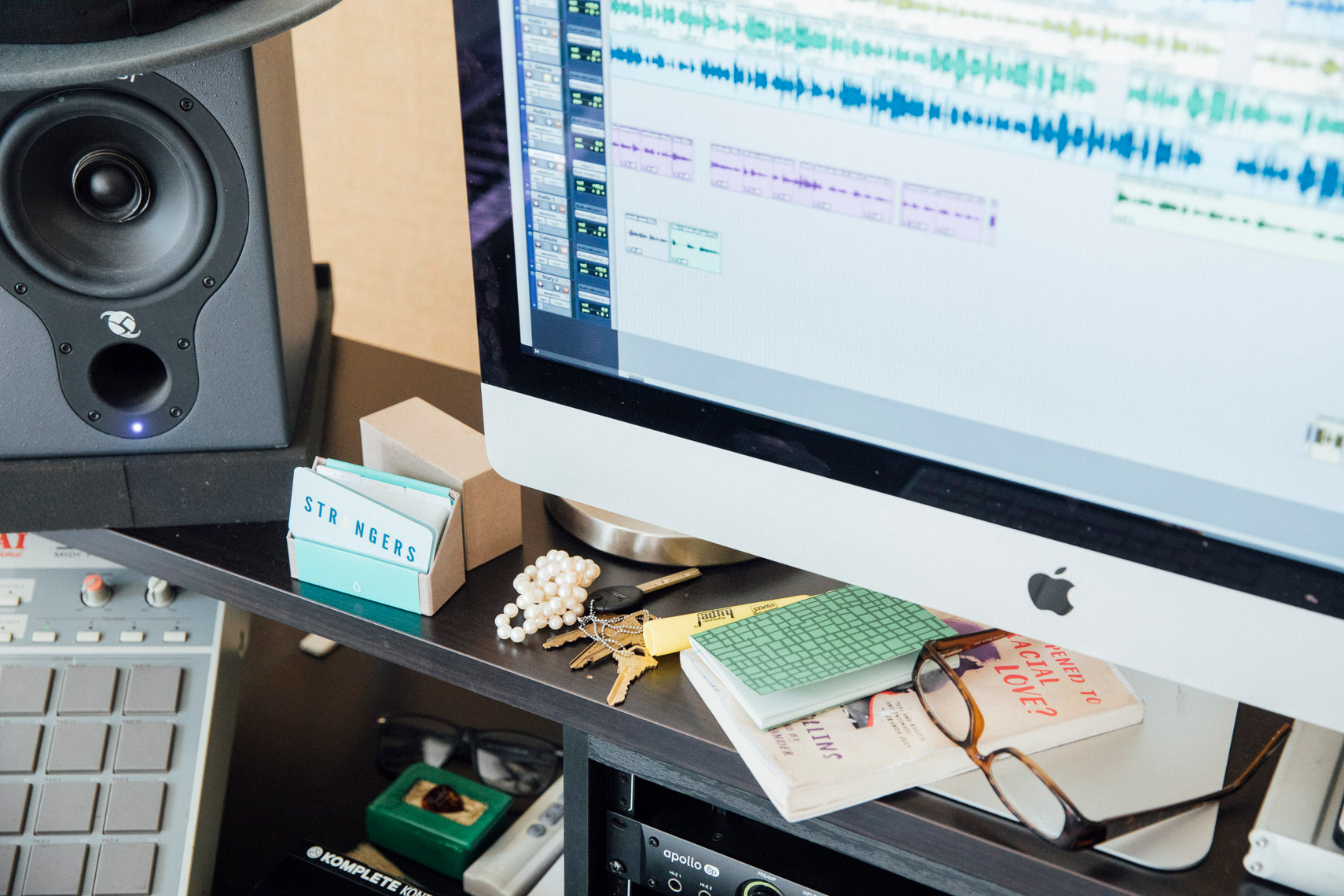 Today both Strangers and Lea are flourishing. She has surprised herself by adapting to LA and falling in love again, recently moving in with her partner and his two children.

But she’s also been grappling with the idea that, after Trump being voted President, her empathy might have reached its limit.

Not long ago, however, she started hearing from listeners who voted for him – a Latina single mother, an African immigrant – and wanted to hear their stories.

“I wondered, ‘How can you listen to my show and vote for that man?’ But the world is in a state right now and although it feels like storytelling can only go so far, I need to engage with this gulf that’s opened up… even if I don’t know where it’s going to lead.”

How can I connect people through storytelling?

“We all have moments where we’re not as magnanimous or insightful as we’d like to be. In long, intimate interviews, people inevitably reveal those things…

“We might not agree with them, we might never have experienced what they’re going through, but there still needs to be room to walk a mile in their shoes.”

“All of us, myself included, have a tendency to wrap our stories in a neat bow like, ‘Now I’ve figured it all out.’

“That can be good for survival; it’s how we stay sane. But great storytelling is the willingness to get beyond what we would like the story to be and explore beneath the surface.” 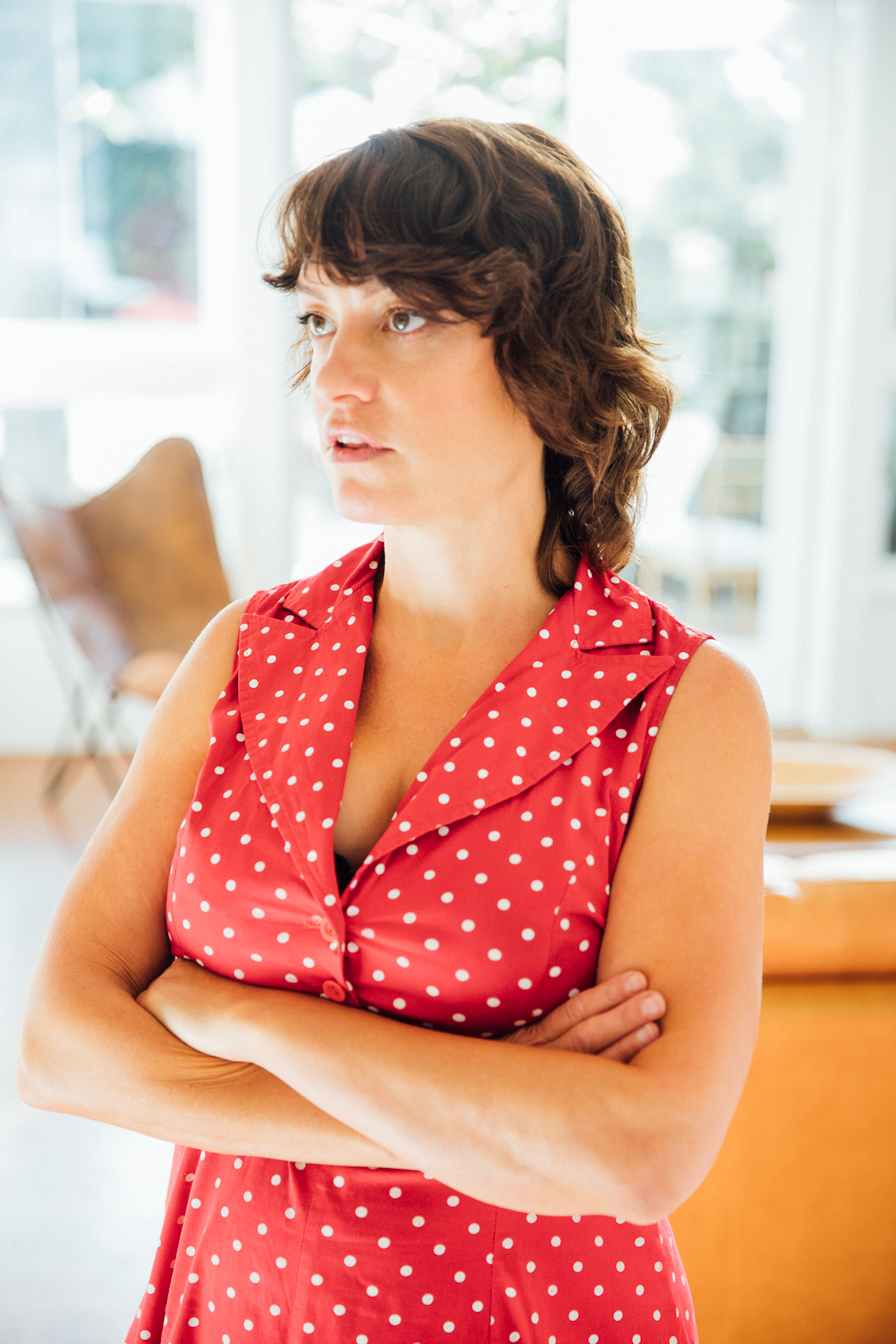 “I think you have to view storytelling for the purpose of storytelling as completely separate from journalism, with different goals and rules. About 90 per cent of it is connecting with someone: listening and reacting in a way that feels genuine.

“You want to be moved, and let them in, but you have to hold 10 per cent back. It’s not an exact science. Sometimes maybe it’s 25 per cent, sometimes it’s one.

“I get so close to people that it’s very important for me to maintain some barrier where I’m like, ‘But we’re not friends, right?’

“Otherwise it can be difficult when you discover inconsistencies in what they’re saying and then have to ‘turn on them’ in the interest of the story – because the listeners are going to wonder.

“And if you don’t give them a chance to talk about it, you’re robbing them of an opportunity while also kind of robbing yourself and the listeners of a good story.

“So there has to be a line in your mind that you won’t cross. Still, you have to dare to walk that line, all the time, in order to get somewhere interesting.”

Don’t be afraid to be banal

“There’s something about storytelling that is inherently a little banal. If you’re too intellectual or heavy about it, you’re gonna get in the way of the story.

“You can leave it to others to wax poetic and philosophise about all these things that are wonderfully important – that’s just a completely different genre.

“Storytelling is about saying it in the simplest, most honest way possible – not hiding behind ideas and analysis.

“You’ve got to just tell the story of what happened and trust that the audience is going to get it.”

Narrative is in our genes

“Stories have always been the way we hand down traditions. That hasn’t gone away; we have a primal drive for narrative. The only thing that really matters is human connection.

“It is the hardest thing to do, but it’s also the most beautiful. Without that, we are lost. Without that, I don’t think any of our other exploits really have meaning.” 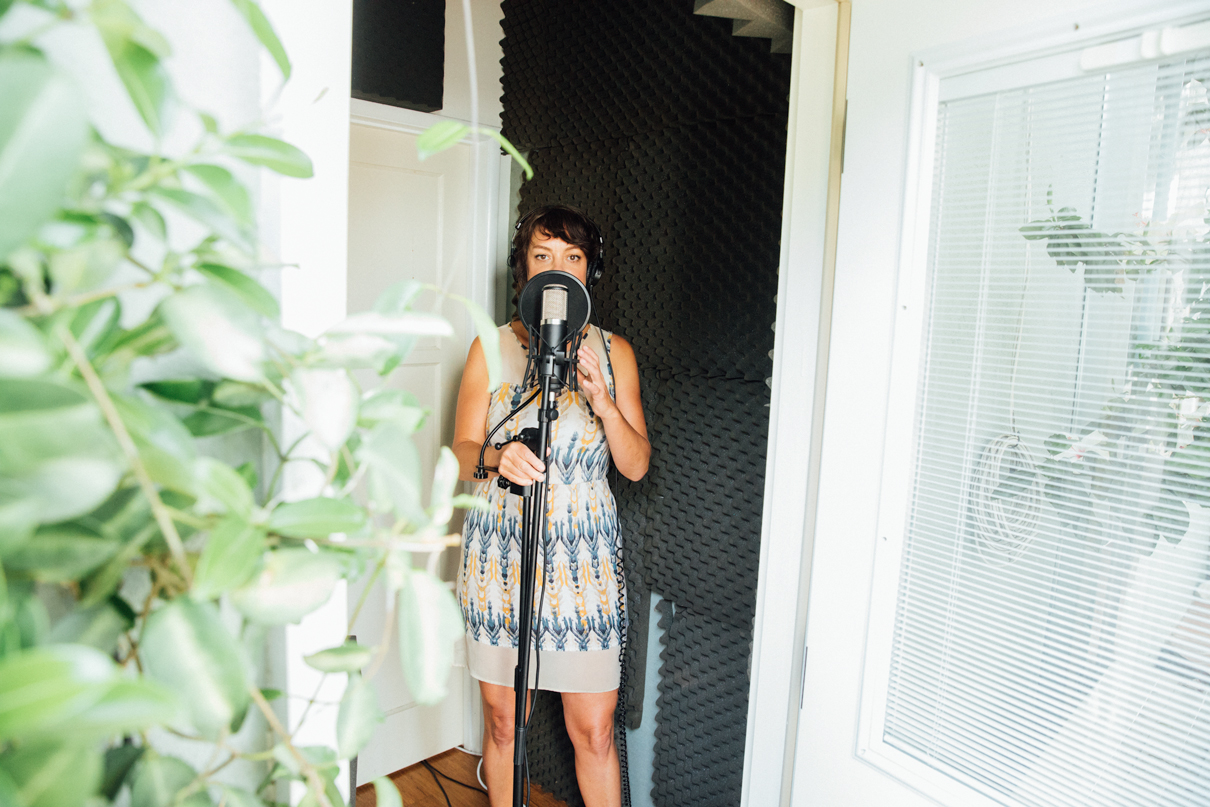 Linkedin
RELATED ARTICLES
OTHER ARTICLES
The musician, DJ and founder of Monika Enterprise reflects on a career defined by revolution and rule-breaking.
The photographer reflects on building trust with his subjects and using the street as his studio.
A new book traces the legislation’s tumultuous history and the lasting impact its had on LGBTQ+ activism today.
Those set to be impacted by the governments ’undemocratic’ bill explain why it risks silencing them.
From the queues outside to the last ones standing, Francesco Mellina’s new photo book follows a night that has gone down in the Northern-Soul history books.
Photographer Alice Mann reflects on capturing the camaraderie and discipline it takes to succeed in a highly-competitive sport.