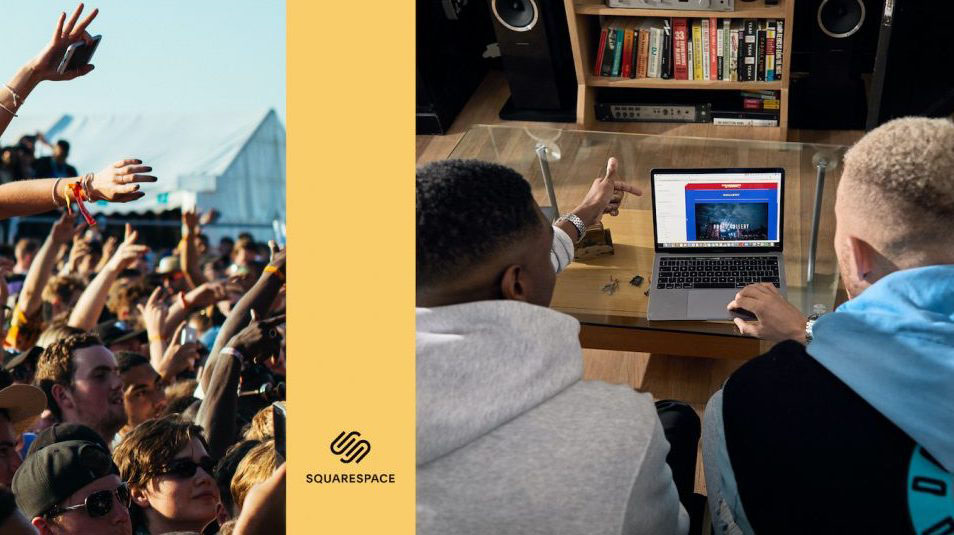 In the second instalment of Future Proof, the founders of Strawberries & Creem explain why a powerful digital presence is key.

It takes energy to run a festival – and the founders of Strawberries & Creem have it in abundance. In the second instalment of Future Proof, produced in partnership with Squarespace, they explain why pairing this approach with a powerful digital presence is key.

You’ve felt it. You’ve been missing it. The euphoria. Those random encounters against a booming sonic backdrop. A sea of faces drawn together with colour and energy. When people gather en masse to celebrate music, human magic is at play. When they come together for a three-day festival, the magic can become a divine kind of madness.

“We simply love what we do. And that’s what makes all the difference,” explains Chris Jammer, Along with his business partner Preye Crooks, he founded Strawberries & Creem festival while studying at the University of Cambridge and brought it online with a Squarespace website. “Of course there were other people promoting gigs and raves at college. But we just took it to another level,” he explains. “We were getting such a buzz from the music and the people around us – everything just flowed from that.” 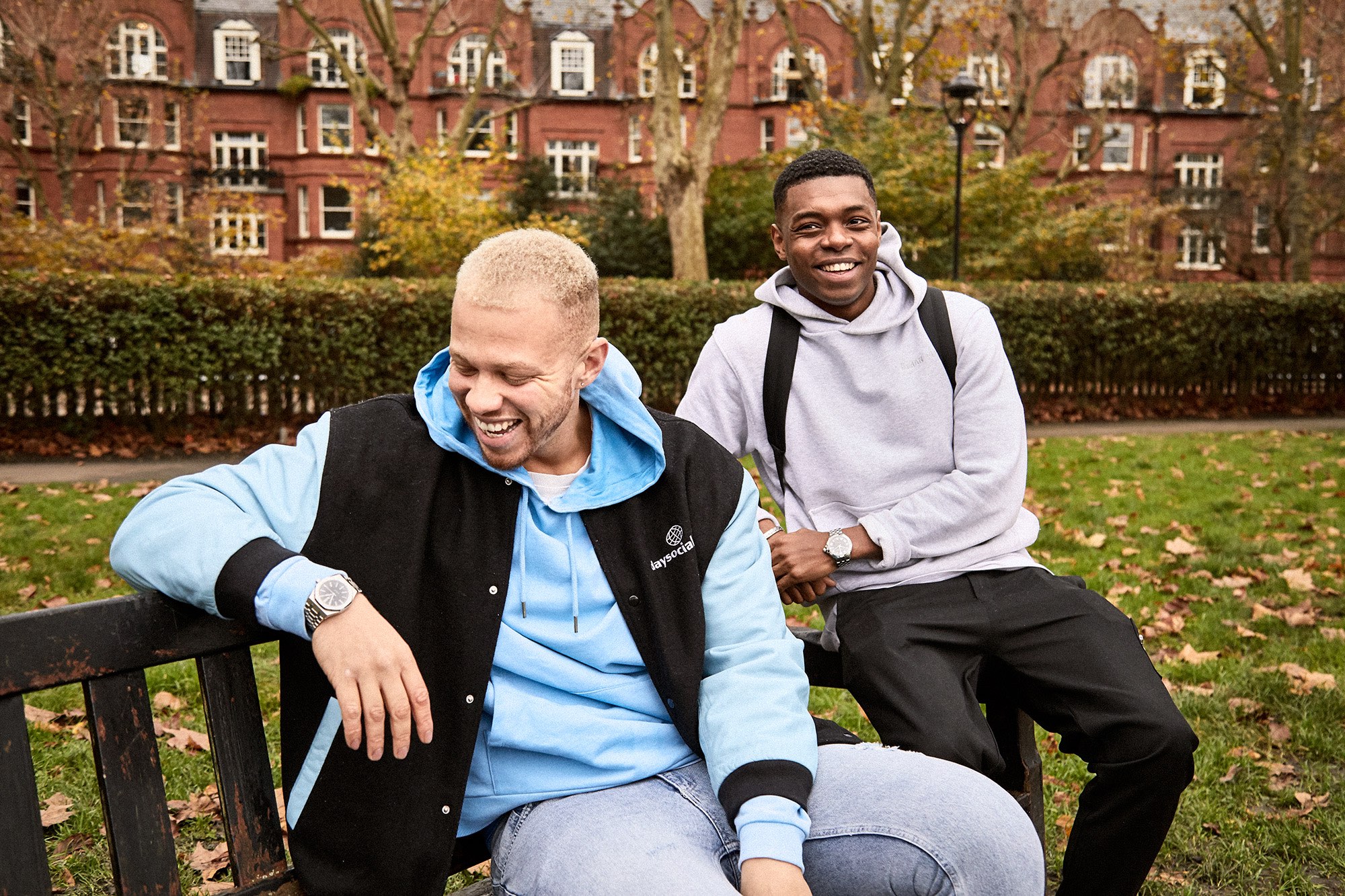 Chris Jammer (left) and Preye Crooks met while studying at the University of Cambridge.

Chris has the physical presence of an athlete and a hint of easy celebrity. I’m sitting with him and Preye in a recording studio, round the corner from Maida Vale. Preye is energetic, bringing a clear-eyed, considered intelligence to the conversation. The energy that crackles between the pair offers a glimpse of the hustle that has made S&C one of the most diverse, colourful gigs in the crowded constellation of UK festivals.

The studio where we meet is one of the bases of Preye’s day job. As an A&R (Artist & Repertoire) person, he is one of many ears-on-the-ground for Columbia Records: his role has been to sniff out the up-and-comers during one of the most intense times within UK music. That Preye has occupied this position is a clue to the secret of S&C’s success. As we stroll along leafy streets, you can sense these two are well trained to tackle the hectic levels of focus it takes to pull off such an enterprise. 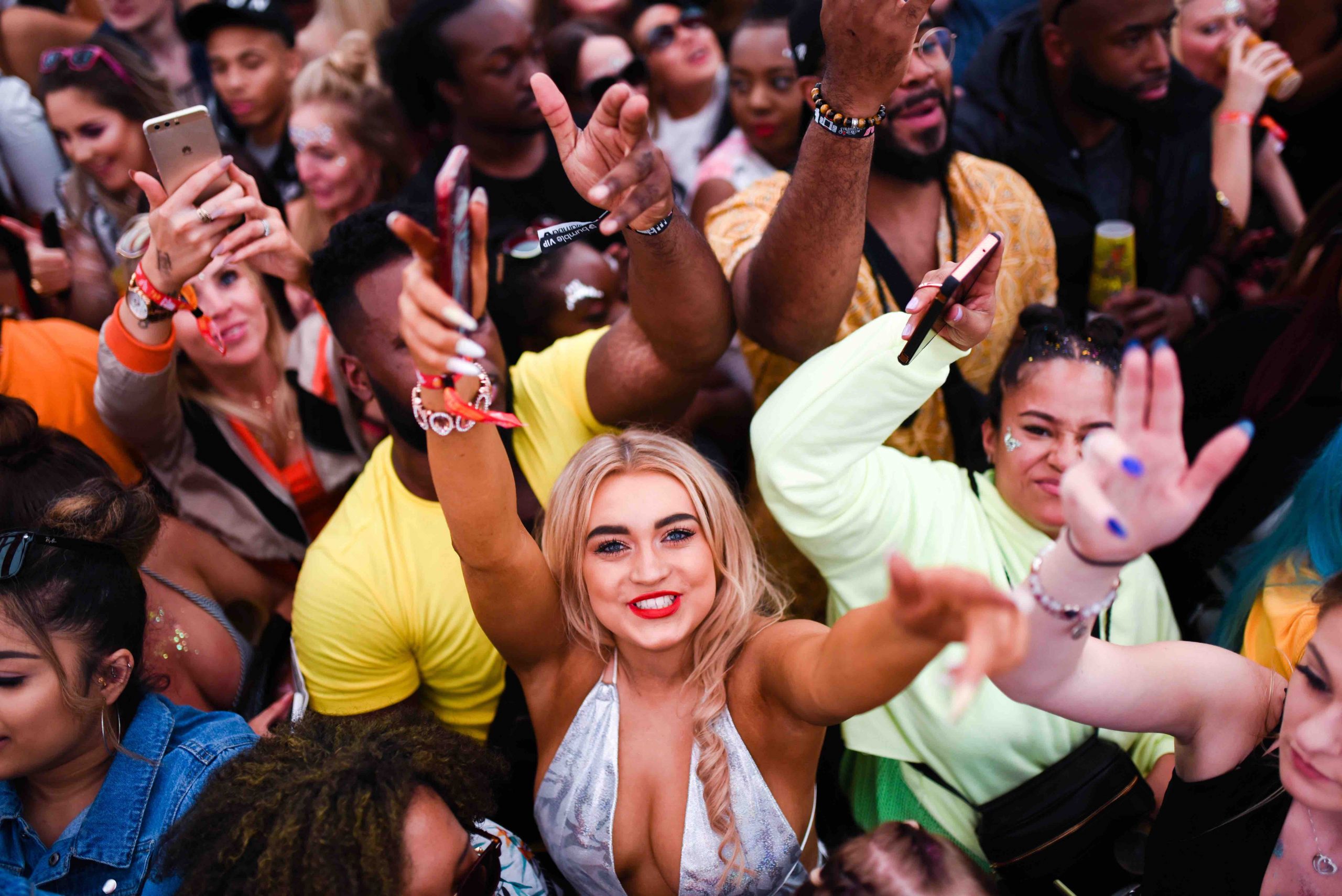 From the very beginning, S&C has been a melting pot.

Early on, the pair decided to invest in a powerful and great looking digital presence, which has become a bedrock for their success over the years. Their website, built on Squarespace, has offered them the digital flexibility to keep in touch with their community in a year where real-world festivals are suffering slings and arrows. To then run a festival like S&C, the team has to cross over from that well-honed digital space — getting down and dirty, often in the mud.

“When you’re running an event and you intro J Hus on stage, and there are all these beautiful people around and the buzz is tangible, it’s easy to think that the glamour is what it’s all about,” Preye confirms. “But someone has to literally clean up the mess – and it’s us and the team that has to do that. We’re diverse in our personalities as a team, but we have to be just as diverse in our skills!

Cambridge can be an intense place – particularly for students of colour. The pair were naturally drawn together, and it was clear from the start that the university’s traditional extracurricular offerings were things they should swerve. “I loved music and partying – and so did Chris,” Preye remembers, his face opening into a smile. “We found each other really early on. We weren’t interested in getting involved in Footlights or anything. We just wanted to listen to music that we liked without having to go back to London every weekend.”

“Because there was such a small community of people of colour there, you got to know everyone really quickly,” Chris continues, one of several instances when they finish each other’s sentences. “So you were really quick to make friends. I think the reason we got on was that, in Cambridge, if you have got enough money your parents will pay your way, but if not then the government will subsidise it. If you are in the middle somewhere, like we both were, you are not allowed to have a job, and nowhere locally will employ you, so you have to do the little promotional bits on the side, cash-in-hand stuff. So it was like hand-to-mouth at the time. But me and Preye just ended up being the best of mates and we knew we could work together to create something interesting.” 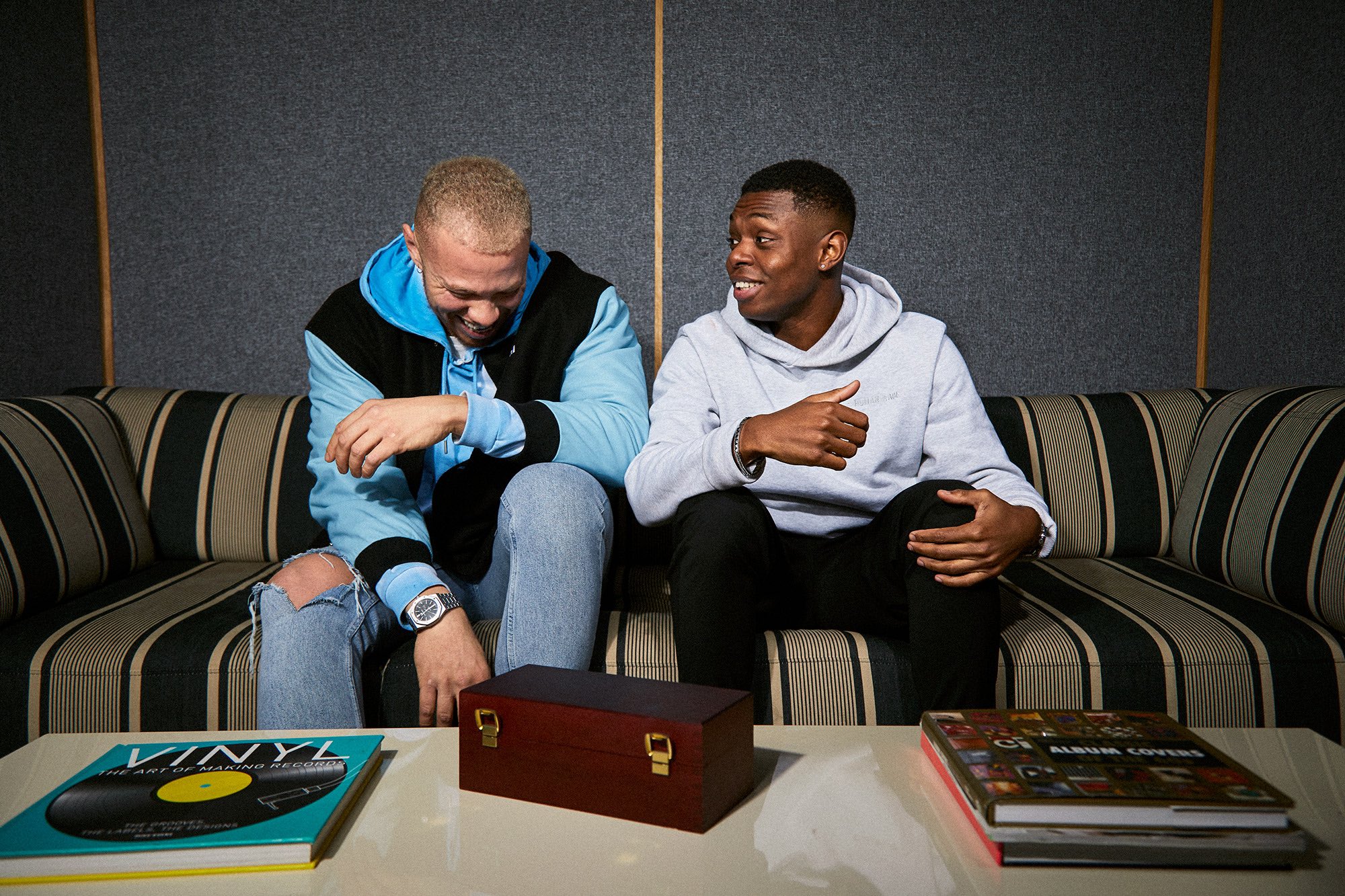 S&C started as a side-hustle and quickly evolved into a DIY community.

In the spring of 2014, the crew promoted their first gig together. It was a far cry from the black-tie events that populate the university’s ‘May Weeks’. “We pretended we were the Cambridge Medical Society because none of the landlords wanted to give us the land to do an event,” Preye remembers. “We convinced [them] we were trustworthy medical students and it went ahead. About 600 people showed.”

Headlining that first show was influential producer Shy FX and reggae stalwart David Rodigan. “Jammer and I were front row, drunk with all the punters,” Preye says, laughing. “It was great, and the night was so organic, and there was no interest in making money, we just wanted to do fun things.” 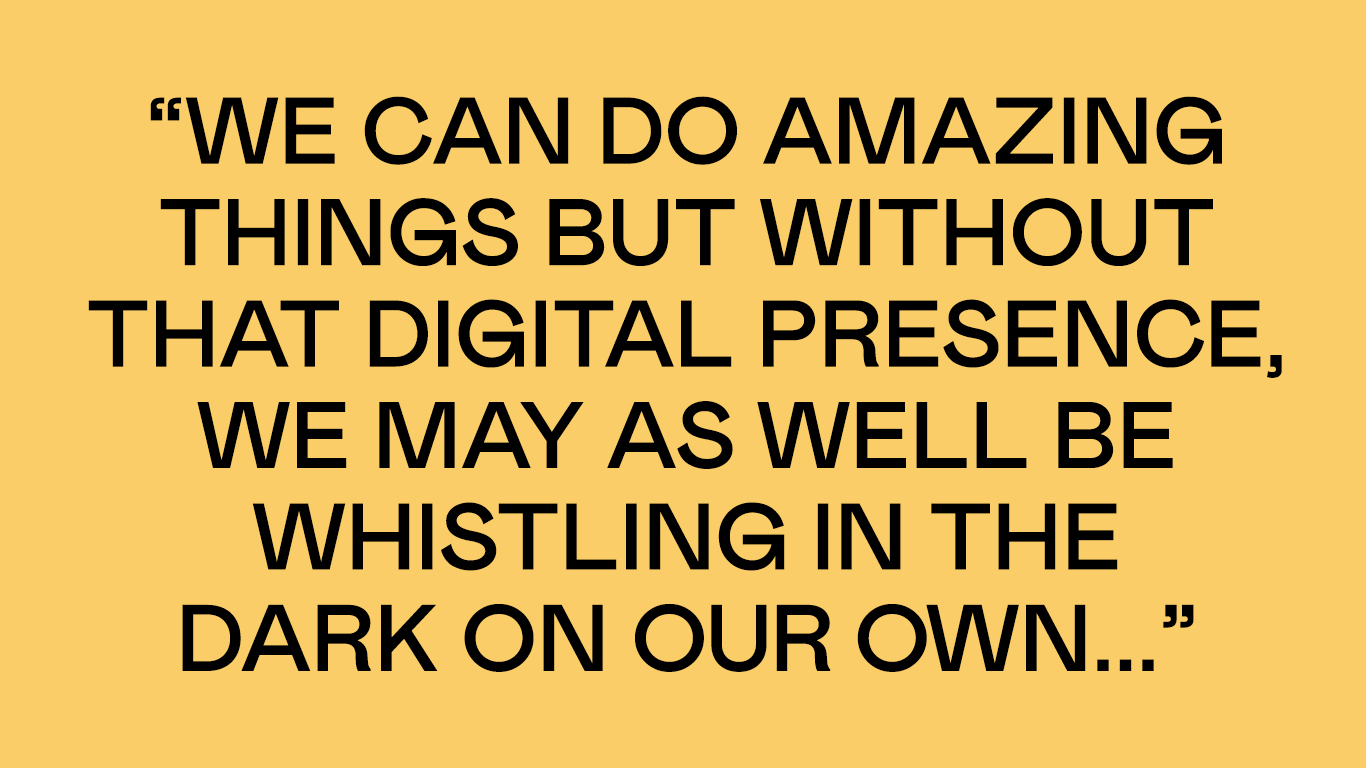 Six years on, Chris, Preye and the wider S&C team have pioneered a festival platform for music of Black origin. “It’s been an incredible time for the kind of music we love,” Chris says. “We have been on the cusp of genres that have come and gone, and have booked artists paving the way for a new sound.” From Skepta and Kano to J Hus and beyond, Black British music has resounded across the musical world. S&C have been one of the crux points where what was a niche was able to gain traction with a huge audience. “We had no right to have booked Skepta when we did in 2015,” says Chris. “But he honoured his commitment to us, and he came back in 2018 once he had blown up. He came back to play and as a fan – that was a real highlight for me in this whole journey.” 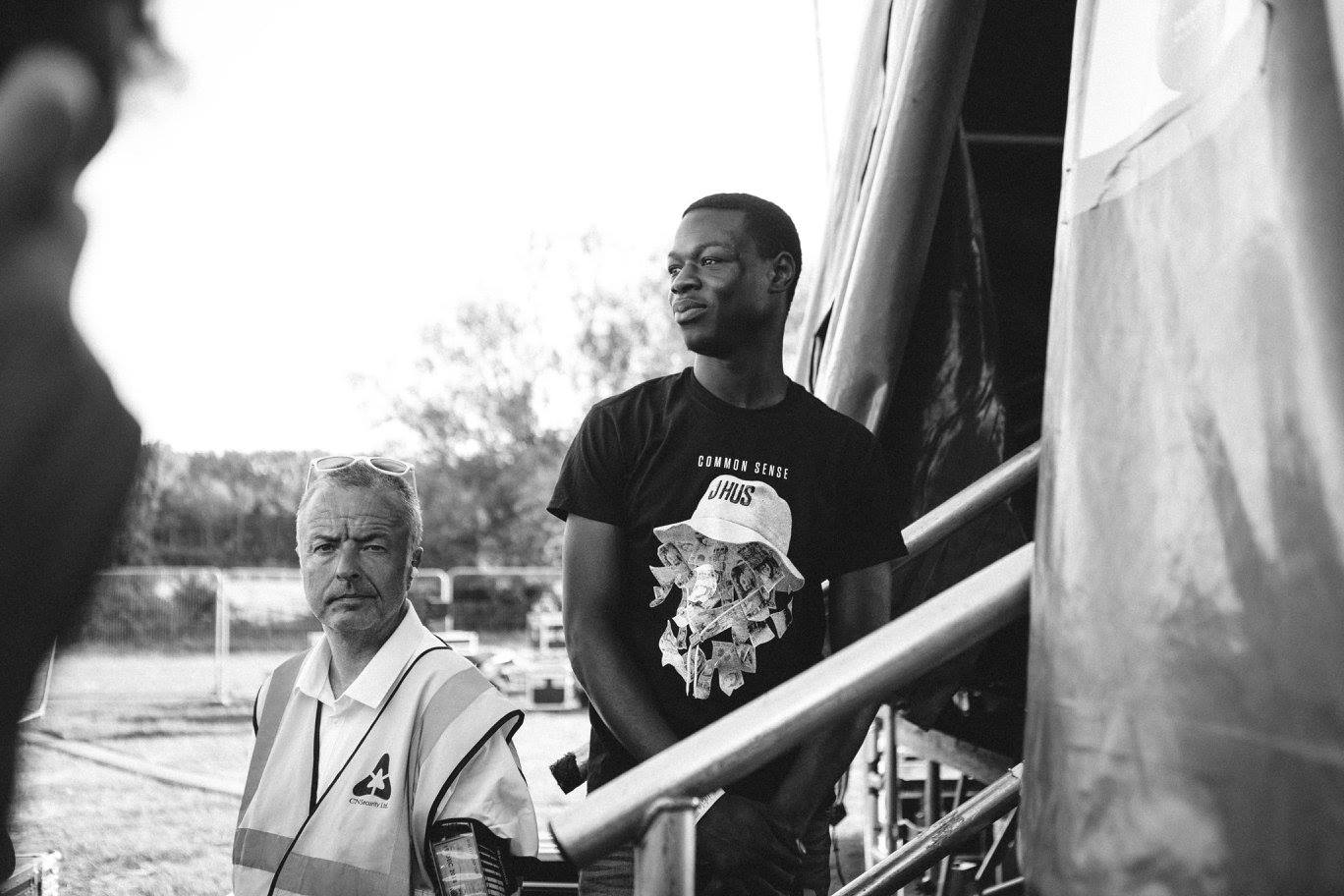 J Hus performed at the festival in 2017, the same year he released his acclaimed debut album ‘Common Sense’.

It’s a commitment to diversity that that helps set S&C apart. With the festival rooted in music of Black origin, an incredibly broad interpretation of styles, genres, and flavours, the crowd reflect that too – in terms of background, sexuality, ethnicity and gender. Since David Rodigan – a white man of almost 70 years old who happens to be an authority on reggae, dancehall, and Jamaican music in general – played that first show, all subsequent headliners have been Black. 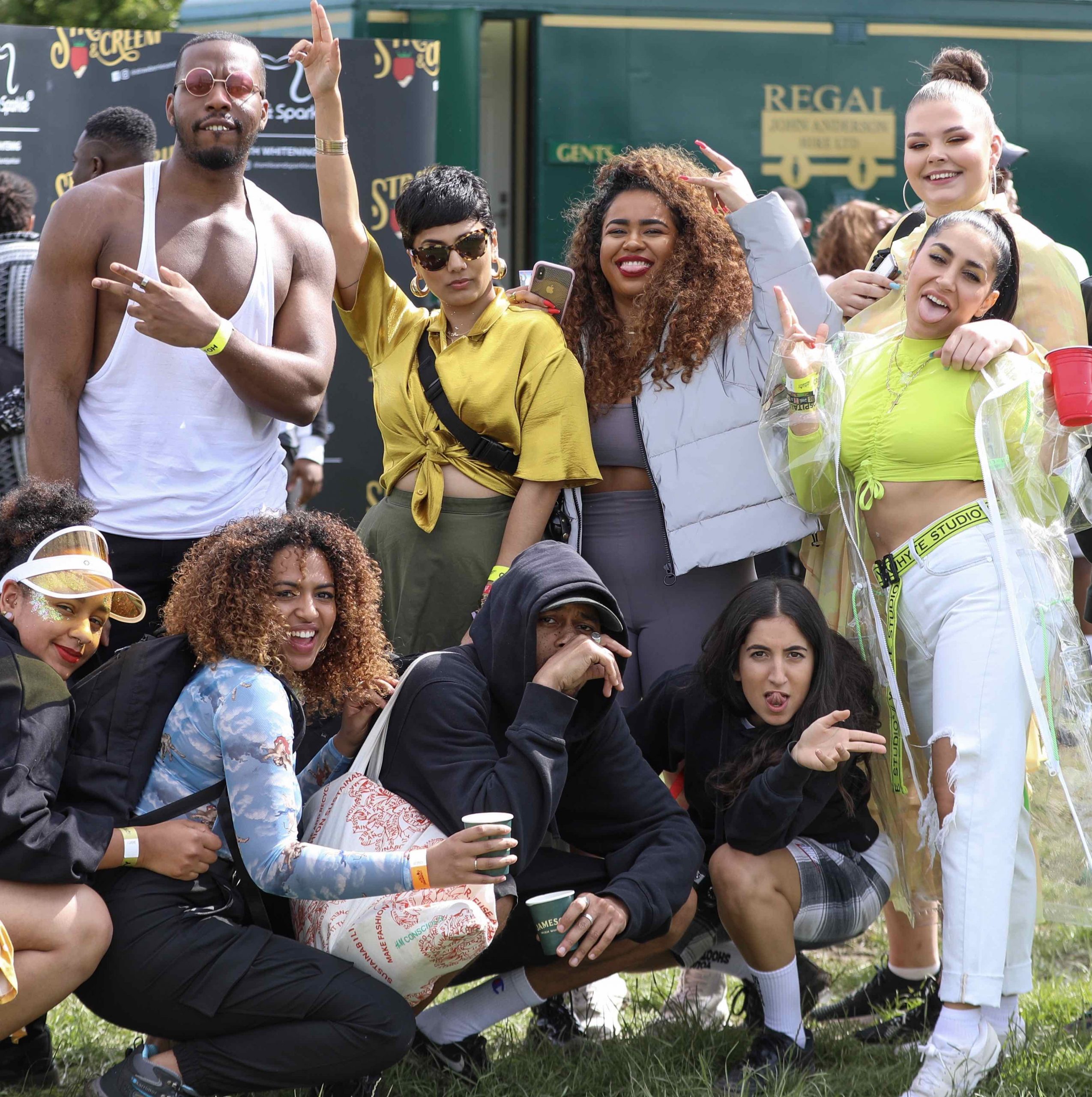 Similarly, there’s a commitment to gender diversity when it comes to performers. “Our events have also always been at least 30 percent focussed on female acts,” Preye says. “We never made an active decision to book so many female acts, we just liked those artists. I think that organically fed back into the audience profile – it made other artists want to come to the festival, it made influencers and celebrities want to come to the festival. It has just created a really nice atmosphere, and I am pleased we did it. I think if we started doing it now when diversity and inclusion have become such a touchstone for everything out there, it would be pretty obvious why we were doing it.”

Their Squarespace website grew alongside the team, confirms Chris. “At first, it was just where we housed all our stuff, but it’s grown into being our bread and butter. I was able to teach myself to build the site using Squarespace and I can easily edit everything and constantly update the information on it. The mailing list is really key, as are the galleries and the blog element where we can tell our story. And of course, it’s where we sell our tickets too. The Squarespace site has gone through our whole journey with us.” 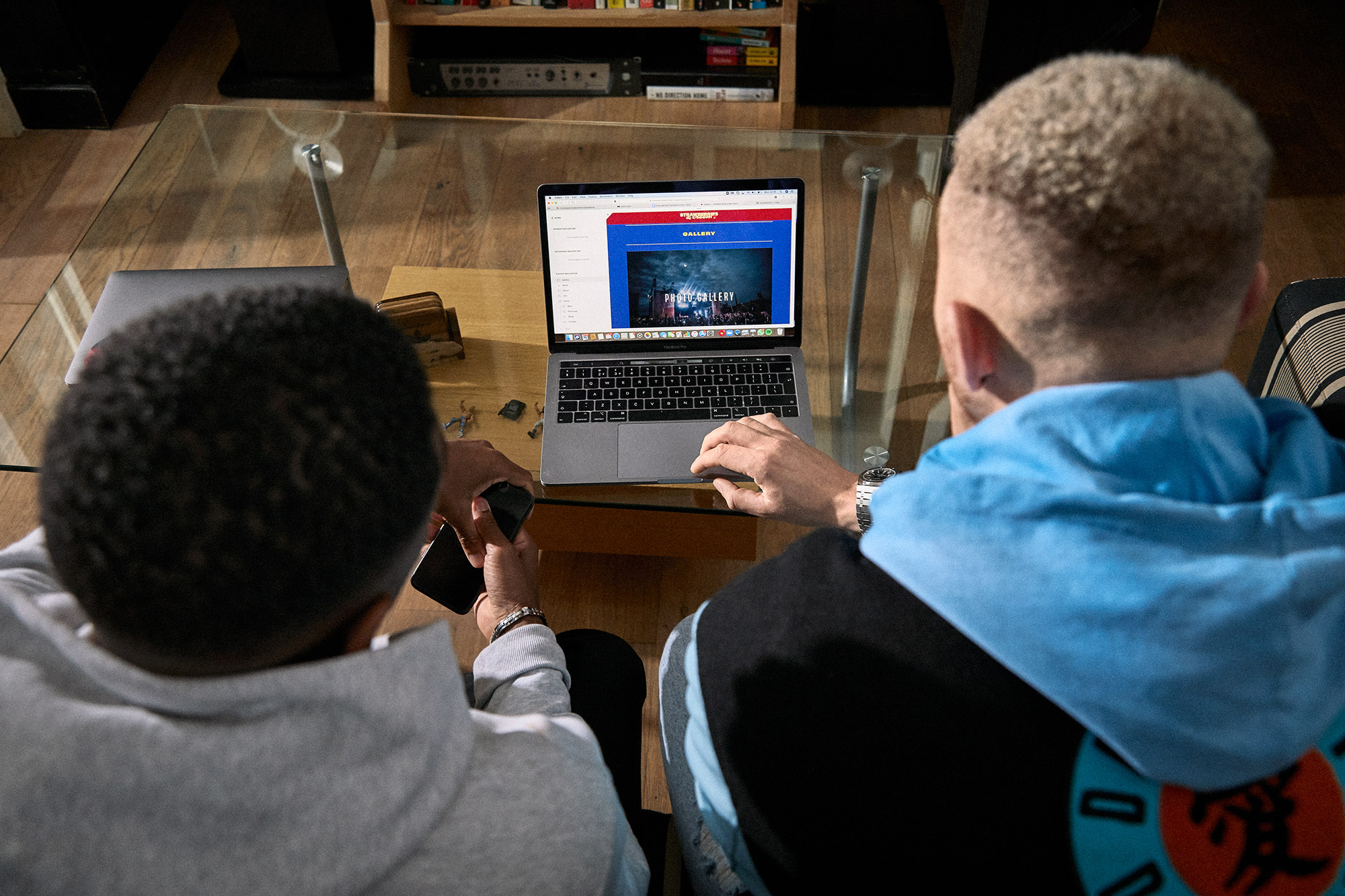 As the festival world tilts into a new era, S&C’s digital presence is at the heart of their evolution.

Despite their refusal to be laid low by the current restrictions on gatherings, the professional future remains uncertain for folks like Chris and Preye – who have chosen not only to walk the festival tightrope but to dance across the void with relish. For them, the play must go on. “We’ve just signed off on a really exciting deal for a virtual festival that’s going to bridge the gap between this autumn and our planned S&C for 2021,” says Preye. “This really underlines how important our Squarespace website will be in this current situation, he continues. “I can’t share details but it’s going to be big  – and once the virtual festival is launched, the Squarespace site is going to be vital.”

Chris concurs. “We can make moves and do amazing things,” he says, as he checks his phone, grabs his bag and steps out on his way to the next appointment. “But without that digital presence, and without being able to connect with our community when things are quiet, then no one is ever going to know about it. It’d be as if we were whistling in the dark on our own.” As I watch the two of them cross the park, the sun almost breaks out from behind the clouds. 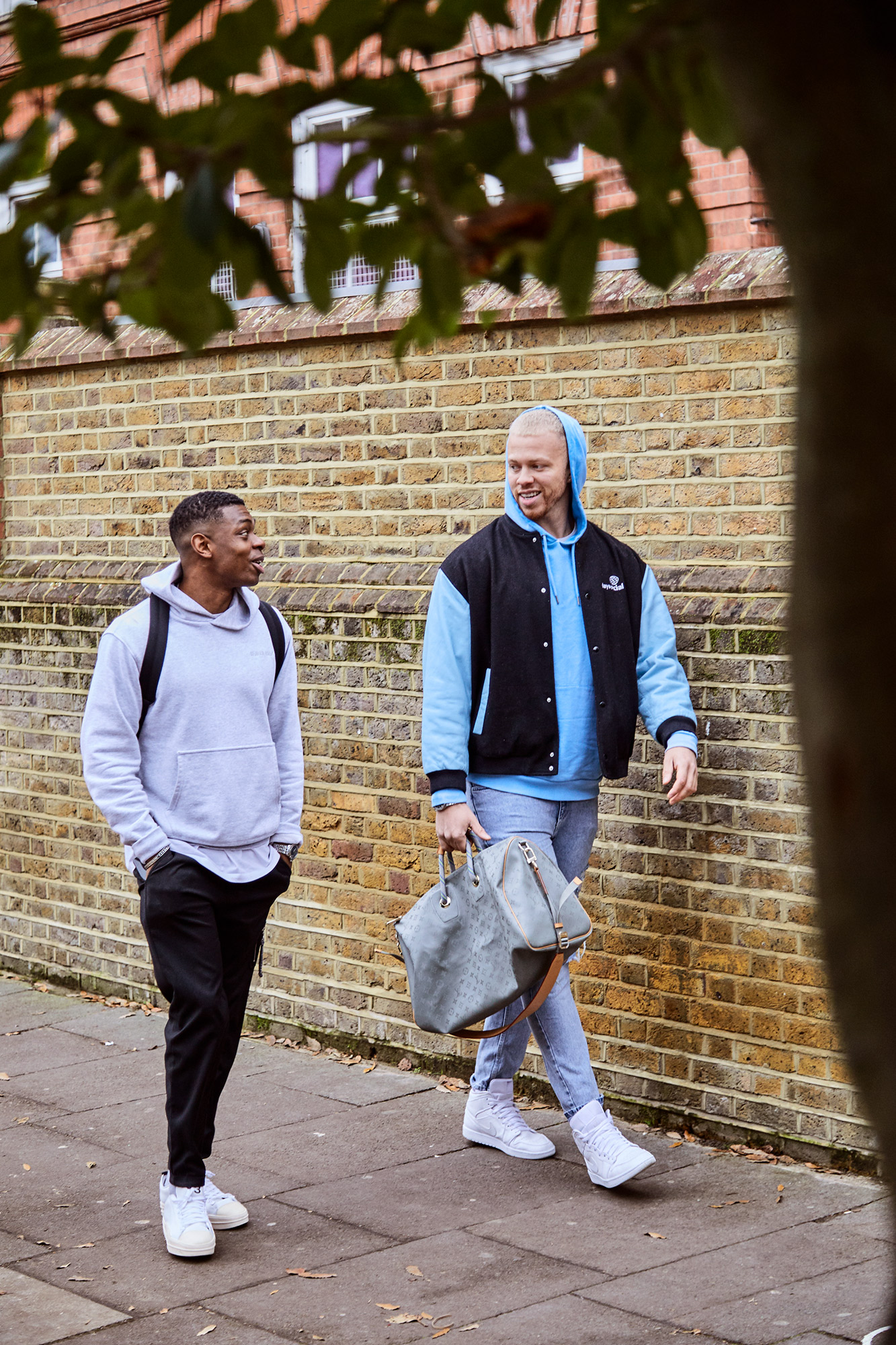 As the founding pair step out into a new era, they plan to tackle whatever comes next with the same energy they’ve always upheld.

Read more stories from Future Proof, an editorial series in partnership with Squarespace.

Linkedin
RELATED ARTICLES
OTHER ARTICLES
During the pandemic, Made In Hackney launched a meal service that has since proved vital for many, made up of vegan dishes that reflect the borough‘s cultural diversity.
While the popular news aggregation service has been kicked off Twitter, its demise does not spell the end of digestible misinformation.
The musician, DJ and founder of Monika Enterprise reflects on a career defined by revolution and rule-breaking.
In 1984, Martin Shakeshaft set out to document the miner’s strike as it really happened, using his photography as a tool for activism.
The Philadelphia local has made a name for himself capturing the hardcore scene – and over more recent years, he’s been ramping up his coverage of the fight for social justice.
In Sheffield, food delivery drivers are fighting back against one of the giants of the gig economy.