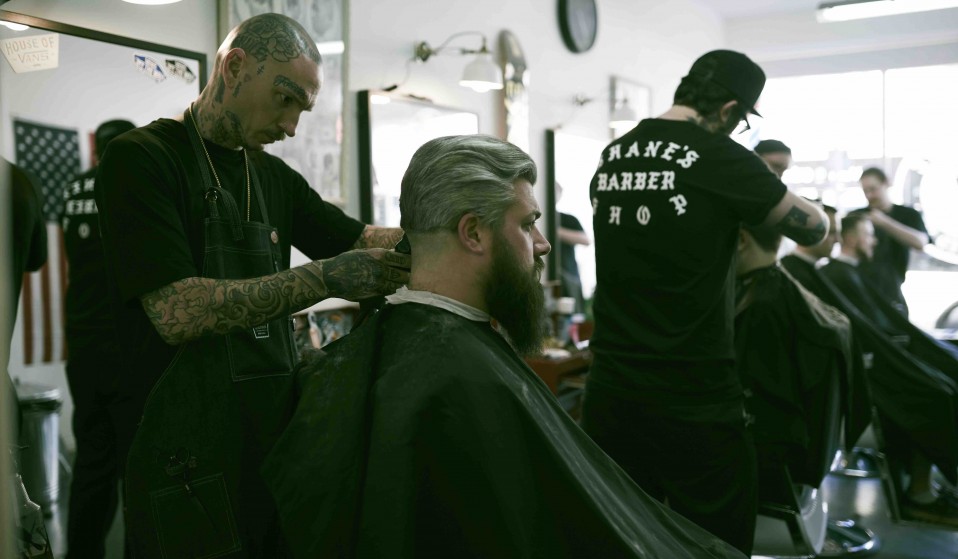 When Paul Hewitt walked into a barbershop for the first time, he picked up his life and threw himself in a new direction. And he hasn’t looked back since.

When Paul Hewitt walked into a barbershop for the first time, he picked up his life and threw himself in a new direction. And he hasn’t looked back since.

Even once you’ve sensed you’re on the wrong path in life, it often takes something big to bring things into focus. Paul Hewitt grew up with the “wrong people” in Southampton on England’s South Coast and got “dragged along” to Tenerife, Spain, where he ran bars and clubs – partying hard and barely seeing the sun. “It’s not real life, it’s just bollocks,” he reflects. “I just wasn’t living a good lifestyle.” The local scene had been growing more and more violent, but when he saw doormen beating a young guy on holiday, who later died of his injuries, that was it – he booked a plane ticket and left.

Working out you’re on the wrong path is one thing, but finding your true direction is another matter. Paul was offered a hairdressing job in Brighton and jumped at the chance to learn a new trade. It was a welcome fresh start and although he appreciated the creative side, working in a high-end salon, having to dress a certain way and having almost nothing in common with his wealthy, pampered customers wasn’t where he wanted to be. “After four years in hairdressing, I realised my passion lay in men’s cutting and styling,” he explains. “I stepped into my first barbershop eleven years ago and everything changed.” 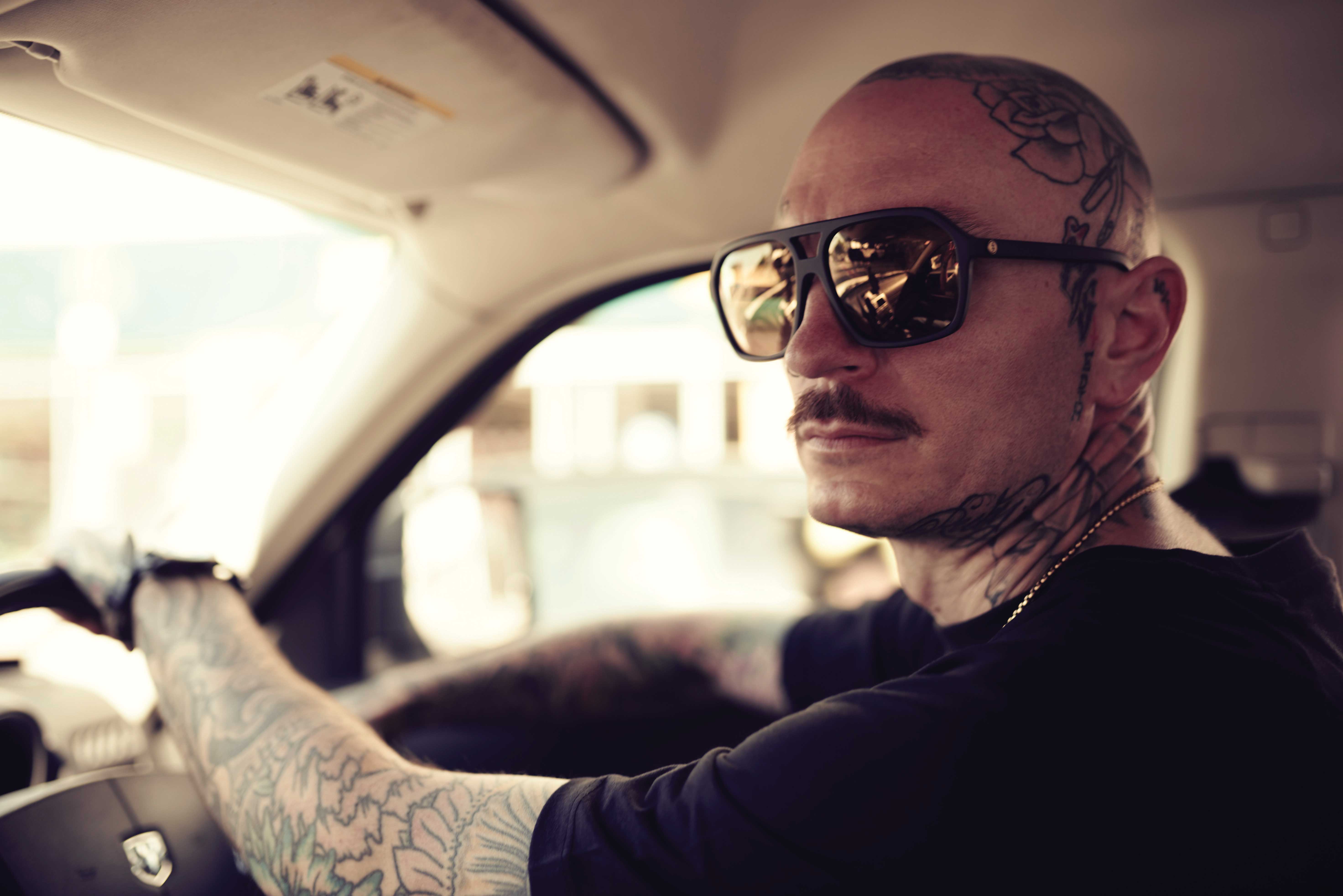 Fuelled by a newfound fire, in 2009 Paul took a giant leap into the unknown when he founded AONO – Always Outnumbered Never Outgunned. From small beginnings in Brighton, he’s built up a lifestyle brand with transatlantic connects, based around straight-talking style and barberlife: the fusion of barbering, tattoos, streetwear and, most importantly for Paul, family. AONO has been dropping killer product since day one, but through joint projects with bigger players like Electric and Mishka, it’s fast becoming a force to be reckoned with.

With its deep roots in barbering and tattoo culture, AONO draws on heritage with a forward-thinking filter. “Tradition is key in barbering; styles and trends change but you have to respect the tradition,” Paul explains. “Our motto is bring traditional barbering into the modern world.” 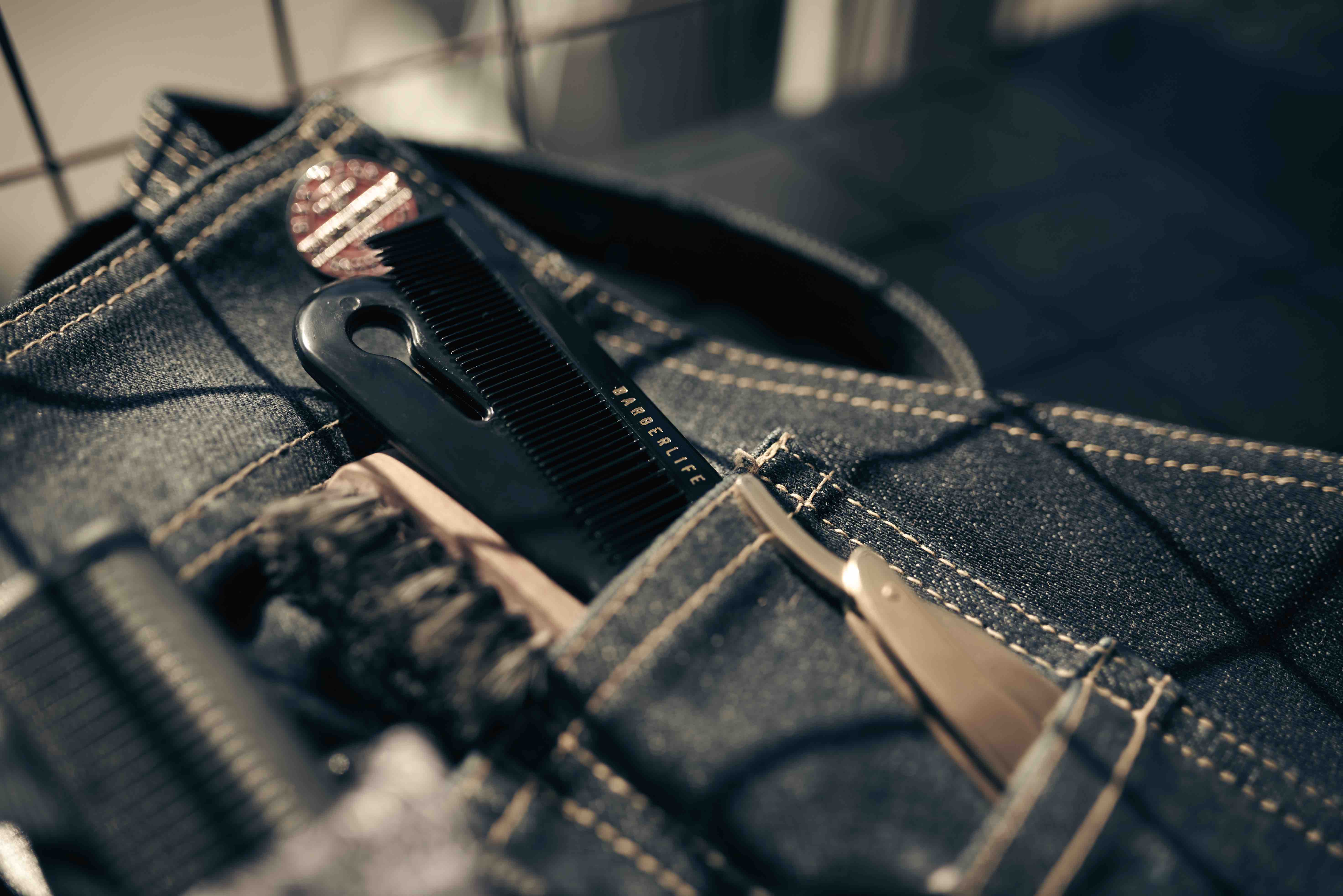 When we talk, Paul has just opened a new shop, AONO & Co, on Brighton’s London Road – and he’s stoked. He gets to wake up every morning and work alongside a strong crew of likeminded people, who he learns from every day. It’s his third barbershop (after another in Brighton and one in Cologne, Germany), but this represents a big step forward for AONO. “Every part of the concept is here,” Paul explains. Designed by his wife Anna, the interior borrows from the brushed concrete aesthetic of The Level skatepark nearby. Alongside the barbering and clothing, he’s added flexible gallery and studio space, where visiting barbers or tattooists from the US can hold pop-ups or seminars, and a coffee shop up front. Paul’s Electric x AONO Capsule Collection is proudly displayed at the store too. 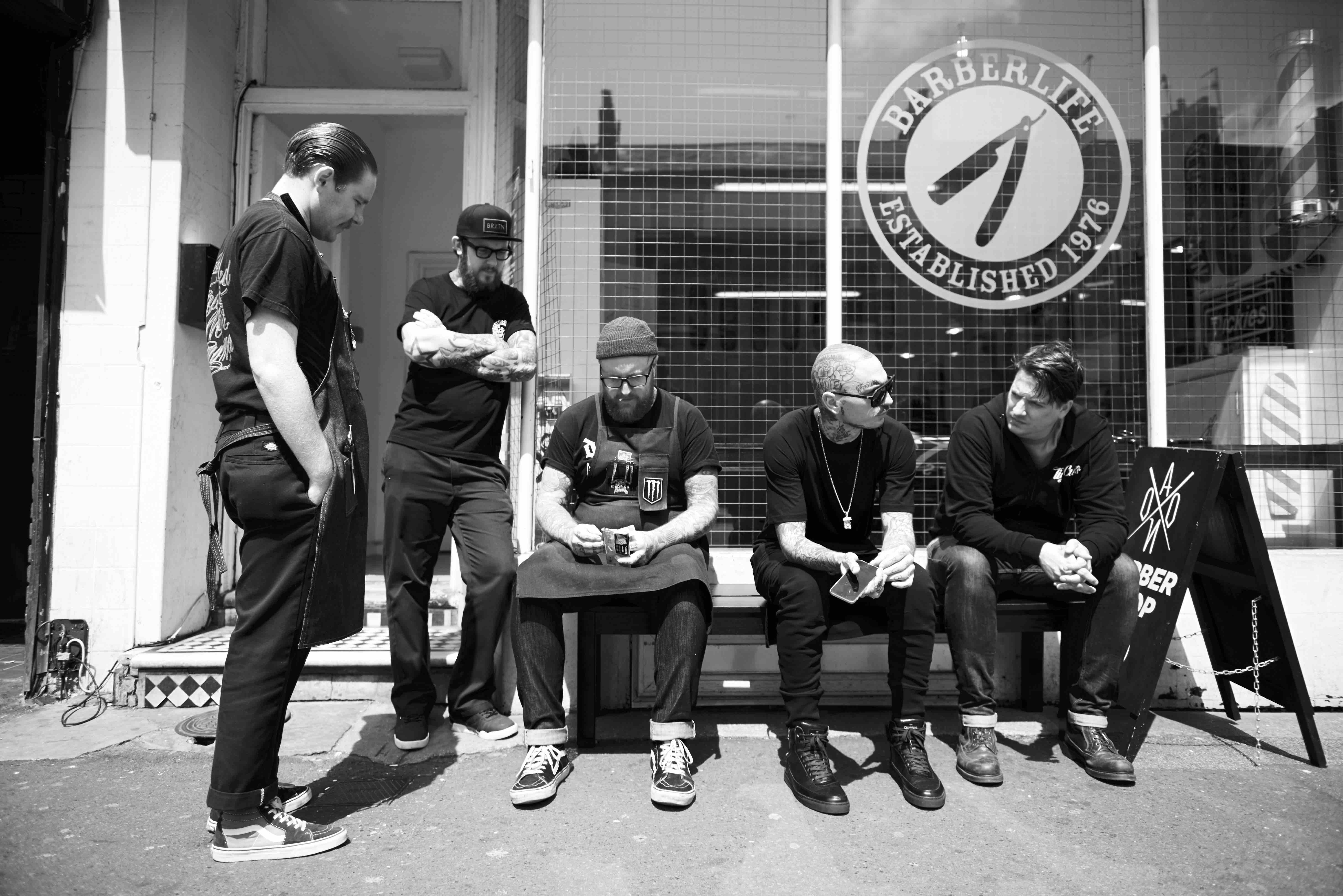 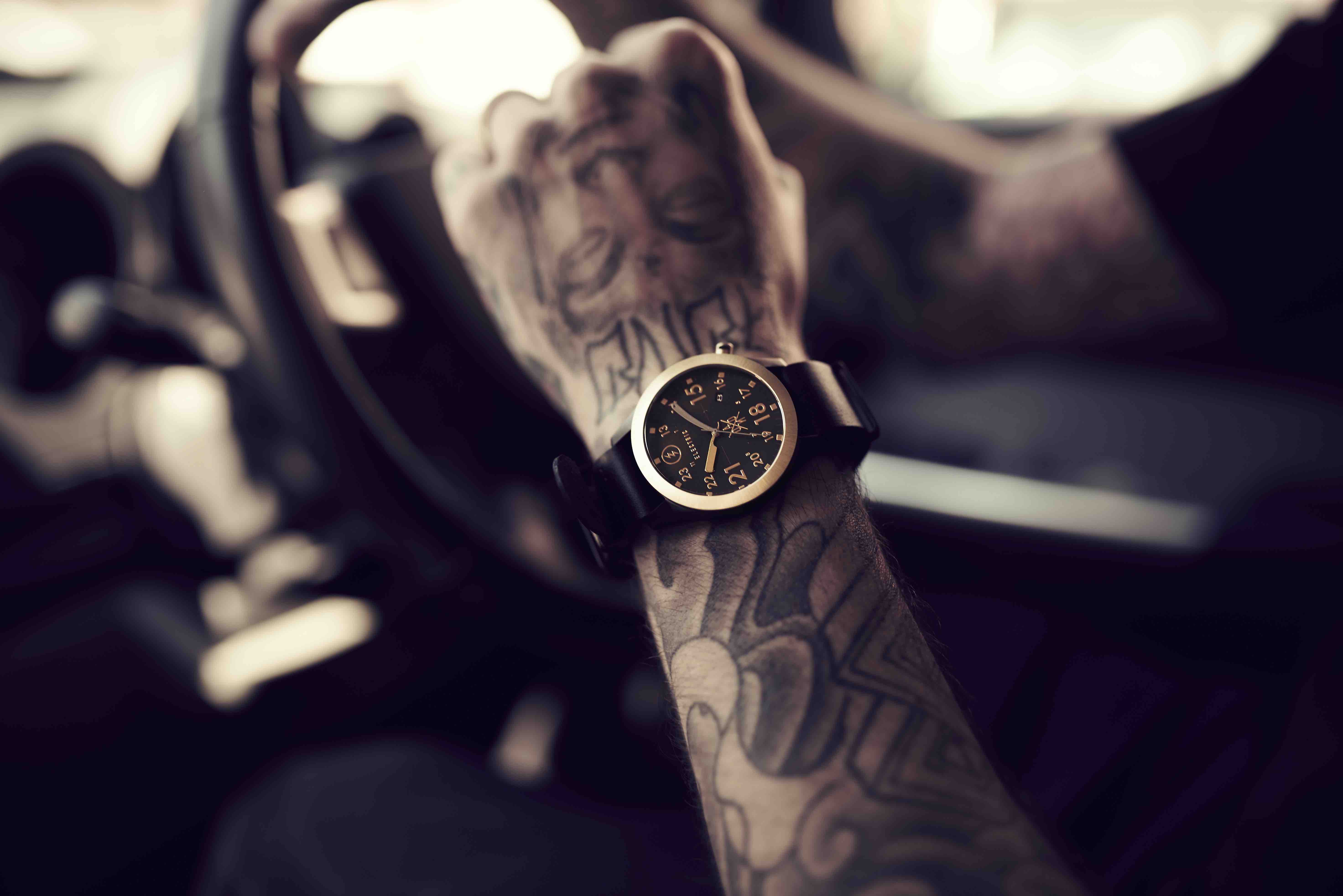 “AONO & Co was kind of born over a haircut,” Paul explains. He began cutting for an old friend from his bar days, who now owns a bakery and has become his business partner. “We started chatting about bringing coffee culture together with barbering. Streetwear and barbering has changed so much over the last few years, we just wanted to bring another arm into the lifestyle. If I’m not at a barbershop, I’m always hanging out at coffee shops, so we thought why don’t we open our own so we can just hang here all the time?” 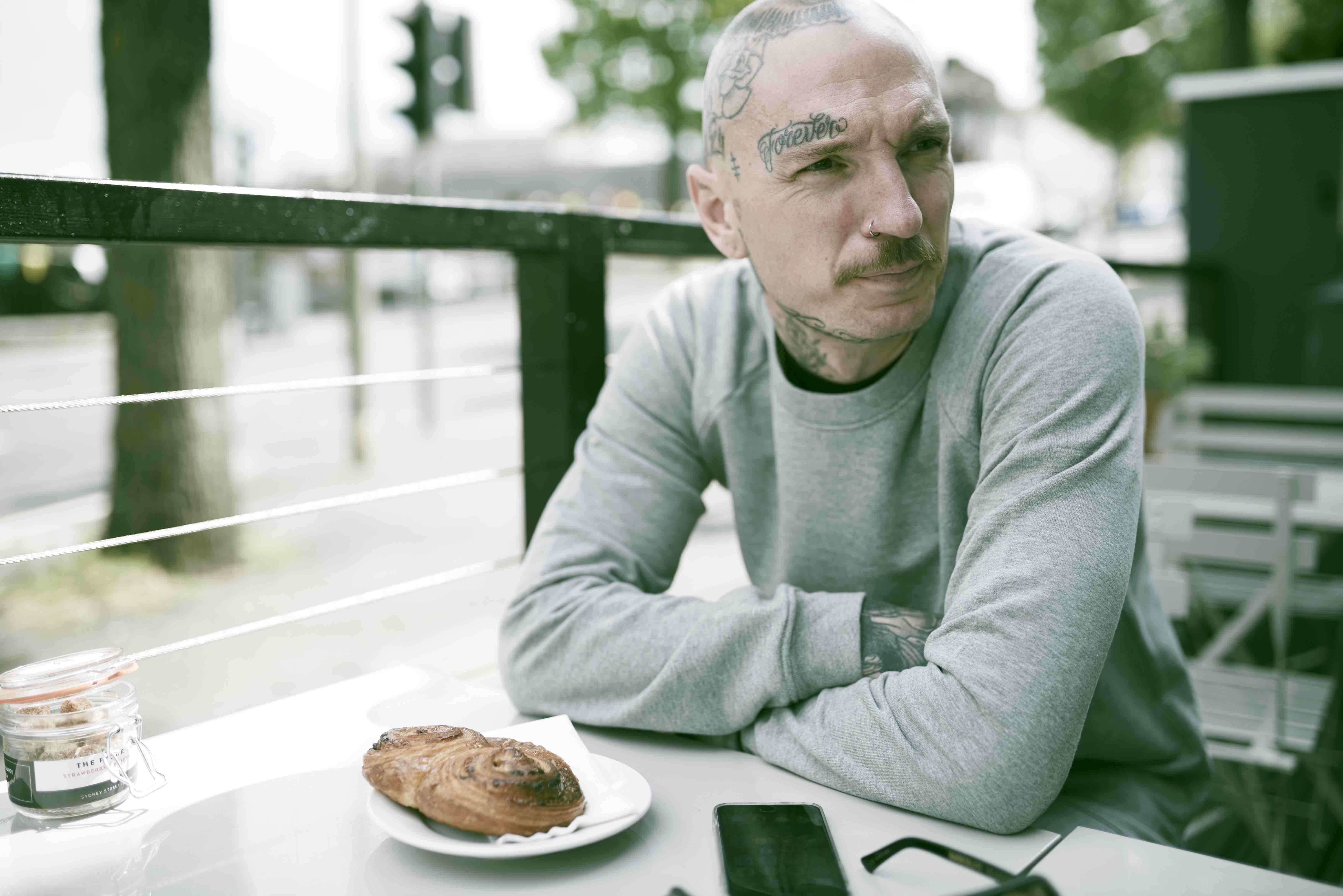 Paul drew a firm line under his old life when he gave up drinking four years ago. Everything he’s achieved since has been down to hard work, caffeine and the need to provide for his wife and two kids – the ones who really matter. When he’s not cutting hair, he’s on the road, meeting his barbering heroes and sharing his own skills at events and pop-ups across across the UK, Europe and the US. “It’s 24/7 and you have to sacrifice everything, but the rewards are huge – seeing an idea come to life and then have people all over the world wearing your product is amazing,” he explains. “People turn round to me and say, ‘You’re always working, you’re always travelling,’ but it’s because I fucked around for so long. When I finally got to do exactly what I wanted to do, I had to make up for lost time.”

Check out more from Electric California.

Linkedin
RELATED ARTICLES
OTHER ARTICLES
Proposals to introduce a minimum GCSE threshold for student loans will disproportionately affect those from marginalised backgrounds.
Yesterday queer activist group Lesbians and Gays support the Migrants staged a die-in at the Pride in London parade to protest the inclusion of police in the march reports Huck politics editor Ben Smoke.
50 years since its inception, and the campaign calling for recognition that capitalism depends on domestic labour is as pertinent as ever.
For decades, an area of East London has served as a community hub for Vietnamese people looking for a taste of home.
In the latest instalment of Photographers in Conversation, the chronicler of raves, protests and beyond explains why he’s drawn to such specifically visceral environments.
Wealth inequality and the rising cost of socialising is placing a strain on people’s relationships, reports Eve Upton-Clark.