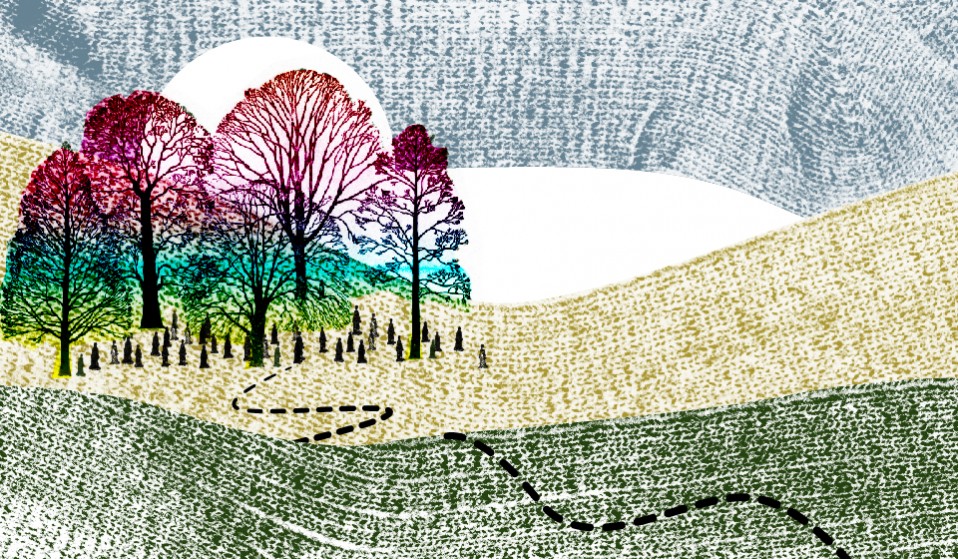 When British club kids spilled out into the countryside in the late ‘80s and early ‘90s they were searching for lands of adventure trodden by many radical hikers before them.

When British club kids spilled out into the countryside in the late ‘80s and early ‘90s they were searching for lands of pastoral freedom trodden by many radical hikers before them. Now, new brand RMBLR is connecting the dots between both worlds.

When Benny Rothman organised 400 walkers on a mass protest against rambling restrictions in the Peak District in 1932 – known as the Kinder Trespass – he set in motion a public space battle, for those in the pursuit of pleasure, that would be picked up by his hedonistic descendants over half a century later.

Acts of civil disobedience – rambling or raving freely – are the inspiration for a new outdoors brand RMBLR, founded by Rob Brigham and Fred Royle, which aims to create British-made products that can be at home both on the homemade dancefloor and at peace in the still untouched rolling hills.

To celebrate the coming-together of our favourite elements of British escapism, and the launch of RMBLR through its website and at select Ellis Brigham stores on December 1, we’ve put together a little guide of iconic rave spots, and things to look out for if you ever fancy a visit. Enjoy.

As one of the earliest events in the history of illegal free raves the Biology event in Watford in 1989 was a milestone. Organiser Jarvis Sandy had apparently been into hip hop exclusively before he attended a club in Elephant & Castle called The Rave In The Cave, which was run by popular DJ Ellis Dee. He was instantly hooked and after throwing a big party at a film studios in central London he decided to move out further afield and headed for the farmland outside Watford. 10,000 people were rumoured to have turned up to this Biology party to hear DJs like Paul Oakenfold, Trevor Fung, Grooverider, Paul Trouble Anderson and Nicky Holloway. The event was completely illegal and took five days to set up but was miraculously never shut down by police.

You can start at the meeting point of the original rave – then the Game Bird pub in Watford, now a Toby Carvery – on 3 Hartspring Lane. From there cross under the M1, bear left through the woodland and cross the River Colne up to the secluded Old Fox pub in Bricket Wood. Do a loop of Bricket Wood Common, a site of Special Scientific Interest with rare wildlife and ancient plant species, and then double back down through Little Munden Farm and a mile of beautiful woodland, crossing the River Colne again, to Round Bush where you can enjoy a pint at the 17th Century Inn of the same name before heading back to the Carvery and civilisation.

The RMBLR Jerusalem Cotton Socks in Back to Berkeley boots for some of the marshier riverside bits. 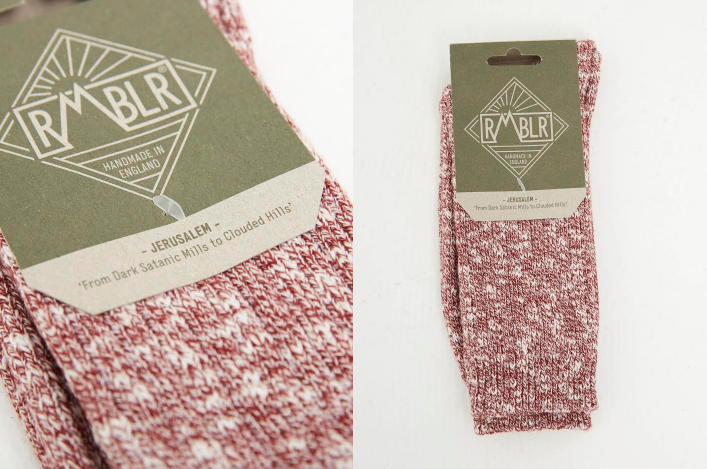 Two of the rave era’s most infamous party-throwers were Tony Colston-Hayter and David Roberts who operated under the banner Sunrise. They had been big clubgoers in the city but were part of a mass movement out of the confines of the metropolis and into the freedom of the countryside and in 1989 their Midsummer Night’s Dream event made front-page news on The Sun who called it ‘Britain’s biggest ever Ecstasy bash’. The duo narrowly avoided arrest by claiming the event was private and a year later in 1990 they led a massive march on Trafalgar Square – Freedom To Party – campaigning for the right to stage large public events.

Start at the site of special rave history, the airfield, and walk down Waltham Road, past the steam fair, bearing to the left to get to Waltham Place Farm. You can explore the beautiful gardens here and sample some goods from the farm shop before heading off past the Beehive pub and the impressive Tudor House at Shottesbrooke Park to the adorable Waltham Saint Parish Church. Then it’s north through fields of glorious countryside to Knowl Hill and back through Shottesbrooke Farm to the airfield again to complete the round trip.

Take one of RMBLR’s Derwent Rolltop packs and fill up with treats from the farm shop. 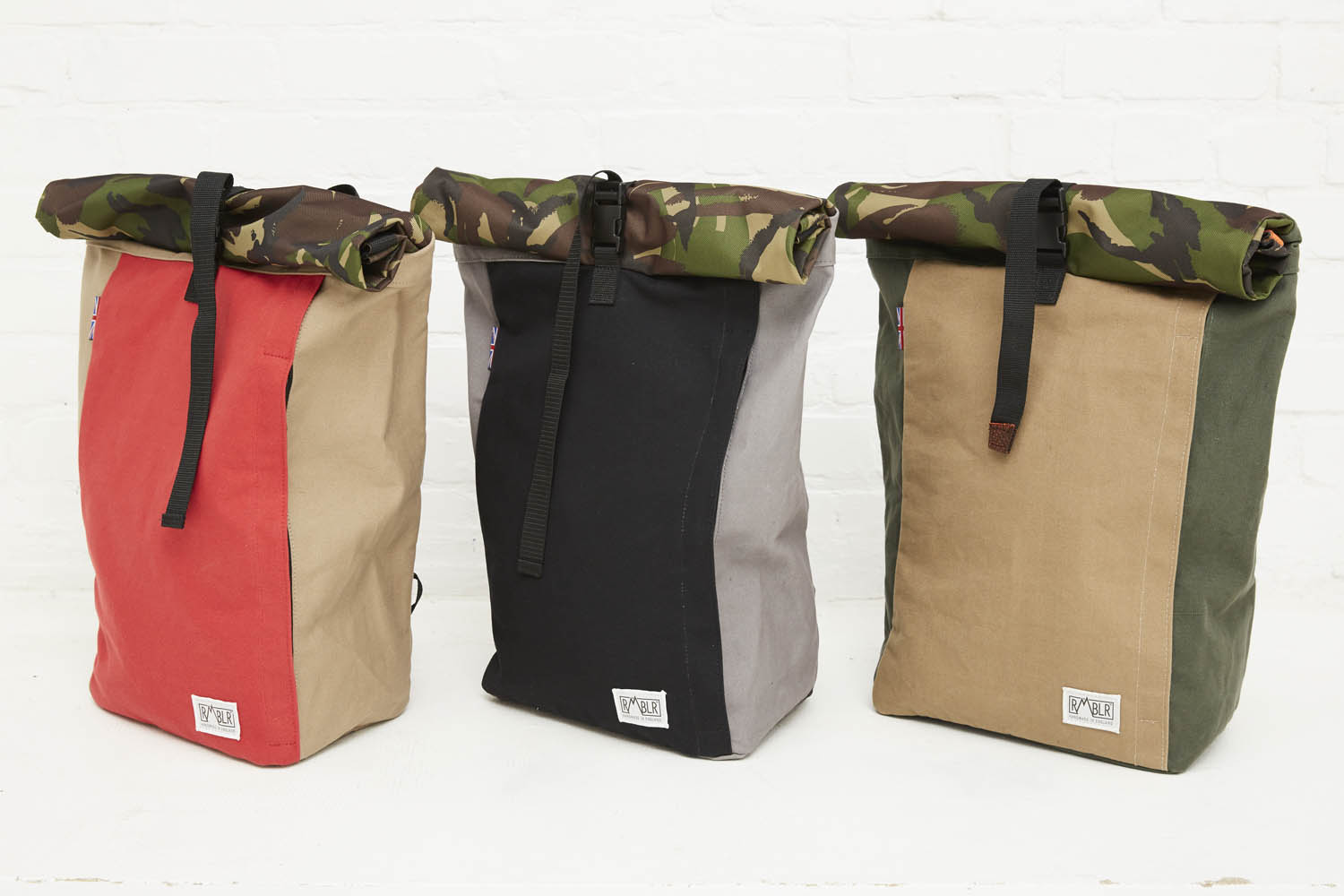 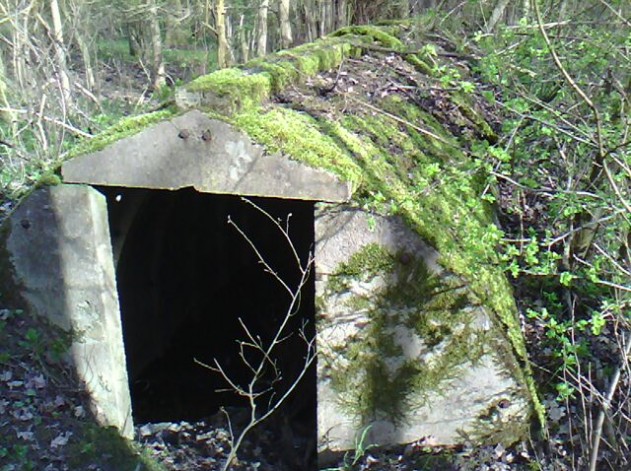 In the summer of 1997 legendary party promoters Helter Skelter – a husband-and-wife duo inspired by early Acid House clubs and the Orbital M25 motorway raves – put on their biggest and best party ever ‘Energy 97 – The Carnival of Dance’ in an airfield on the outskirts of idyllic parish village Turweston. The party was attended by 18,000 revellers from across the country and featured 85 top acts such as ‘Vibes’, ‘Seduction’ and ‘Hype’. Two years after this event Helter Skelter threw in the towel after a new year’s eve rave and the free party dream began to fade with the onset of the noughties.

Listen to a playlist of the original tape:

Start at St Peter’s Church and take the footpath crossing over the River Ouse and under the A43 to the Old Post Office on the other side. Continue on Main Street, bear right at the fork in the road, and follow the path in the direction of the airfield. Circle the airfield until the footpath cuts left into the centre towards Rally School. From there continue north through the airfield, and cross the River Ouse again, to Whitfield and The Sun Inn (where you may stop for a pint). Follow the path back west past Versions Farm and back into the parish of Turweston.

Keep cosy from the whipping wind in the RMBLR Wildboar Hat. 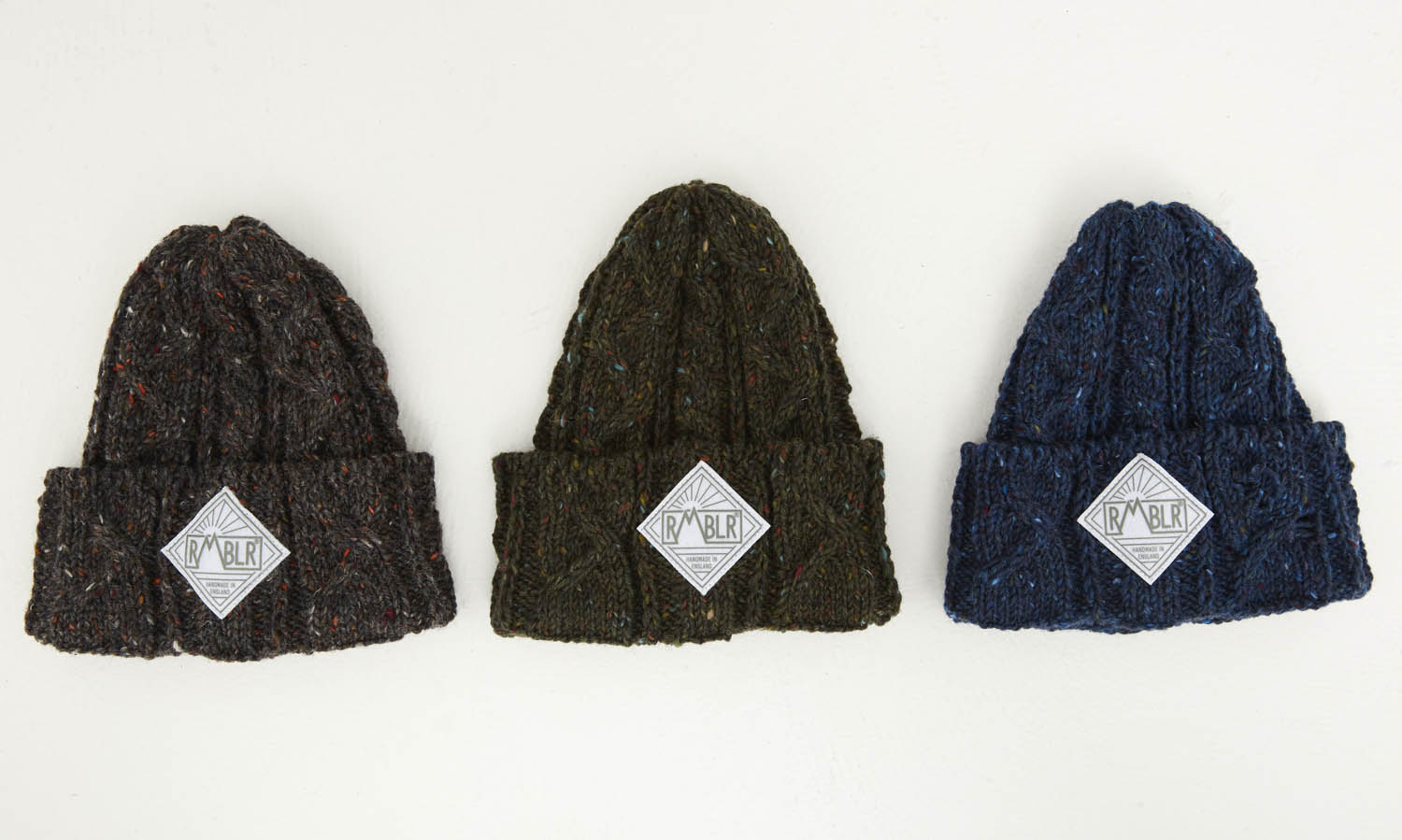 RMBLR products are on sale now on their RMBLR website.

Linkedin
RELATED ARTICLES
OTHER ARTICLES
The author discusses her new memoir, which offers a sobering reflection on the racism and otherness she’s experienced along with a joyful celebration of her culinary heritage.
To mark the premiere of his new documentary on surfing giant Gerry Lopez, the filmmaker and former pro skateboarder sits down to share his unique brand of wisdom.
Photographer Anne-Marie Michel captures the women who through determination and strength are forging their own way in a male-dominated industry.
RaD was inclusive, underground and unapologetically British. Almost three decades after it ceased publication, the people behind its success remember its influence.
Photographer Jack D. Teemer travelled through US cities to create a vivid document of a region in decline.
A series of photos by the late Jerry Dantzic taken in 1957 show a tender side to the iconic Jazz musician.