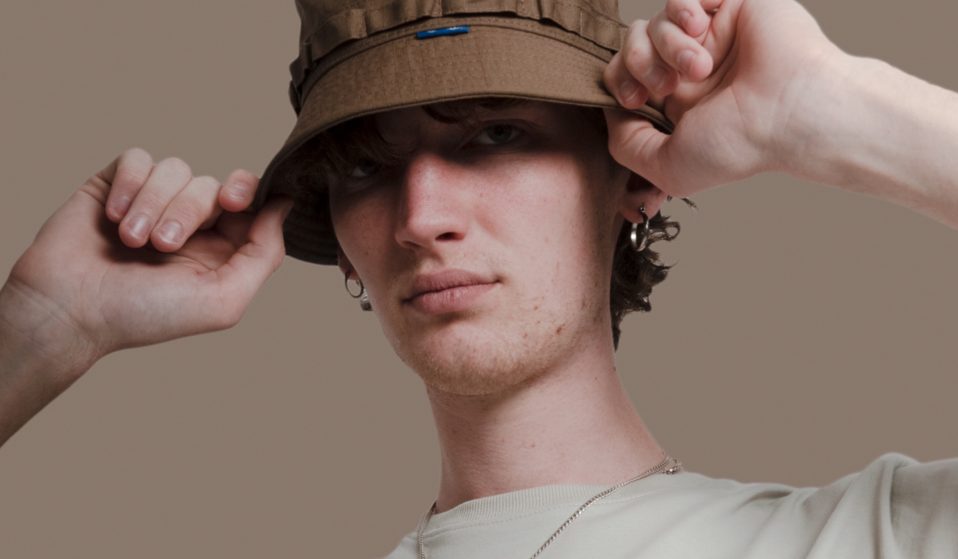 With their latest capsule collection, SCRT have constructed their own mythology, based on the story of a fictional meteor shower that hit a small Scottish town.

With their latest capsule collection, SCRT have constructed their own mythology, based on the story of a fictional meteor shower that hit a small Scottish town.

With their latest capsule, SCRT are blurring the lines between truth and fiction. Centred on fictional accounts of a meteor shower that took place over an abandoned Scottish town, the Clune Park collection shines a light on sensationalism, the mystical and that very human urge to seek meaning from the unexplainable.

The story dictates that the shower began at 9pm on 1 June, 1986. A total of 12 meteors survived the trip to earth, with reports of locals experiencing strange phenomena following suit. “It was an exercise in creativity, really,” explains SCRT co-founder Adam Kirk. “When you anchor yourself in truth, but give yourself the freedom of narrative to expand reality into fiction, creatively it becomes very interesting.”

“Stretching the truth is a similar exercise to that of the creative expansion that you have to do when developing ideas,” he continues. “We had this opportunity to create a whole universe around an idea.”

The collection itself focuses on the 12 meteorite samples as well as eyewitness testimonies, with designs reminiscent of National Park merchandise. An accompanying zine, Praise Be The Meteor, dives deeper into the mythology they’ve constructed, with accounts from the “fanatics” who have since dedicated their lives to the shower. 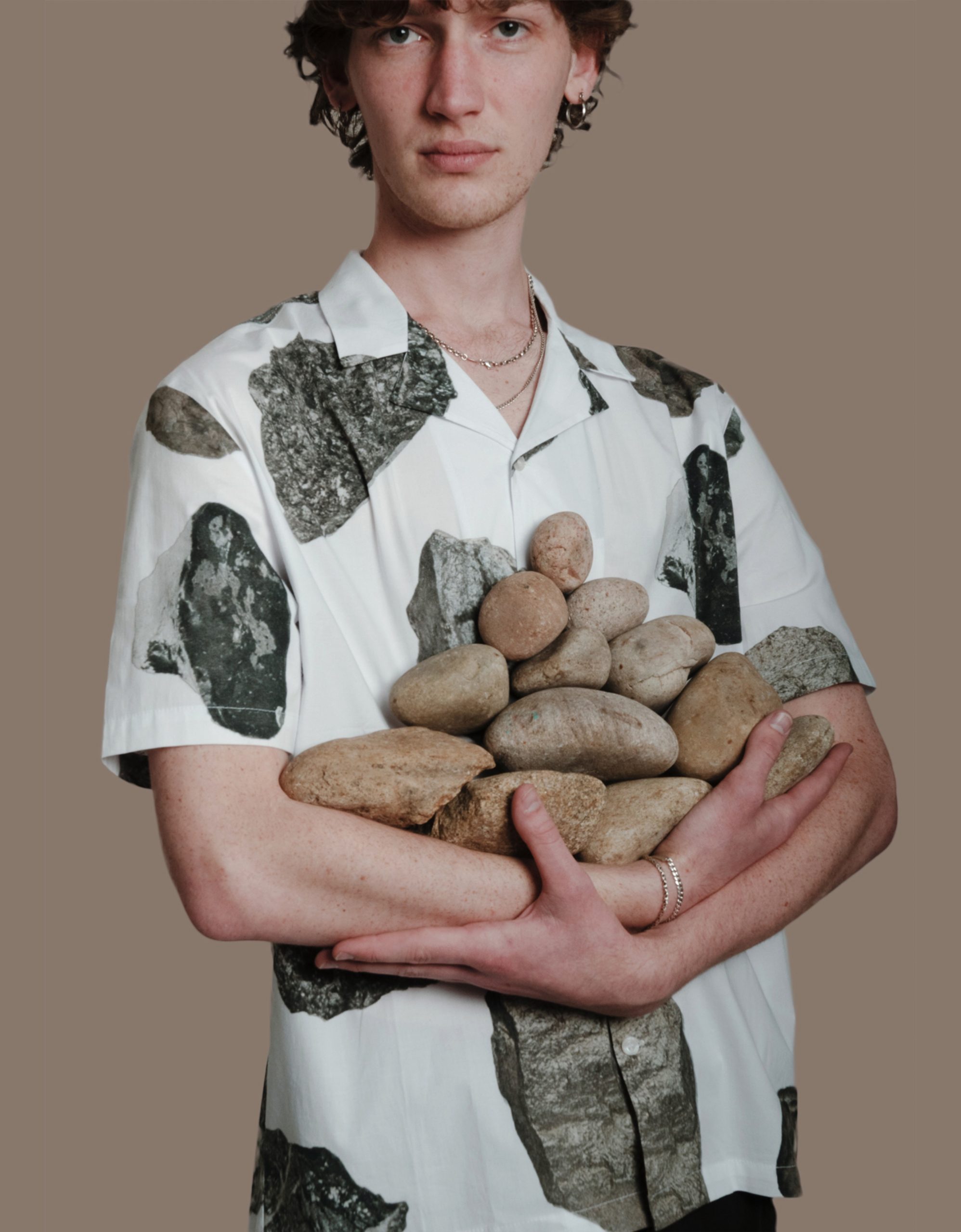 “The zine is dated 1989, and we printed it using the risograph printing method, echoing the DIY zine ethic that this community would have made,” says Kirk. “So it feels like a living artefact, an old punk magazine you might find stuffed in a drawer somewhere. The zine was an exercise in pushing absurdity, taking inspiration from old Viz mags.”

While Clune Park toys with the idea of the post-truth era, Kirk insists they never set out to make an “sensational political statement”. That said, arriving at a place where they were able to question who gets to tell stories, and why, felt natural. “There are a few media sources that do control what is said in the broader media landscape, and plenty of parallels can be drawn between what we’re saying through Clune Park and what you can observe in the media at large.”

Fundamentally, though, Clune Park is a celebration of the strange and absurd. In a world of routine, cycles and digital saturation, SCRT are instead choosing to find magic in the unexplainable.

“The fanatics in the zine, they could be astrology fanatics now, wanting their fate prescribed for them. Yet they’re all us in a way, hoping we’ve found an answer that explains everything, and wanting others to believe what you believe – that’s just natural.” 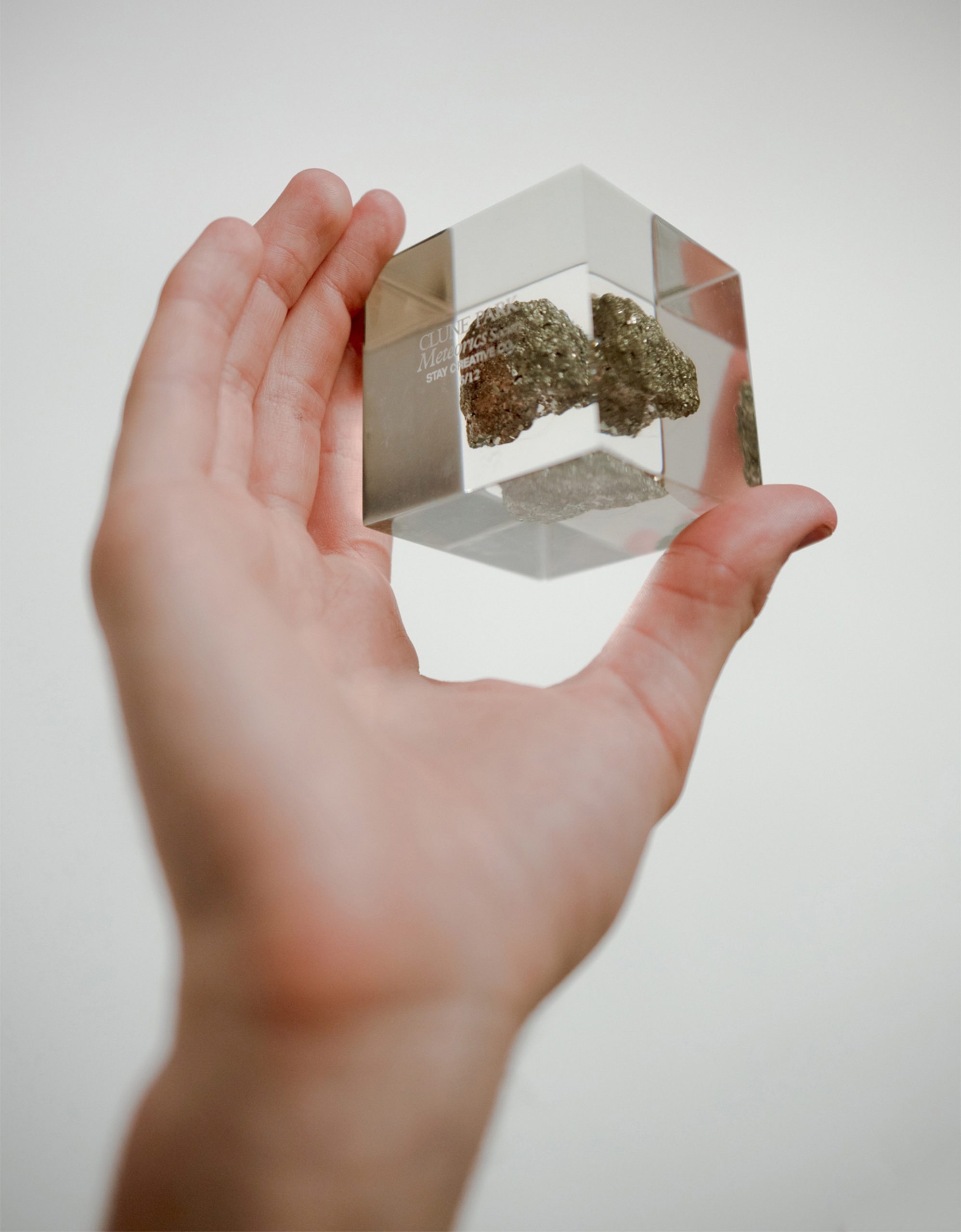 Join us as we celebrate Clune Park with a Huck x SCRT event in London on 27 May, 2022. You can also shop collection now.

Linkedin
RELATED ARTICLES
OTHER ARTICLES
A new report has found that the majority of Britains approach trans issues with compassion. It’s about time this was reflected by our media landscape.
Writers Gracie Mae Bradley and Luke de Noronha take on the callousness of borders, arguing for a world beyond them.
With inflation now at a 40-year-high of 9 per cent, demonstrations organised by TUC took place to demand action from the government.
Over the years, a swimming hole in a city park has evolved into a magnetic meeting place for Philadelphians – a hideaway where people can connect with the natural landscape, and each other.
The past five years have seen a staggering increase in foodbank usage across the UK. Now, staff fear things are set to get much worse.
Photographer David Hoffman recalls documenting the extreme wealth inequality around Tower Hamlets and Hackney int the 1980s.