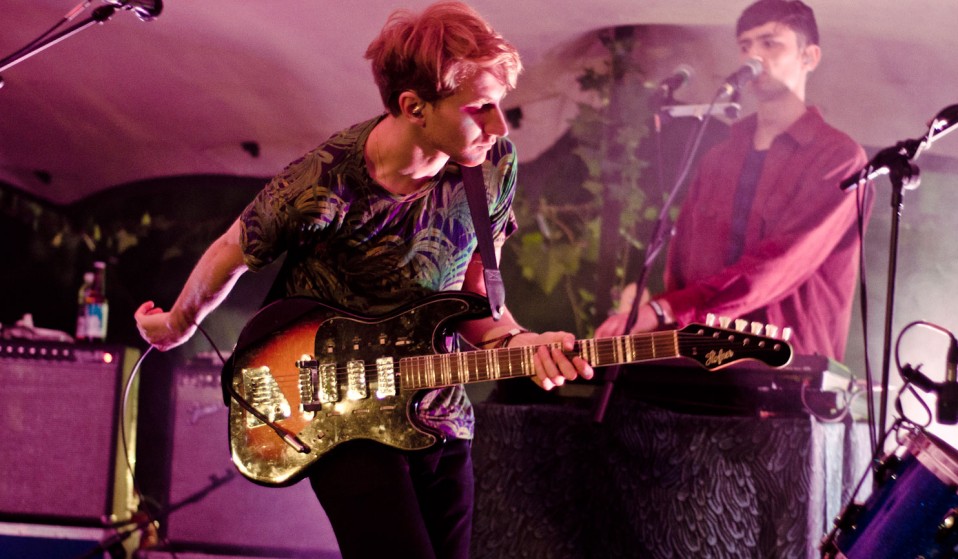 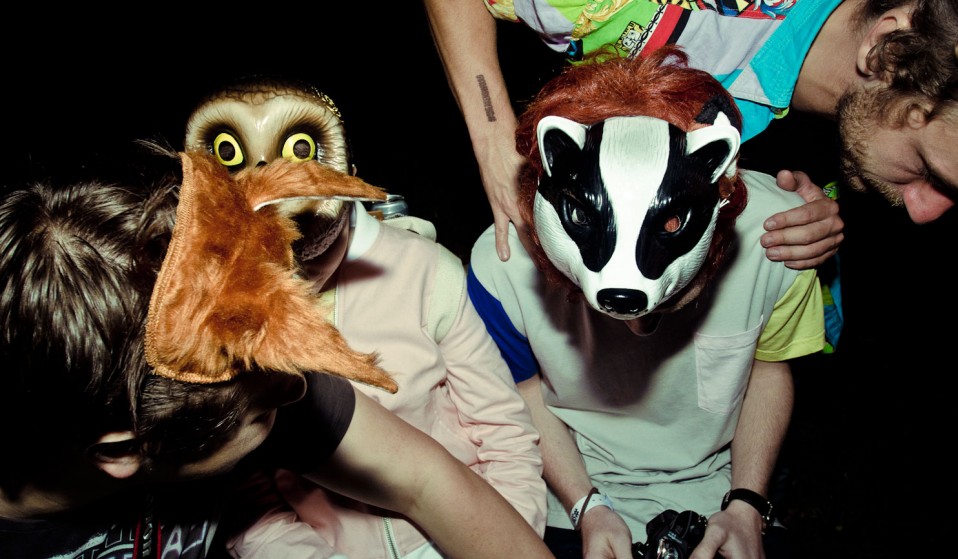 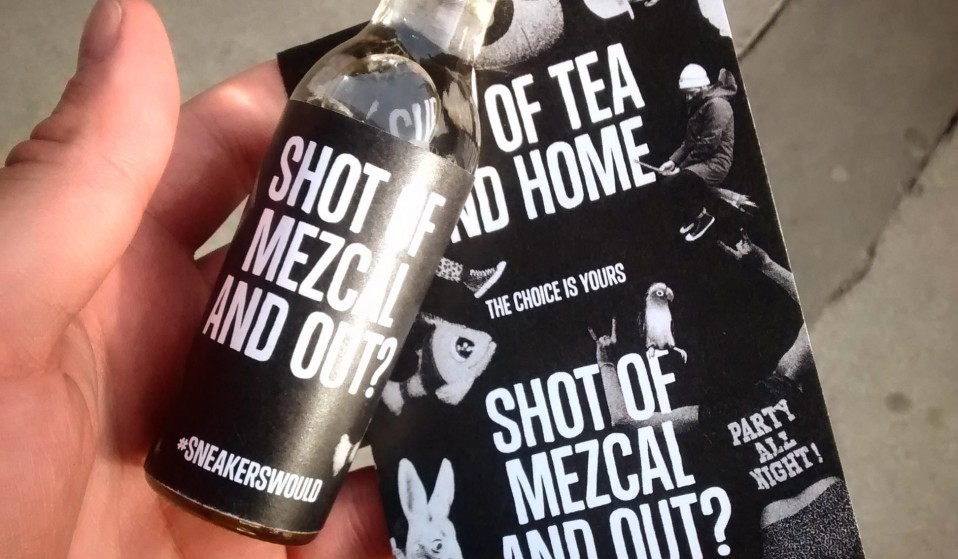 Cup of tea and home or shot of Mezcal and out? Converse's new campaign #sneakerswould is prompting us all to push the boat out.

Cup of tea and home or shot of Mezcal and out? Converse's new campaign #sneakerswould is prompting us all to push the boat out.

There are those who choose to live comfortably and those who choose to push the boundaries. For their new campaign #sneakerswould, Converse are challenging the general public to live up to the legacy of their legendary footwear and do something, well, kind of nuts.

The first part of the #sneakerswould journey starts at converse.co.uk with The Ticket – a custom-built internet app (basically a clever piece of software that interacts with your browser as you surf the web) that gives you access to a world of exclusive content (pics, videos, one-off gigs and events) that will challenge you to live life a little fuller. Would you climb the highest peak in your hometown? #sneakerswould. Would you shave your hair off with your mate? #sneakerswould.

Fresh from the ten-week ConsProject – a skatepark and gallery in Peckham’s Copeland Gallery that celebrated art, music and skate culture – the new #sneakerswould campaign launched on Thursday with a roving experiential event in the heart of London. From B-boys dancing in a spruced-up Shoreditch alleyway, to a gig in a Stoke Newington graveyard and a rave in a Bethnal Green hotel, the kings of canvas gave the East London elite a night to remember.

The invite: Cup of tea and home or shot of Mezcal and out? 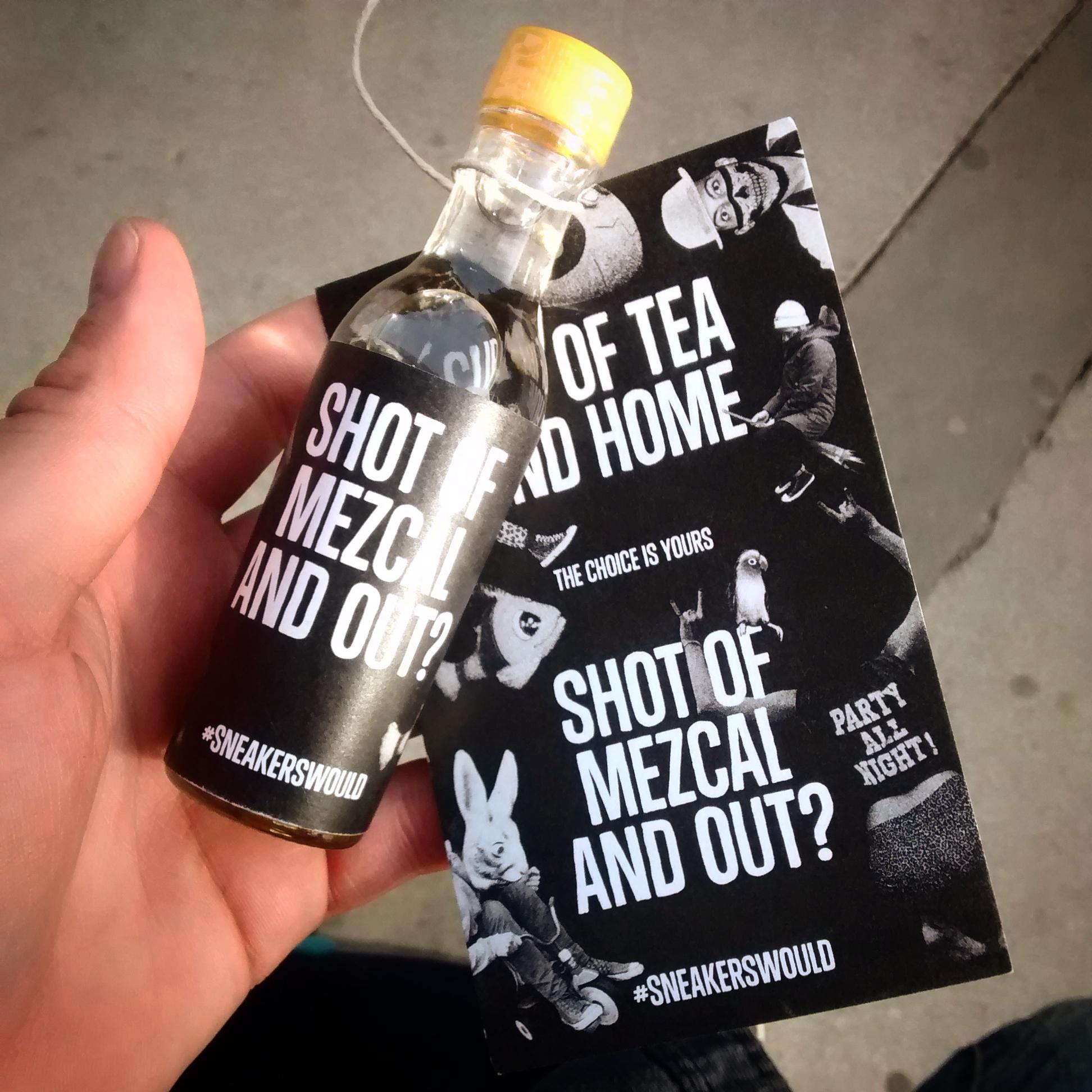 So how sneaker was I? Time to find out.

After a quick booze schmooze in the Horse and Groom, our All Star crew were led to a secret spot round the corner, where we were met with the unexpected sight of B Boys from the Methods of Movement crew displaying their breakdancing talents and footwork. If shoes could be dancers, sneakers would be B Boys. The spontaneous fluidity of the skilful, energetic crew was truly mesmerising, and I am incredibly thankful that despite my excitement and mild inebriation that I didn’t have a go myself at the time.

As the dancing drew to a close, we were shuffled onto a party bus to our next destination. We rocked up in a graveyard, promptly greeted by carnival-costumed dancers and Glass Animals strumming out their indie rock, including the best cover of a Kanye West song I’ve ever heard. This was my kind of night, and exactly the kind of opportunity The Ticket is out to provide. Diverse, exclusive and free.

So that’s it, the gauntlet has been thrown down. Now the question is, are you game?

If you want access to photographs, videos and access to nights like this, install The Ticket now by heading to converse.co.uk. You can also explore the month’s secretive festivities through the hashtag #sneakerswould online.

Linkedin
RELATED ARTICLES
OTHER ARTICLES
Photographer Matthew Brookes recalls following a group of young people in Venice Beach living in search of the perfect wave.
LGBTQ+ students are keeping the spirit of the original Pride alive by fighting for liberation for everyone, not just their community.
50 years since its inception, and the campaign calling for recognition that capitalism depends on domestic labour is as pertinent as ever.
Yesterday queer activist group Lesbians and Gays support the Migrants staged a die-in at the Pride in London parade to protest the inclusion of police in the march reports Huck politics editor Ben Smoke.
With inflation now at a 40-year-high of 9 per cent, demonstrations organised by TUC took place to demand action from the government.
Freddie Miller’s new series of photographs investigates who today’s trainspotters are and what drives their unfettered enthusiasm.