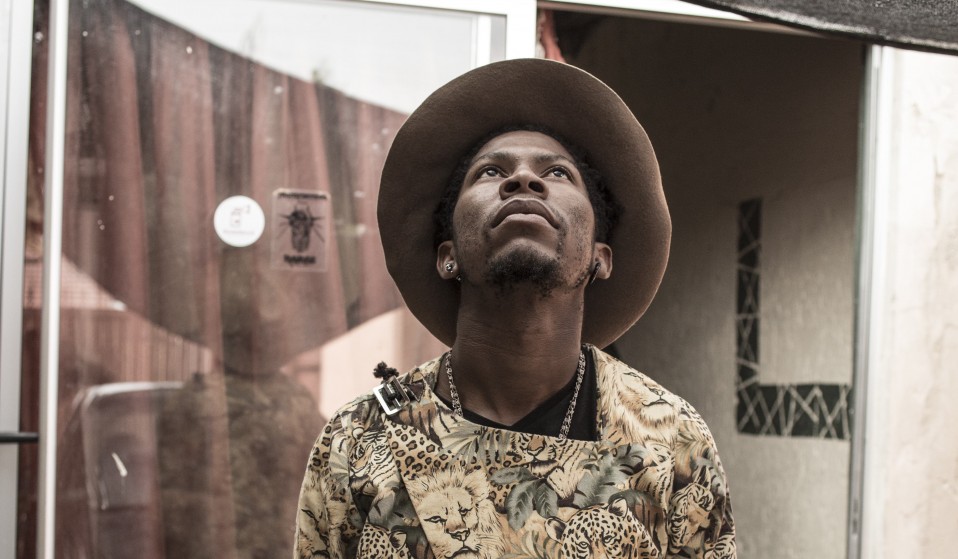 A creative revolution is taking root in Soweto, led by young South Africans like fashion crew The Smarteez who refuse to be beholden to the past.

A creative revolution is taking root in Soweto, led by young South Africans like fashion crew The Smarteez who refuse to be beholden to the past.

Tucked away in the back streets of Soweto lies a small, cluttered studio. The walls are plastered with tabloid posters pulled from walls around Johannesburg, with headlines like ‘Frozen Chicken Train Wreck’, ‘Graveyard Harvest Time’ and ‘Goat in Sex Scandal’.

Fabric with bright colours and bold patterns is stacked neatly in one corner and littered around the room. It’s home to Floyd Avenue, Kepi Mngomezulu, Sibu Sithole and Thabo Tsatsinyane, four menswear designers who, as fashion collective The Smarteez, have brought township street style to the catwalk.

South Africa is experiencing a creative revolution right now, and some of the freshest ideas and most inspiring people are coming out of former townships like Soweto. The Smarteez are the best-dressed stars in this exciting new wave of art, music, photography and fashion. They create technicolor couture for the first post-Apartheid ‘Rainbow Generation’, and are determined to take full advantage of their freedom in the new South Africa by defiantly refusing any constraints on their self-expression.

“We were these young black boys with a lot of energy, going against prejudice and negativity,” Floyd explains. “We were defying stigmas, just trying to make something out of ourselves.”

After hanging out as friends, they first officially hooked up to win a French Institute best-dressed crew competition in 2008 where the organiser christened them The Smarteez. “Chocolate on the inside, smooth and brightly coloured on the outside,” says Floyd, playfully. 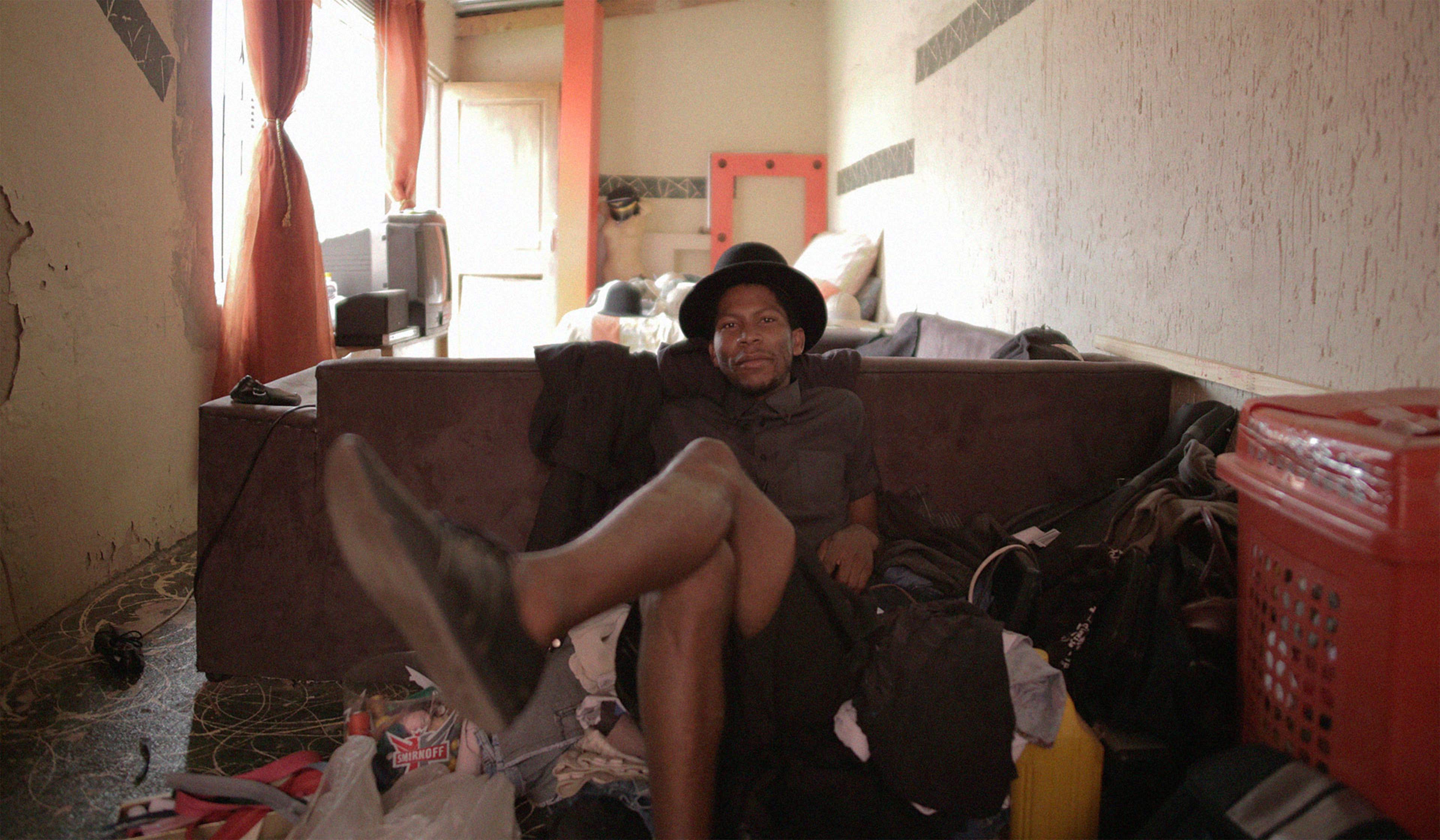 They’re now household names but when they first swaggered on the scene, they created a storm: Who were these immaculately dressed, larger-than-life straight guys sporting skirts and colonialist steez?

Just a generation ago, their story would have been impossible. Under Apartheid, Soweto was an impoverished ‘blacks only’ township. In June 1976, students protested against a government decision to teach only Afrikaans in schools (today South Africa boasts eleven official languages) and security forces rolled in with dogs, armoured cars and bullets.

What became known as the Soweto Uprising led to the deaths of 176 people (some estimates are much higher). International outcry resulted in economic and cultural sanctions, which in many ways marked the beginning of the end of Apartheid, but resistance – and repression – continued well into the ’90s. 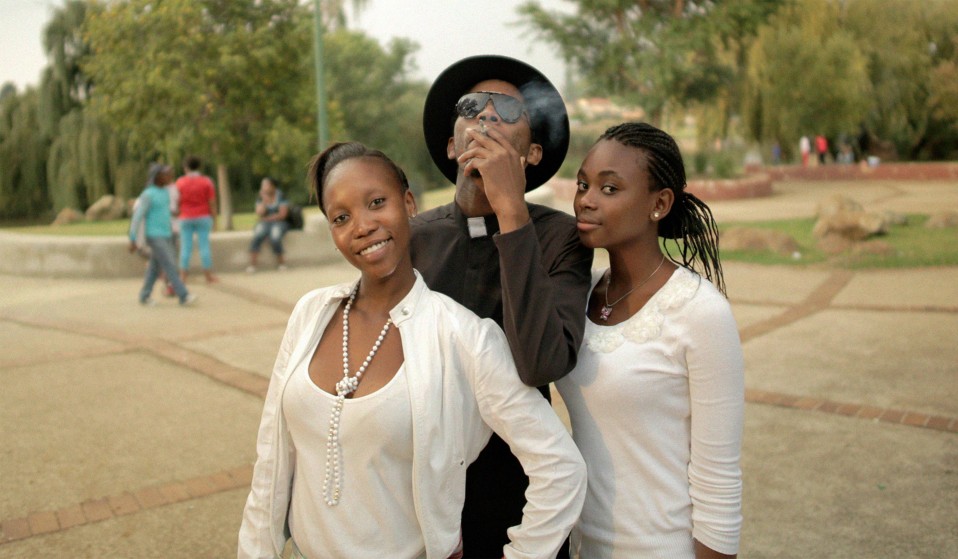 Floyd was eight when Nelson Mandela became president in the first free elections in 1994. For his parents, Soweto is the spiritual home of the black freedom struggle but after two decades of democracy the area is reinventing itself as a creative powerhouse. For some of the older generation – who vividly remember the brutality of Apartheid – the flamboyant fashion experiments of The Smarteez can be hard to swallow. Floyd’s vintage-inspired pieces reference the past to comment on social issues and he remembers the bitter outcry when he repurposed the colonialist’s safari pith helmet.

“We come from this conservative community of black people and we are doing things that are out of the norm – the way we dress, the way we think, the way we present ourselves,” Floyd explains. “We got sworn at a lot in the beginning. Being called a moffie [slang for effeminate man]. ‘What the fuck are you wearing? What’s your fucking problem? You guys are an embarrassment to black people! Your ancestors must be rolling in their graves!’”

The Smarteez have taken an uncompromising stance. As Sibu told Dazed and Confused in 2010: “I was born into the free world. And some people accuse me of taking my freedom for granted. But to that I say fuck you! It’s my freedom to take for granted.”

Floyd acknowledges past sacrifices but argues it’s important to push forward. His generation is in a different place. “We don’t really have that hate or divide between us, you know?” he explains, pointing out the multi-racial staff and customers surrounding him in the smart Braamfontein coffee shop.

“Our parents are very submissive people. They were made to feel inferior and they wanted to pass that down to our generation: this is how you do things, this is how you don’t. We’re breaking through those barriers. We are all equal. We need to take pride in who we are and where we are, and that needs to start with supporting each other.” 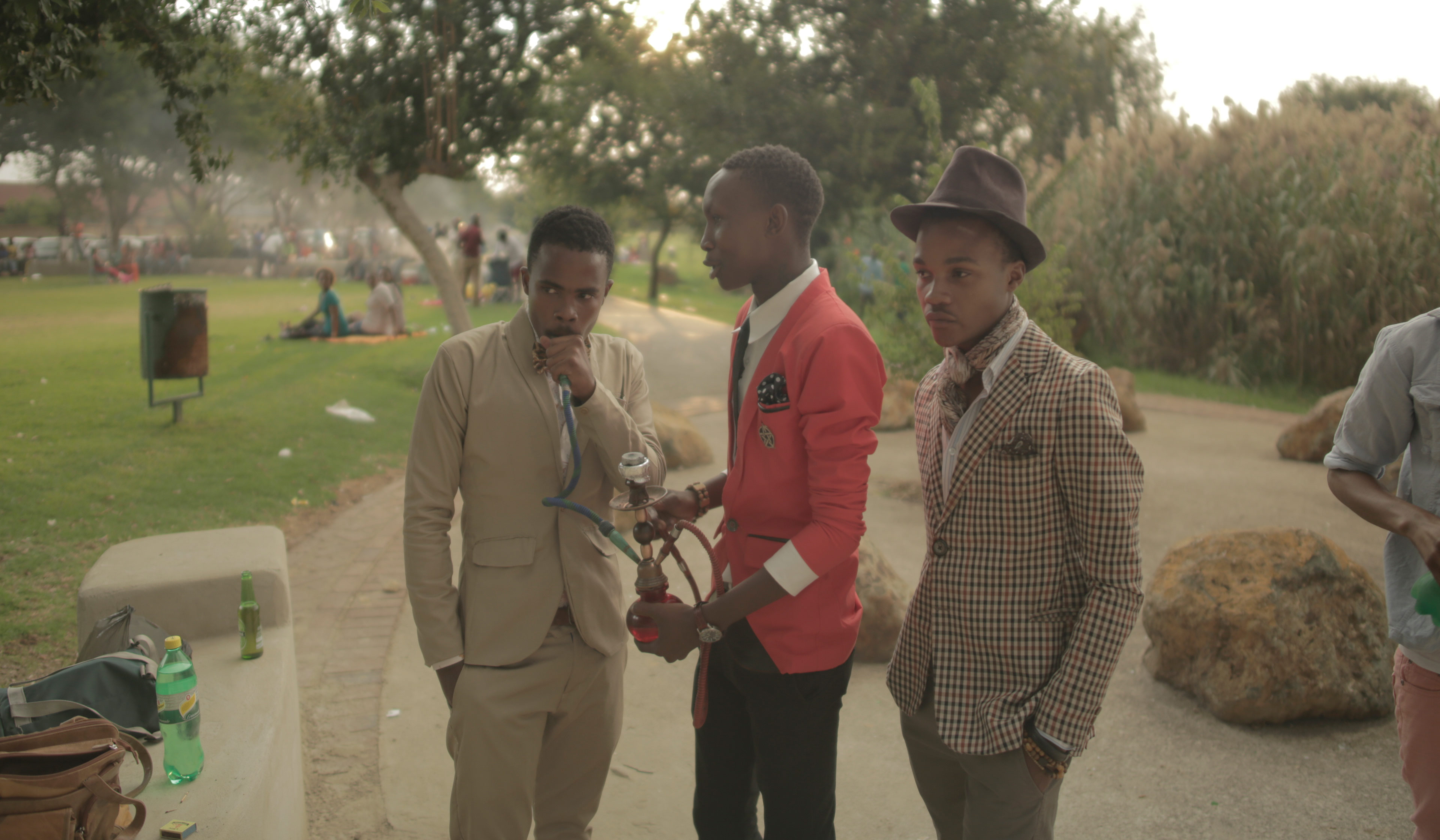 Through regular TV appearances, a starring role in the remarkable SA art and music documentary Shield and Spear, and a growing stream of commissions, collaborations and international hype, the crew are fast becoming a symbol of Soweto’s creative rise. “We’ve inspired the next generation to push forward and just open the envelope,” Floyd explains.

When British designer Ozwald Boateng, who’s dressed stars like Jamie Foxx and Laurence Fishburne, rolled through Jozi, he called them up for a shoot.

Today Soweto is buzzing. “People have gotten comfortable in their own skin, they’re not afraid anymore,” Floyd explains. “That’s the change I’ve seen most. Kids in Soweto are dreaming big.” But this revolution is only just getting started. “A lot of creatives are coming out of the townships now and they’re just turning it up,” he explains.

Floyd is angry that high levels of poverty, unemployment, inequality and poor living conditions mean that too many black South Africans still face an uphill battle to pursue their dreams, but he’s optimistic about the shape of things to come. “A lot of beautiful stuff is happening, a lot of cross-pollination and a lot of progress,” he explains.

“Sometimes I wish I could just step into the future to see what South Africa has become when I’m sixty or seventy. In thirty or forty years I want to come back and live my life again.”

Linkedin
RELATED ARTICLES
OTHER ARTICLES
We catch up with the singer in her London studio to connect the dots between music, painting and her relationship with the city.
After being subject to racism growing up, Kavi Pujara’s photo series allowed him to reconnect with and reimagine his hometown.
After a devastating fire, creatives in the city are coming together to call for more affordable workspaces.
The campaigning charity are on a mission to increase inclusion, participation and representation of Black people in trail running.
Whether it was seacoalers in Northumberland or the miners’ strike, the photographer was always fully immersed in the story he sought to capture.
SOAS Detainee Support detail the appalling conditions they witnessed at the dangerously overcrowded immigration centre in Kent.