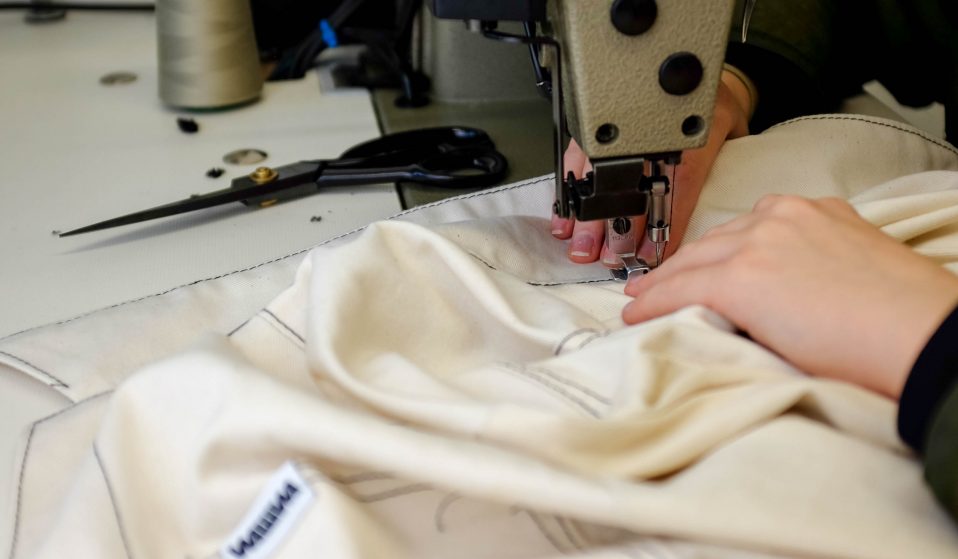 The Manchester-based clothing company are industry outsiders and proud. We caught up with their co-founder to learn more about the mission.

The Manchester-based clothing company are industry outsiders and proud. We caught up with their co-founder to learn more about the mission.

WAWWA are a Manchester-based clothing brand for whom sustainability is at the heart of everything.

The label makes organic, fairtrade, vegan, planet-friendly clothing, all while striving to make a positive social impact. The 1+1 collection is an example of this mantra in practice: for every piece of clothing purchased from the line, they donate another to someone less fortunate.

Sean, who co-founded WAWWA with his brother Andrew, lovingly refers to them as industry outsiders.

“My brother is a graphic designer,” he says. “We both finished university at the same time and were looking for something interesting to do.”

“For some bizarre reason, we thought it would be easy to set up a clothing company – the idea being he’d do the graphic designs – we thought, ‘How hard can it be?’”

WAWWA recently started taking production in-house, in their  new Manchester-based factory, which will serve as the lifeblood of all future endeavours.

As they look ahead to the future, Huck caught up with Sean to learn more about the brand’s mission. 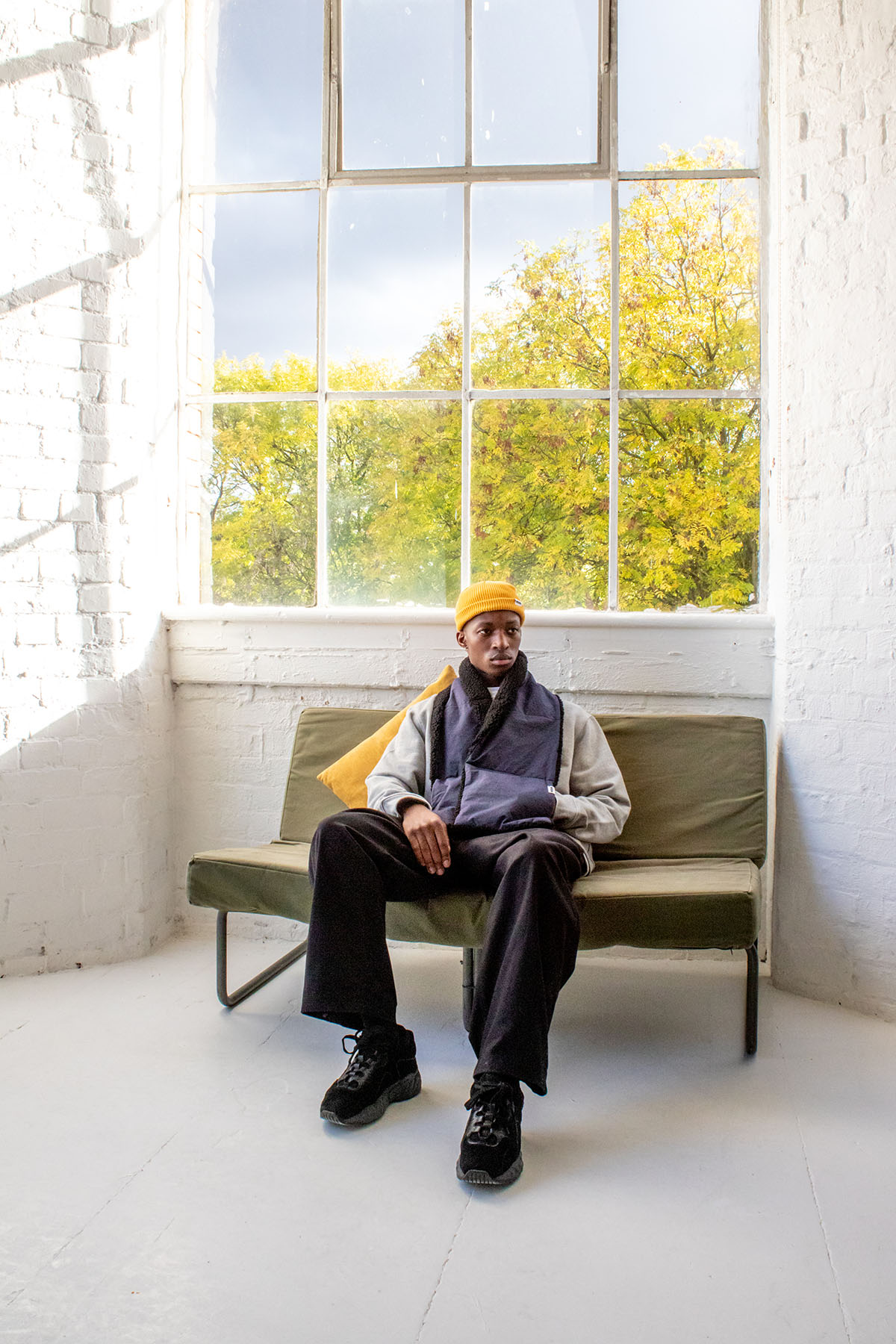 Would you say that your outsider status in the fashion world has helped you in some ways?

In some ways, yes, because we didn’t work within the framework that people tended to work in. Fashion works in a very A, B, C, straightforward kind of way. You make orders, you make your clothes, you sell your clothes, you go onto the next season. We’ve always tried to find – or stumbled upon – innovative ways of doing things, because we were confronted with challenges that we didn’t already have the answers for. We had to try and find the answers for them without any of the existing framework in place.

For example, a large part of building a clothing company, at the start anyway, is finding the right suppliers. Because each bit of clothing can have three or four different suppliers – you’ll have the labels, you’ll have the zip, you’ll have the buttons, the yarn… all these have to come together in a way that functions. We’ve used things that are slightly outside the box: we used a recycled wetsuit to make toggles for jackets, stuff like that. There was no way of doing that beforehand, so we had to find a way to do it – which meant using water jets!

Is it the same when it comes to packaging?

Yeah. When we were first looking at trying to find more sustainable packaging, there were no compostable alternatives. Now there are millions everywhere you look, but at that point we had to go to a company in Israel to find plastic alternatives that were compostable. There was basically no one else in the country doing it at that time, and I don’t think we’d have thought to do that if we already had established supply chains and set ways of doing things.

Can you tell me about the 1+1 collection?

We thought it up through a lack of understanding of margins, basically! We were making hats and we realised that there was more margin in hats than there was in clothing. We were like, ‘We don’t need that much.’ So we figured we could double our cost and just donate another one to someone less fortunate. It was a straightforward way of looking at it, and it obviously has some positive social echo.

A big stumbling block for us is that we’re not really interested in money that much. Doing things to make more money is not really part of our operating procedure. Finding these little quirks – that essentially cut into your profit margin but enable you to do something good – are a big positive for us. With the 1+1 collection, rather than thinking, ‘We’ve sold X amount of hats,’ it’s, ‘We’ve managed to donate X amount of hats and socks.’

You recently started doing some production in-house at a new Manchester factory. What does that give you?

There have been numerous occasions where we’ve had an idea and just been like, ‘Right, let’s do that.’ Depending on what the product is, you can have it all set up, put it out there for feelers, and if it works just start making it. There’s no lead times, there’s no shipping, there’s no customs, there’s no carbon being spewed out everywhere as it’s shipped back and forth between factories. We can tweak and refine as we go to ensure quality, detail and fit are spot on.  It makes for a much more fulfilling design to production cycle.

Everything is hands-on, everyone gets excited about what you’re doing, the response to ideas or trends – whatever it is – is pretty much instantaneous. It’s quite an exciting thing to do. It is kind of crazy stressful, because we’re doing it out of a teeny, tiny 40-foot shipping container. We’ve had to figure out optimal ways to fit a full production line somewhere that’s going to be smaller than most people’s living rooms! 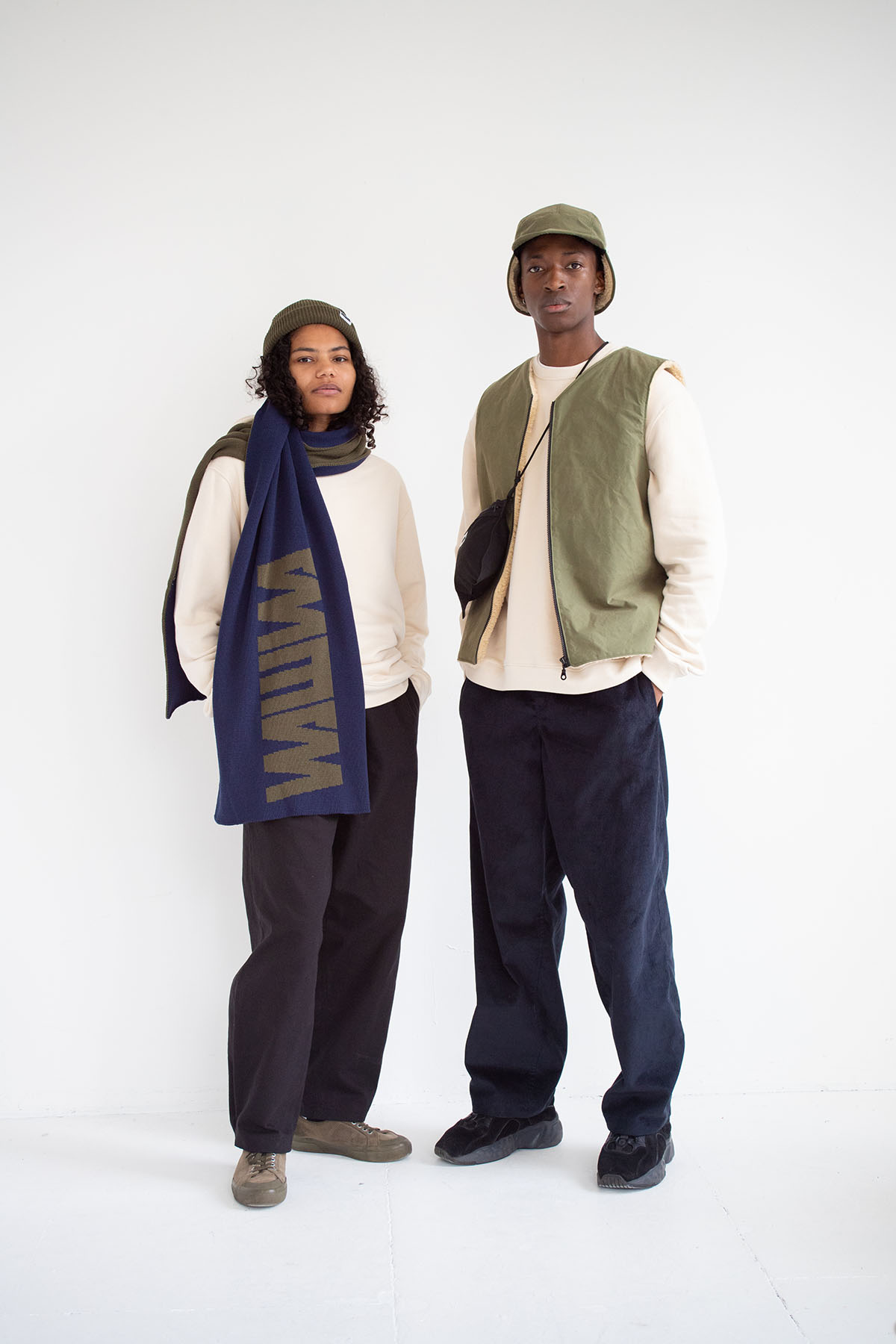 How do you strike a balance between profit and purpose?

Everything we do is based around purpose. Like I said, we’re so uninterested in money, it’s almost a bit silly. The things we get joy out of are creating things, employing people, trying to create a positive social change – whether that‘s through the 1+1 collection, or through attempting to raise awareness around things.

It’s a bit different now because pretty much everyone is talking about sustainability. When we started, no one gave a shit basically. I remember trying to sell a t-shirt and I said, ‘This is made from organic cotton so it’s better for the environment.’ And the person said, ‘Organic cotton? I don’t give a fuck, I’m not going to eat it.’ I think the next challenge for companies like us who are trying to do things in the right way is to find a way to cut through the greenwashing that goes on. Every clothing company has some form of conscious collection, or green edit, or whatever it is. Most of the time, I look at it and it’s just nonsense – they’ve just picked one sustainable element and decided that’s enough to make it sustainable.

Linkedin
RELATED ARTICLES
OTHER ARTICLES
A new podcast is opening up the conversation between trans women and trans amorous men in the hope of building coalitions.
After building his reputation covering the US civil rights movement in the 1960s, the photographer went on to produce some of the most enduring images of the past century.
Since 2007, Gideon Mendel has made 20 trips to document floods in 13 countries. The result is an alarming record of what has already been lost to the climate emergency.
A new film from Berghaus traces the story of Adam Raja, who left behind a turbulent upbringing to discover the healing power of climbing.
AI companies that develop image-generators using copyrighted artwork from the internet are coming under fire from artists who say that it amounts to theft.
Following the release of his debut single, Deyaz talks battling addiction, dealing with his struggles through music, and building a budding music career from his living room.