Art & Culture / Surreal photos of solitude in the American desert 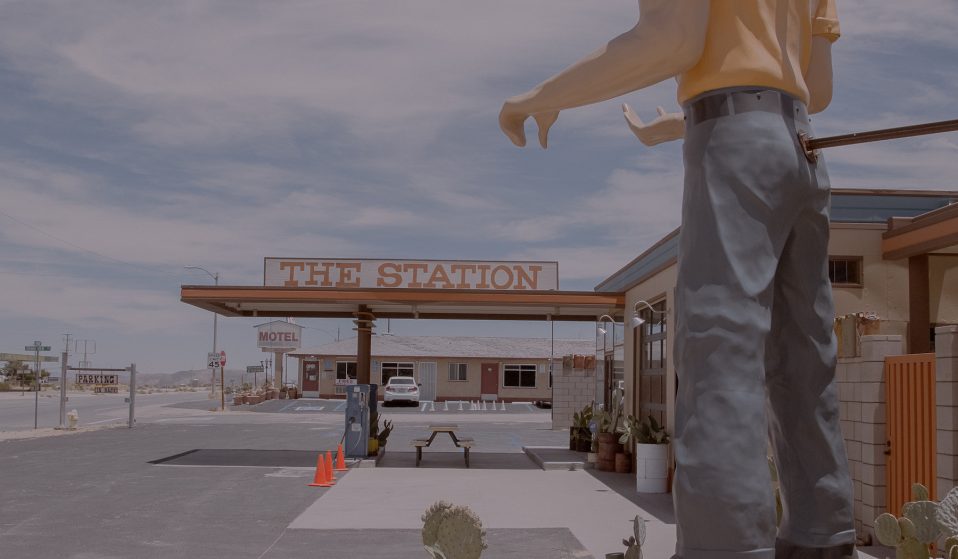 “It’s simplicity that you do not experience anywhere else,” says Greek photographer, Fei Alexeli, about her time spent travelling around the American desert. “You’re not defined by your surroundings; there’s no scripted society that you fit into. When you’re in the desert, it feels like you can be anyone”.

After voraciously consuming American media from a young age – from Hollywood movies about road trips, to ‘Americana’ music and Jack Kerouac’s On The Road – Alexeli finally made the trip to California in 2019, and again in 2020. “It was like stepping onto a new planet,” says Alexeli of travelling from Greece to the US desert. “In Greece, we have these mountains and greenery, and it’s very lively.” The dessert, by comparison, was stunningly sparse and isolated. 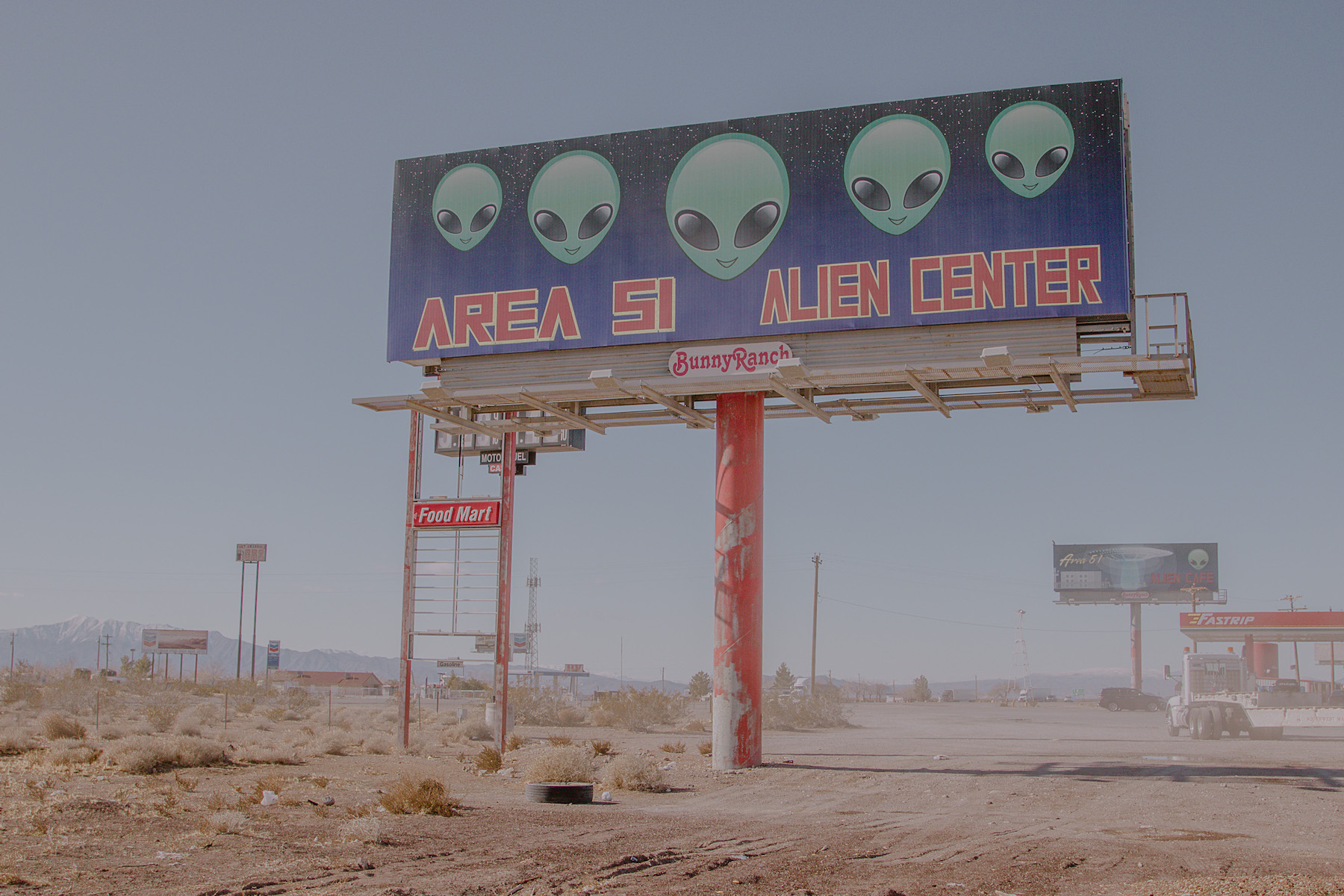 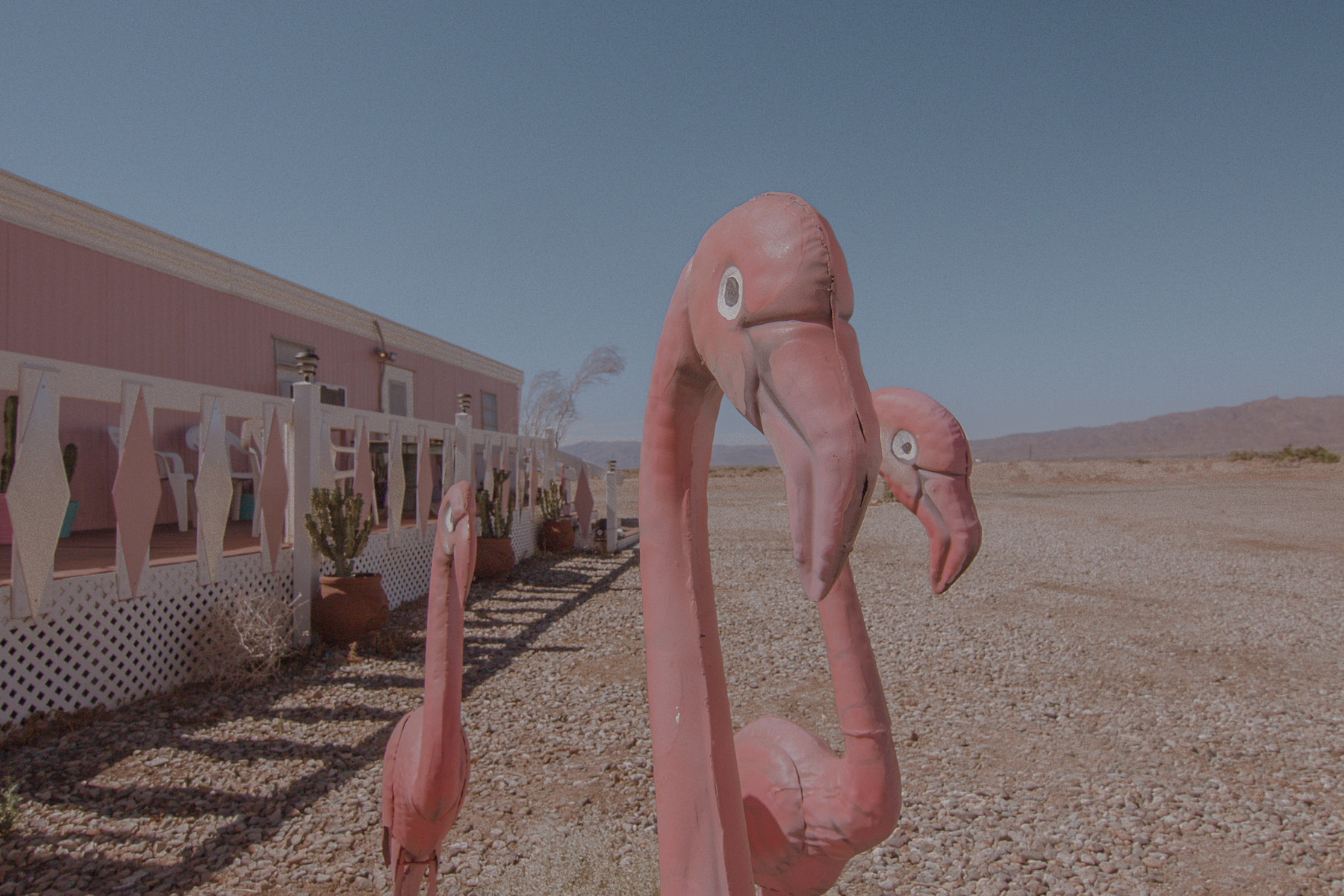 On both trips, Alexelli drove through the American desert with her camera in tow, shooting photos that now form part of a series entitled ShowTown. “My first time (in the US), I was on my own, so the vastness of the dessert was very overwhelming,” she recalls.

“I guess I was looking for some kind of freedom in the desert, but there are also so, so many layers of culture to discover.” Being there at the time of Donald Trump’s presidency was, Alexeli says, “super intense”: she’d often see the former president’s face emblazoned across trailers and flags. 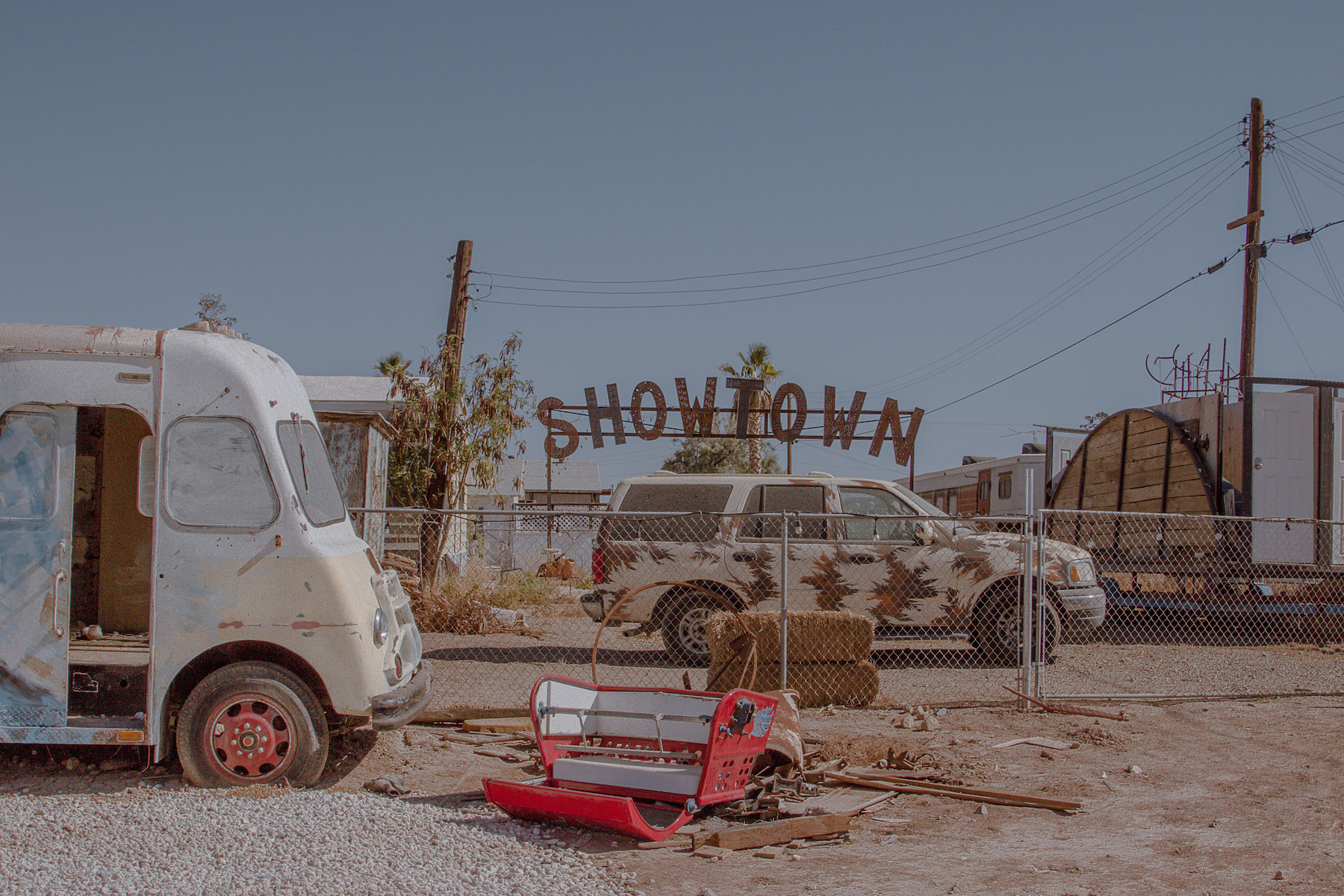 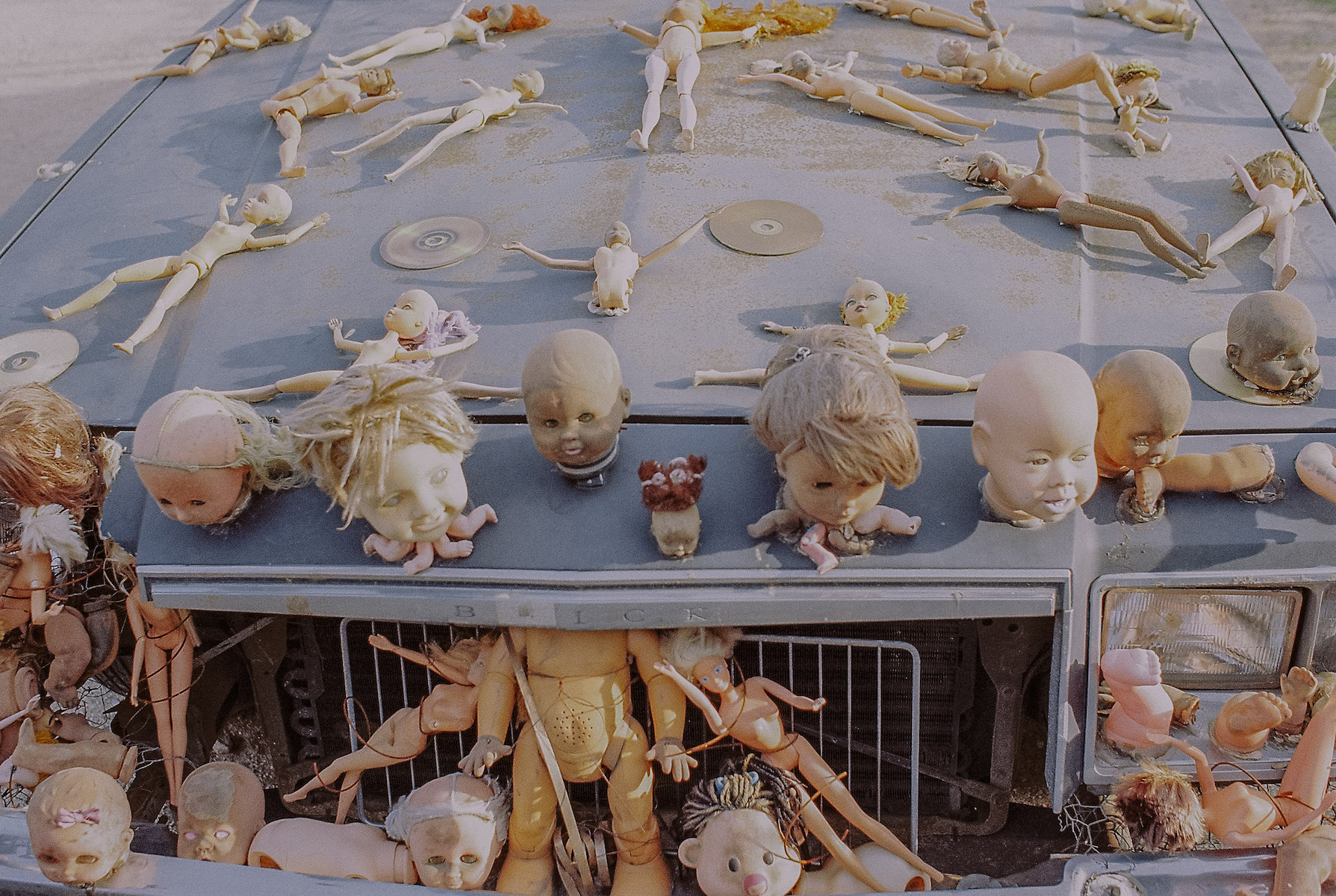 What’s striking about Alexeli’s pictures is just how empty the landscape seems, a setting that imbues her images with an eerie quality. Often, the structures she photographed were abandoned and left empty – particularly in the country’s ‘ghost towns’ – with citizens and tourists nowhere to be seen. “There were often moments where I felt completely alone,” she says.

There are thousands of these ‘ghost towns’ across America, where once-thriving communities have dwindled over the decades, some due to economic hardships, while others were immediately evacuated. These derelict buildings in Alexeli’s photographs – which sit at the mercy of time and nature – offer an intriguing glimpse at the past.

Alexeli says the series is very much ongoing, and she plans to travel back to America when the pandemic ends. But next time, she wants people to feature in her photographs. “People who go to live in the desert is something that I find super fascinating – like, I want to know why,” she says. But for Alexeli, the appeal of going as a visitor is clear: “Being there, you just feel the essence of freedom.” 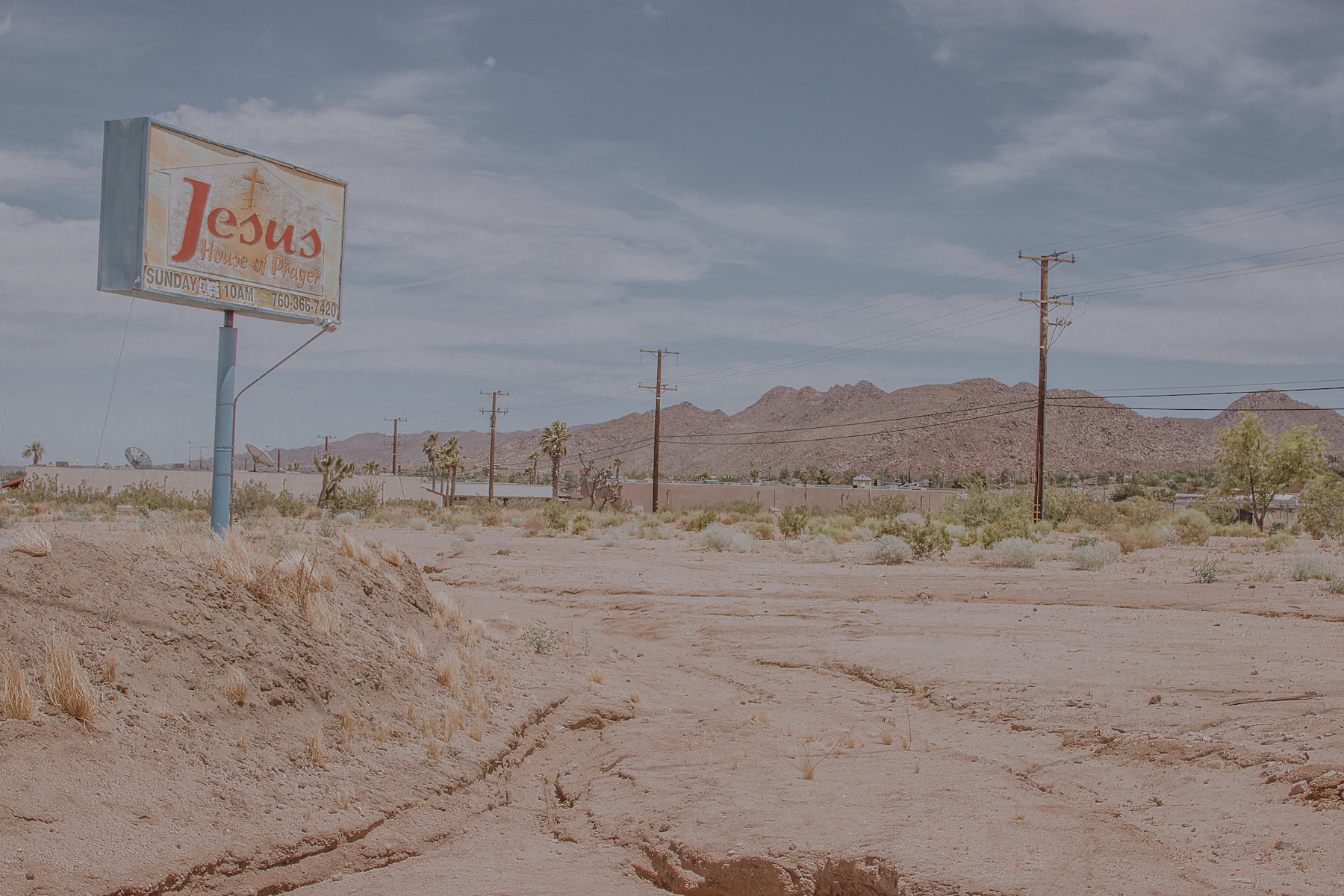 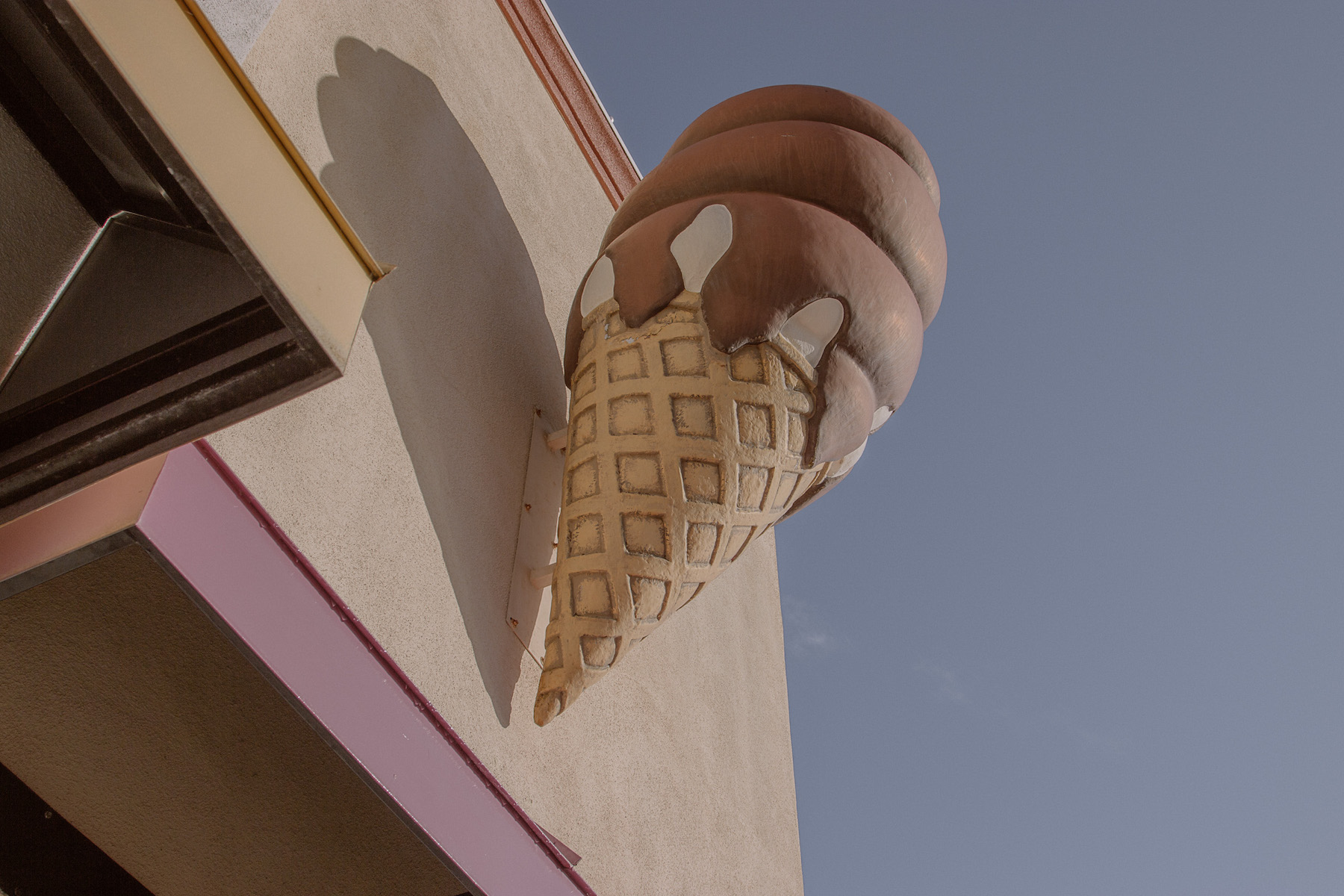 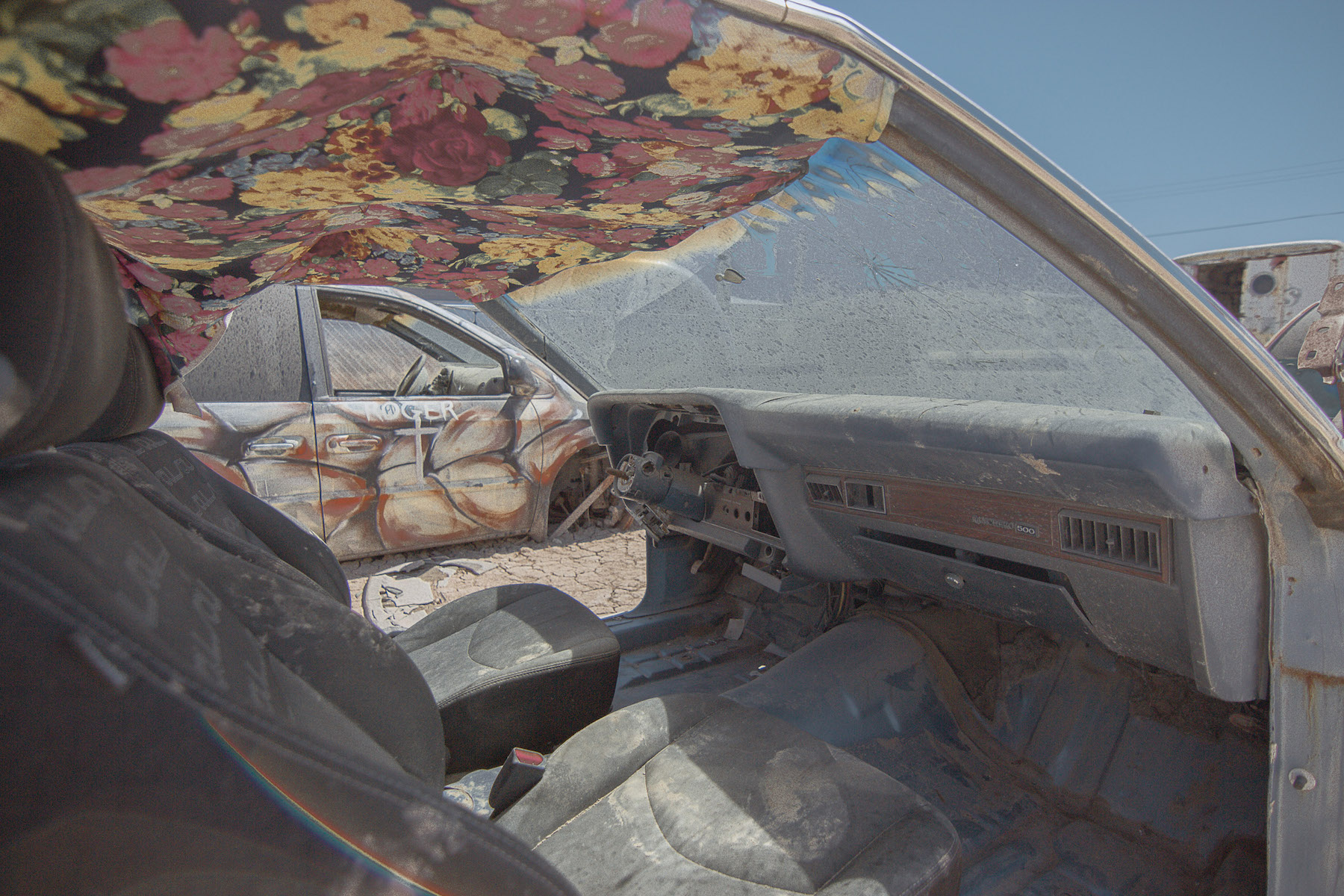 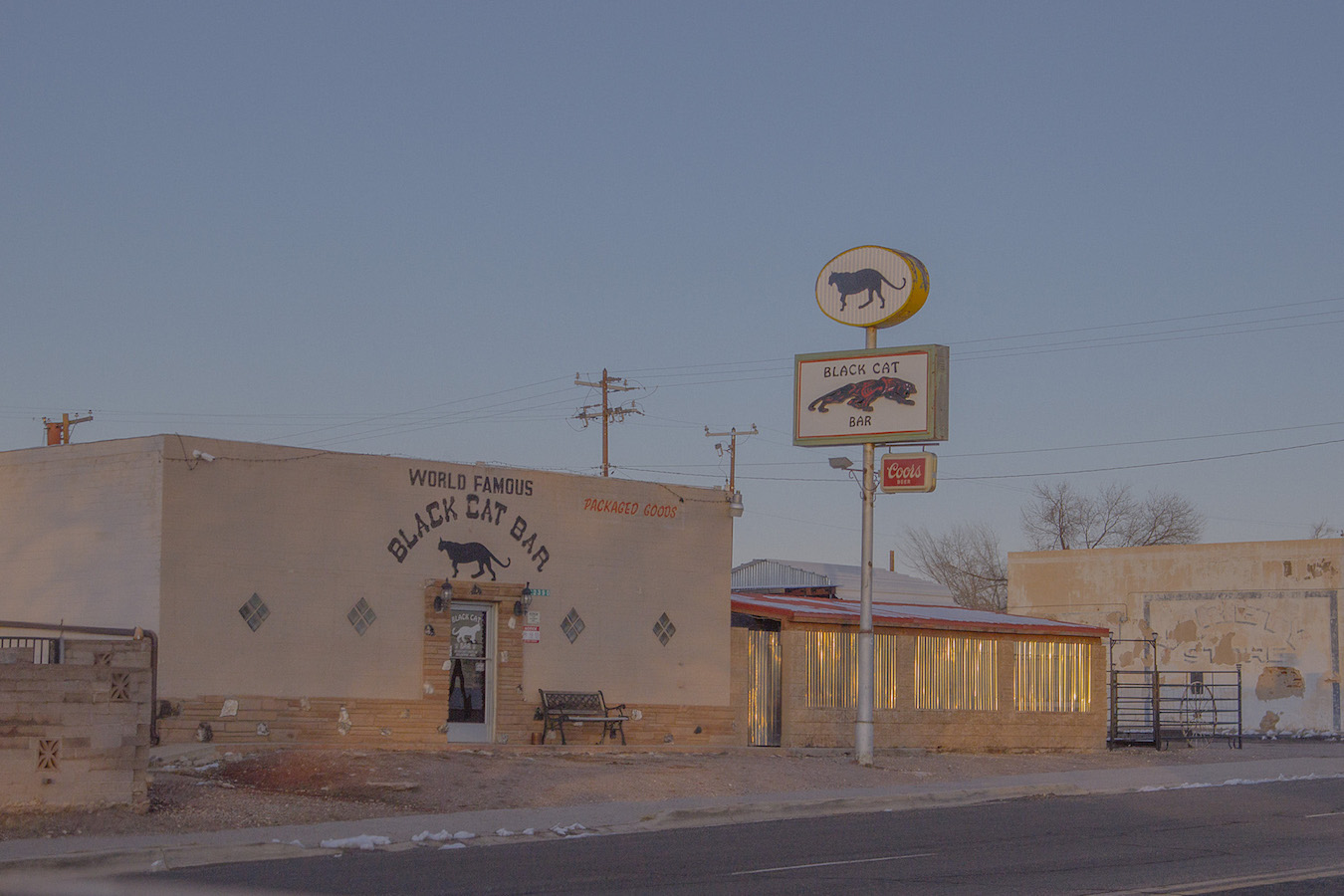 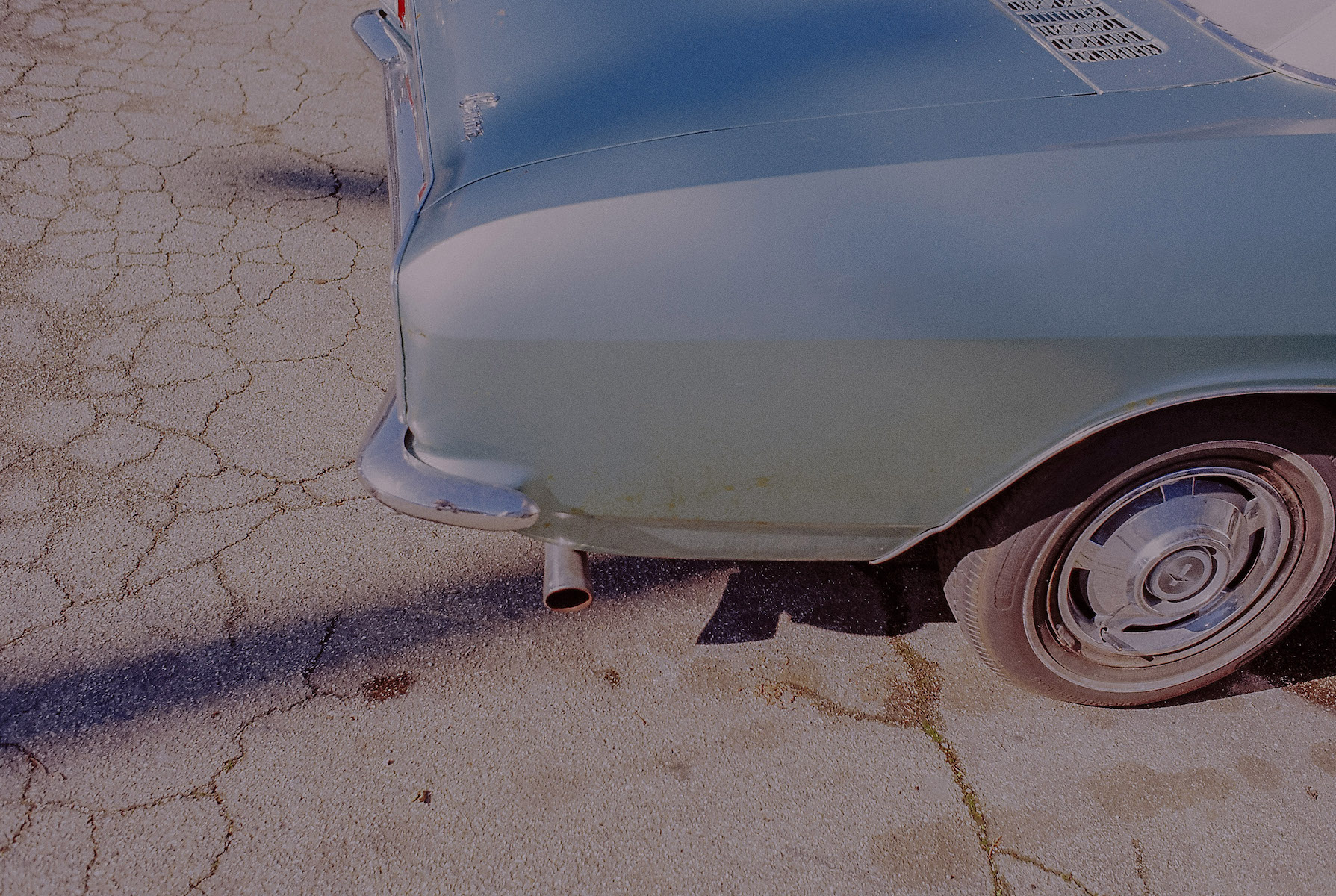 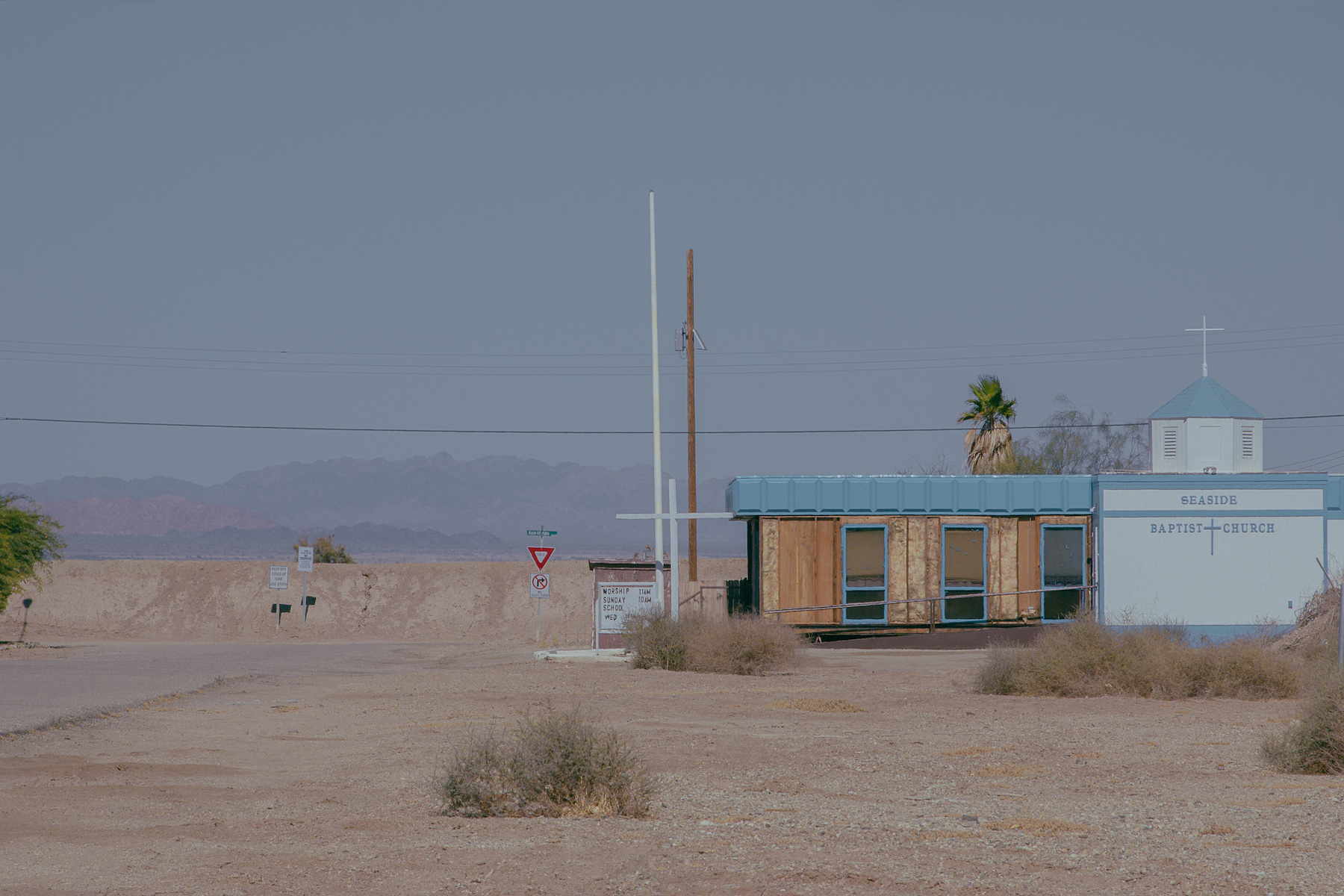 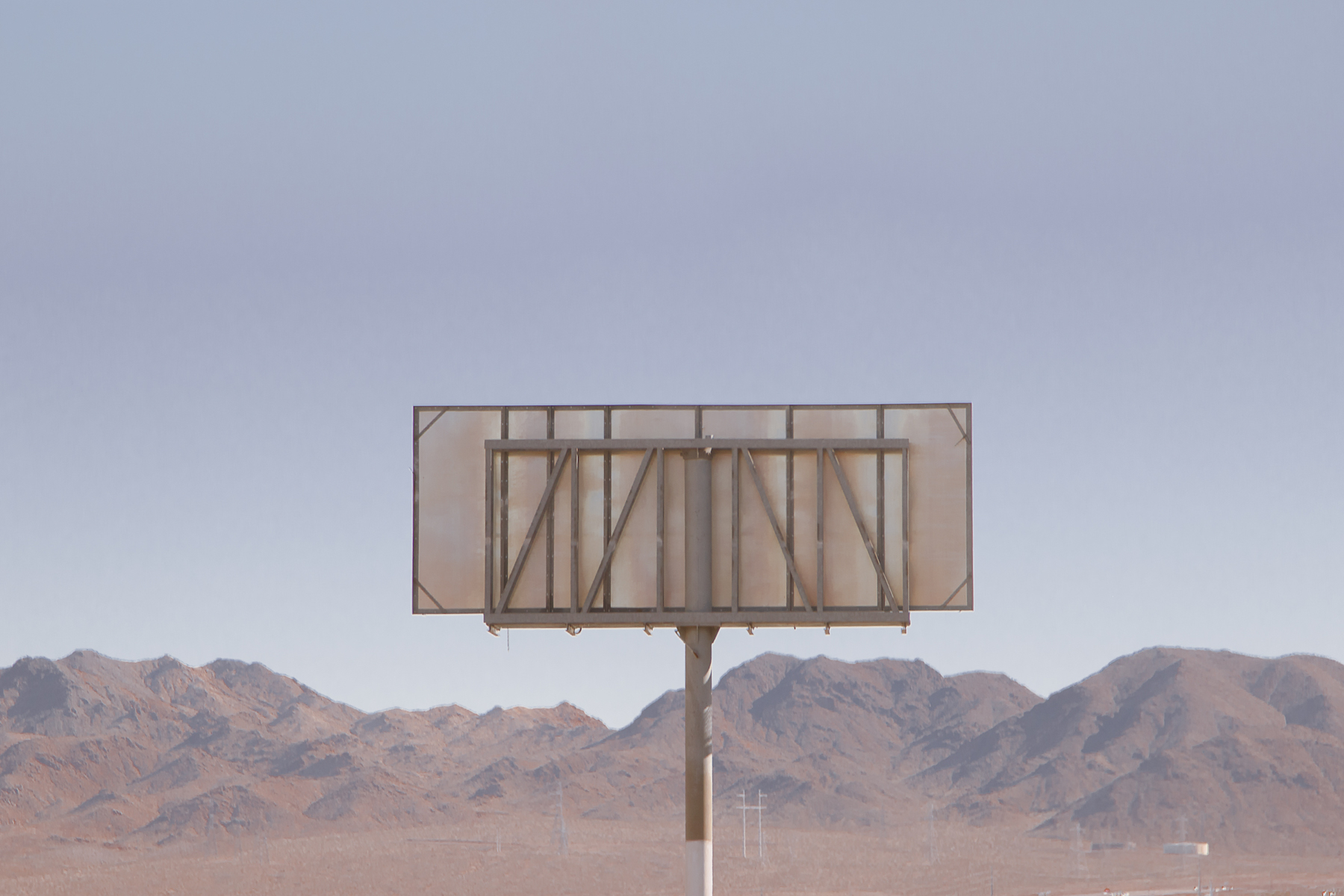 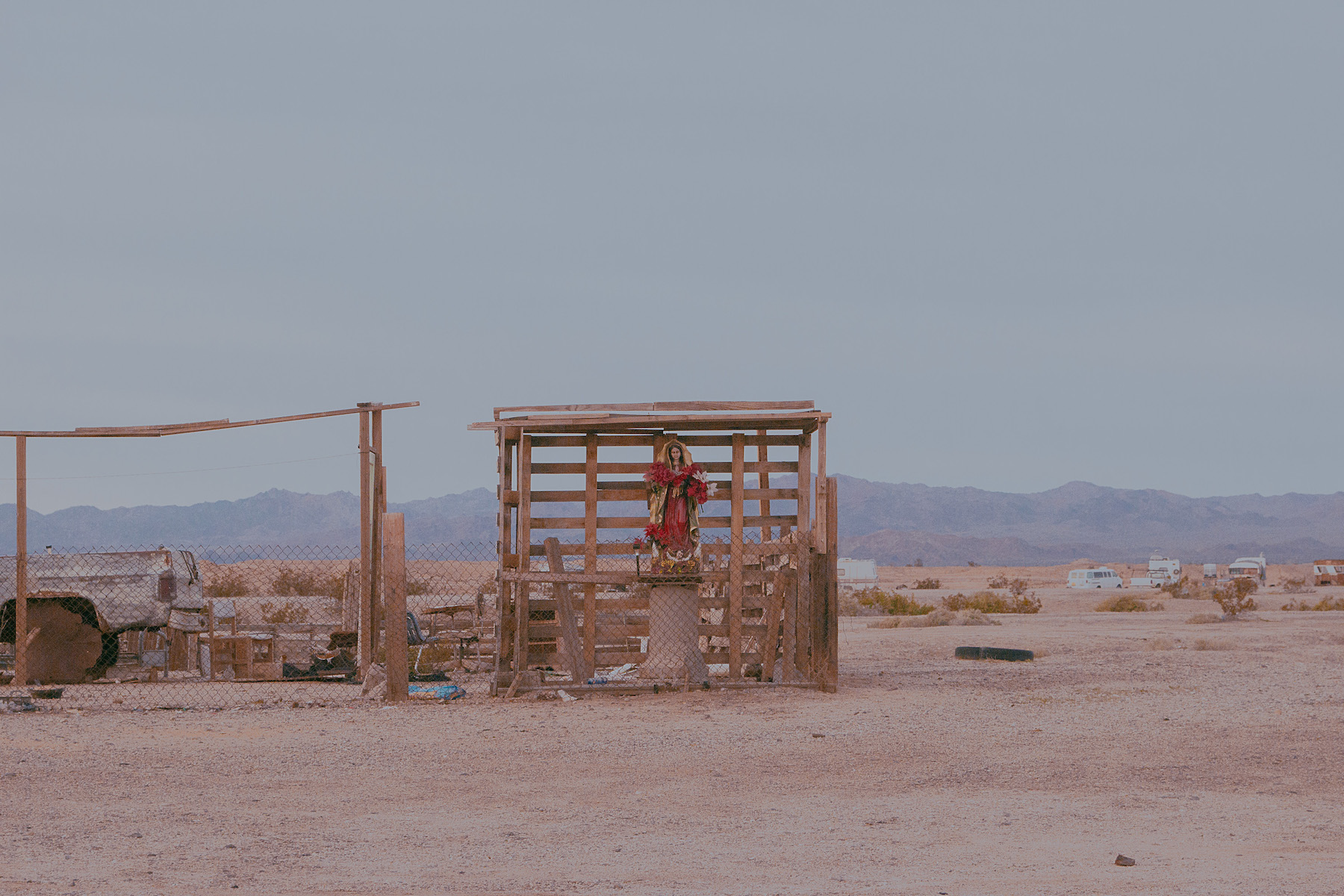 Linkedin
RELATED ARTICLES
OTHER ARTICLES
While protests over abortion rights rage in the US, access to abortion services is still almost nonexistent in parts of the UK.
Photographer Robin Graubard’s debut book offers an unflinching record of turbulence and change across the Balkans.
In the latest OFFF Dispatch, the enigmatic designer dives into his process, connecting the dots between his unique and varied creative output.
In the last of our dispatches from OFFF Barcelona, Rufus Deuchler and Vincent Gault discuss the future of creative process.
For decades, Wilmslow Road has been a bustling area full of curry houses. But how did it come to be what it is today?
The failure to hold landlords to account is denying tenants their basic dignity, writes Bella Saltiel.