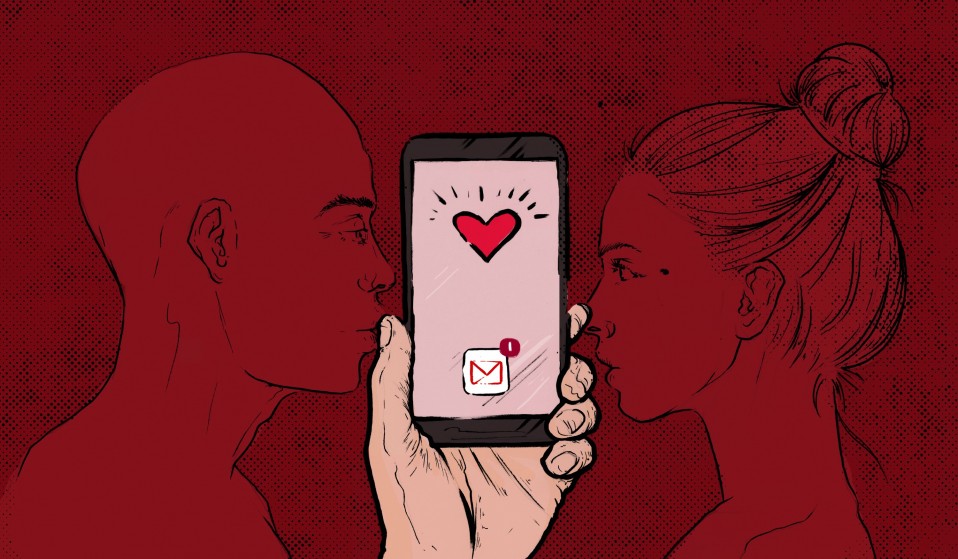 In a world where intimacy has had to adapt to the presence of technology, speaking on the phone still retains some kind of starry-eyed power. We should relish that.

Today, all of our relationships exist on our mobiles. But, in a world where intimacy has had to adapt to the presence of technology, the simple act of speaking on the phone still retains some kind of starry-eyed power.

There’s a pervasive idea that young people hate speaking on the phone. It’s an ironic stereotype, really – we have our phones in our hands almost every minute of our waking lives, yet it feels ludicrous to actually use them to make calls.

But for a long time, I embodied that stereotype. I steadfastly refused to pick up the phone to unknown numbers; if a friend called me unexpectedly then I’d feel a heavy anxiety thud onto my chest, convinced that the only reason they might be phoning is because someone was hurt or dead. I never listened to my voicemails, simply watched them pile up until, nerves too fraught, I binged on them all at once, missed appointments and tinny ten-second silences from calls not hung up in time. The only person who really called me was my Mum – apt, really. She belonged to another generation, one who – to me – did phone calls.

Recently, that’s changed – at least with one person, someone I’ve allowed myself the (to me slightly perverse) pleasure of long, drawn-out calls with. We speak for hours, my day unfolding in unexpected ways, my schedule ruined, plans rearranged around ongoing conversations. Sometimes, compelled to carry on the conversation, I walk and talk instead of getting the underground; five miles, six miles, more, just to hear about their day.

So unfamiliar am I with using the phone that the act of calling itself starts to feel quasi-erotic, the dial-tone luxurious in the potential it holds. The content is entirely platonic, not sexual; it’s not like we’re heavy breathing down the phone, asking “what are you wearing right now?”, “what would you do if I was there?”. The point, in lots of ways, is that I’m definitively not there. But phone calls are private, unreadable, have a striking immediacy; they’re also strangely incongruous, what with our being in different time zones. One of us is deep into work while the other gets coffee, wakes up; their lunch coincides with my leaving the house to meet friends. It’s a unique kind of discordance; it takes me out of myself.

In lots of ways, these phone calls feel entirely different to a text message or an email: secret, urgent. Nothing is written down, obviously, so everything we say is ephemeral, vanishes as soon as it comes into the world; invisible ink sinking quietly into a page. The screenshots I take of the four-hour-long call times are the only evidence they even happened, the notes in my diary I sometimes write to remind me of what we talked about. I even start to delete other calls from my call log so that their name stays at the top of the list; on the tube, safe without signal, I sit and stare at it, unable to analyse in the way I would a text but stubbornly trying to all the same.

It’s refreshing. It’s also unnerving. We spend so much time trying to divine meaning from our messages; a phone call is more simple. Instant messaging – texting, DMing, WhatsApping, whatever – can happen anywhere; a different kind of intimacy, more casual, less thoughtful. A phone call can’t, isn’t. You have to stop, really focus. You have to be present. Sometimes you have to be vulnerable in a way you don’t in a message. Sometimes you’re taken entirely out of your own life and into a new one, one you share with that other person. It’s there, unmistakably, even if it does only last for hours at a time.

All the problems of intimacy still happen on the phone; it’s not better or more profound, necessarily than a text. The world you create isn’t necessarily real, either: you can still lie, you can still be lied to. And, like a message, this world can be discrete: it doesn’t have to mean anything outside itself. It doesn’t tie you to someone. It doesn’t constitute a promise; it certainly doesn’t constitute a commitment. Creating such a world can also, at times, be a lie itself: a mirage. But it still means something: the act itself still means something. And, sometimes, doesn’t it feel good to be suspended in time?

Linkedin
RELATED ARTICLES
OTHER ARTICLES
AI companies that develop image-generators using copyrighted artwork from the internet are coming under fire from artists who say that it amounts to theft.
A new film from Berghaus traces the story of Adam Raja, who left behind a turbulent upbringing to discover the healing power of climbing.
As she gears up for the release of her first book, the 24-year-old climate activist talks standing up to authority and building a more inclusive movement.
Photographer Becky Tyrell went down to the fading banger and stock raceway to meet a community desperate to keep it alive.
Since 2007, Gideon Mendel has made 20 trips to document floods in 13 countries. The result is an alarming record of what has already been lost to the climate emergency.
At his West Bank restaurant, Fadi Kattan established himself as the voice of modern Palestinian cuisine. Now, he’s bringing his innovative, bold flavours to the UK’s capital.