Art & Culture / Inside the online ‘safe space’ for female incels 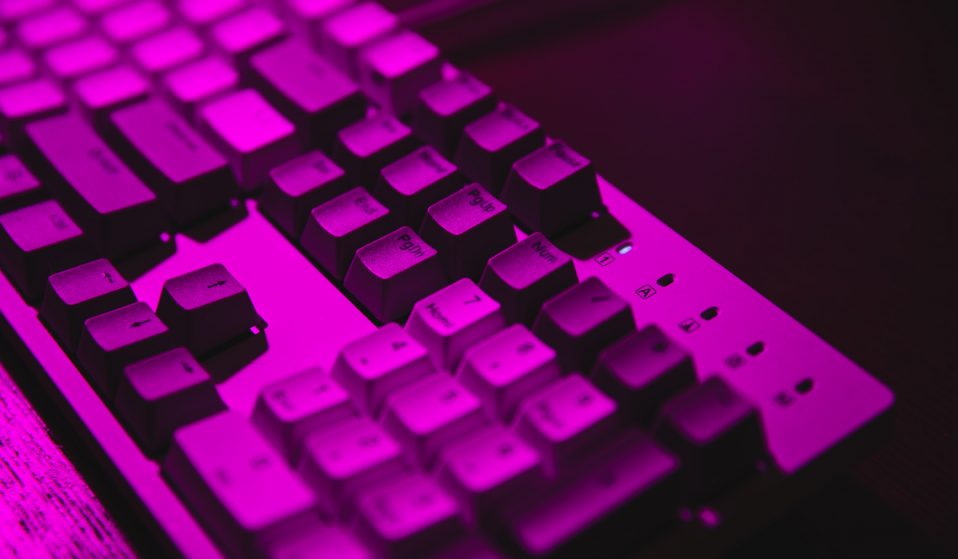 After being kicked off Reddit, femcels are the latest banned community to build their own platform. They claim to just want somewhere to speak free from harassment – but some experts question whether the site will descend into toxicity.

After being kicked off Reddit, femcels are the latest banned community to build their own platform. They claim to just want somewhere to speak free from harassment – but some experts question whether the site will descend into toxicity.

Growing up, Kim*, an 18-year-old from Eastern Europe, says she was mercilessly teased at school over her looks. The romantic rejection she suffered and the bullying she endured left her feeling alone and suicidal. At age 13, she started spending time browsing 4chan and similar forums, where she came across the incel (a portmanteau for involuntary celibate) community.

While initially, she empathised with what incels were going through, from reading more of their posts, Kim grew disturbed at their violent and misogynistic language. It wasn’t until Kim was 15 years old that she discovered r/Trufemcels – a subreddit dedicated to ‘female incels’. Like incels, femcels define themselves as unable to find a romantic or sexual partner despite desiring one. It wasn’t long before Kim began engaging regularly with posts about the pains of loneliness and the dangers of men.

“The subreddit made me feel less alone, like someone understood how I felt,” she tells Huck. “It was a huge emotional support.” Kim would spend a large part of her week on the subreddit – right up until it was banned in January of this year for violating Reddit’s rule against promoting hate. (The incel equivalent, r/incel, had been banned four-years prior as part of a crackdown on subs that glorify or incite violence).

Among the suspected reasons for the ban are other Redditors reporting the forum, with some users accusing members of r/Trufemcels of spreading everything from alt-right conspiracies, to self-harm encouragement and transphobia.

When r/Trufemcels was banned without warning, it sent the community into disarray. “There was a lot of confusion, sadness, hurt, and anger,” says Giga, a femcel from the US in her mid-20s, and former member of the subreddit. “I shared in those emotions, and felt loss for the community I would visit almost every day.” She claims that the language used on the sub did not constitute hate speech, beyond criticising men who engage in hurtful behaviour.

While Giga was shocked, she was not totally surprised. Last summer, Reddit introduced an overhauled content policy that contained specific rules about hate speech in response to pressure from users amid Black Lives Matter protests. This led to the automatic ban of about 2,000 other subreddits – among them was the notorious pro-Trump forum, r/The_Donald.

After seeing the waves of bans over summer, Giga had toyed with the possibility of creating a dedicated site for r/Trufemcels. But it wasn’t until the sub was deleted that she felt compelled to take matters into her own hands, establishing ThePinkPill.co in February earlier this year as a new online destination for the femcel community.

“After all the tip-toeing we did in reverence to site rules, while men are free to do whatever they want with impunity, including targeting and harassing us, that made me feel like I had to do this,” Giga says.

The site, which resembles Reddit, is divided into subs, or threads, which include everything from memes, to music, to cooking, and gaming. The ‘Trufemcels’ sub is the most active, and some of its posts include: “How can men complain when they have so much privilege?”, “Rejected For 30 Years”, “I hate being alive”, “I could cry when I see TikToks of women generally interacting with their guy friends” and “Femceldom = Misunderstanding”. Just under two months since its establishment, the site boasts “a few hundred members,” says Giga.

Femcels certainly aren’t the only community who’ve taken matters into their own hands after being exiled from Reddit and other social media platforms. Alternative forums have long been springing up across various corners of the internet, and following the subreddit ban, a handful of new sites emerged. Among them is Donald.win, built to house members of the former r/The_Donald sub, and Ovarit, a platform for the now-banned r/GenderCritical, or ‘TERF’, forum.

While conversations are usually focused on pressuring social-media behemoths such as Facebook, Twitter, and Instagram to take responsibility for the content on their platforms, these alternative spaces raise pertinent questions about moderation outside of these spaces. Parler and Gab have similarly provided an alternative for ‘free speech’ conservatives, but starting a new platform offers “more long-term security”, explains Luc Cousineau a PhD student at the University of Waterloo specialising in online spaces for men’s rights. As Cousineau explains, spaces like Parler and Gab may be forced to pivot and tighten their moderation policies in the same way as Reddit – a platform once upheld as a bastion of free speech – as they become more popular.

What concerns some experts is whether hateful rhetoric is likely to escalate among banned communities that have founded their own platforms. “The risk is that those people are the only ones that they’re talking to, and moderation policies are weaker, so things can get more extreme, and they become more radicalised,” says Jeremy Blackburn, an assistant professor in the Department of Computer Science at Binghamton University. When r/The_Donald moved to the site Donald.win, for example, Blackburn says that research “showed increasing signs of radicalisation” among the community.

With incels, their migration to anonymised spaces like 4chan and 8chan has been linked to the killings committed by Alek Minassian and Elliot Rodger. “[Incels] could push, push each other to escalate, because there was no way to really moderate them, nor are the people that run those spaces inclined to do so,” explains Cousineau.

But can this same thinking be applied to femcels, whose online behaviours have not yet been linked to real-life violence? Most femcels are adamantly opposed to being conflated with incels, and claim to just want a safe space to speak free from the harassment they face, primarily from incels and other men.

Cousineau suspects that femcels’ tendency to engage in the same terminology as incels would likely have contributed to the group’s ban from Reddit – most obviously, in the adoption of the ‘cel’ term, and the references to ‘Stacys’, ‘Beckys’, (slang for different types of women) and ‘Chads’ (used to refer to an ‘alpha male’). “They’re closely enough associated, that if you didn’t know anything about these communities, it would be really easy to go, ‘Oh, well, this is exactly the same.’”

Even some femcels question why the community would choose to keep the ‘cel’ term. Sara*, an 18-year-old from Canada and member of ThePinkPill.co, admits that: “If femcels went by a different name, people would be more interested in actually listening to what we have to say before judging us.”

However, the similarities between these groups runs deeper than just overlaps in language, most significantly, in the shared preoccupation with ‘lookism’ (discrimination based on the physical appearance of a person), which they both blame for their plight. The disconnect between the communities, however, is that incels blame women for their loneliness and that, as Giga puts it: “Incels like to say that femcels are invalid because any woman can be used for sex.” It’s an argument that has been made even outside of incel circles, and goes some way to explaining the lack of research and understanding around femcels.

While it is certainly simplistic to conflate the two communities, in both femcel and incel spaces, lookism is similarly allowed to flourish unchecked. As Julia Marr wrote in a Medium post, “Within femcel communication, the moderators often use their power unjustly to censor those presenting credible information that disproves or counteracts aspects of femcel ideology.” This, Marr claims, compounds the echo chambers effect and makes it harder for femcels to escape their unhealthy obsession with lookism.

It’s a suggestion that Giga adamantly rejects: she says that on ThePinkPill.co, “women will intervene and point out when we get overly focused on despair and depressive emotion”. She adds that the purpose is never about trying to convert, or ‘radicalise’ anyone into becoming a femcel: “If anything,” she says, “we celebrate when femcels ascend – that is, not need the community anymore due to romantic success or peaceful self-actualisation.” Being a femcel, she stresses, is not an ideology.

For many femcels, though, the answer to ascending the community does not reside in femcel spaces. Speaking to Huck one month after joining ThePinkPill.co, Kim says she has severed most of her ties with the community, after witnessing femcels on Reddit using lookist language to make racist and transphobic remarks.

Most members of ThePinkPill.co that Huck spoke to deny that racism and transphobia is allowed to proliferate in femcel spaces. When asked whether trans women are welcome on ThePinkPill.co, Giga responds: “The site is open to all women, as our community has always been, and it specifically caters to women’s issues.”

While Kim says she hasn’t seen this type of language on ThePinkPill.co, she recently made the decision to delete her account from the site, fearing things would end up the same way. “I hope it doesn’t,” she says, “but many femcels spaces eventually turn toxic.” Even before deleting her account, Kim admits that she has in the past had to take a break from the community for the sake of her mental health.

Sara agrees to some extent, saying that: “Sometimes, [femcel spaces] get overwhelming, and I feel like I need to take a step back.” But ultimately, she says that distancing herself from platforms like ThePinkPill.co does nothing to change a society that she believes to be revolved around lookism. To deny this “only does more damage [to myself] in the long term,” she says.

Given that ThePinkPill.co has already had to deal with trolling from incels, it’s questionable how effective this platform is in providing a safe space without harassment. Whether the site can guide femcels towards self-acceptance is yet to be seen – but it will likely do very little to solve the misunderstanding which surrounds this community.

Linkedin
RELATED ARTICLES
OTHER ARTICLES
Following the release of his debut single, Deyaz talks battling addiction, dealing with his struggles through music, and building a budding music career from his living room.
A new film from Berghaus traces the story of Adam Raja, who left behind a turbulent upbringing to discover the healing power of climbing.
Theo McInnes’s photos of the annual event provide an intriguing snapshot of contemporary Britain.
After blocking the Scottish government’s gender recognition reform bill, Westminster is now devising further changes to the law to make it harder for trans people to self-identify.
A new law change is enabling Britain’s donor-conceived children to know the truth about their origins – but campaigners say the fertility industry must do more to protect people.
The action took place in response to the 200 asylum-seeking children who were placed in hotels run by the Home Office who have gone missing.