Art & Culture / Tech / Meet the women of the incel movement 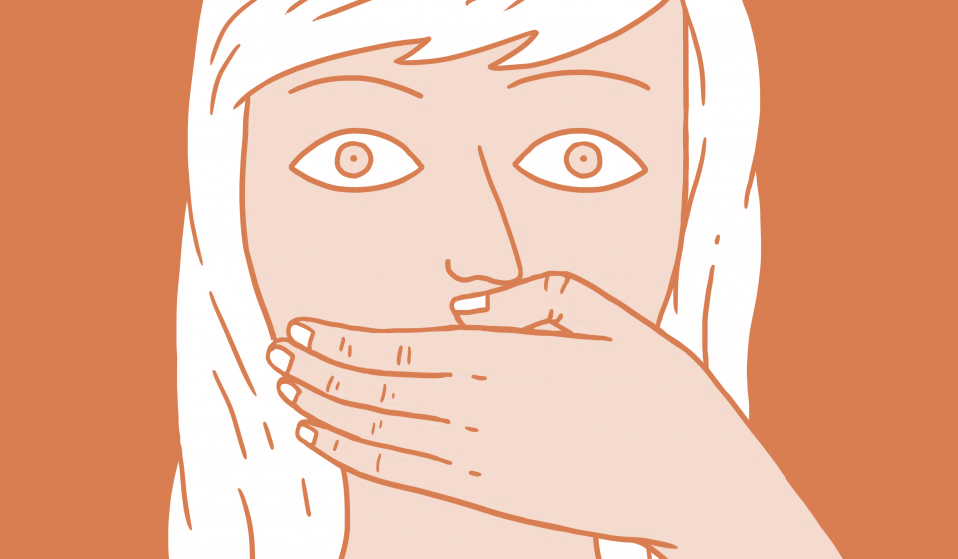 The ‘involuntarily celibate’ community is typically seen as being male-dominated, with female members – otherwise known as ‘femcels’ – often being overlooked. Writer Nick Chester meets the women who are being left behind.

The ‘involuntarily celibate’ community is typically seen as being male-dominated, with female members – otherwise known as ‘femcels’ – often being overlooked. Writer Nick Chester meets the women who are being left behind.

Incels have been in the news long enough now that you know what they are. But a quick refresher: “incels” is a portmanteau of “involuntary celibates”, an online community of men who believe they are inherently unable to engage in romantic or sexual relationships, despite wanting to do so. This subculture has existed in dark corners of the internet for years, but on Monday April 23rd, 2018, it became three-dimensional.

That day, 25-year-old Alek Minassian reportedly drove a van into a group of pedestrians in central Toronto. He has since been charged with 10 counts of first-degree murder and 13 counts of attempted murder. Hours before the attack, Minassian posted a Facebook status referencing the incel community and praising Elliot Rodger, the University of California spree killer who had a history of posting women-hating screeds on incel forums.

Incels posting misogynistic rants are not uncommon: these are men who are incredibly frustrated that they are not to not be having sex with women, and that frustration often boils up into outright anger. Since the attacks in California and Toronto, the media has done well to slice the incel movement open and gaze upon its beating heart.

Journalists have come up with a wide variety of theories on why this subculture has attracted so many angry young men, ranging from fear of recent advancements towards gender equality to a male backlash against the #MeToo movement.  They’ve linked it to various different elements of the “manosphere” – a network of forums, vlogs and blogs focussing on issues related to masculinity – including supposed men’s rights activists, pick-up artists and Men Going Their Own Way (an ideology involving men opposing serious romantic relationships), claiming that these online subcultures helped to foster the extreme misogyny that has enabled it to thrive. It’s been discussed in the context of prominent figures within this network, most notably Jordan Peterson, who was accused of seeking to legitimise incels’ grievances after claiming the solution to their extreme views is “enforced monogamy.”

However, with all the focus on the factors causing men to identify as incels, we’ve largely overlooked one aspect of involuntary celibacy: female incels, or “femcels.”

The term “incel” was coined by a woman – known only as Alana – in the 1990s, when she created a website to discuss her sexual inactivity. She hoped that Alana’s Involuntary Celibate Project would become a resource for others like her – supposedly involuntarily celibate people who needed guidance and support. Of course, the incel scene has moved on radically since then, and Alana has distanced herself from its current incarnation – one that is dominated by men who feel entitled to sex, and resent women for not giving it to them.

Though very much in the minority, you do find femcels in small numbers on most incel forums – but, unsurprisingly, they struggle to have their motivations and problems heard in these spaces. In the rules section of the now-banned subreddit r/Incels, an admin had laid out the opinion of femcels held by the 40,000-person community: “Those who continuously claim there are as many female incels in the same situation as male incels will receive a warning and then a ban.” So what motivates women to join a movement that produced the likes of Rodger and Minassian? Are they self-hating, or is the incel community more inclusive than first thought?

Rachel, a 19-year-old from the US, was 15 when she first came across the term “incel” online, and was struck by how precisely it described her situation. “I’ve never had sex or had a relationship due to a hormonal condition that has caused me to develop a very atypical appearance,” she says. “The term ‘incel’ fits me perfectly.”

Despite ticking the same boxes as male incels, the community she is now part of doesn’t offer her the support she wants. “Most males don’t acknowledge the fact that females can be incel, and that makes it extremely hard for me to cope,” Rachel tells me in a private message on one of the more popular incel forums. “I’m being rejected by both society and people who share the same struggles as me.”

In a space where men can refuse to acknowledge that incel women exist, her membership of the community ends up compounding her sense of isolation. “I end up feeling alone,” she adds.

The idea that any woman can get laid if she wants to is common on incel sites. The theory behind this is that even supposedly unattractive girls can find sexual partners if they make themselves available to anyone who’s willing to sleep with them, no matter how those men look or behave – a particularly toxic male view of the dynamics of heterosexual interaction. And yet Rachel continues to interact with male incels. Why? She gets the feeling few women would relate to her experience as a female incel, leaving her no one to relate to outside of this community.

“It takes great measures for a female to become incel,” she tells me. “A female incel has to be extremely ugly or demented to be rejected by all males. I mostly interact with male incels because of the lack of women in the same situation, and also in the slight hope that I’ll be able to find a partner, as normal Chads would never even consider being with me.”

A “Chad,” for the uninitiated, is incel slang for a confident, attractive man who has plenty of sex. A “Stacey” is the female equivalent. Male incels have another piece of jargon they often use to put down self-identifying femcels: “volcels”, or “voluntarily celibate” women, who – they claim – could have sex if they wanted it, if only they shifted their impossibly lofty standards down low enough to do so.

Although Rachel had clearly experienced rejection from some sections of the incel community, she takes care to clarify that she doesn’t consider all incels to be woman-haters. “I don’t think the movement as a whole is misogynistic,” she tells me. “There are some misogynistic incels, just as some Muslims are extremists, but Islam isn’t an extremist religion – and the entire incel movement isn’t misogynistic.”

Fiona, a femcel I speak to on Reddit, has a similar outlook on misogyny within the incel community. Her femcel origin story is similar to Rachel’s: she saw the word incel used online and realised that she roughly fit the bill, as she had never had sex or a romantic relationship. Like Rachel, she’s found that male incels often accused her of being a volcel, and refuse to accept her into their group.

“I argue with them that they should be inclusive all the time, but they always end up saying that I could use Tinder or a dating website to find sex,” she says. “This would be fine for women who want to have no-strings-attached sex, but a lot of us want sex in a relationship with people we love.”

Fiona adds that she wishes incel forums were simply platforms for discussing the trials and tribulations of being involuntarily celibate, without all the gender politics clouding the discourse. “I’d prefer if they were just about sharing stories instead of being rude to women,” she tells me. “To be fair, a lot of male incels want this as well.”

There are some platforms for women who have never had relationships. Fiona mentions the r/Foreveralone subreddit, which is for people who have spent the majority of their lives not in a relationship. But being single for long periods of time and being incel aren’t the same thing. “Most women there have had sex and relationships, so I really can’t relate to them,” she says.

There are even more complexities to navigate for lesbian incels, or  “lesbcels.” Clare, a 30-year-old former incel from the US, who has since got a girlfriend, tells me a paranoid fear and sharpened hatred of lesbians marked her time in the incel community. Lesbians were seen as competition, vying for the same pool of sexually-viable women as incel men. “I’ve seen posts where incels speak very negatively about lesbians,” she tells me via a Reddit DM. “One I can recall was where an incel discussed how females were so entitled and selfish that they chose to date masculine women in place of men in order to oppress them and satisfy their superiority complexes.”

Clare says she felt she needed to pretend to be a man online to interact with the other incels without encountering hostility. “From my experience in the community, it’s incredibly hard to get support when you’re the enemy gender,” she says. “It was easy enough to act like I was a guy to fit in, and I even managed to convince myself that I was feeling gender dysphoria, but my stay in the community was always highlighted by a sense of fakery and deception.”

Still, says Clare, she kept going back to the incel community because they were the only people she felt she could fully relate to. “The issue with such a spiteful community is that your acceptance and integration only goes so far as sharing their experience, and empathising with them,” she says. “They’re incredibly intolerant to varying ideas and situations and interests – especially females.”

Clare, Fiona and Rachel all believe that incels aren’t a misogynist movement; they’re just a movement with an awful lot of misogynists in it. Therein lies the nub: as the dark, underground community of incels is pushed ever more into the spotlight and asked to atone for the sins of its actively violent members, broad-stroke characterisation may well push more centrist members to extreme ends of the movement.

The women of the incel movement are the hardest hit by this, branded members of a hate group from those outside, and told they don’t belong by the community they feel a part of. Life without sex is clearly difficult for everyone affected, but at least men have a supportive community to turn to. Femcels don’t even have that.

Linkedin
RELATED ARTICLES
OTHER ARTICLES
Following the release of his latest album God Don’t Make Mistakes, the rapper talks horror villains, police brutality and being unafraid to show his vulnerable side.
The author discusses her blistering new novel about history, revolution and queer love.
The revered showbiz chronicler recalls his journalistic beginnings, documenting subcultural scraps in the ’80s.
Photographer Phyllis Christopher recalls capturing sex and protest at a time when the city had become a haven for the queer community.
A group of Ukrainians living in Poland are helping Ukraine withstand Russia’s brutal invasion by buying supplies and shipping them directly to the war’s frontlines.
After news broke last week around an expected reversal of the 1973 landmark law that made abortion legal in the US, protestors gathered in the UK in support of American women.