Art & Culture / Tech / The truth, lies and illusions behind our online lives 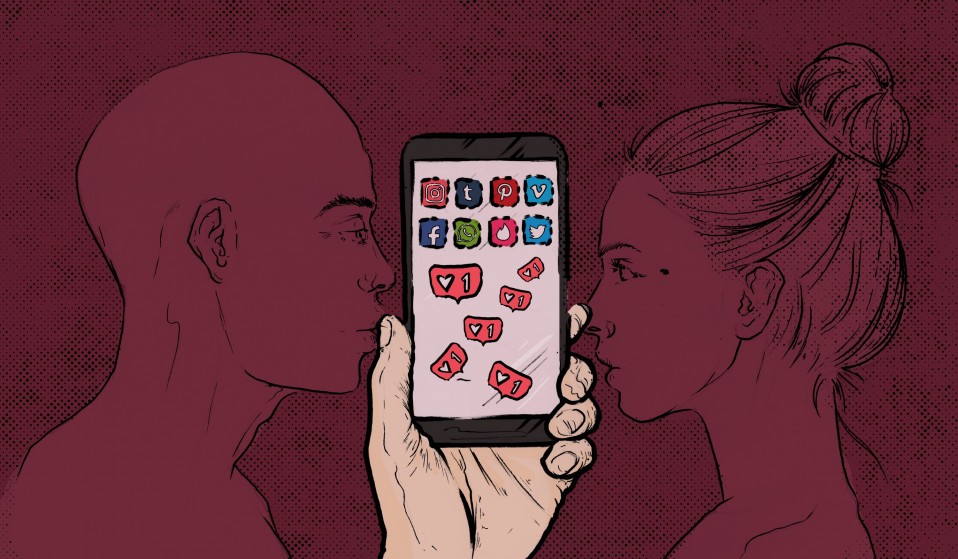 In her latest column, journalist and author Emily Reynolds explores the differences between how we market ourselves on social media, and what it can teach us about who we are IRL.

In her latest column, journalist and author Emily Reynolds explores the differences between how we market ourselves on social media, and what it can teach us about who we are IRL.

I met my first boyfriend online. Both members of a torrenting platform called SoulSeek, he IM-d me one evening with a Manic Street Preachers’ lyric to match my username (‘stay-beautiful’). First, we swapped music libraries. Then we started talking – him in Belfast, me in Southampton – and before too long he had come to visit and we had fallen in love.

Being 16, and being in a relationship that largely took place online, I was borderline obsessed with how I was coming across to him. My MySpace profile song was meticulously selected so as to appear as cool as possible. I read books he liked and then faux-casually wrote blogs about them to try to impress him. I edited and re-edited pictures of myself before I uploaded them. My online life was expertly curated before anyone knew what that meant.

Though the level of my obsession with the internet was somewhat anachronistic among my peers in the early ’00s, this kind of behaviour has almost entirely normalised in the 10 years since. We’re now routinely preoccupied with our appearance online, talking as if we ourselves are brands, as if our lives and experiences are units of value to be carefully deployed for maximum profit. For some, this even translates to genuine monetary value – bloggers and influencers who literally sell illusions of their lives via company sponsorship.

It’s self-evident that these personas themselves are often false, or at least an exaggeration. But understanding exactly why people foster them so tenderly and so consistently is more complex. For me, completely obsessed with my online image for so long, it was part of a wider project: I was desperately trying to become myself.

What else are we doing, after all, when we depict ourselves in a certain way online, other than trying to convince the world that that person is real, that they exist in a tangible and meaningful way? It erodes the messiness of a person’s life, yes, and some of the nuance. But when someone posts a picture of their perfectly styled bedroom or their beautiful and groomed face, when they tweet an anecdote that makes them look sharper or funnier or more incisive, what else are they saying other than “this is who I want you to believe I am because this is who I want to be”?

In my early 20s, this spiralled for me. I felt unable to post pictures without editing them, I second guessed everything I posted, every thing I thought and felt. My opinions didn’t seem right; sometimes I’d even search Twitter to see what other people were saying before I felt confident that my argument was the ‘correct’ one.

Whenever I started seeing someone new, it happened all over again. I looked at myself through warped new eyes; I judged myself accordingly. So desperate to be loved – or at least paid attention to – I would shapeshift into someone else. It was no wonder I felt misunderstood: how can you really become yourself when someone else is watching?

My preoccupation with intimacy hasn’t dissipated in recent years: if anything, more alienated from it than ever before, it’s become even more pressing. I think about my ex-boyfriend as I sit and wait to board a plane in Belfast, the distance between us geographically non-existent. But emotionally, I’m miles away. I no longer want to impress him; I don’t think I could if I tried.

But as the plane turns in the air, its wing tipping upwards towards a startling whiteness of sky and the ground no longer visible, I don’t wish any of them were here, I don’t think about how they see me. I’m trying to become myself, and I’m on my own.

Linkedin
RELATED ARTICLES
OTHER ARTICLES
Students are being left to languish in unsafe housing, in some cases leading to serious health complications.
Susan Pektaş’s new photo series delves into multiple cultural layers of the region with a touch of personal mysticism.
Following the release of his latest album, the rapper talks about finding a new approach to songwriting, attitudes to poverty, and why his music is more than a political statement.
Danny Burrows discusses his new series of images documenting an pacifist anabaptist community who lead an alternative way of life.
A 28-year-old from Texas was forced to travel across state lines for an abortion that would save her life and end a pregnancy that her baby had no way of surviving.
Last week, Tower Hamlets council removed its nudity-restricting licensing conditions in a huge win for London’s kink community.