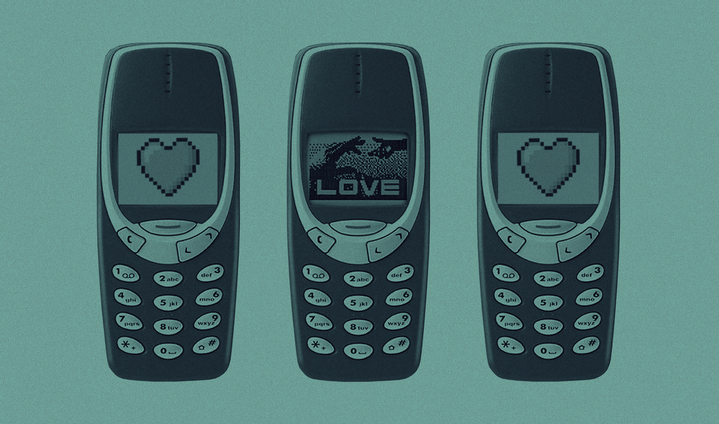 Our social media experiences reveal a lot about who we are, how we communicate, and what we want to say. Understanding them could help us connect to each other better, writes Emily Reynolds.

Our social media experiences reveal a lot about who we are, how we communicate, and what we want to say. Understanding them could help us connect to each other better, writes Emily Reynolds.

We live many lives online. That LiveJournal you set up to talk about the friend who betrayed you or the boy you sat behind in Maths; the MySpace bulletins where you learned to write about yourself, to archive endless lists of things you like and hate and want to be. There was more, too, on MySpace; over-friendly wall posts where you revealed a little too much of yourself to the world, notes where you’d write poetry or fill in questionnaires. Blocks of friends you ranked and ordered meticulously, being moved up or down in a Top Eight a scandal worthy of a juicy period drama.

The last two are important. We have a private life online, too: things we don’t post on walls or tag ourselves in willingly, things nobody knows about. Conversations with strangers we never speak to again, conversations with people we do know, clandestine or mundane, dirty videos we watch. Embarrassing videos we watch: things that are twee or sincere or earnest or simply uncool, things we’d never admit to liking. Thousands of parts of us are scattered across the internet like sigils, a crooked map of who we were and are.

It’s strange we give so little acknowledgement to our past lives online: they tend to be anecdotal, harmless and distant, rather than something vibrant and still alive. But, as in our offline lives, isn’t it important to acknowledge who changed us and how, who we were once and how that led us to ourselves?

It’s not like it doesn’t affect how we communicate, either: I type quickly, each sentence on a new line, one idea taking six, seven messages to express. It’s a hangover from MSN and AOL Instant Messenger, where I first started communicating online; quick, sharp bullets that resembled speech or even thought, not writing as I knew it then.

One friend of mine grew up on IRC, an early messaging platform, and he’s the same: his messages are fast and frenetic and he’s always online, always responding within minutes. Talking to him is often so fast, so chaotic, that I can see myself working out the premise of the idea we’re talking about as we’re talking; exactly like thought. “It goes back and forth like ping pong with two balls,” he said of our conversations.

The problem comes when there’s a mismatch: when a friend or lover doesn’t check their phone as much as you, when sending 10 messages in a row seems strange rather than par for the course. I once dated someone who only messaged me once a day, the daily missive hundreds of words long. For him, it was more complex, less throwaway; to me, it felt more like a monologue than a conversation, and we didn’t date for long, our ways of communicating so different as to be totally incompatible.

But friends who didn’t spend their teenage years slowly increasing their level of communication to near-constant levels, who treat messaging like an epistolary back and forth rather than a chaotic stream of consciousness, have told me they’ve been overwhelmed by dates, partners or friends who reply within minutes, who don’t need space to respond, who are always on. Unused to it, they struggle to keep up – and wouldn’t want to if they could.

Remembering that we have complex online pasts might help bridge this gap. How much time we spent online over the last few years – and where we spent it – might not seem relevant or interesting on the surface. But, just like past loves, our internet history says something about who we are and how we communicate, what we want to say and how. Understanding that isn’t just a way of working out who we are – it could help us connect to each other better, too.

Linkedin
RELATED ARTICLES
OTHER ARTICLES
While protests over abortion rights rage in the US, access to abortion services is still almost nonexistent in parts of the UK.
Following the release of his newly republished 1991 book, Redheads, the American photographer reflects on his celebration of ginger people and their magnetic power.
To mark the anniversary of the mass trespass of Kinder Scout, a group of hikers came together with the intent of creating a new, fully inclusive culture for rural spaces.
Following the release of his latest album God Don’t Make Mistakes, the rapper talks horror villains, police brutality and being unafraid to show his vulnerable side.
Members of the collective share some of their reasons to run as part of #UnitedBySummits, a campaign that looks to uncover transformative power of the outdoors.
Our new magazine is here, starring the inimitable Mitski. Order your copy now and join us on a trip around the world.