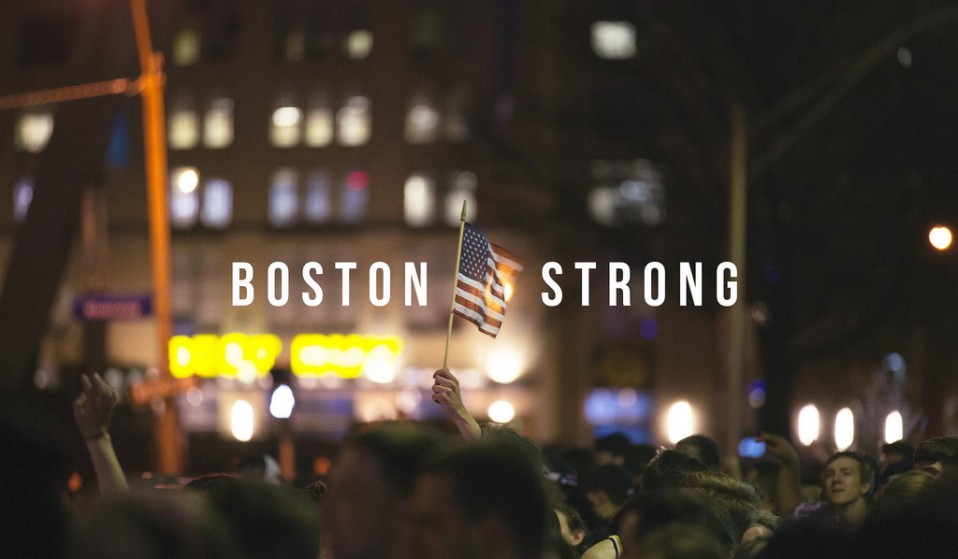 A new 'crowd-sourced' play uses witness testimony to show how one city refused to be defined by an act of violence.

A new 'crowd-sourced' play uses witness testimony to show why one city refused to be defined by an act of violence.

Rather than re-create the event or focus on the Tsarnaev brothers, who were responsible for the attack, co-creators Joey Frangieh and Lisa Rafferty decided to hone in on those who gained strength from the tragedy.

Specifically, they wanted to share the stories of those who ran 26.2 miles, turned around and ran back to save the lives of others.

The duo enlisted the help of volunteers to conduct interviews in order to paint a comprehensive picture of how the tragedy affected people. 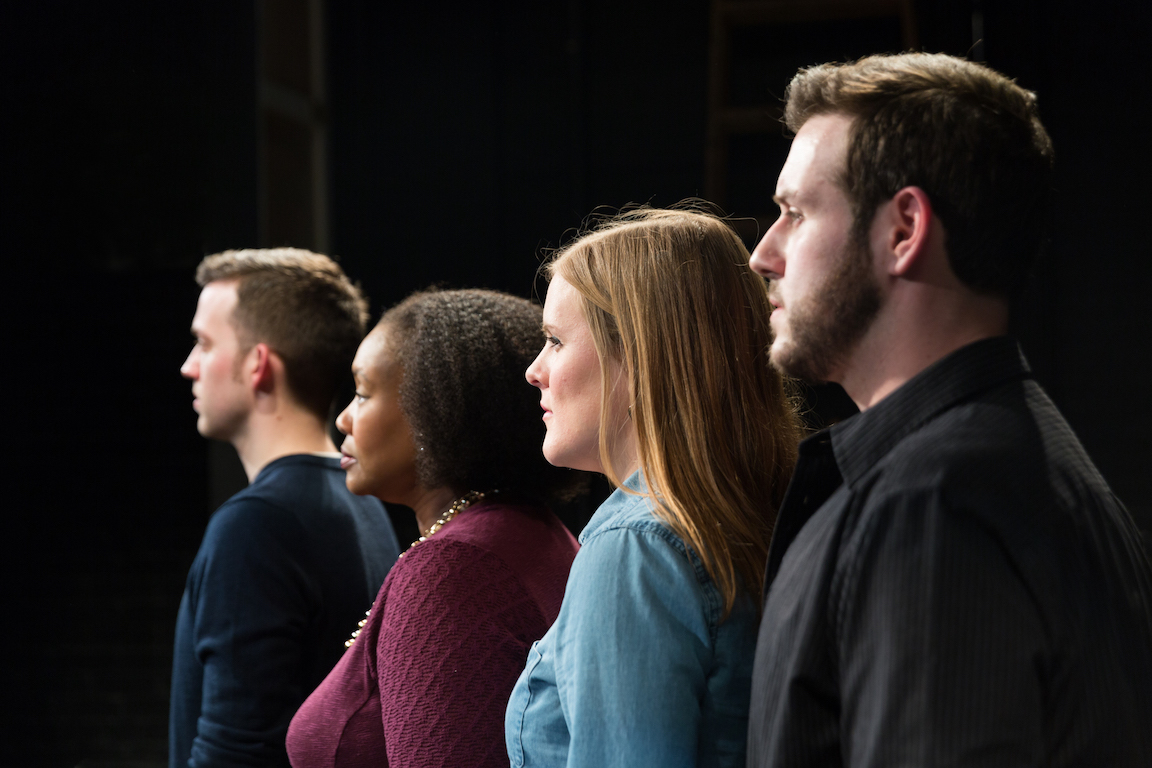 Produced by the Boston Theater Company, the play begins on the day of the bombings and ends at the marathon finish line one year later.

The show’s 10 actors studied audio of the interviews so that every line, pause and emphasis remains true to the source material.

Joey Frangieh, artistic director of the production company, took a break from a run of preview performances at Boston’s NonProfit Center to talk about pulling it all together.

Why did you decide to use theatre to tell this story?
There is something raw, real and dangerous about live theatre. There is no art form more personal than actor-to-audience, human-to-human. To see a tangible, living, breathing person performing is the most real form of art. In a live performance, what you see is what you get. If an actor forgets a line, trips, burbs… it’s all right in front of you.

What does the play set out to achieve?
The bombings were a horrific act and 15 April, 2013 will go down in history as an awful, awful day. But the community that came together to support those affected and the bravery of so many first responders was, and continues to be, inspiring.

Finish Line is being is told through the exact words of runners, EMTs, police officers, doctors, nurses, spectators, clergy, students and many others who were impacted, directly or indirectly. 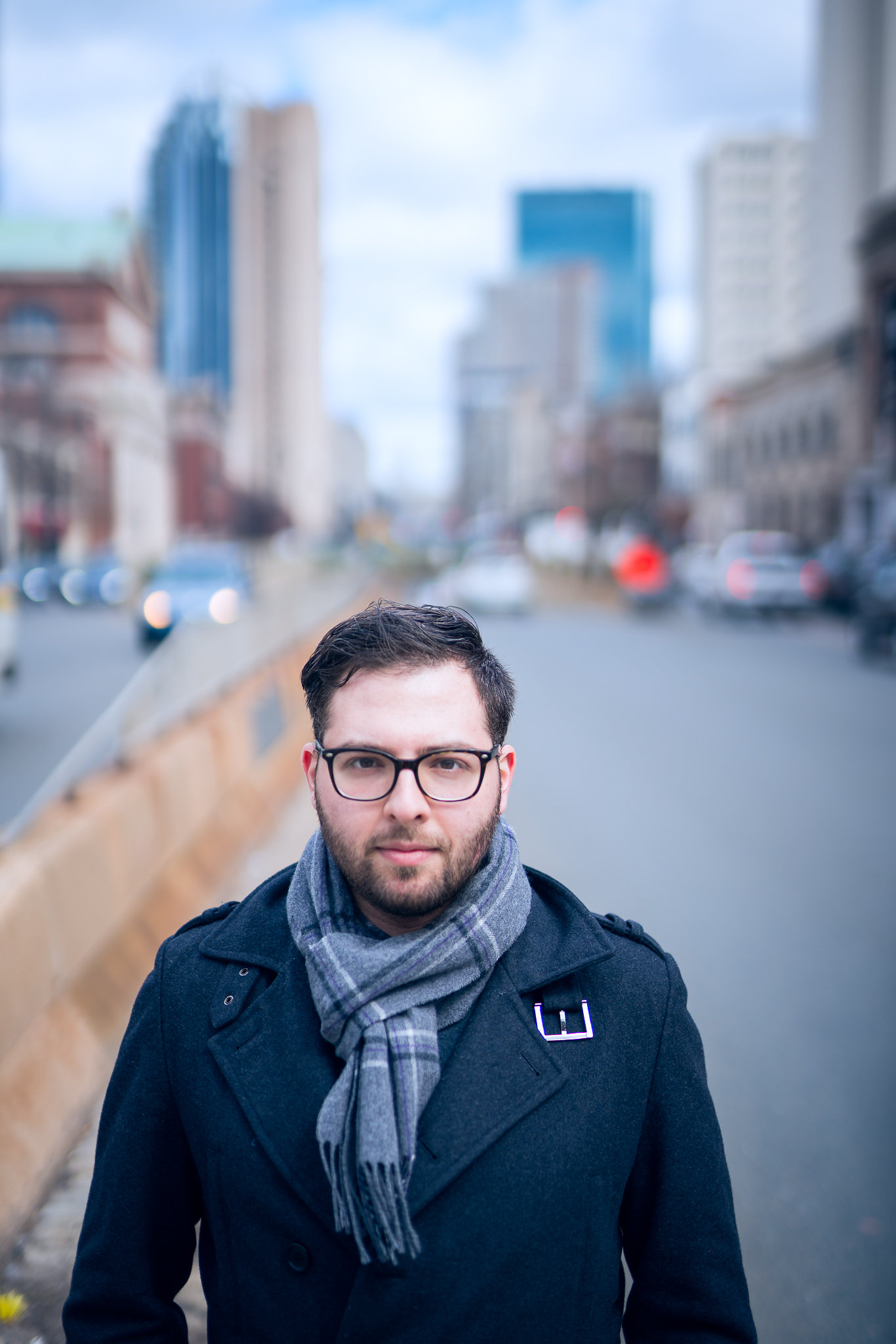 What was it like combing through all the interview material?
Very inspiring. At times, it is difficult to listen to the interview material because they are so emotional. But we have all been continuously inspired by all these stories. I often find myself sitting down to work for a few hours on the Finish Line script and all of a sudden, I realize it has been something crazy like 10 hours.

How easy or difficult was it to hone in on the moments you would use?
This was the most difficult part of the process. We have 88 interviews ranging from 20 minutes to an hour. If we used all of them, the play would be over 40 hours long. Although only about 30 interviews are depicted in the show, all 88 impacted the script.

What most surprised you in the process of piecing together all these perspectives?
A handful of people who shared their stories with us have said, “Thank you.” Which has been incredibly humbling. They thank us for creating a platform for their stories to be heard, but we are so thankful and in debt to them for sharing their stories with us!

Would you like to see more art explore the aftermath and reaction to disasters? If so, in what mediums and where?
I started BTC to give a voice to those who aren’t always heard, to highlight stories and themes that represent what is at the core of the human condition and to encourage audiences to question. I fully support art as a form of coping with disasters.

Why did you decide not to recreate the bombings?
There will always be crazy terrorists who want to watch the world burn. We have no interest in promoting them or the things that they do. The goal of Finish Line is to provide a platform to showcase powerful stories of resilience, fierce determination and bravery.

What do you want people to take away from the show?
The show is about a community that refused to allow an act of violence to define itself. It mirrors a society that said, ‘You can kill us, but you can never kill our spirit.’ We all hope that people leave with a feeling that love is in fact stronger than hate.

Finish Line: The Untold Stories of the 2013 Boston Marathon is holding previews until 23 April before making its world premiere in 2017.
Check out the Boston Theater Company‘s official site for more information.

Linkedin
RELATED ARTICLES
OTHER ARTICLES
How the sounds of nature, air force bases, walking across the country, Windrush and synthesisers have influenced one woman’s journey through music and life.
Max Miechowski reflects on documenting land that is being lost to the sea – and the people who live life on the edge.
A campaign seeking to prevent future injustices where there is state involvement is gaining momentum, with Labour recently pledging its support.
The demonstration took place this week over plans to slash £50m from arts bodies in London.
Meg Handler’s photos capture diverse groups of New Yorkers coming together for the collective cause of civil rights.
Proponents of personality tests argue that they’re necessary to find the best person for the job – but in practise, they’re often discriminatory.