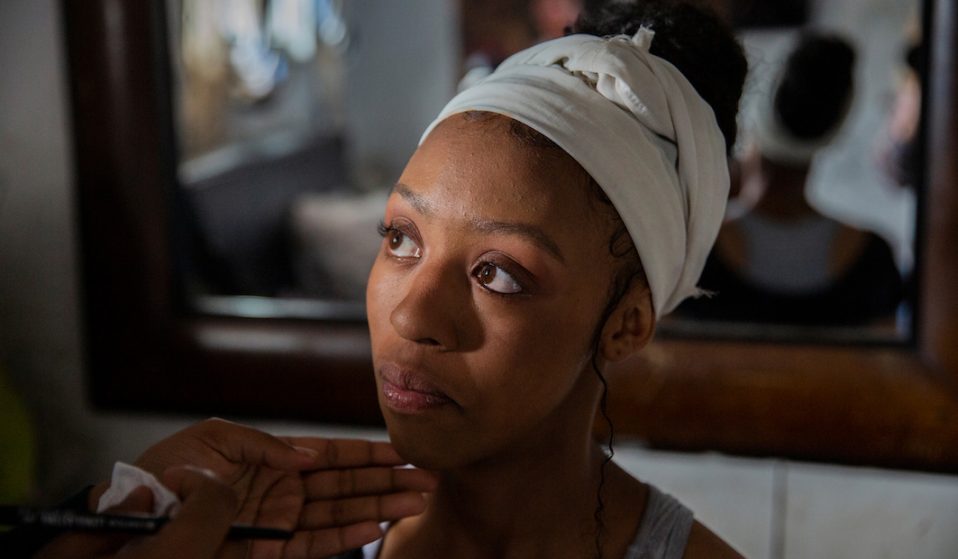 Sarah Stacke’s photos aims to give a different perspective of a South African neighbourhood known primarily as a community plagued by gang violence.

Sarah Stacke’s photos aims to give a different perspective of a South African neighbourhood known primarily as a community plagued by gang violence.

Over a decade ago in 2011, while studying for her degree at Duke University, Sarah Stacke took a trip to South Africa to trawl through the University of Cape Town’s archives. One day while she was out taking photographs around Sea Point – a particularly wealthy part of town where the land meets the sea – she came across a group of young women who were living on the streets.

Stacke struck up a conversation with them, listening to their stories and taking their pictures before continuing with her day. As the weeks went by, she kept bumping into one woman in particular, a 25-year-old called Naomi Lottering, who had grown up Manenberg – a suburb of Cape Town about 15 miles away. After catching up one time, Naomi asked Stacke for a lift back to her family home, which Stacke agreed to, and the pair jumped into her rental car and drove off.

Without knowing, suddenly Stacke was driving to one of the most notoriously dangerous areas in South Africa. As an area shaped by the Forced Removals during South Africa’s apartheid era, Manenberg has become the base for the notorious Hard Livings gang. For outsiders, the small 1.29-square-mile neighbourhood that is home to around 50,000 people is known mainly as an area rife with crime, drugs and violence. 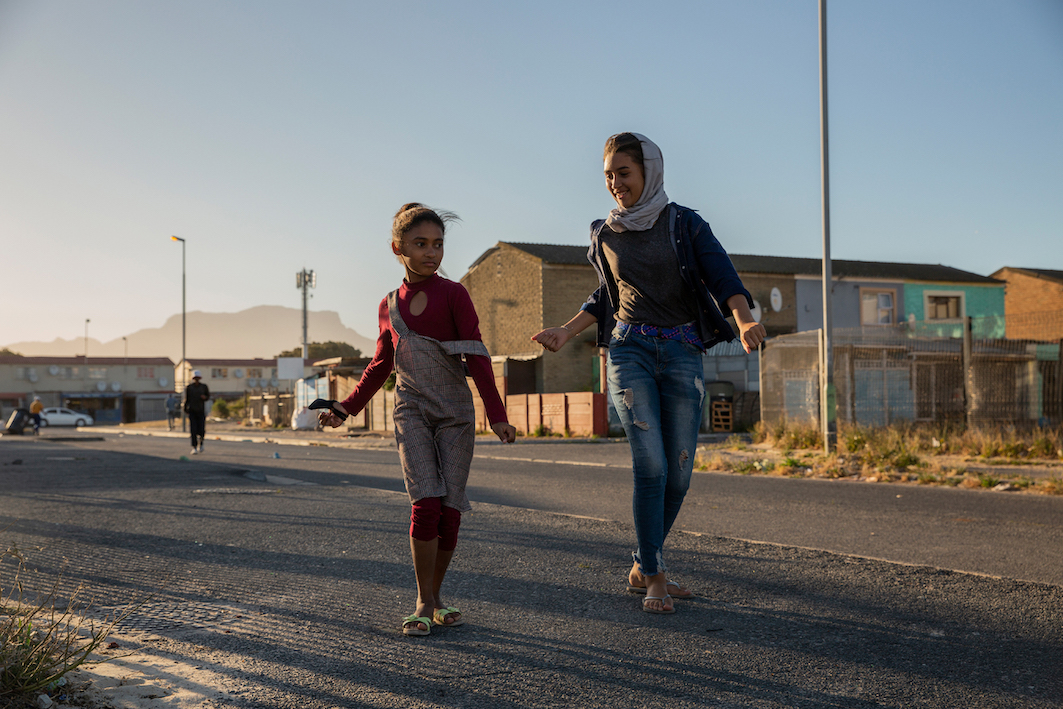 “It’s inescapable,” Stacke explains about the effects of gang violence and organisation. “It’s a part of every moment of every day.

“Manenberg receives the brunt of negative media coverage [in Cape Town],” she continues. “The coverage isn’t wrong, it’s just that it tells a single story – the gangs are certainly a part of Manenberg, but they are a very small percentage of people living there. The majority of people aren’t in gangs.”

But when she first arrived that day with Naomi, she found a different story to what would be found in a newspaper, or broadcast on television about the area. “My first impression was that Manenberg was a place of warmth and welcoming,” she says. “That was the very first experience I had there when Naomi introduced me to her family – Debbie [Naomi’s sister], Debbie’s two kids and her father Franz.” 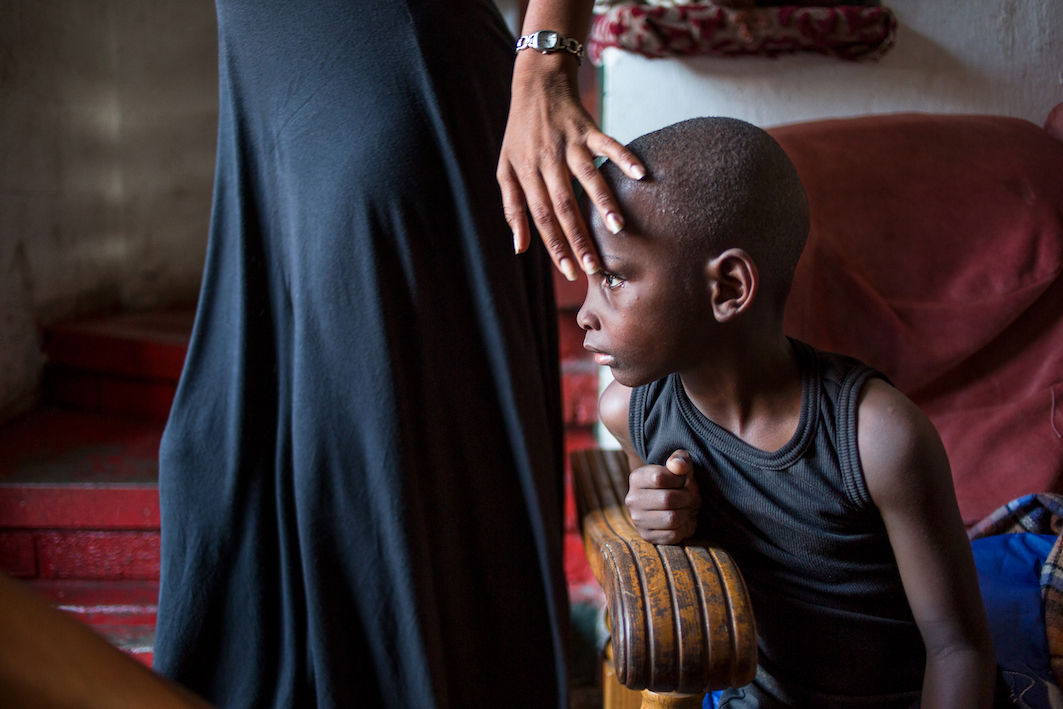 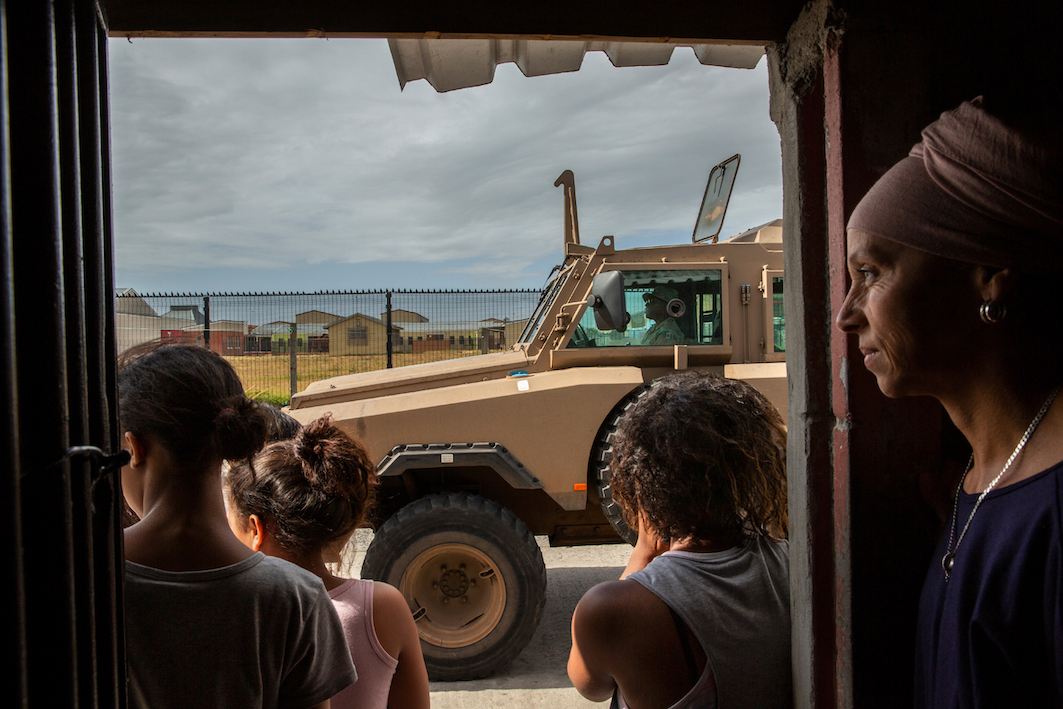 All of this warmth is captured in her newly published photobook Love from Manenberg. Having first experienced the friendship and community from the Lotterings and the people of the area, Stacke came back to visit just six months later, and has continued to travel there every year since, making pictures of the people she met and ultimately became close friends with.

The photographs tell a story of humanity, community, and resilience against the backdrop of violence and economic hardship. Studies estimate that just around 35 per cent of the population are employed, and residents of the area are three times more likely to be murdered than anywhere else in the country.

“It’s very hard for people to retain employment,” Stacke says. “I imagine 99 per cent of people would have to travel for employment, but unfortunately the architects of apartheid were very good at what they did. Travelling for employment is cumbersome for the people who live in Manenberg.”

But despite the hardships, Stacke captured a beauty in the daily lives of the people who live in the area. “Debbie says it best, she says: ‘We’re all like family members here,’” explains Stacke. “And she’s right – when I go out in Manenberg with Debbie, we’ll go out to get something from the tuck shop, whether it’s milk, or crackers, or chips, and we’re out for hours because every 20 feet she sees someone, and they have catching up to do. 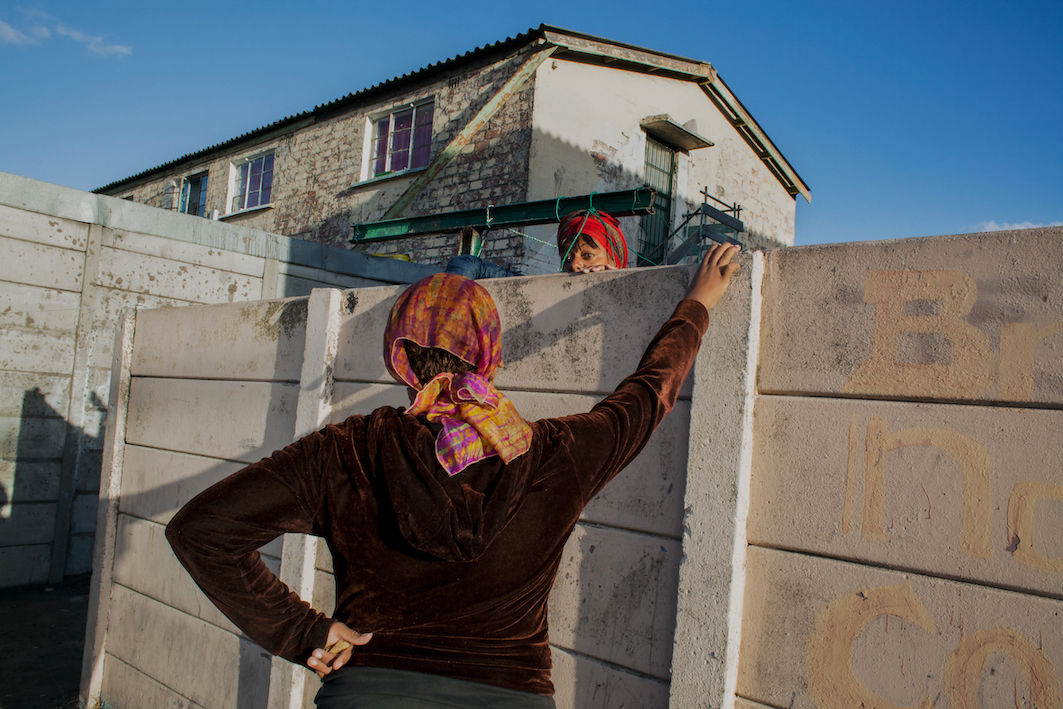 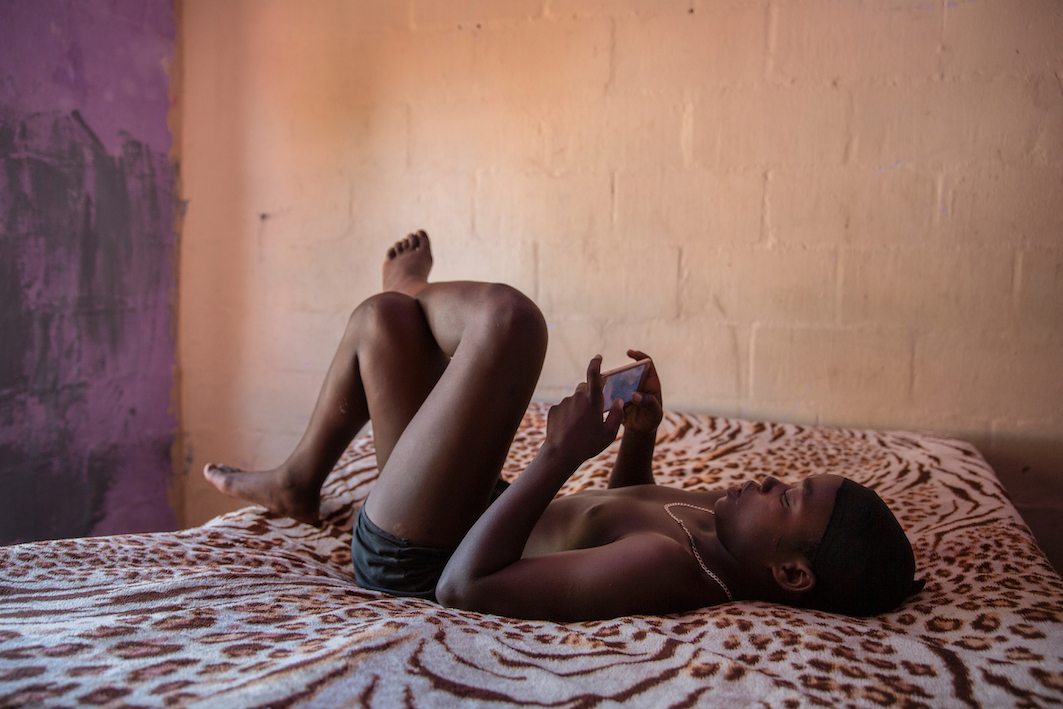 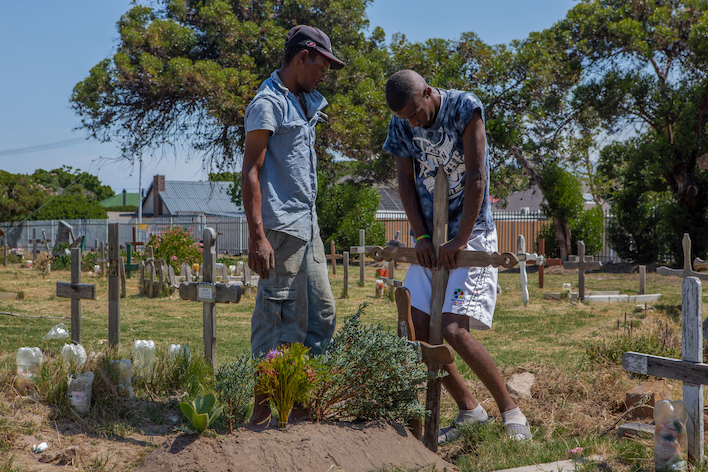 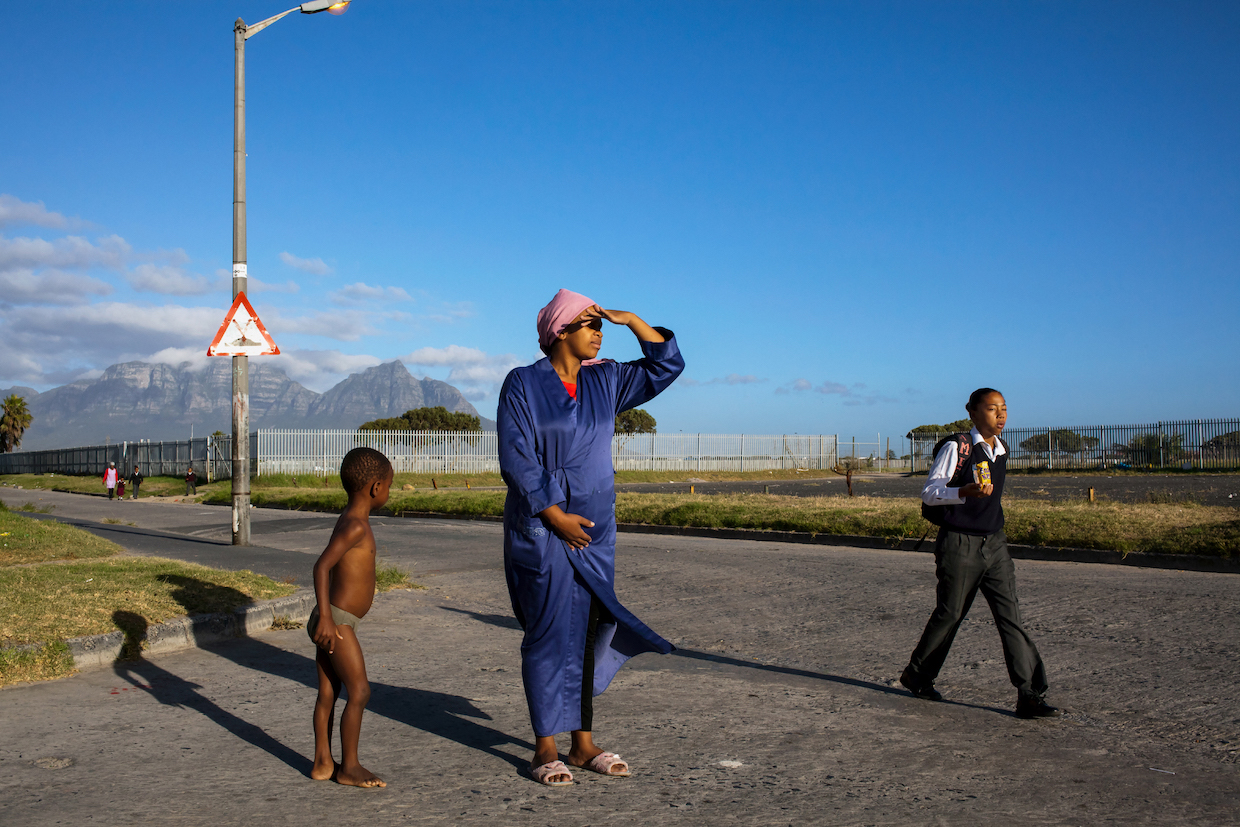 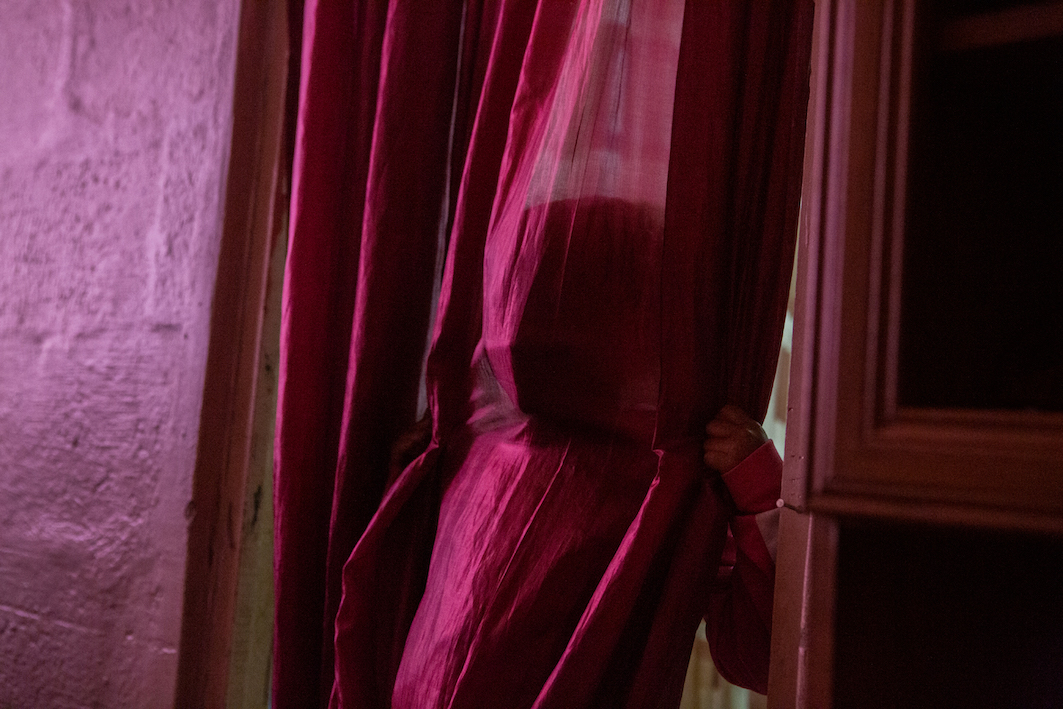 Love From Manenberg is available on Kehrer Verlag.

Linkedin
OTHER ARTICLES
Mass crustacean die-offs in the North East have led a community of fishermen to take action to save their seas.
From snake handlers to mardi-gras revellers, Tom “TBow” Bowden’s photos provide a snapshot of the wonderful and weird people who make up America.
Yohon Tatum, aka Legendary Father of the House of Tisci, reflects on nurturing a new generation of talent.
Activists and campaigners are fighting back against new laws that would seriously undermine the ability to take industrial action, calling it an attack on fundamental workers' rights.
After blocking the Scottish government’s gender recognition reform bill, Westminster is now devising further changes to the law to make it harder for trans people to self-identify.
David 'Dee' Delgado’s photo project is about honouring and uplifting the city of his youth, and a world rapidly disappearing under the relentless onslaught of gentrification.