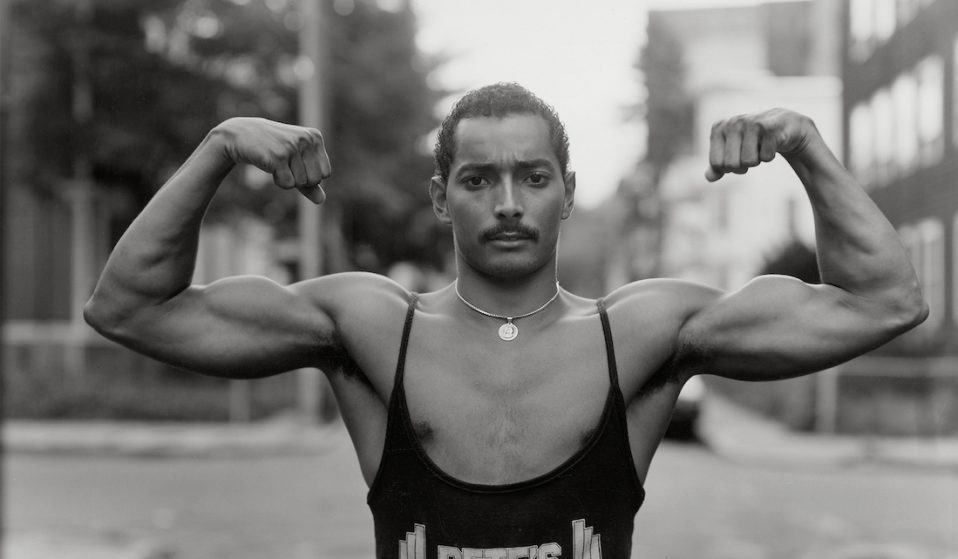 Jack Lueders-Booth reflects on capturing the community that lived and worked along the city’s busiest railway route during the 1980s.

Jack Lueders-Booth reflects on capturing the community that lived and worked along the city’s busiest railway route during the 1980s as it was scheduled for demolition.

One day in 1985, Jack Lueders-Booth was walking around southern Boston (as he did often that year), lugging around his giant view camera about the size of his torso. He was looking for someone to photograph, having been commissioned to create a photographic series documenting the community who lived around the lower part of the city’s north-to-south railway transit system – a section due to be demolished in a year’s time.

It was approaching the end of the day, and the shadows tailing from the buildings and the large, rusting overhead railway were growing taller and longer. Feeling tired, he decided that it was probably time to go home, and he started walking. But then, in the opposite direction, a silhouette of a man came into view.

The man was muscly – very muscly in fact, as the evening sunshine accentuated his figure. Lueders-Booth instantly went over and began to speak to him.

“Man, you look great! You look like you work out seriously,” he said to the man as they instantly struck up conversation. “Do you mind if I take a picture of you?” 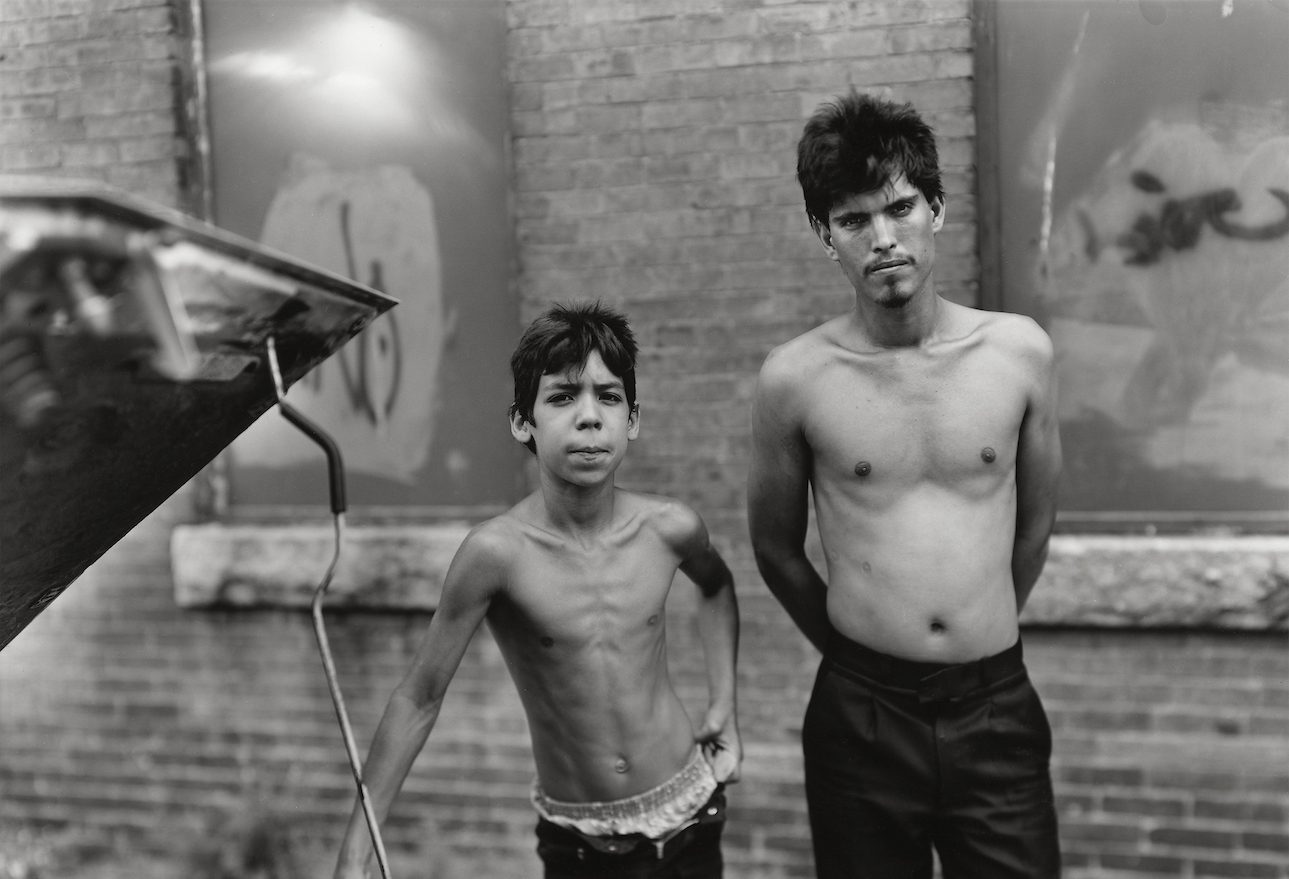 The man agreed and begun to tell Lueders-Booth his life story. He was a recovering drug addict but had been clean for several years, and his key to staying clean was going to the gym every day, lifting weights for hours on end. As Lueders-Booth set up the shot for the photograph, the man lifted both of his arms above his head and tensed his muscles.

“I think it’s a very interesting picture,” reflects Lueders-Booth. “I think it contains a kind of a contradiction, in that he’s flexing his muscles, but not with any real conviction. And in the image he is trying to project with his physique is kind of betrayed by his face – he looks vulnerable and soft.”

That picture of the man is on the front cover of Lueders-Booth’s newly-published photobook, The Orange Line, which brings together photographs from the 18 months he spent walking up and down the railway tracks making pictures of the people he met along the way. 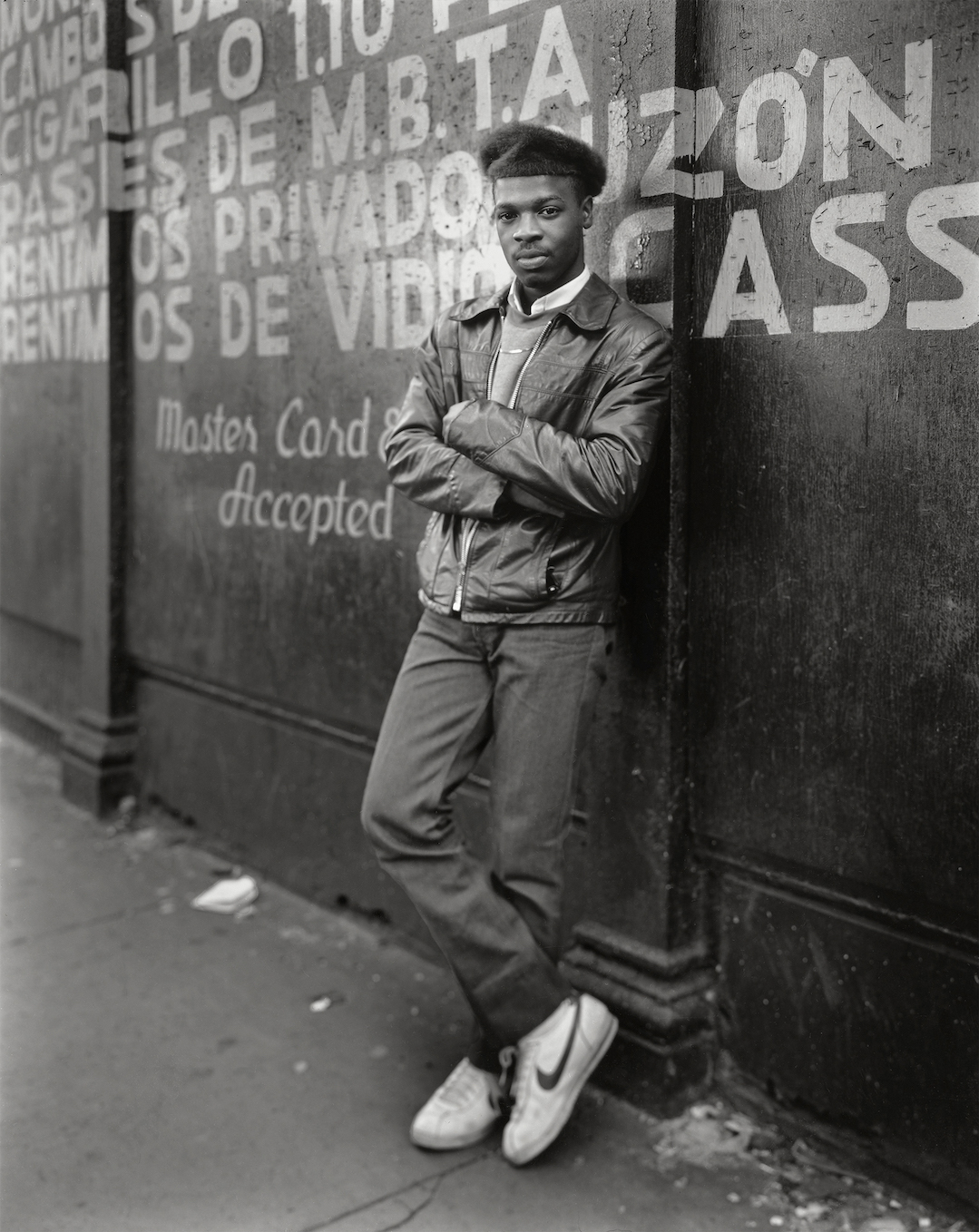 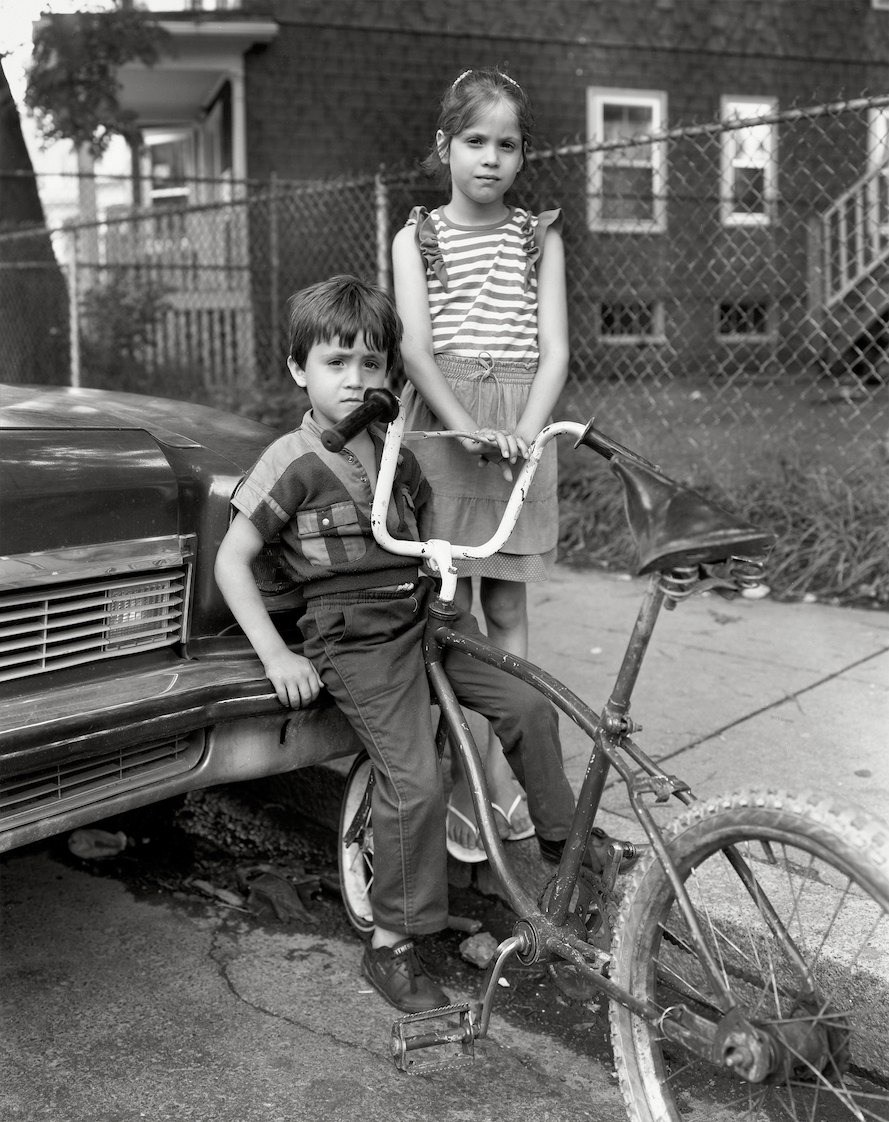 Built in 1901, the southern part of the railway tracks running from Chinatown to Forest Hills, with its giant overbearing structure and incessantly noisy, creaky trains, had become a noise-polluting eye sore. As a result, property prices in the neighbourhoods running down the line were lower than in other parts of the city and it was seen as a less desirable place to live.

“It was not a large population, but it was substantial,” says Lueders-Booth. Outside of the people who lived there, there wasn’t a lot of interest in the area. But what this meant was that there was a thriving working-class community, who often could not afford to live in other parts of Boston. With the impending demolition of the tracks, there was uncertainty about what it would mean for rental prices and their futures in the city. 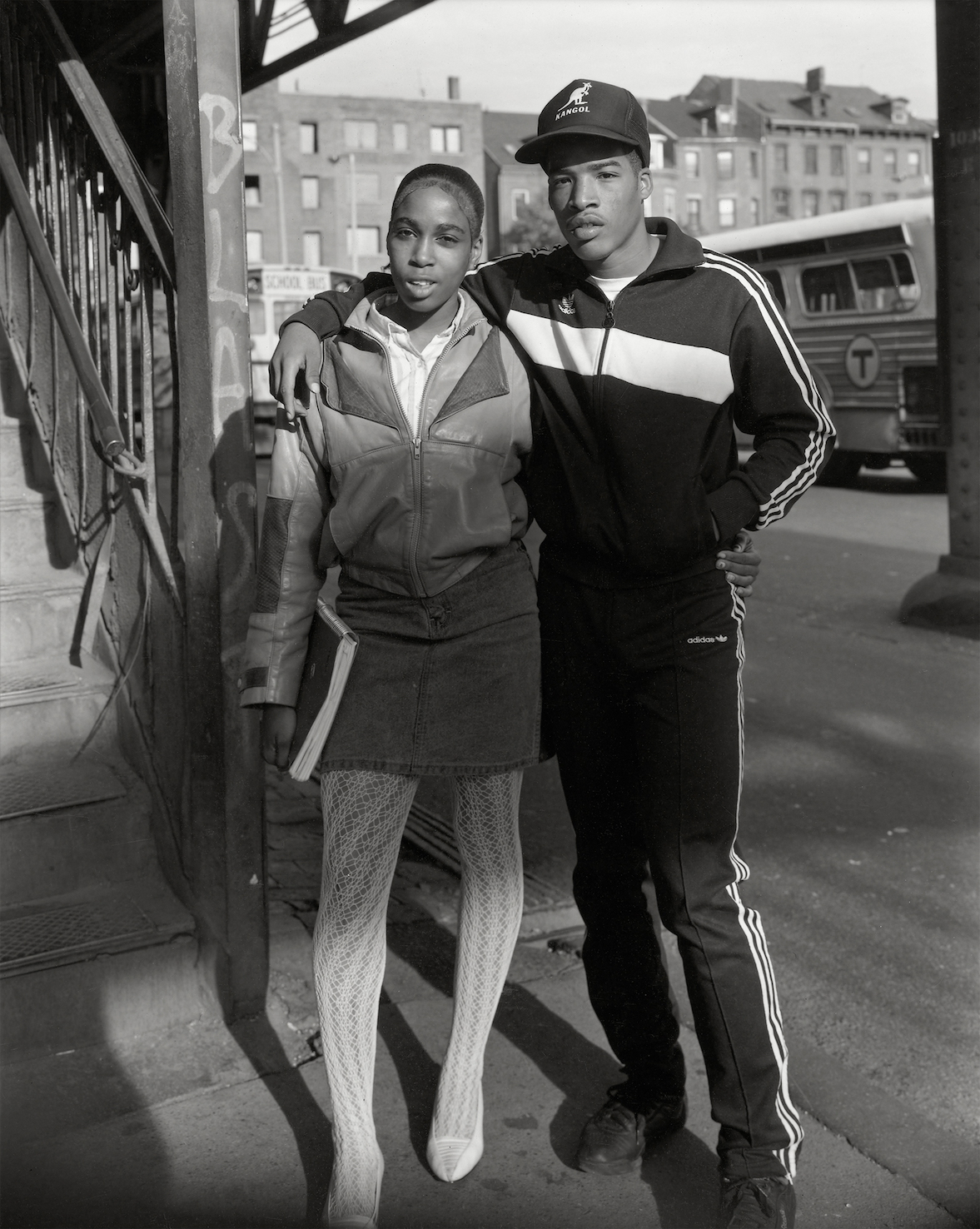 “All of the people were worried about what would happen to their neighbourhood,” says Lueders-Booth. “That was one of the problems – that those people who did consider it home would no longer be able to live there.”

His photographs are an ode to the lost neighbourhood of the four-mile stretch of tracks. Found in the shots is a diverse, multiracial community going about their daily lives. In a personal account of an often-maligned area, the beauty of the everyday is captured. The black-and-white shots show people of all ages, from children to the elderly; various ethnicities; workers, businesses and just people taking a casual stroll.

Nowadays, as many predicted at the time, the area has been gentrified. House prices rose and new businesses moved in, pricing out many of the people who had lived along the length of the railway. “It’s very commercial now,” says Lueders-Booth. “The affordable used clothing stores, junk stores and garage sales are all gone – it’s been obliterated. The clientele became a higher class.”

“I never lived there” he continues. “But the sound of the particular squeaking of the steel wheels on the worn tracks had a very special meaning to me.” 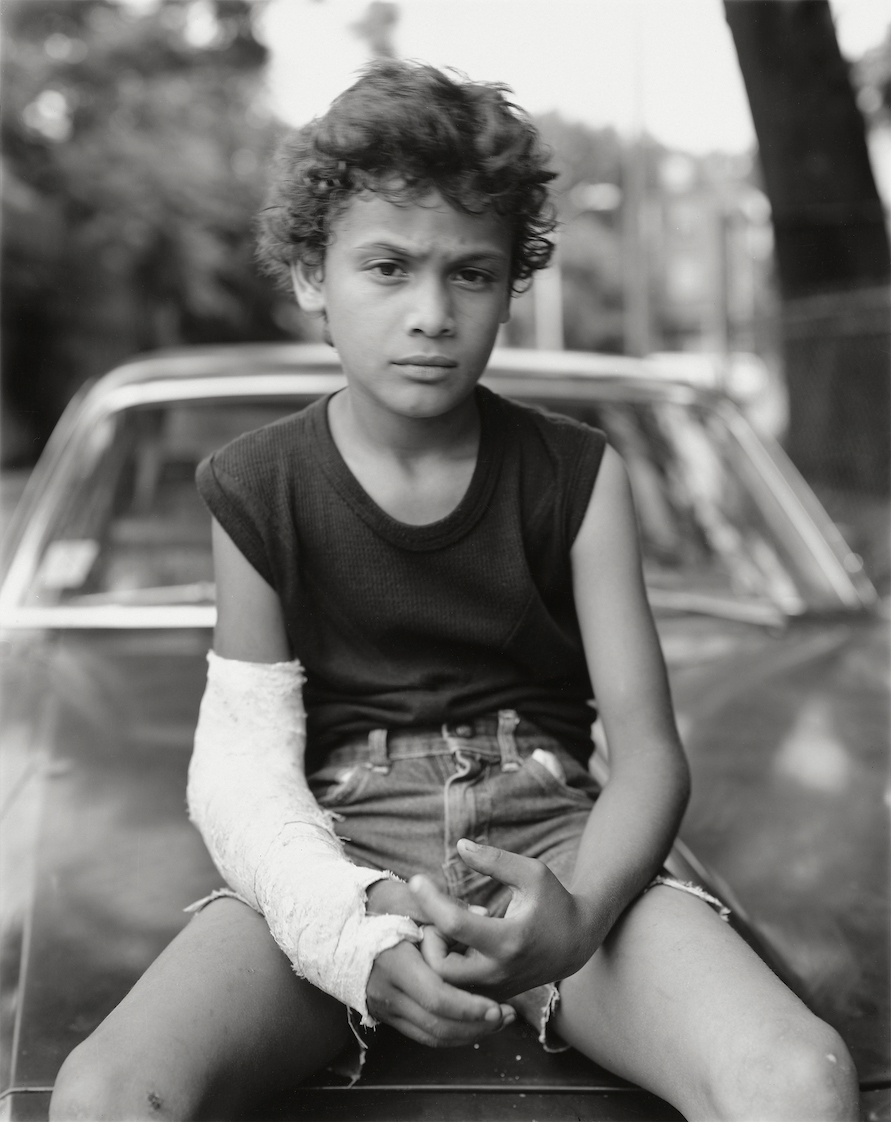 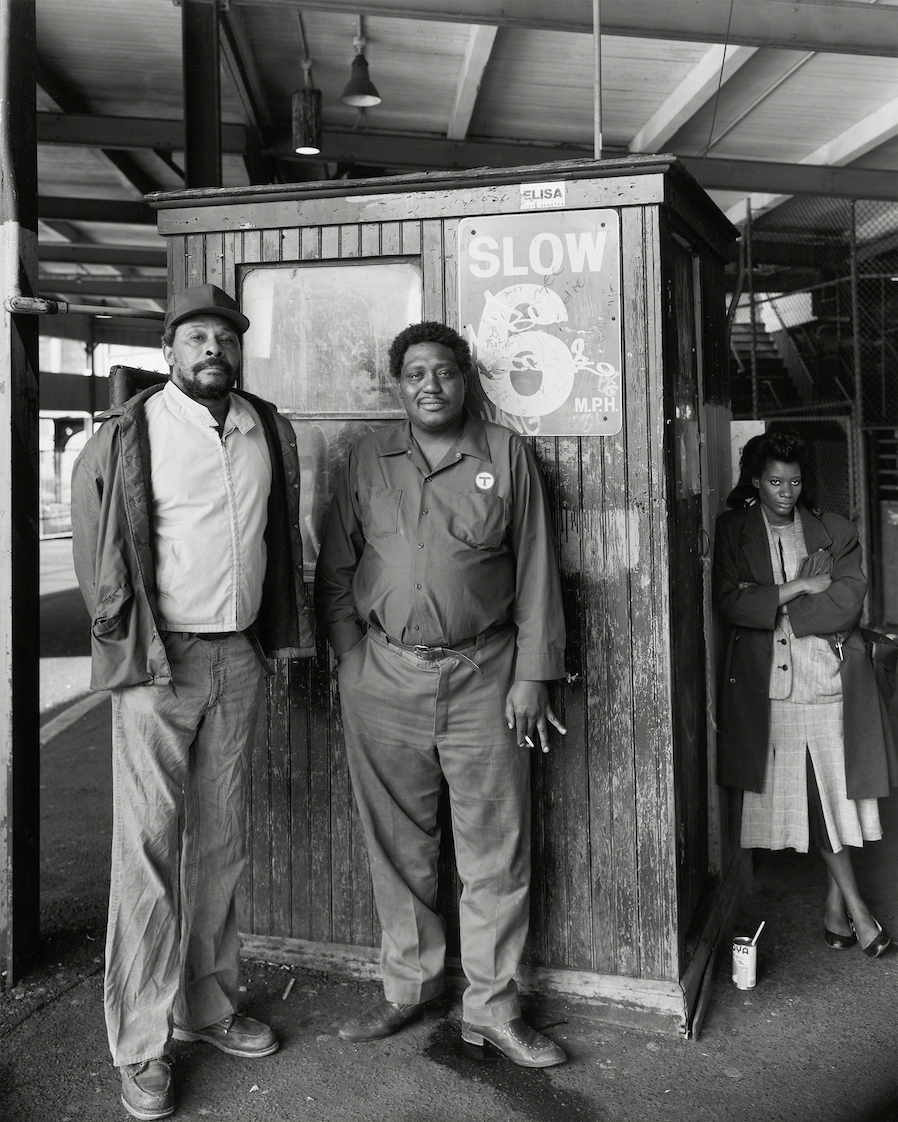 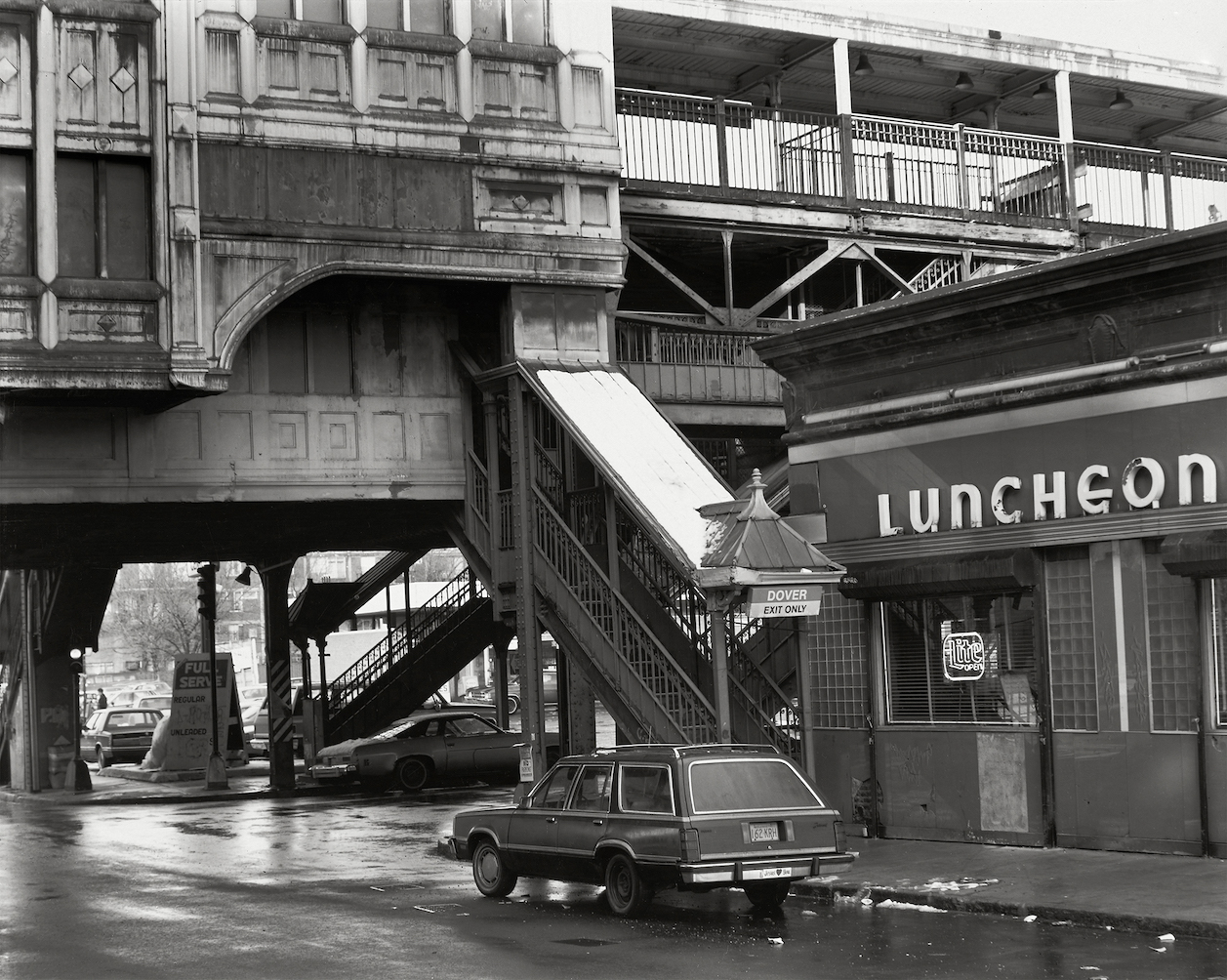 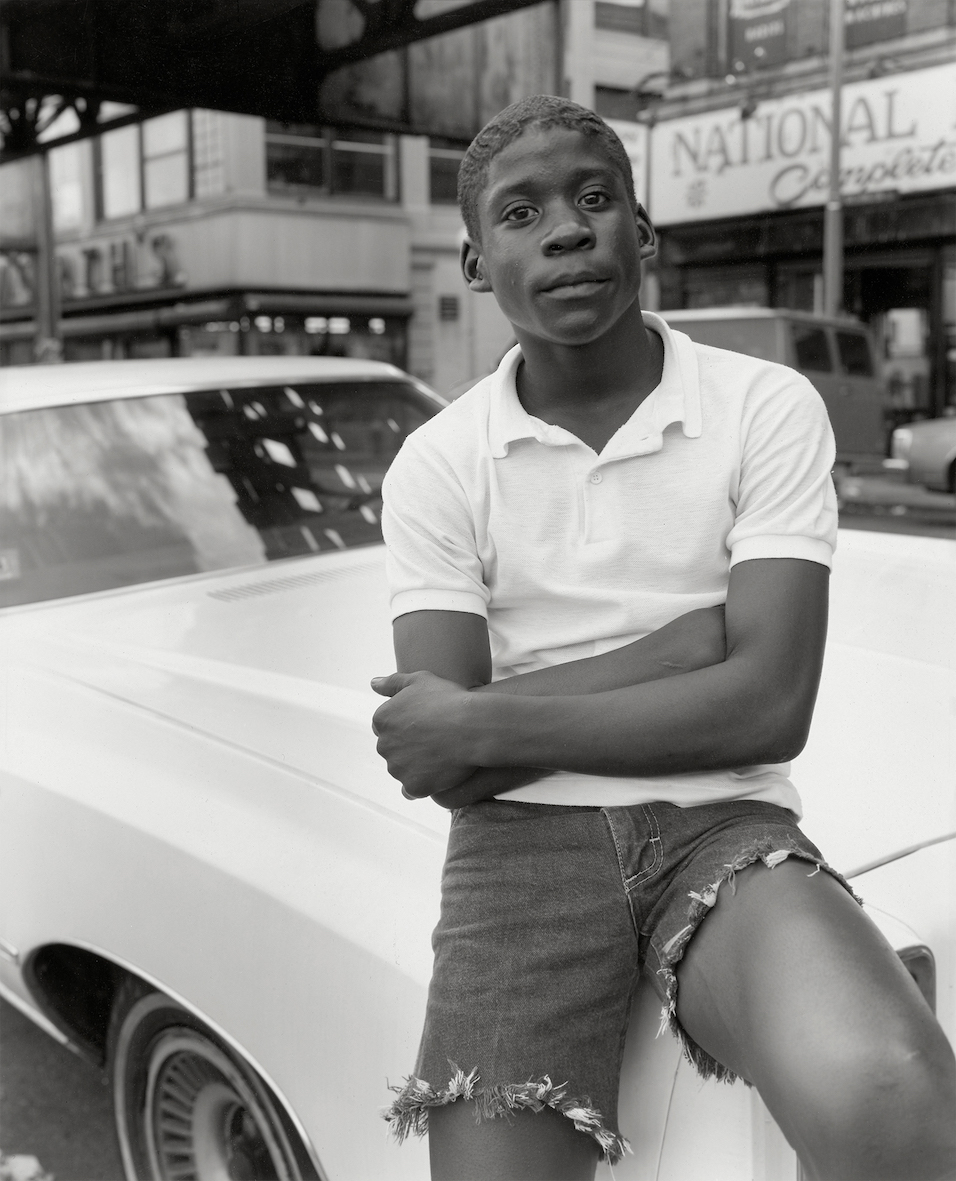 The Orange Line by Jack Lueders-Booth is published by Stanley/Barker.

Linkedin
RELATED ARTICLES
OTHER ARTICLES
Photographer Becky Tyrell went down to the fading banger and stock raceway to meet a community desperate to keep it alive.
Since 2007, Gideon Mendel has made 20 trips to document floods in 13 countries. The result is an alarming record of what has already been lost to the climate emergency.
Theo McInnes’s photos of the annual event provide an intriguing snapshot of contemporary Britain.
Tristan O’Neill’s shots of dancers caught in moments of reverie at the height of rave’s golden age are a testament to the UK’s legendary club culture.
After blocking the Scottish government’s gender recognition reform bill, Westminster is now devising further changes to the law to make it harder for trans people to self-identify.
As she gears up for the release of her first book, the 24-year-old climate activist talks standing up to authority and building a more inclusive movement.