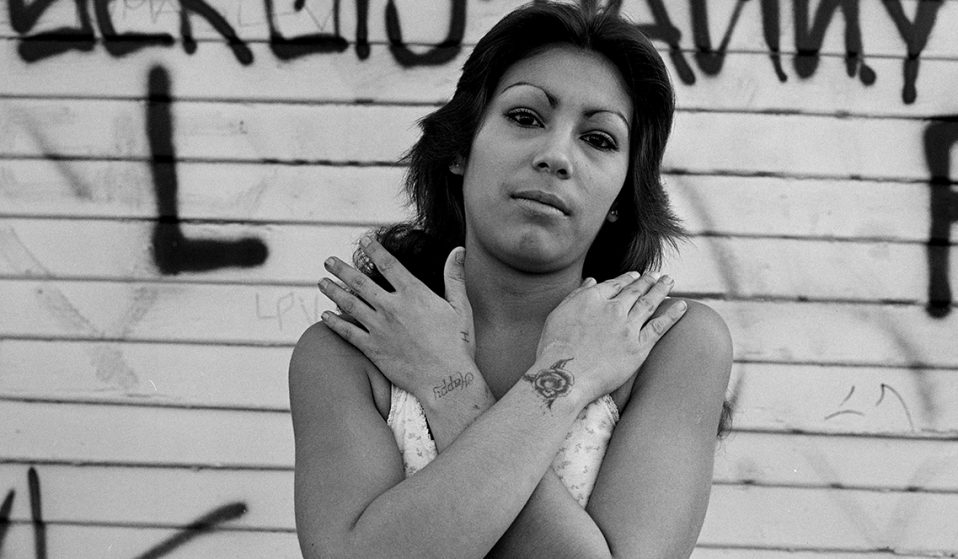 After visiting Los Angeles' Maravilla Park, photographer Janette Beckman got to know a Mexican-American gang there and set about capturing a different side to their community.

After visiting Los Angeles' Maravilla Park, photographer Janette Beckman got to know a Mexican-American gang there and set about capturing a different side to their community.

While staying at the Beverly Hills bungalow of Go-Gos manager Ginger Canzoneri during the summer of 1983, British photographer Janette Beckman read a story in LA Weekly about a gang war happening on the streets of East Los Angeles.

“The article described this culture going on half an hour drive from where I was staying,” says Beckman, who was shooting music and underground cultures for Melody Maker and The Face. “I needed to go and check it out. It described them, what they wore and I was like, ‘Where are the photos?’”

Beckman got in touch with the journalist and he brought her out to Maravilla Park, home to El Hoyo Maravilla – a Mexican-American gang that got its start in 1935. “People told me it was a dangerous neighbourhood but I just went. I am really a believer that people are basically good,” Beckman says. 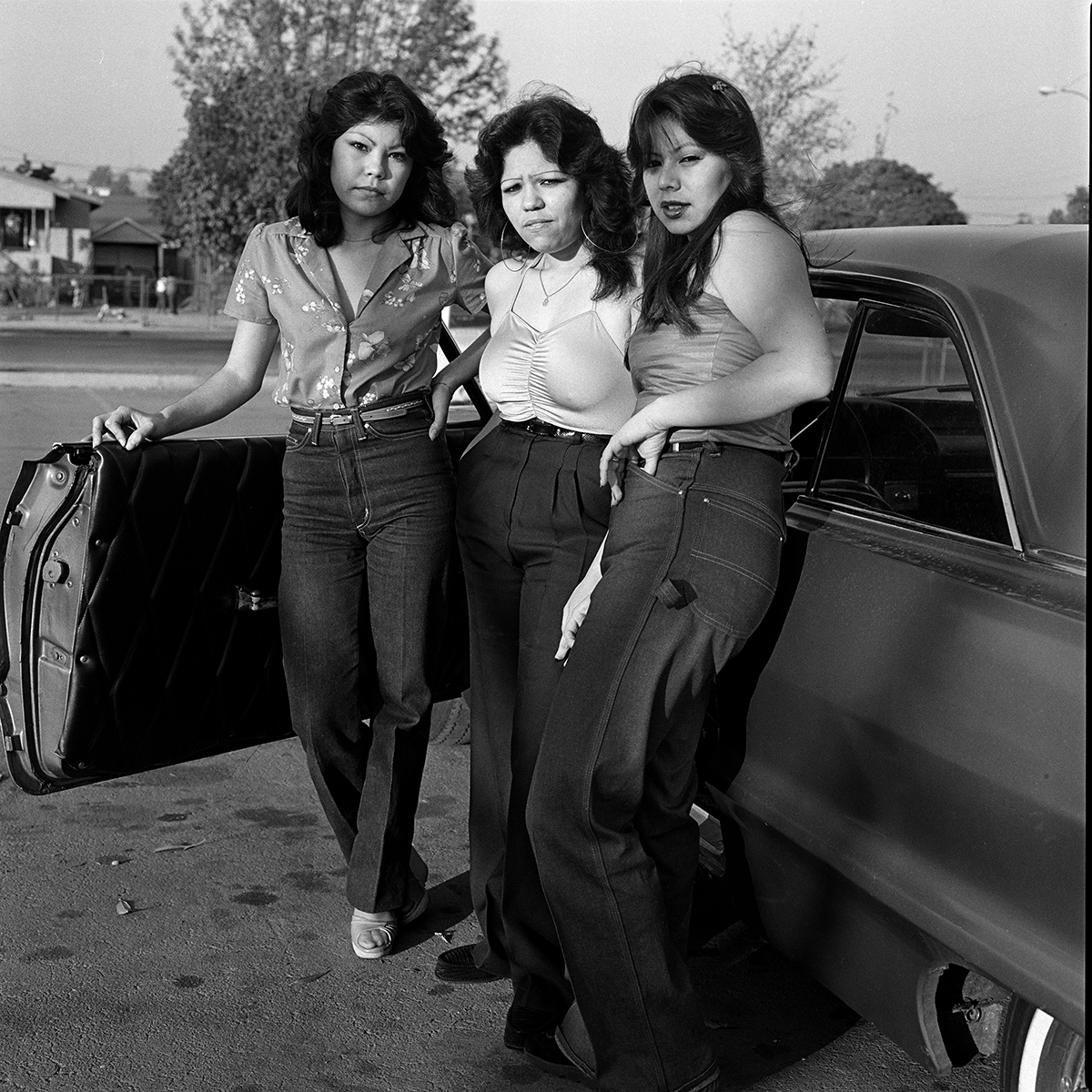 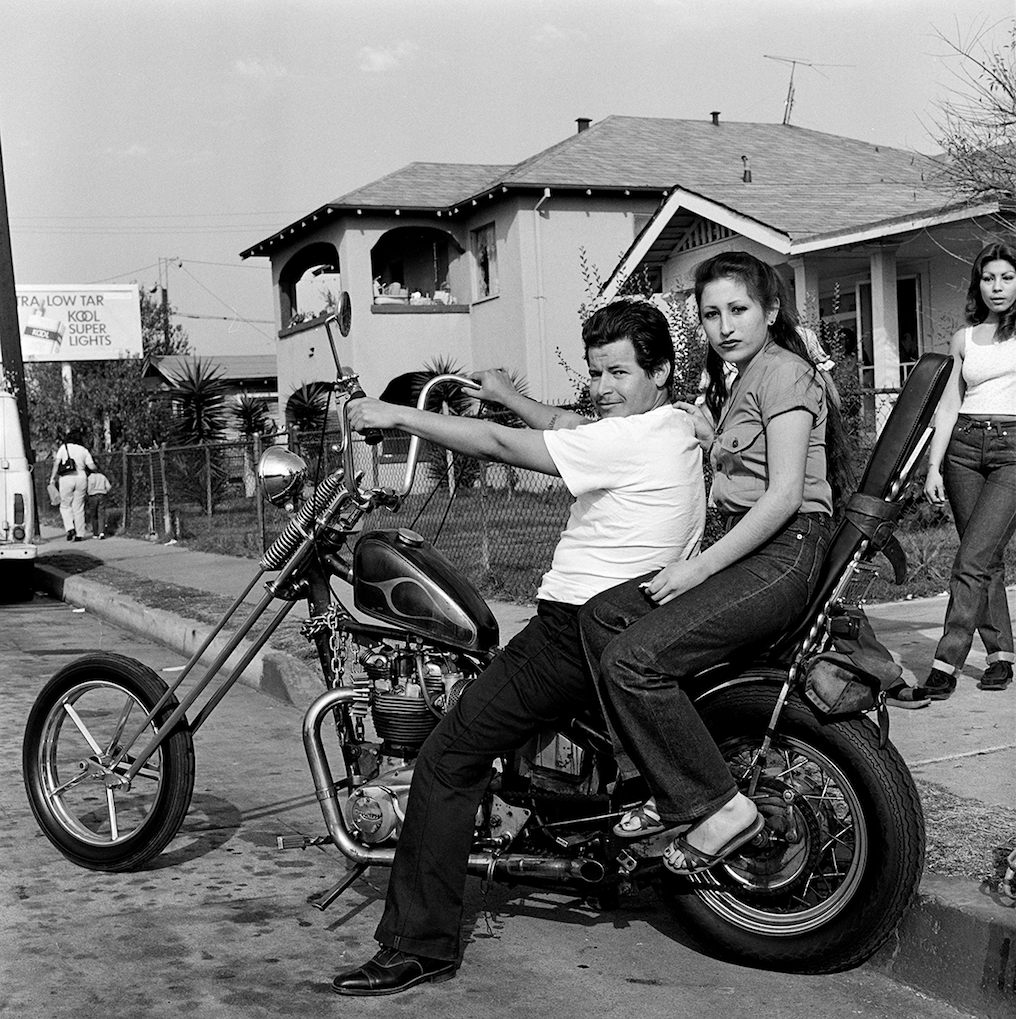 “I turned up in this dusty undeveloped park and met a few people in front of this big wall. I brought a box of my eight-times-ten inch punk prints and told them, ‘These are the gangs of London. I want to take pictures of you so I can show them to people in England.’ I had a Hasselblad and a Polaroid camera and could give them Polaroids on the spot.”

From those encounters, Beckman made a series of black and white portraits of the young men and women of the community, which have been collected in the new book, El Hoyo Maravilla (Dashwood Books).

“The helicopters were always overhead because there was trouble, but I didn’t see any of it. The worst thing that happened was I was hanging out with a few girls who were doing a little graffiti on the wall. The cops came. They rushed me into someone’s house and told me to hide in a broom closet. When it was over, we all came out and carried on taking pictures,” Beckman says. 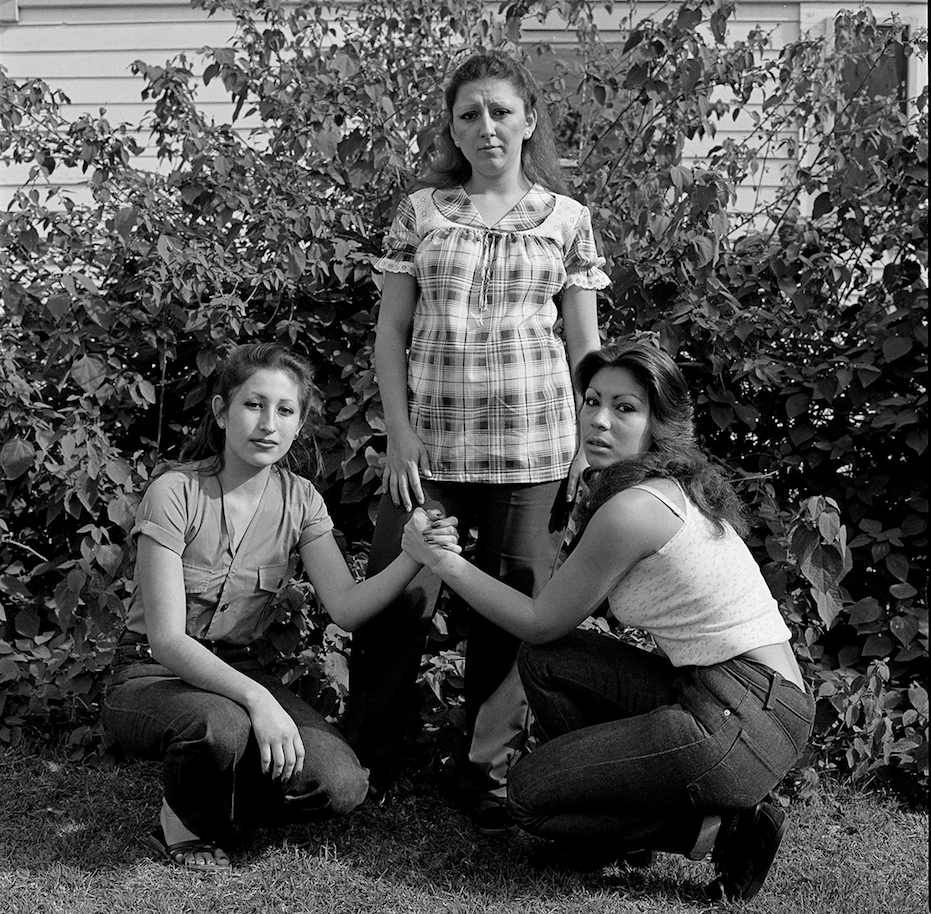 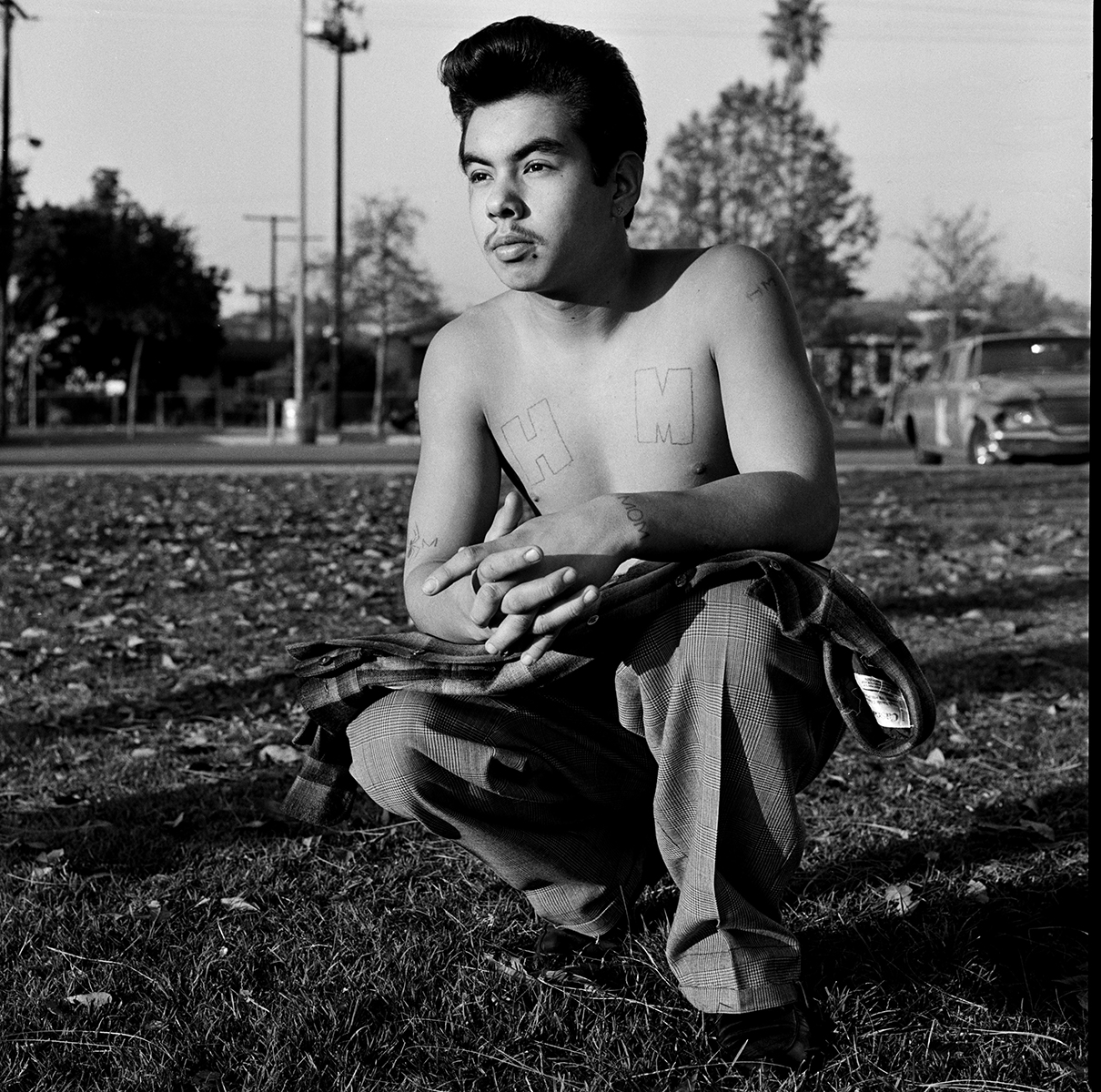 “To me, it seemed like a big family. They’re not trying to impress me with bravado. People don’t point a gun in the camera at me. I’m not that person. They’re going to go and take me to their grandmother.”

Focused on their beauty, attitude, and style, Beckman brought out a tender side of those who had to be tough to survive. In her portraits, Beckman captures a heady mix of innocence and knowing among teens whose coming of age has been marred by violence and death.

“Years later, [the three women known as] the Rivera Bad Girls told me they had heard there was some English woman was hanging out in the park. They were curious to meet me – they thought I was crazy,” Beckman remembers.

“It wasn’t until years later that I learned that there was a huge turf war going on at the time and 90 per cent of the men in these photographs are either dead or in jail,” adds Beckman. “I think that’s why people were nice to me. I wasn’t supposed to be there.” 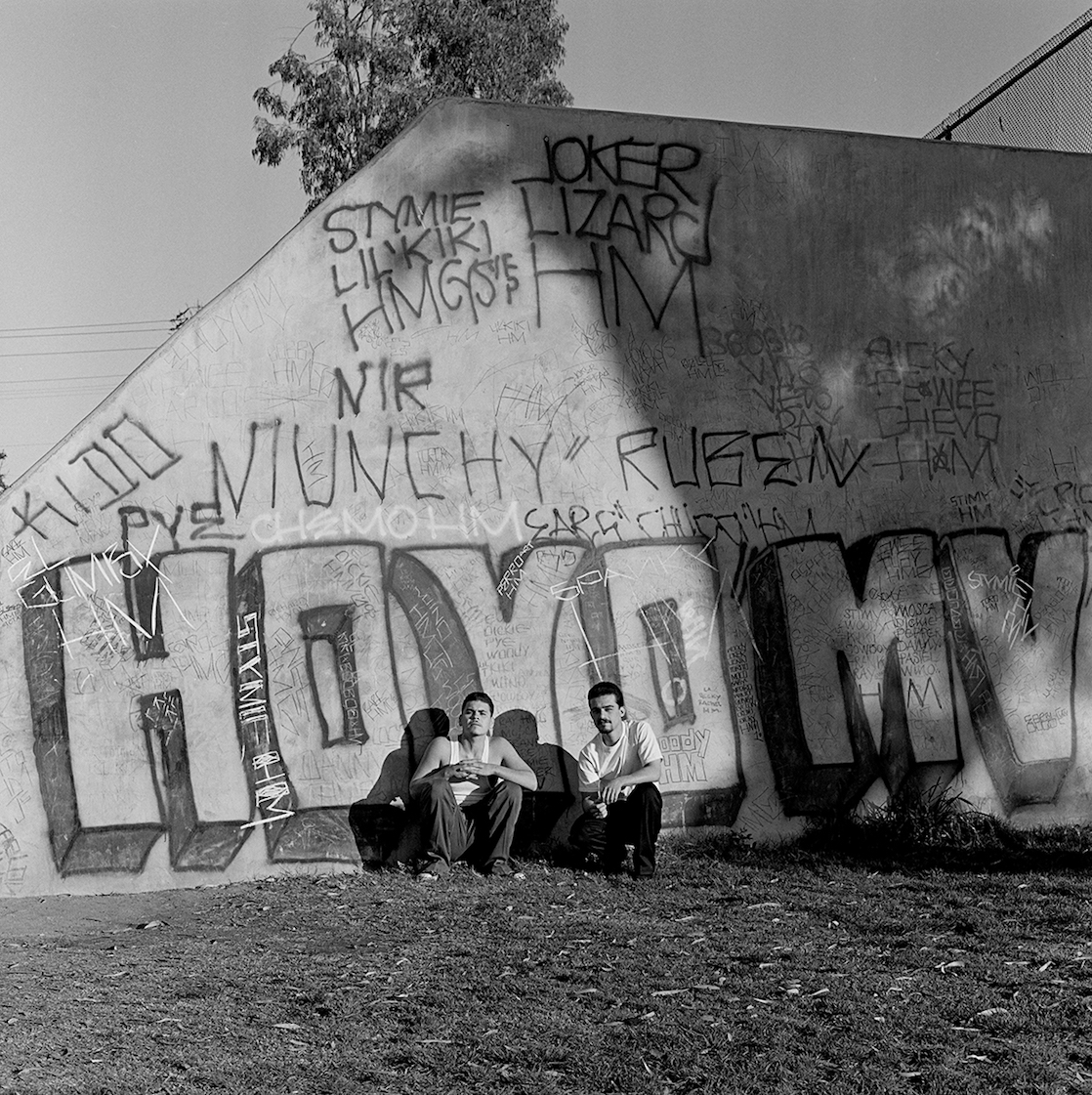 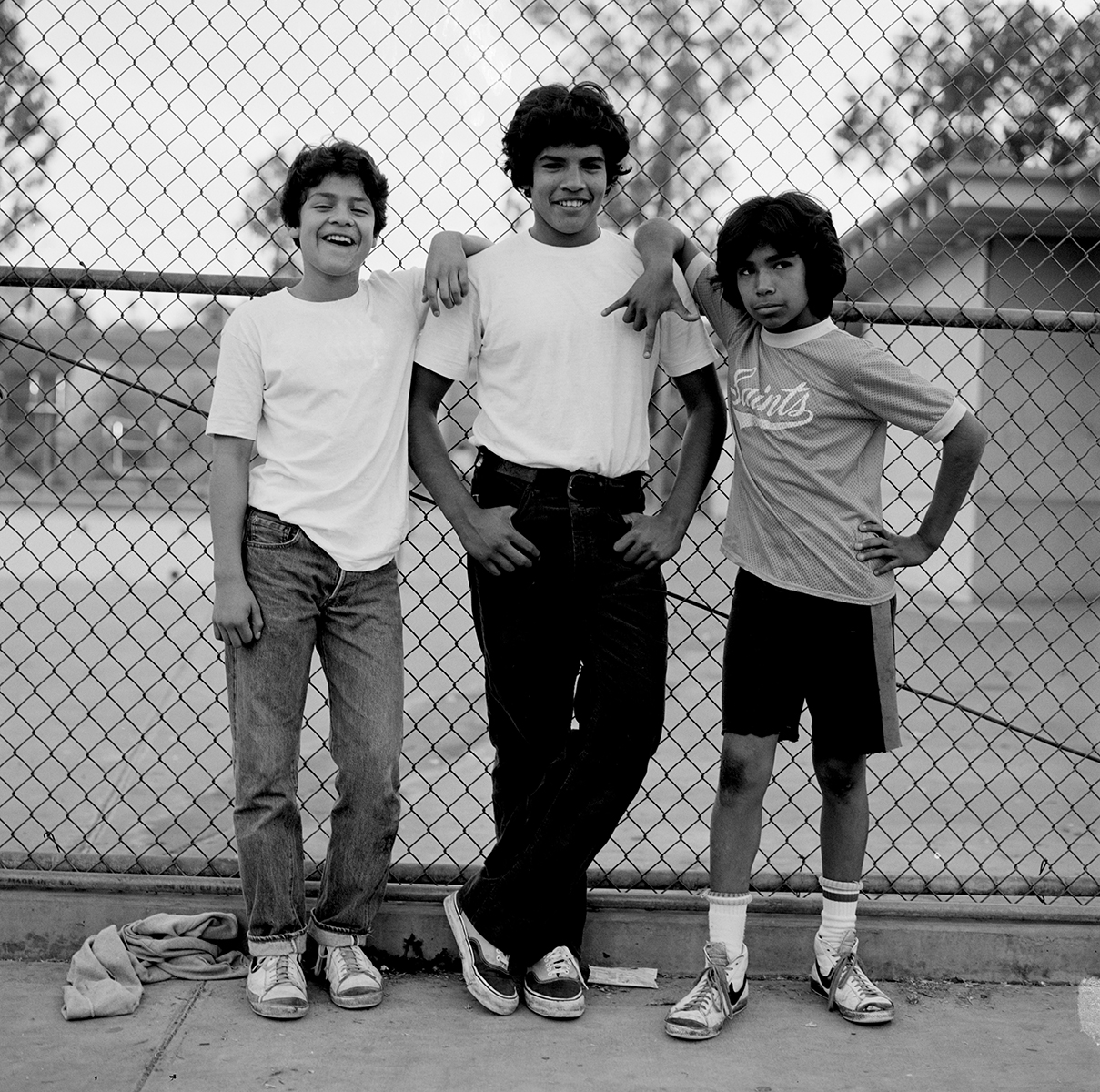 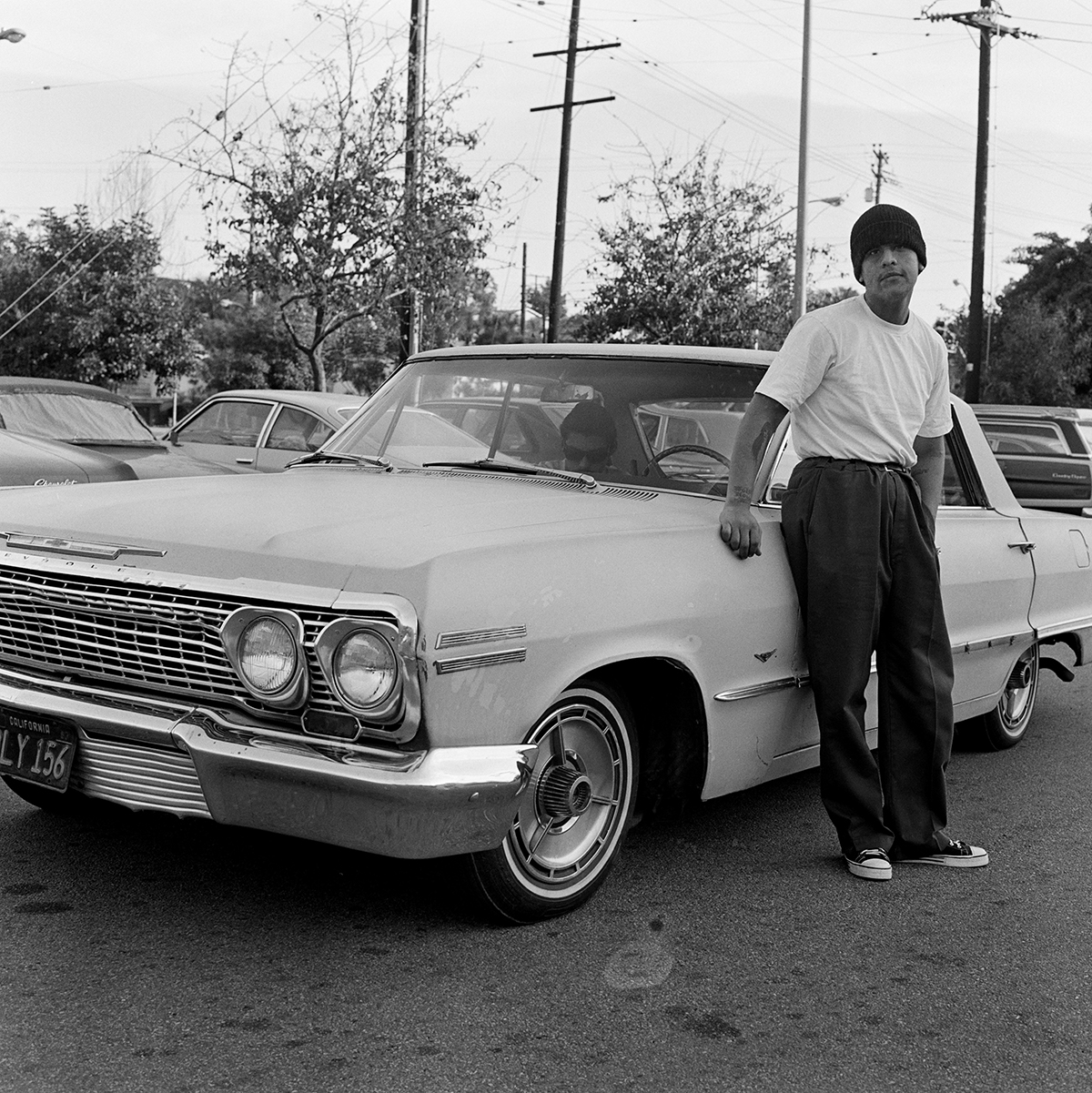 A boxed limited print edition of El Hoyo Maravilla by Janette Beckman, Dashwood Books is also available now. A signed copy of the book and matted 5×7 inch signed and numbered silver gelatin print of ‘Rivera Bad Girls’ produced in an edition of 50 comes in a custom made black card box.

Linkedin
RELATED ARTICLES
OTHER ARTICLES
Following the success of her debut novel, the Tottenham native is restating her commitment to the place that made her.
After news broke last week around an expected reversal of the 1973 landmark law that made abortion legal in the US, protestors gathered in the UK in support of American women.
Following the release of his latest album God Don’t Make Mistakes, the rapper talks horror villains, police brutality and being unafraid to show his vulnerable side.
The revered showbiz chronicler recalls his journalistic beginnings, documenting subcultural scraps in the ’80s.
From the Yakuza to a biker gang, Bruce Gilden recounts capturing Tokyo and Osaka in the ‘90s.
Shifting the focus from the cost of living crisis to tackling obesity while many starve or freeze is farcical and pointless, writes Fatzine founder Gina Tonic.