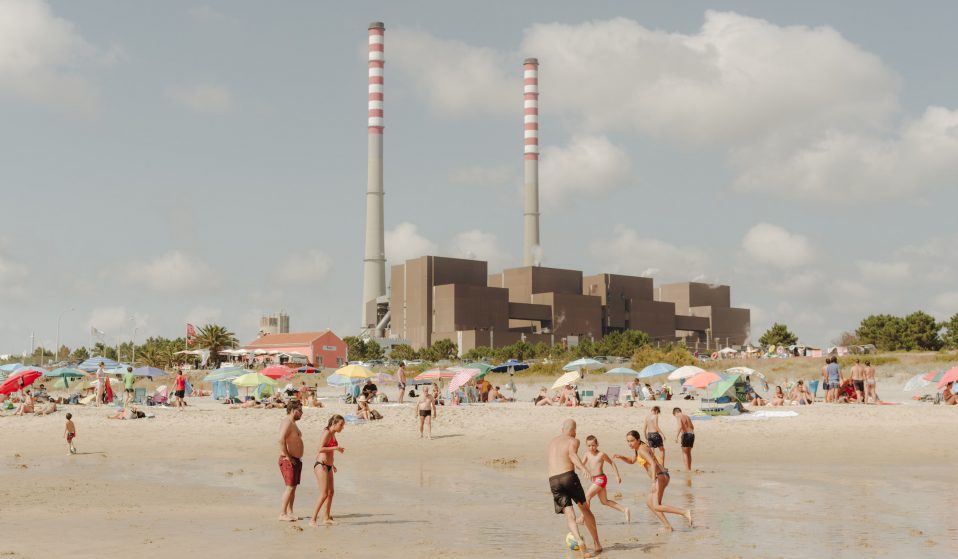 Dan Wilton has travelled across nine European countries to capture the consequences for those who live near mines and power plants.

Dan Wilton has travelled across nine European countries capturing the scars on the environment and the consequences for those who live near mines and coal power plants.

Beneath a pastel blue sky, Sines Power Plant sits starkly brown and angular. In front of it, pink, green, yellow and blue parasols line the beach, and a family kicks a football in the wet sand.

The coal-fired power plant in Alentejo, Portugal, was retired in January 2021, but is captured with smoke still emitting from its chimneys in an image from 2019 by British photographer Dan Wilton. 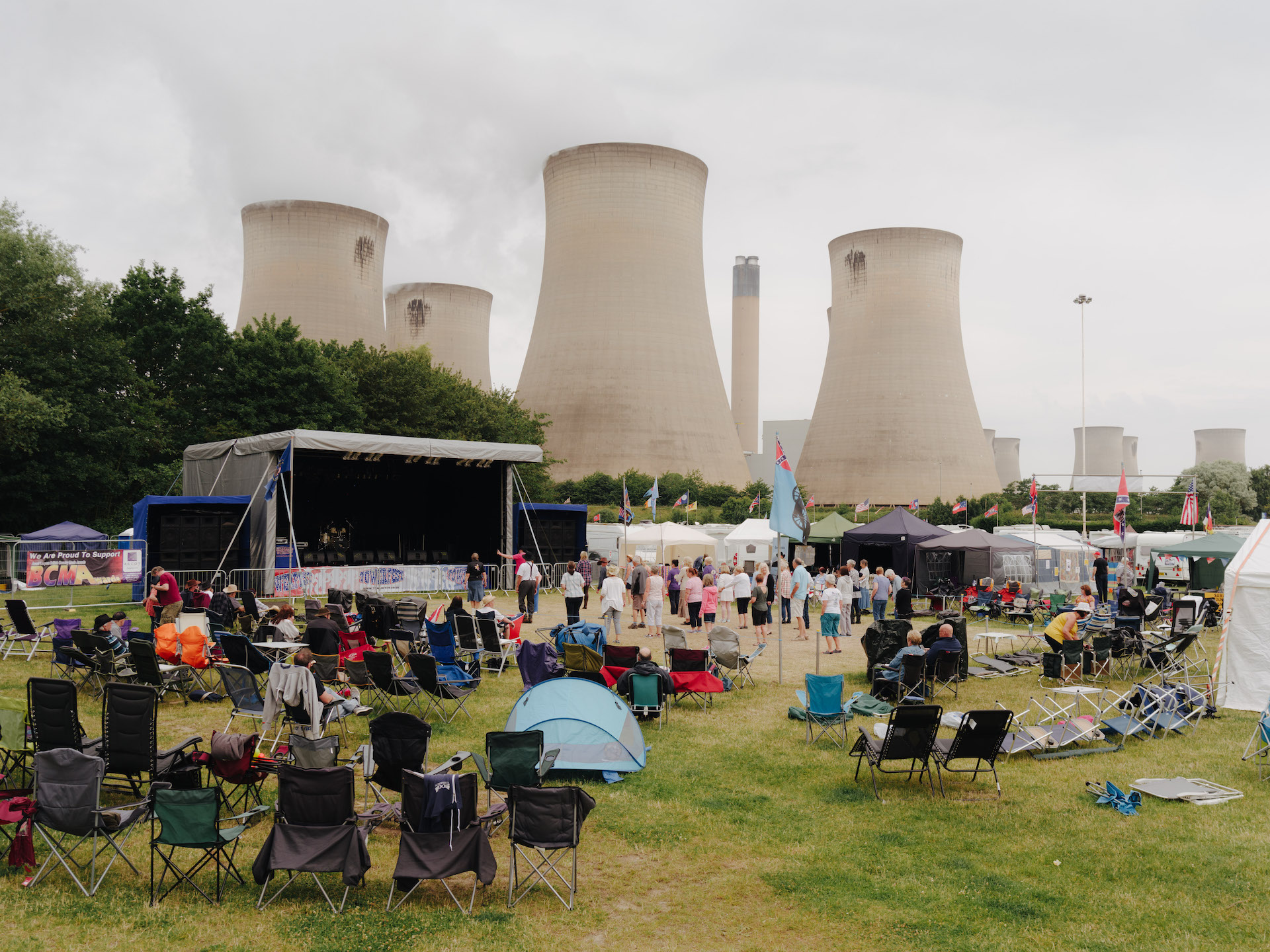 In his exhibition, The Very Fire They Sit Beside, which was on show at the Huxley-Parlour Gallery in London earlier this month, Wilton documents the impact Europe’s coal industry has on the people that live and work near it as the continent prepares to phase out coal.

“Photography has that power to tell a story and leave people to want to know more, which is what I wanted from the pictures,” Wilton says. “The people playing on the beach in front of the coal mine is totally surreal, so hopefully it draws people in.” 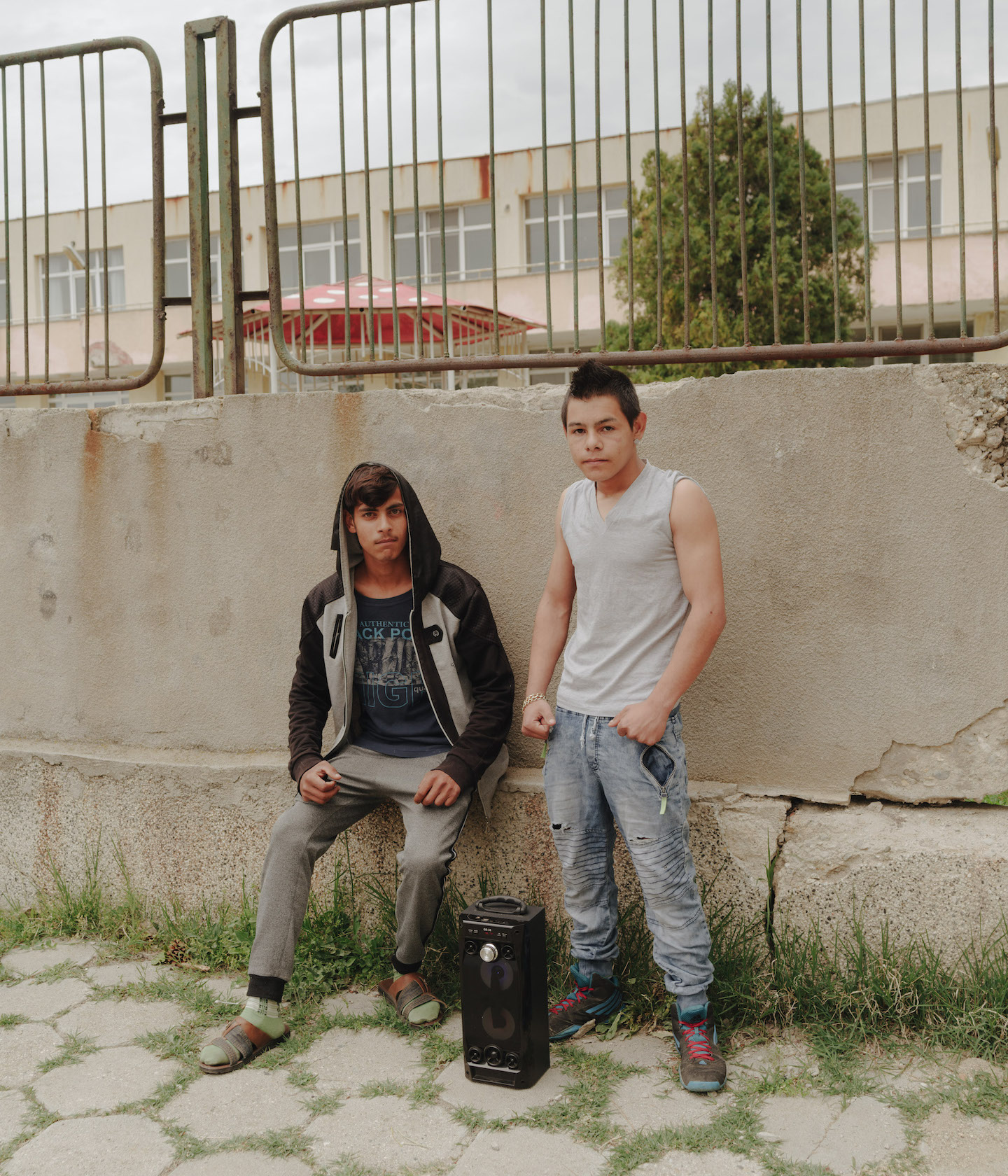 Wilton’s photographs are delicately crafted to look both composed and natural in characteristic muted tones and pastel palettes. He refrains from depicting industrial anomalies that spoil natural landscapes and instead hones in on the ordinary lives of the people who live and work in coal.

The exhibition, delivered in collaboration with environmental law charity ClientEarth, comprised a mixture of intimate portraits of miners and profound landscapes from across Europe. 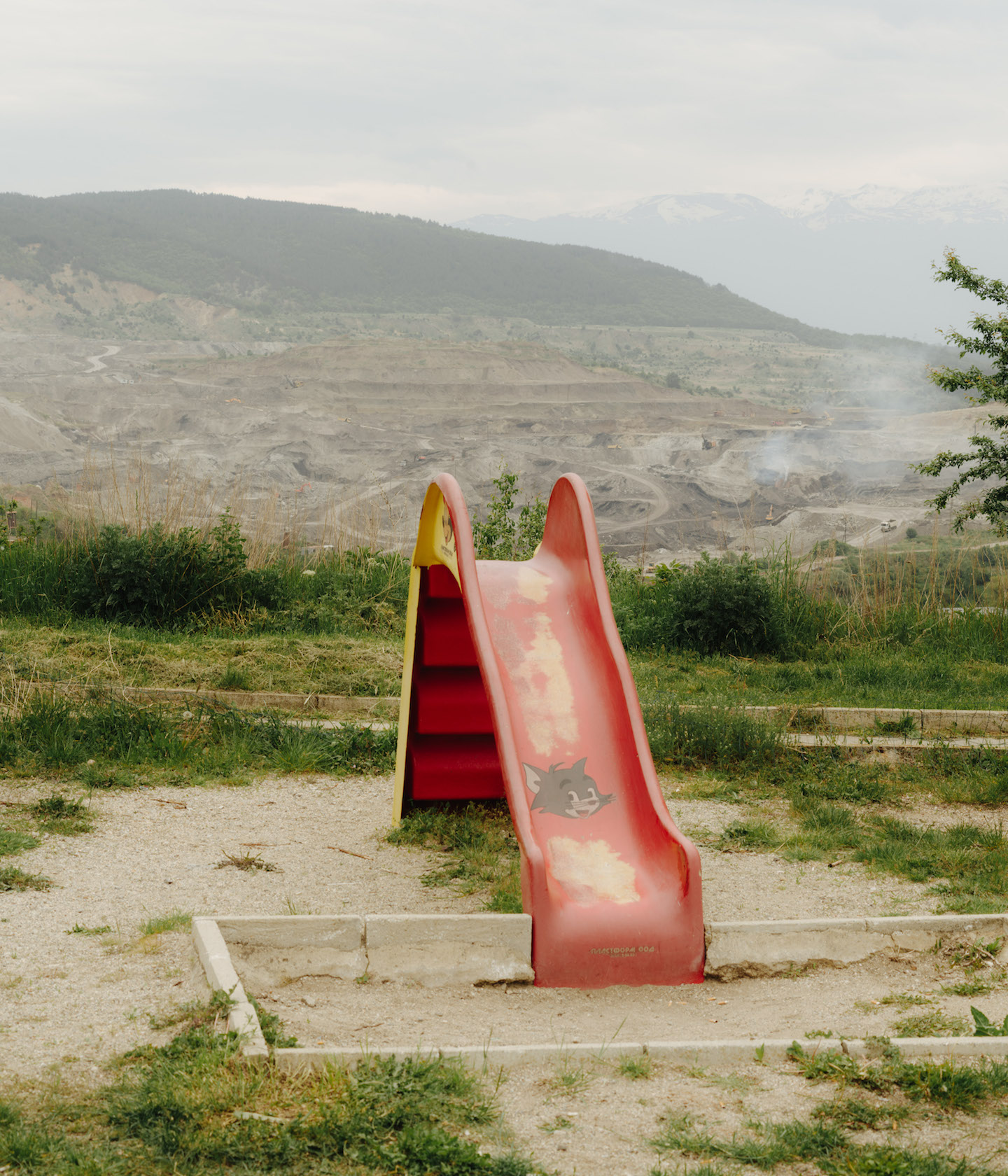 In one image, a man stands sombrely dressed in a traditional Polish miner’s costume in his kitchen, his feathered panache mimicked by a stack of ironware lids on the wall next to him. In another, faded red and grey chimneys emerge from the horizon to mock pink and blue story-book houses nestled in the wilderness.

“There’s a very common visual palette that’s used to describe these problems and I think people have seen it so many times; it doesn’t have that much impact. I was keen to make it look beautiful and I didn’t want to make it too obvious,” Wilton says. The images are intriguing, offering snapshots of individual lives complicated by their reliance on an industry associated with respiratory illnesses and high levels of carbon emissions. 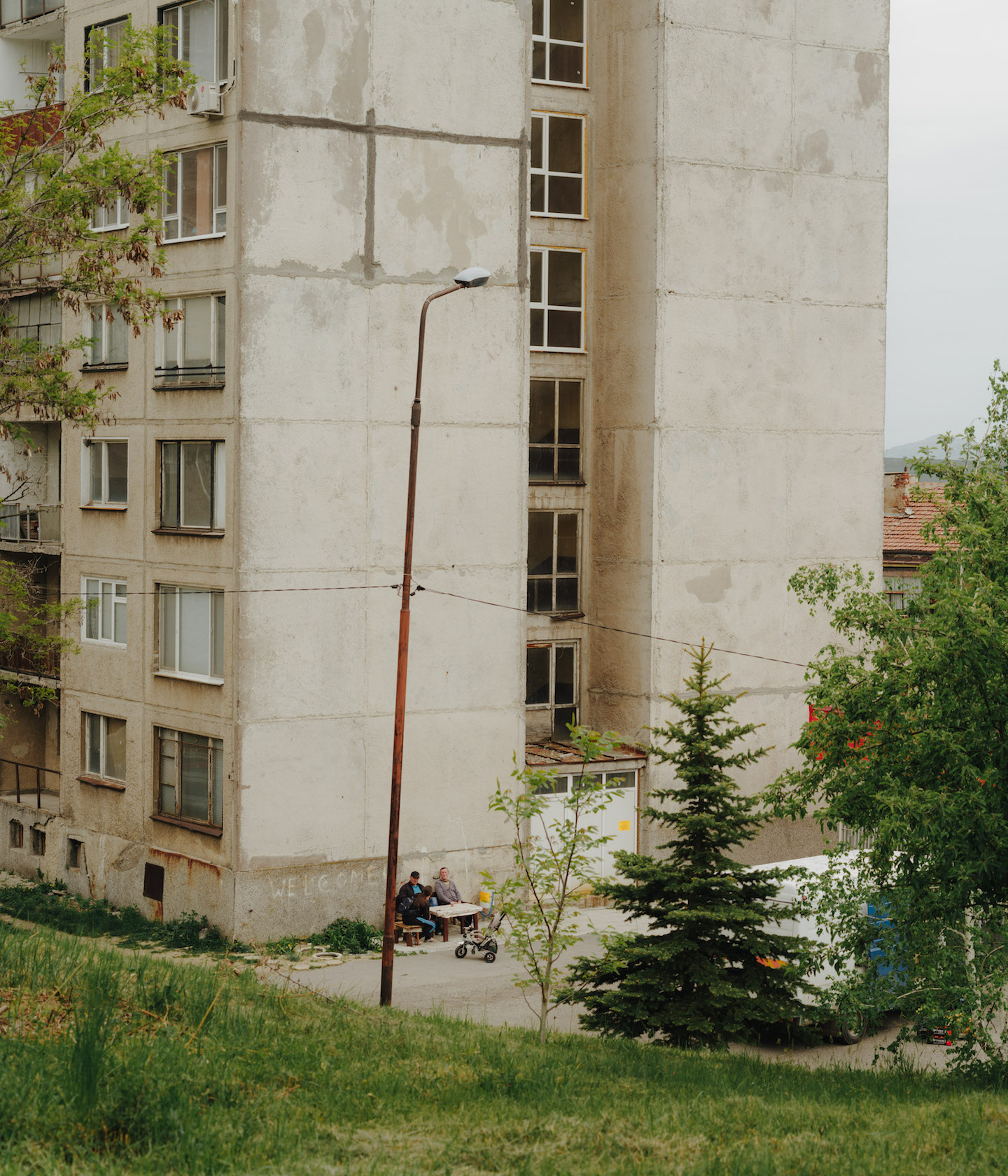 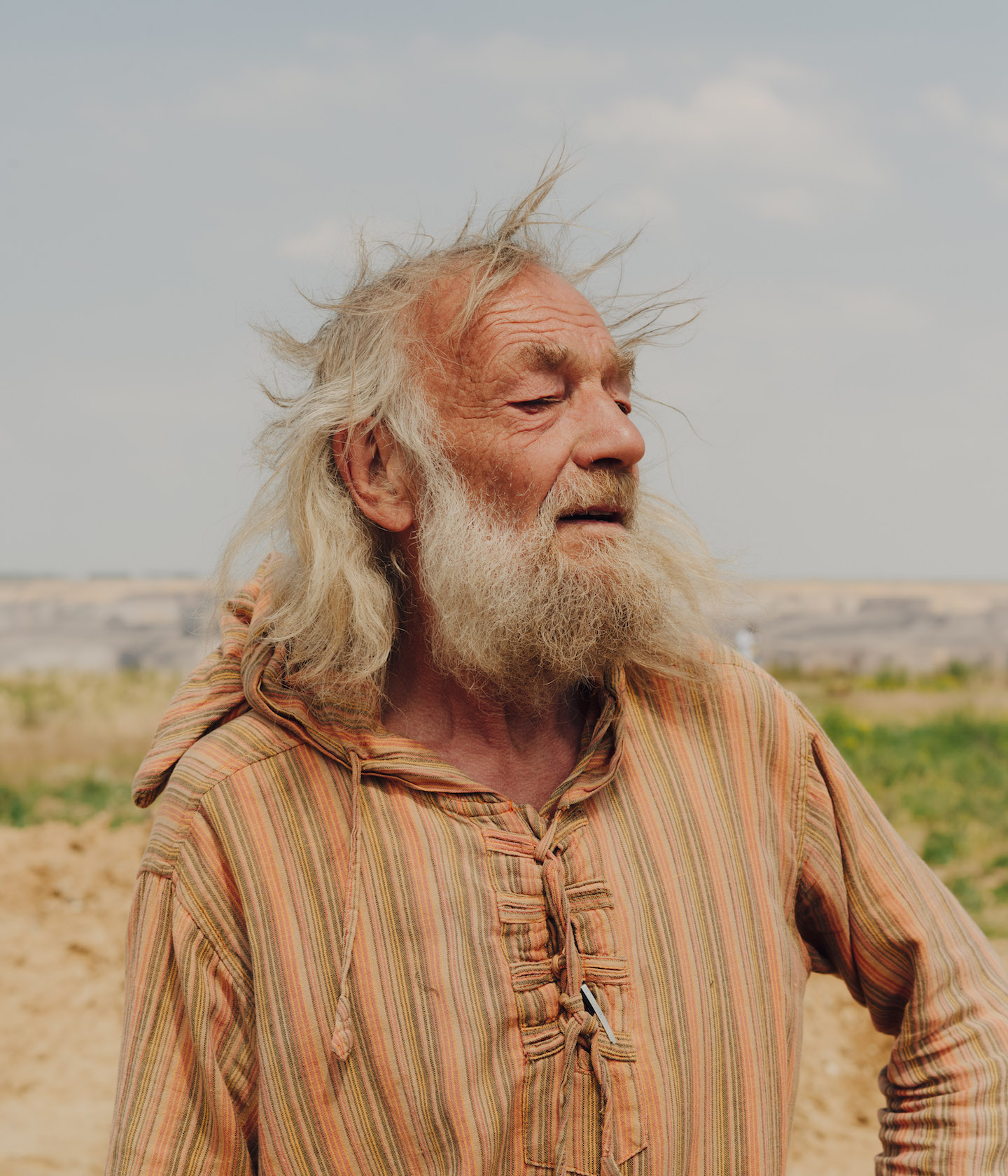 It’s an industry that much of the world is preparing to abate. More than 40 countries pledged to phase out coal-fired power during the 26th United Nations Climate Conference in November, as efforts to end the use of fossil fuels accelerated ahead of the 2050 Paris agreement deadline.

“There’s this fight to transition from coal to green energy, but that’s a difficult thing to do when you’re in these areas where people rely on it for their income,” Wilton says.

In Bobov Dol, a region of Bulgaria known for its coal mines and thermal power plant, he says some of the locals were particularly protective of the industry. On his first day, Wilton was lured by a local woman onto the private property of the mine and accosted by security guards, who seized his camera before letting him go. “They were trying to scare us,” he says. “They’re really reliant on the mine for their income around there, so they don’t want people like me coming in and closing it.” 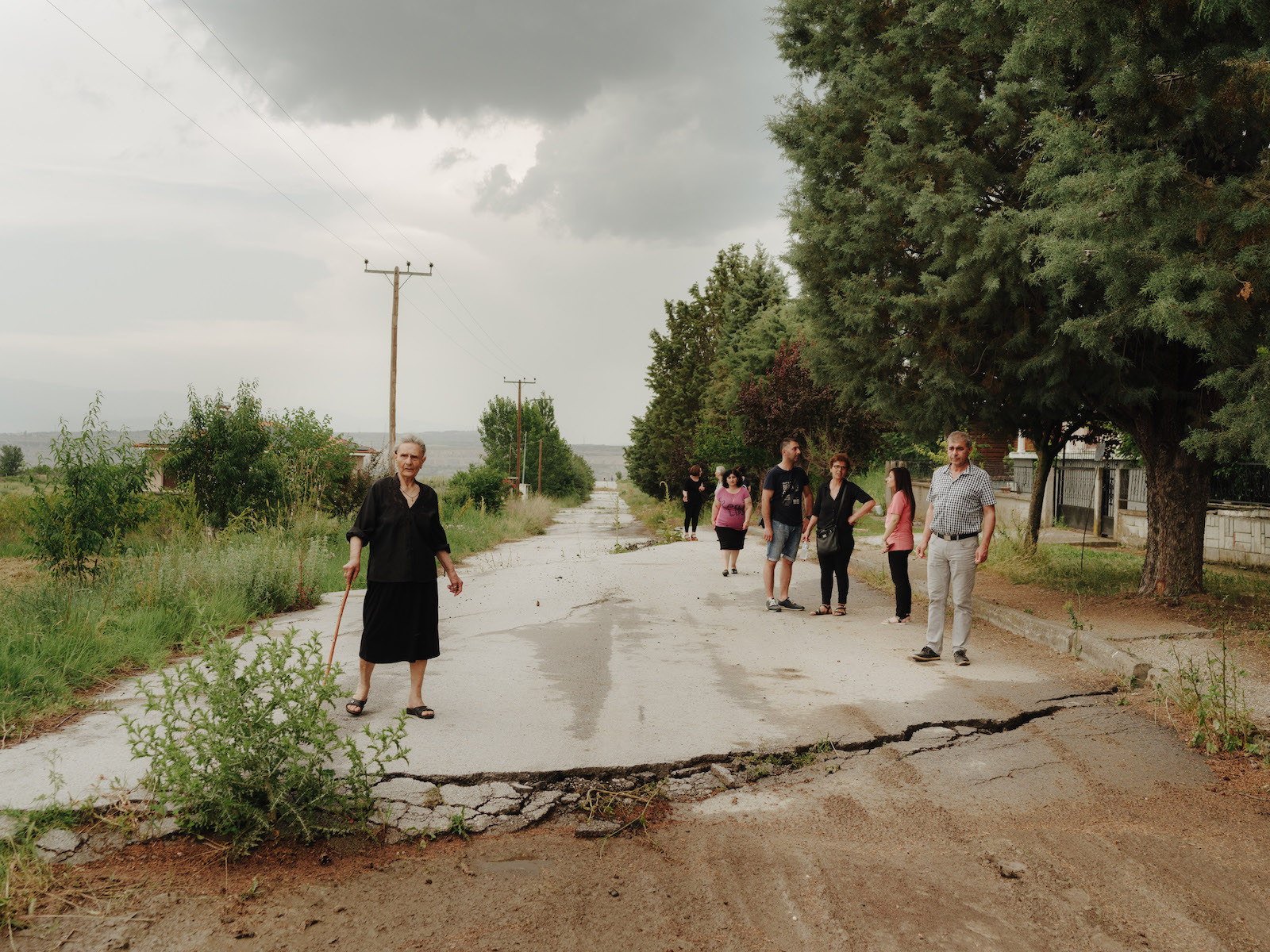 The Road to the Mine, Anargyroi, Northern Greece, 2019 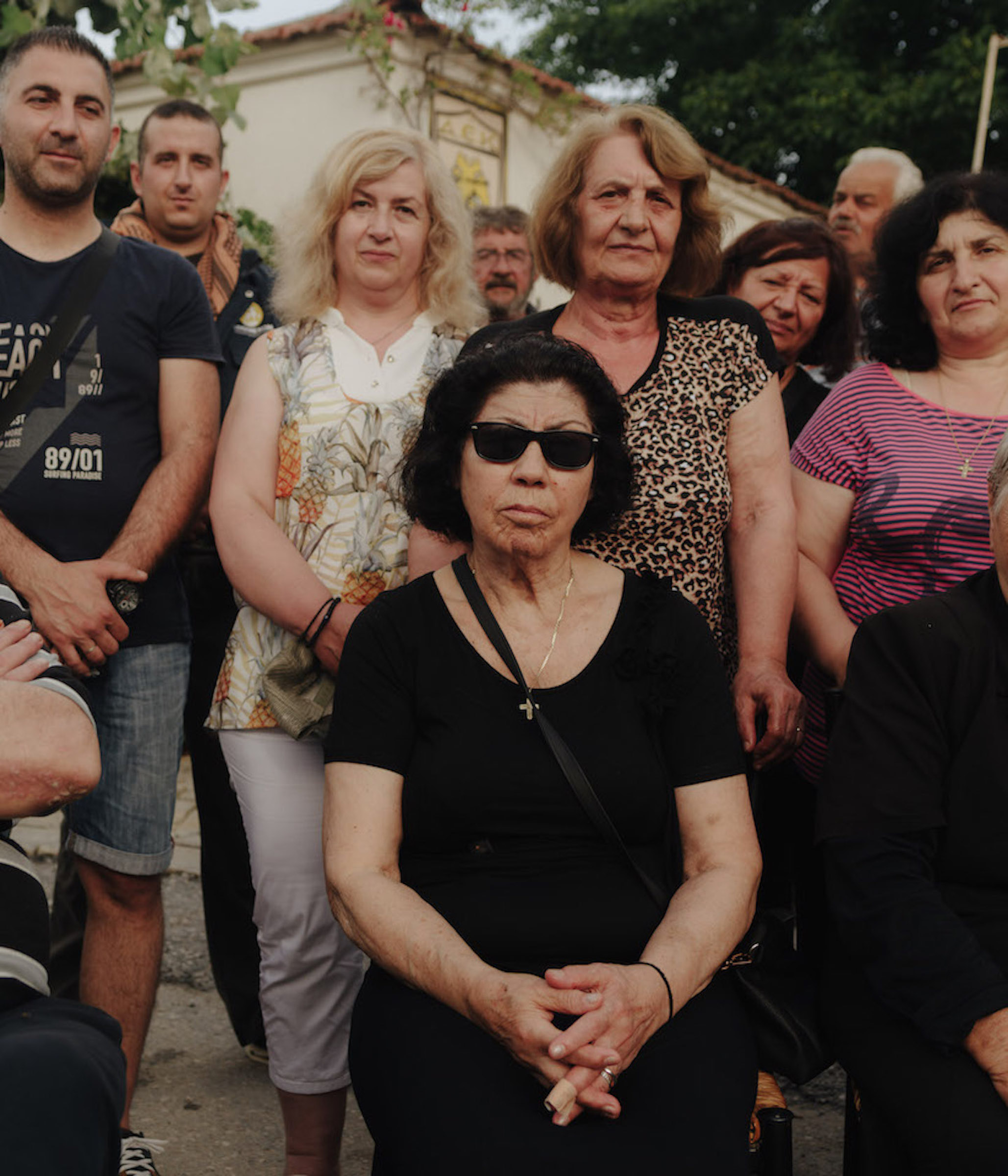 It is difficult, too, for communities to move away from the dying industry, as house prices are devalued. “That’s the problem with trying to find a just transition, you need to replace the industry with something else,” Wilton adds.

Many of the places Wilton first shot in 2019 have since begun the transition to a fossil-free future. Portugal phased out its last remaining coal plant in November 2021, becoming the fourth country in Europe to stop burning coal. In the same month, Germany’s new coalition government agreed to accelerate the country’s phase-out goal from its tardy 2038 target, announcing it would “ideally” abate the fossil fuel by 2030. 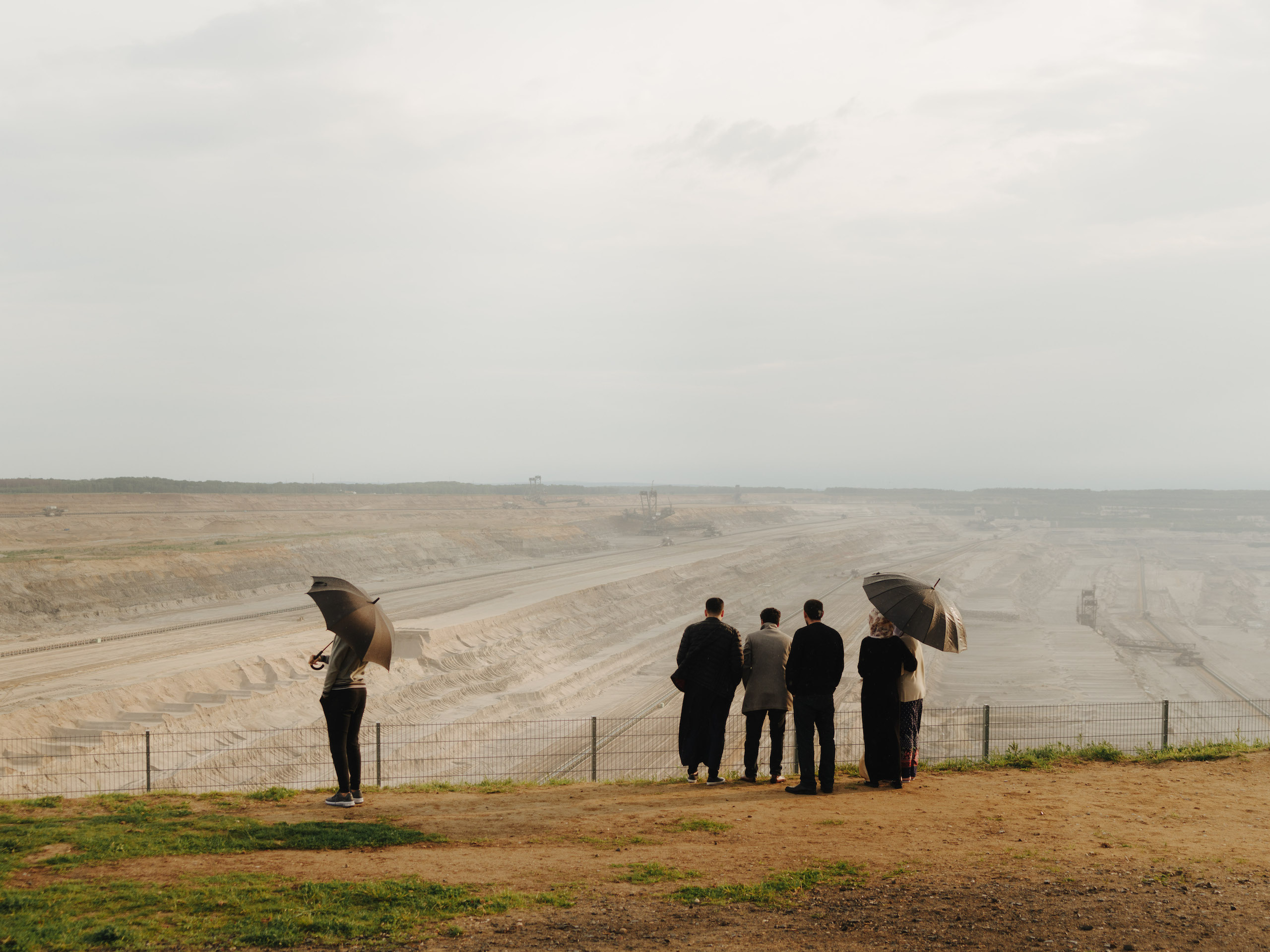 Others are making less progress. Poland, home to Belchatow power plant said to be the biggest greenhouse gas emitter in Europe, is aiming to phase out coal by 2049 – nearly two decades behind the target of many major economies.

But while there is still lots to be done, Wilton’s project has made him feel more optimistic. “I’m hopeful, in a way, with the rapid change that’s happened in the last few years.” 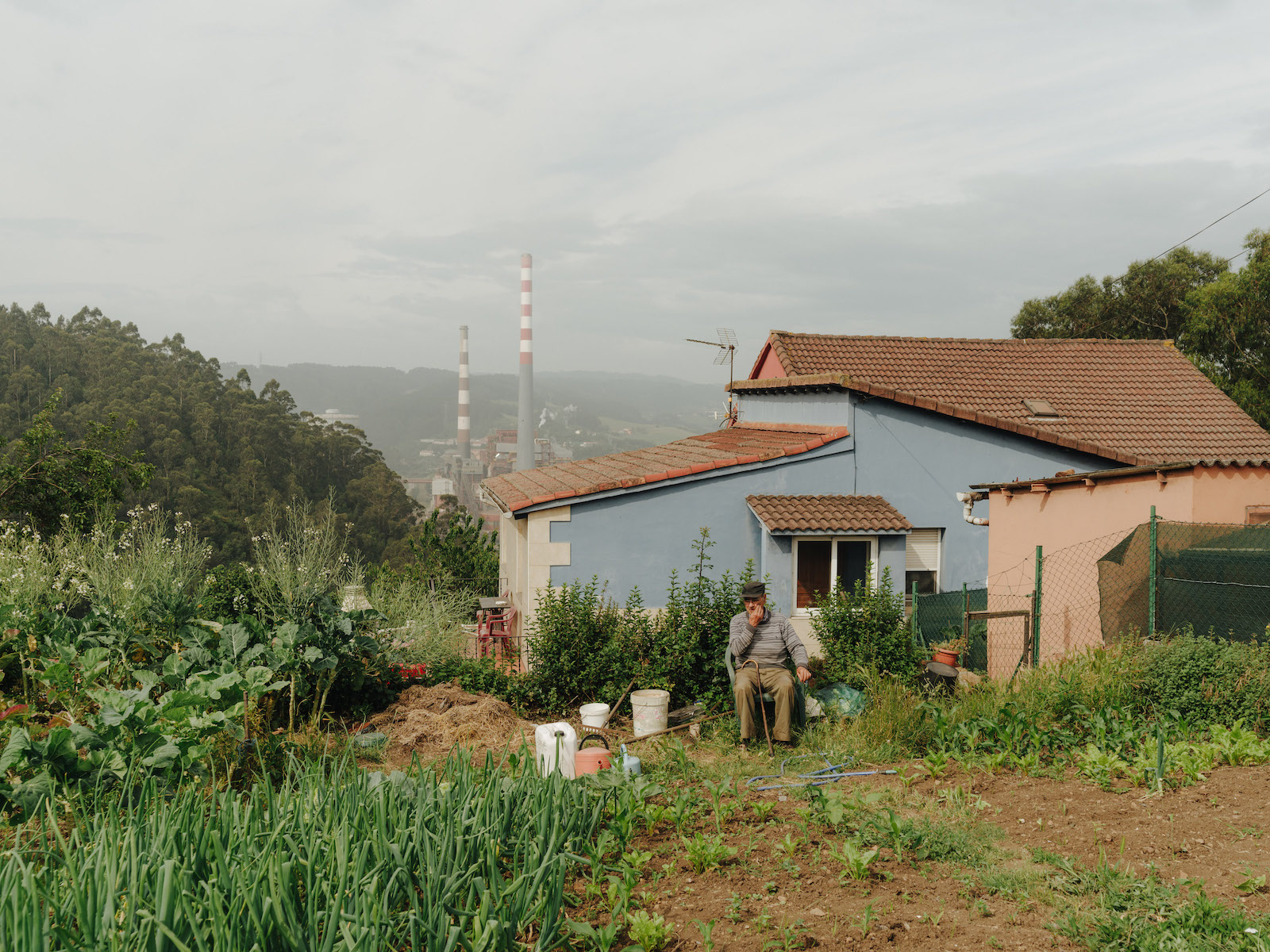 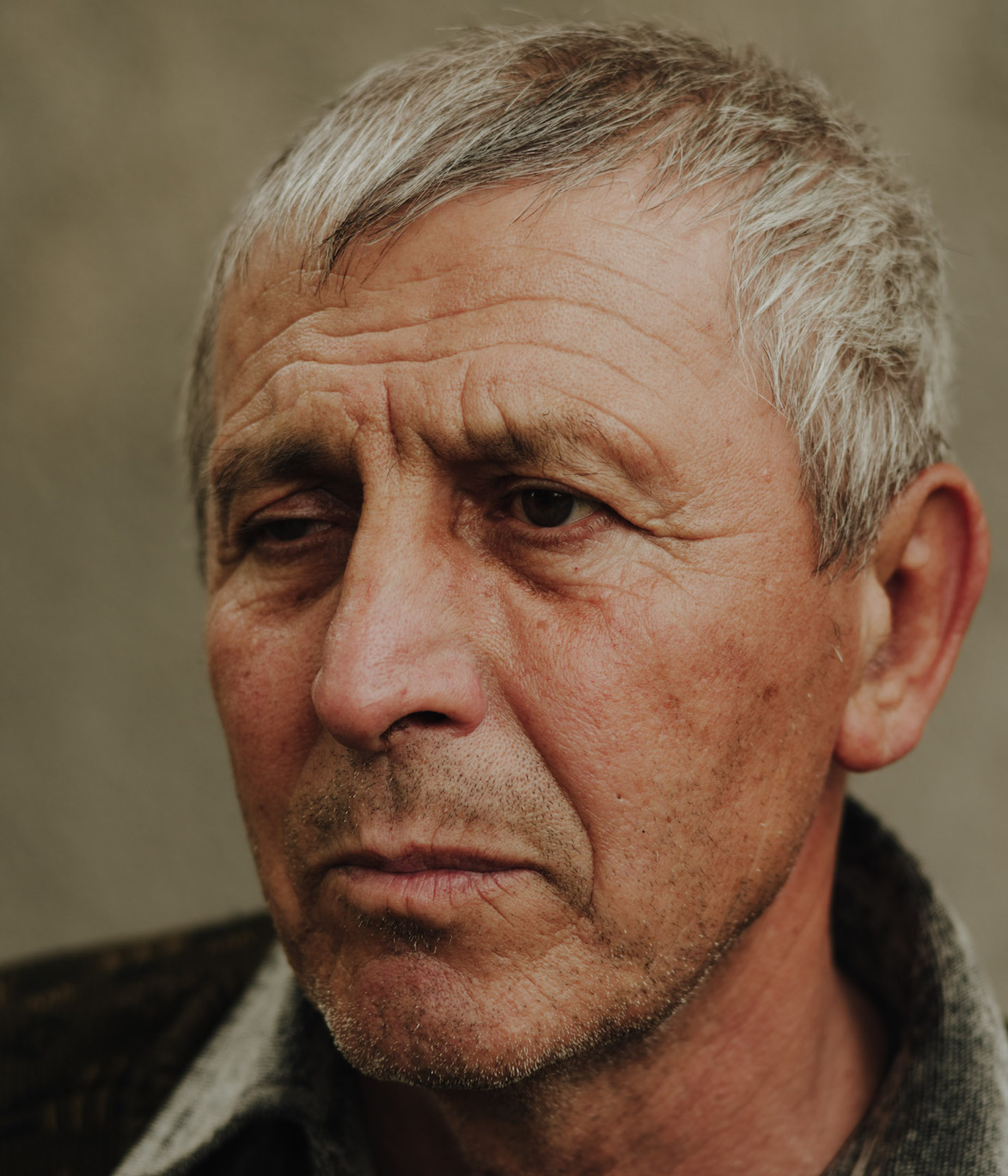 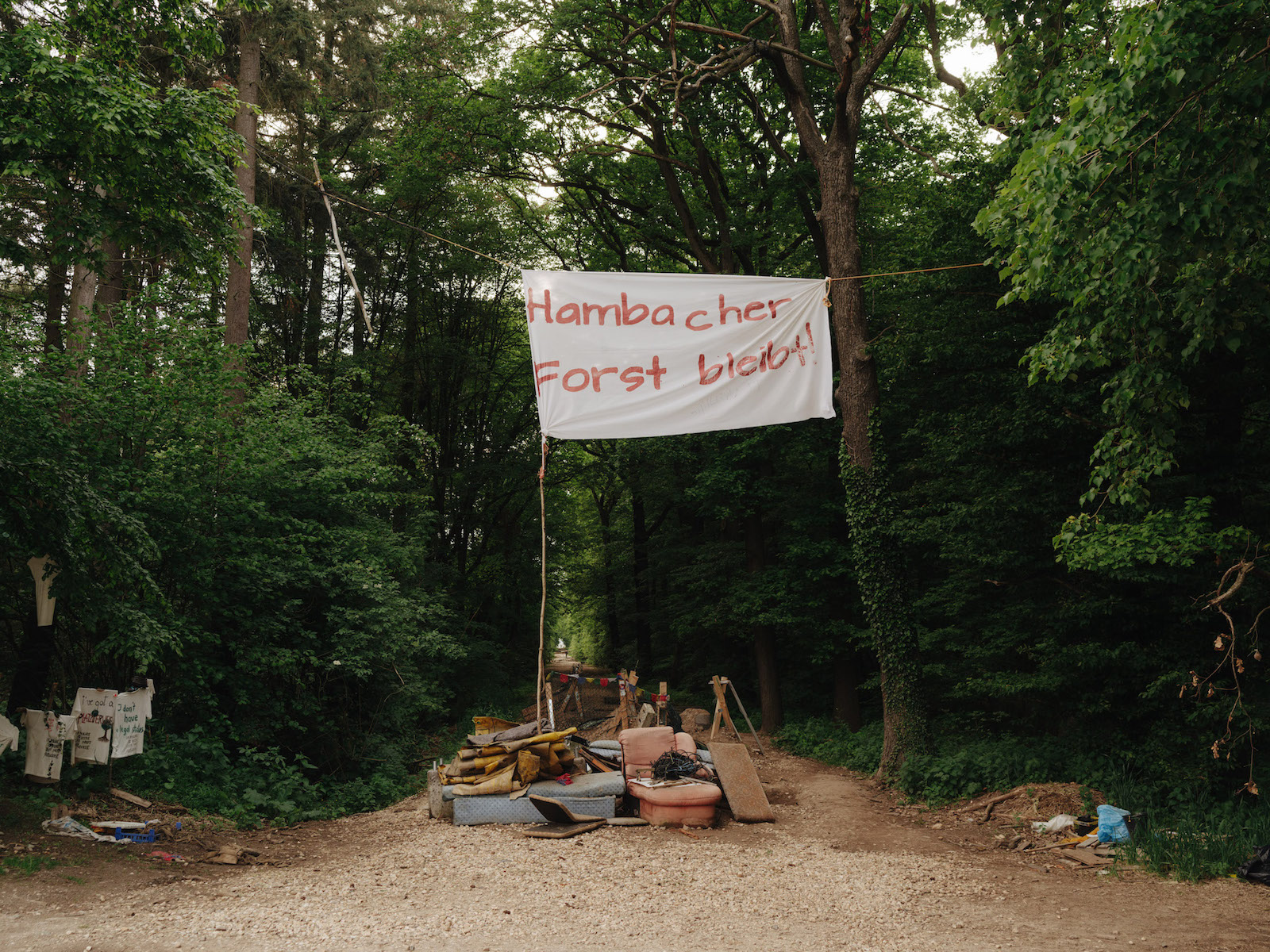 Blockades at the entrance to Hambach Forest, North Rhine-Westphalia, Germany, 2019 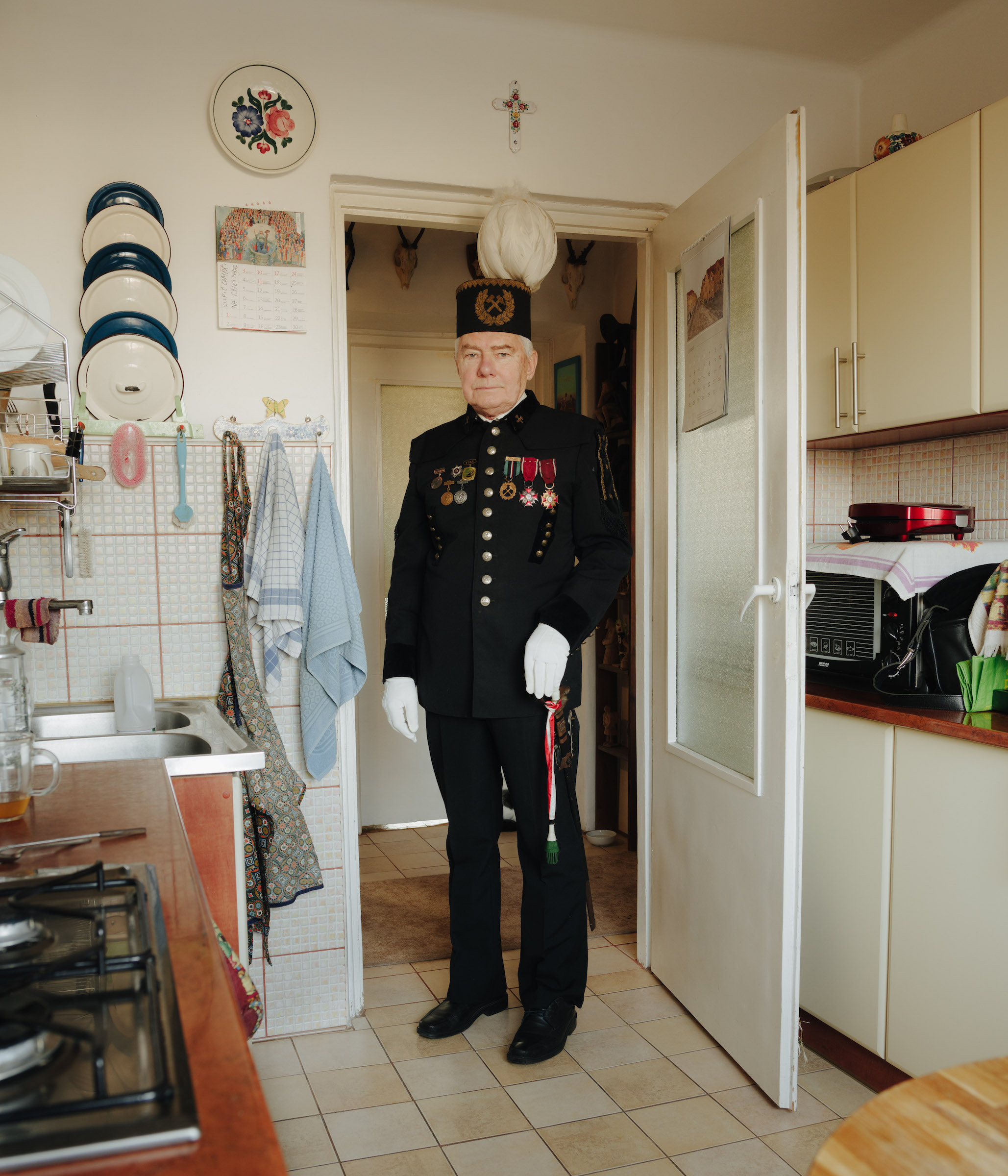 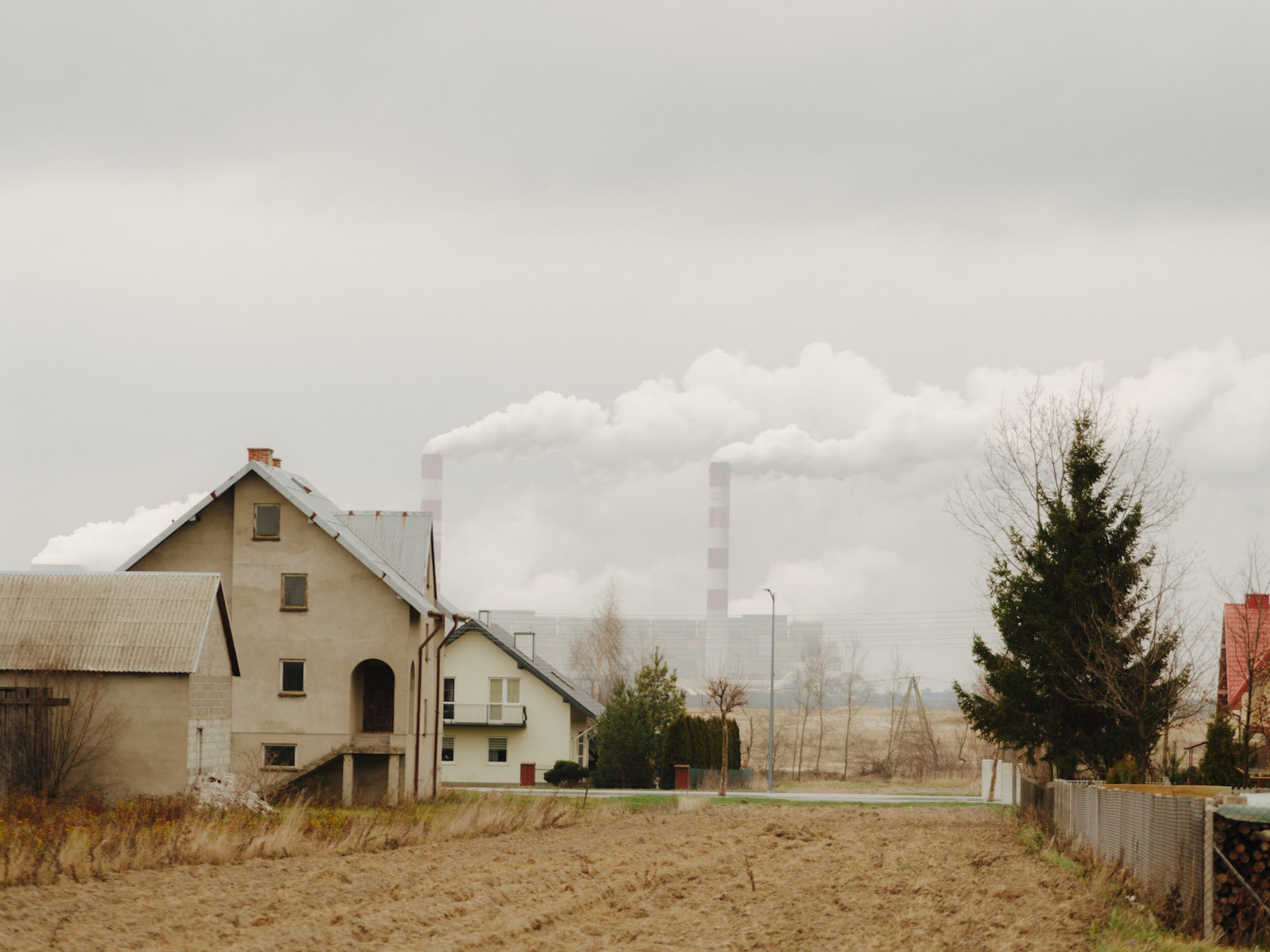 See the full project and purchase prints from The Very Fire They Sit Beside here.

Linkedin
RELATED ARTICLES
OTHER ARTICLES
Sean Maung’s photos are a love letter to the Black and brown communities that make up New York.
Cindy Campbell recounts how her brother ushered in a new era of musical culture at a party she held in the Bronx in ‘70s.
Rhiannon Adam spent three months capturing an ageing society wracked by division, isolation, and the aftermath of scandal.
Birdy Chu reflects on documenting the historic moment in which the territory was formally passed back from the UK to China.
With skyrocketing rents, packed out viewings, bidding wars and more, renting in London has never been harder.
A 37-year-old woman shares how her abortion led her to become a clinic worker, and the abuse she’s received in that role.