Art & Culture / The Compton Cowboys are paying it forward 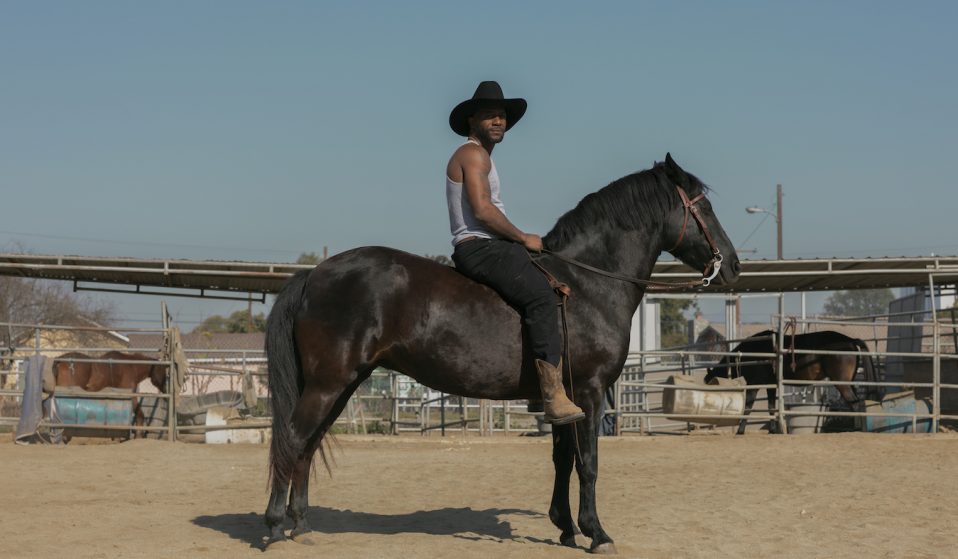 The group’s leader and cofounder Randy Savvy talks nurturing the next generation of riders and keeping Black cowboy culture alive.

The group’s leader and cofounder Randy Savvy talks nurturing the next generation of riders and keeping Black cowboy culture alive.

In the summer of 1988, N.W.A. changed the game when they released Straight Outta Compton, putting their hometown on the map and introducing gangsta rap to the world. That same year, city resident Mayisha Akbar founded The Compton Jr. Posse to provide youth with a positive alternative rooted in the history and traditions of Black cowboy culture, which stretches back over a century.

Born in 1990 during the height of LA’s gang wars, Akbar’s nephew Randy Savvy was protected from the streets and introduced to equestrian life in Richland Farms, a semi-rural area in Compton long home to Black cowboys.

“Being a kid and a little cowboy, we imagined we were roaming the wild plains,” he says, describing Compton before gentrification when the landscape was still open and expansive. “They would routinely have a mini rodeo, so we could compete in barrel racing, or visit the outdoor fair, get barbecue, and listen to music.” 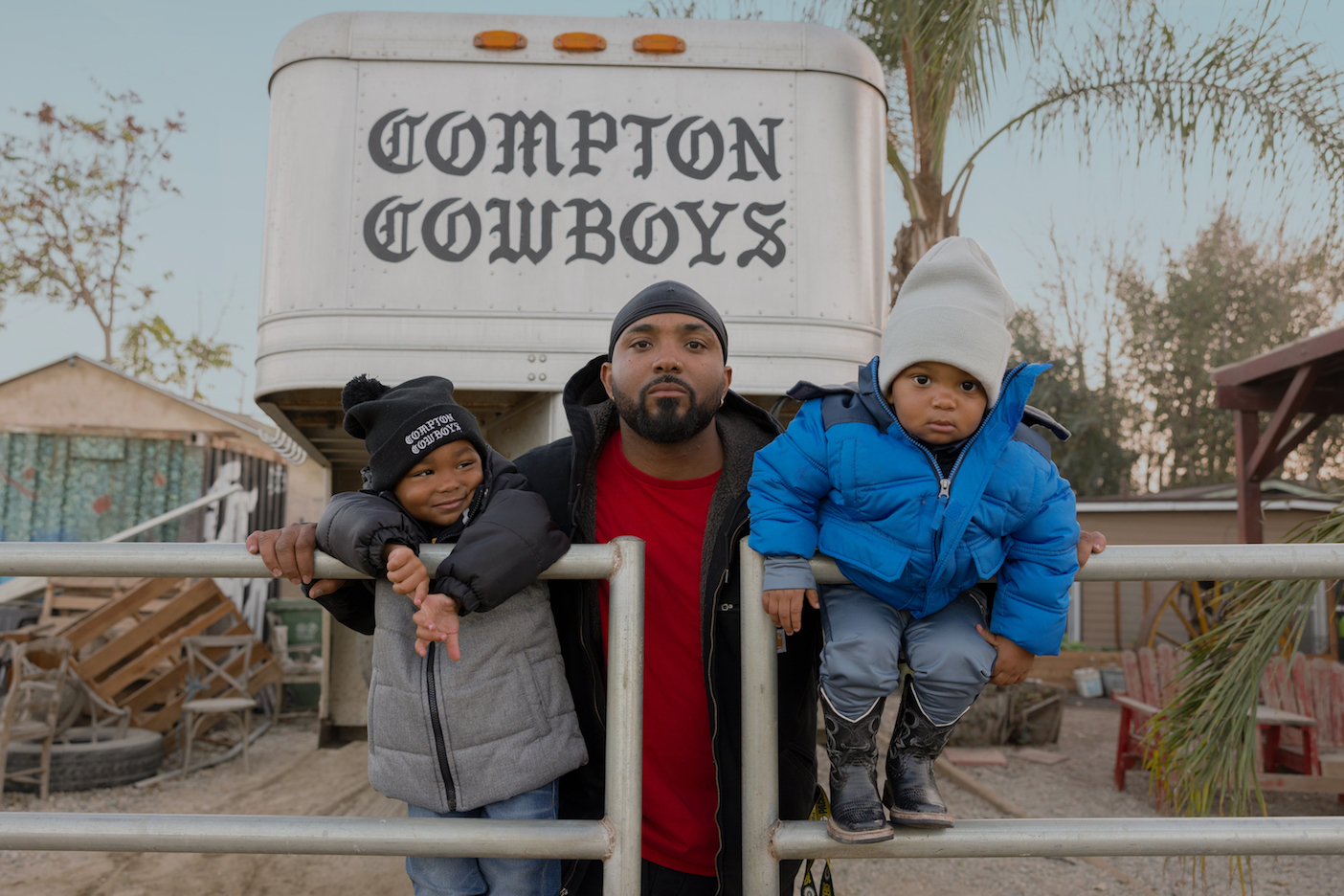 Savvy remembers the therapeutic power of horses and the ways in which the ranch helped unite the family and local community. “Growing up here shaped my foundation as somebody who loves the land, the community, the city, and the animals,” he says. “It set me on the path to who I am today.”

After graduating California State University, Northridge, with an MA in Entertainment Business and Music Industry Administration, Savvy recognised that his future lay in the backyard. Shortly after, Guinness got in touch, seeking to cast real Black cowboys for an upcoming beer commercial.

That experience inspired Savvy to reenvision the world he knew best, rebranding The Compton Jr. Posse for the new millennium. As the leader of the Compton Cowboys and Executive Director of nonprofit youth equestrian organisation Compton Junior Equestrians, Savvy has become an integral force in connecting companies and the community in a shared love of Black cowboy culture. 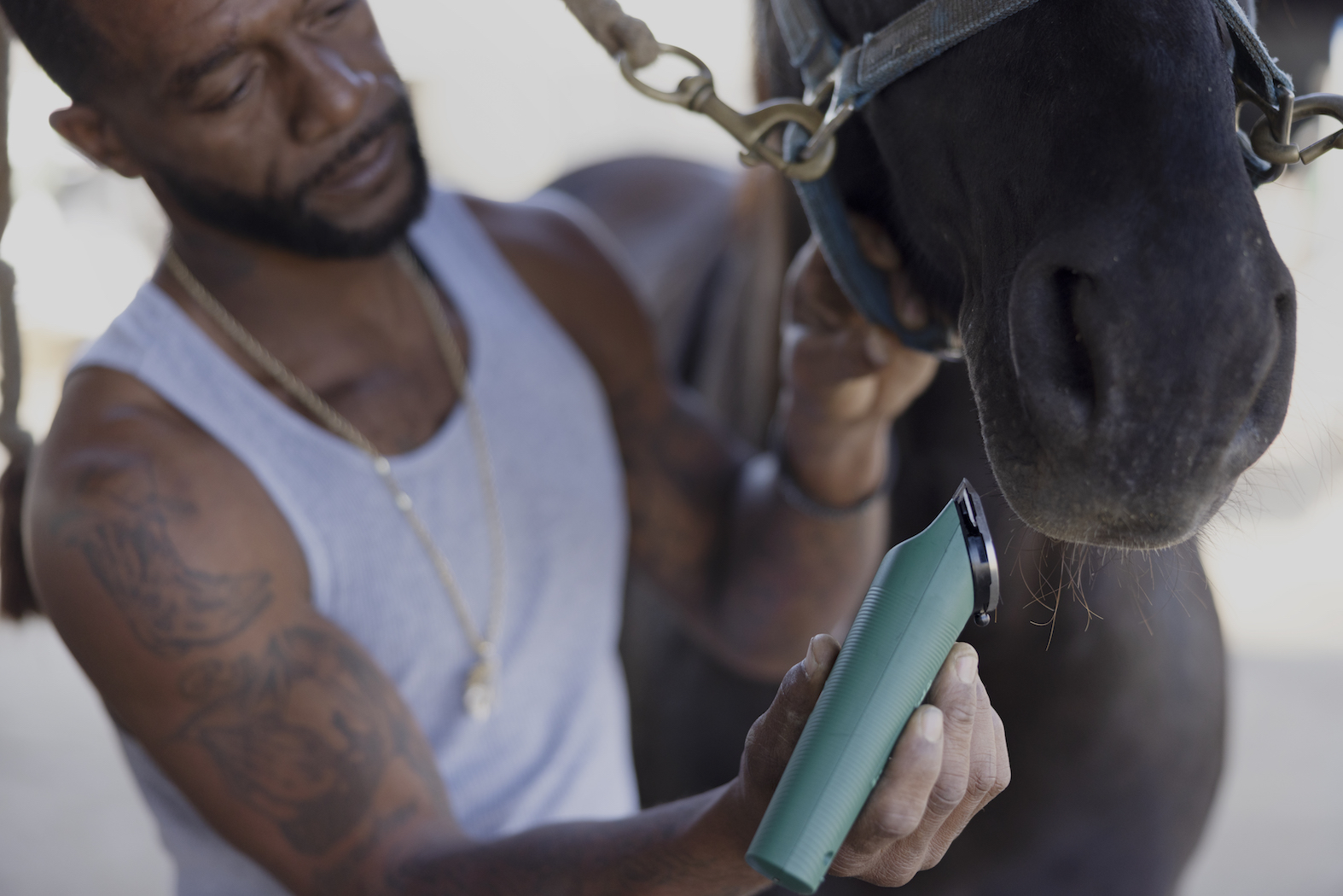 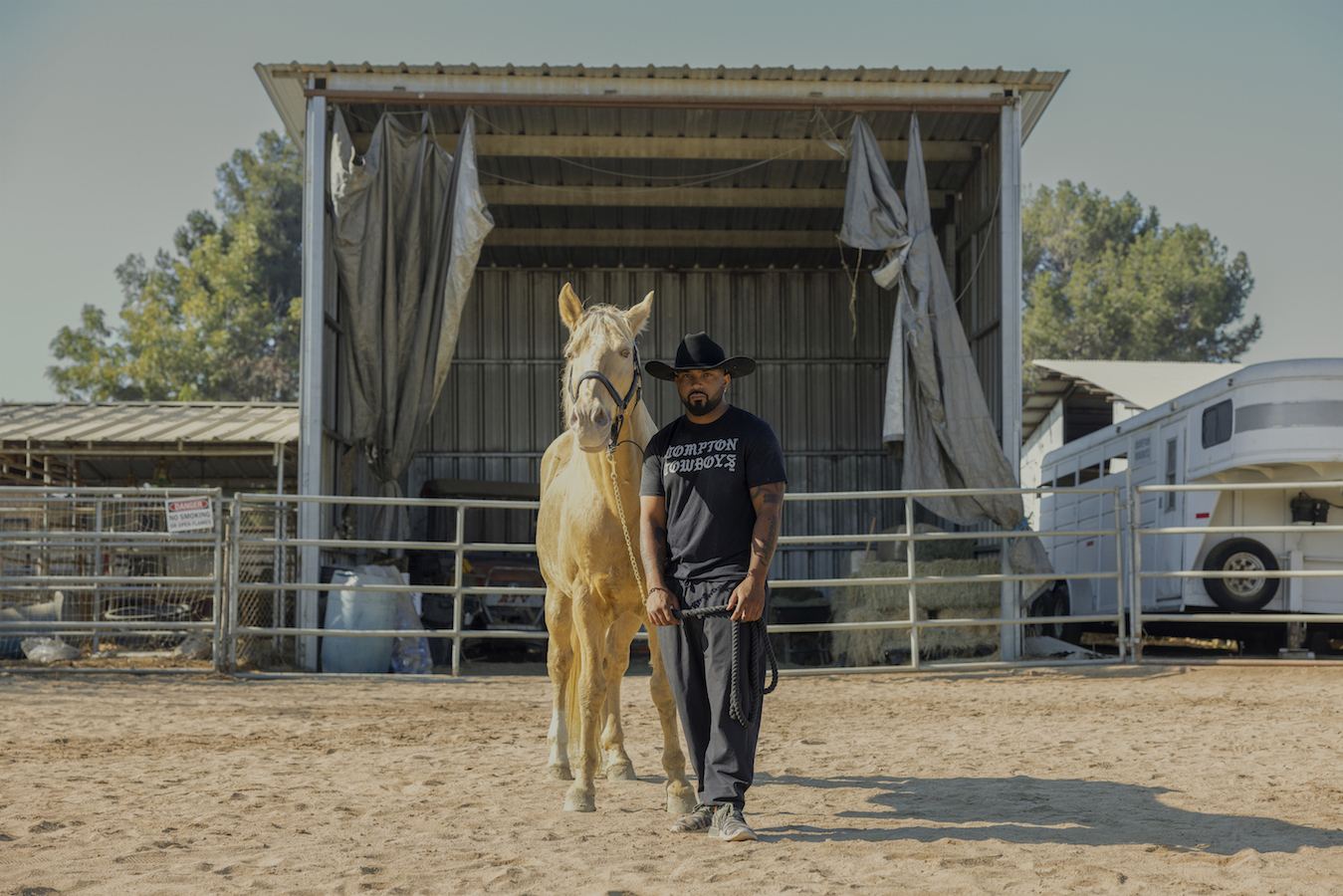 Most recently, the Compton Cowboys have partnered with Andis Company as part of the Creator Series to mentor local youth. Though his days are a whirlwind of activity, juggling three phone and two kids of his own, it’s nurturing the next generation that makes it all worthwhile.

Savvy’s voice fills with emotion as he speaks. “The most rewarding part of the job is to help young people. This is what I was put here to do and it’s what keeps me going every day. I feel connected to a higher power. This is my divine purpose. I feel aligned with my ancestors, like they are passing the torch and I am carrying it,” he says.

“No matter what comes it’s my duty to walk the path and I’m built for it. It’s just been so beautiful to see another parent bring in their kids and they’re now in the mix. With all the chaos going on in the world, just being able to see my community is changing and the kids are being affected positively like this — it makes you feel like life is really good. It keeps me up.” 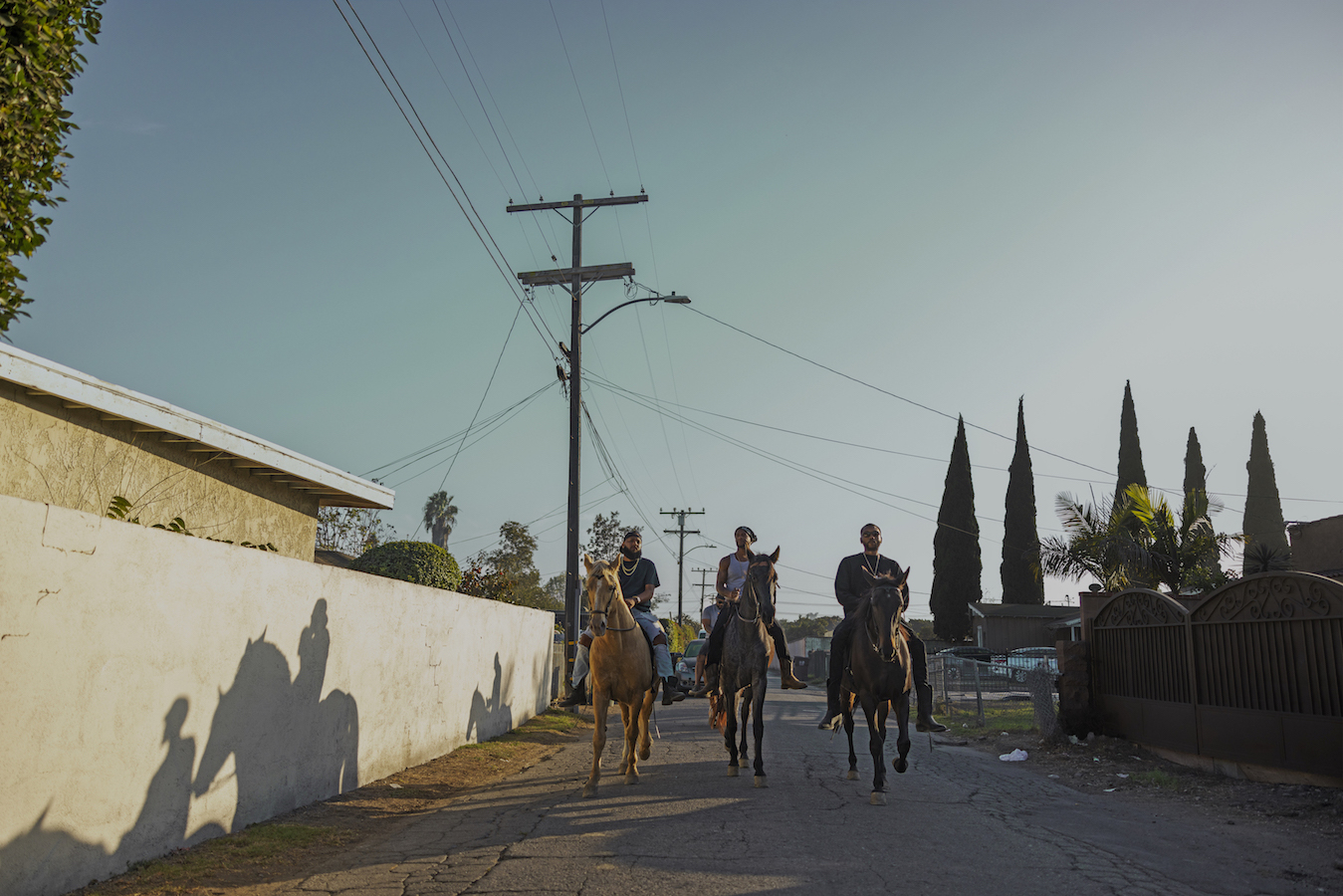 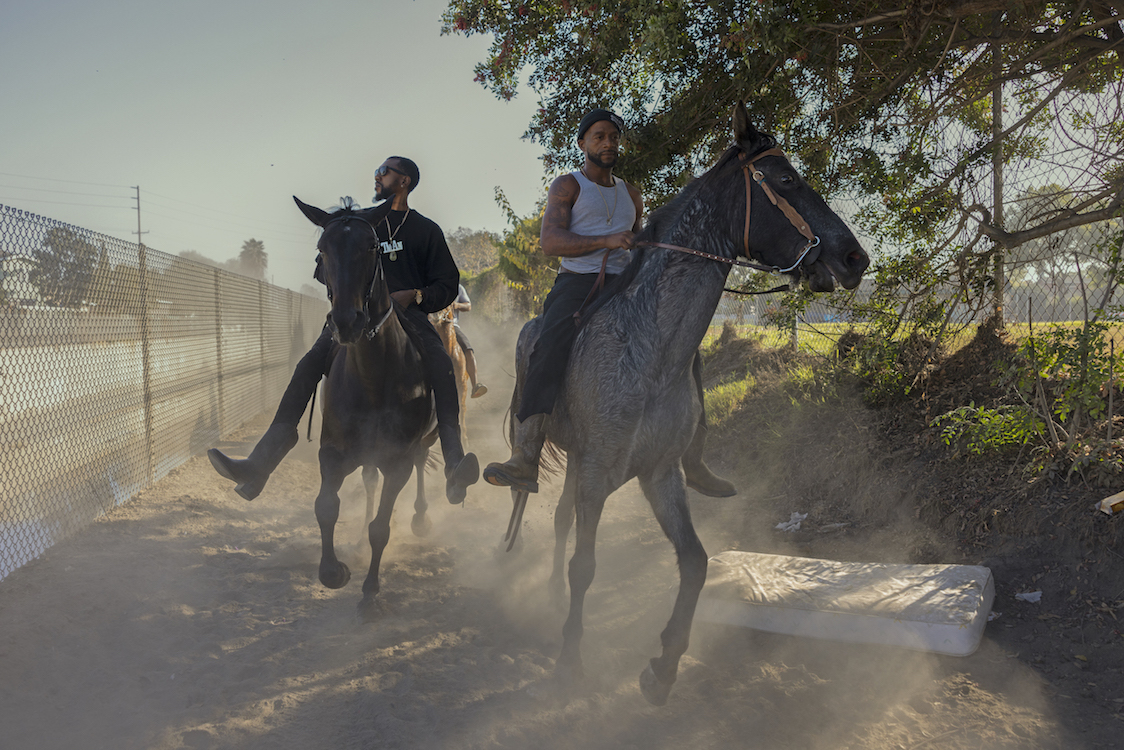 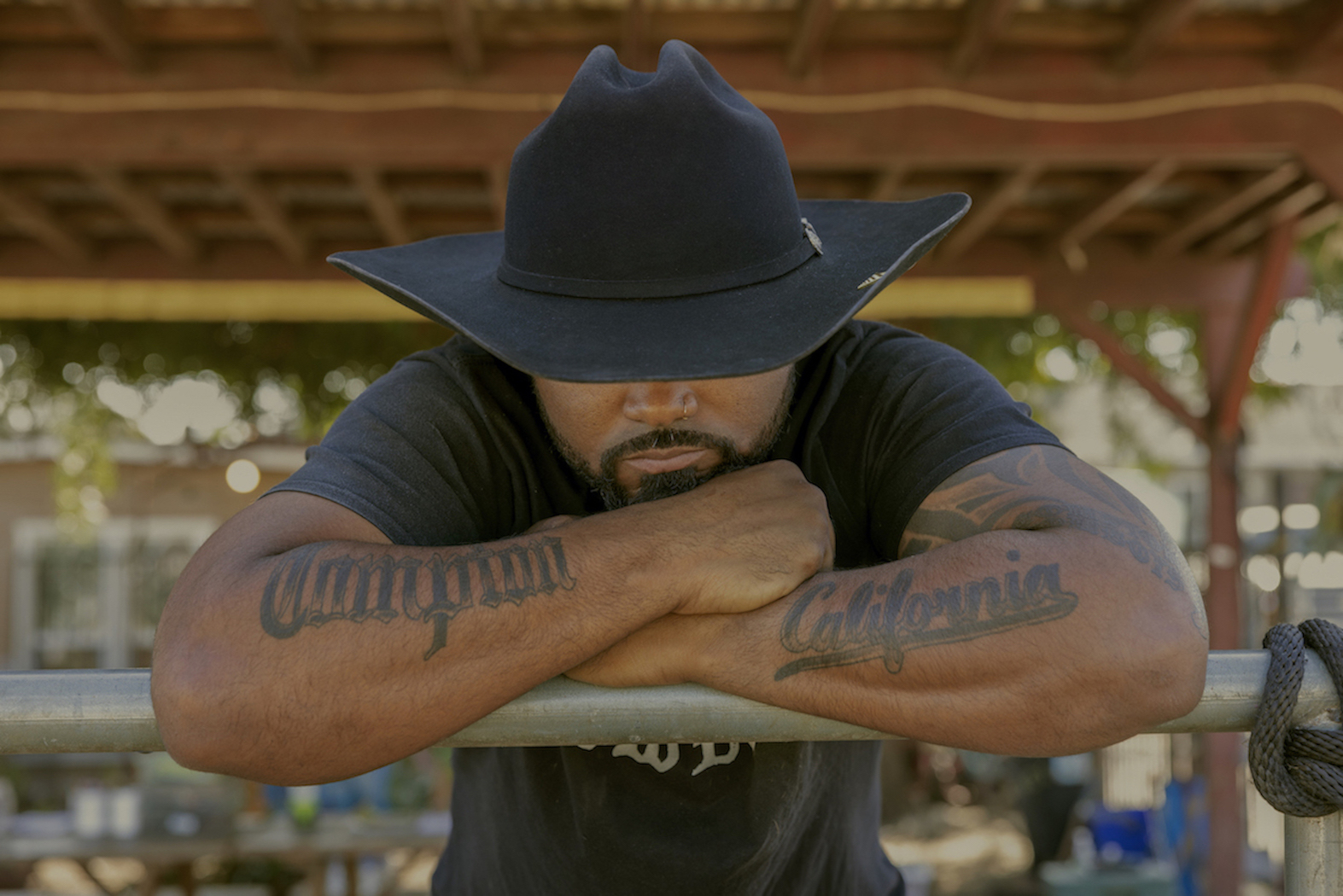 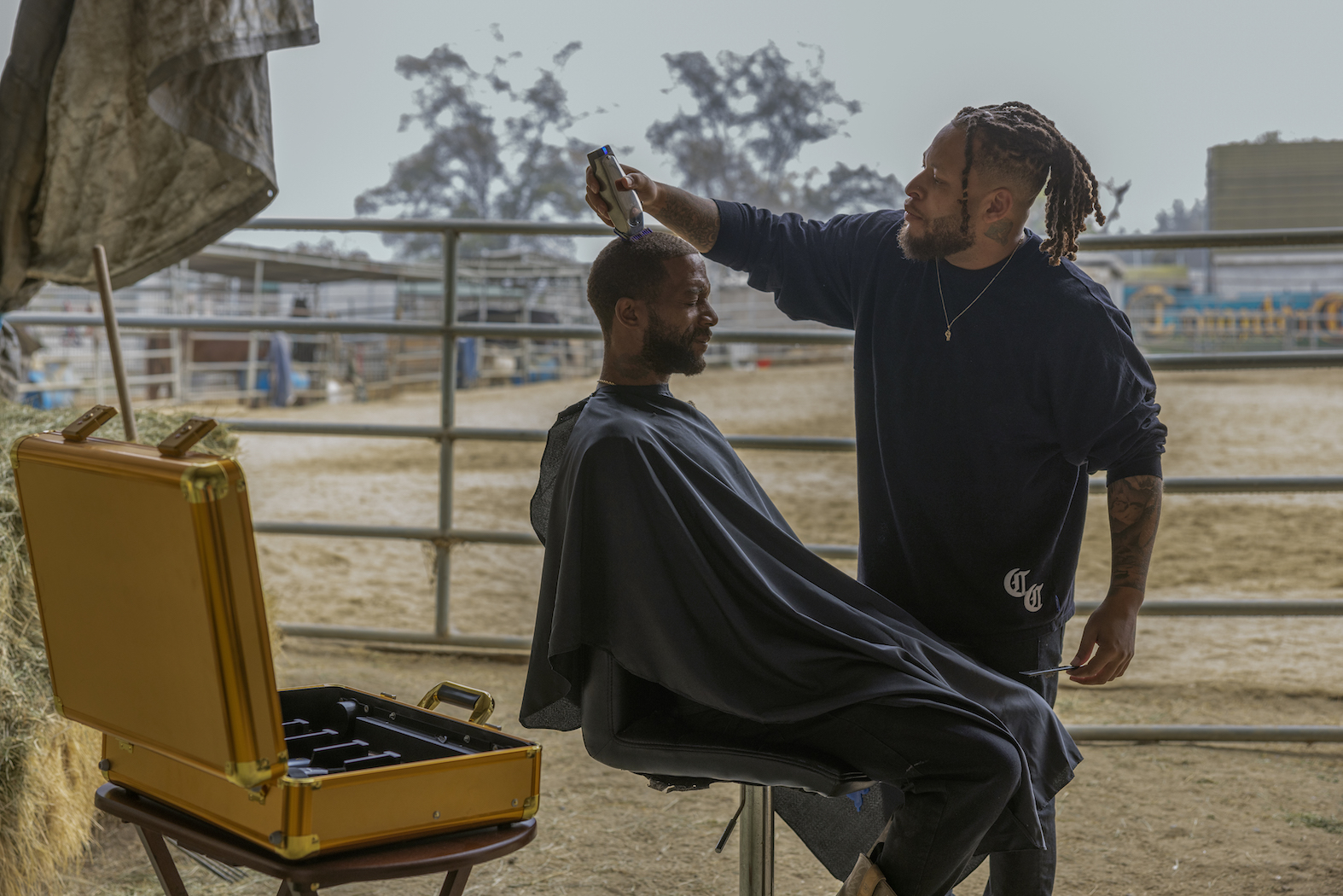 Linkedin
RELATED ARTICLES
OTHER ARTICLES
A new edition of a seminal book brings together iconic images of the band onstage in their full glory and backstage in moments of unguarded camaraderie.
With inflation now at a 40-year-high of 9 per cent, demonstrations organised by TUC took place to demand action from the government.
In the latest instalment of Photographers in Conversation, the chronicler of raves, protests and beyond explains why he’s drawn to such specifically visceral environments.
A new report has found that the majority of Britains approach trans issues with compassion. It’s about time this was reflected by our media landscape.
50 years since its inception, and the campaign calling for recognition that capitalism depends on domestic labour is as pertinent as ever.
The past five years have seen a staggering increase in foodbank usage across the UK. Now, staff fear things are set to get much worse.