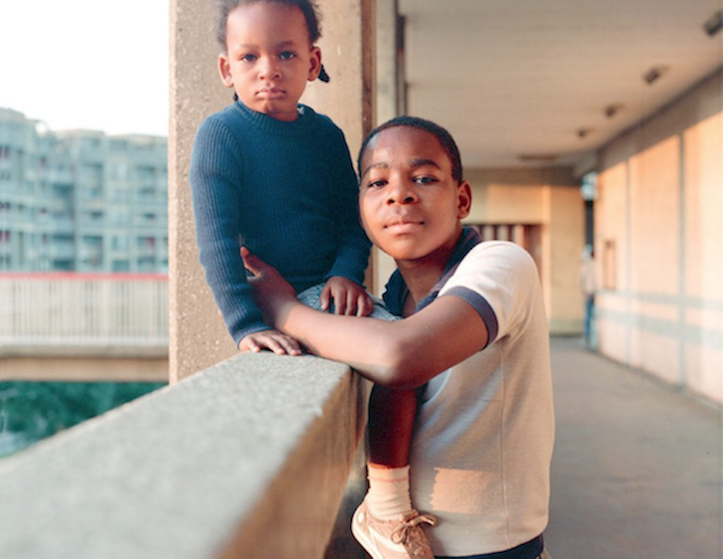 The experience of Black Britons living outside of London is all too often overlooked, but a radical archive is looking to change this.

The experience of Black Britons living outside of the capital is all too often overlooked, but an Instagram account documenting diaspora communities living across the UK is looking to change this.

Black people are not a monolith. There is so much to be shared, witnessed, and evidenced in the continuum of our existence. Hertfordshire-based photographer Karis Beaumont, the 25-year-old founder of the Instagram account Bumpkin Files, reminds us of that fact.

In forging this radical archive which speaks to the unique experiences of Black-diaspora communities living in Britain, Karis hoped to expand narratives about what it means to be Black and from a rural town. “I feel as though if you’re from a big city, your perspective on Black people from the country is sometimes a bit warped, or you might hold certain misconceptions. There’s a perception that Blackness only thrives when you’re in a city space when in reality, we thrive any and everywhere.” 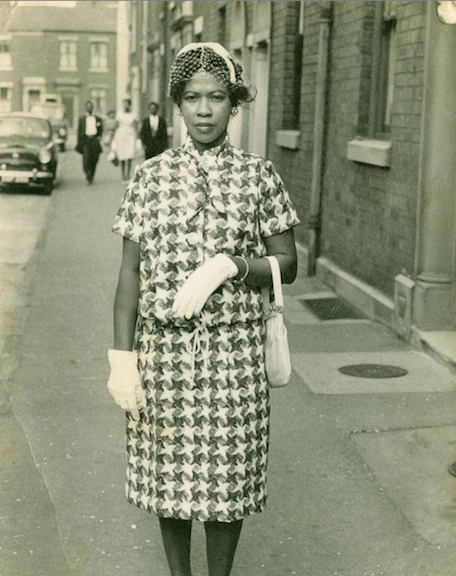 A woman from the Windrush generation. Preston, Lancashire (1960s)

The public collection, founded in 2017, accepts submissions via Instagram and compiles sensitive images from across the diaspora. These nostalgic snapshots of familial ties, youth, resistance, and gatherings preserve an era pre-2005. Searching through these online journals feels overwhelmingly familiar. It conjures a shared pastime, of sore elbows pressed against carpeted living room floors while mining through old family photo books.

There are intimate family shots, among them a candid photo of a brother and sister on a Sheffield estate, a portrait of a mother, who moved to Leeds in 1955 from Jamaica, with her 11 children, and an image of the first interracial couple to get married in Wiltshire in their living room in 1972. Elsewhere, there are photos of celebratory occasions, from a sound system in Birmingham in the ‘80s to a crowd dancing at Bristol’s St Paul’s Carnival in ‘99. There are also historic moments, such as a black-and-white photo of Emperor of Ethiopia Haile Selassie in Somerset in 1936, and photos of protests in Cardiff responding to the wrongful conviction of three Black men over the murder of Lynette White in 1990. 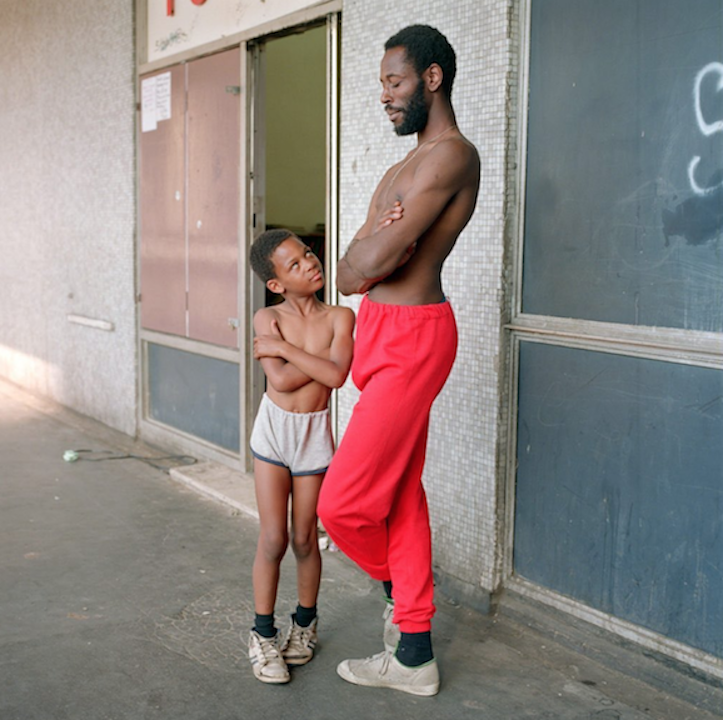 A photo from ‘Streets in the Sky’ – Tony ‘The Ton’ & Martin age 8, outside the Pop In Centre. Sheffield, 1988, photographed by Bill Stephenson 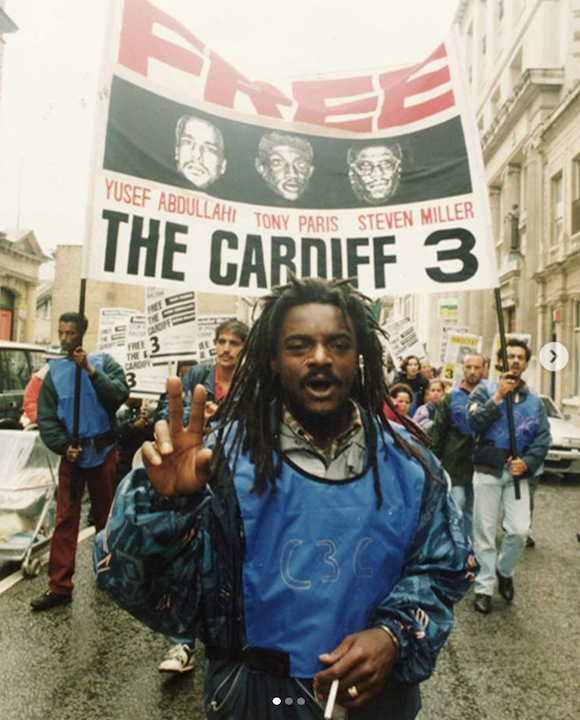 Almost 97 per cent of Black Britons live in England, particularly in England’s larger urban areas, with most – over a million – Black British living in Greater London. But that doesn’t mean to say that Black Briton’s don’t have a rich history outside of the capital. From Cardiff, one of the first multicultural cities in the UK, which houses the largest British-Born Somali population; to Sheffield, with its Caribbean population numbering in its tens of thousands; to Liverpool’s Black community, which dates back as far as the 18th Century, making it one of the oldest in Europe.

“We don’t learn enough about what happens on British soil anyway, so all of this is important,” explains Karis, “especially when we look at the way we’ve seen our own histories be destroyed, erased and whitewashed.”

Bumpkin Files aims to dispel notions that Black people don’t exist beyond the M25 – or more so, that the populations that live there aren’t in touch with their own Blackness. It is more than a response to London-centrism, rather, it is a continuation of a long-standing tradition of survival which diaspora communities will know all too well: that of holding onto memory and building networks among one another to stay rooted. 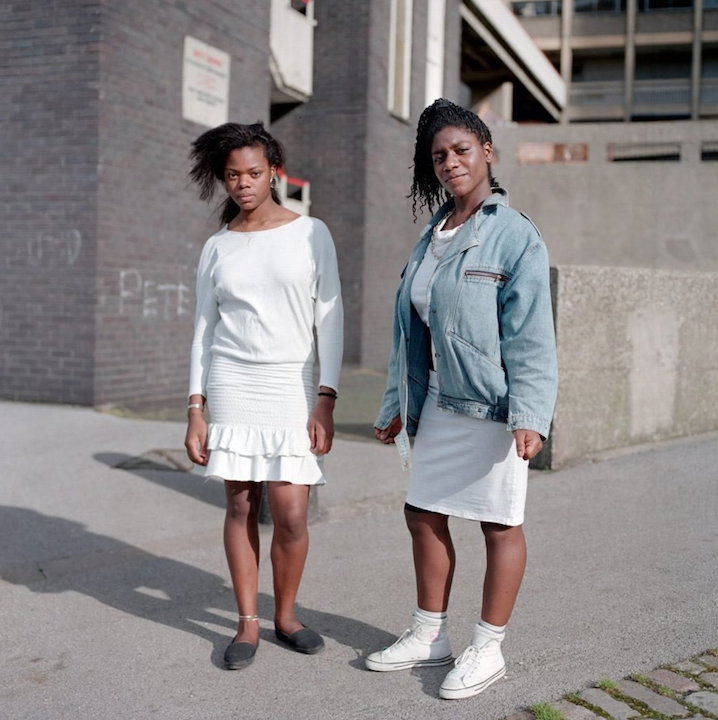 Sisters Nola and Noel near the Samuel Plimsoll pub, Sheffield (1988) by Bill Stephenson from his ‘Streets in the Sky’ series

In keeping with this, she states that Bumpkin Files has evolved into a “community resource, a place where people can learn about different Black histories across the UK”. It is a space for us to find photographic references of ourselves in the past and present. With tender representations of the lives of Black labourers in Reading, the West Indies Merchant Seamen’s Hostel in Newcastle and Leeds’ supplementary schools, Karis’ online capsule underscores the complexities of Black-British life.

Since it began, she says the response has been overwhelmingly positive. “I feel like with the archive, it gets people talking, and it brings people together. I’ve had people commenting saying ‘These guys went to my school’ and ‘This is Mrs. XYZ’. It’s a way of connecting and reconnecting people […] It always brings me a feeling of joy.” 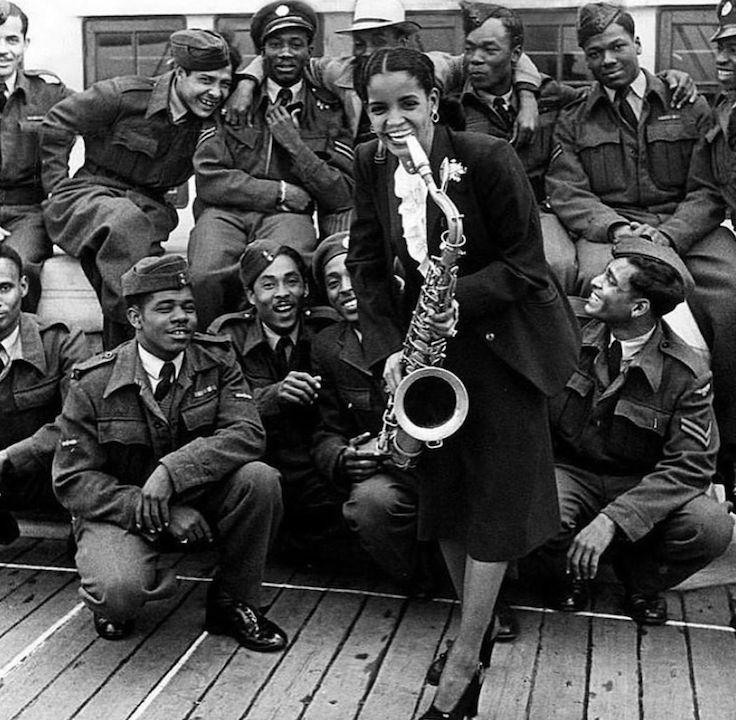 Given that the UK curriculum “structurally omits” Black-British history, the urgency of record-keeping is as relevant now as it was when the first arrivals of the Windrush Generation docked in Britain. Thankfully, Bumpkin Files is in company with other Black cultural archives seeking to rectify this. Among them are Black in the Day, an archive co-founded by Tania Nwachukwu and Jojo Sonubi, which reflects on the lives of Black-Britons from the early ’50s to ’00s. There’s also Jason Okundaye and Marc Thompson’s Black and Gay, Back in the Day, honouring and remembering Black queer life in Britain⁣. And, pre-social media, there’s Sandi Hughes radical archive of Black and gay life in Liverpool from the ’70s to ’00s. This collective of outsider historians working beyond the purview of academia is crucial if future generations are to fill in the gaps.

Through Bumpkin Files, Karis is urging towners, villagers, and bumpkins to go out into their communities and record. It’s a reminder that there is no greater form of grounding than being able to celebrate the past. In recognising that Blackness is expansive, Bumpkin files is holding space for the unheard. 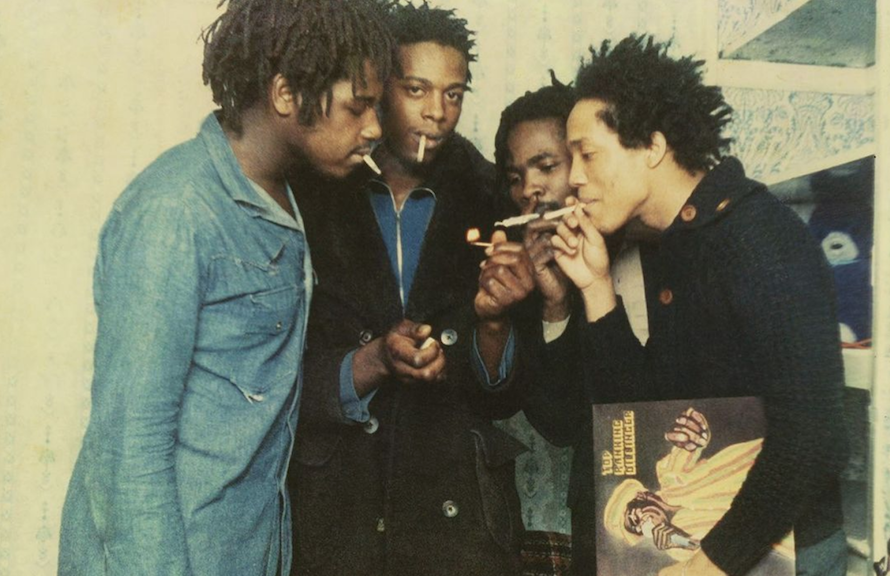 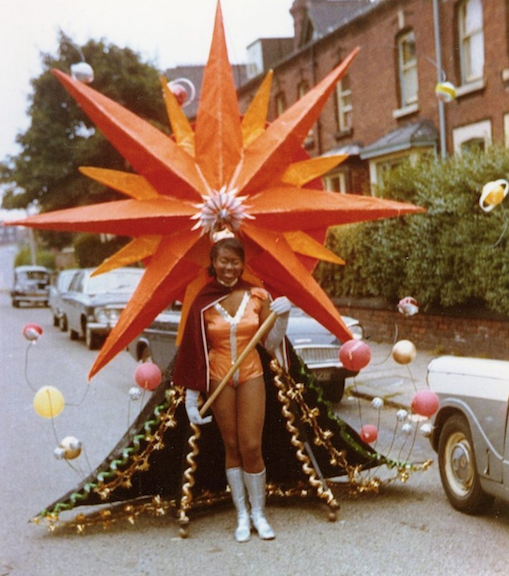 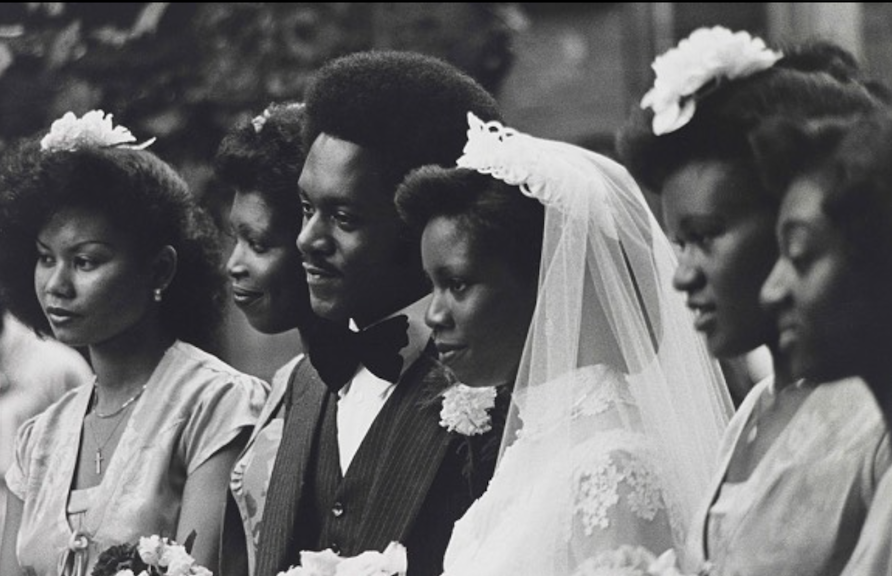 Wedding, Handsworth from Inside (1968-82), photographed by Vanley Burke 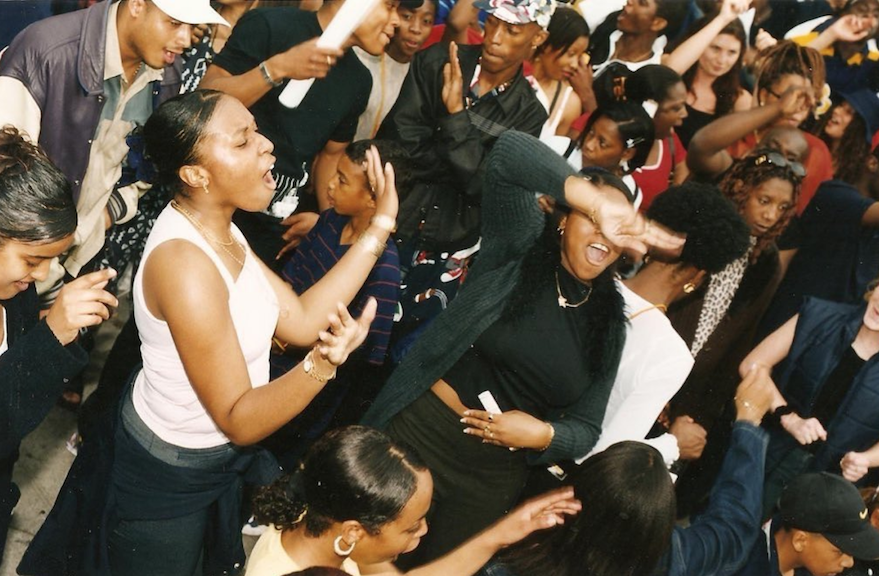 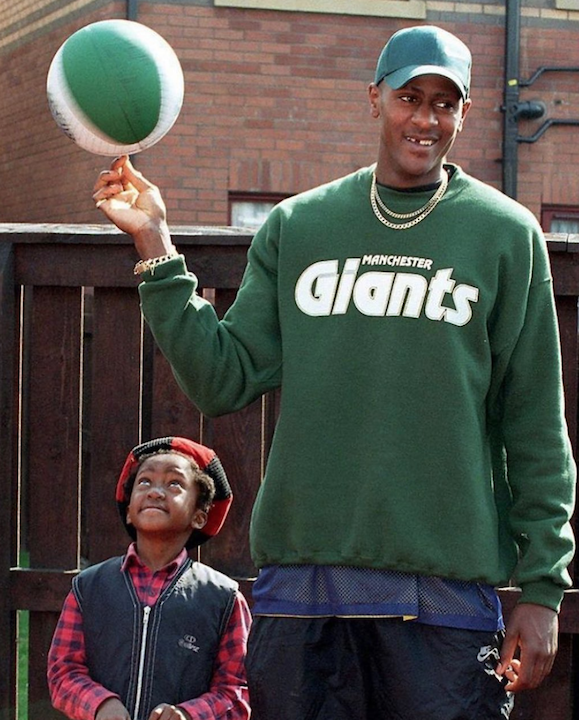 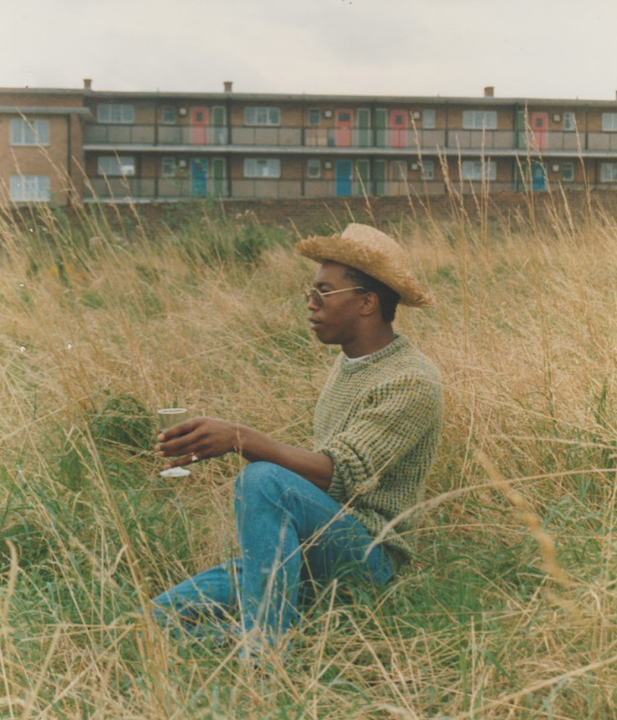 ‘My father in his modelling days’ St. Albans (1986) – submission by Karis Beaumont

Linkedin
RELATED ARTICLES
OTHER ARTICLES
Over the weekend, London locals came together to resist a pre-planned police raid targeting delivery drivers.
To mark the anniversary of the mass trespass of Kinder Scout, a group of hikers came together with the intent of creating a new, fully inclusive culture for rural spaces.
Following the success of her debut novel, the Tottenham native is restating her commitment to the place that made her.
The photographer recalls working with some of the biggest names in the business – from Salt-N-Pepa to the Sex Pistol – at a time when music magazines played a powerful role in shaping the scene.
Members of the collective share some of their reasons to run as part of #UnitedBySummits, a campaign that looks to uncover transformative power of the outdoors.
Writers Matt Foot and Morag Livingstone explore how four decades of collusion between the government and the police have slowly eroded our right to protest.