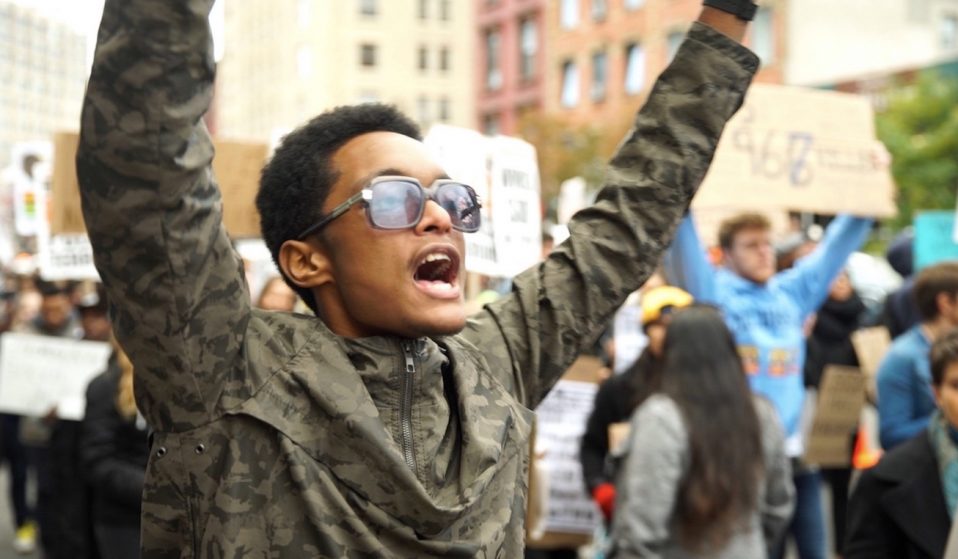 We speak to the director of a new film which integrates fictional characters with real events in a story centred on teenage hackers and conspiracy buffs.

We speak to the director of a new film showing at Whistler Film Festival which integrates fictional characters with real events in a story centred on teenage hackers and conspiracy buffs.

“I kind of levitate in my brain, I see it from above and things move in slow motion,” says Brazilian filmmaker Miguel Silveira, describing how he shot scenes among the unpredictability of Black Lives Matter protests for his new film, American Thief.

Set in 2016 during the lead up to the United States presidential election, the film taps into issues of surveillance and the dangers of technology. Toncruz (Xisko Maximo Monroe), a teen hacker, seeks revenge on the police officer that mercilessly took his father’s life when he was a child. As he plunges further into the deep web with hopes of uncovering the truth, he is thrust into a cyber-attack that aims to derail the election.

Throughout, Silveira inserts his characters into actual demonstrations and speaks to real New Yorkers about the life-altering election as it unfolded, giving spectators a taste of history, inside the vessel of an unsettling thriller.

Shot from 2015 through till 2019, Silveira merges fiction with documentary in an unapologetic and honest depiction of society. “I’m always fighting against the prevailing narrative,” he says, “because we know where it’s going to lead us and it’s not a good place”.

Following the film’s screening at Whistler Film Festival earlier this month (December 4), Huck spoke to Silveira about the inspiration behind the film, capturing political chaos, and striving for social justice.

What was it that initially inspired you to make American Thief?

In 1992, there were the LA riots and I was 12-years-old. When I saw what was being done to Black folks in the United States I was like, ‘Oh my God.’ By that time, I already wanted to be a filmmaker, so I was like, ‘One day I’m going to make a film about these issues.’ I even kept the newspaper clippings.

Now, when I see what’s happening today with the Black Lives Matter movement, I see folks sometimes thinking that it’s a new thing and I just think: this has always been there, it’s just that there’s a new name to a movement that has had hundreds of years of existence.

To me, I didn’t make a film for or about Black Lives Matter because it was not my place. But at the same time, I recognise and I still do, that the Black Lives Matter movement is the most important historical movement in the United States and the intention of American Thief, among other things, was to document history. 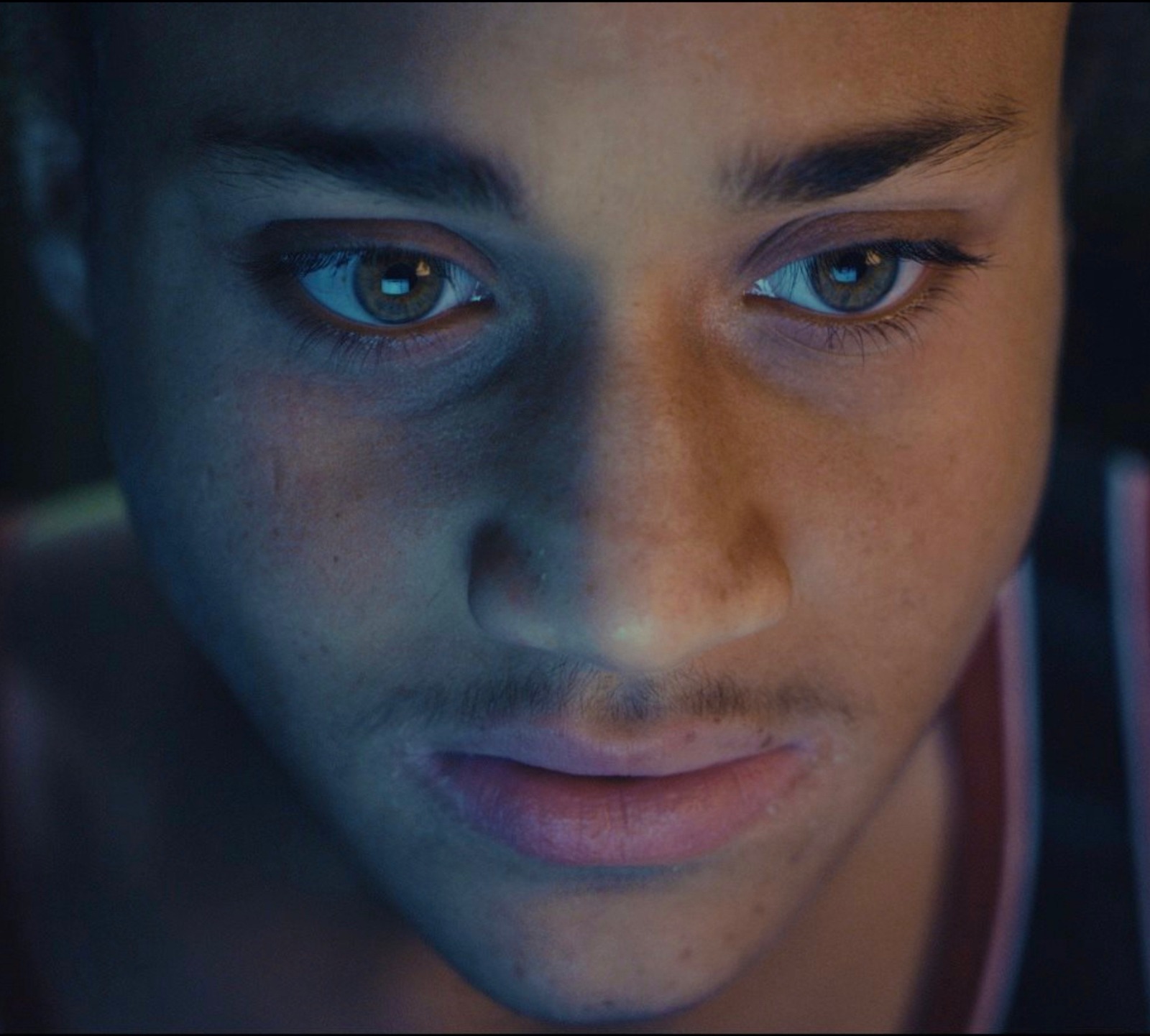 Why the title American Thief?

There’s a whole bunch of things that can be connected to this title. I don’t like to state why I picked that title personally because [people] interpret it in so many fascinating ways. Myself and the producer, Michel Stolnicki, kind of decided the title really belongs to the audience.

Some folks were like, ‘Oh, it refers directly to Trump’ and it’s so interesting, because we came up with the title in April 2015 and Trump hadn’t even announced he was running for presidency at that stage. It was prior to all of these things, the reason why the title is there almost becomes irrelevant when the film is out there because it takes its own shape.

What was your inspiration behind combining documentary with fiction?

Filmmakers from the Brazilian Cinema Novo movement. The one that inspired me the most was Glauber Rocha. There is a tradition of utilising the reality of the country, filming real people and kind of blending that with fiction. Then, more or less about the same time in the United States, Haskell Wexler makes this seminal film in Chicago during the Democratic National Convention. The film was called Medium Cool, and it does exactly what we did.

What experience did you want to create by merging the two?

It’s really difficult to [explore] historical things that perhaps haven’t happened yet. I found the most sincere and effective way to create a piece of cinema that speaks the truth before it happens, is to get reality and fiction to collide, so it can propel a third meaning of higher order when you do it. The idea was to utilise these techniques and mash things up to create something. To me, that’s more accurate than coming into a scene already knowing exactly what you’re going to say, before the world tells you what that is.

The film has a sense of chaos, was this your intention?

It was intentionally created to be a simulation of what took place in real life because we were shooting as things were happening. So, it was hard to create anything other than the mess that it was. The film needed 100 per cent to be chaotic, in order to be realistic. One of the things I’m most proud of, is that it’s very confusing. It’s non-chronological in some aspects. It’s convoluted because it had to be, there’s no other way.

How did the cast react to being placed in scenarios which were deeply important to them, regardless of being there to play a character in a film?

I found out during the process that you create a hybrid dimension, where the person exists in a hypnotised way. They’re literally affected by what’s happening as a person, but they know they have to be acting. So, in that particular scene [at a police brutality protest in New York] we got that effect. We actually shot the scene and then I never saw [Khadim Diop, who plays Diop] again that day because he just took off protesting. Then I saw pictures in the newspaper of him and Cornel West and Quentin Tarantino, where he’s right at the front line. So, that happened throughout the production, and I think the film benefited from that a lot.

What do you want audiences to take from American Thief?

I want them to think about it in 2024. It’s funny, because now that Biden’s won, folks are like, ‘Cool, this whole thing is going to be over.’ No. It hasn’t even started. There’s a re-rigging of our brains and re-rigging of everything we assumed to be the truth, especially politically speaking.

It is never going to go back to how it used to be, but we have to find a new place for us. This film is just the tip of the iceberg. We are bound to see the ramifications of [Trump’s presidency] for decades to come. What he’s doing is not going to end when Biden is inaugurated, it’s going to sit through the fabric of society. So, folks have to understand that everything has changed, [American Thief] allows everybody a point of view but it’s a point of view that thinks about the future.

Linkedin
RELATED ARTICLES
OTHER ARTICLES
Wealth inequality and the rising cost of socialising is placing a strain on people’s relationships, reports Eve Upton-Clark.
Finland-born photographer Sirkka-Liisa Konttinen looks back on her decades-long documentation of life in Northern England.
In the latest instalment of Photographers in Conversation, the chronicler of raves, protests and beyond explains why he’s drawn to such specifically visceral environments.
Photographer Matthew Brookes recalls following a group of young people in Venice Beach living in search of the perfect wave.
Photographer David Hoffman recalls documenting the extreme wealth inequality around Tower Hamlets and Hackney int the 1980s.
The last few years have seen an increase in LGBTQ-led initiatives to feed the hungry, with many finding ways to stay afloat despite the challenges.