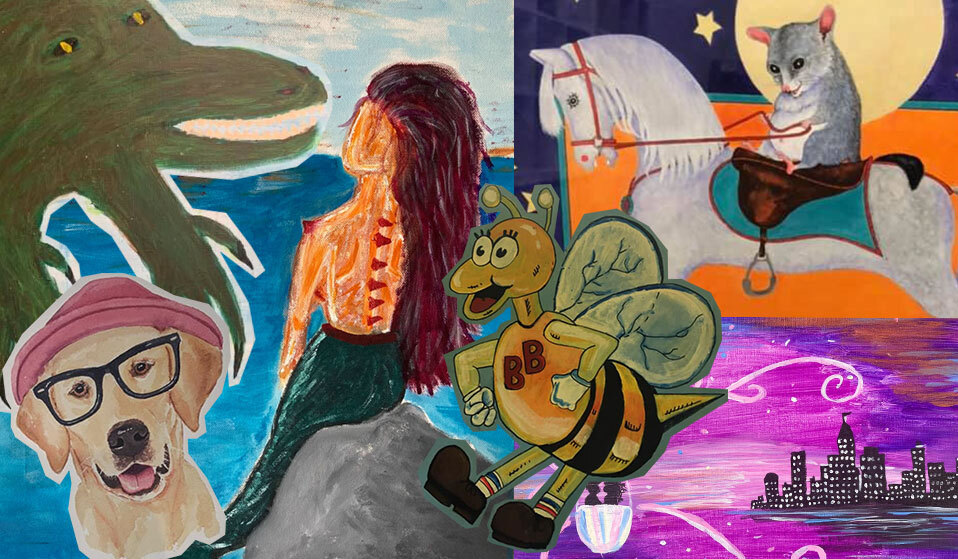 An online destination for the most cursed second-hand shop finds is opening up art criticism to the masses – as well as raising questions as to why we are so drawn to ‘bad’ artworks.

An online destination for the most cursed second-hand shop finds is opening up art criticism to the masses – as well as raising questions as to why we are so drawn to ‘bad’ artworks.

‘What constitutes terrible art?’ is a question that even the most accomplished art scholars would struggle to answer. But one Facebook group called ‘Terrible Art in Charity Shops’ gets pretty close to putting a finger on it.

The page is brimming with post after post of questionable pieces found in charity and thrift shops around the world: there’s a wonky portrait of Michael Jackson, a painting of Ronald McDonald vomiting a rainbow while a child asks ‘You Lovin’ It Now?’, and an admirable attempt at a Princess Diana tribute – to name a few of the group’s most cursed finds. Anything particularly garish, uncanny, or disturbing does well: among some of the most popular posts are a framed cat made out of colourful Hama Beads, and a Dali-esque painting of disembodied limbs in a dreamscape.

The group was founded in August 2017 by 41-year-old Laura from South Wales. She was inspired to start the group after she saw an oil painting of a spectral Viking head floating above a landscape in a charity shop and sent a photo to her friend Becky. “I’ve always loved terrible art finds and as we found nowhere to share the fun with others, we created somewhere,” she says. “Since then, it has grown at an incredible speed and the international membership proves that terrible art knows no boundaries.” The group now boasts 239,000 members from countries across the world, including the UK, South Africa, and New Zealand. 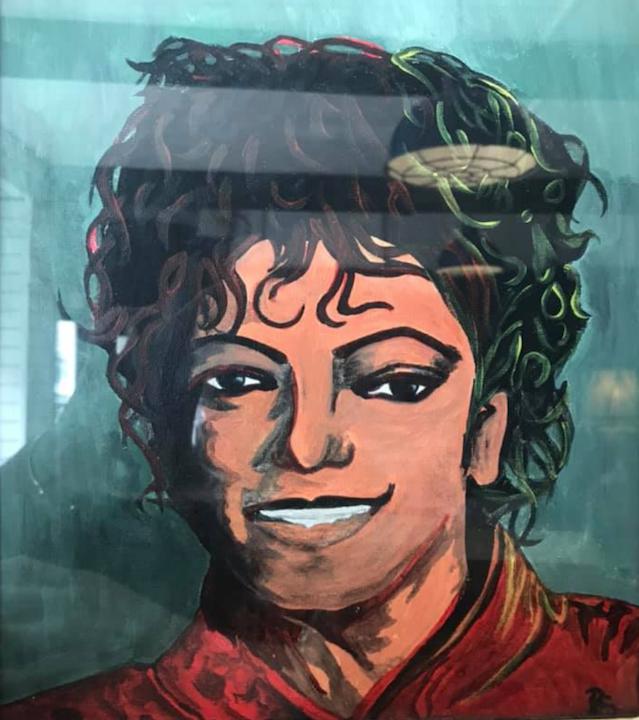 Kitty May, who is 31 and from Nottingham, has been a member of the group since February 2020. She says she was drawn to the group given her background as an art historian who specialises in rebel culture. “My favourite thing about the group is the difference of opinion on what ‘terrible’ art is. The debates are enjoyable,” she says. “Art is subjective, so everybody’s opinion matters – and doesn’t matter, equally.”

Kitty May is right. Despite the group’s name, there is considerable debate surrounding what terrible art actually is. Many members leap to defend supposedly ‘terrible’ works: “I would put that in my house,” one comment reads under a picture of a canvas featuring two rainbow-coloured tigers. “Awwww I like this one,” reads another under a still life of a cat and a rocking chair. “Reminds me a little of [American artist] Horace Pippin.”

And even when things are more unanimous and the majority of members agree that a piece of art is truly terrible, it’s clear members are still celebrating the art, rather than deriding the artist. “I love this group because it’s kind of where all the outsider art [works by untrained artists] ends up, and that’s perhaps my favourite sort of art,” Kitty May says. “Because I’m from a working-class background, I don’t have the luxury of going to galleries and buying art. The art I get to buy is from charity shops and car boots.” 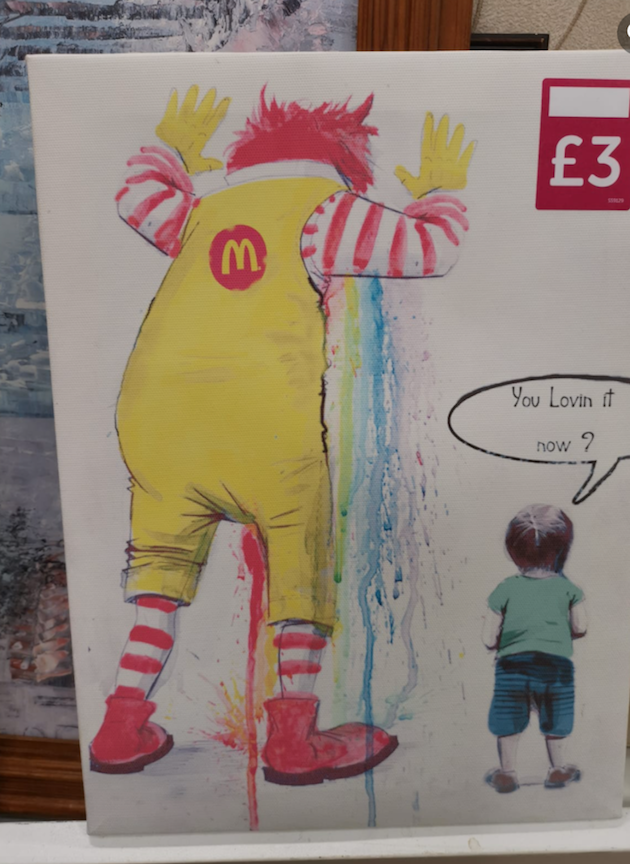 Kitty May certainly isn’t the only person for whom high art is a “luxury”. Elitism is rampant in the art world, and it’s easy to feel shut out of it entirely if you don’t come from the ‘right’ background. In 2019, 90.1 per cent of all first-year undergraduate students in the UK were state-educated – but at the Courtauld Institute of Art, one of the most prestigious art schools in the world, only 40 per cent of first-year students went to state schools. Plus, in 2018, only 12.4 per cent of creative industry workers came from a low-income background.

In this context, the ‘Terrible Art in Charity Shops’ group can be seen as a radical force for the democratisation of art. By platforming artwork made by people who didn’t necessarily go to art school and by permitting all members to engage in discussions about art, the group acts as a space for anyone – no matter their socioeconomic background – to participate in art criticism.

“A lot of the work here is someone’s beginnings. It’s the start of their art career,” Kitty May continues. “They tell us so much about the journey that artists and creative people go on.”

As the popularity of the group proves, many of us are intrigued and delighted by unorthodox art. Take, for example, Cecilia Gimenez’s botched restoration of Ecce Homo in 2012. While some lamented the loss of the original fresco, the ‘Monkey Christ’ attracted over 40,000 visitors to the town of Borja and helped raise in excess of €50,000 for a local charity. Or, take the 2017 statue of Christian Ronaldo, which was mocked when it was unveiled at Madeira airport and removed, but subsequently inspired a petition demanding its reinstatement. Evidently, there’s an appetite for bad art. But why do we like it so much? 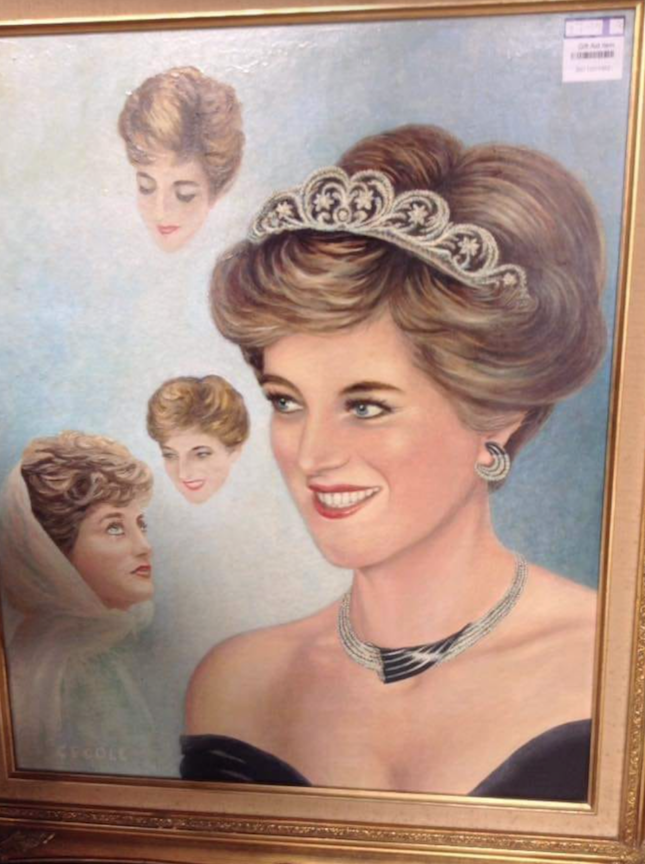 Kevin Paton is a former Senior Lecturer in Psychology at the University of Sunderland with a particular interest in the psychology of art. Of our fascination with bad art, he says: “It’s always interesting when people behave in unexpected ways or do things which seem counterintuitive.”

Why would a painting such as the Ecce Homo restoration attract crowds? Paton has two theories. “It could be Schadenfreude – the idea that we get a thrill from witnessing the misfortune or failure of other people,” he explains. “I suspect there is a strong societal interest in failure. Not just everyday mundane failure but magnificent, spectacular failure.”

Paton’s other hypothesis is that bad art triggers an “empathetic response” in us. “Over the course of my life, I have seen first-hand hundreds of ‘masterpiece’ paintings by acknowledged ‘great artists’ – Picasso, Goya, Dali, Turner, etcetera. When we see such art, we marvel at the skill and vision of the artist. We are seeing something created by a person of exceptional ability – a person ‘not like us’,” he explains. “In contrast, when we see ‘bad art’ we see a connection between the artist and ourselves – something we could do if we tried.”

“The fallibility of the artist is something we can relate to, as we know we aren’t that good either,” he continues. “So bad art might generate feelings of liking and warmth towards the artist that good art doesn’t. We end up liking the art because of its obvious imperfections.” 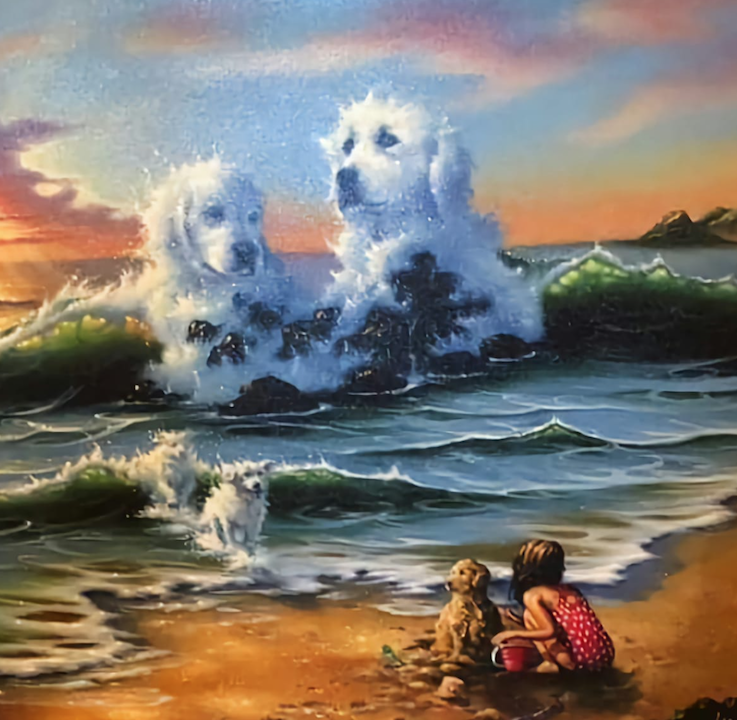 Kitty May hopes that falling in love with imperfect art can help budding artists feel inspired and liberated. “Outsider art is really valid – like stuff that comes out of art therapy, or schools, or even self-directed learning when they’ve picked it up at an older age,” she says. “I really hope people see stuff in this group and go, ‘I can do this, I am going to do this, because that’s what I want to do.’”

Paton adds that seeing art that unashamedly refuses to pander to traditional standards for what constitutes ‘good’ art can encourage us to be similarly bold in our own artistic endeavours. “When I first discovered outsider art about 20 years ago, I was particularly interested to read that many ‘outsiders’ seemed to share a lack of interest in other people’s opinion of their work – as if they pursued an inner vision regardless of what other people thought,” Paton says. “Now, this probably runs counter to accepted conventional wisdom in art education, but I believe that is actually the best attitude an artist could have.”

Alongside lecturing psychology, Paton says he has painted – “possibly badly” – for decades as a hobby. He even recently exhibited his work at a local gallery, but failed to make a single sale after six months of his paintings being on display. “I took them back home and looked at them and thought, ‘Well I like them and enjoyed doing them!’ – so I am continuing painting,” he tells me. “Message to bad artists: keep on doing it!”

Linkedin
RELATED ARTICLES
OTHER ARTICLES
Rogue landlords are exploiting young and inexperienced renters and leaving them in mental and financial turmoil, reports Niall Hignett.
Yesterday thousands gathered outside Buckingham Palace after news of the Queen’s death broke.
Financial turmoil is pushing people who work in the sex industry into more dangerous and desperate situations as a means of survival.
As the Scottish government announces a rent freeze, an activist with Living Rent who fought and won shares how they did it, and what must come next.
Following the announcement of an 80% hike in the energy price cap from 1st October, crowds gathered outside the offices of energy regulator Ofgem to protest and declare their intention to undertake a payment strike.
Cindy Campbell recounts how her brother ushered in a new era of musical culture at a party she held in the Bronx in ‘70s.