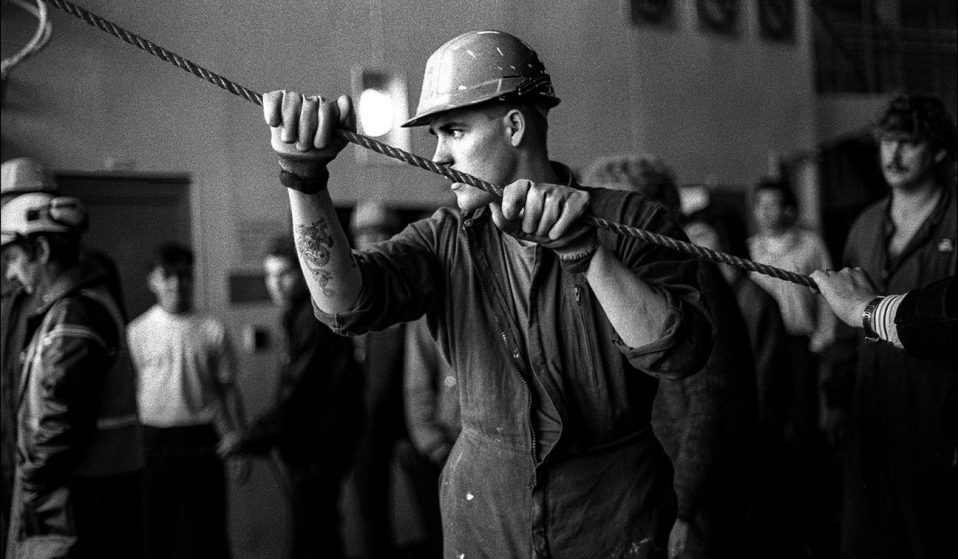 Photographer Janine Wiedel remembers visiting the UK's major ferry port in 1989, where she immersed herself in a world that often felt frozen in time.

Photographer Janine Wiedel remembers visiting the UK's major ferry port in 1989, where she immersed herself in a world that often felt frozen in time.

In 1989, photographer Janine Wiedel was commissioned by the Cross Channel Photographic Mission to spend a year documenting life in Dover and the changes the Channel Tunnel would bring to the people and their culture. Dover, a Port in a Storm (1991) would later be split into two books: Leisure Time Dover 1989-1990 and Port of Dover 1989-1990 (Cafe Royal Books), a series which captured two intriguing and juxtaposing ways of life that resided in the English port town.

“In a sense, it was a silent battle they were fighting. Unlike many of the other projects I had worked on, the people of Dover seemed unwilling to confront the oncoming changes. They clearly had no intention of making the town more welcoming,” says Wiedel, recalling the challenges of the project.

“Dover proved quite difficult in the beginning, as it was hard to discover where to find people and many were reluctant to engage,” she continues. “It was mainly an ageing population, as many of the younger generations had moved on. I was initially looked at as a total outsider. They would talk to me about Dover’s history and the castle but it took time to get beyond that.” 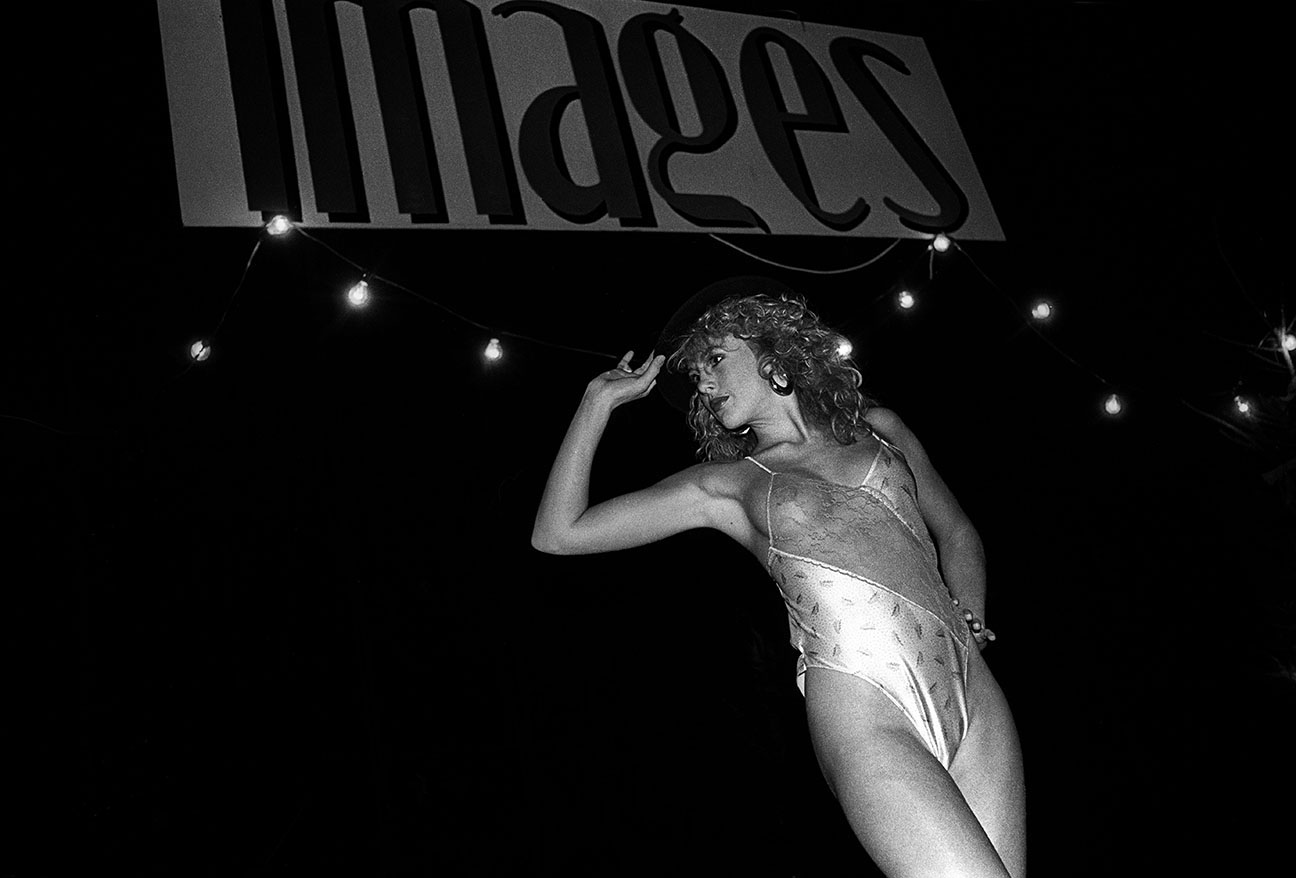 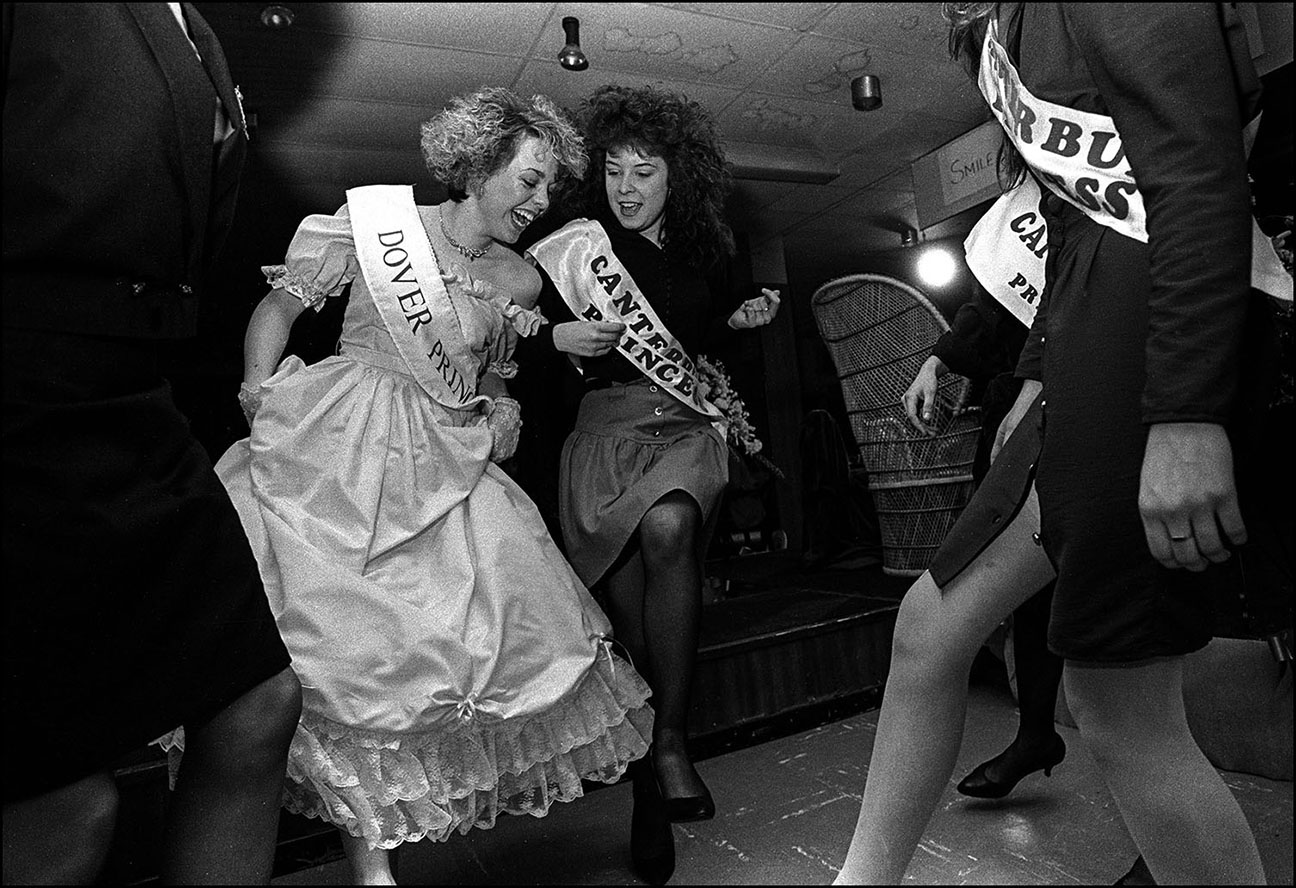 Despite the locals’ initial reticence, Wiedel was eventually welcomed into their world of bingo halls, members-only clubs and tea dances – a world which felt frozen in time. “In Dover, the relative absence of a visible social life made [establishing relationships] complicated,” she says. “After time, I began to find those connections and institutions that people’s lives rotated around. In Dover, I found these to be more traditional English institutions and events.”

Wiedel recalls how there was an air of “unique Englishness” despite the port town being a ‘Gateway to Europe’. “Cafés had an English look from the décor to the food,” she describes. She also experienced the uglier side of this, as some of the locals “would proudly admit that they didn’t want their town ‘taken over by foreigners’”.

“They were staunchly English and were determined to remain impervious to the constant flow of traffic to and from the continent,” Wiedel says. This divisiveness posed a further antithesis between Dover at leisure, with photographs of the locals and Dover at work, with photographs at the port. Wiedel described the two subject matters as “distinct visions of Dover”. 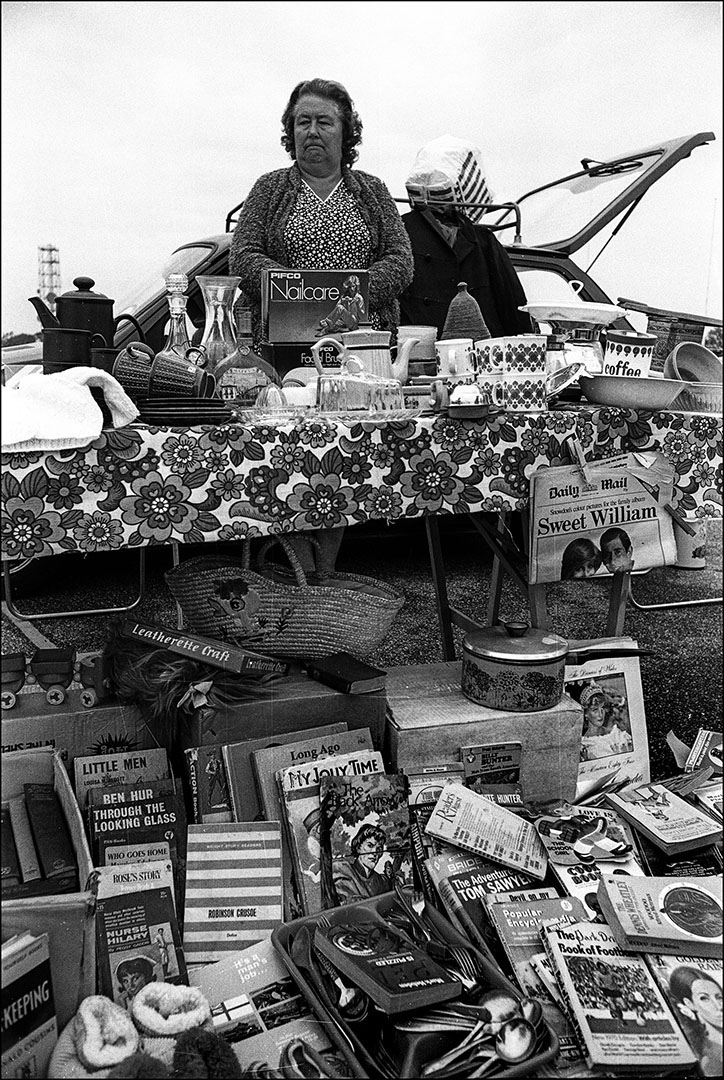 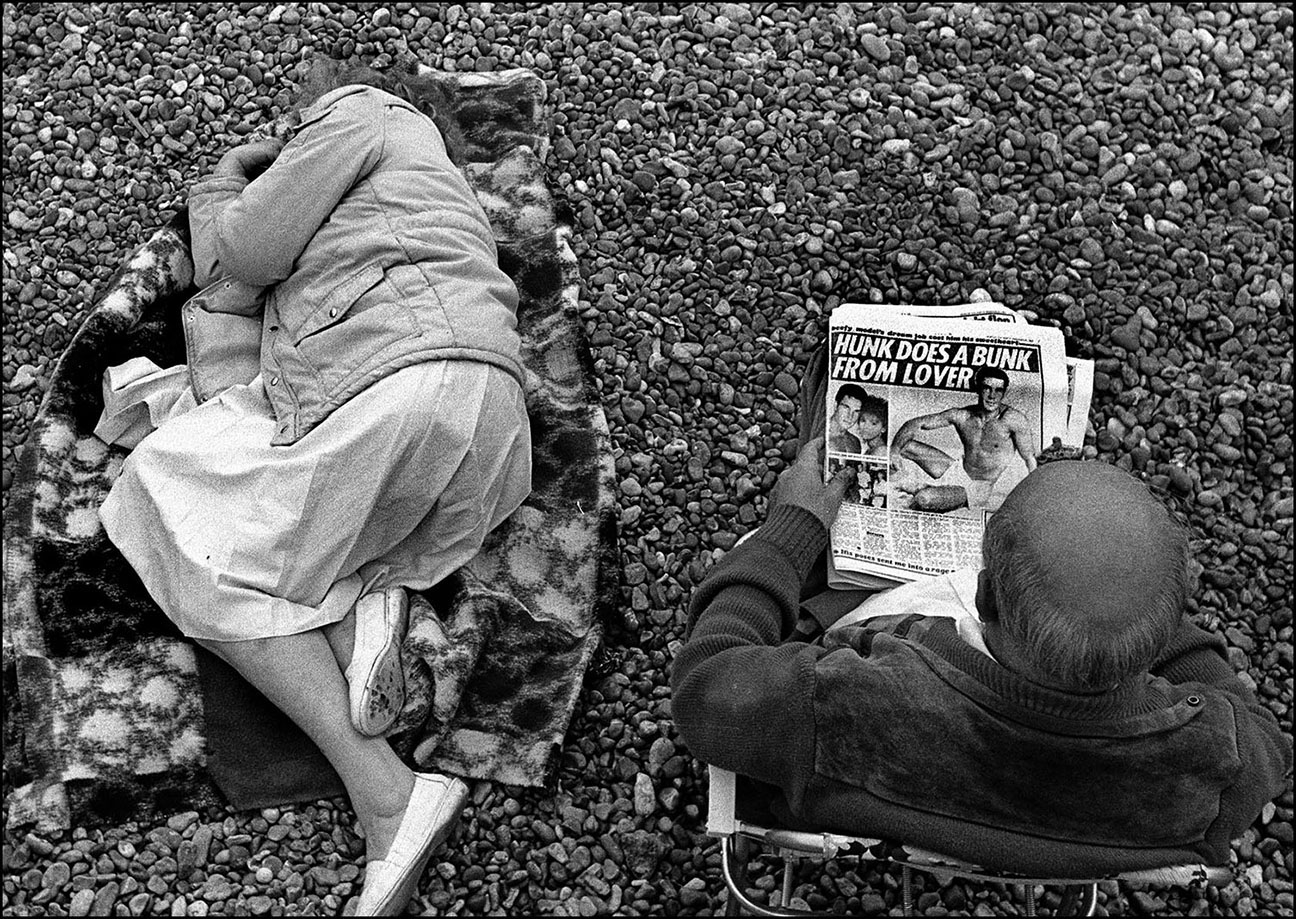 Photographing the port was particularly fascinating for Wiedel. “At the ports, I was able to get some insight into the self-contained lives of the long-haul truckers, who even had solitary meal spaces on the side of their trucks,” she explains. “I was concentrating on the workings of the smaller ferries, whose future was looking grim with the arrival of the new jumbo ferries. Everyone, from the captain to the engine room workers, were very welcoming.”

“I always find the joy of being a documentary photographer is the opportunity to convey aspects of people’s lives or realities which are often overlooked or unseen,” Wiedel says. “I hope that these photographs give some access to a particular port town, at a particular moment.” 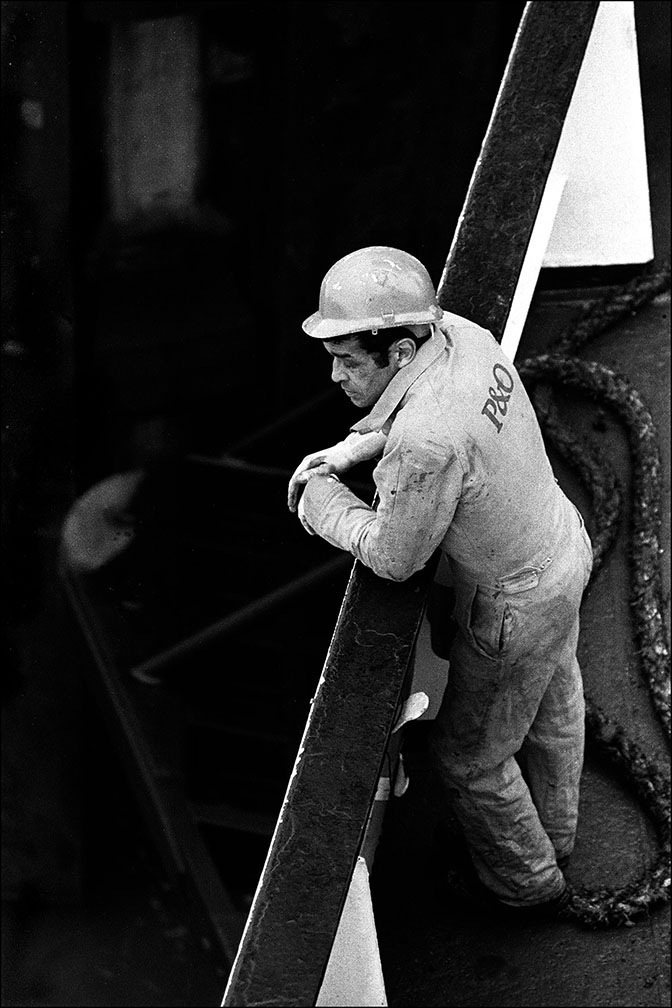 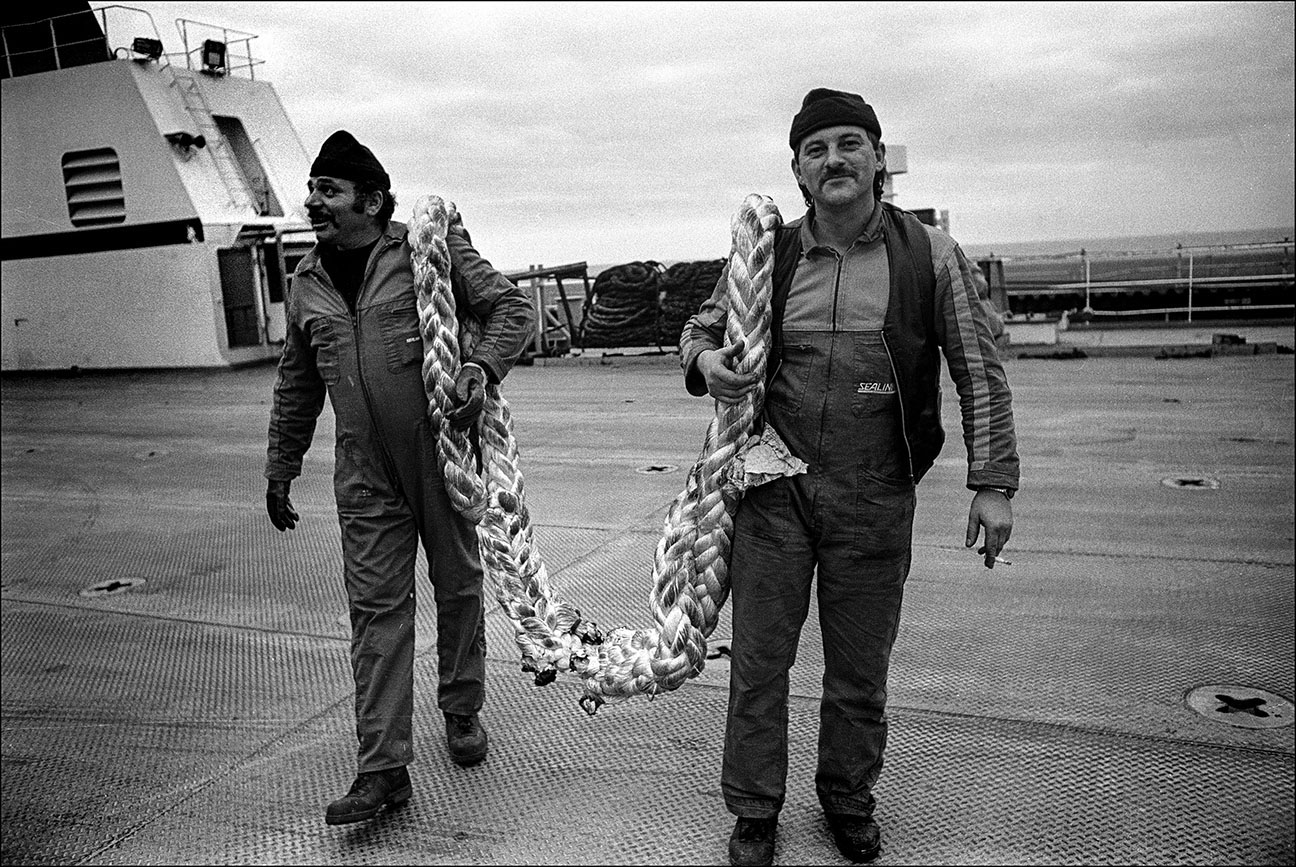 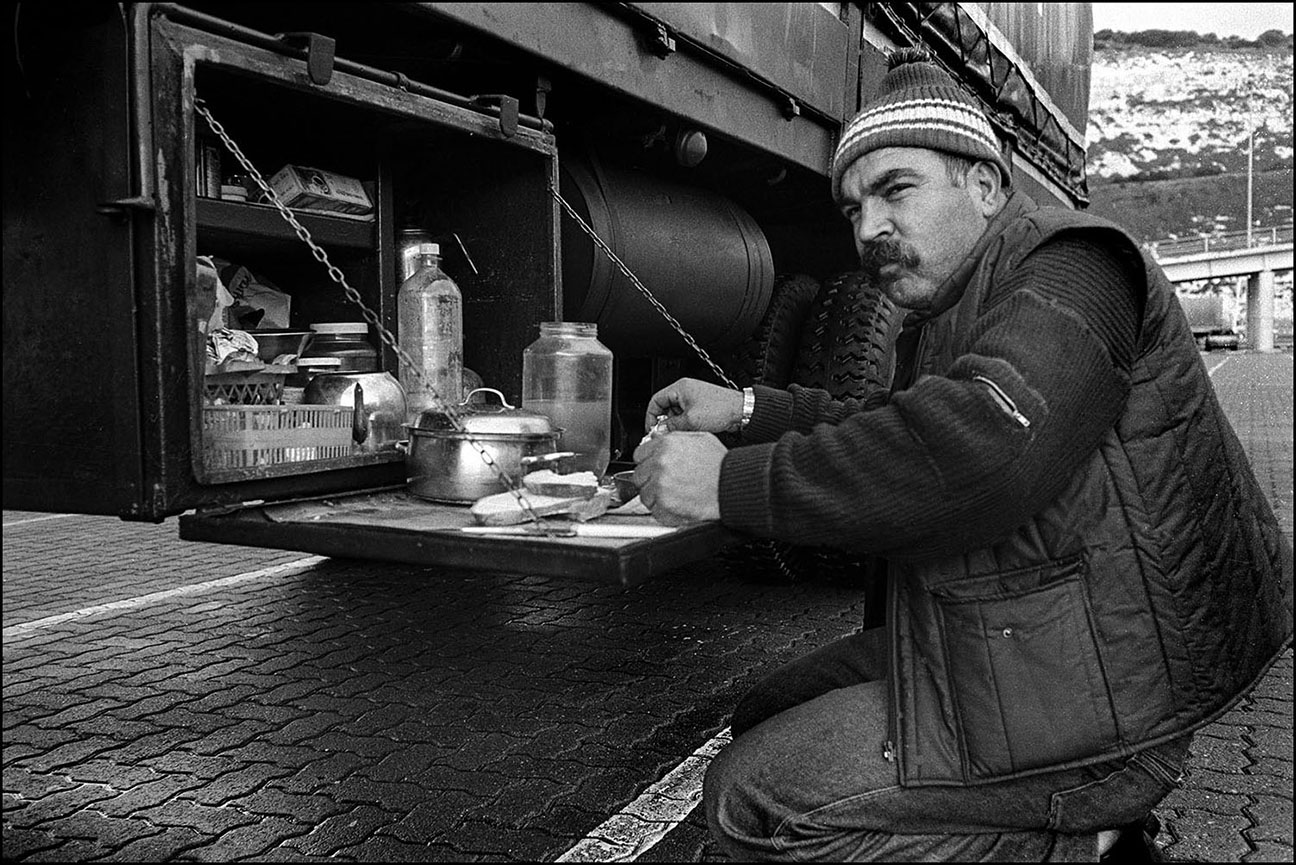 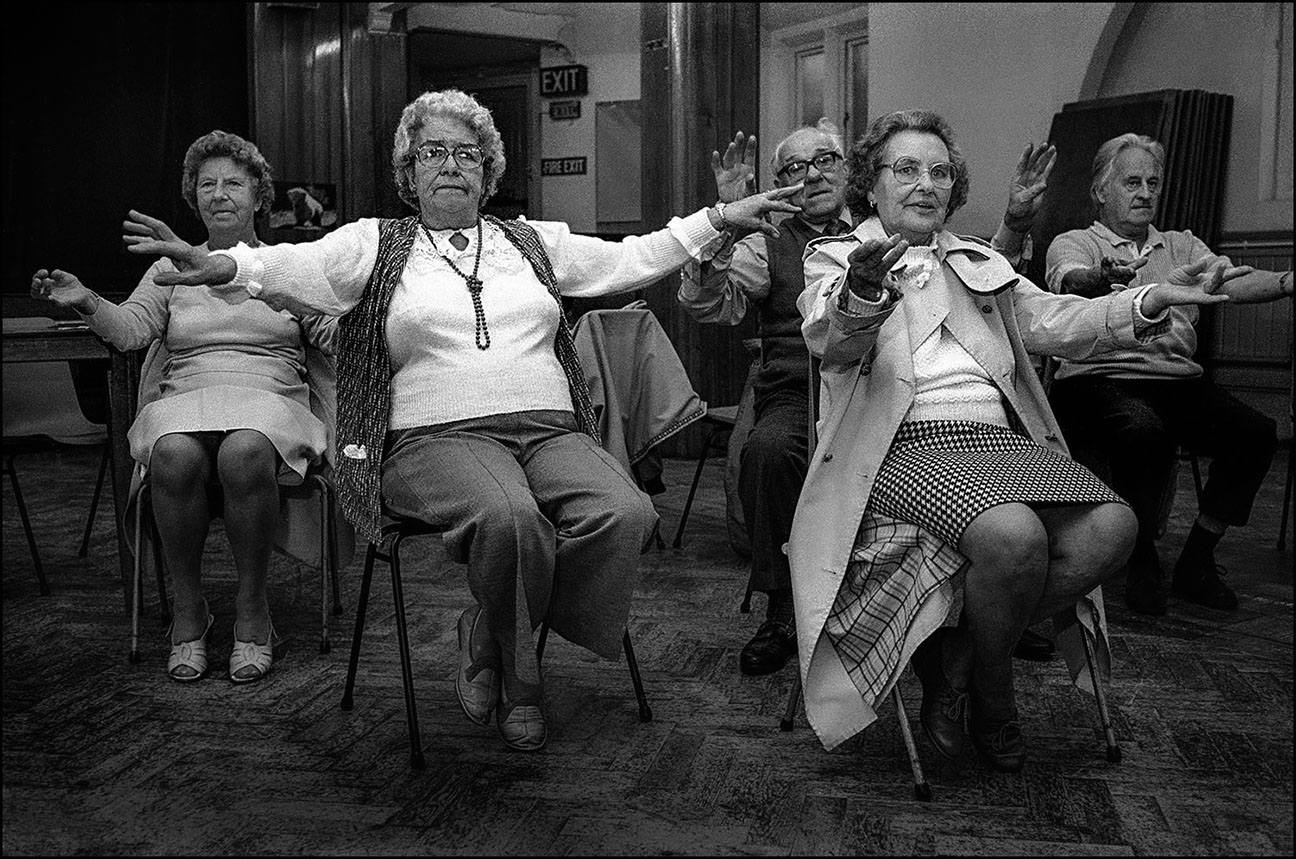 Women doing chair exercises at an over 50s exercise club 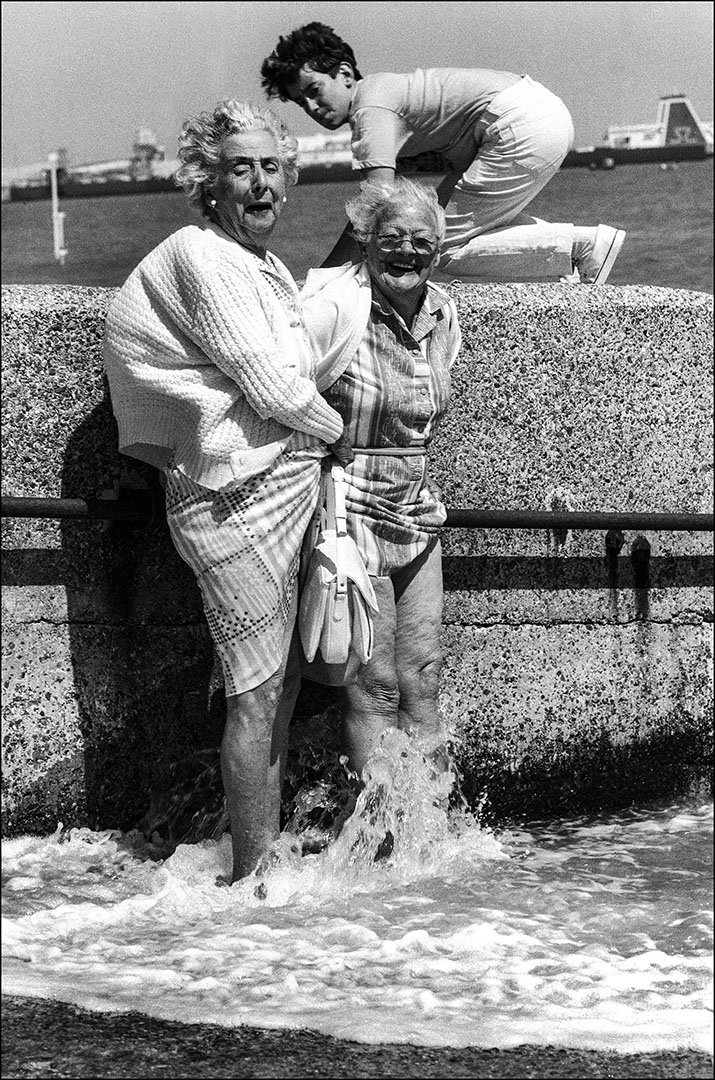 80th Birthday paddle at the seaside 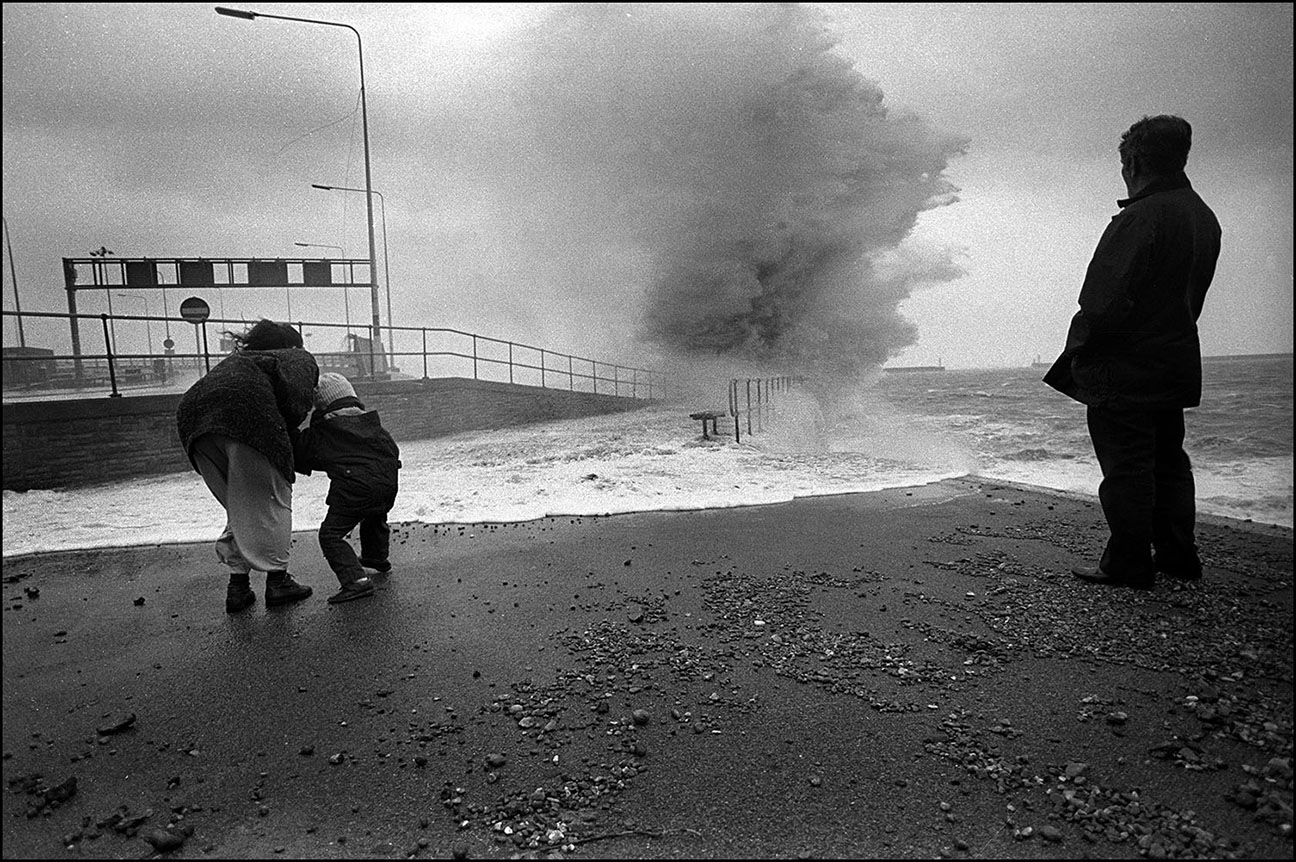 Coastal storm by the seaside 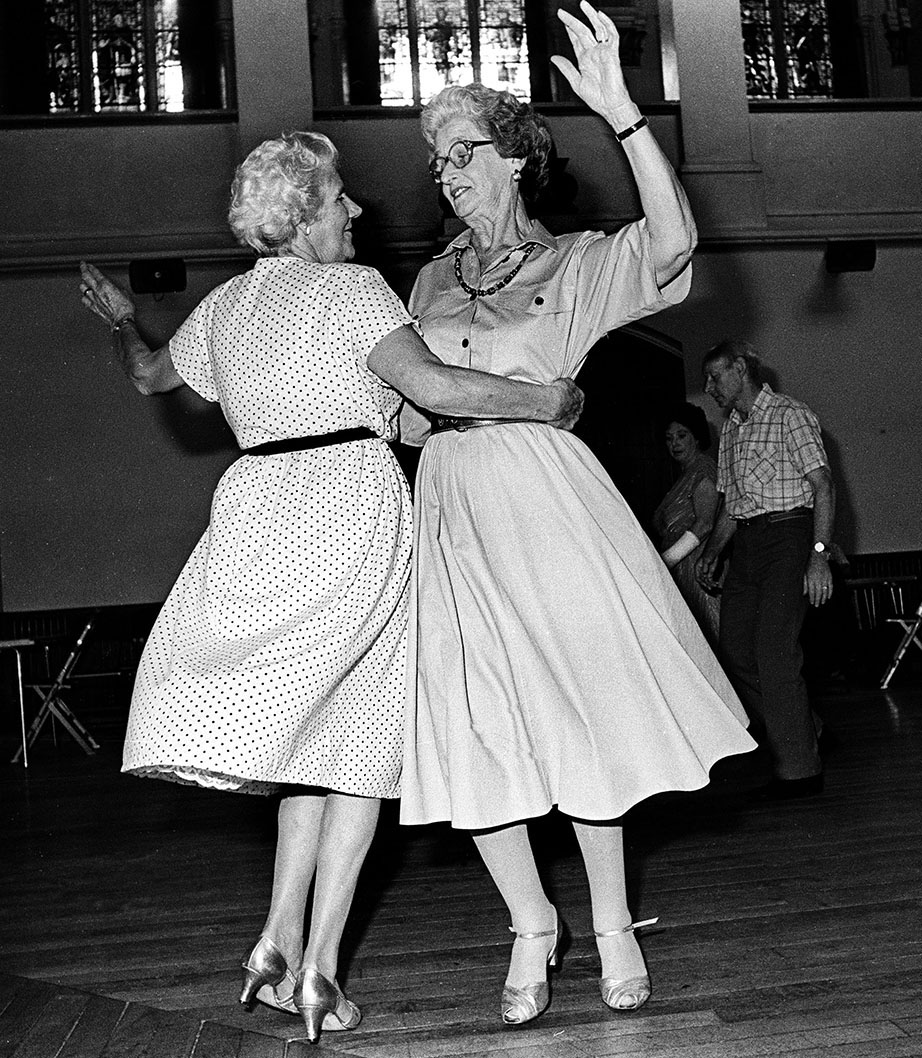 A tea dance in the town hall

Linkedin
RELATED ARTICLES
OTHER ARTICLES
Following the announcement of an 80% hike in the energy price cap from 1st October, crowds gathered outside the offices of energy regulator Ofgem to protest and declare their intention to undertake a payment strike.
With skyrocketing rents, packed out viewings, bidding wars and more, renting in London has never been harder.
Thousands attended the annual event this year to wheelie through the city and call for ‘knives down, bikes up’.
Cindy Campbell recounts how her brother ushered in a new era of musical culture at a party she held in the Bronx in ‘70s.
The idea that a younger generation is abandoning work has become a popular narrative online, but it doesn’t necessarily reflect reality.
A group of young Palestinians have found temporary freedom in the act of parkour, reimagining wreckage and ruins as a series of high-octane playgrounds.