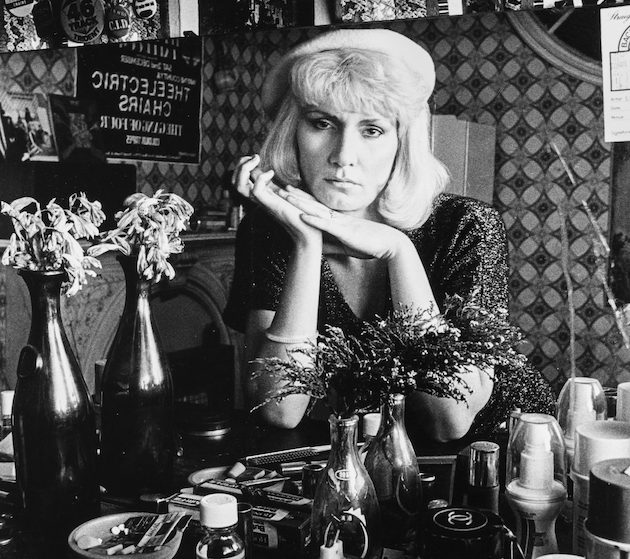 The punk icon recalls living through the ‘60s art scene surrounding Andy Warhol‘s Factory, being on the frontlines of Stonewall and accidentally giving her ideas to David Bowie.

Following the release of her memoir, the punk icon recalls the ‘60s art scene surrounding Andy Warhol’s Factory, being on the frontlines of Stonewall and accidentally giving her ideas to David Bowie.

Jayne County has been many things. An actor and playwright, the now-73-year-old trans woman appeared in Andy Warhol’s Pork and wrote the play World – Birth of A Nation (The Castration of Man), in which John Wayne anally gives birth while sniffing poppers. As the singer of Wayne County and the Electric Chairs, and later Jayne County and the Electric Chairs, she was the first openly transgender singer in rock. She has been a sex worker in Berlin, a real estate telemarketer in Atlanta, and a resident DJ for iconic New York venue, Max’s Kansas City. And still there’s more – so much more, that even she can hardly believe it herself.

Her memoir Man Enough to Be A Woman spans from her childhood in Georgia to the present day, through Beatlemania and the British Invasion and on into Andy Warhol’s Factory, the Stonewall riots, and punk. As she reminisces on lovers lost and recording contracts gone awry, Jayne also charts the trajectory of LGBTQ+ liberation over the last seventy years. Man Enough to Be A Woman both lays bare the drastic gains in gay rights since the 1960s, and touches on how mired in bigotry the world still is. It also looks in on some unbelievable parties.

You’ve said that of all the things in the book, the thing most people want to talk about is Stonewall. What’s your perspective on it now?

I did not imagine it would be remembered as quite a big thing as it is now. [At the time] people thought gay people just accepted being downplayed, just accepted being cast out of society and abused. So when the Stonewall riots happened, I think people started to realise there were a lot more gay people around than they thought. Everyone else was standing up for their rights, but it was really something else when gay people stood up and started defending themselves.

There’s an idea of Stonewall being a big crowd, quite diverse, led by trans women of colour. Is that accurate?

There were a lot of drag queens who had on women’s clothes or they had on makeup or had it half-on. We called it ‘semi-drag’ back then. A lot of queens were actually out front in the riot. I marched up and down Christopher Street, we were just walking back and forth shouting “Gay Power!”. It was such a feeling of freedom. It felt like you were walking on clouds.

But there were more people standing around and watching than participating. They were the more regular looking gay people, who were probably very secretive in their gay lives. I guess they were afraid that somebody might see them or somebody would take their picture. It was all kinds of people, Black and white, all kinds of gay people. 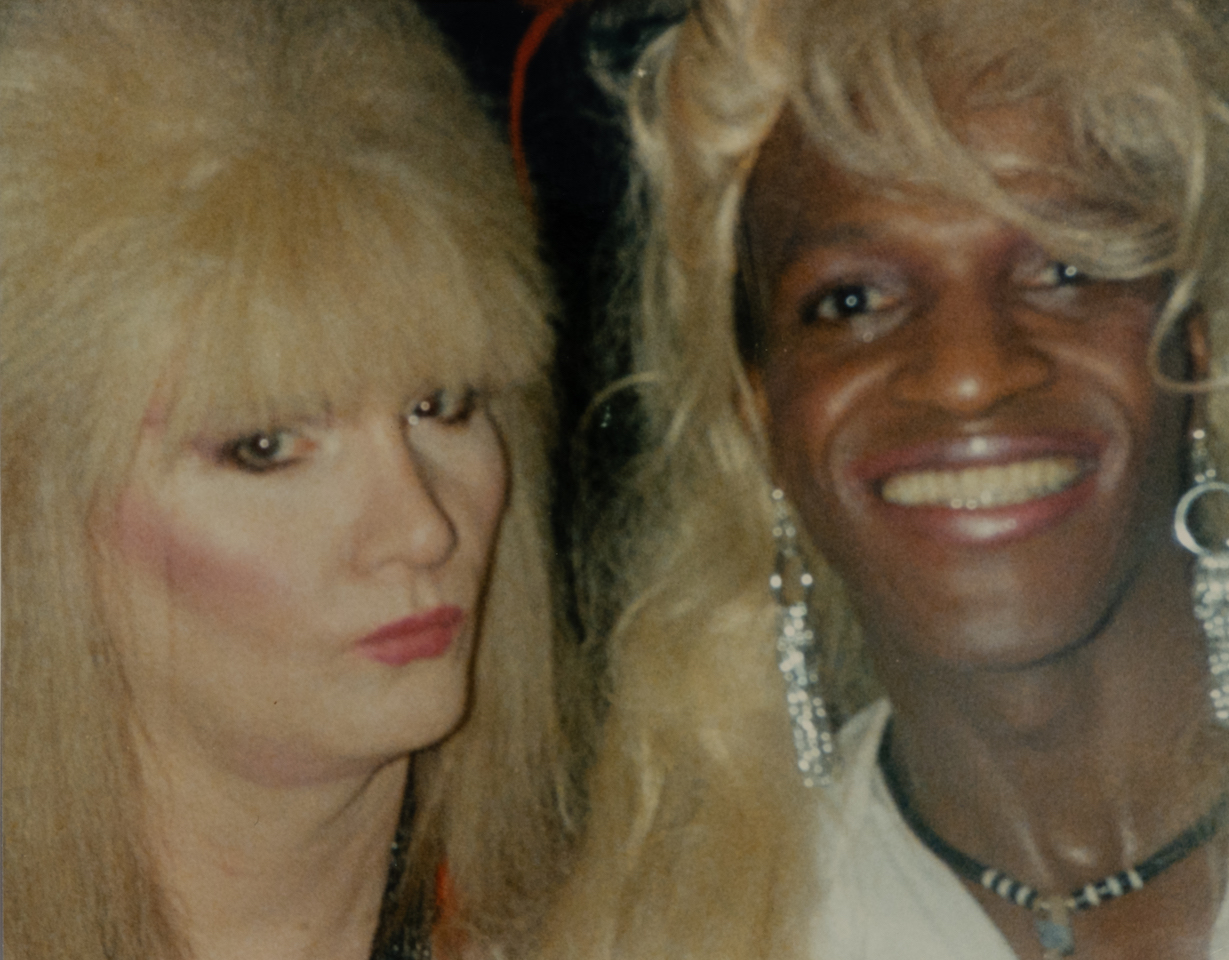 Jayne and Marsha P. Johnson – From the personal collection of Jayne County

Before New York you lived in Atlanta, and the gay scene you recount seems quite liberal on the surface, but was really segregated. You write that the Atlanta queens wouldn’t go out with a Black person. How do you grapple with that now?

It’s racist, that they didn’t want to go out with Black people. I always thought it was hypocritical, myself. But my mind was a little more open than a lot of the other queens around me, and when I would say something they would kind of pooh-pooh me.

You write that most people who were presenting as women almost full-time then called themselves gay, and sort of rolled their eyes at people calling themselves transsexual.

We didn’t even know the word ‘transsexual’ then, very few people used that word back in the ‘60s. People would say, ‘Oh she lives in drag’. Without the words and the [terminology], it was hard to pinpoint what people were thinking. A friend of mine took me over to see this person that she knew, and she said ‘She’s living in drag’. I went [gasps] ‘Really? Living in drag?’. We went and she had her hair all done up, and it was the middle of the day and she still had all her feminine clothes on and she looked like a woman. We were amazed.

The book includes sexual assault, hate crimes, people you were close to dying tragic or violent deaths. It seems like a brutal time to be gay. Did it feel that way at the time?

If you didn’t mind your Ps and Qs, you could get in a lot of trouble. We knew it could be dangerous, but we didn’t think too much about it. We just went on with our lives. But we had to be on guard. Guys used to jump out of the car and try to beat us up all the time, but we laughed about it. We thought it was funny. That’s tragic really, but the way to cover our feelings was to laugh about it.

Once some people were harassing us out of a car so my friends and I went and hid, and they parked the car and we pelted the car with big rocks. Then we ran off again screaming. We all ran off in different directions so that if they jumped out of the car to chase us they’d have to stop long enough to see who to run after, and by that time we’d be out of there. 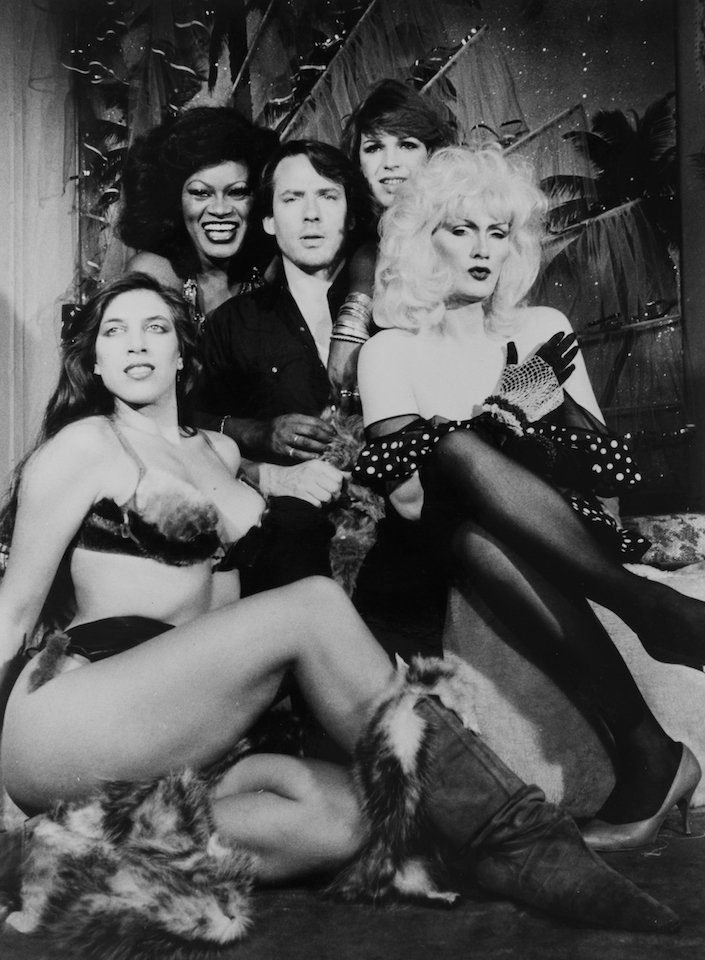 You write about the Theatre of the Ridiculous, and your idea that if you enact a perversion often enough it stops being a perversion. Can you talk a bit more about that?

The play I wrote is saturated with all kinds of sex and depravity. It was saturated with it to the point where it was like drinking water; it was nothing. The play was called World – A Birth of a Nation (The Castration of Man). In it, John Wayne gives birth to a baby out his asshole while sniffing poppers [laughs]. Oh god, it was gross. I mean, how in the world we got away with that I do not know. We had a necrophiliac and anytime someone died in the play she’d go over and hump their dead bodies. It was just so over the top that it was beyond shockable. I wrote it on purpose to be shockable.

All that fed into your music, which alongside people like the New York Dolls influenced people like David Bowie, right?

We did Andy Warhol’s Pork, and we went to London to do the play at the Roundhouse. David and his wife Angie came to see that, and David ended up hiring people from that play to work for his management agency. David was still visually straight-ish, he wasn’t really freaky looking until he met the cast of Pork.

And then you were signed to his management company and tried to make a record after that?

Yeah, I was trying to make a record. David promised to produce me actually. He was interested in producing me because I had sent him my demos and he loved them, but he ended up never producing them. What happened was a lot of the ideas on those demos appeared on his records. He just took the ideas and used them for himself [laughs]. I learned a lesson that way. All the songs that had androgynous themes to them, I handed them to him and he just used the ideas really. But he was known for doing that. He used everyone’s ideas. 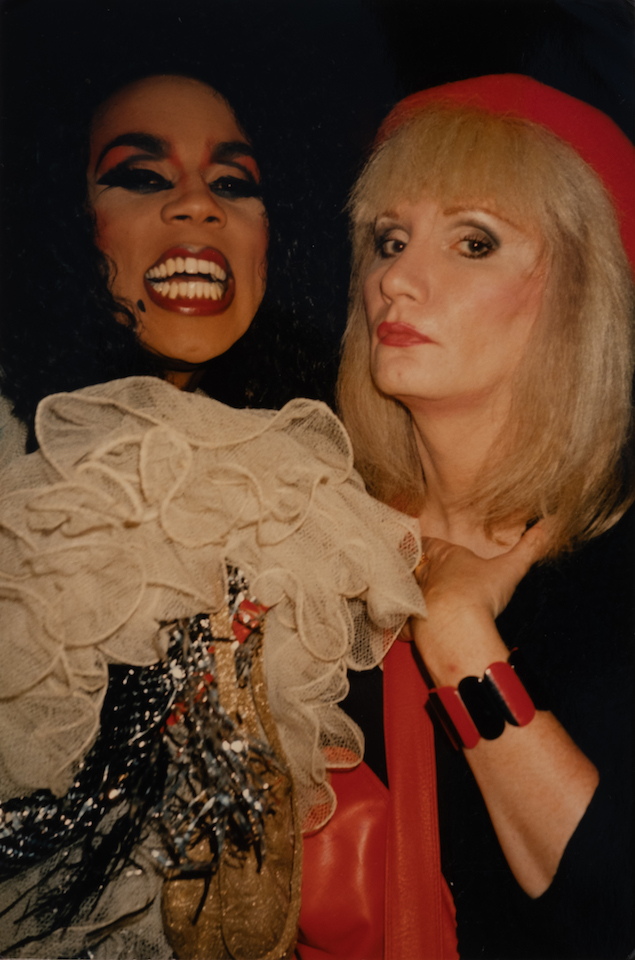 Jayne with Ru Paul – From the Personal Collection of Jayne County

You suggest in the book that Bowie wanted to be the ‘number one freak’ and that maybe the management company considered you too gay.

They considered me too far along the line. I was just too far out for them. And David was flirting with bisexuality and androgyny, playing parts. David was a good actor. It’s hard to pinpoint how he really thought. As far as David goes I would say he was basically straight but I don’t think he’d turn down a bisexual thing. But he liked trans women. Back then we called him a ‘tr*nny fucker’.

I know that’s quite brash, but that’s what people called him on the New York scene. But he identified as straight. He saw that the whole bisexual thing could be turned into something and he just grabbed it, he used it for his image. I don’t think he was an active bisexual.

You were writing androgynous, sexual songs – do you think punk was a unique environment to do that?

I think punk laid out a little road for people to express themselves more openly. I was doing it in an androgynous way, a more gender-bender way back then. I just kept on doing what I’d been doing all along and punk kind of caught up with me. I’d been doing all that for the longest time, for years and years onstage at Max’s Kansas City.

Gay and trans rights have undeniably improved, but we still have absurd fights about bathrooms and sports. What’s your view on the culture now?

I think that there’s still a lot of hate in the world, and a lot of hate in Britain and hate in America. It seems the more they know, the more they’ve got to hate. If you’re going to be open and live an open life, a free life, there are going to be people around you that are going to hate you for it. It’s still dangerous. Trans women particularly are being murdered left and right. It’s just unbelievable. I’m shocked by the transphobia in Britain at the moment. It’s so sad for me because I’ve always loved Britain. I hope it doesn’t last much longer. I wish people would just shut the fuck up [laughs].

They’re still trying to hold us back. Not only hold us back but take away what we’ve got. You need to look around you, because it can be very dangerous, and all you can do is try to stop these people, and stay out there. I would say fight back. Fight them back any way you can. Because when you stop fighting, they’ve got you. They’ll try to eradicate you. 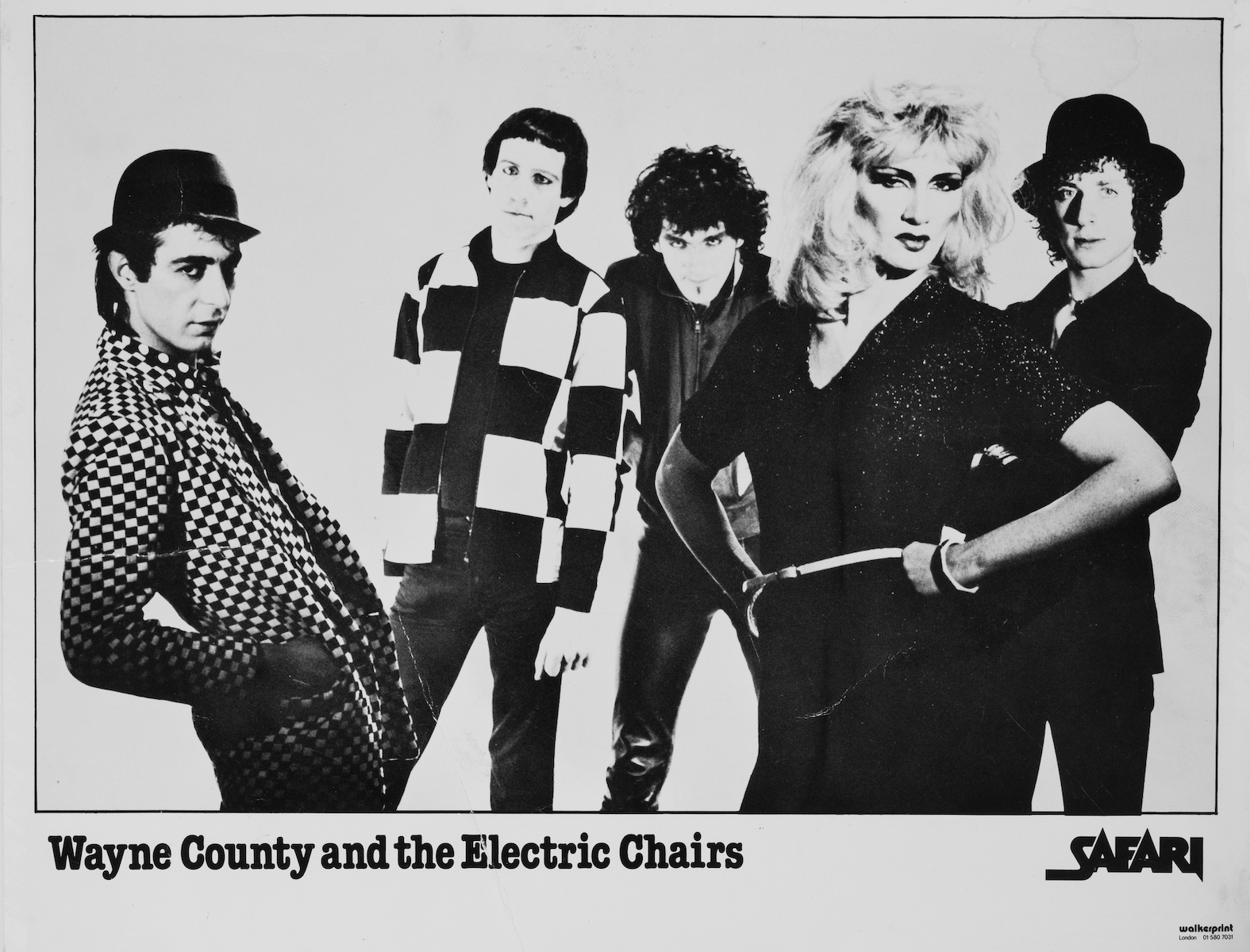 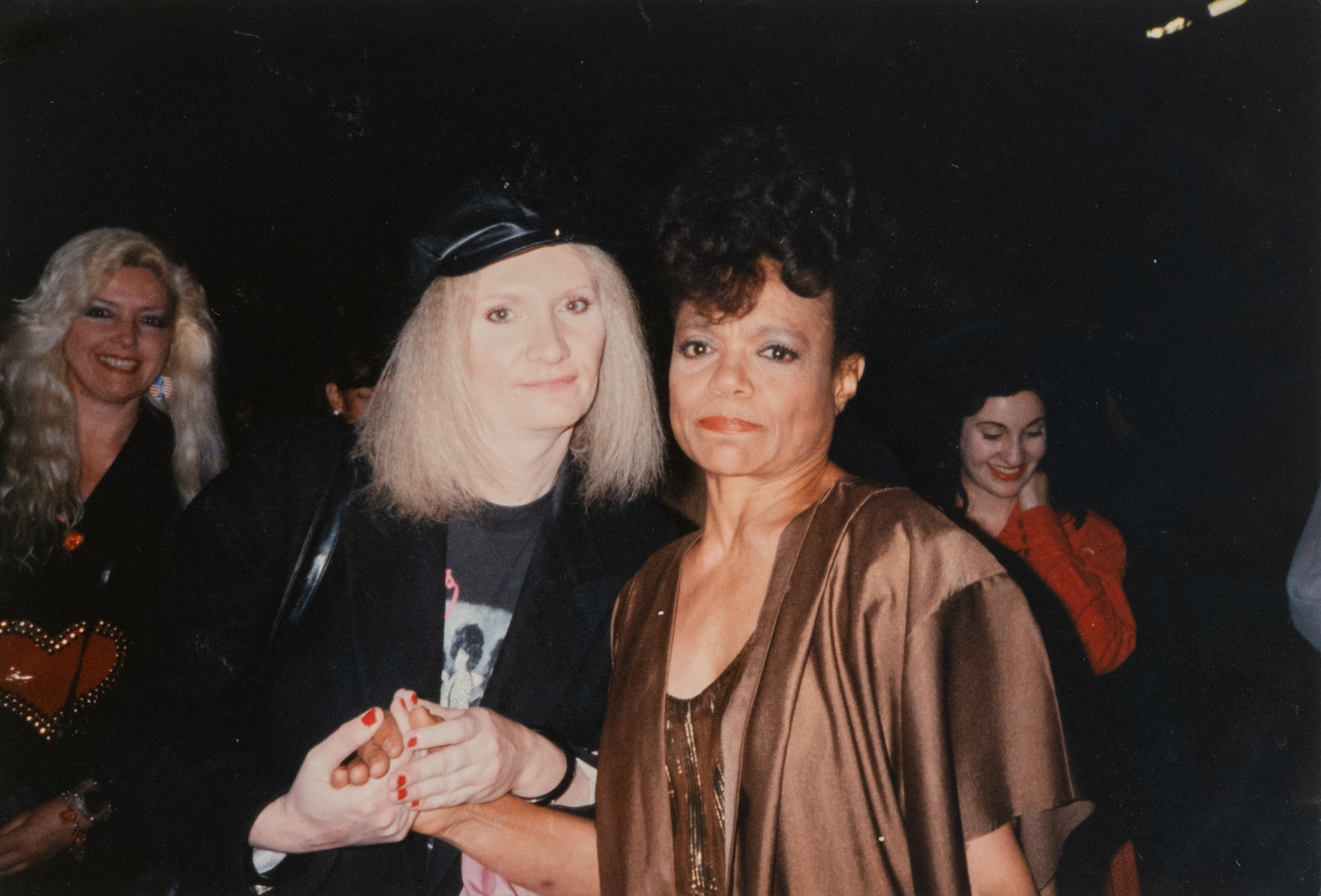 Jayne with Eartha Kitt – From the personal collection of Jayne County 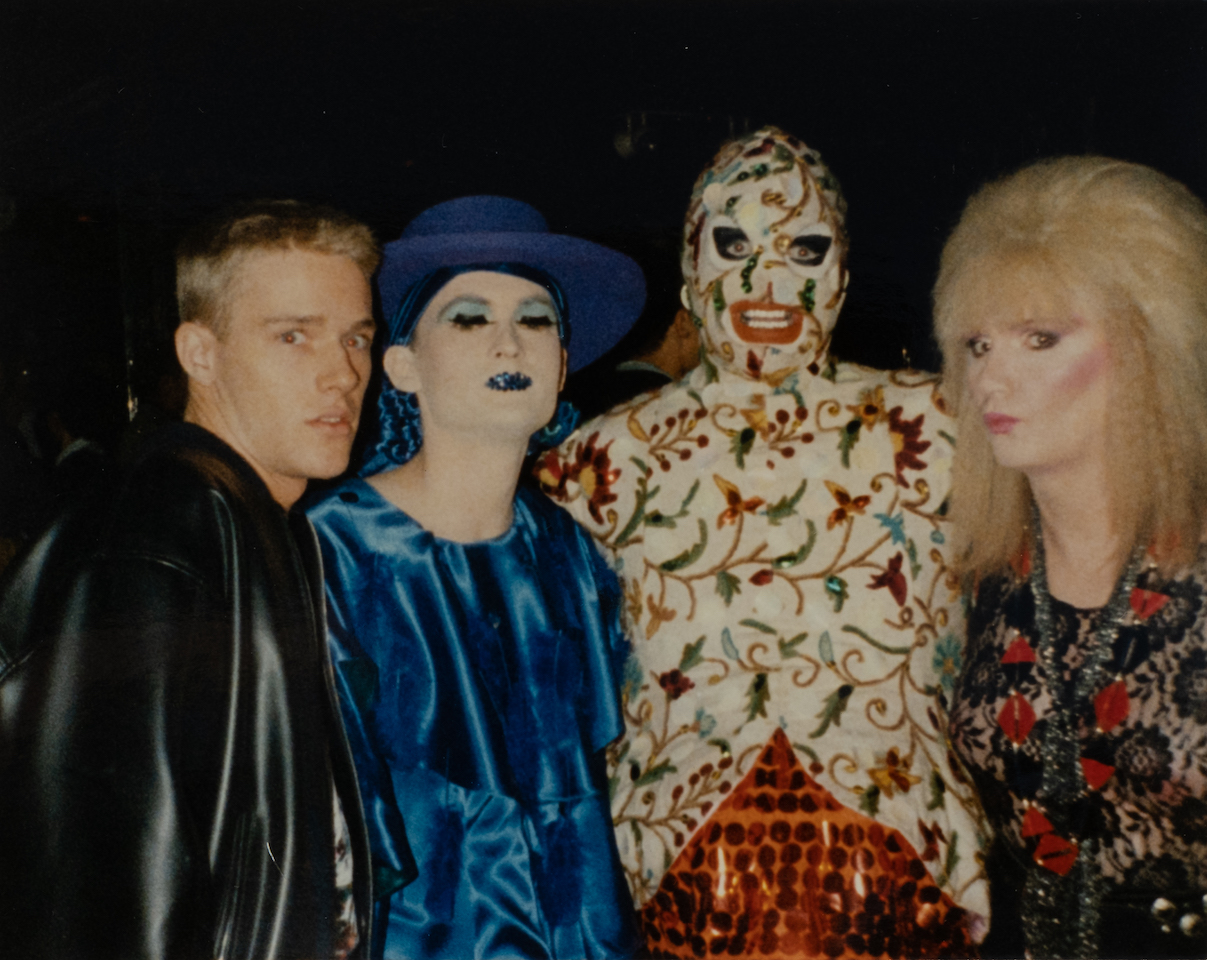 Jayne with Leigh Bowery – From the Personal Collection of Jayne County

Man Enough to Be A Woman is out now on Serpent’s Tail.

Linkedin
RELATED ARTICLES
OTHER ARTICLES
Photographer Sean Maung reflects on documenting a small town in Pennsylvania afflicted by high levels of unemployment, poverty, violence, crime, and addiction.
Following the release of his debut single, Deyaz talks battling addiction, dealing with his struggles through music, and building a budding music career from his living room.
Filmmaker Laura Poitras discusses her new documentary which traces the remarkable life of the artist-activist and the impact of her battle against the US opioid crisis.
Activists and campaigners are fighting back against new laws that would seriously undermine the ability to take industrial action, calling it an attack on fundamental workers' rights.
After blocking the Scottish government’s gender recognition reform bill, Westminster is now devising further changes to the law to make it harder for trans people to self-identify.
Theo McInnes’s photos of the annual event provide an intriguing snapshot of contemporary Britain.