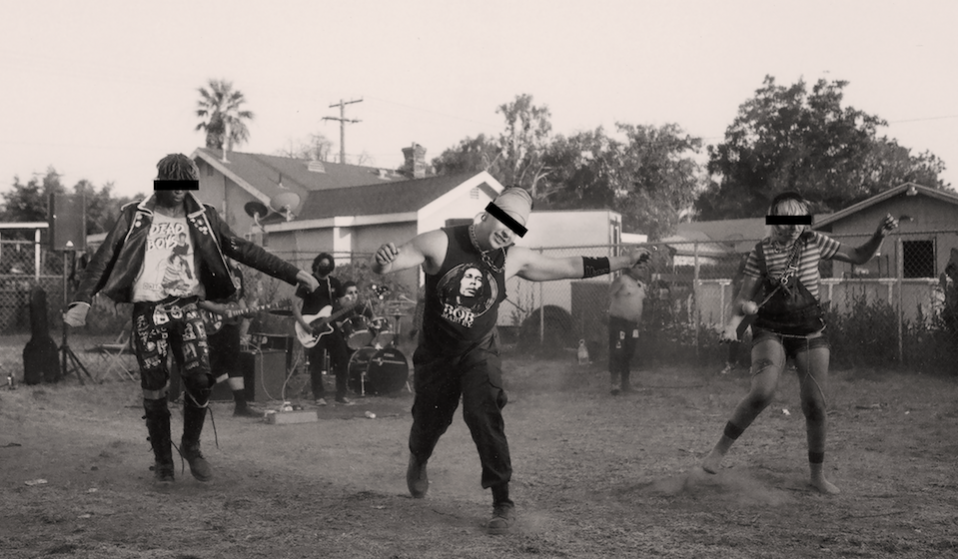 Last summer saw a string of raucous outdoor gigs in Los Angeles. Many attendees wore masks and at some of the shows, there were temperature checks before entry – critics say they’re being reckless, but they claim they’re just keeping their scene alive.

On June 26 in Riverside, the Covid-19 pandemic was in full swing and the state of California was officially in lockdown. At that point, there were 200,000 active cases in California and the state’s death toll was approaching 6,000.

“It was really dirty and the kids really showed up for that one. I think that was at the peak of Covid,” says Drew Kelley, a freelance photojournalist who went to the Riverside show to take 35mm photos. Drew was impressed by the effort, passion and Covid-safety that had gone into creating the event.

“These kids are not letting their scene die. They’re taking it upon themselves to make it work,” says Drew. By this point, Drew had attended a few backyard punk shows around the LA area, and says that the people who’d been organising and attending them were making an effort to ensure people wore masks and stayed as safe as possible. At one particular show, he noticed that the promoters had a thermometer gun and were checking peoples’ temperatures before entry. 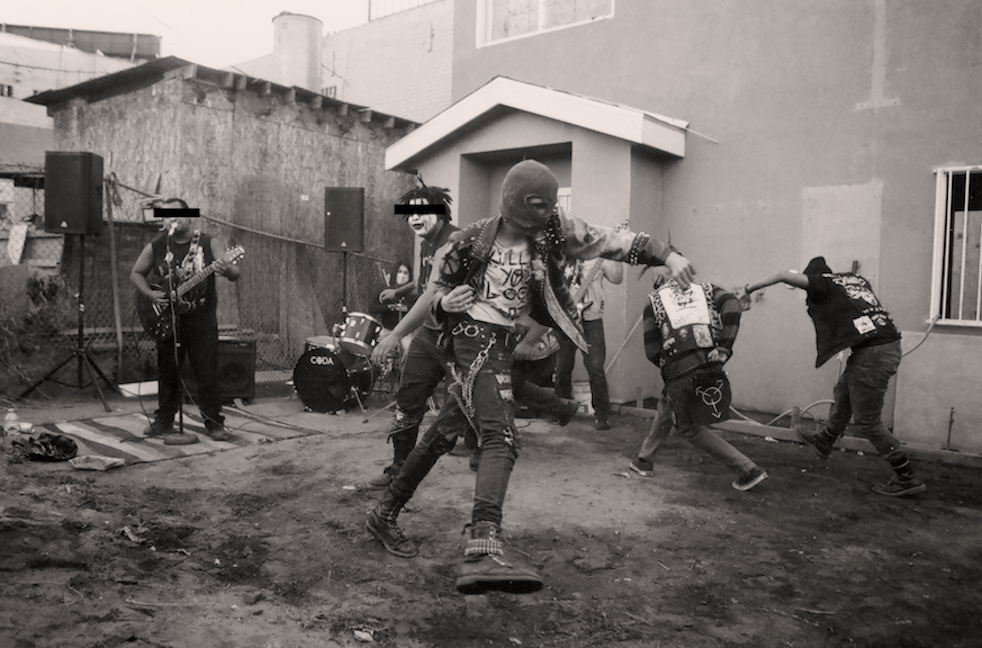 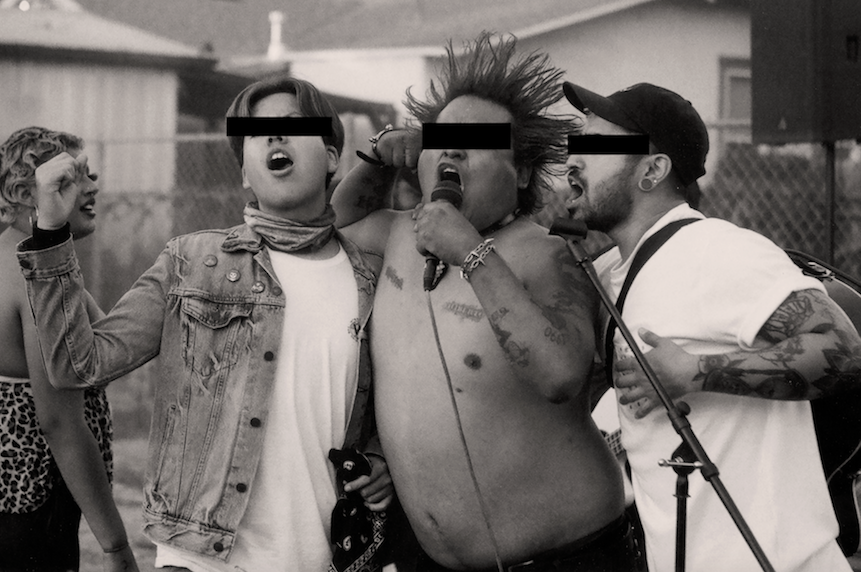 The official public warning, according to the California Healthline, was to wear a mask and keep a social distance from people. These were DIY punk shows, so the rules weren’t enforced as strictly as they might be at a bar or another state-regulated venue, but nevertheless, there was a noticeable effort among attendees to keep a distance.

Alonzo Acevedo, better known as Beko, is the singer and frontman of Lazy Dream, a multi-genre punk band who are from Compton and have played “at least 15” of these DIY backyard shows since the pandemic began. He tells me that initially, he and his bandmates weren’t sure whether it was responsible to be playing these gigs.

“[The promoters] informed us that they highly encouraged wearing a mask or they required everybody at the show to wear a mask, for everybody’s safety. So that’s how they battled the whole Covid thing,” says Beko. “We would always wear masks. And also, we’d try to keep our stuff as sanitised as is possible at a backyard show. Even though that’s really difficult… We felt like, if we were going to catch Covid, it would be because of us and our own negligence, rather than to rely on somebody else.”

This attitude – of taking personal responsibility for yourself and your actions, despite what the rules say – is a common one in the DIY punk scene. He explains the attitude this way: “Our whole method is do-it-yourself. We were tired of waiting for people to do the recording thing, so we just did the recording ourselves… With the shows, we did that as well. We were like, ‘Ok, we have this backyard right here, might as well throw a show. Because if no one’s going to hire us or invite us anywhere, might as well do it ourselves.’” 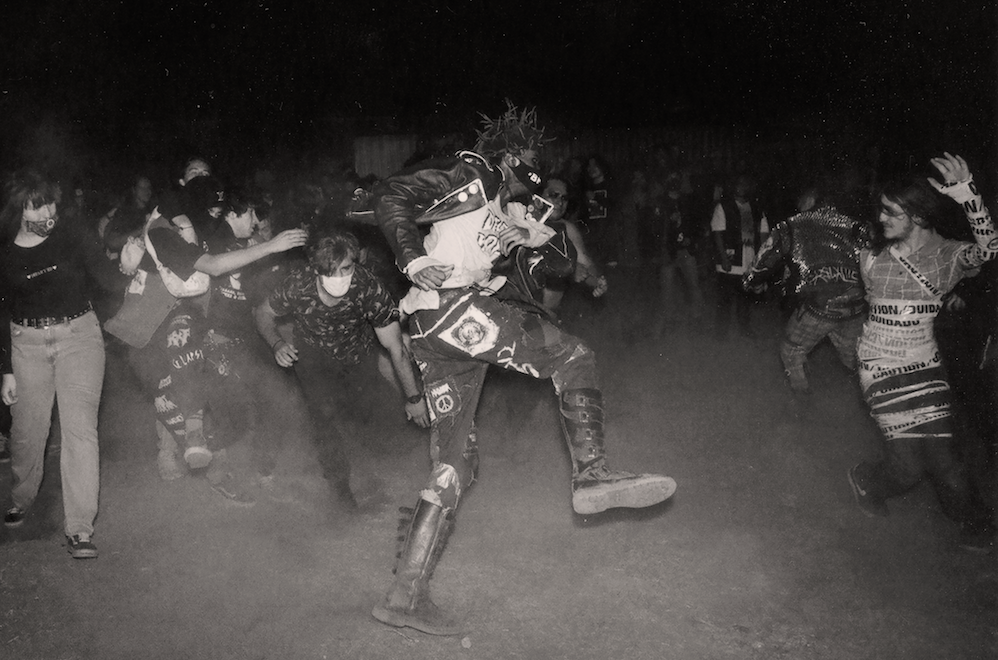 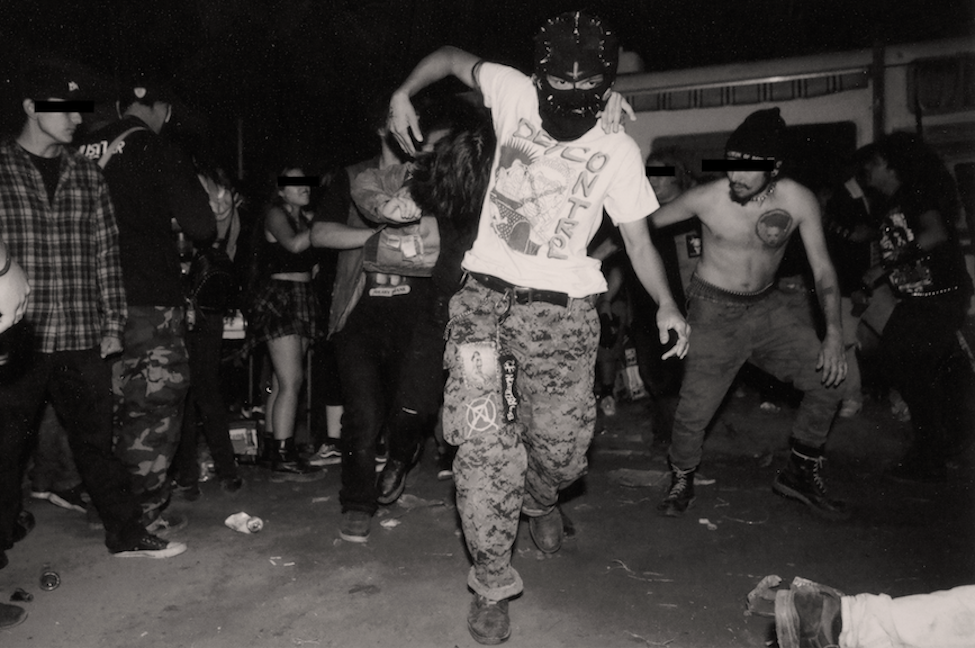 Another person who showed up to IE Fest in Riverside goes by the name of Lazerwave. He’s a 19-year-old African American who has been a staple at these backyard punk shows and considers himself a gatekeeper of the scene. When I chat to Lazerwave over the phone, he’s in the process of dying his cousin’s hair blue.

“He’s basically transitioning,” Lazerwave laughs, referring to his cousin’s hair, “I see him wearing Doc Martens now and fuckin’ Dead Kennedys shirts and he wants me to give him liberty spikes at the next show we go to.”

Lazerwave has been going to backyard punk shows since well before Covid and he says that for him, the pandemic hasn’t changed the spirit of the scene all that much. The shows are still DIY and still high energy. Lazerwave lists off Violent By Nature, Minority, PBMM, Cause of Aggression, Horror Show, Night Stalker and Lazy Dream as the bands that have stood out to him in the local scene.

The legal status of these shows is a tricky question. Stay at home orders have been implemented at particular times during the pandemic, but then relaxed again. Essentially, the police can use their discretion to decide on whether they break up a private gathering in someone’s backyard. Lazerwave says only two shows he has attended have been broken up by the cops. 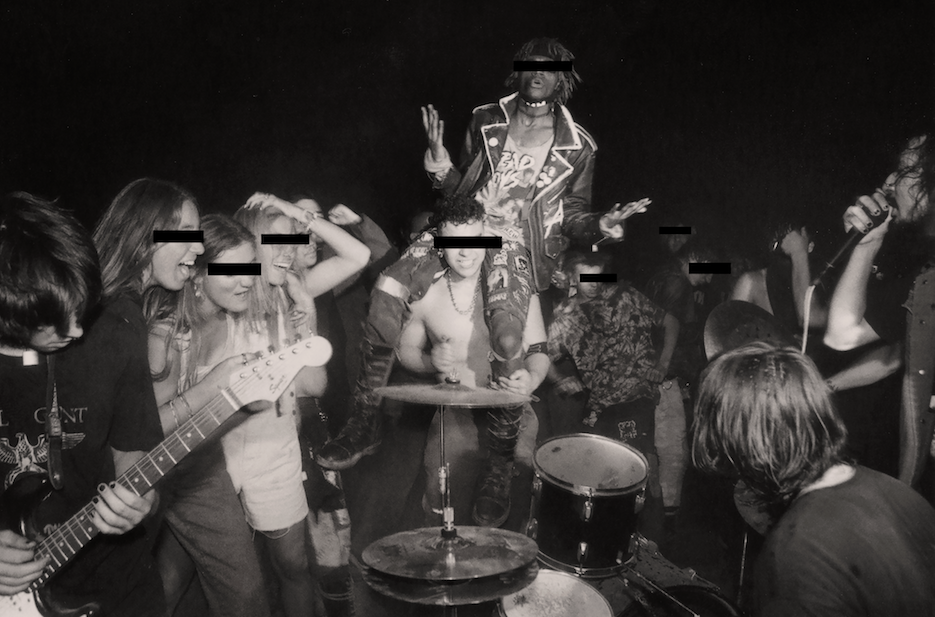 For the most part, it’s impressive how many of these shows have gone ahead without any intervention from the police or authorities. Beko puts this down to the cops being “lazy” rather than an indication of support from the authorities. 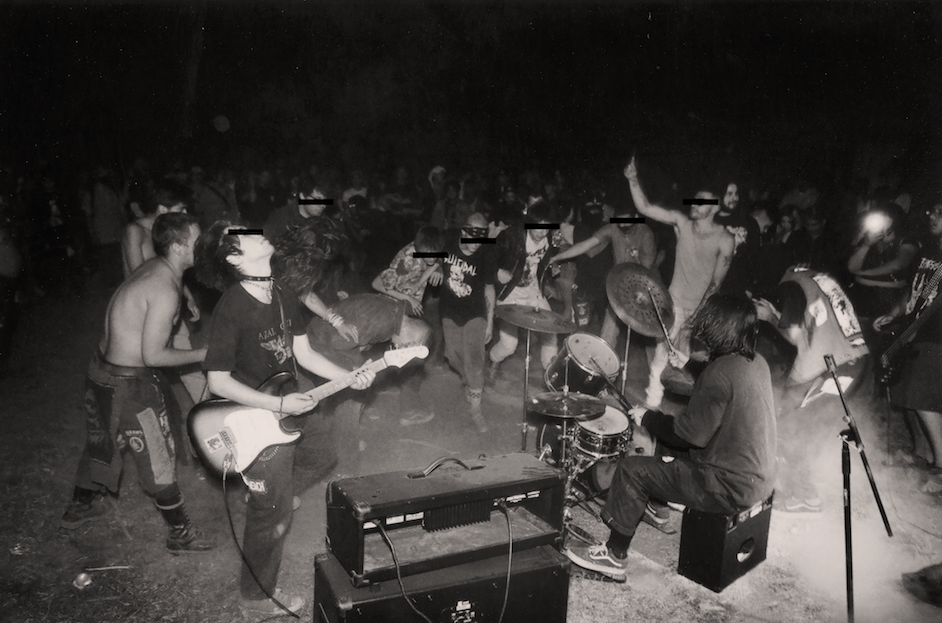 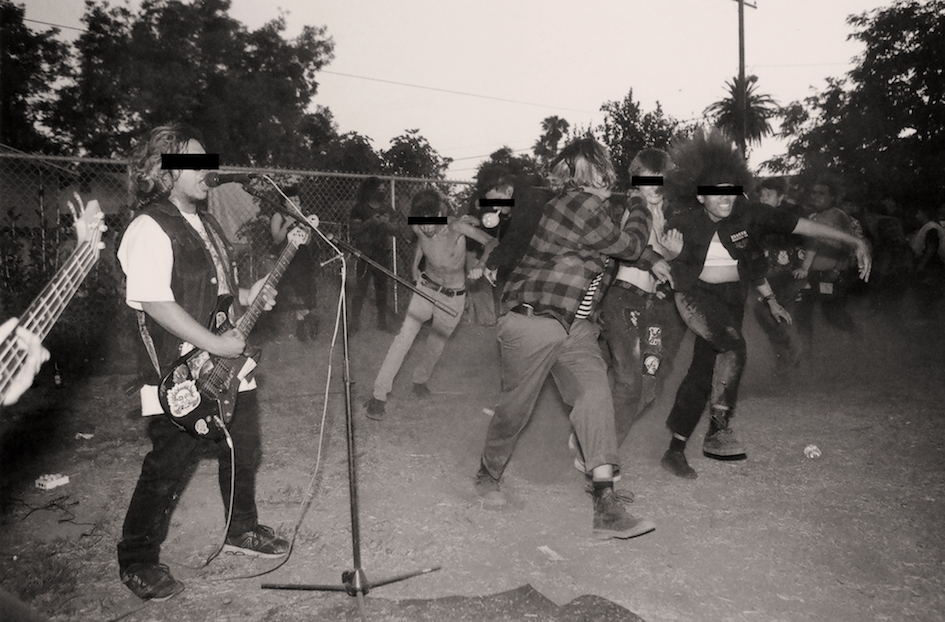 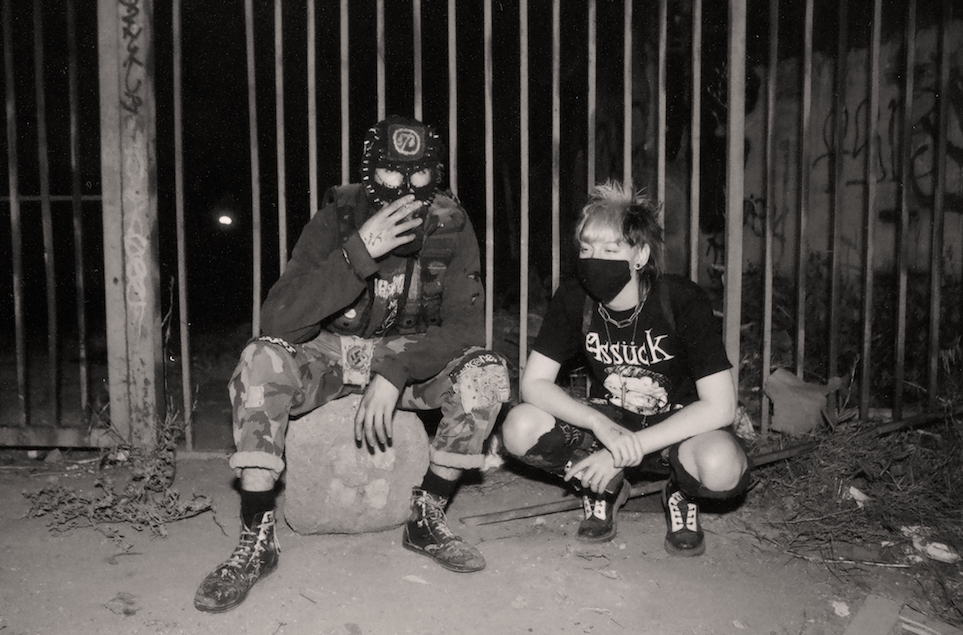 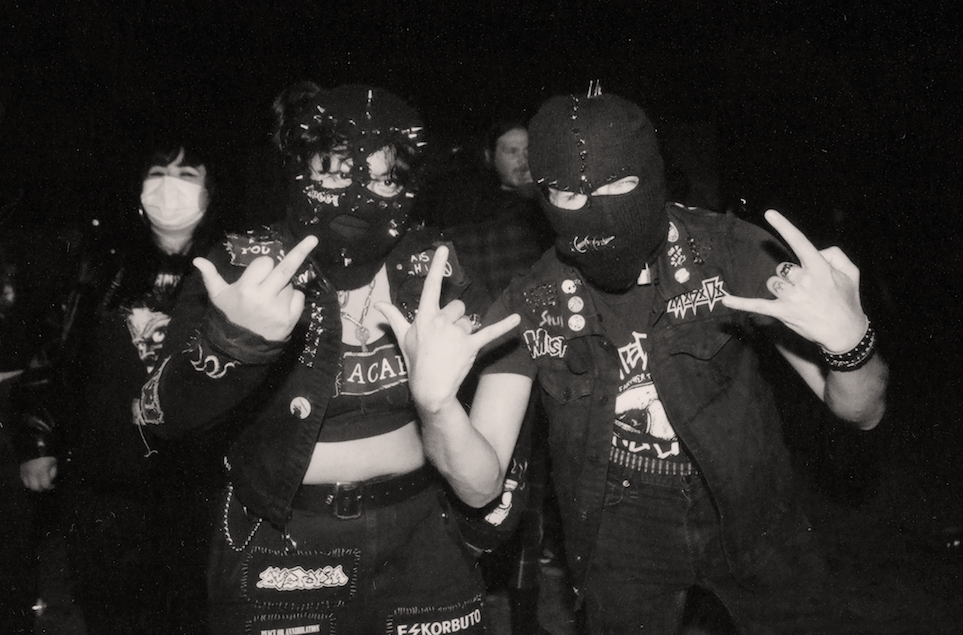 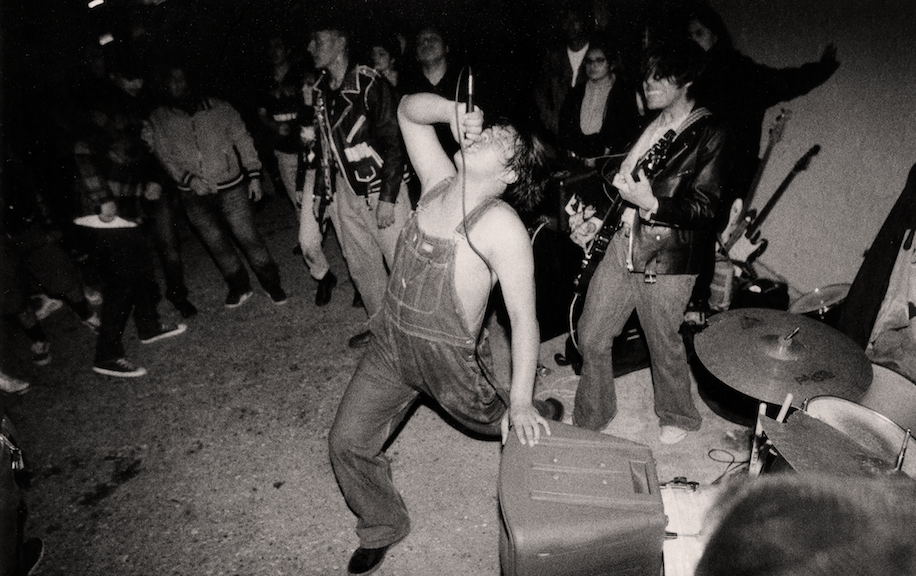 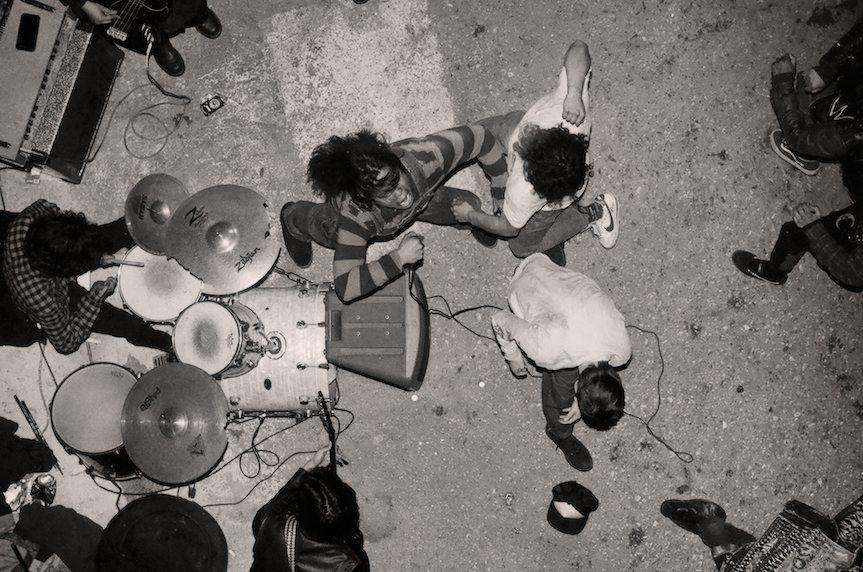 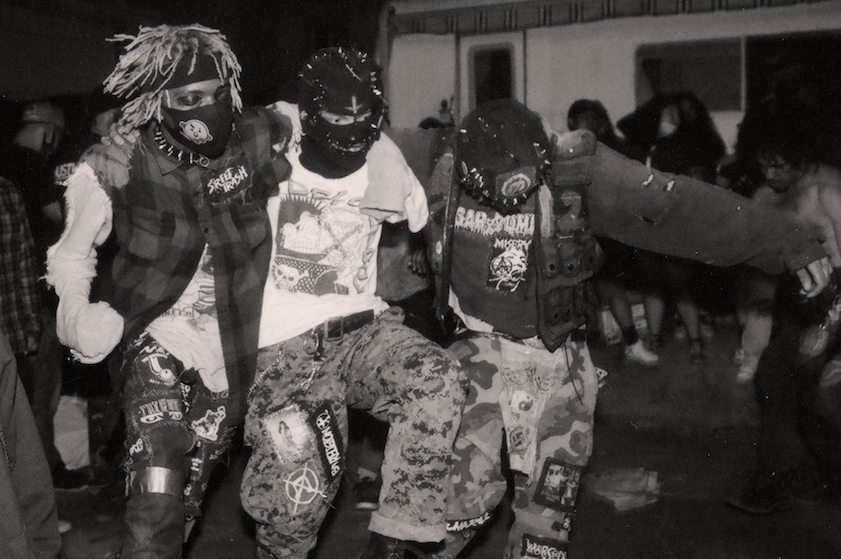 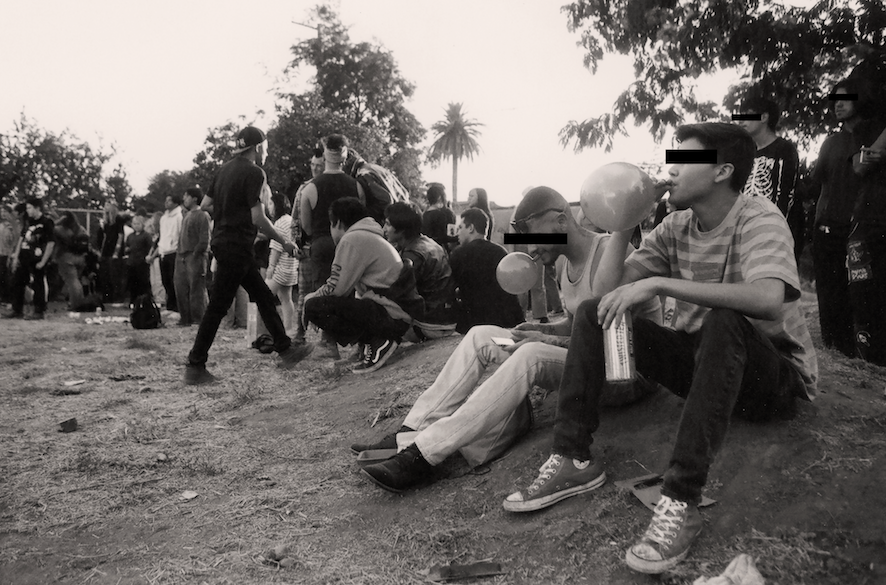 Linkedin
RELATED ARTICLES
OTHER ARTICLES
The situation in Afghanistan remains dire, with many groups facing persecution at the hands of the Taliban.
In our first OFFF Dispatch piece, the Arce Studio founder shares her tips on standing out from the crowd.
The government’s failure to take long Covid seriously has led to the formation of a group campaigning for the thousands of forgotten victims of the illness.
The failure to hold landlords to account is denying tenants their basic dignity, writes Bella Saltiel.
From the Yakuza to a biker gang, Bruce Gilden recounts capturing Tokyo and Osaka in the ‘90s.
Members of the collective share some of their reasons to run as part of #UnitedBySummits, a campaign that looks to uncover transformative power of the outdoors.