Art & Culture / The London squatters who resisted evictions in the ‘70s 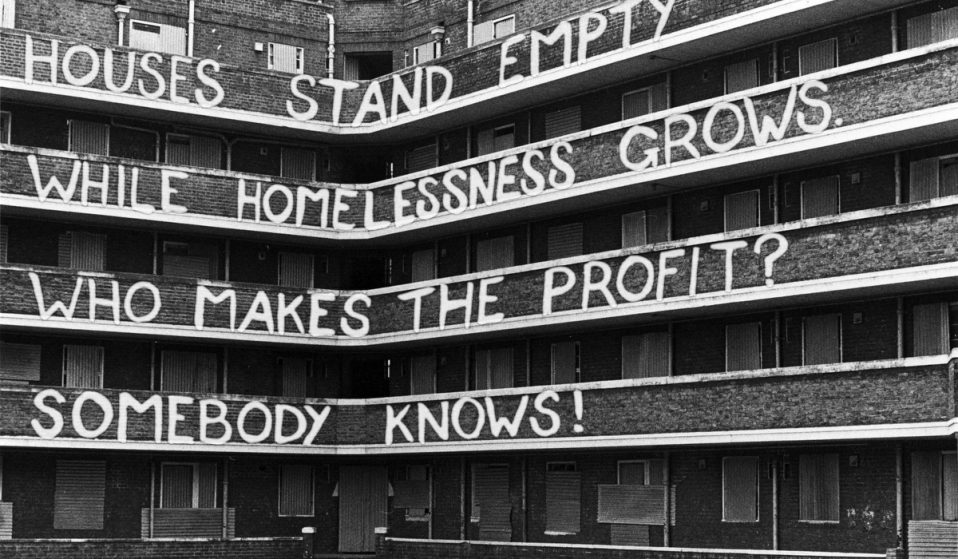 David Hoffman recalls documenting the fight back against the city council’s decision to tear down crumbling buildings where squatters were living.

In 1973, Tower Hamlets city council decided to tear down the crumbling buildings where squatters were living. Photographer David Hoffman documented the fight back in what would become the first protest photo book published in the UK.

While living in York in his late teens, British photographer David Hoffman did odd jobs to survive (“some more nefarious than others,” he admits). He began selling pictures to the Yorkshire Evening Post. The paper had no interest in publishing stories on the horrific living conditions of the working class, so Hoffman resolved that this was something he had to pursue for himself.

In the early 1970s, Hoffman arrived in Whitechapel in London’s East End. “It was filthy and felt abandoned,” he remembers. “Much of the housing was semi-derelict and many of the shops were on their last legs. For many it was the place where they ended up when their lives fell apart. It was clearly a dead end.” 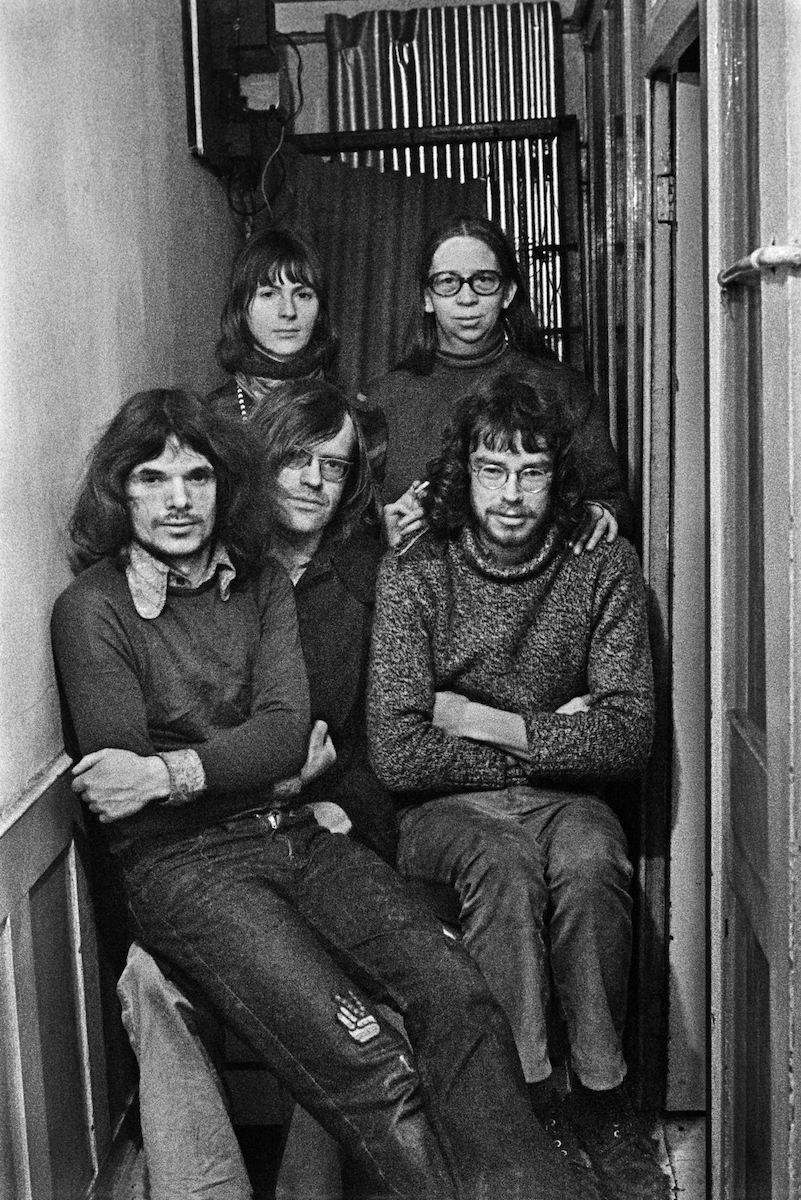 Squatters waiting to resist eviction behind the barricaded front door of a squat, Parfett Street, 1973

Many lived in squats to escape homelessness. “Squatting is mostly a communal activity,” Hoffman says. “It brings people together to repair and improve the, mostly broken-down, housing available. The mutual support – and mutual tensions – helped form political understanding and brought us together in activist groups.”

Hoffman found it shameful that the City of London, located just one mile away, offered no support. “While I was powerless to change any of it, I felt that I could and should at least document it,” says Hoffman.

Under the banner of slum clearance and “urban renewal,” the city council decided to tear down the crumbling buildings where squatters lived, with landlords forcing evictions. With the release of Parfett St Evictions 1973 (Café Royal), Hoffman revisits what became the first British protest photography book when it was first published in 1976. 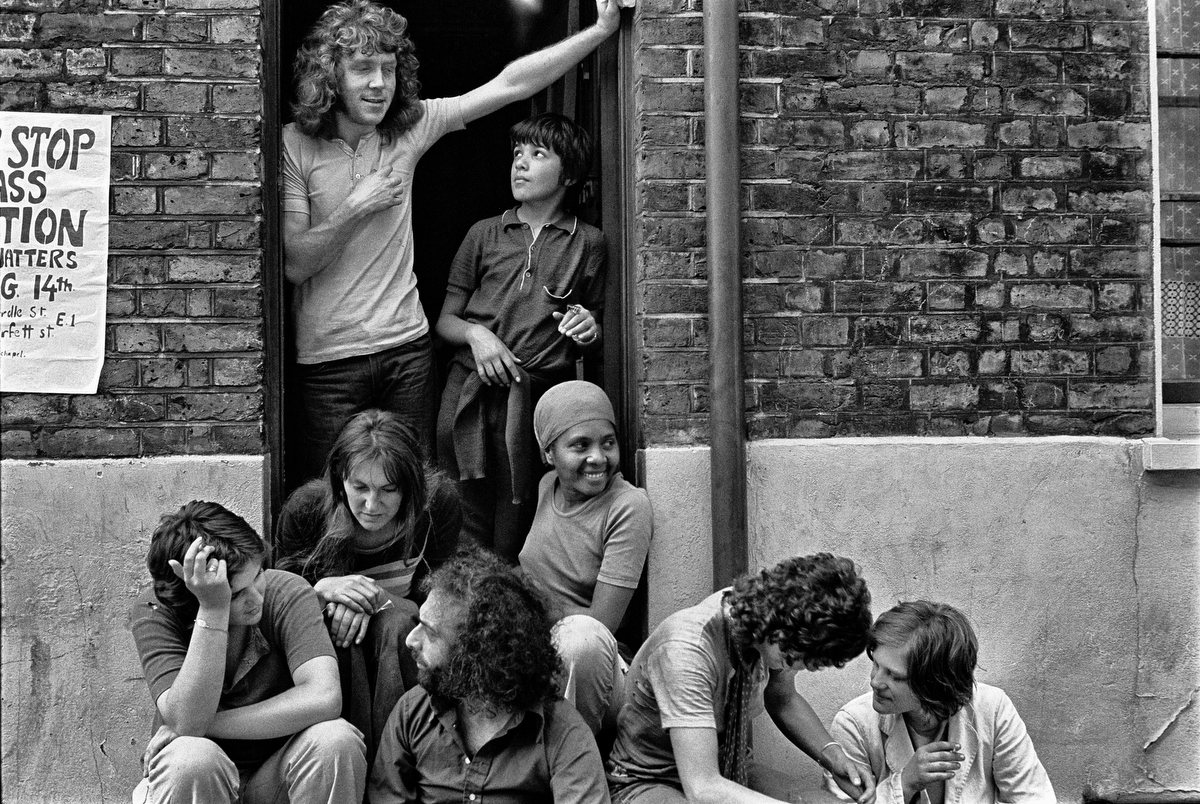 Waiting for the bailiffs before the eviction of squatters, Parfett Street, 1973 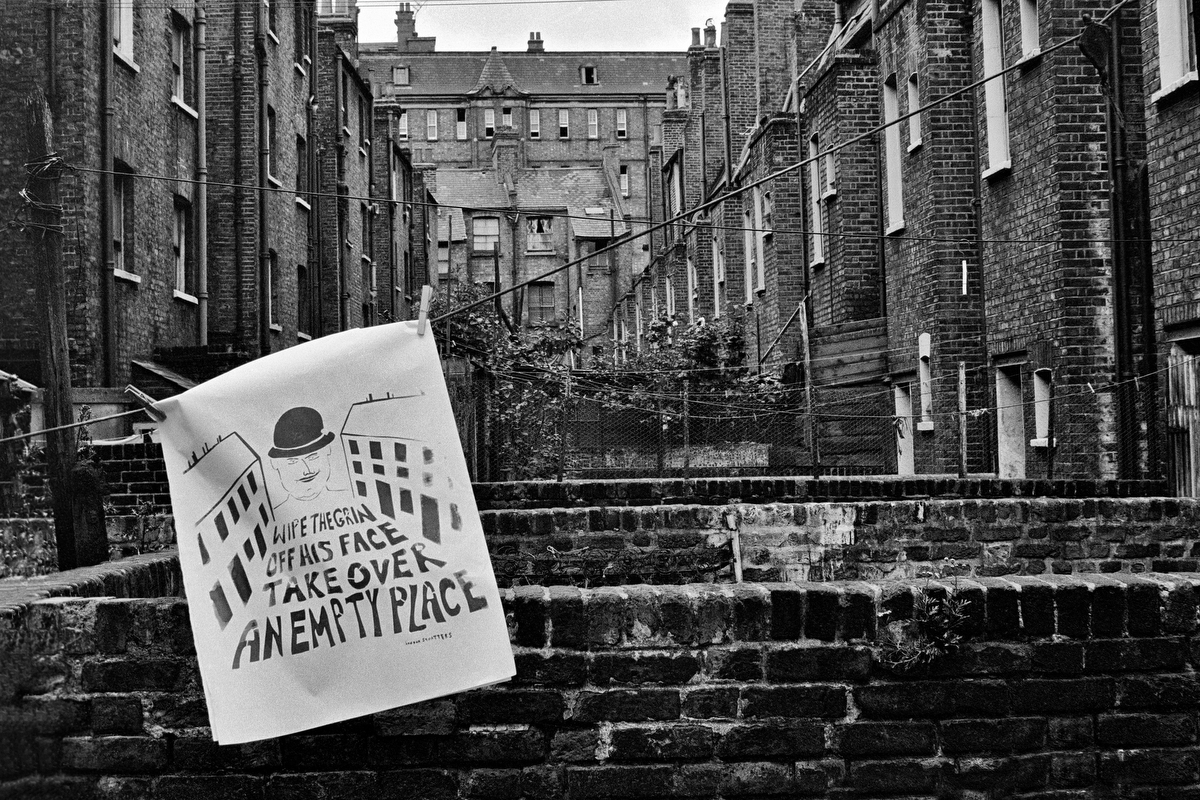 One of many posters around the East End protesting at the eviction of squatters, Parfett Street, 1973

Like many squats the one in Parfett Street housed a wide range of people. “Doris Lerner was the oldest and had been a political activist all her life. Doris would go to auctions of squatted houses and buy them. Being penniless this would delay the sale and extend the life of the squat,” Hoffman says.

“Tony was an early and resolute Gay Rights activist. Duncan was an anarchist and believer in redistribution. Bonkers Piers Corbyn, brother of Jeremy Corbyn would turn up occasionally, try and steal some limelight and then wander off when there was work to be done. We had sex workers, architects, performers, jewellers, musical instrument makers and drug dealers. A healthy mix.” 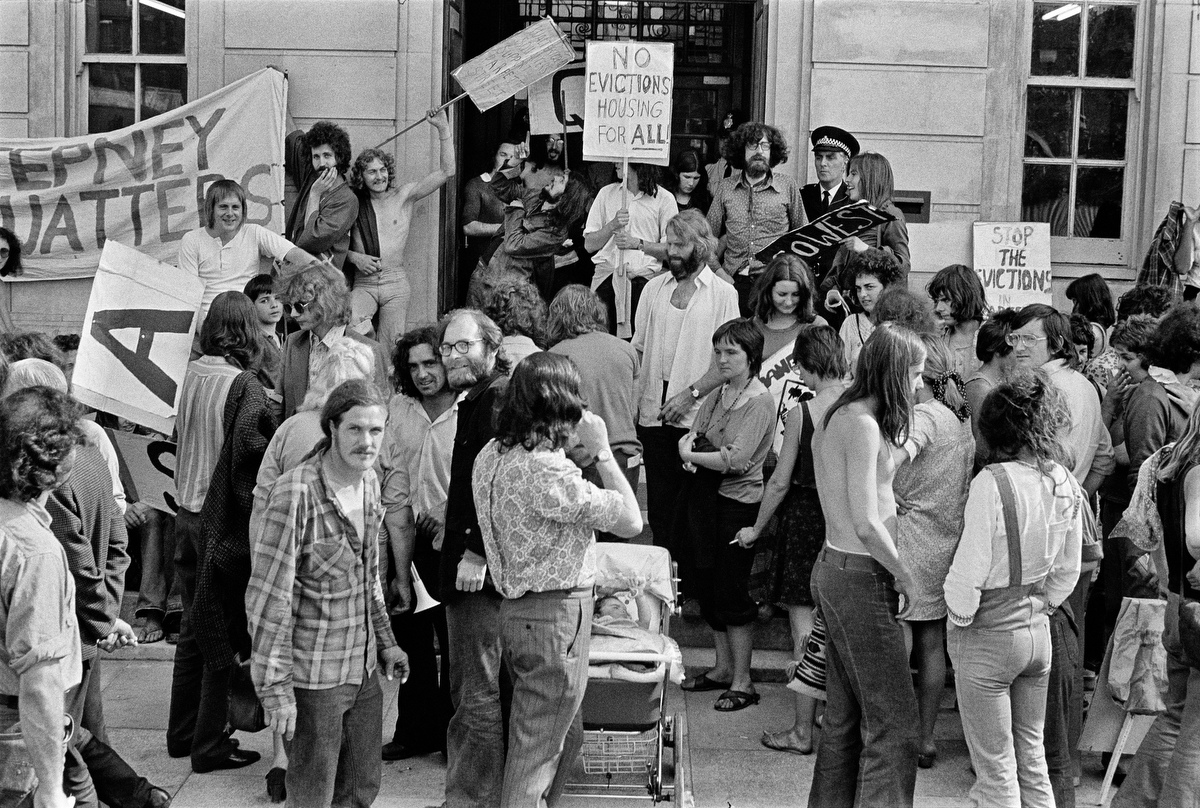 Police would regularly harass people around the squats who looked “different,” often stopping and searching them for drugs in the hopes of an easy arrest. “They’d turn up to protect bailiffs in an eviction but they didn’t bother to patrol the area much and generally saw anything to do with us as rubbish work, beneath their dignity,” Hoffman says. “When landlords sent in heavies to make an unlawful eviction, the police were nowhere to be seen.”

Nearly 40 years since these photographs were made, and the lessons they offer are timeless. “We cannot expect the state or those with power to do anything meaningful to alleviate social ills,” Hoffman says. “Banding together is our only route to social justice. If you need a home, take one.” 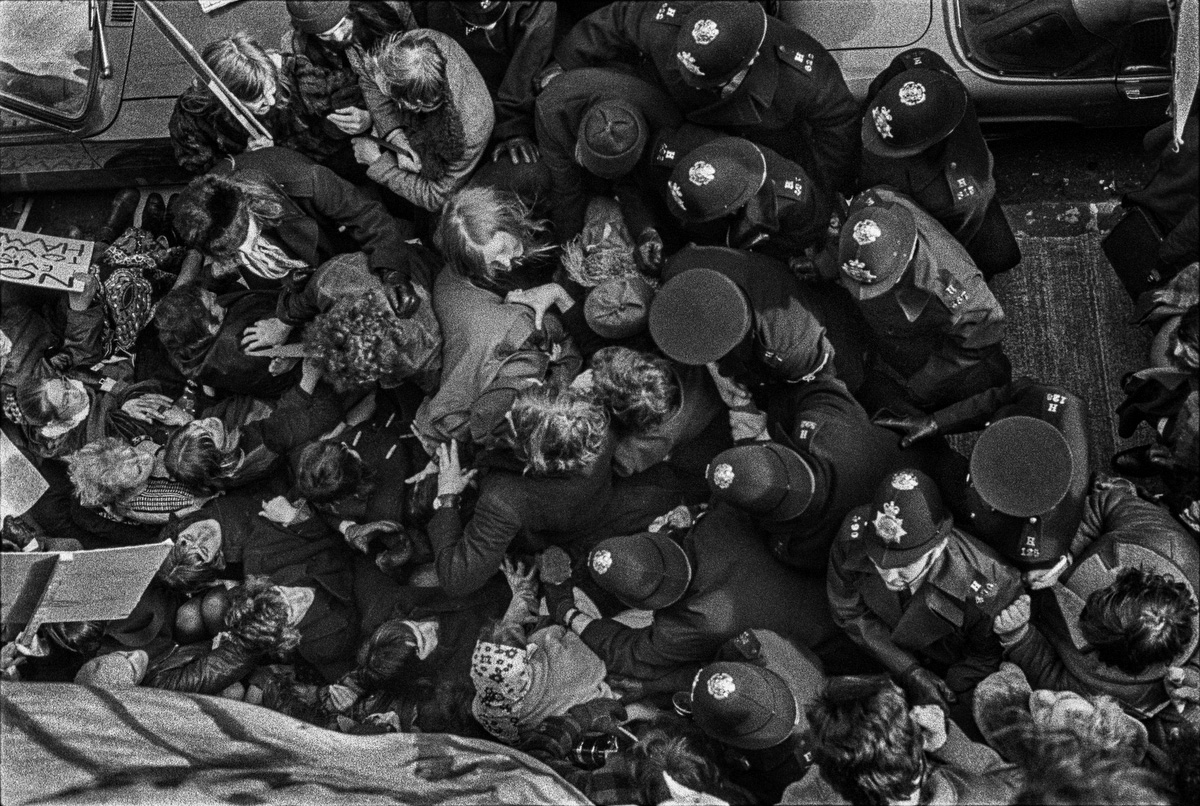 Police try (and fail) to force a path through squatters and their supporters, Parfett Street, 1973 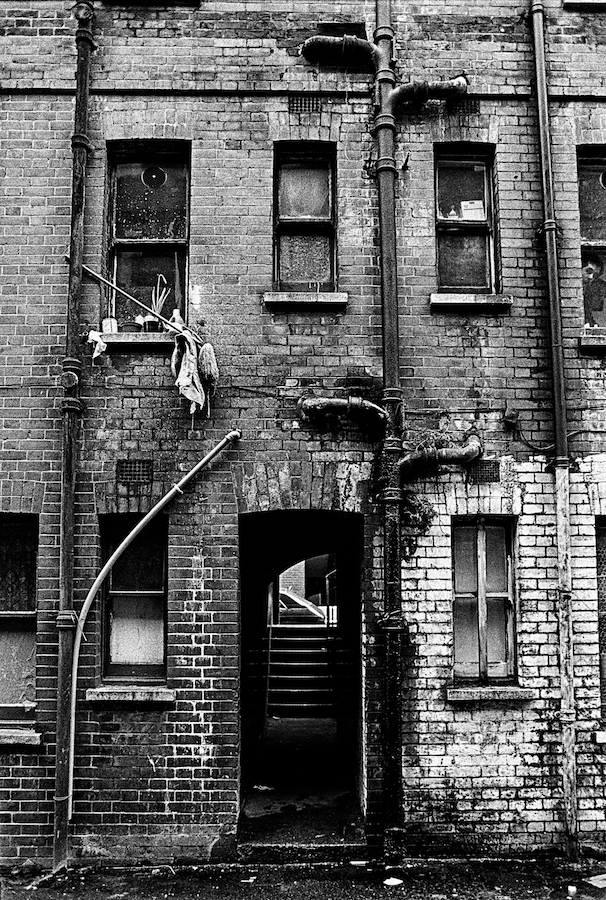 Fieldgate Mansions, a 19th century tenement block due to be demolished in 1972 but preserved by squatters occupying it 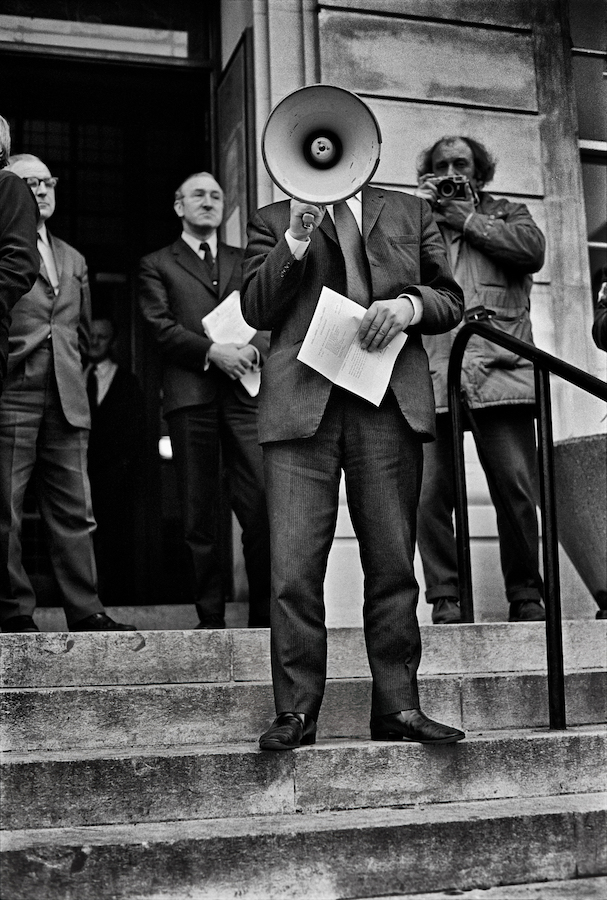 Council official tells squatters who had marched on Tower Hamlets Town Hall that they should go away. Patriot Square, 1973 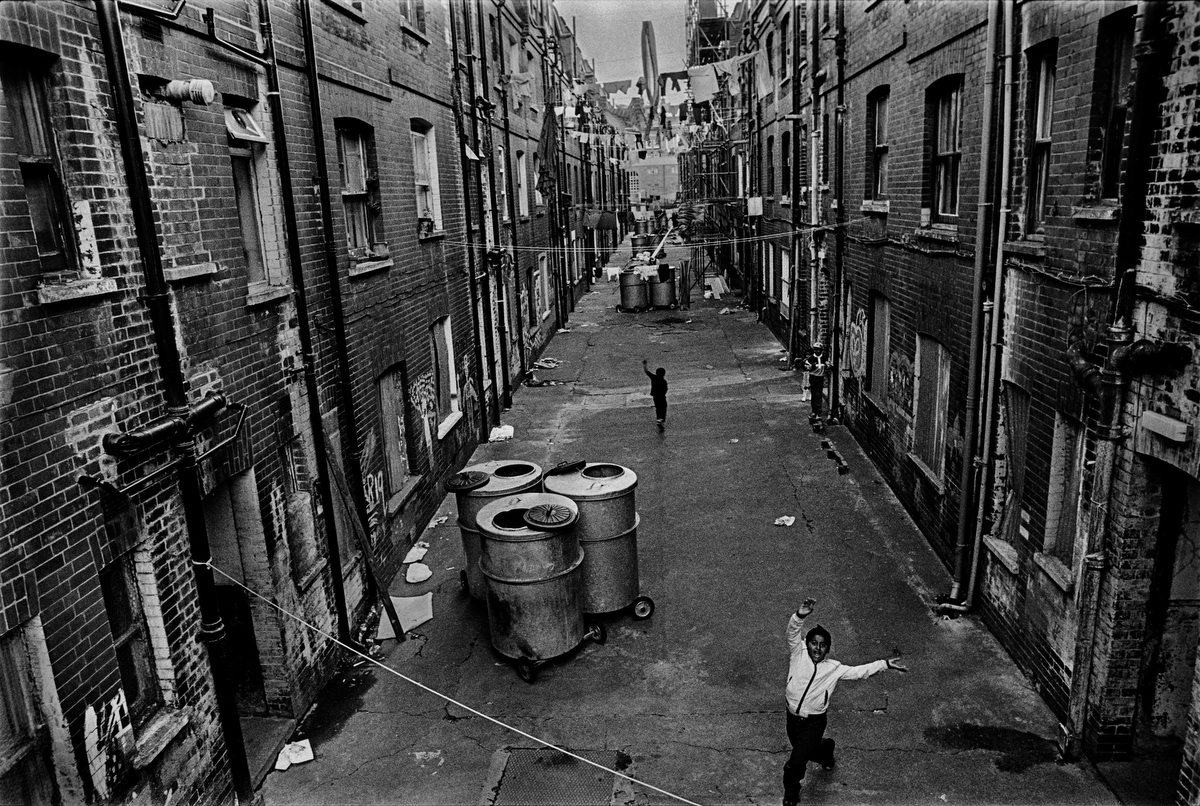 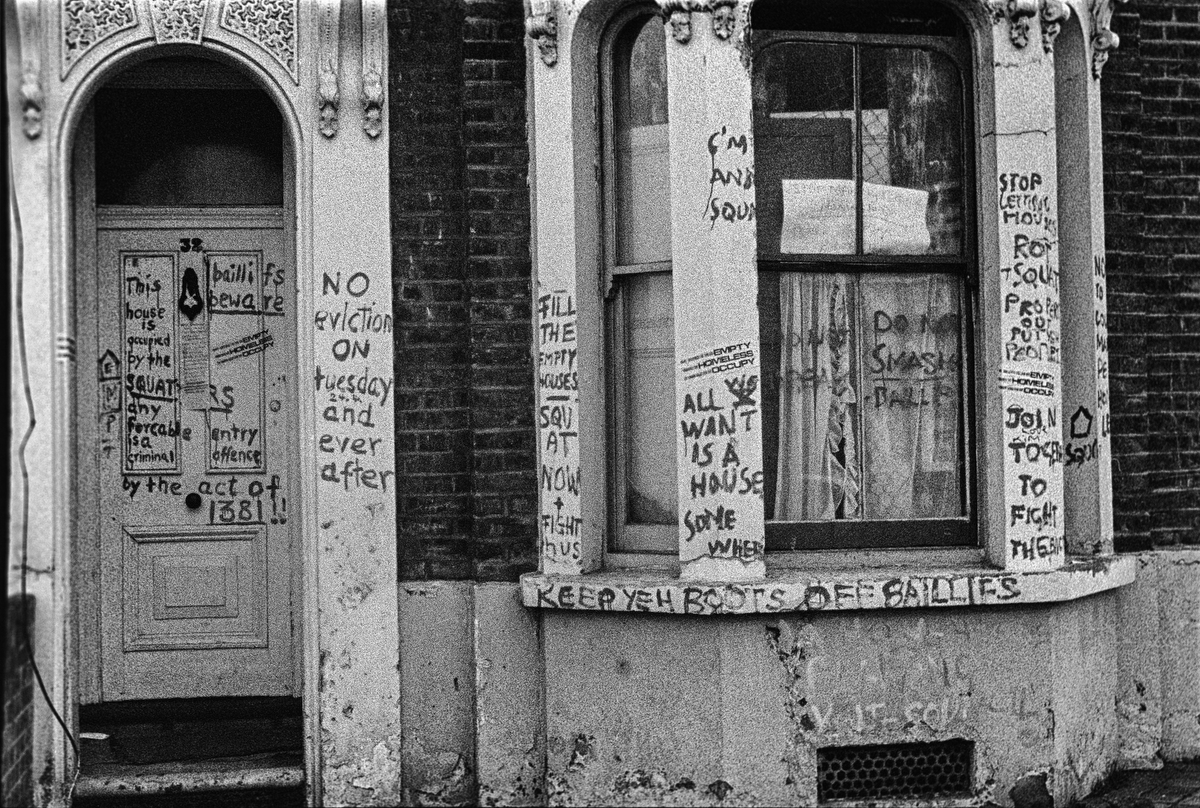 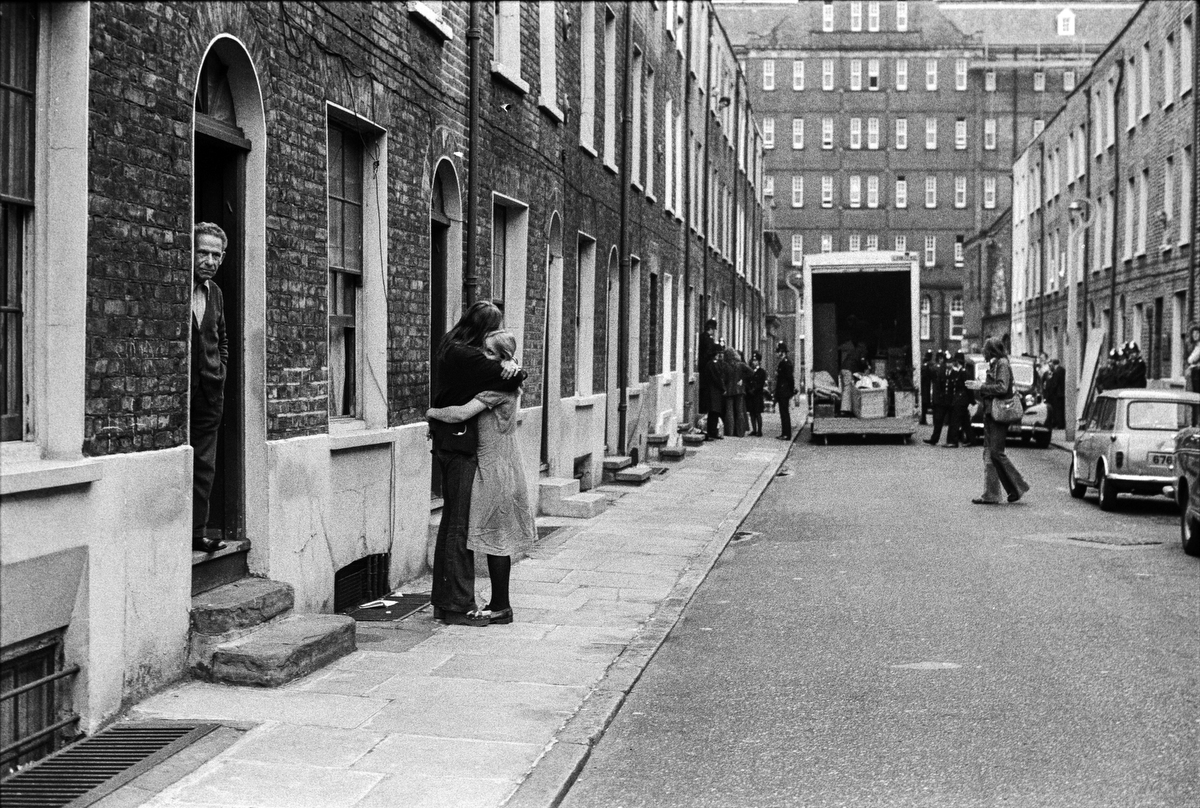 Eviction of squatters from private rented property that was being kept empty in Parfett Street, 1973

Parfett St Evictions 1973 is out now on Café Royal Books.

Linkedin
RELATED ARTICLES
OTHER ARTICLES
50 years since its inception, and the campaign calling for recognition that capitalism depends on domestic labour is as pertinent as ever.
The singer-songwriter discusses her intimate new project – and the advice she’s picked up across a career as one of rock’s leading voices.
Over the years, a swimming hole in a city park has evolved into a magnetic meeting place for Philadelphians – a hideaway where people can connect with the natural landscape, and each other.
Writers Gracie Mae Bradley and Luke de Noronha take on the callousness of borders, arguing for a world beyond them.
Whether it's partygate, the climate crisis or the spiralling cost of living, the fightback begins on the picket lines writes Tommy Vickerstaff
The author discusses the all-consuming nature of heartbreak, and turning the experience into an incisive exploration of love and loss.