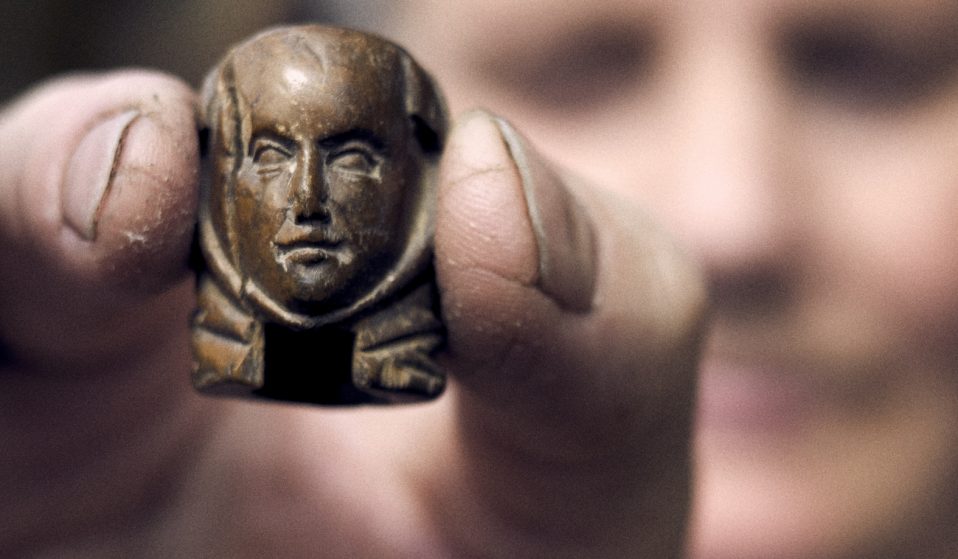 For centuries, people have been searching riverbanks to find glimpses of life in the British capital hundreds of years ago.

For centuries, people have been searching riverbanks to find glimpses of life in the British capital hundreds of years ago.

It’s a hazy morning in the centre of London along the bank of the river Thames. Looking downstream stands London’s tallest building, The Shard, and dotted around are other landmarks of the UK’s capital – The Oxo Tower, the Tate Modern art gallery, and the ever-grand St. Paul’s Cathedral.

As thousands of tourists, city workers and London residents stroll along the footpaths, and the sound of slow-moving traffic blares from the main road, just below eye level Caroline Nunneley and Sean Clarke are on their hands and knees crawling along the river’s edge, completely on their own. Dipping their heads and staring intently into the surface mixture of mud, rubble and stones, they’re exploring what’s known as the foreshore, looking for a glint, a shimmer, or an unconventional shape – one that could only have been created by a human being. 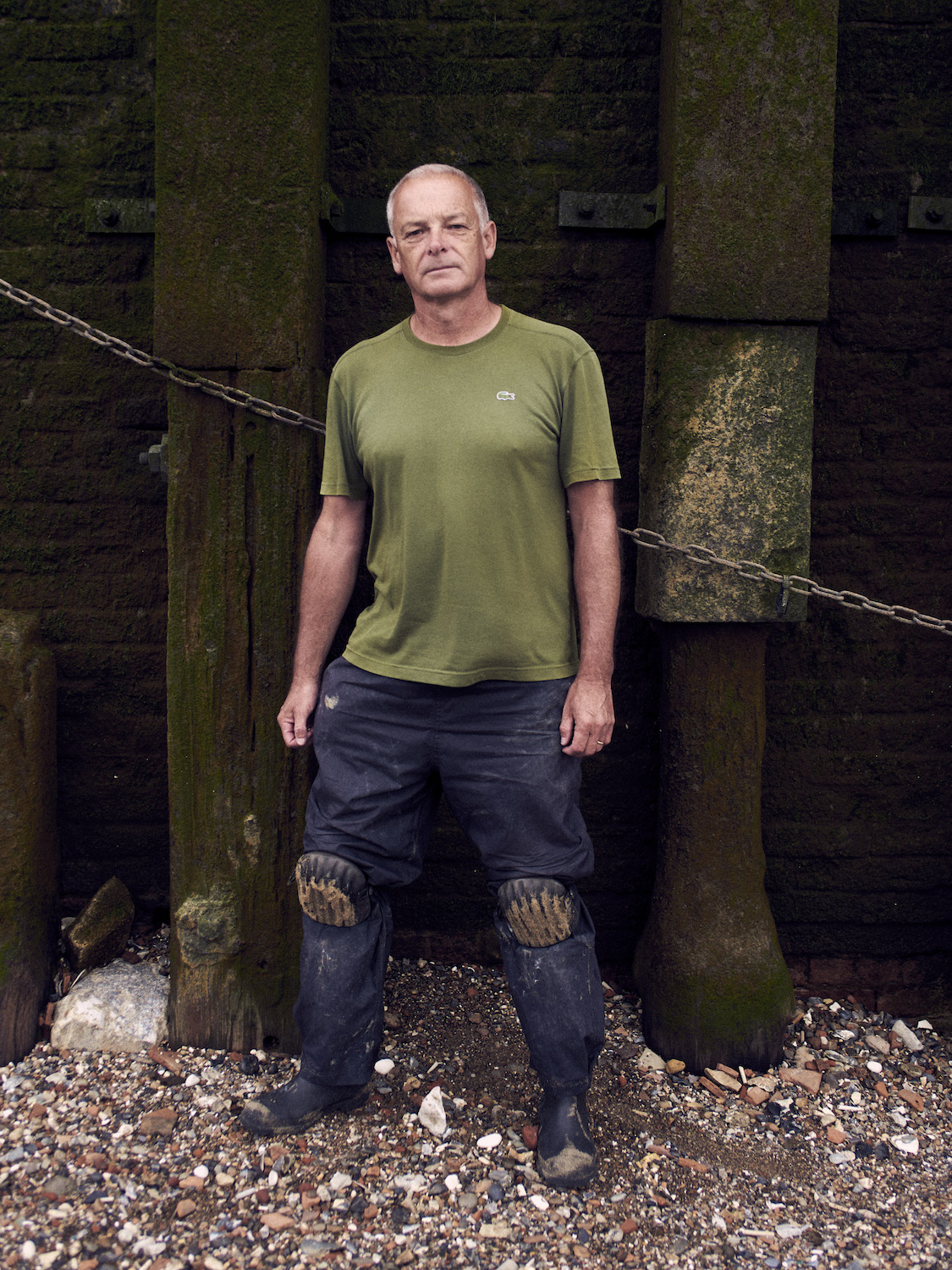 All of a sudden, Caroline calls Sean over, picking up a small round coin from atop the soil. “Isn’t it beautiful?” she asks rhetorically. Engraved in the metal are Roman inscribed letters CAROLVS, and on the reverse is an Irish harp – the very same found on pints of Guinness across the world.

The coin is a farthing from the reign of Charles I, in the early 1600s with “FRAN ET HIB REX” etched around its circumference, a translation to mean “King of France and Ireland”, Sean and Caroline explain. It was a claim of sovereignty that was not particularly popular across the Irish Sea. Moments earlier, Caroline had found another coin from about half a century earlier, forged during Elizabeth I’s reign in the Tudor era – an already spectacular haul from less than an hour of searching. “It’s not normally like this,” she says gleefully. “It’s a bit of a cliché, but it’s the closest thing you can get to time travel.” 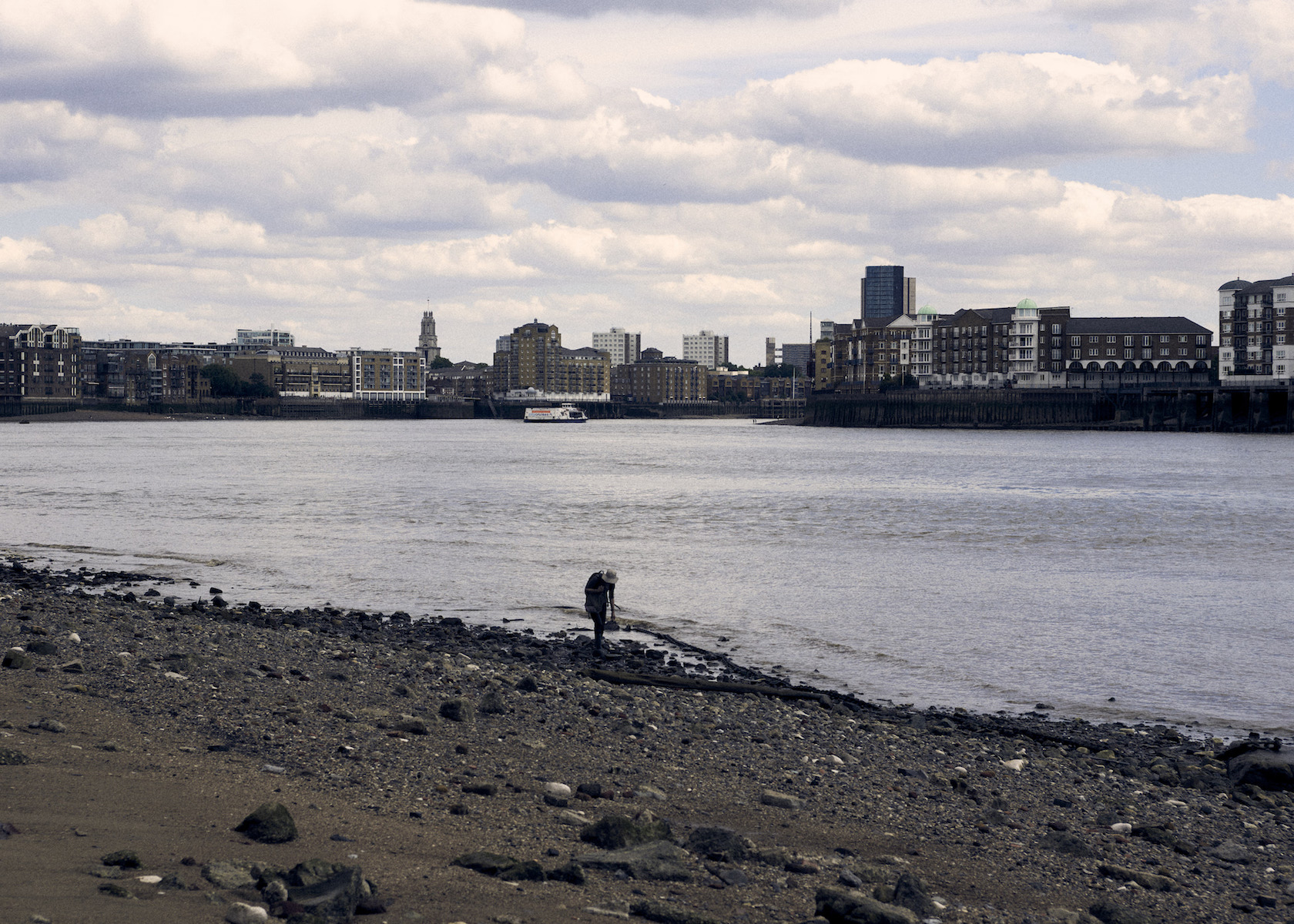 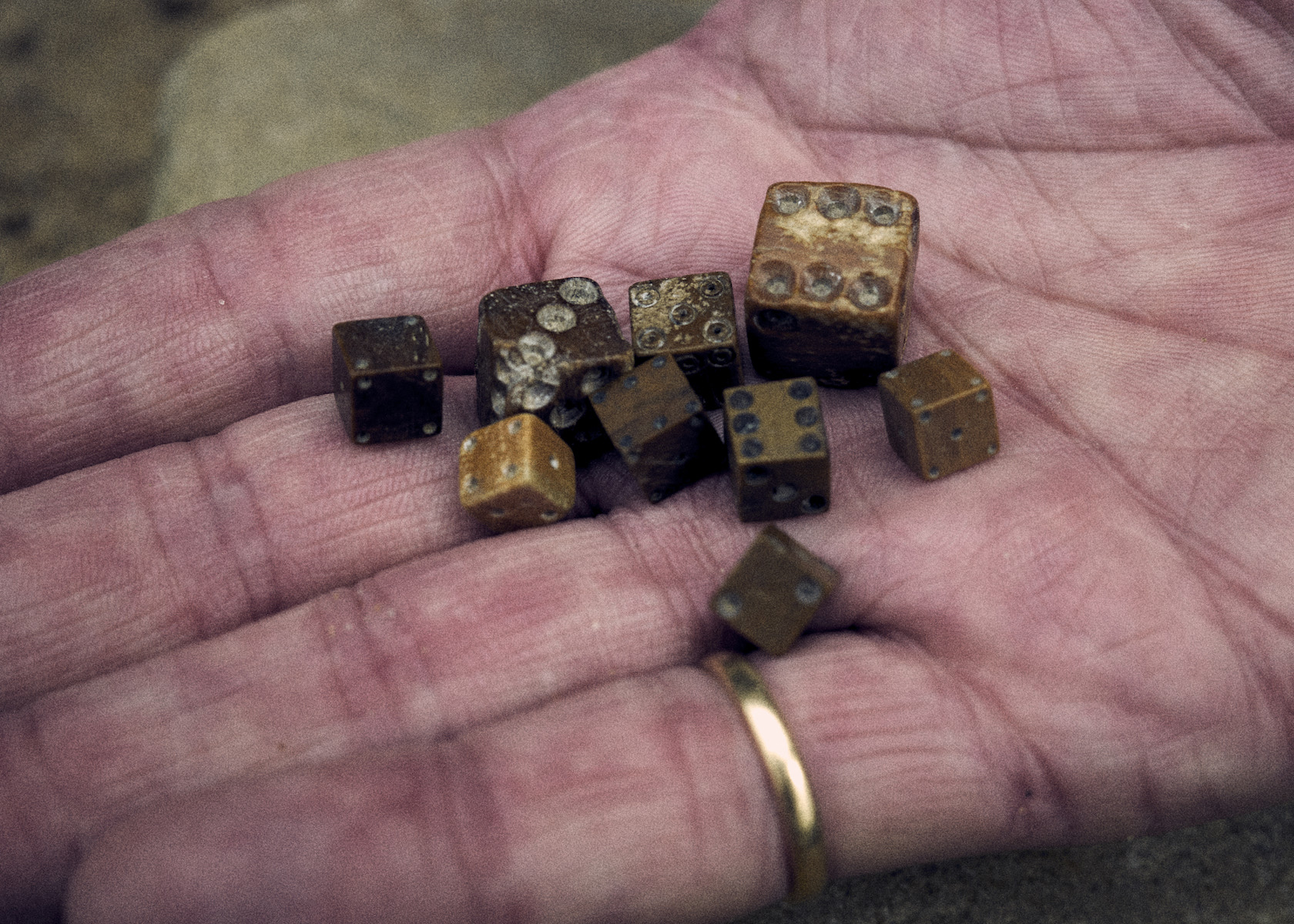 Caroline and Sean are mudlarkers, meaning they’re part of a community of people who trawl up and down the Thames foreshore, searching for fragments of London’s thousands of years of human history dropped or discarded into the river and preserved by the anaerobic mud. It was once a maligned necessity for some of the poorest of society, who foraged for anything that could have financial value, but now forms a pastime and obsession for a small number of dedicated people.

From finding coins dropped into the river, to dice used by shipmen to play games, or bone tools and fragments of pottery, many mudlarkers are active on social media – including Sean and Caroline – sharing their finds and the stories behind the objects. 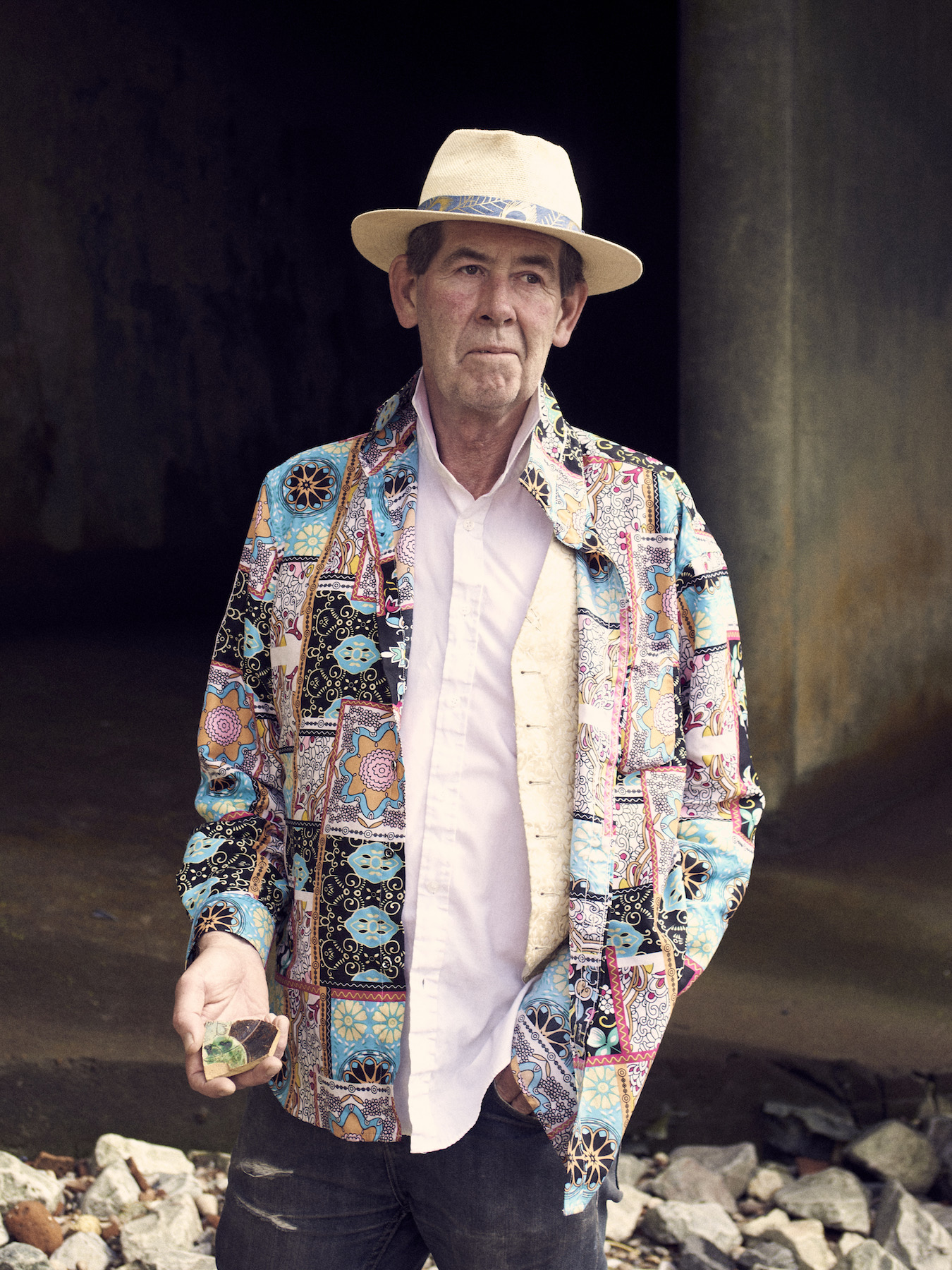 Sean’s first encounter with mudlarking a few years ago was a fortunate accident. “My wife Trudy passed away, and I spent a couple of years doing not a lot,” he says. “I don’t know if you remember Time Team on TV years ago, but I came across this guy [mudlarking] and went up to him and said: ‘Tony Robinson [the show’s former presenter], what you got?’ and he pulled out all of this wonderful stuff.”

Fascinated, he bought a license from the Port of London Authority (PLA) and soon made a visit to the foreshore, where he met Caroline. “She gave me an aglet, I didn’t know what it was, and then I found a bone dice,” he says. “It was amazing.” 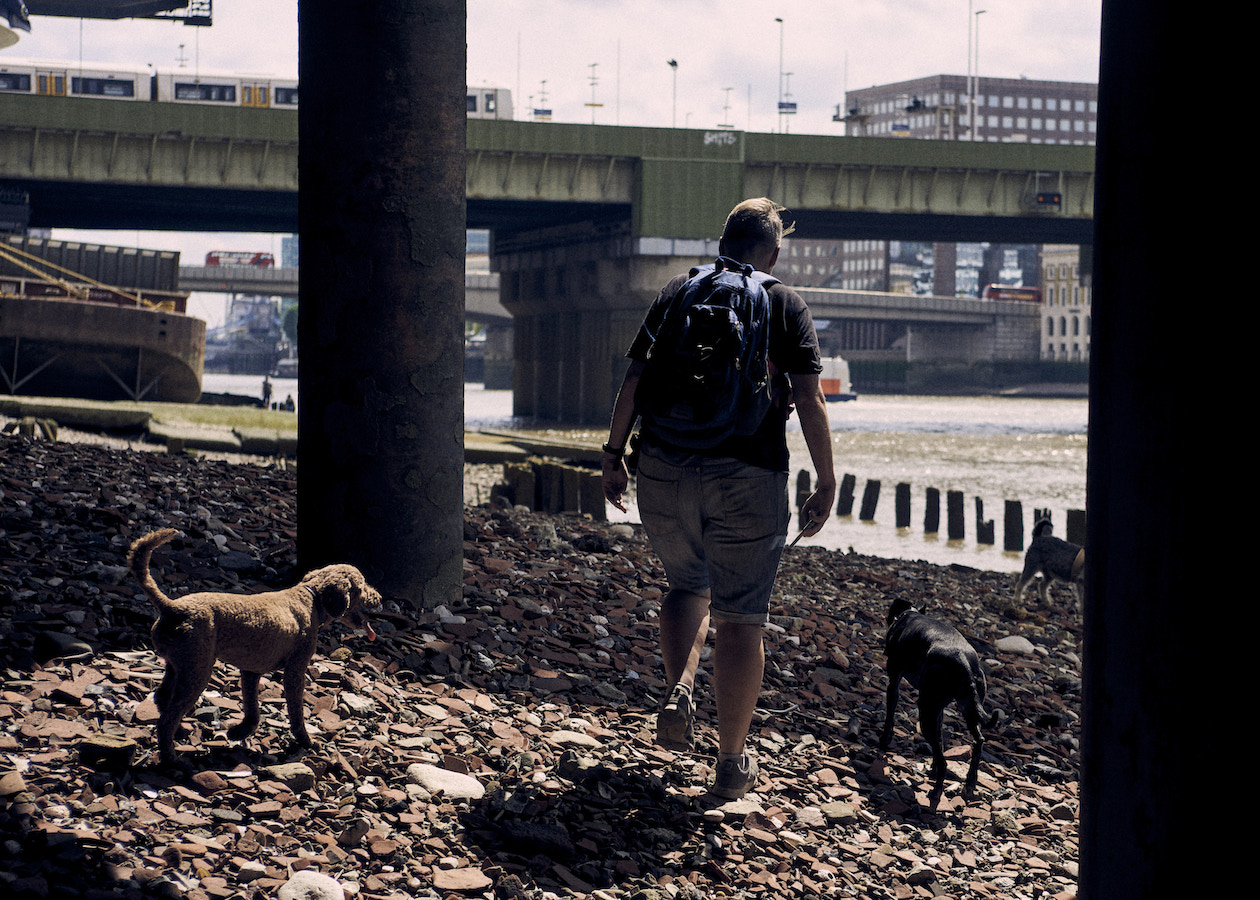 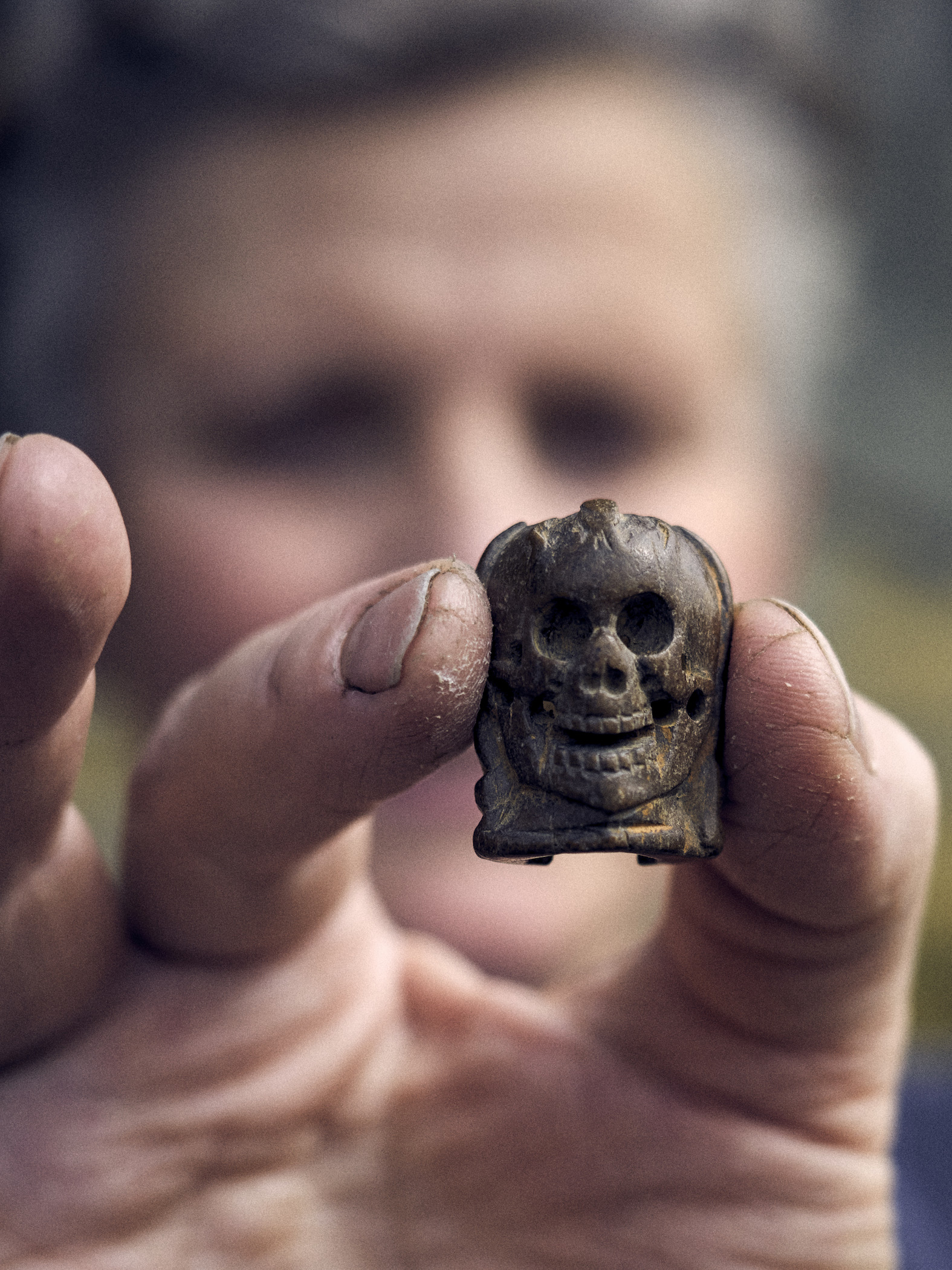 Although anyone can walk down to the foreshore, picking up and taking objects requires a licence from the PLA which currently costs £96 for three years. “It’s private land,” explains Lara Maiklem, who posts about mudlarking to her 114,000 Instagram followers and has authored two books on the subject of mudlarking – one of which, Mudlarking: Lost and Found on the River Thames, is a Sunday Times bestseller. “And with your license comes the requirement to report your findings as well. It’s really important that people report what they find because if you take it home and shut it in a drawer, that’s forgotten history,” she continues.

Along the 160km of Thames foreshore, there are different areas where the river throws up fragments from separate eras, and each mudlarker usually has their own favourite spot or section of history that they are particularly fascinated by. There is, for example, an area more associated with finds from London’s early days after being established in the ancient Roman era, near the historical centre of Roman London. 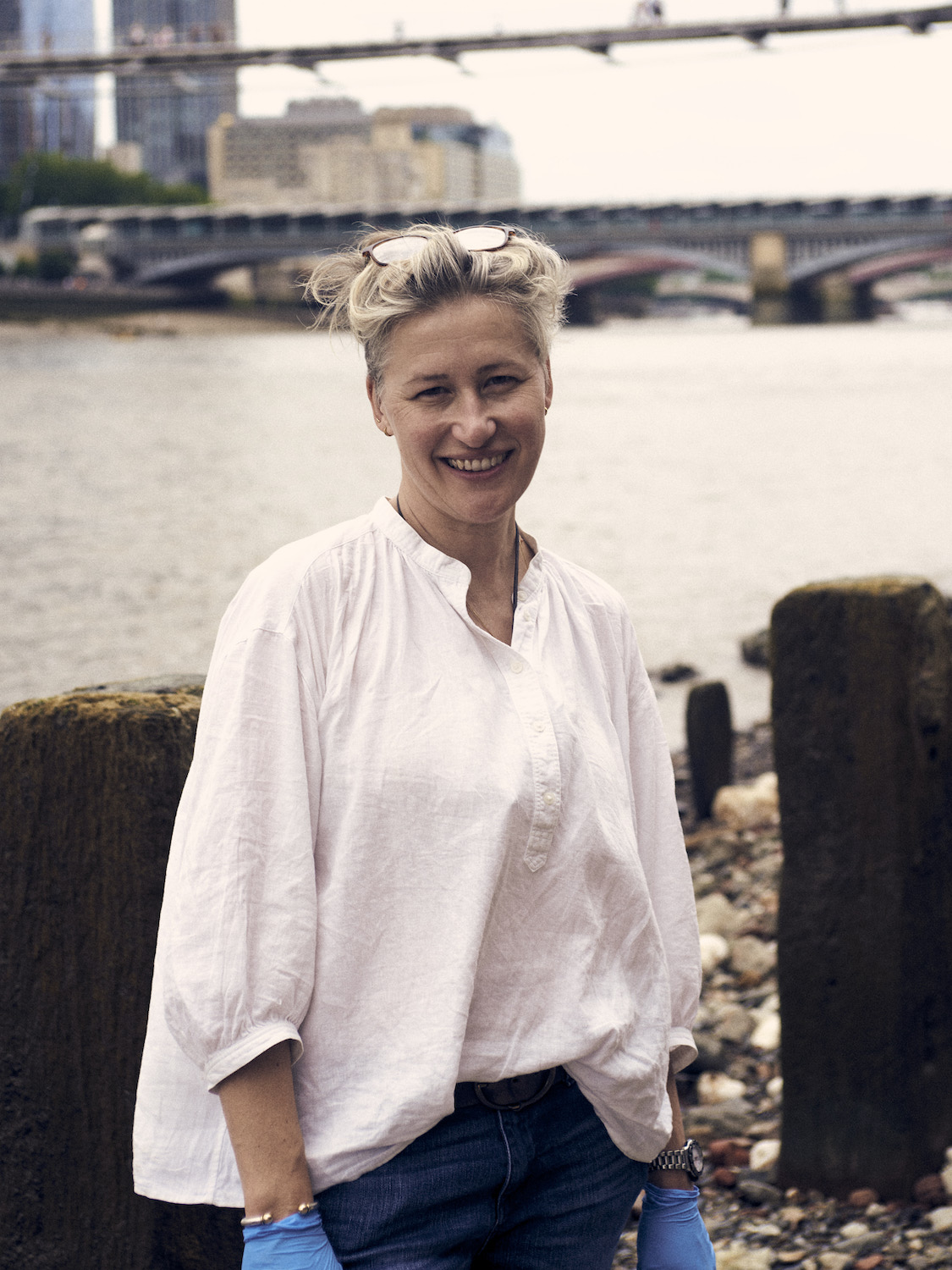 “To start mudlarking you need to know your history,” Lara says. “Start looking at old maps of London, because whatever was going on there, you will find the evidence on the foreshore.

“The most likely place that you’re going to find Roman [objects] you will also find the oldest stuff – the medieval stuff, you’re not going to find much Anglo-Saxon because the Anglo Saxons moved the centre of London down to where the Strand is now,” she continues. “You’re going to find post medieval through to the modern day when you go out to Wapping – that was where they were building ships [in] the age of sail.”

The history of the river, however, is not that found in most textbooks and documentaries. “It’s telling you a completely different story of the city,” Lara says. “It’s of ordinary people that didn’t get written about and didn’t have roads named after them. 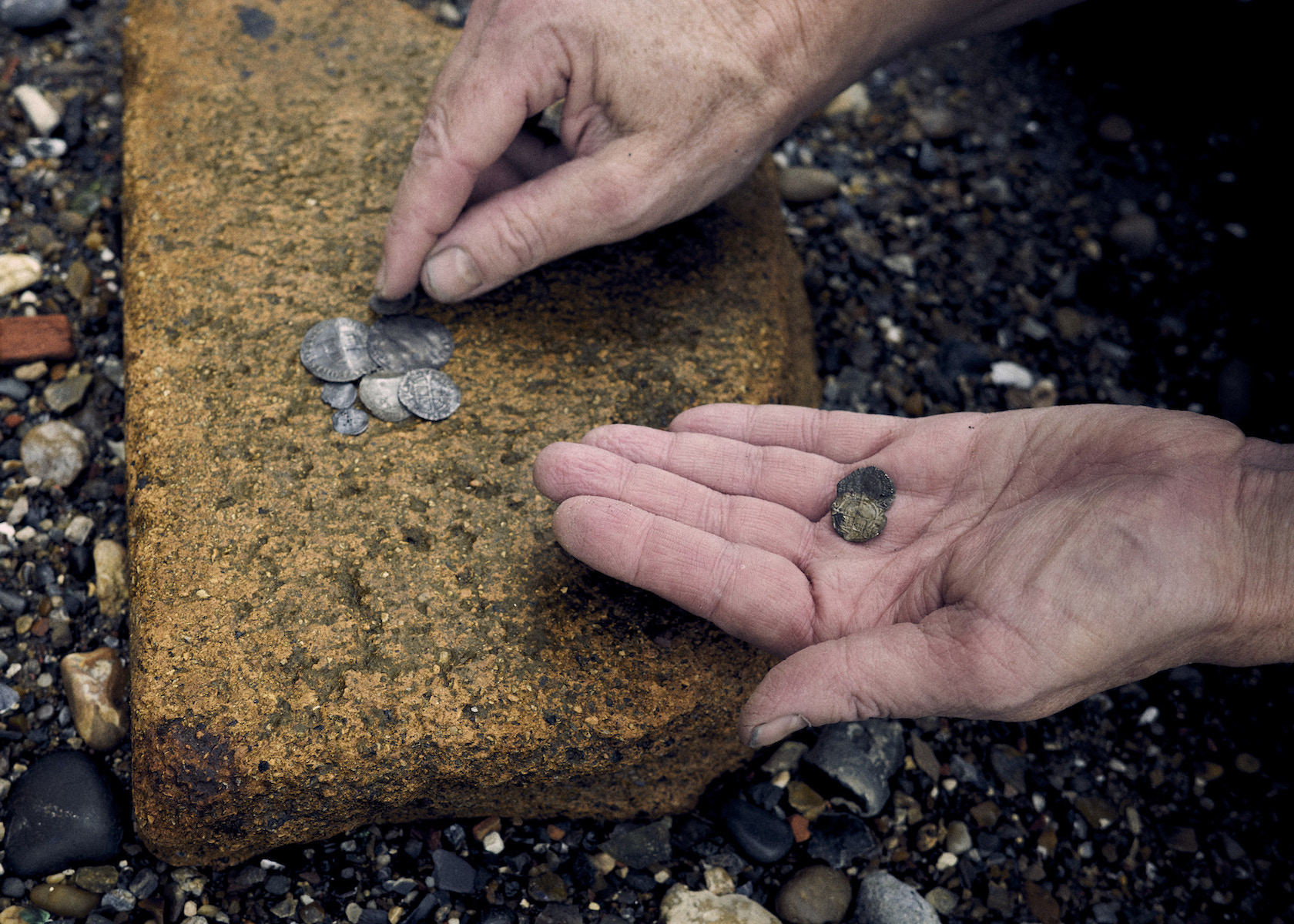 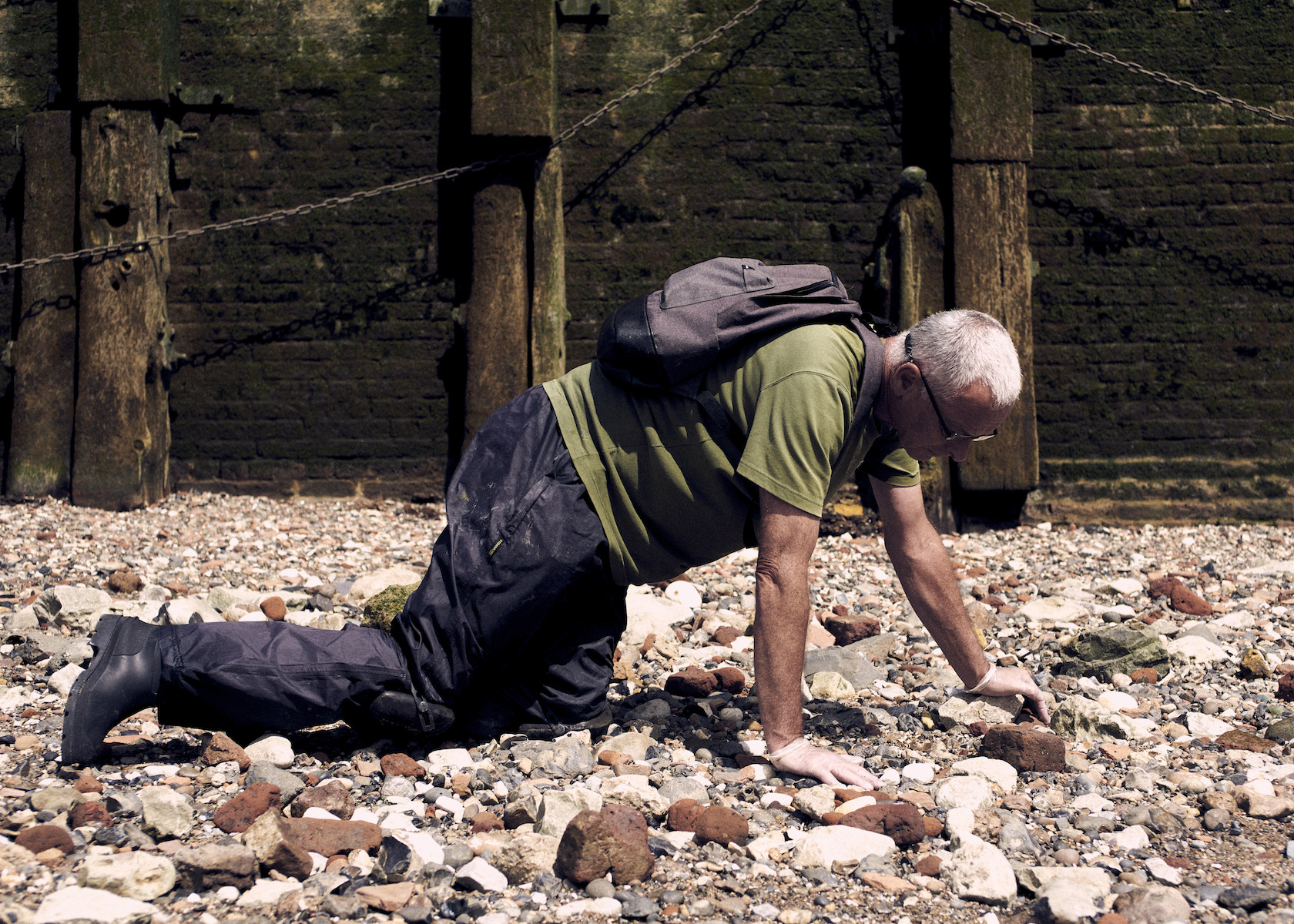 “It’s very much the story of people on the fringes of society,” she continues. “It’s the women and the poor people, the forgotten people – the people who made London what it is today. And you’ll see the objects that they used, and very often broke and threw away.”

But it’s not just the history that keeps the mudlarkers coming back. As the lights and sounds of the big city continuously blare, the foreshore is a rare space of peace and calm, tucked just below the eye. Sean and Caroline mudlark at least once a week, describing it as “meditative”.

Lara on the other hand moved out of London in 2015, but still tries to make the journey two or three times a week to mudlark. “The weird thing is when I lived in London the river was my escape from the city,” she says. “Since I’ve moved out, it’s about the only thing that brings me back.” 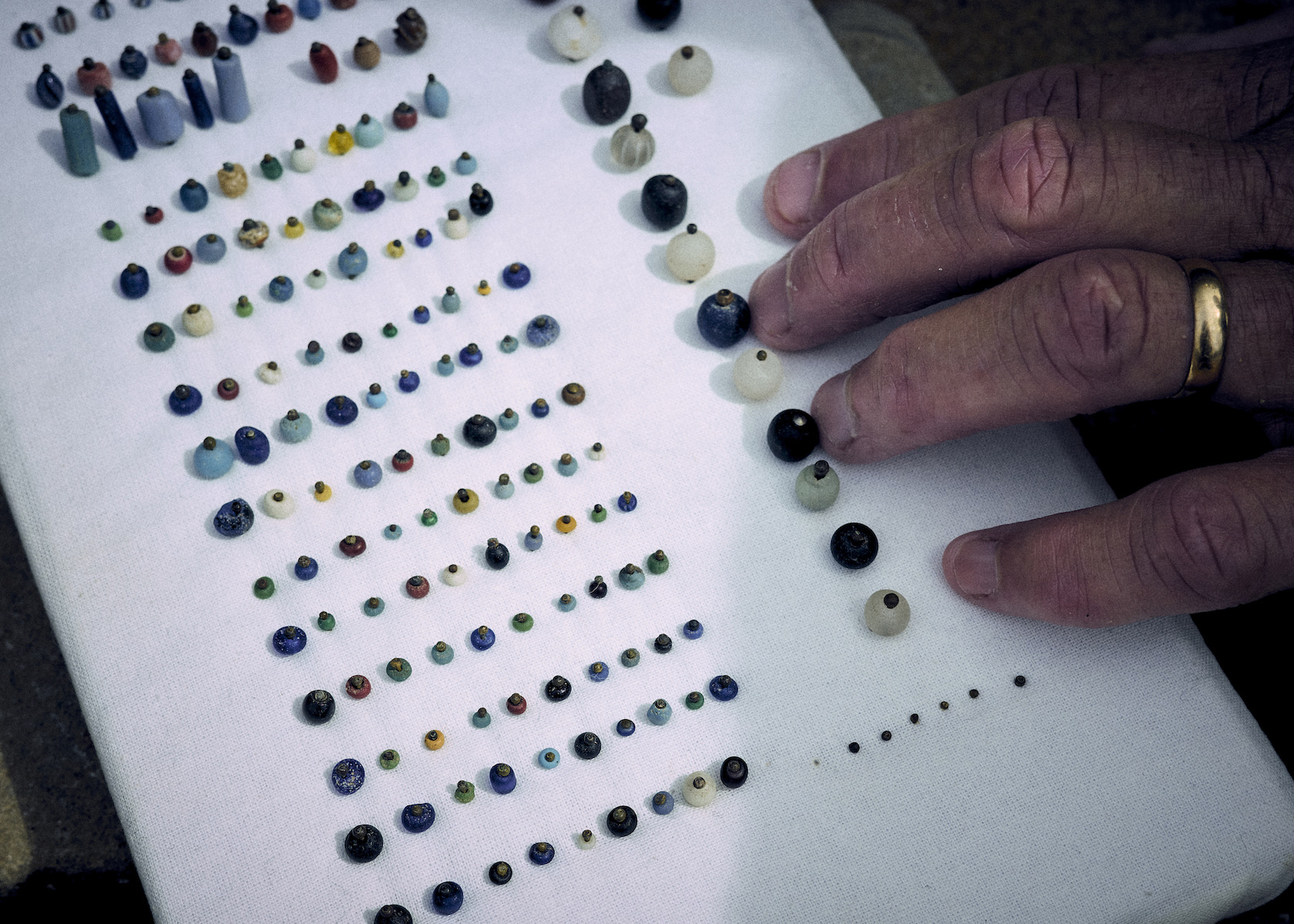 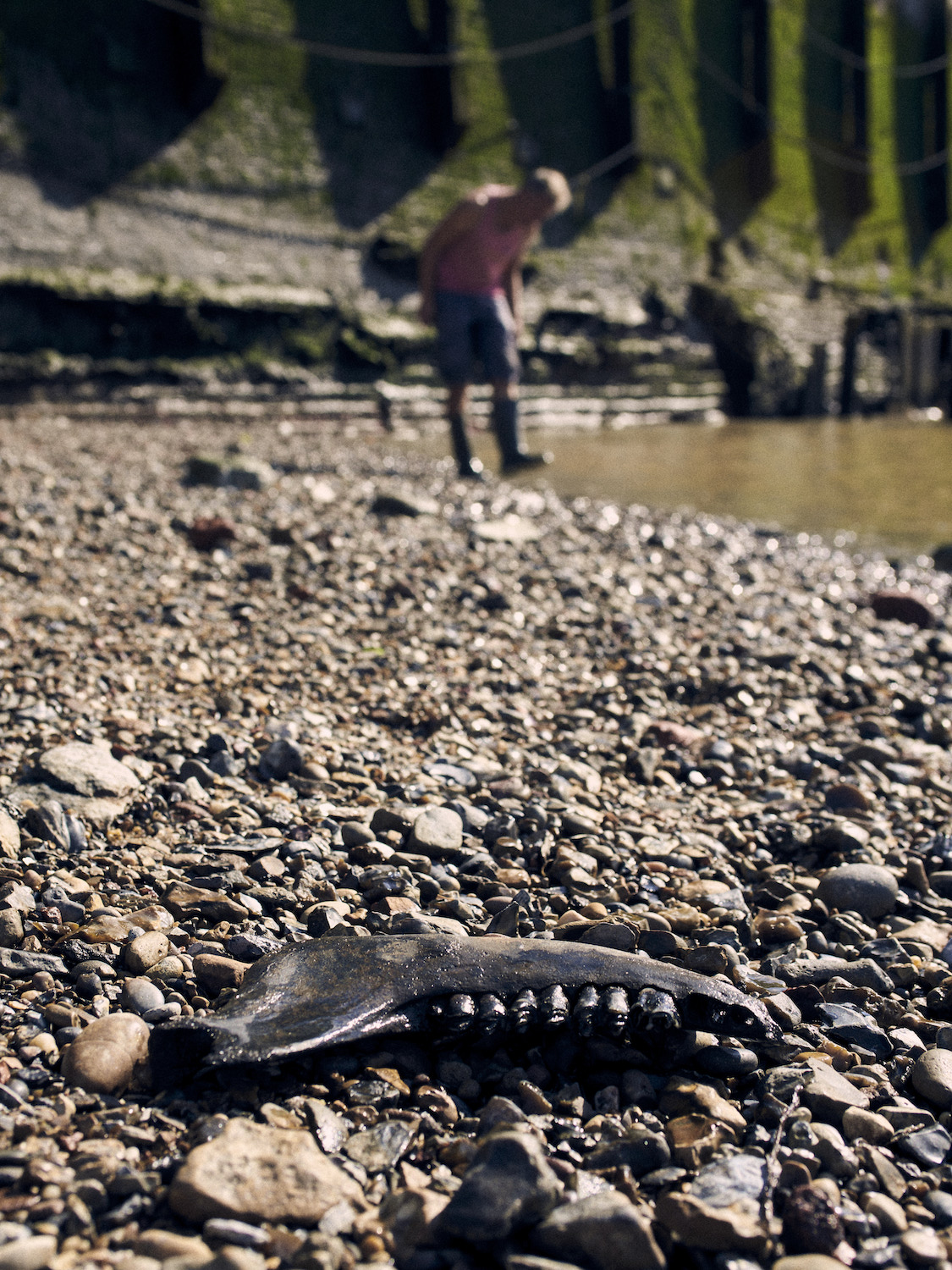 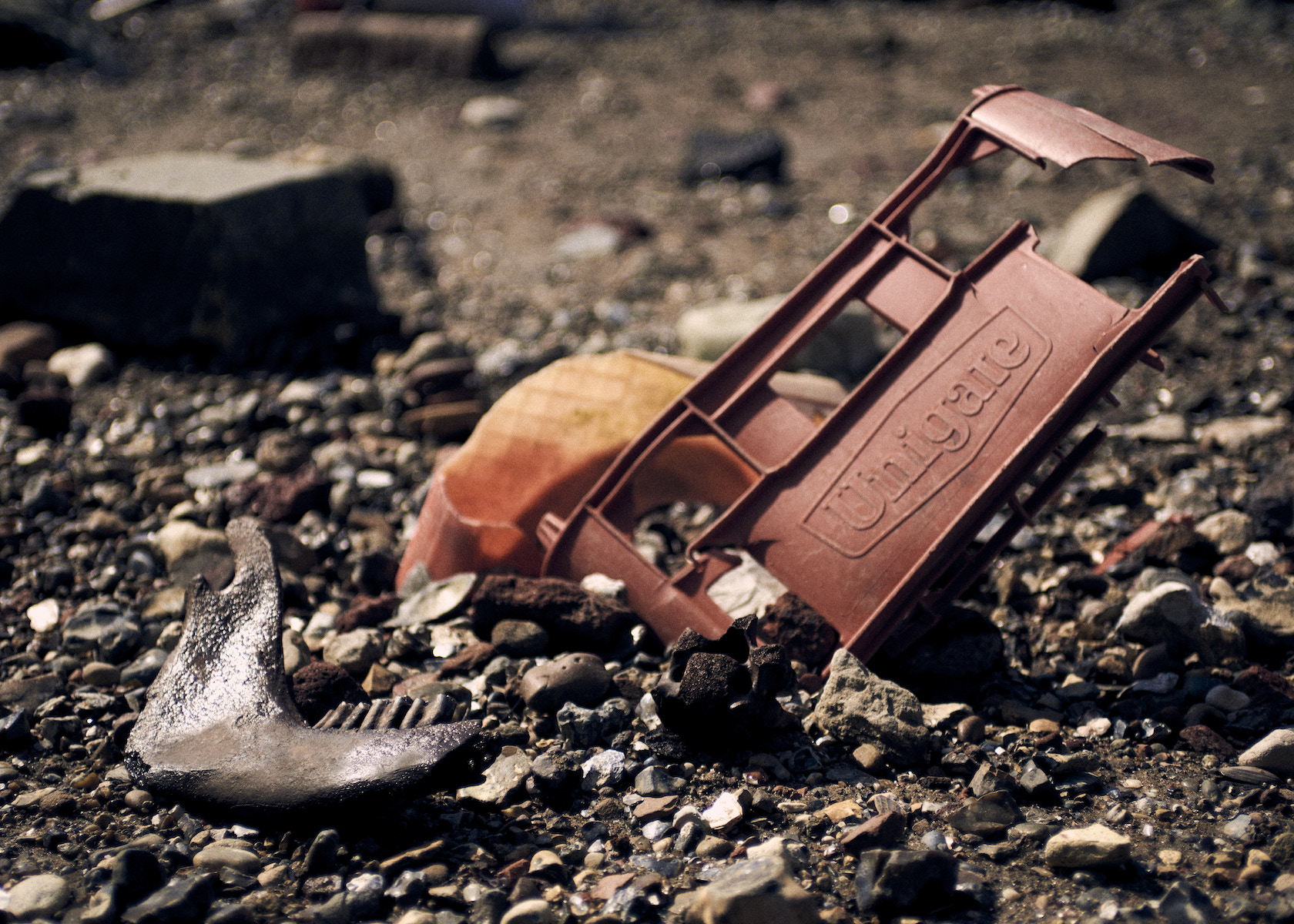 Linkedin
RELATED ARTICLES
OTHER ARTICLES
Recent research is highlighting the drug’s enormous potential for treating substance abuse.
A campaign seeking to prevent future injustices where there is state involvement is gaining momentum, with Labour recently pledging its support.
Photographer Nico Froehlich’s series documents South London’s diverse communities, while also reflecting on their fragility amid rapid gentrification.
A new documentary tells the story of an unassuming cul-de-sac of 13 timber framed houses built by Fusions Jameen – London's first Black housing co-op.
The photographer describes taking inspiration from Magnum photographers to craft an intimate and revealing portrait of the city.
Photographer Jeffrey Silverthorne always treated his subjects – often those living on the margins of society – with empathy and respect.