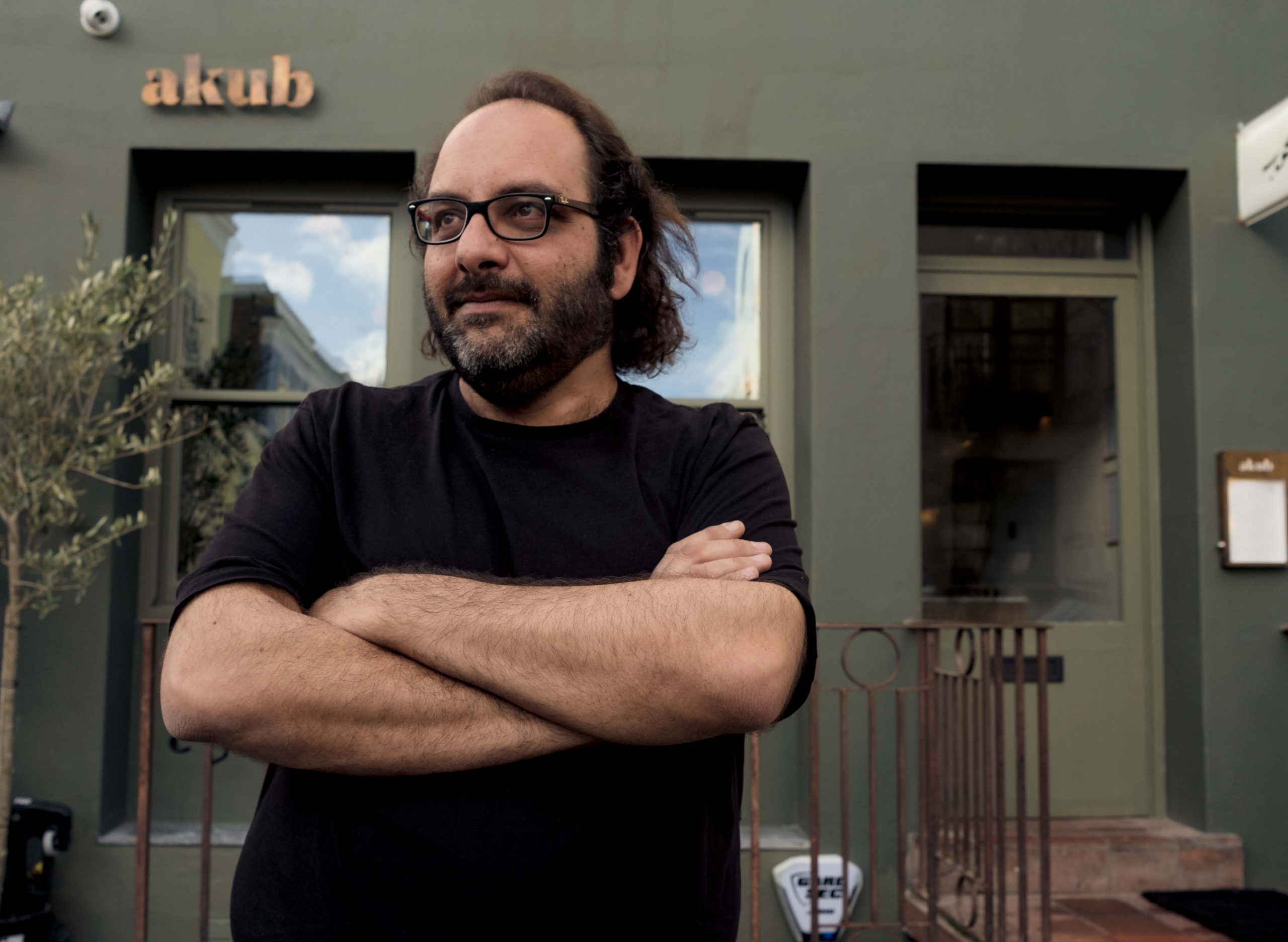 At his West Bank restaurant, Fadi Kattan established himself as the voice of modern Palestinian cuisine. Now, he’s bringing his innovative, bold flavours to the UK’s capital.

At his West Bank restaurant, Fadi Kattan established himself as the voice of modern Palestinian cuisine. Now, he’s bringing his innovative, bold flavours to the UK’s capital.

Walking through Notting Hill, I’m struck by what a place of distinct contrasts it is. I don’t often venture to this part of London, but I’m here for a very special task and that is interviewing the legendary Palestinian chef Fadi Kattan at his new restaurant Akub.

As we sit down over cups of Arabic coffee, Fadi tells me the restaurant is booked up for weeks – he cannot even get tables for his close friends. “I had to move the time of my own mother’s table booking yesterday,” he sighs. “She’s coming with the former and current Palestinian ambassador”. I get the sense he enjoys the chaos of it all.

Fadi sets down a resplendent, plentiful lunch of Mansaf, Labaneh, Arak cured Sea Bass, Grapevine leaf wrapped Skate, numerous breads and cheesecake for dessert. The Mansaf is delicious; hearty parcels filled with lamb and doused in a creamy but tart, sour source. I try to tell him it reminds me of the last time I was in the West Bank, but I can’t put my finger on why. He replies that it’s the way he’s blended the Tahini with the herbs, a particular Palestinian traditional mix – of course with a Fadi twist.

If you asked me what my favourite thing was, it’s a toss-up between the Gazan tomatoes and a green condiment I can’t remember the name of. I laugh as I tell him this, because I don’t even like tomatoes, but they truly were one of the most delicious things I’ve ever tasted.

The food is small sharing plates, so naturally, the table descends into a chat about all kinds of things. I wonder to myself if this is what Fadi seeks to cultivate at Akub. 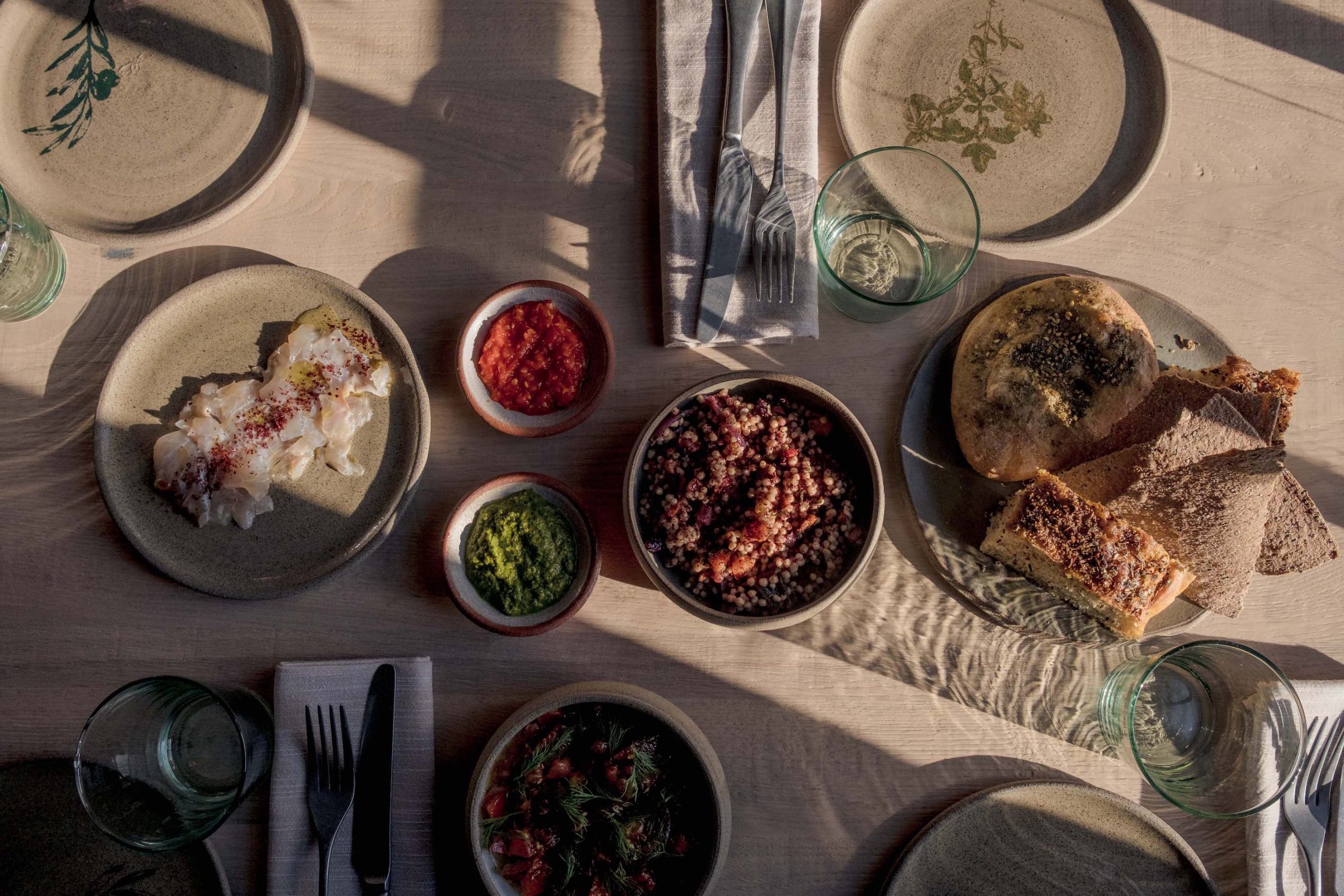 Fadi is already the celebrated chef at Fawda (Arabic for ‘chaos’), in Bethlehem, now sadly closed due to fallout from the Covid-19 pandemic. Over the years, he’s built up a reputation for his expertise in hyper-local cuisine and for using fresh ingredients to create a bold fine dining experience. “I was the nutcase with no menu. My staff thought I was crazy at first,” chuckles Fadi, speaking upstairs in Akub’s three-floor building in Notting Hill, “but now they understand”.

Fadi first arrived in London 25 years ago, where he says the food scene was “not very exciting”. Fast forward to 2023, it’s a different story, with nearly all cuisines presented properly, and local traditions celebrated bringing “a real change for pallets and dining experiences”. As Fadi says, “London was ready for a Palestinian modern restaurant” – and so, Akub was born. Except this lightbulb moment happened three years ago, and Covid inevitably got in the way.

Finally, this month, Akub has opened its doors to great critical acclaim. The design of the restaurant is simple but sleek, with distinct nods to Palestinian culture. There is a beautiful Tatreez tapestry on the wall, a huge olive tree by the window and keys placed delicately within the walls to symbolise the ‘right of return’ to the homes from which they were displaced for Palestinians across the world.

Palestinian cuisine is often subject to appropriation, not just by Israeli chefs, but also others. “A lot of it is about educating people on my food, Palestinian food,” he says, “when I deal with Israeli chefs, they have to be in harmony with the Palestinian right of return.” I ask him if he’s met any who are. “Not yet,” he replies. “In the world of food, appropriation is really problematic,” he continues, “Maftool, for example, is hand-rolled by Palestinians; there’s a story there, so when people start calling it Israeli couscous then that’s a problem because you’re erasing the history.”

In lockdown, Fadi began a YouTube series called Teta’s Kitchen (“Granny’s Kitchen”) that saw him travelling across the West Bank, and sometimes Israel, to cook local specialities with the mothers and grandmothers he describes as the guardians of Palestinian cuisine. One poignant video of a Gazan Teta was filmed over Zoom, as even Fadi, as a Palestinian, is unable to pass through the blockade into the city described as the world’s largest open-air prison. 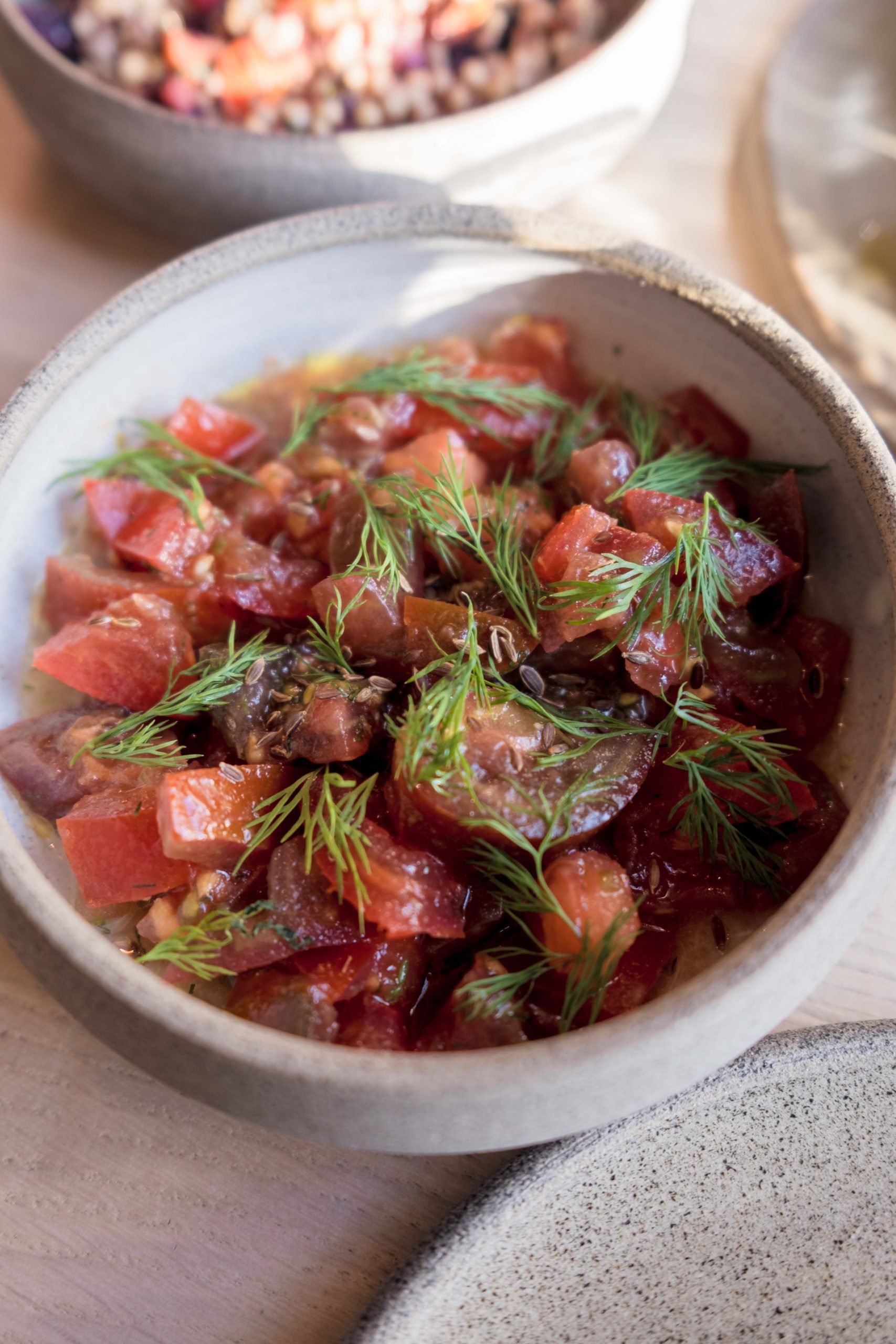 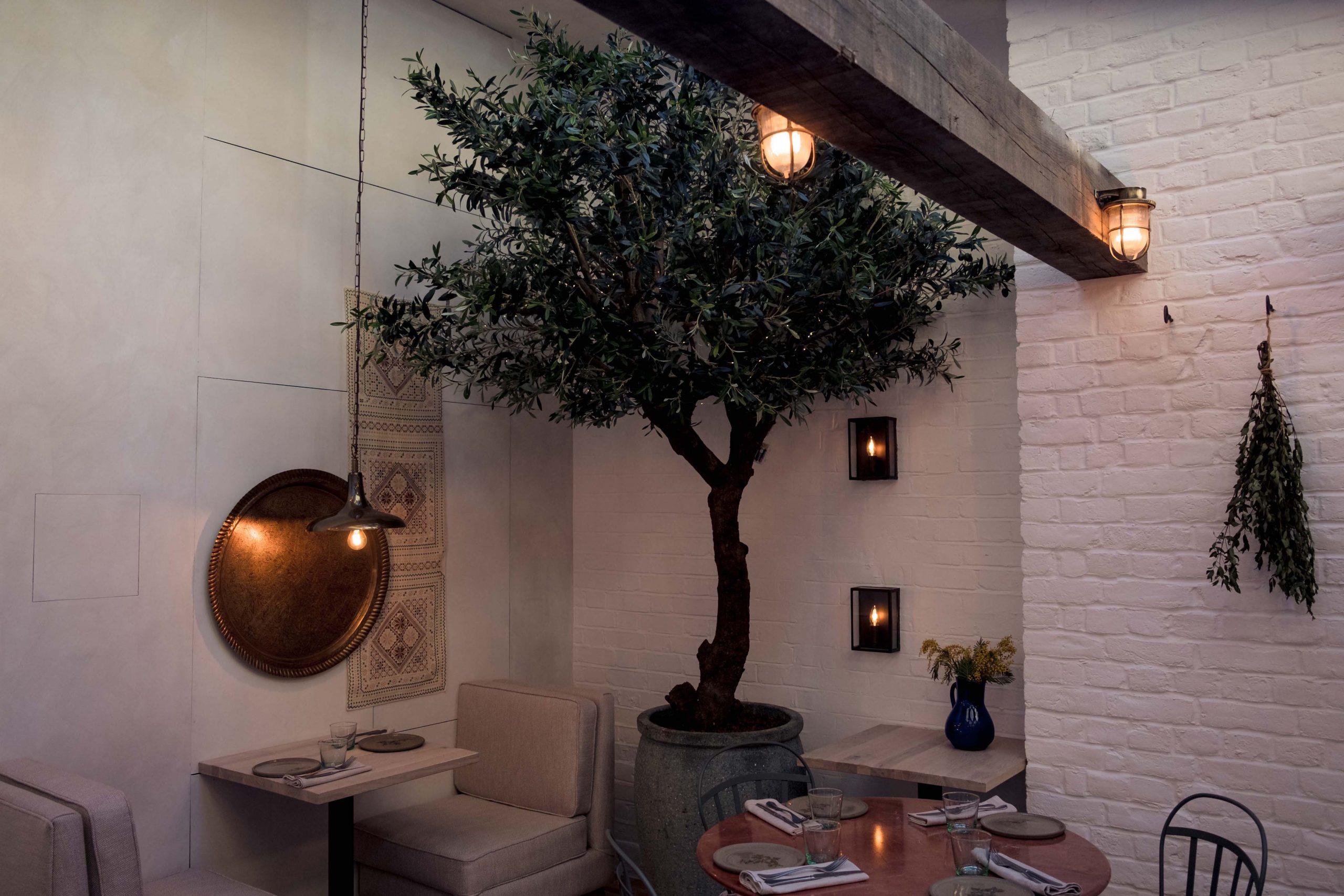 “I learnt to cook from my grandmother,” he says, “she entertained a lot. She actually set up the Arab Women’s Union and so there were lots of events always happening at our home. Often, farmers would come to the house before the market opened so she could make sure she got the best produce.” Clearly, Fadi has clearly taken this approach to fresh produce seriously; he has developed recipes for Akub that are made from only local fresh products. The skate he’s got cooking downstairs for us to photograph later is from the Bay of Rye.

Fadi’s other restaurant Fawda is in the Occupied West Bank. He says that when he opened Akub, a friend joked with him that, finally, people can enjoy his food without having to go through a checkpoint (Bethlehem is surrounded by them). “If I have to walk through a military-controlled checkpoint, do I want to go and have a coffee in Jerusalem afterwards?” he asks. “Am I in a good state of mind after that?” He shakes his head.

I’m curious about Fadi’s thoughts on the ongoing occupation of the West Bank and how this impacts his work. Having been in Bethlehem myself only a month prior, it was clear to me that settler and state violence is on the increase. “The Israeli authorities have denied Palestinians foraging certain products since the occupation began, settlers and the government have burnt down our groves. So, preserving the link to the land is essential, it’s a part of our identity, and a strong component of Palestine is the farming society.”

Raised in Bethlehem and attending school in Jerusalem, Fadi says he was brought up somewhat in a bubble. He left Palestine to train as a classical chef in France, working in restaurants in Paris and then returning back to Bethlehem and starting Fawda in 2016. 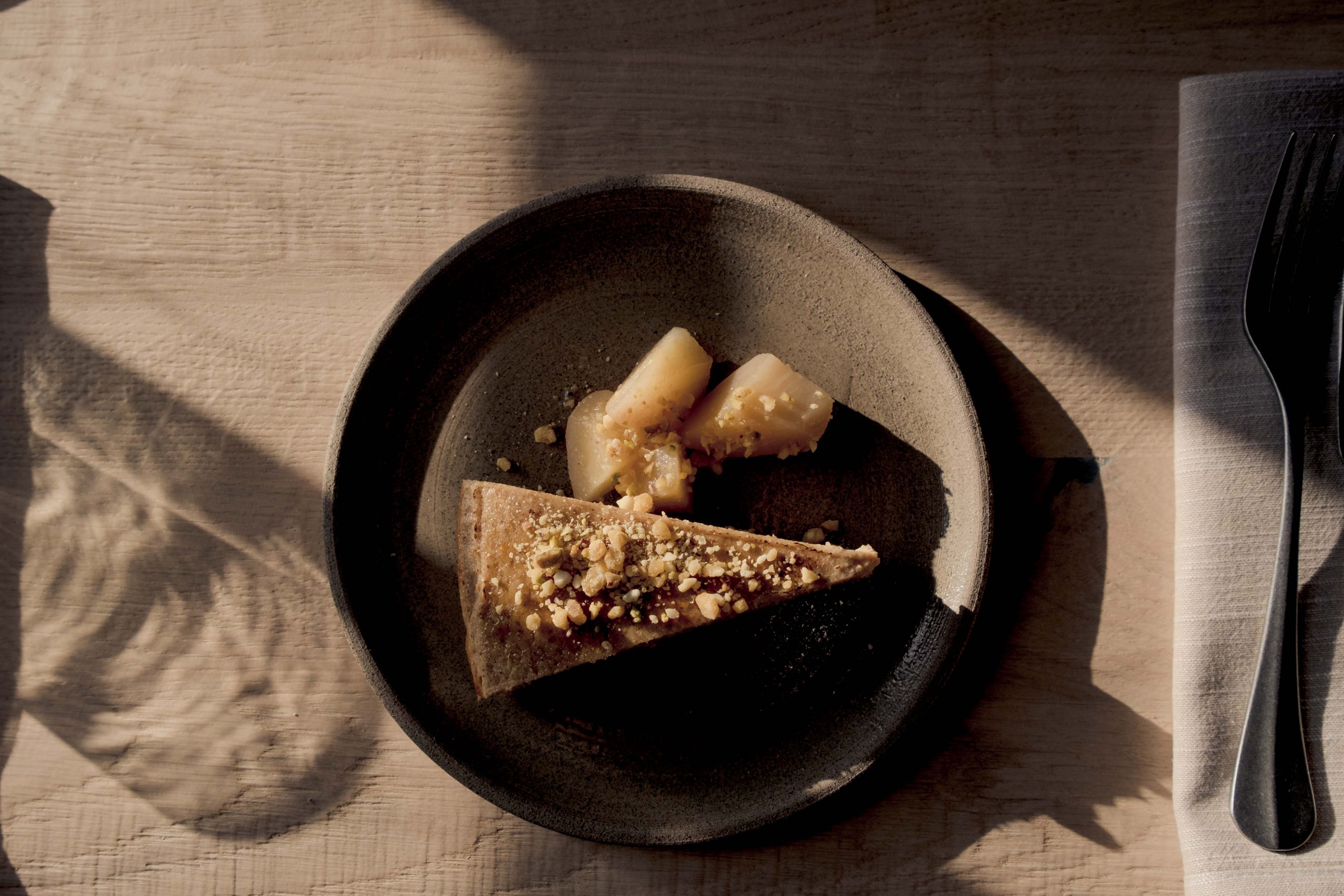 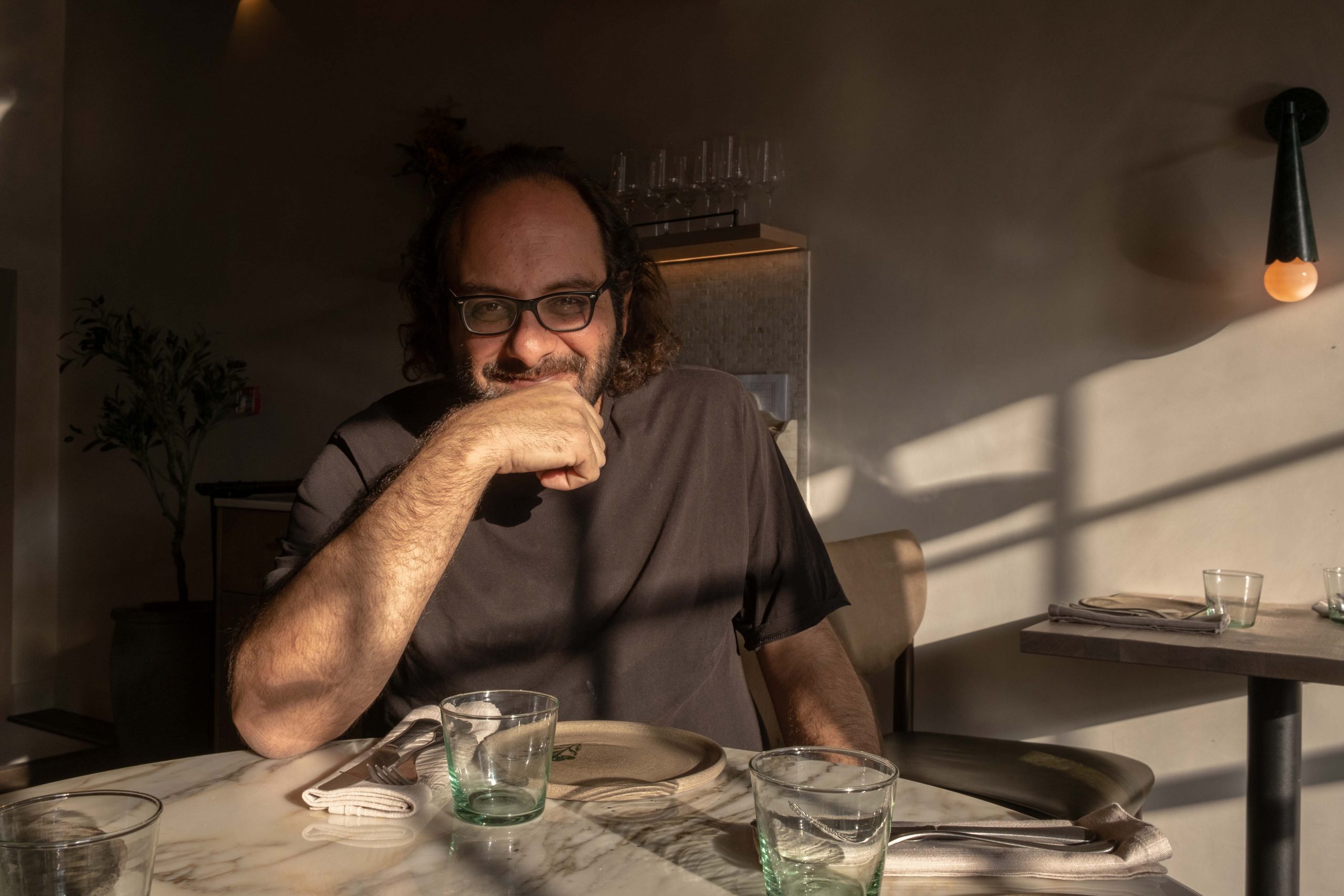 “It’s shocking that the world is silent about what’s been going on in Palestine since the occupation started,” he continues. “The fact that Palestinians still live under occupation denied access to their lands, and the UN has been passing resolutions since 1949 about refugees, the right of return, and compensation, but hasn’t delivered anything on the ground.”

I mention that in my last round of travels through the West Bank, I picked up a concern from many Palestinians that a third intifada is on its way, in response to the increased military violence seen in the last few years. At the time of writing, 14 Palestinians have already been killed in 2023, many of them children or young adults.

“I have memories of the first intifada, trauma from the second. I saw my city under siege, with tanks and helicopters around us. We haven’t made a choice to talk about politics or not, it’s forced upon us.” He adds: “Every life lost is a disaster, whether they’re Palestinian or Israeli.  The younger generation doesn’t have hope, we had hope when the Oslo agreement was signed. We thought maybe this is the beginning of something. Of course, we were bitterly disappointed.” 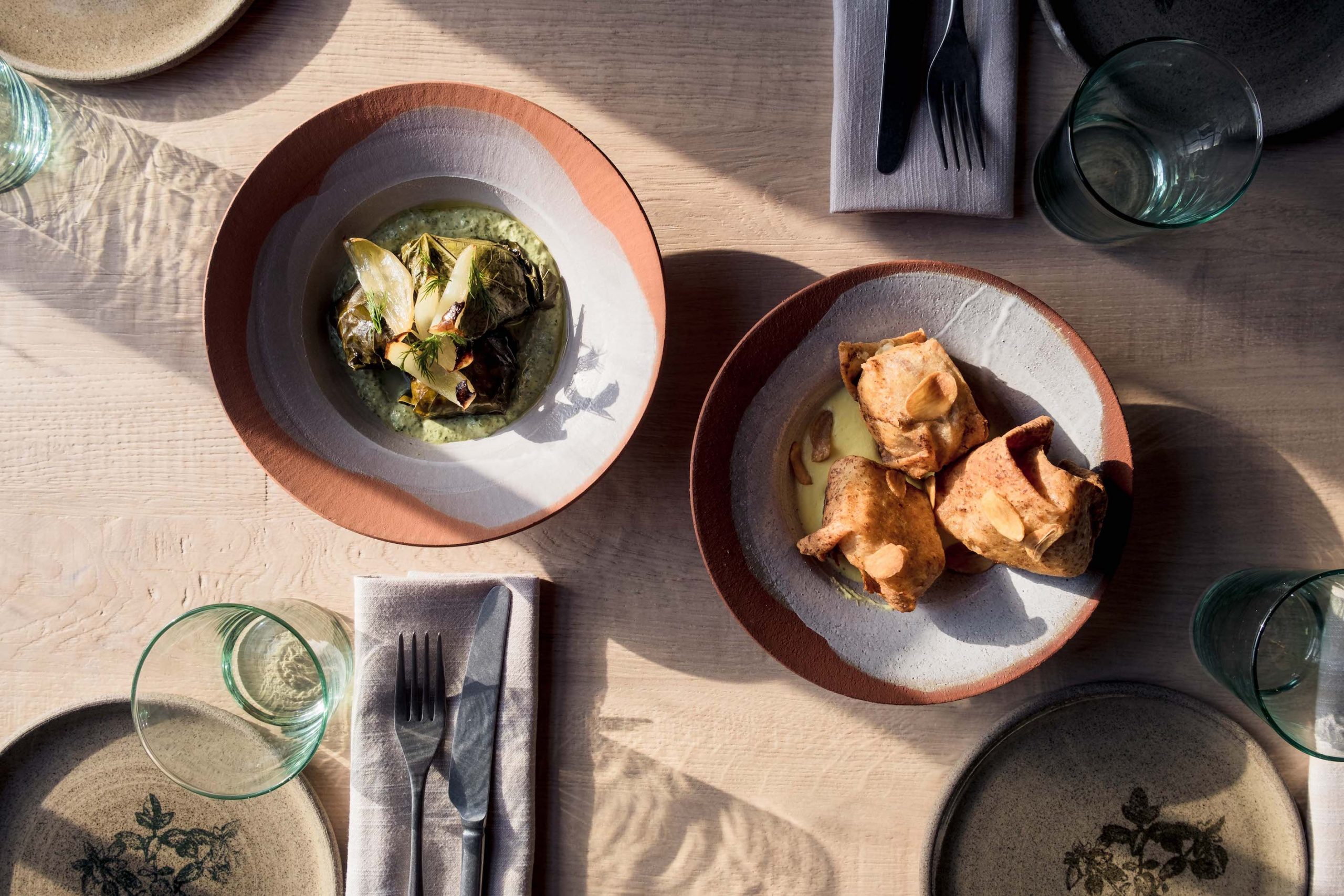 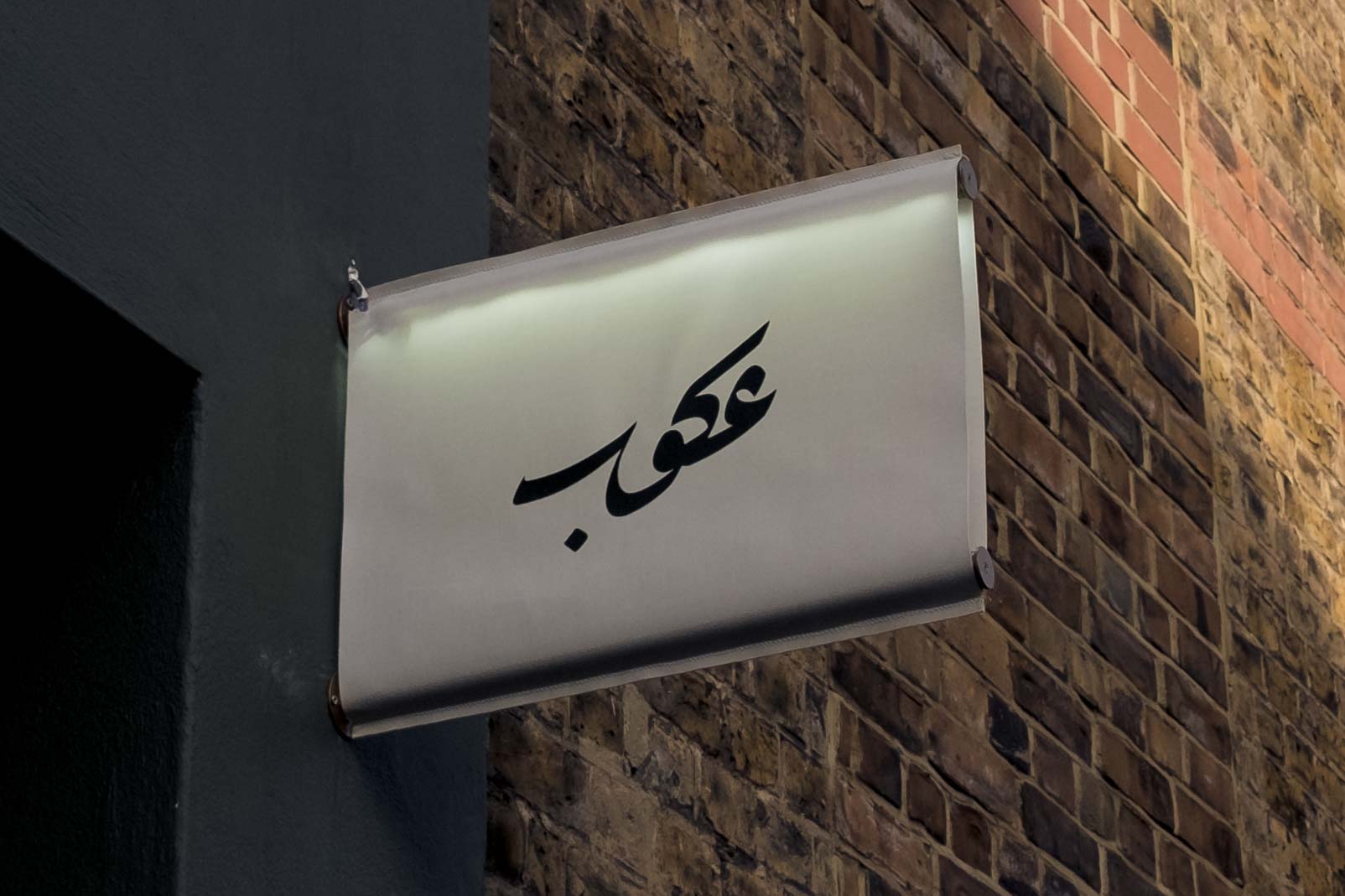 Emboldened by Fadi’s willingness to get into the weeds of Palestinian politics and indulge my off-piste questions, I raise a subject that has led to some controversy, surrounding Akub’s choice to serve non-Halal meat. “I didn’t choose to serve non-Halal because I don’t want to, I have the same ethical engagement towards small farming producers and ethical butchers in the UK. The story of Palestine is thousands of years long, diverse cultures have met in this basin and not everyone is a Muslim who eats Halal… I will never try to guess somebody’s faith. Our menu offers food for everybody, there are four meat dishes among 18. If you’re not drinking alcohol, you can’t have Arak seabass. If you have a food requirement, you just need to tell us.”

As I walk down the stairs after wrapping up the interview, I see a similar scene spread across the tables. I’ve only just finished eating but I’m hit with pangs of jealousy, as plate after plate of bejewelled delights are set down. It’s been seconds since I finished eating, but I’m already thinking of an excuse to come again.

Akub is open for bookings now.

Linkedin
OTHER ARTICLES
Tristan O’Neill’s shots of dancers caught in moments of reverie at the height of rave’s golden age are a testament to the UK’s legendary club culture.
Photographer Sean Maung reflects on documenting a small town in Pennsylvania afflicted by high levels of unemployment, poverty, violence, crime, and addiction.
A new podcast is opening up the conversation between trans women and trans amorous men in the hope of building coalitions.
A recent High Court ruling against the right to wild camp in Dartmoor National Park sparked the largest land protest in history – and campaigners say their fight is not over yet.
Photographer Becky Tyrell went down to the fading banger and stock raceway to meet a community desperate to keep it alive.
After fleeing the war in Ukraine, people are finding it impossible to secure affordable and decent housing in the UK.