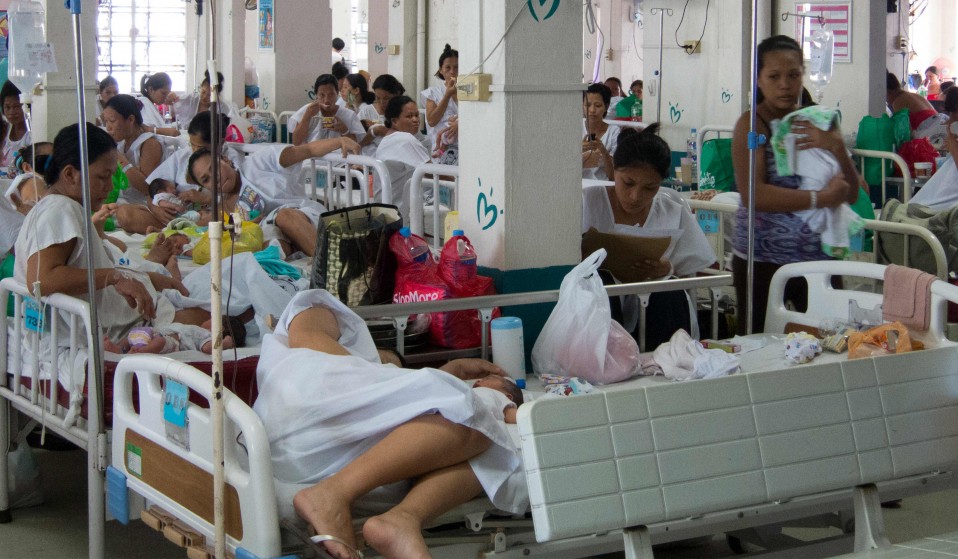 Over 1000 Filipina women are dying from unsafe abortions every year

Huck speaks to British filmmaker Jo Fuertes-Knight about her latest project, Year of Mercy, an intimate insight into the world of underground abortions in the Filipino capital.

Every year, around 1,000 women die as a result of unsafe abortions in the Philippines. Instead of accessing safe medical procedures, desperate young women are resorting to perilous measures in order to stop unwanted pregnancies: induced miscarriages, aspirin overdoses, and backstreet procedures from untrained practitioners are all commonplace.

The Philippines is one of just six countries around the world where abortion remains illegal under all circumstances – including in cases of rape, foetal impairment, and where pregnancy poses a threat to a woman’s life.

The impact of laws that deny women autonomy over their bodies is clear; in 2010 there were 90,000 hospitalisations due to complications arising from self-induced abortions in the Philippines. It’s an alarming figure.

Earlier this week, Jo Fuertes-Knight’s latest documentary for VICE dropped online. It’s called Year of Mercy, and tracks her journey as she travels to Manila, intent on seeing how young women are dealing with the consequences of these restrictive and dangerous laws.

“There’s a few reasons why I wanted to make this film now”, Jo tells me, as she stirs her coffee slowly when we meet. “Catholicism is entrenched into the fabric of Filipina society, and as predicted every home I went into had symbols of faith presented for all to see: rosary beads, images of the pope, you name it. I wanted to see how Catholicism is impacting attitudes to abortion right now on the ground.”

It’s a tense time within the Church – last September Pope Francis declared that 2016 would be a Year of Mercy, where the power to absolve women who’d had abortions would be extended to bishops around the globe. At the same time, the Catholic Bishops’ Conference of the Philippines (CBCP) remained a vehement opponent of new Filipino reproductive health laws, criticising measures that provide government funding for contraception across the country. Filipinos look to the church for moral guidance, and these rifts gave Jo fertile ground for exploration. 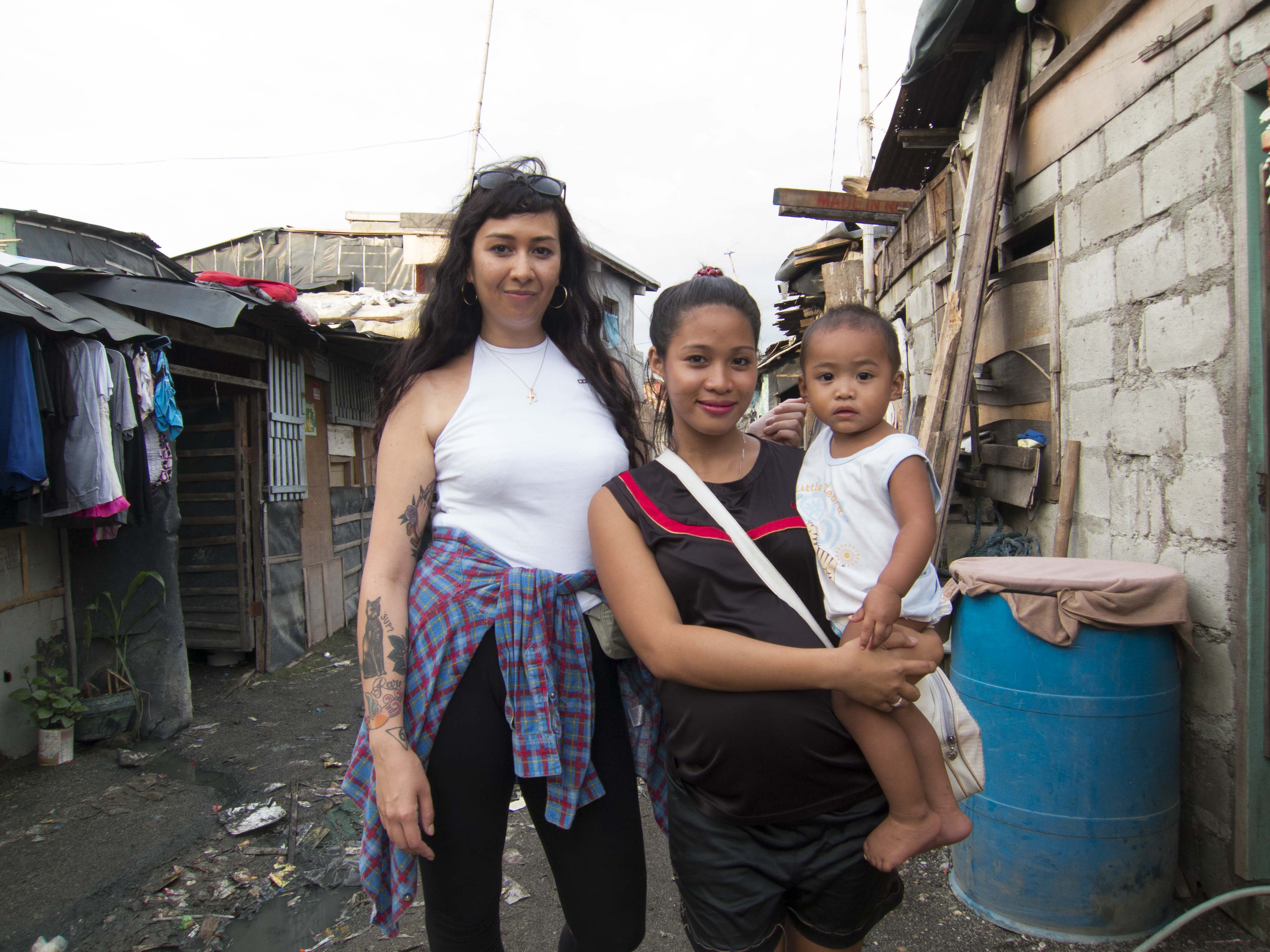 “It’s always difficult to get female led stories commissioned; I don’t care what anyone says”, Jo continues. “You can have something with the gravitas of this topic, with women dying daily, but we still had a long fight to push this through. I could see this clear hook, but people were telling me it’s happening in Ireland, it’s happening across Latin America, why do we need to make this now? All I could say is that we should be covering all of it, and yes, it must be kept in the news.”

Jo grew up in North London, attending Catholic school as a child. “When I left, I began to realise that a lot of the teaching was dangerous,” she reflects. In one class she was given an “abortion badge”, adorned with “little foetus feet”, and it was pinned onto her clothes. “We were told that the image was the exact size of the feet of the life you’re killing when you have an abortion”, she mutters. “We wore them in class, it’s actually fucked.”

Jo later grappled with these Catholic doctrines, much like she hopes young Filipina women will continue doing today. “At that time I was questioning my beliefs, and my parents too were going through this lapsing Catholic period.” Jo says her mum works closely with women who’ve been through rape, sexual abuse, incest and abortions, “she started to think these facets of the religion were bullshit, and that her home country is a disgrace.”

As a filmmaker it’s all too normal to get absorbed by a story, but then on has to quickly move on to the next, leaving the issues and subjects behind. In this case, with a topic so close to home, Jo has no interest in saying goodbye.

“Both as a woman and someone with Filipina heritage, I’m not going to stop pushing for change now the film is done,” she says, with an audible determination. “I really hope what we’ve created can be effective in helping shift policies and attitudes over there, and that’s my ambition, but that’s not all that needs to be done.”

“For those of us with Filipino roots living around the world, our relationship with the country is strong, and yet we’re detached, being geographically so far away.” Jo hopes this film will allow people to see the direct consequences of the attitudes held by diaspora communities. “A lot of the time Filipino communities can sit back and say these women are fine, but seeing there’s no safety or dignity in these self-administered and dangerous practices might open their eyes.”

A lot of documentaries on abortion rights fail show you the gritty results of policies; the graphic images in the film depict the harsh reality of what young women face day to day. “We had a lot of arguments as a team about what to show and what not to”, Jo explains, ” but what we went with was right.” It’s shocking but representative, the scenes depicted are not of isolated incidents, girls and women are going through this every day.

From her time in Manila, Jo is certain that the young people she met will one day enforce change, but she argues there’s work to be done by viewers internationally too.

“Right next to us here in the UK is Ireland, where abortion remains illegal, and that makes me extremely uncomfortable. We need to look close to home and demand change.” Abortions take place every day around the world, your friends and family are having them, and it’s films like this that have the power to tackle the stigma that comes with women exerting autonomy over their bodies.

Linkedin
RELATED ARTICLES
OTHER ARTICLES
As people continue to die following contact with the police, we speak to a lawyer about the barriers facing families seeking justice through British courts.
Up-and-coming UK artist and photographer Harry Cartwright on inspiration, his love affair with LA, and the next steps.
It took Thomas Morris three years to write the book of his dreams. Then he scrapped it, sat down, and wrote the truth.
After the release of their debut LP last week, we talked to Philadelphia/LA duo Girlpool about the desire for new scenery and the need for constant change.
A resurgent Conservative government in power has a new generation looking for its sound of opposition. Who will take on the role the Smiths, the Clash and Billy Bragg played in the Thatcher era?
Share the spots that inspire you to ride with O'Neill's #RideMore Tumblr.