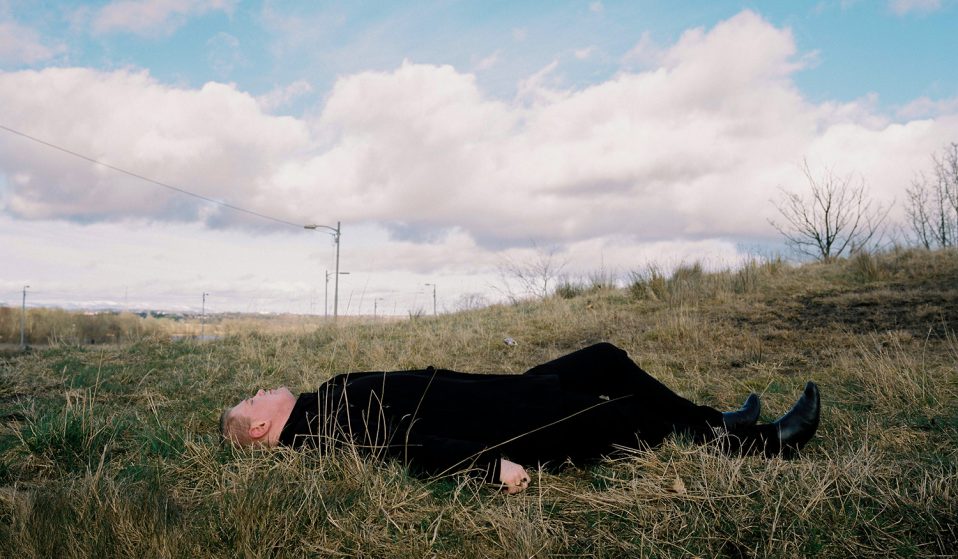 In Glasgow, life expectancy is reduced by 15 per cent. In a new project, photographer Kirsty Mackay reflects on the lives cut short.

Across all social classes in Glasgow, life expectancy is reduced by 15 per cent. In a new project, photographer Kirsty Mackay reflects on the lives cut short.

Growing up, Scottish documentary photographer Kirsty Mackay was intrigued by the poem used to remember the Coat of Arms representing the life and legends of Saint Mungo, the patron saint of Glasgow. It reads: ‘There’s the tree that never grew, there’s the bird that never flew, there’s the fish that never swam, there’s the bell that never rang.’ It’s from this poem that Mackay’s new photo book, The Fish That Never Swam – an illuminating insight into Glaswegian lives – take its name.

Glasgow is a city where life expectancy is reduced by 15 per cent across all social classes. Mackay says the Coat of Arms and the title of her book allude to this land of lost opportunity. “[Shorter life expectancy] touches everybody in the city. It affects me and it affects my family,” says Mackay. “That was the thing that really galvanised my desire to tackle this.” 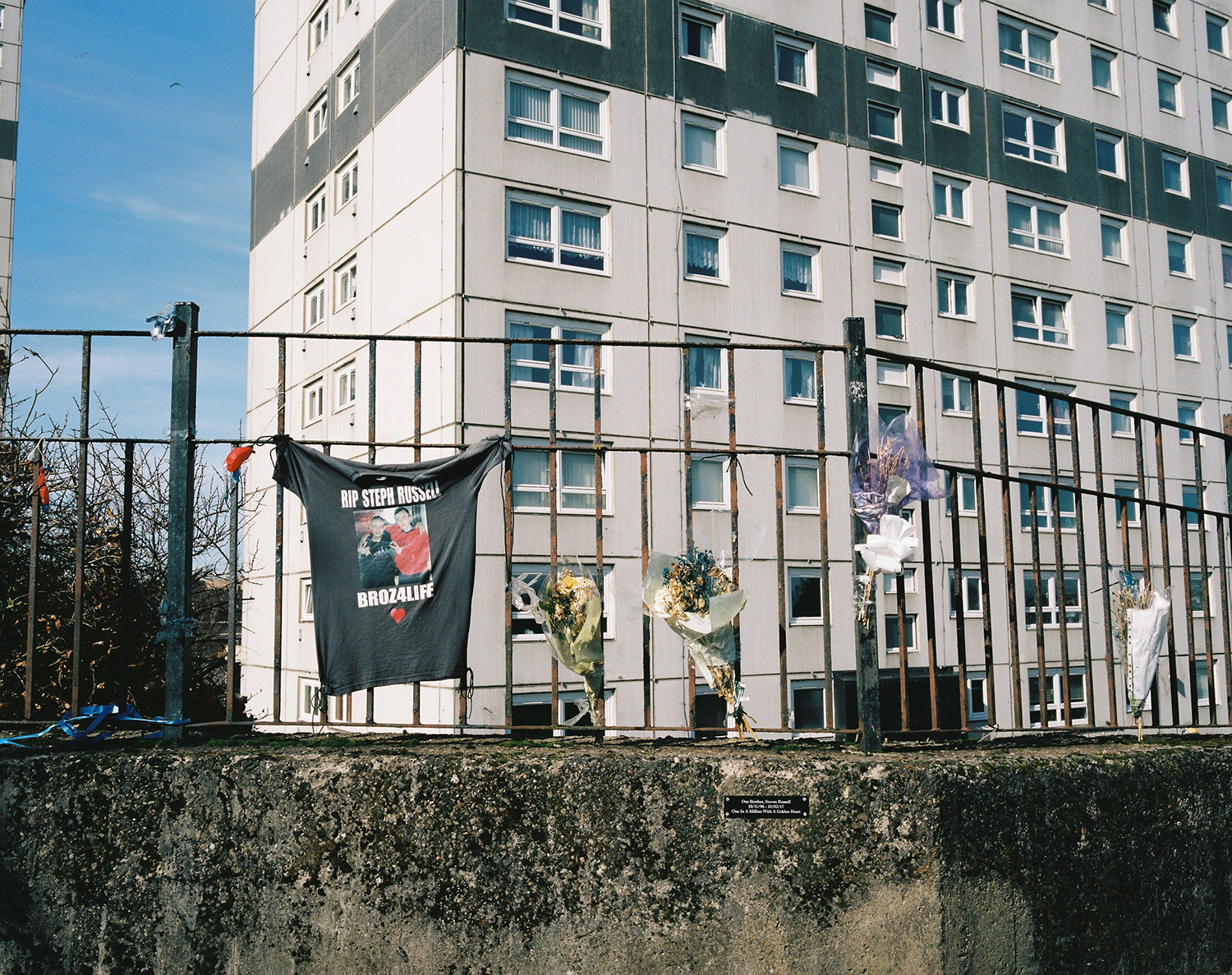 A memorial in Possilpark for Steph Russell, murdered in a knife attack at the age of 20

Mackay spent four years interviewing and photographing her subjects, collecting their stories and how they perceive Glasgow’s excess mortality. In 2016 the Glasgow Centre for Population Health published their research on Adverse Childhood Experiences (ACES), which concluded that the experiences we have as children can have a direct influence on our physical wellbeing. Abuse, neglect, and addiction are some of the variables that have an effect on children as they grow older. Mackay says that these factors are prominent in Glasgow due to the lack of priority the government places on welfare.

“With the Scottish Government, I feel that there is a lack of acknowledgement of what happens in Scotland,” says Mackay. “Sturgeon [once said] economies should not be measured on GDP, but they should be measured on the wellness of the population. It seems quite odd to me that she talks about this when we have these problems in Glasgow.”

Mackay’s photographs capture the spirit of the nation as well as its emptiness, from a mother tenderly cradling her newborn to a woman sitting clad in yellow knit and floral tattoos. There is a sense of loss that clouds the vibrance of Glasgow throughout. 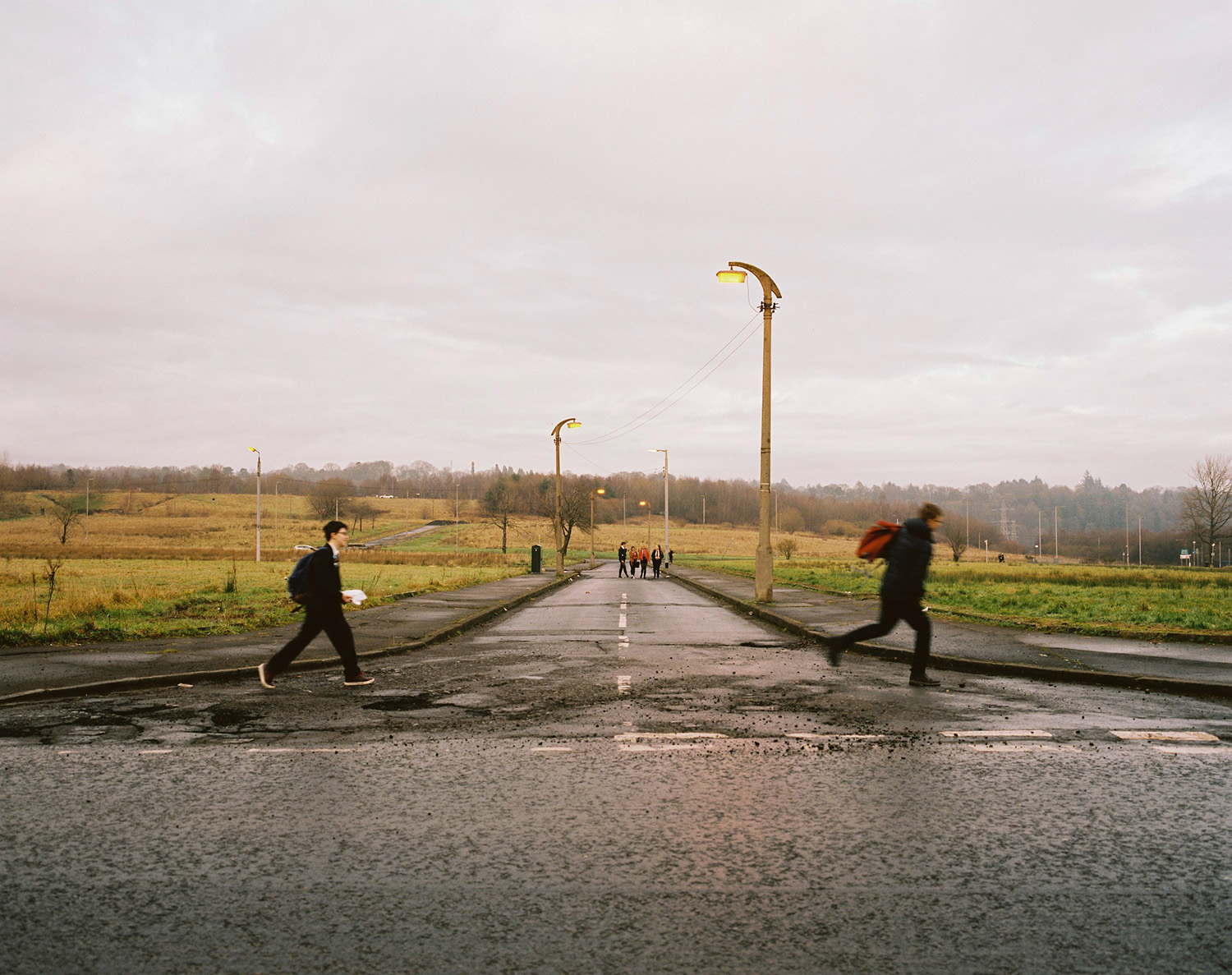 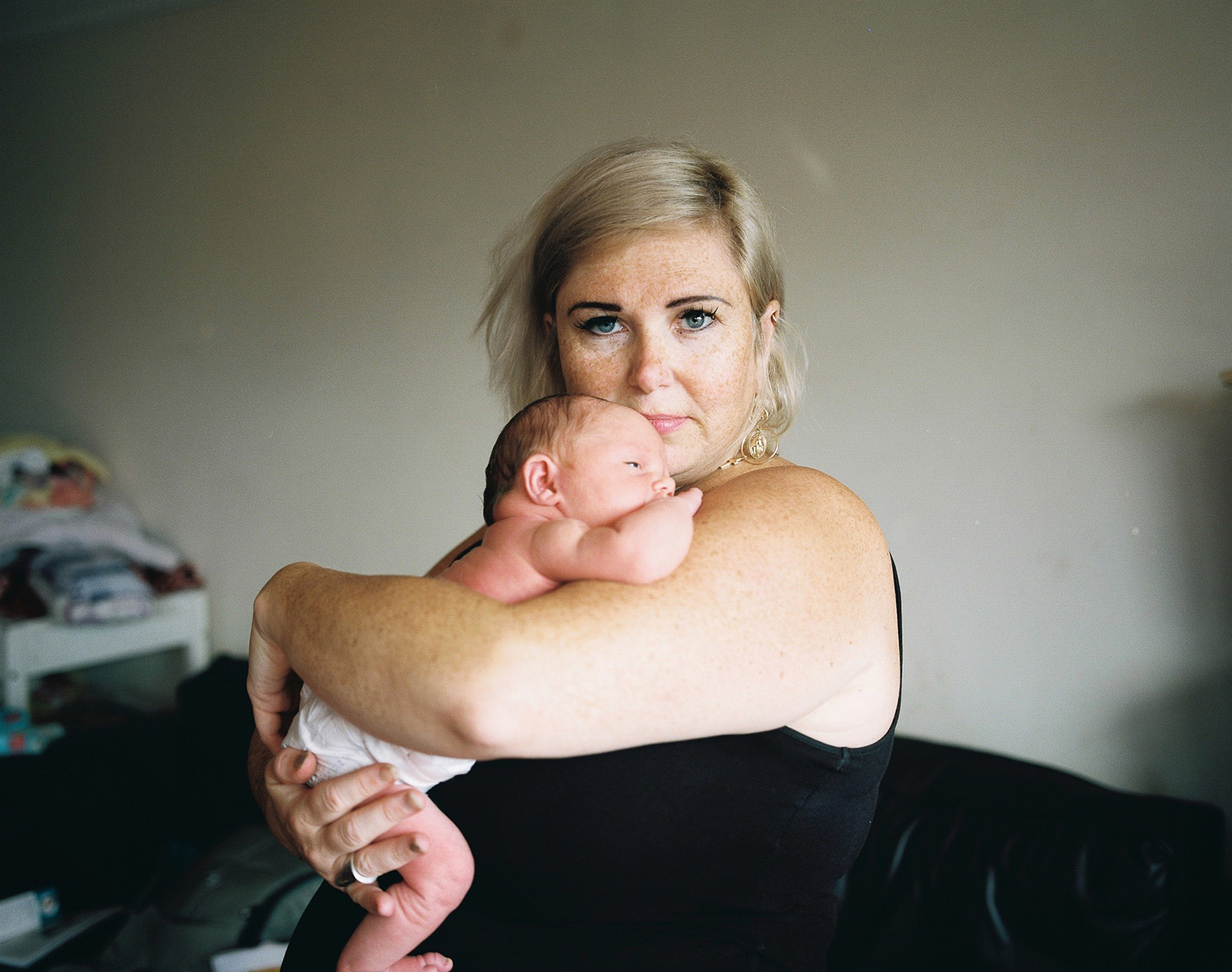 Debbie holds her newborn baby, Anderston, Glasgow. That first journey home from the hospital, depending on which area home is, has a profound impact on health, well being and life expectancy.

Mackay knows this reality first-hand. Her father passed away at the age of 62 from cancer. She states that one in four men in Glasgow won’t live to see their 65th birthday. “I knew my dad’s death was connected to this.”

She continues: “What I didn’t expect was the things I would uncover from my past that I’d put away.” When she was 16, Mackay witnessed the suicide of her neighbour who was only 24 when he took his life. “His bedroom window was right next to my brother’s bedroom window,” she explains. “There was just this one wall that divided our families. It made me think about how we can grow up in the same environment, but have very different experiences.”

Mackay wondered how this exposure to violence can affect the body, which led her to the ACES questionnaire. This involves answering 10 questions about traumatic events or lifestyle in childhood. The higher the score, the more adverse experiences that person will have suffered, and there lies a direct correlation with health. People with a score of four or higher – like Mackay – are twice as likely to develop liver disease, three times more likely to develop lung disease, and four and a half times more likely to develop depression. There is also 11 times greater risk of intravenous drug use and 14 times higher risk of suicide. 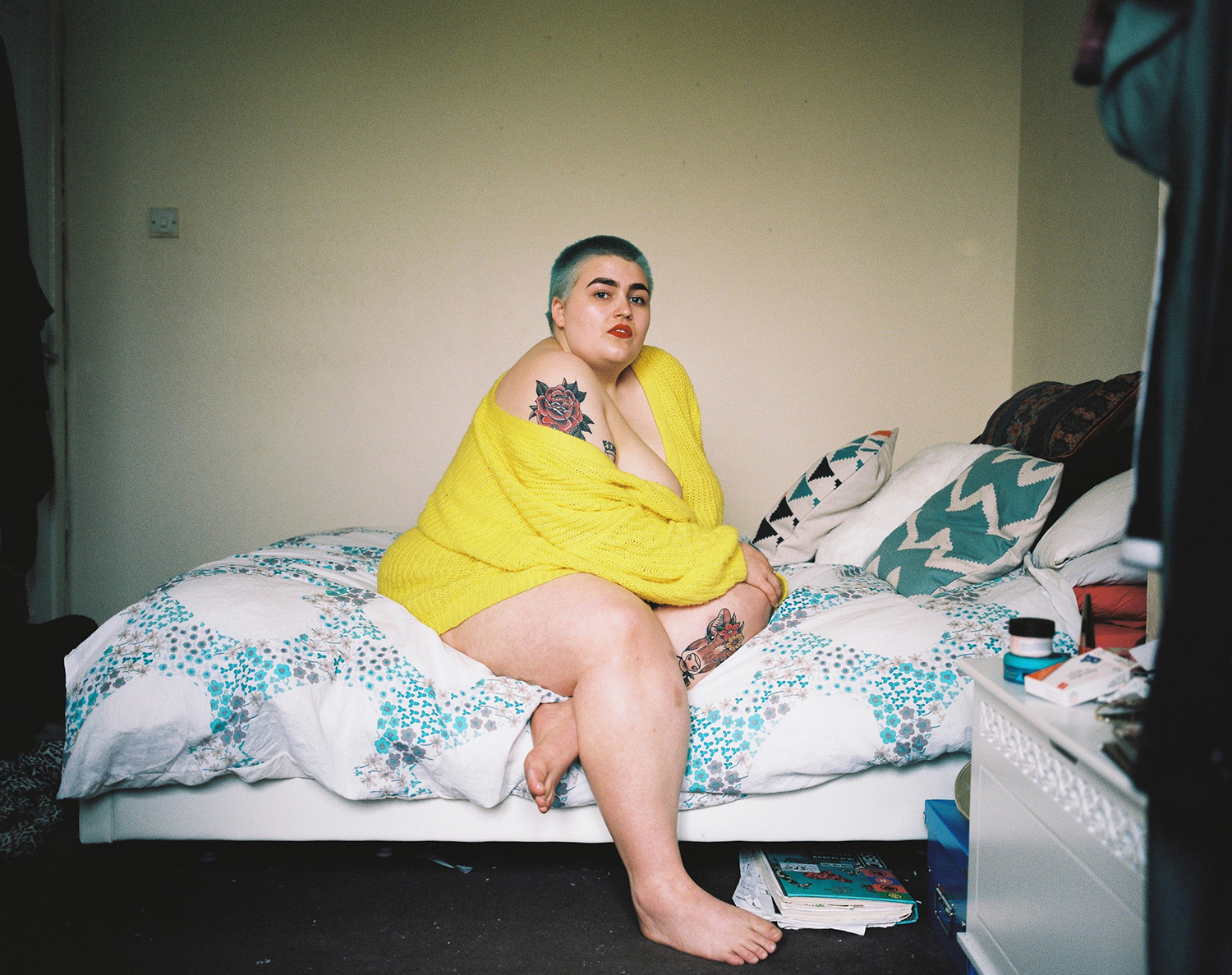 Kaitlin, 23, at home in Springburn. ‘I’ve been diagnosed with a chronic illness, been through two blocks of therapy, left uni, started a new job,’ she says. ‘I feel it in my bones that good things are going to happen for me soon. I am powerful amazing and ready.’

One of Mackay’s subjects, 18-year-old Billy, had a score of seven. However, Mackay makes it clear the fault doesn’t lie with the individual. “The [current] benefit system and austerity takes away dignity and a sense of control over your own life,” she says. “The solutions that I’d like to see are things like universal basic income; actually putting money in people’s pockets that are the most vulnerable, so people can have agency.”

Mackay hopes that her photographs will help raise awareness around Glasgow’s wellbeing crisis. “I’m asking people to look at the external influences that affect our bodies,” she says. “Right now, in the midst of a pandemic, it’s easier for us to see how political policy can impact our health more than ever.” 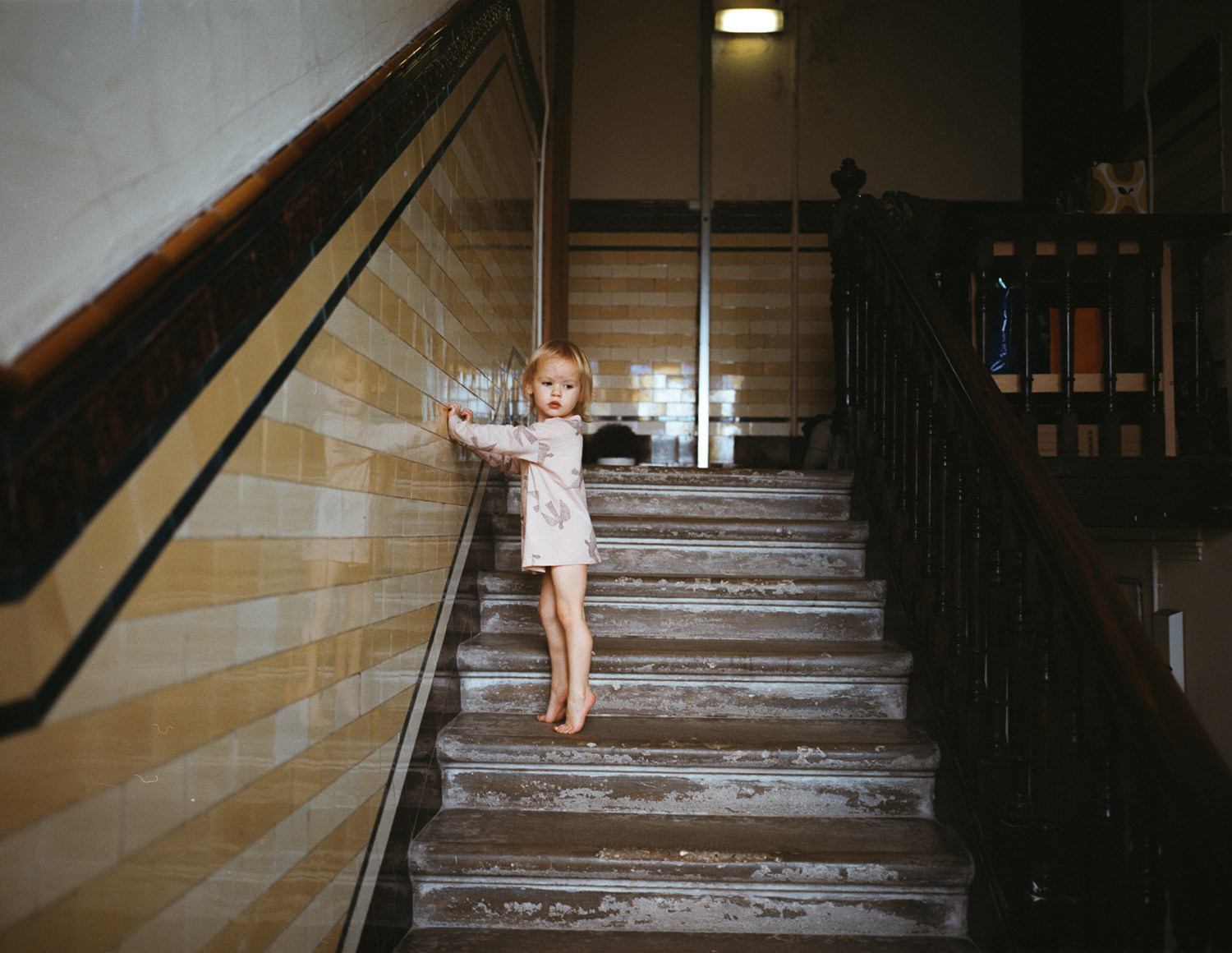 Bea, playing in her close, Battlefield 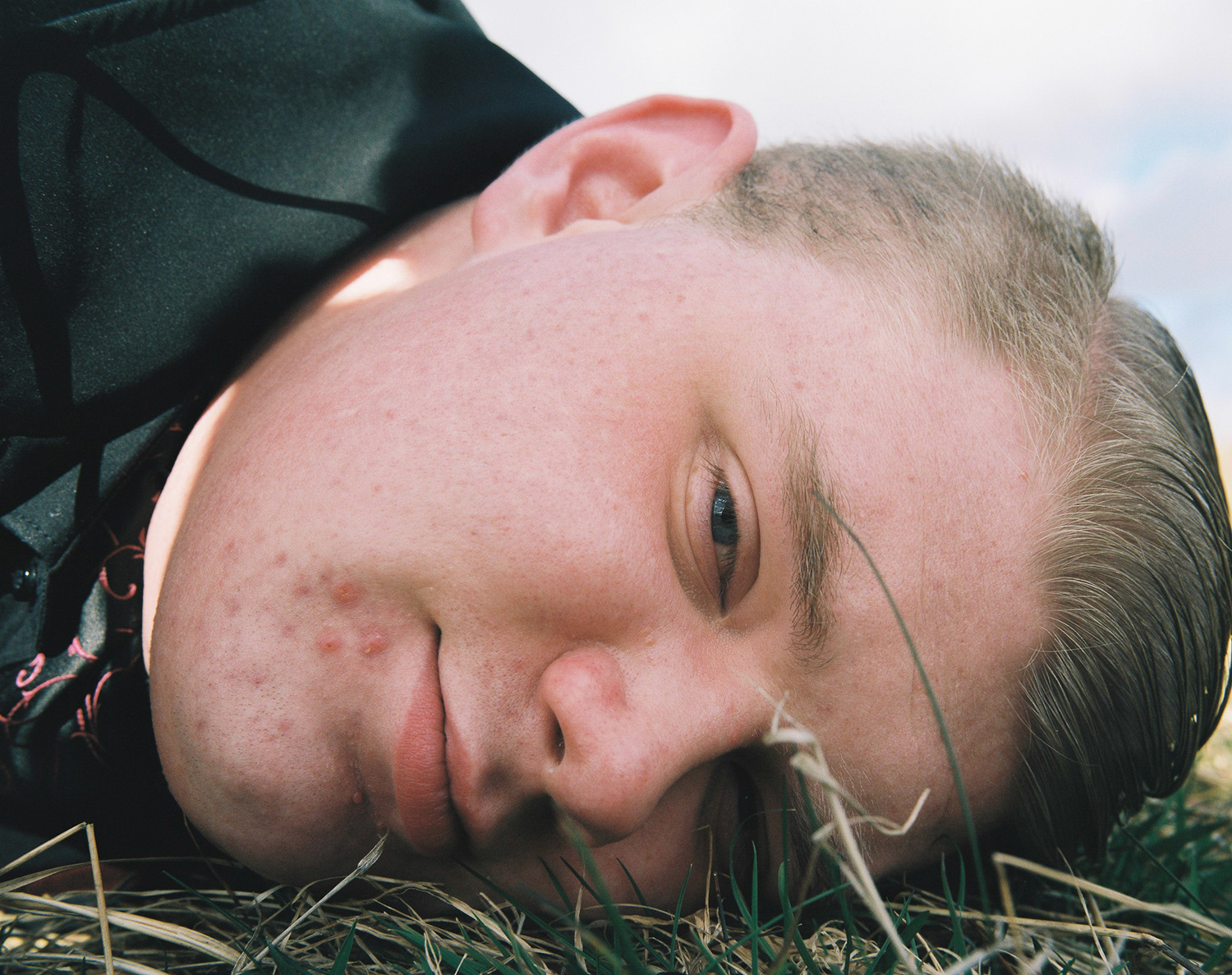 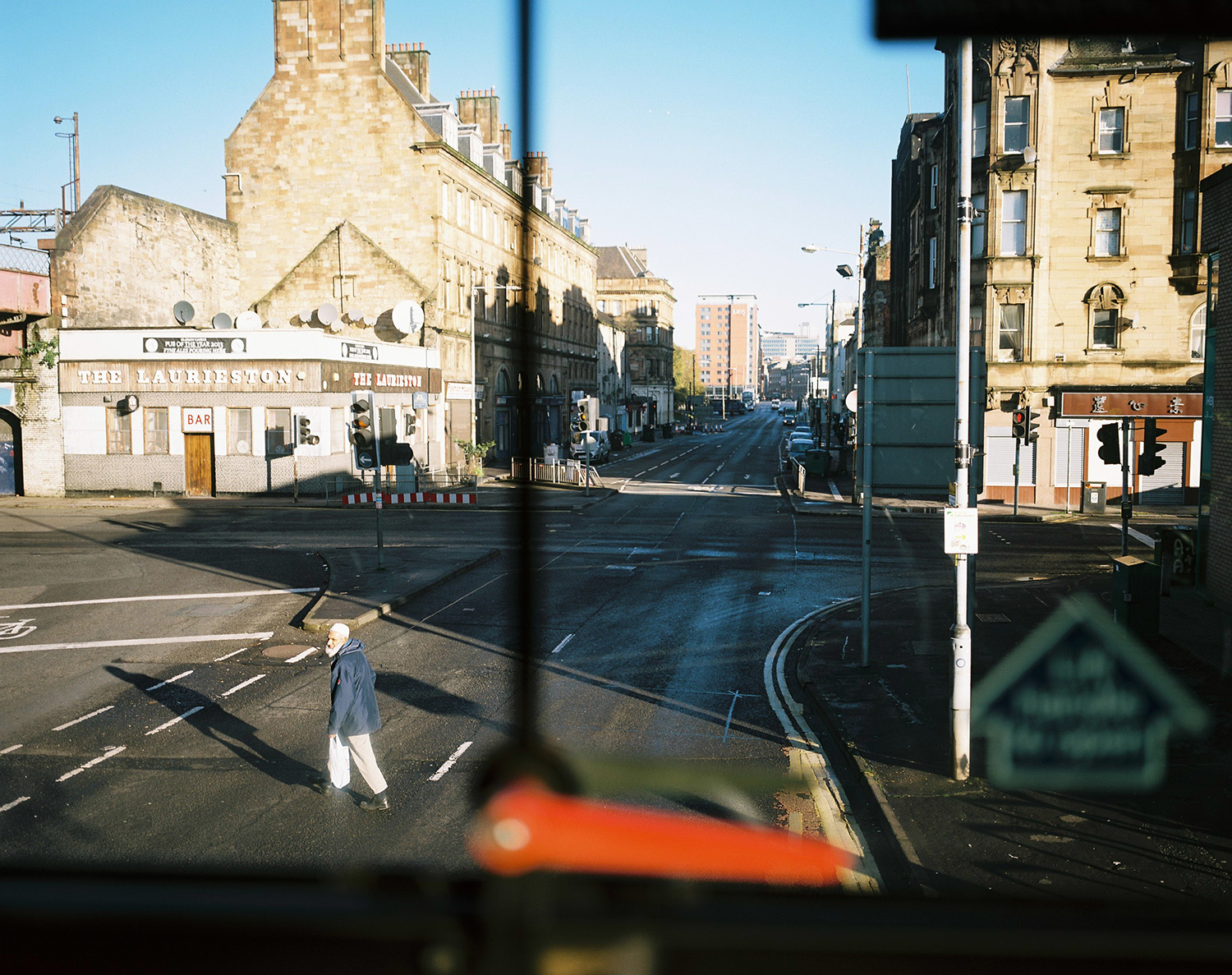 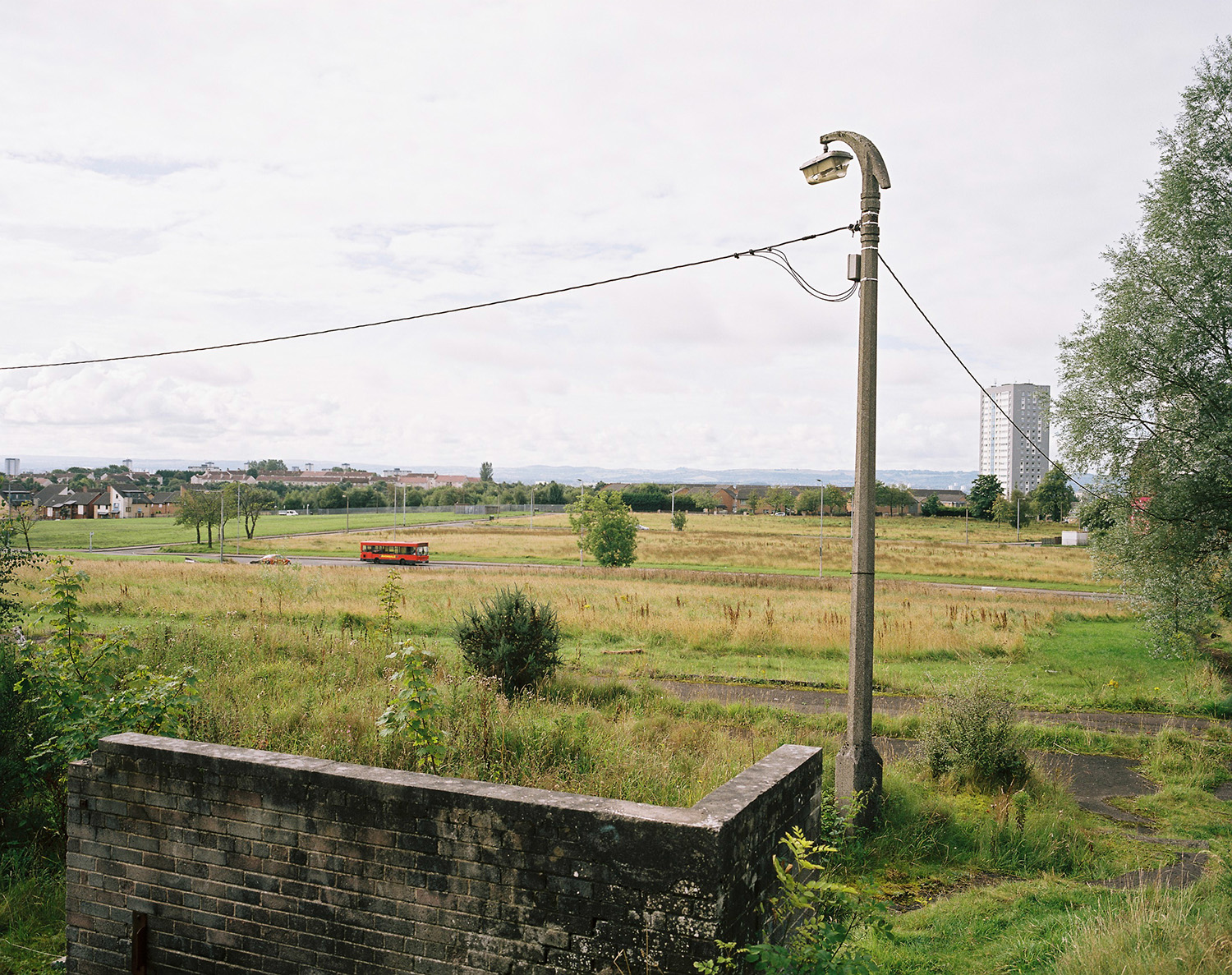 Kinfauns Drive, Drumchapel. The land where council housing once stood. Failed housing policy leaves its mark on the landscape and in the lives of the people who live here.

The Fish That Never Swan is available to purchase on Kirsty Mackay’s official website.

Linkedin
RELATED ARTICLES
OTHER ARTICLES
The government’s failure to take long Covid seriously has led to the formation of a group campaigning for the thousands of forgotten victims of the illness.
The revered showbiz chronicler recalls his journalistic beginnings, documenting subcultural scraps in the ’80s.
In the latest OFFF Dispatch, the enigmatic designer dives into his process, connecting the dots between his unique and varied creative output.
While protests over abortion rights rage in the US, access to abortion services is still almost nonexistent in parts of the UK.
New legislation is set to make it more difficult to hold Israel accountable for its human rights abuses.
Following the release of his newly republished 1991 book, Redheads, the American photographer reflects on his celebration of ginger people and their magnetic power.