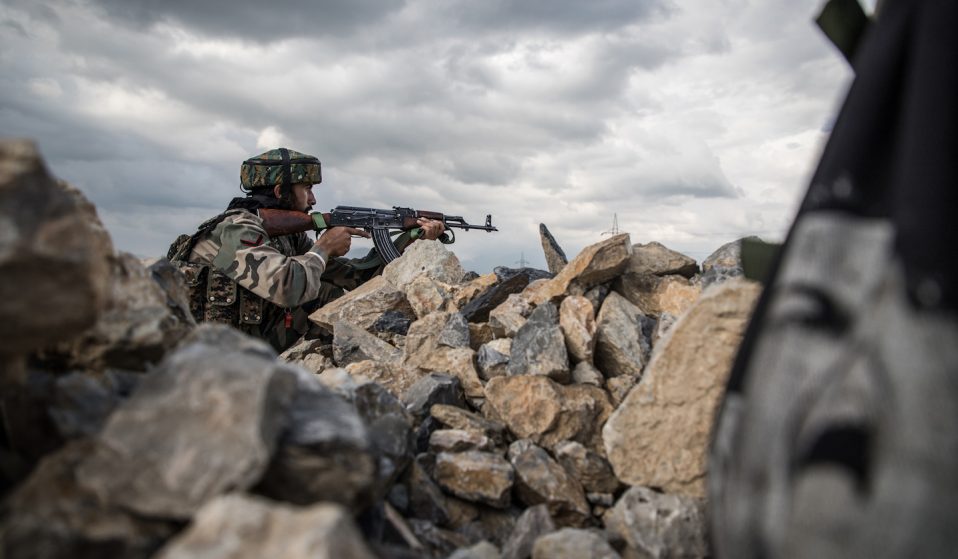 For the past 10 years, Syed Shahriyar has documented the Indian subcontinent‘s bloody conflict. Despite the dangers, he’s determined to document life there for future generations.

For the past 10 years, Syed Shahriyar has photographed gun battles across the Indian subcontinent and the funerals of militants and policemen. Despite the danger, he’s determined to document life there for future generations.

It was the funeral of 17-year-old Tufail Mattoo which ultimately made Syed Shahriyar decide to become a photographer. Mattoo was killed in clashes between government forces and protesters when walking home from tutoring in Srinagar, Kashmir, in 2010.

Tensions were high as mourners carried Mattoo’s coffin to what is known as the Martyr’s graveyard – the final resting place for over 1,000 people killed in confrontations with government forces. Crowds, concerned that photojournalists shared their pictures with the police, started to thrash the journalists present at the funeral.

“I somehow felt bad for those photographers. I felt that these were the real people telling our reality to the world,” says Shahriyar. “I also wanted to do something.”

Ever since he was a teenager scrapbooking newspaper coverage of the 2008 uprising in Kashmir, Shahriyar has documented the conflict around him. “I have a connection with my place, so I feel it’s a duty for me to document those things.” 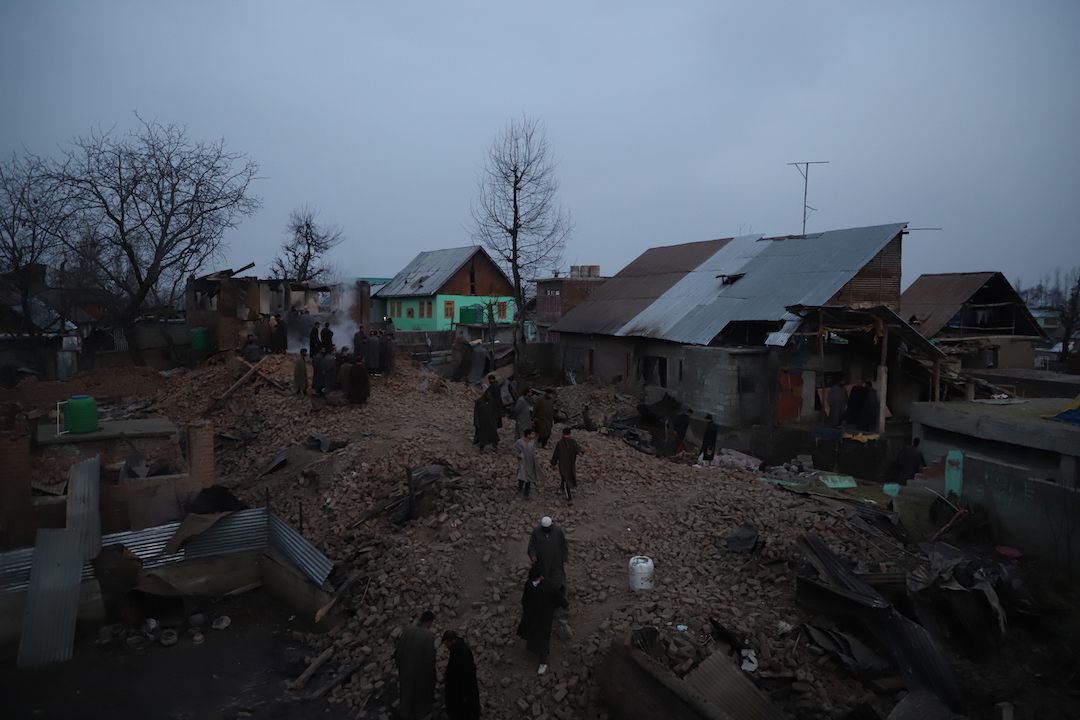 The 29-year-old grew up in Indian administered Kashmir, the country’s only Muslim majority state, which has seen continuous outbreaks of violence over the past 30 years as militants fight against Indian rule. The Himalayan region has been disputed by Pakistan and India, which share control of the territory, since the partition of India in 1947. A ceasefire in February has rendered guns along the Line of Control, which divides the region, silent.

But violence continues in Indian administered Kashmir. “It’s a different kind of monster,” says Shahriyar, who has captured gun battles across the region and the funerals of militants and policemen for the past 10 years.

“Photographers, wherever they are from, they definitely feel they have different challenges in their daily lives. But for a photographer working in a conflict zone, one of the kind we have in Kashmir, life is not the same as photographers based somewhere in India or somewhere else,” he says. 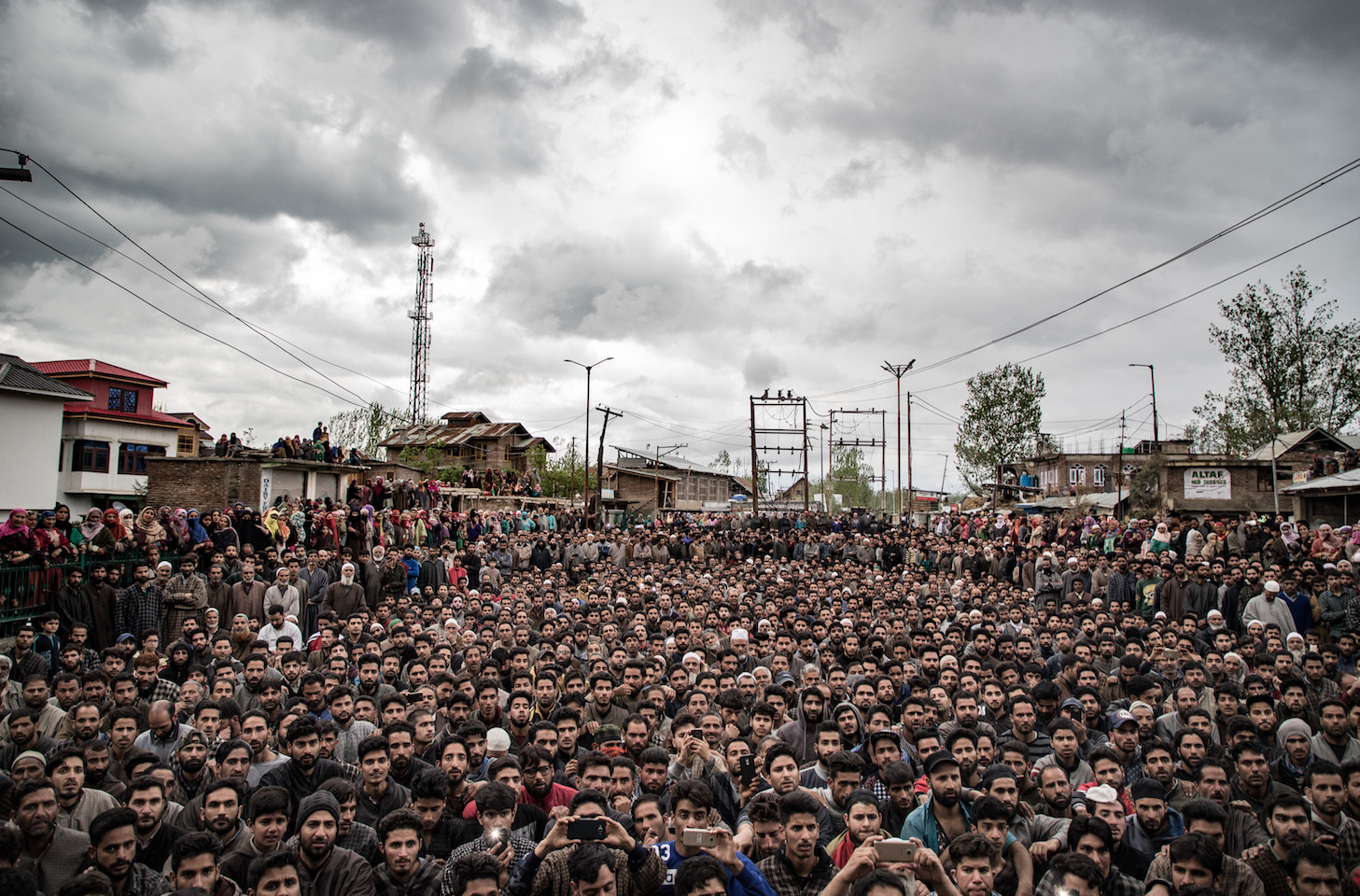 A photojournalist is also a witness to the reality of life in a conflict zone, Shahriyar says. “Each picture that I have taken in Kashmir is the documentation of the situation, and I’m being witness to that situation.”

Since April, his ability to play witness has been thwarted. The Indian police issued a directive prohibiting the media from covering matters of law and order on grounds that it interfered with national security. The measure prevents journalists from approaching the sites of gun battles by holding them back at security checkpoints. Since then, Shahriyar hasn’t covered a gun battle. 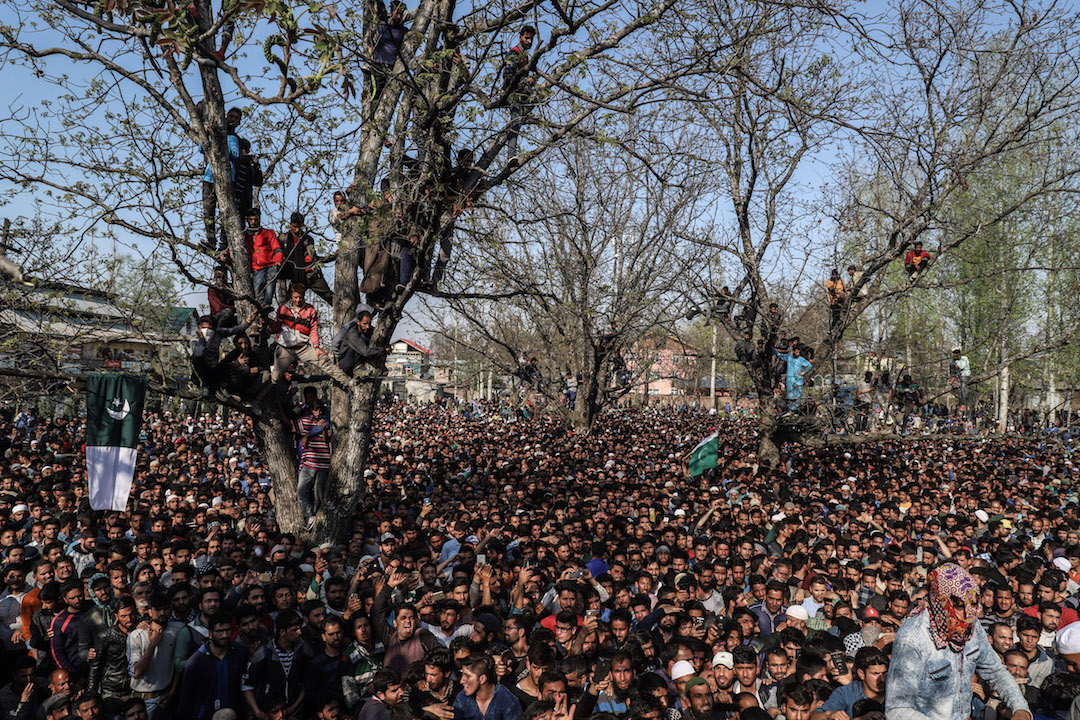 The police regularly intimidate journalists through other means, too, calling them into stations to question them about their stories. In the past, journalists have been met with suspicion from locals. “They used to consider us as agents and the government consider us as sympathisers of the people,” explains Shahriyar.

A notable example of the multiple and ever-changing challenges journalists face in Kashmir was the internet blackout in August 2019 following the abrogation of Article 370, which bestowed autonomous powers on Kashmir. “I haven’t ever witnessed a situation where we had no internet, we had no mobile phones. There was nothing at that time, we couldn’t even connect to our friends,” says Shahriyar. Photojournalists were forced to fly to Delhi with USB drives to upload their photographs or use the government-established Media Facilitation Centre with only five computers and little privacy.

But to Shahriyar, there is one challenge that is constant. “You live in a conflict and you work in a conflict. There’s conflict everywhere. You can’t escape. It’s not just that you take a picture and then you get relieved.” But Kashmir is his home and documenting life there is vital. “It’s something very precious. It’s something very important. It’s evidence for the future people.” 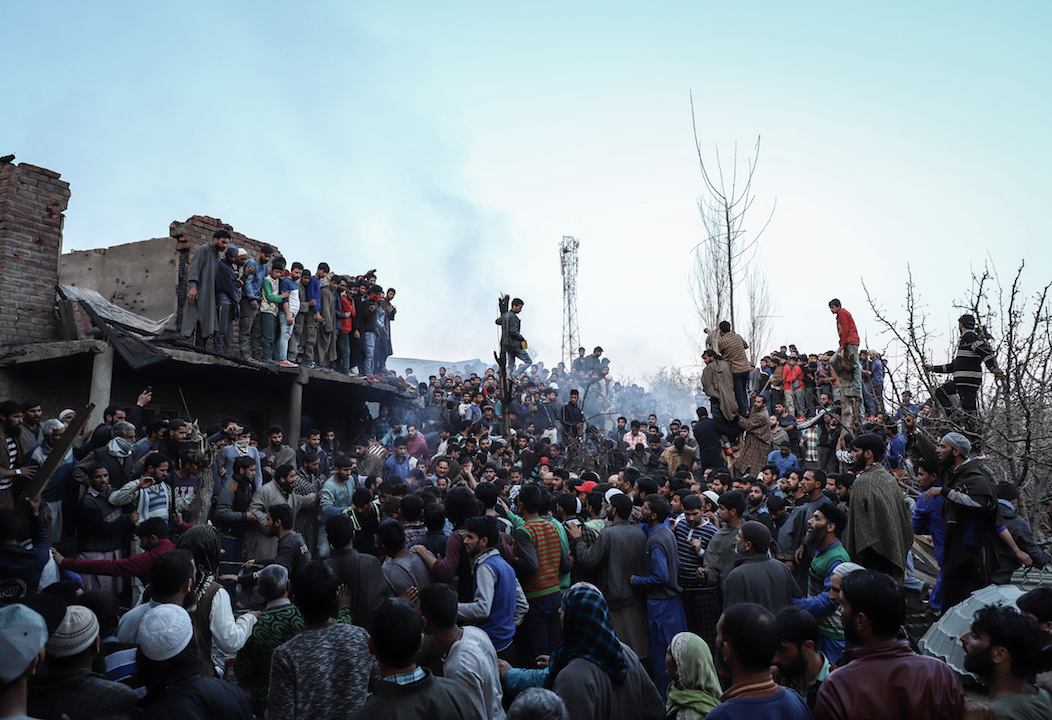 Linkedin
RELATED ARTICLES
OTHER ARTICLES
The two-day long event returned to London this year, showcasing a spectacular parade, steel bands and Caribbean food.
In his 2008 series, the photographer pictured himself as Angela Davis, Martin Luther King Jr., Malcolm X, and other prominent figures.
A 37-year-old woman shares how her abortion led her to become a clinic worker, and the abuse she’s received in that role.
A group of young Palestinians have found temporary freedom in the act of parkour, reimagining wreckage and ruins as a series of high-octane playgrounds.
Ahead of the release of their first collaborative album, the producer and rapper talk psychedelics and the state of UK hip hop.
A new project is documenting formerly incarcerated people as they transition back into civilian life.