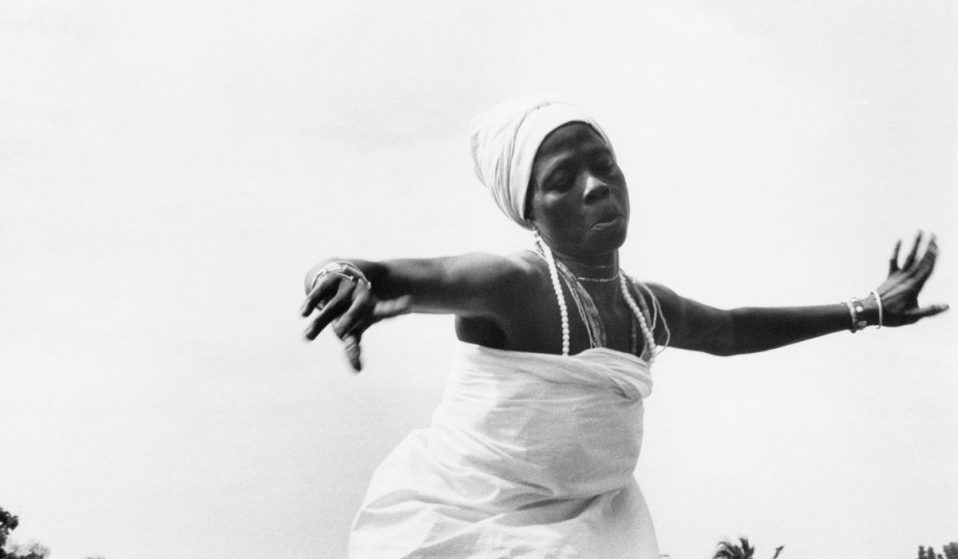 A new exhibition celebrates the photographer‘s early work, and shows his unwavering commitment to capturing the complexities of Black life across America.

A new exhibition celebrates the photographer‘s early work, and shows his unwavering commitment to capturing the complexities of Black life across America.

While working at The Campus Digest, the Tuskegee Institute student newspaper, in the late 1960s, Chester Higgins visited the studio of photographer P.H. Polk and was struck by his powerful portraits of Black Americans made in the 1930s.

“The countenance of the people in Polk’s pictures made me pause,” says Huggins, who hails from the small farming community of New Brockton, Alabama and recognized the archetypes immortalized in these works.  “These pictures existed because Polk understood and appreciated the dignity and character of people.”

Knowing he couldn’t afford to commission Polk to do the same for the people of New Brockton, Higgins seized upon an idea and asked if he might borrow Polk’s camera to learn how to make photographs. “He studied me, then finally said, ‘If you’re fool enough to ask me that request, I’m going to be fool enough to help you.’” 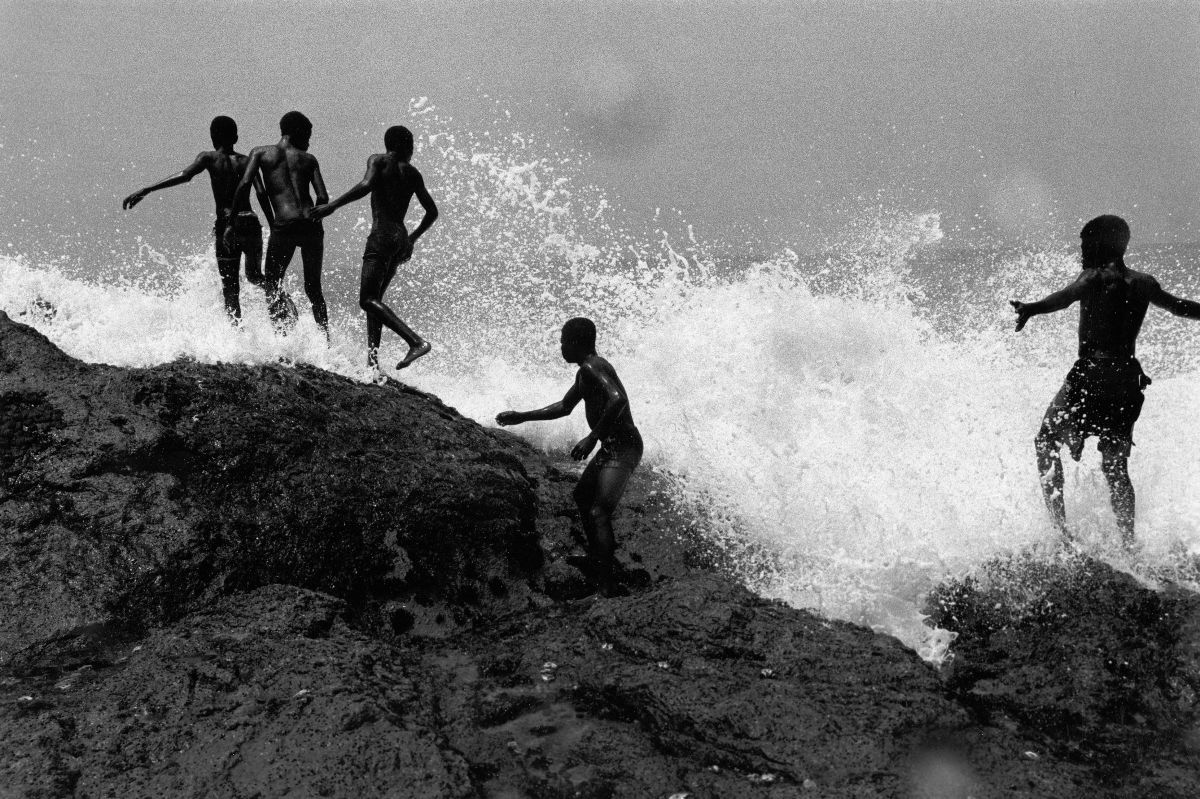 Although Higgins only borrowed Polk’s camera just once — and most of the images did not come out — he was hooked and began engaging Polk in a regular conversation about photography. “Polk demystified the process,” Higgins says. “Yes it’s about technique but he taught me it’s also about relationships and having a keen sense of awareness of people.”

Perhaps the greatest lesson Polk imparted upon Higgins was the understanding that the camera was merely a device. “Only your eye can make a picture,” Polk told the budding artist.

“It was a very valuable lesson,” Higgins says. “To this day I’m not a person into camera craft. It’s one thing to have a camera in your hand; it’s something else to see, and to see photographically.” 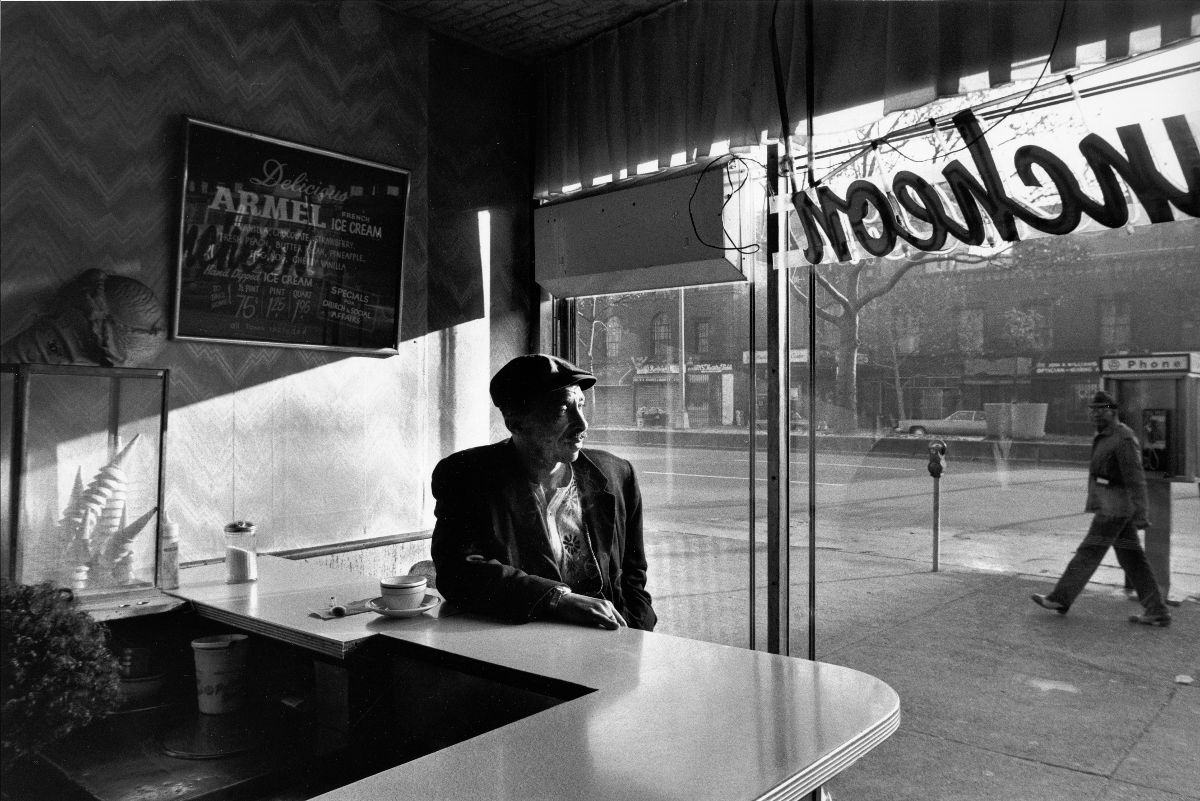 In the new exhibition, The Indelible Spirit, curator Carrie Springer brings together a broad selection of works that reveal the multitude of ways Higgins uses photography in the search for what he calls “the signature of the spirit”.

For Higgins, art is the expression of soul, preserving the infinite in a single image that is at once simple and intricate. “Hidden in that simplicity is a complex construction,” he says. “The more of your experience you bring to something the more you are going to get out of it.”

Growing up around elders, Higgins learned to listen and observe, understanding human psychology followed predictable patterns. “I could have adverse feelings to things happening around me without having judgment,” he says, a skill that served him well as a documentary photographer.

After documenting the Civil Rights Movement in 1968, Higgins recognised that the mainstream media presented a false and injurious image of Black America. Realising he could be a visual advocate for the cause, Higgins moved to New York City after graduating in 1970 and became a staff photographer at The New York Times in 1975.

Over the next five decades, Higgins continued in the tradition of P.H. Polk, using the camera to document the decency, dignity, and virtuous character of Black life around the world. Higgins observes, “It’s those three things that enemies of our people can never see.” 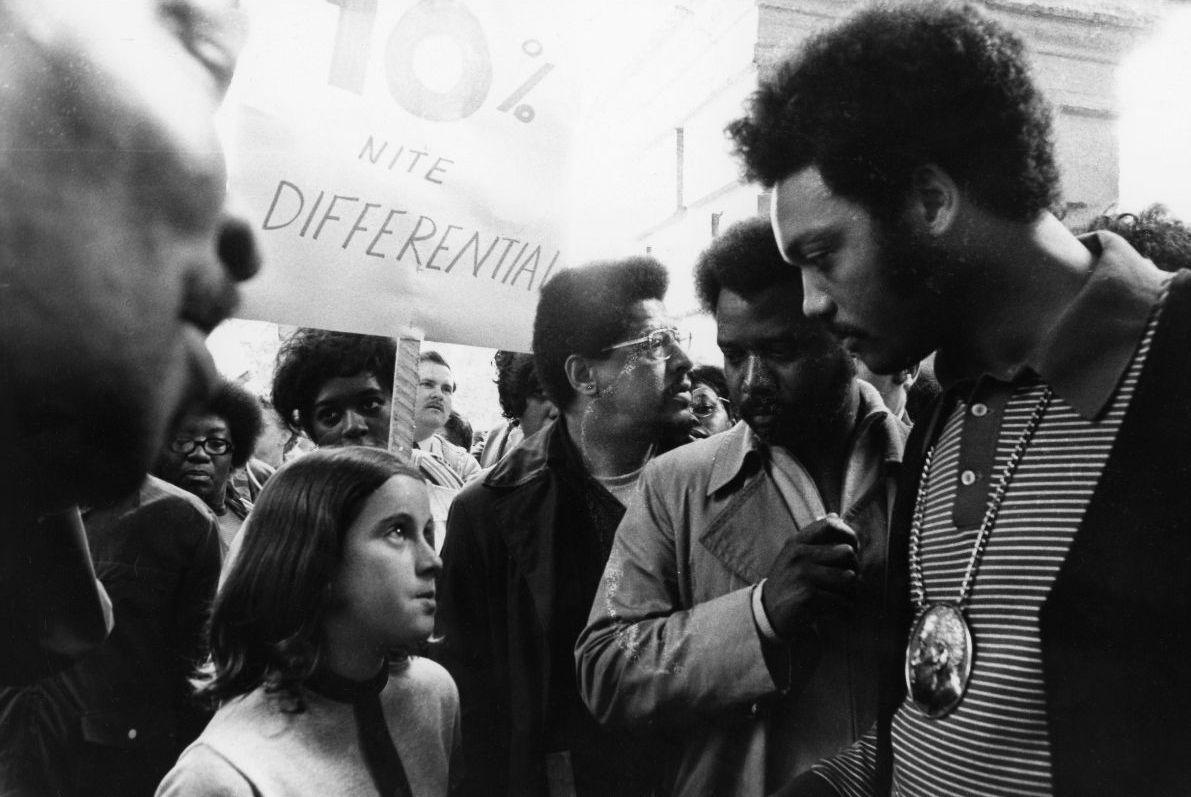 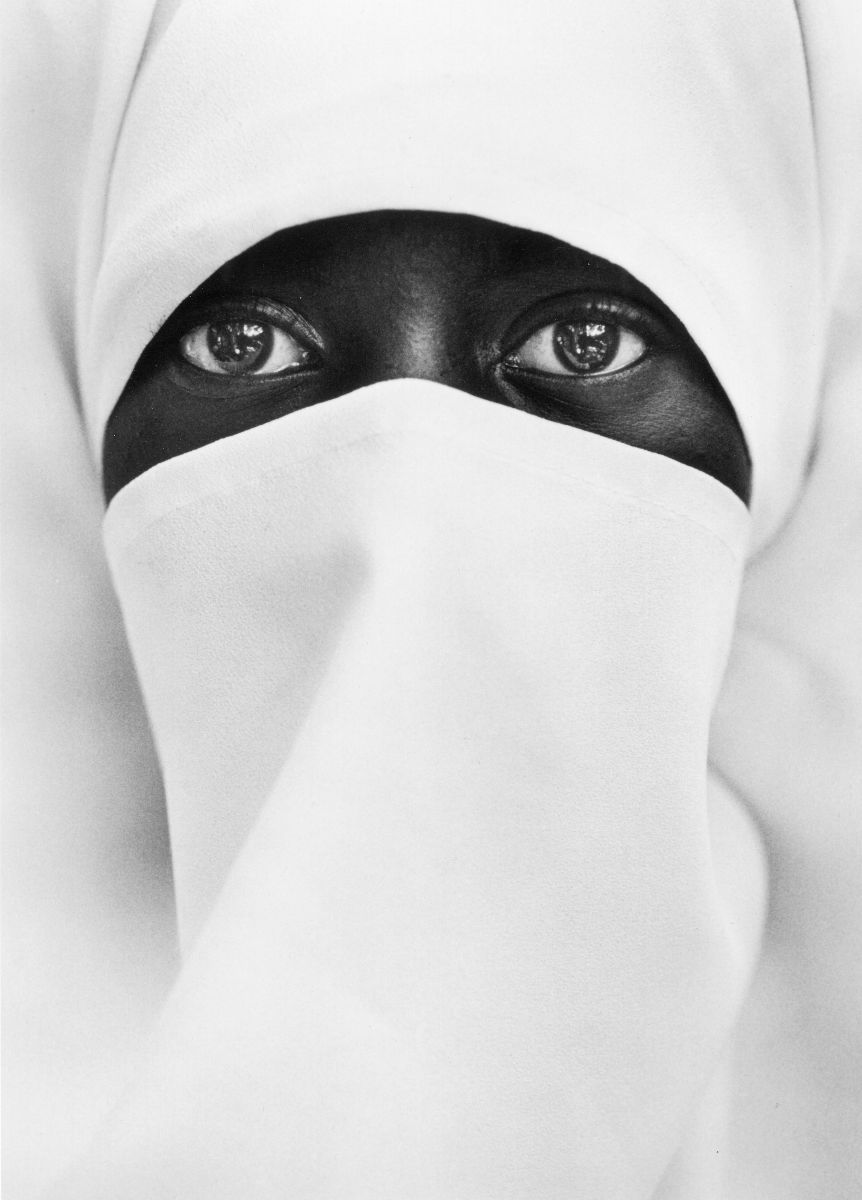 A Young Muslim Woman in Brooklyn, 1990 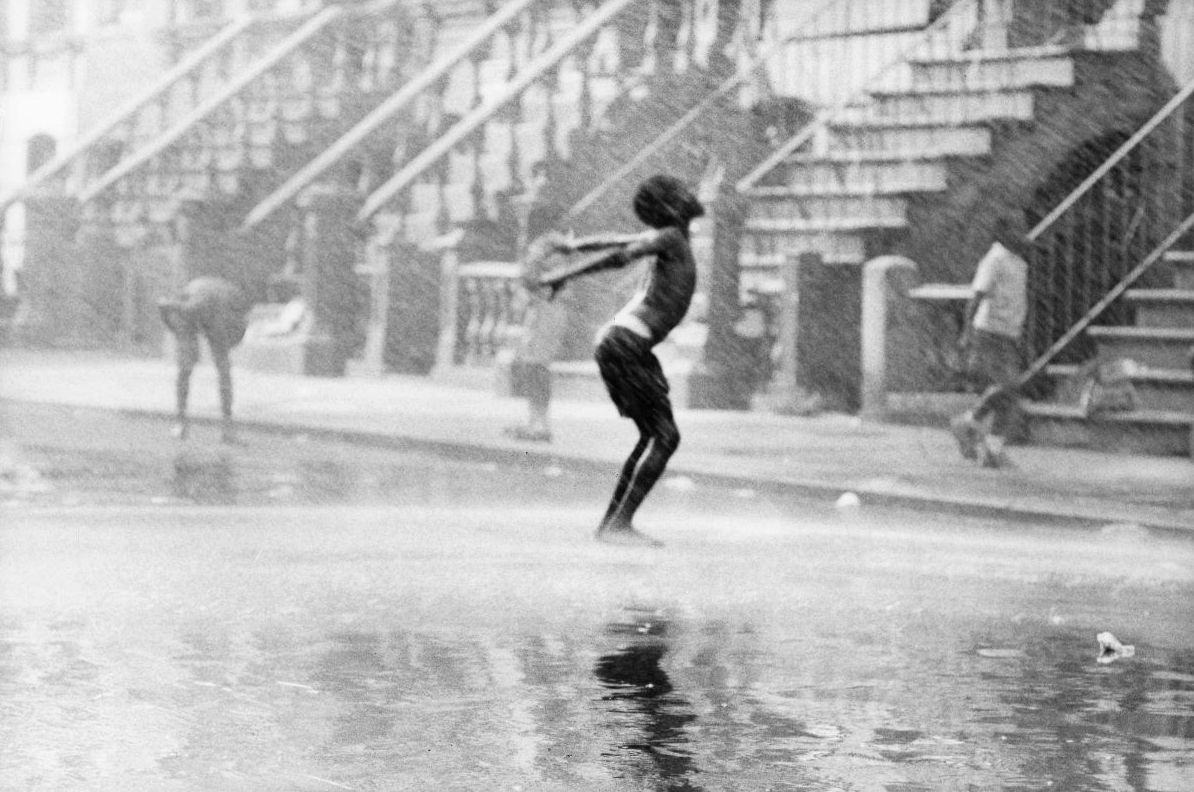 Chester Higgins: The Indelible Spirit is on view at Bruce Silverstein Gallery in New York through June 26, 2021.

Linkedin
RELATED ARTICLES
OTHER ARTICLES
After a two-year hiatus and a new album, the Nigerian artist is riding high. Now, he wants to bring his alternative, genre-bending sound to the world.
A new film from Berghaus traces the story of Adam Raja, who left behind a turbulent upbringing to discover the healing power of climbing.
The first-generation graffiti artist reflects on the tagging’s emergence as an art form and the players who pushed the medium forward.
David 'Dee' Delgado’s photo project is about honouring and uplifting the city of his youth, and a world rapidly disappearing under the relentless onslaught of gentrification.
Mass crustacean die-offs in the North East have led a community of fishermen to take action to save their seas.
After fleeing the war in Ukraine, people are finding it impossible to secure affordable and decent housing in the UK.