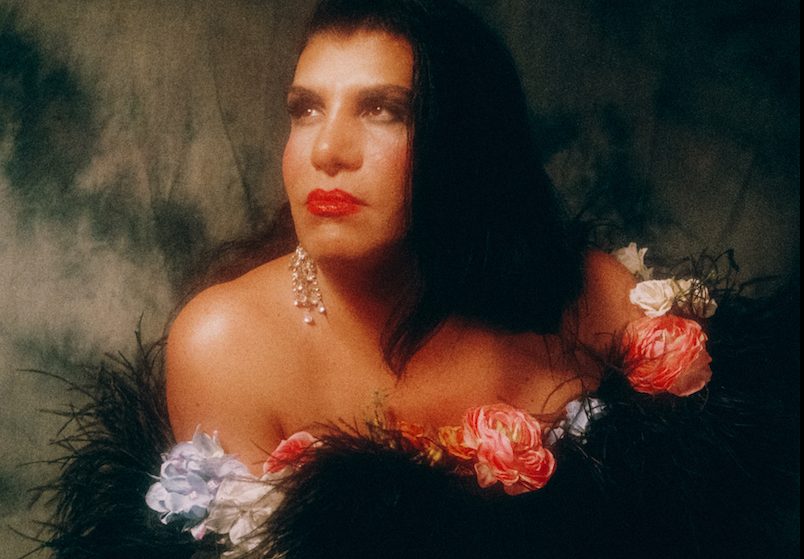 Mohamad Abdouni discusses his new book documenting the untold stories of 11 trans women living in Beirut, which rewrites the queer history of a war-torn city.

Combining studio shoots, interviews and archival imagery, a new book documents the untold stories of 11 trans women living in Beirut and rewrites the queer history of a war-torn city.

One night three years ago, Mohamad Abdouni received a call from his best friend sobbing. He’d just attended a storytelling evening in their hometown of Beirut, when a trans woman in her mid-50s took to the stage and began telling tales from her youth. “He was bawling his eyes out over the phone, saying how it’s not okay that we don’t know the history of our own queer community in Lebanon,” Abdouni explains.

As the founder of Cold Cuts, a magazine documenting queer histories from across South-West Asia and North Africa, Abdouni, a photographer, filmmaker and visual artist, has spent half a decade capturing the lives of LGBTQ+ people in areas where discrimination is high and records of queerness, non-existent. His latest project, Treat Me Like Your Mother, builds on this already extensive body of work by documenting the previously untold stories of 11 trans women living in Beirut. 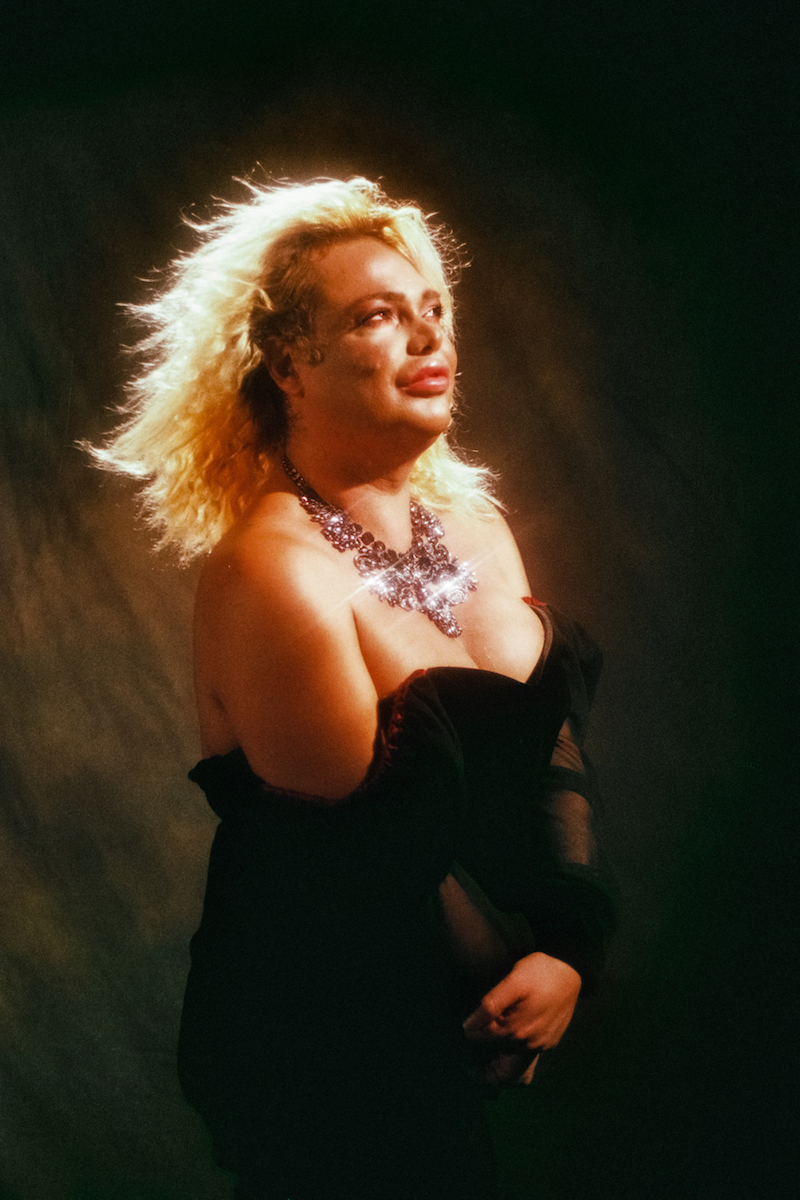 The 31-year-old was raised in Beirut before moving to Istanbul in 2019. Throughout this time, he’s shot for several brands, such as Burberry, Gucci, and Fendi, but it’s his images of queer bodies – exhibited at the likes of Foam Amsterdam and the Brooklyn Museum in New York – that feel the most poignant. “Of course, people have social media now, but (this book) hits differently,” he continues. “This is a research project about histories that existed at a time where this easiness to represent oneself and to share one’s life was not available.”

In Treat Me Like Your Mother, Abdouni takes inspiration from the analogue glamour of old Lebanese photo studios to bring his subjects to life. “When we were kids, we’d go to the studio with our parents to get our portraits taken,” he explains. “They would always be taken in front of these beautiful, extremely tacky backdrops, with props that were just insane.” Each woman was given a day to have her photograph taken, during which they were “in complete control of everything”. “It was like, ‘What do you feel like wearing? What have you always wanted to look like?’ We wanted to pamper them.”

The photographs are highly-stylised, taken against marbled backdrops with saturated colours and dream-hued lighting that recalls a bygone era. In placing his subjects in these vintage settings, he writes the women back into a history that’s long excluded them. “We have a history of Beirut that we get taught but it’s just so rigged of any queer or trans influence,” he explains. “Speaking to these women taught us how much the trans community was influential in the social tapestry of the city.” 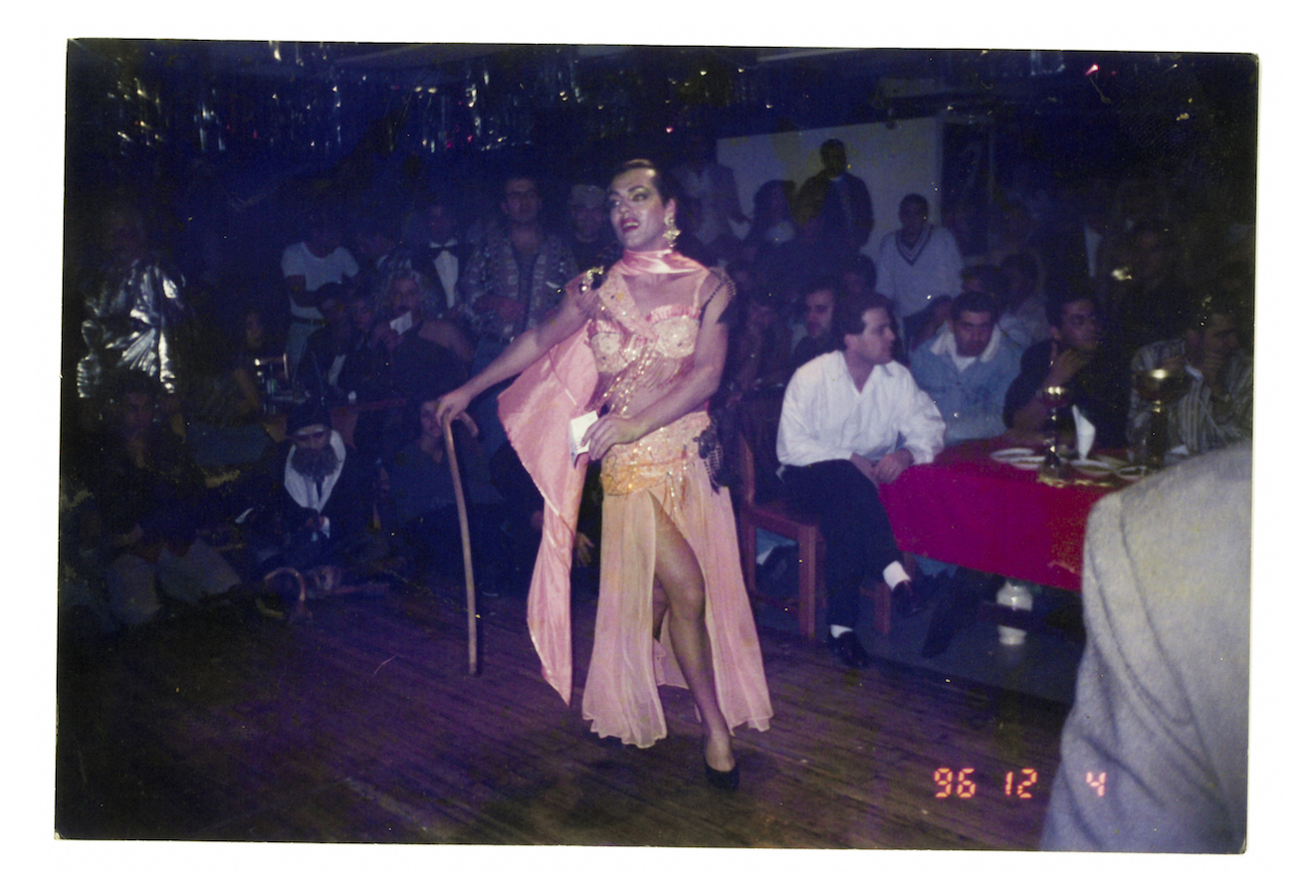 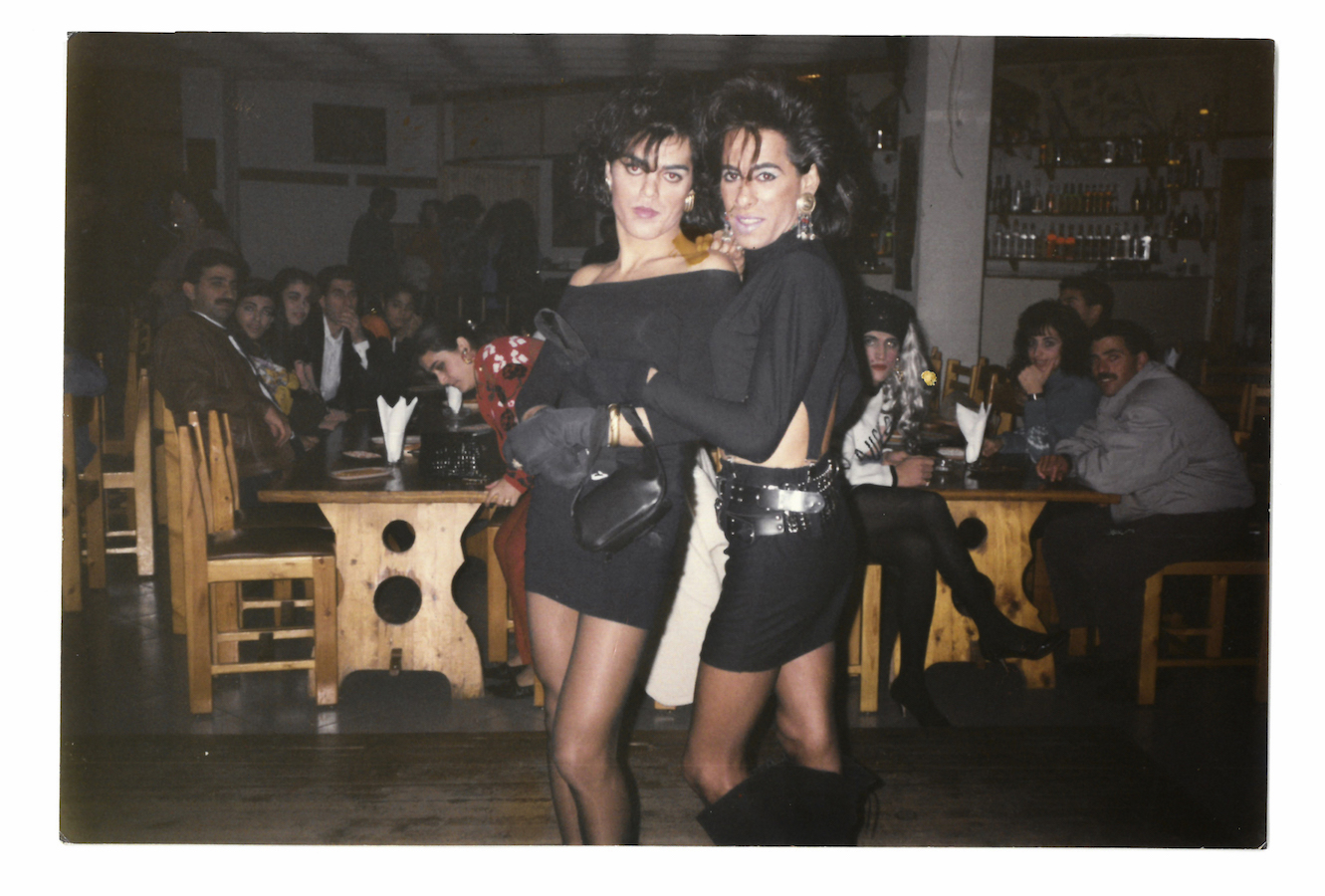 The stories aren’t always joyful, but they offer a detailed insight into the realities of being trans in Beirut in the ’80s and ’90s. Dolly, one of the women featured in the book, describes being arrested for arson after her brother burned her house down in a transphobic attack, while Dana details her journey to becoming a sex worker, and the stigma surrounding it.

There are moments of joy and laughter too. Archive images from those decades reveal a hidden side to the then-war torn city. Among them are photographs of drag balls; a trans woman in a traditional belly dancing or bedlah costume performing in a crowded basement; packed-out bars heaving with people and cigarette smoke; a pair of friends posing in matching black outfits and coiffed hair.

“We had no idea that balls existed throughout the ’80s and ’90s in Lebanon,” says Abdouni. “Obviously we knew they were happening in Harlem, but we were always under the impression that it was something that we’d appropriated later on. But the fact that we have our own history of ball culture, different to the one in the States, is mind-blowing.”

Currently, Abdouni is working on making the book available in Arabic, as well as English. By putting queer experiences in his native tongue, he hopes to expand the language surrounding queerness in Lebanon. “We need to be aware of our own history,” he says, “and write down these women’s histories before they’re no longer here to share them with us, for ourselves and for future generations.” 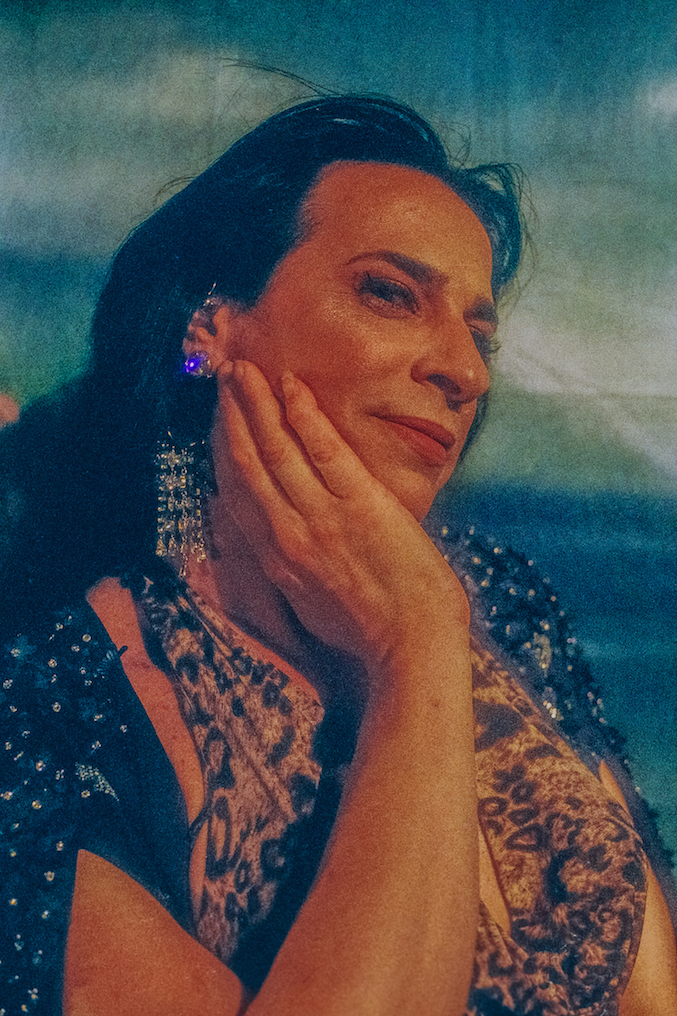 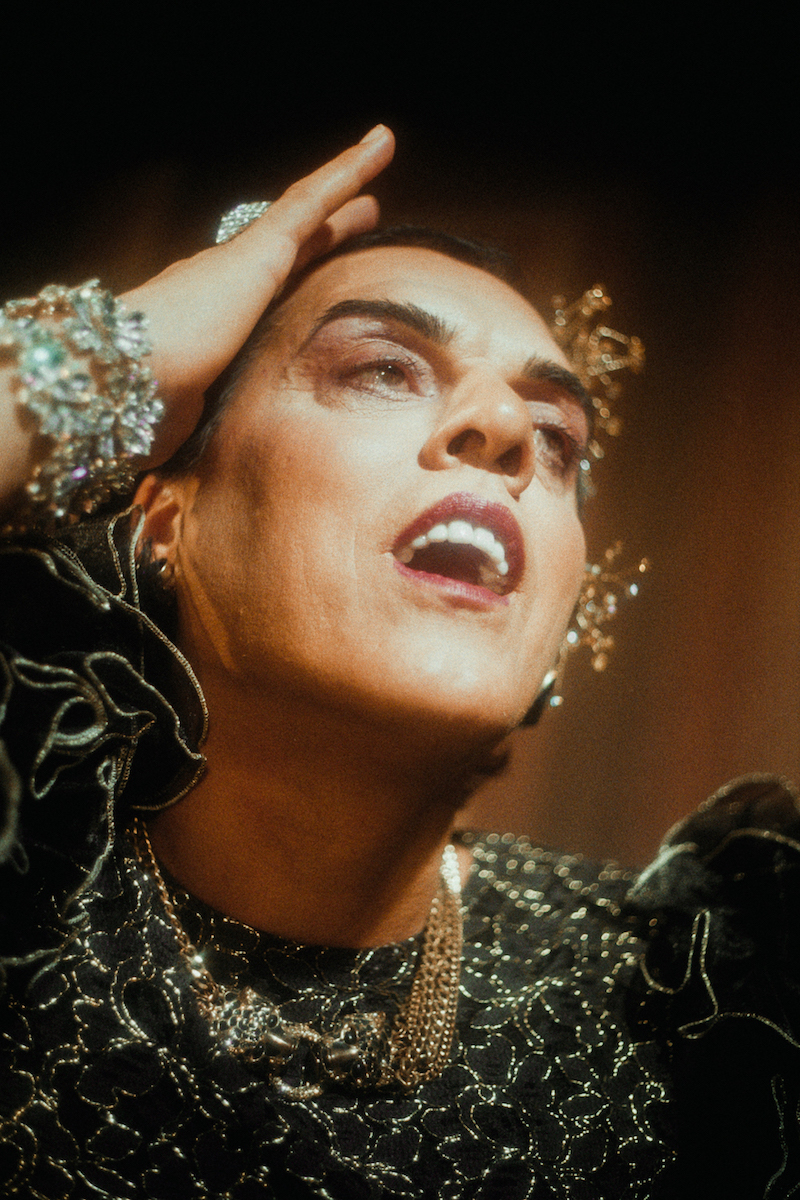 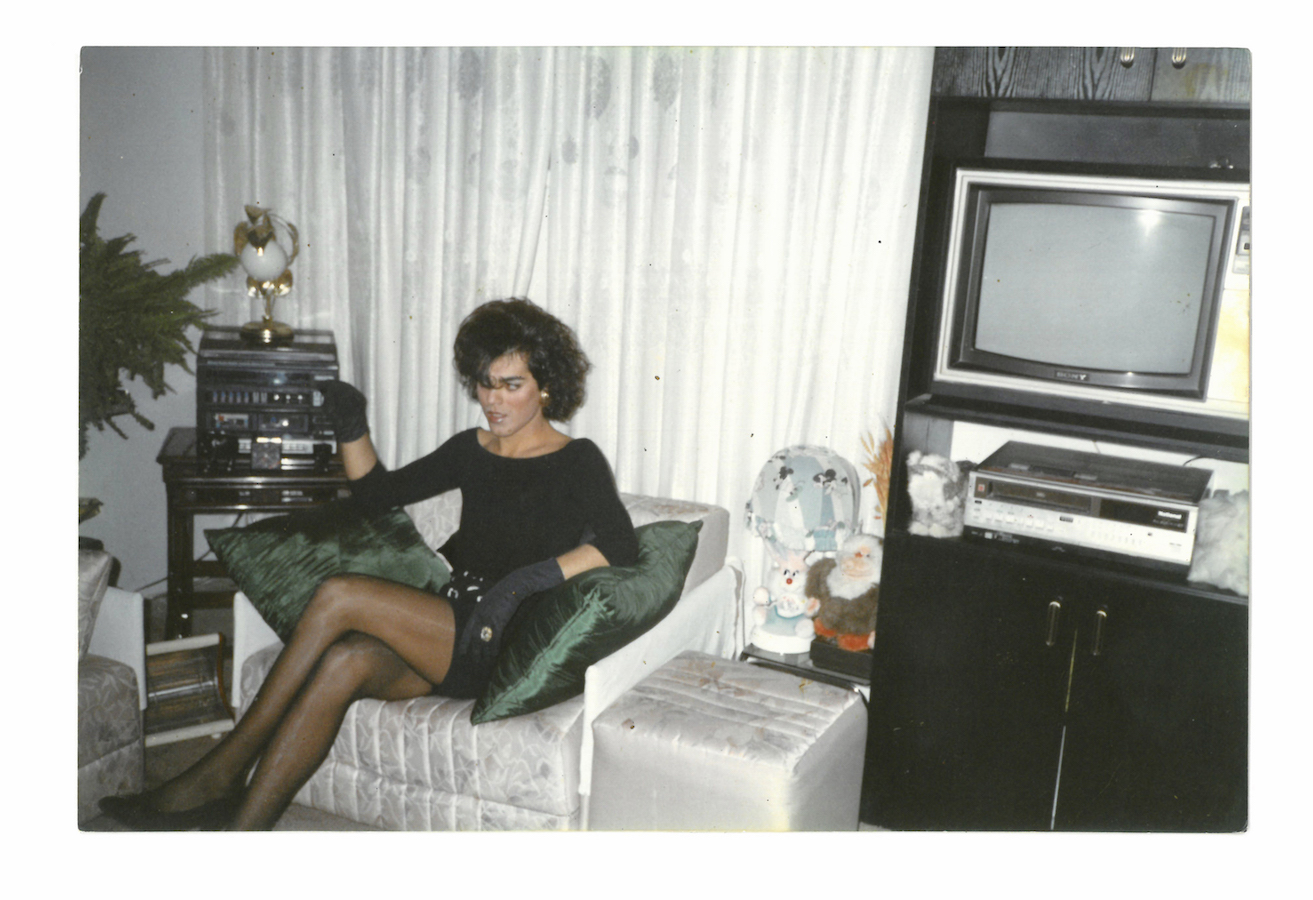 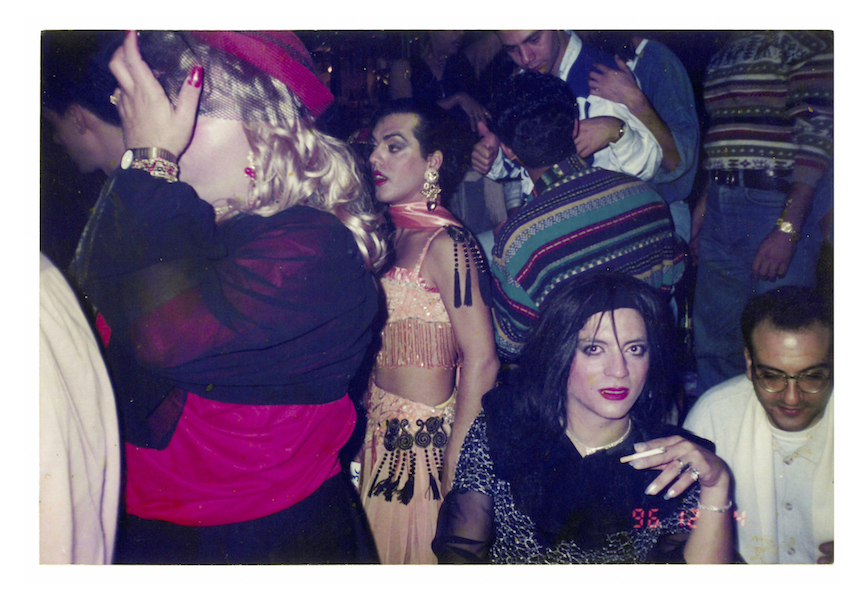 Linkedin
RELATED ARTICLES
OTHER ARTICLES
The two-day long event returned to London this year, showcasing a spectacular parade, steel bands and Caribbean food.
Financial turmoil is pushing people who work in the sex industry into more dangerous and desperate situations as a means of survival.
Yesterday thousands gathered outside Buckingham Palace after news of the Queen’s death broke.
Photographer David Corio’s archive offers a glimpse inside a revolutionary era of music and nightlife.
By turning a real-life crisis into daytime television fodder, TV bosses have once again shown themselves to be completely out of touch with audiences.
A 37-year-old woman shares how her abortion led her to become a clinic worker, and the abuse she’s received in that role.