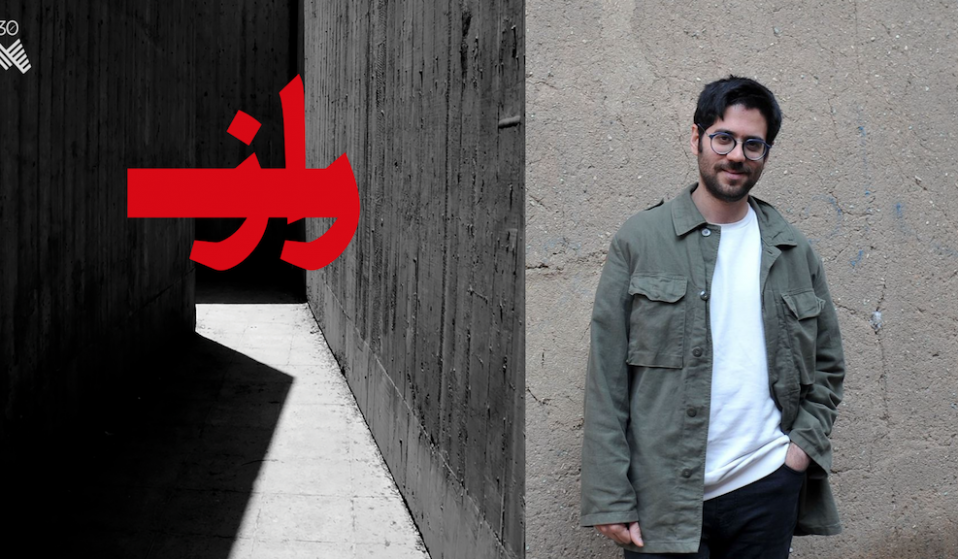 Hampered by US sanctions and the pandemic, it has become near impossible for Iran’s artists to introduce their music to international audiences. But 30M, a new record label in Germany, is determined to change that.

Hampered by US sanctions and the pandemic, it has become near impossible for Iran’s artists to introduce their music to international audiences. But 30M, a new record label in Germany, is determined to change that.

In The Conference of the Birds, a 12th-century poem written by the renowned Persian mystic Fariduddin Attar, a flock of 30 birds set off to find the legendary bird king Simorgh. At the end of their long and arduous journey, the birds reach the destination, only to find the king does not exist – but that they themselves have become kings in the process.

For Matthias Koch, the founder of Hamburg label 30M Records – thirty is pronounced ‘si’ in Farsi, while ‘morgh’ means bird – the story offered an enchanting allegory for his project. When Koch first flew to Iran in 2016, a landmark nuclear deal signed between Tehran and world powers had just been implemented, lifting multilateral sanctions on Iran and promising to open it up to the world. Various international artists began performing in Tehran, including modern classical composers Ludovico Einaudi and Ólafur Arnalds.

Then in May 2018, Donald Trump unilaterally withdrew from the nuclear deal and, instead, began pushing through waves of vituperative sanctions on Iran, as well as his notorious travel ban on Muslim-majority countries. Shortly after the announcement, a series of highly-anticipated performances by Grammy-winning Japanese artist Kitaro was cancelled, reportedly due to concerns that the American members of his band would face difficulties acquiring future travel visas if they visited the country. More cancellations followed. The international cultural renaissance appeared to be over – or at the very least, on hold.

With ongoing sanctions prohibiting Iranian musicians from releasing their music worldwide, Koch founded 30M Records in January 2020 in order to publish some of the most exciting new electronic and experimental music coming out of the country. To Koch, it was about more than just a philanthropic gesture. “It’s not a charity thing. I don’t do it because I feel pity for the musicians,” he says. “I really think it’s great music which comes from the country – and as a secondary matter, I can help these people, because they’re limited in what they can and can’t do at the moment.”

Koch describes an Iranian music culture that still carries Western influences – a country where, like most, “everybody knows Radiohead or Nick Cave”. But what fascinated him more upon travelling there was the vibrant arts scene in Tehran, a place where modern electronic music and traditional Iranian scenes had been fusing for some time. “There’s music for festivities, music for healing, music for different purposes,” he says. “And then there’s the upper-class Iranian classical music, which is comparable to the Western classical music, in that it’s a matter of education and privilege.”

Koch found himself regularly returning to Tehran in the years following his first visit in 2016, attending concerts, learning about ancient instruments now being channelled through trip-hop beats via Ableton. In late 2019, he was introduced to local musicians Hooshyar Khayam and Bamdad Afshar. “We talked about projects and then one day, I met the two guys [Khayam and Afshar], and they said, ‘We have this project here, we just started it, it sounds like what you’re looking for,’” he recalls. “And then they played me tracks from this album they’d been working on, RAAZ.”

Hooshyar Khayam was born in Bedford, England in 1978, and went on to acquire a bachelor’s degree in Iranian music from Iran Arts University in 1999. Since then, he’s developed a reputation as one of the world’s finest conductors and composers of traditional Persian music. In 2019, he stumbled across another Iranian composer who would soon become a key collaborator, entirely by chance, during a trip to the cinema.

Khayam turned up late for the film, sat down, and began idly scribbling in his notebook. Then something caught his attention. “I closed my notebook, started to watch the movie, and really listened carefully to every minute of the music,” he recalls. “When I came out of the movie, I called a friend of mine and asked him, ‘Who is Bamdad Afshar?’ I’d just seen his name on the credits, and I didn’t know him.”

Khayam soon learned that the musician whose work had enthralled him so deeply in the cinema was more than just a film-score composer. Born in Tehran, Afshar has been producing electronic and experimental music since 2012, both solo and with his band, Otagh. The pair struck up a friendship and, in 2018, began working on what would become the first album released on 30M Records: RAAZ (“secret” in Farsi).

The collaboration was an exploration of the music of Sistan and Baluchestan – a large province located in southeastern Iran, bordering Pakistan and Afghanistan. The region holds a unique place in Iranian history, its geographical location placing it in the centre of a thousand years of trades and journeys between cultures. It was also one of the key trade routes of the Silk Road, and as such formed a “constant battlefield,” as Khayam describes it, between the government and opium and heroin traders.

The traditional Baluchi music that arose from that region was borne out of catharsis, Khayam says, rather than escapism. “This is a music which is meant for a spiritual journey, for healing, for therapy. It’s used for a sort of elevation of soul,” he explains. “I wanted to get something from music which is not staying on the surface of entertainment, and bring that to a modern audience.”

Like all arts, culture, and language, it is also a flame that requires passing between generations to stay alive. “Most [Baluchi music] is already gone,” Khayam admits. “But the parts which remain until now is, it is a gem. It is a total treasure. The beauty of this music itself is something quite stark and grabbing.”

Koch’s goal with 30M Records is not only to export these traditions to the West, then, but also to remind younger generations closer to home of the riches that lie beneath their feet. Afshar feels the same way. “The people who tend to forget their [musical and cultural] heritage and their own sources of inspiration,” he tells me. “They have it right there. They just have to be brave and go for it.”

The ongoing political and economic situation in Iran means that the label still faces numerous hurdles. Beyond the romantic digressions on culture and tradition, there’s the urgent matter of finding a way to pay the artists. Some companies in Iran are blacklisted; various Apple products are banned, including money transfer apps.

“You can take cash into the country, and for the moment at least, laws of Germany allow you to take a certain amount out of the country too,” Koch explains. While still based in Hamburg now, he plans to travel back to Tehran from Hamburg when it’s safe to do so, in order to pay the artists for the revenue generated from albums like RAAZ – something that may continue to be a necessity while sanctions remain in place.

For now, at least, Koch has the relative luxury of economic freedoms afforded by setting up business in Germany. “I publish it on my company, so then it’s something legal, something I can do,” he says.

Travel remains another problem. “Since my first trip to Iran, for example, I can’t apply for an online visa to travel to the US anymore, because I visited one of the ‘axis of evil’ countries,” Koch tells me. “I need to have a special appointment at the embassy in Berlin, pay something like €100 and they do an interview. But I can’t apply via the normal ESTA [Electronic System for Travel Authorization] anymore.”

Nonetheless, 30M Records are already planning their next releases on the label. June 2021 will see the release of a new 10-track compilation, This Is Tehran? (named, Koch says, because “It might come as a surprise for some people: ‘Woah, this is Tehran, really?’”), showcasing the city’s melting pot of genres and scenes. The new album from Saba Alizadeh, one of the world’s finest players of the kamancheh – a traditional Iranian instrument, also known as a spiked fiddle, that is beginning to find new popularity in the country – will follow in July.

For Koch, disrupting Iranian stereotypes is only one part of the mission. The spread of beautiful music from the country, he says, remains his motivation. “It’s so different to what some people expect – you know, flag-burning terrorists living under poor conditions. When you look closer, Iran is a really creative, culturally rich country and people.”

Besides, Iranian artists don’t want to be known first and foremost as victims of US foreign policy, a situation that looks no closer to resolution after Joe Biden announced he had no immediate plans to lift sanctions on the country last month. “They want to be taken seriously. They want to be taken as normal artists, in the way that the UK or German musician would, and not have too much political weight on their shoulders,” Koch says.

“I already had one Iranian artist who said to me, ‘It’s great that we have that much press, but it’s about the sanctions, and it’s about Trump. I’m a musician – I want to talk about my music.’”

It’s not an ideal situation. While Koch plans to continue working with Iranian artists, and the musicians seem thrilled to be working with him, they all remain hopeful that the sanctions can be lifted so that such circumventions are no longer necessary. Nonetheless, in terms of wider exposure, it’s working: RAAZ was released in November 2020 to glowing reviews from UK publications like The Line of Best Fit and Loud and Quiet. For now, 30M Records looks like a success story.

But the journey is long. Is there an end game to this project, a glory beyond royalties for the flock of birds who return home, exhausted but ascendant, as kings of their own making? Hooshyar Khayam doesn’t need much time to mull the question over. “How about starting with a Grammy?”

Linkedin
OTHER ARTICLES
Theo McInnes’s photos of the annual event provide an intriguing snapshot of contemporary Britain.
A new film from Berghaus traces the story of Adam Raja, who left behind a turbulent upbringing to discover the healing power of climbing.
Filmmaker Laura Poitras discusses her new documentary which traces the remarkable life of the artist-activist and the impact of her battle against the US opioid crisis.
After blocking the Scottish government’s gender recognition reform bill, Westminster is now devising further changes to the law to make it harder for trans people to self-identify.
A new law change is enabling Britain’s donor-conceived children to know the truth about their origins – but campaigners say the fertility industry must do more to protect people.
Since 2007, Gideon Mendel has made 20 trips to document floods in 13 countries. The result is an alarming record of what has already been lost to the climate emergency.