Art & Culture / The rise and fall of Coney Island – in photos 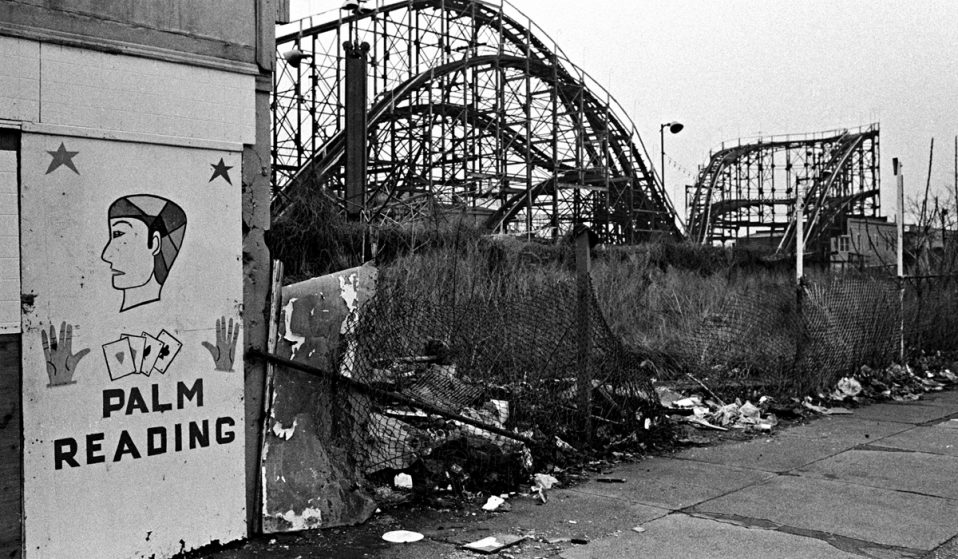 Photographer Larry Racioppo reflects on capturing the bustling boardwalk empire as it fell into decline, and its slow reemergence.

Photographer Larry Racioppo reflects on capturing the bustling boardwalk empire as it fell into decline, and its subsequent slow reemergence.

With its beach, boardwalk, and amusement park, Coney Island has long been the perfect escape from the stress of everyday life. South Brooklyn native Larry Racioppo and his extended family revelled in the pleasures of ‘America’s Playground’ during his youth.

In the late 1960s, Racioppo enrolled in VISTA (Volunteers in Service to America) and traveled to rural California, where he served two and a half years. He returned home in November 1970, with the dream of becoming a photographer.

In early 1971, Racioppo and a friend drove out to Coney Island to revisit his childhood stomping grounds — only to discover ‘Electric Eden’ – as it was often known – was on the brink of collapse. The once bustling boardwalk empire had become a ghost town. Abandoned buildings, burned out lots, neglect, disrepair, and white supremacist graffiti had brought seaside paradise to a standstill.

“Seeing the physical decline in my neighbourhood and the city in general saddened me,” says Racioppo. “When I went to Coney Island I was struck by its emptiness. I saw that some attractions like the Tilyou Theater were closed not for the winter but for good.”

Racioppo began making photographs of the devastated terrain, not realising at the time that this would be the start of a 50-year long photography project. These photos are now collected in the new book Coney Island Baby (South Brooklyn Boy Publishing).

“It took a while for me to realise how incredibly interesting and beautiful, even in decline, Coney Island was,” he says. “I loved walking along Bowery Street, the old amusement area with its ring toss and dart throwing booths and ‘dark rides; like the Dragon’s Cave.” 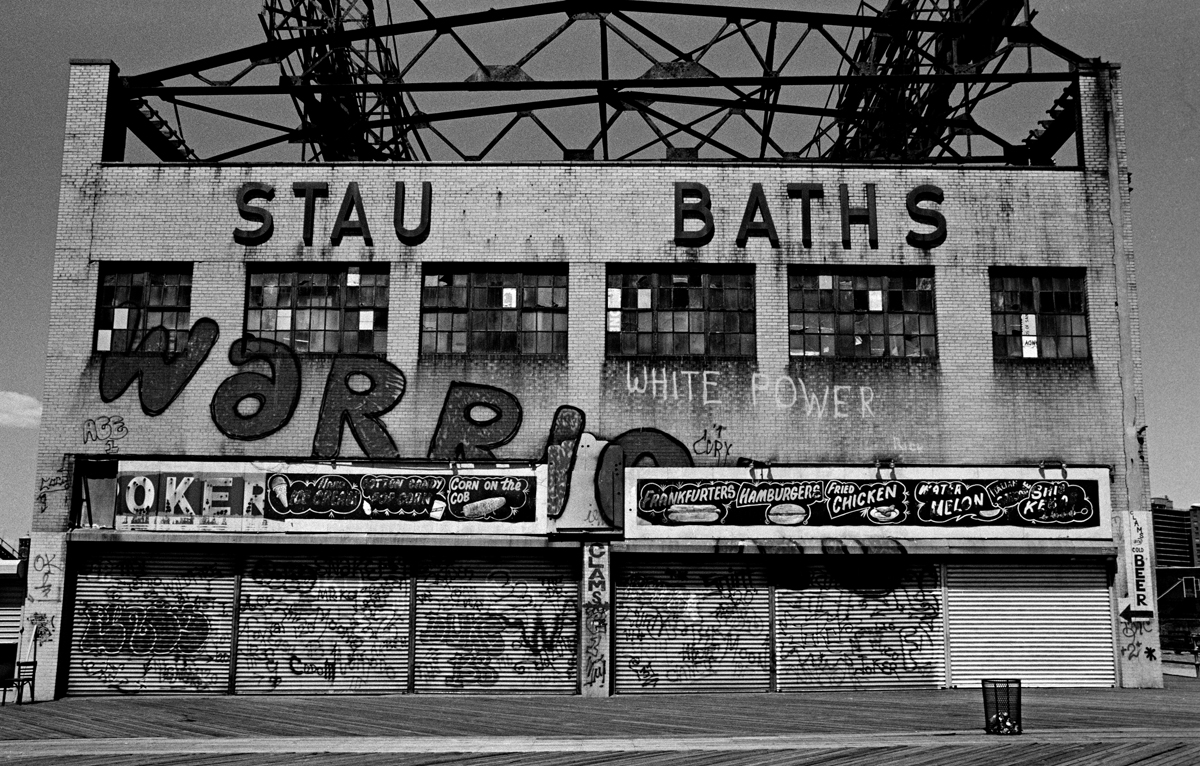 One day in 1978, Racioppo turned down West 16th Street and headed to the boardwalk, only to discover the Tornado rollercoaster was being torn down. “I rushed there, and ignoring the welders working overhead, set up my camera and tripod to photograph,” he remembers. “I began to think of creating a portfolio: ‘The end of Coney Island’.”

“Coney Island’s comeback began with the influx of artists in the 1980s, who founded two interrelated not-for profits: the Coney Island Hysterical Society and Coney Island USA,” he says. “In 1983, Coney Island USA’s founder Dick Zigun organised the first Mermaid Parade, which has grown to become an international festival and major tourist attraction.”

In Coney Island Baby, Racioppo documents the fall and rise of a neighbourhood that parallels the fortunes of New York City itself. “I feel very lucky that I’ve been able to meet people who are open to being photographed by a stranger,” he says.

“This summer I photographed extensively along Bowery Street and Surf Avenue, concentrating on the owners and operators of the concessions and rides. When Louis, the manager of El Dorado Bumper Cars, started the cars – music blasting, lights flashing – just to give me a private ride, my summer was complete.” 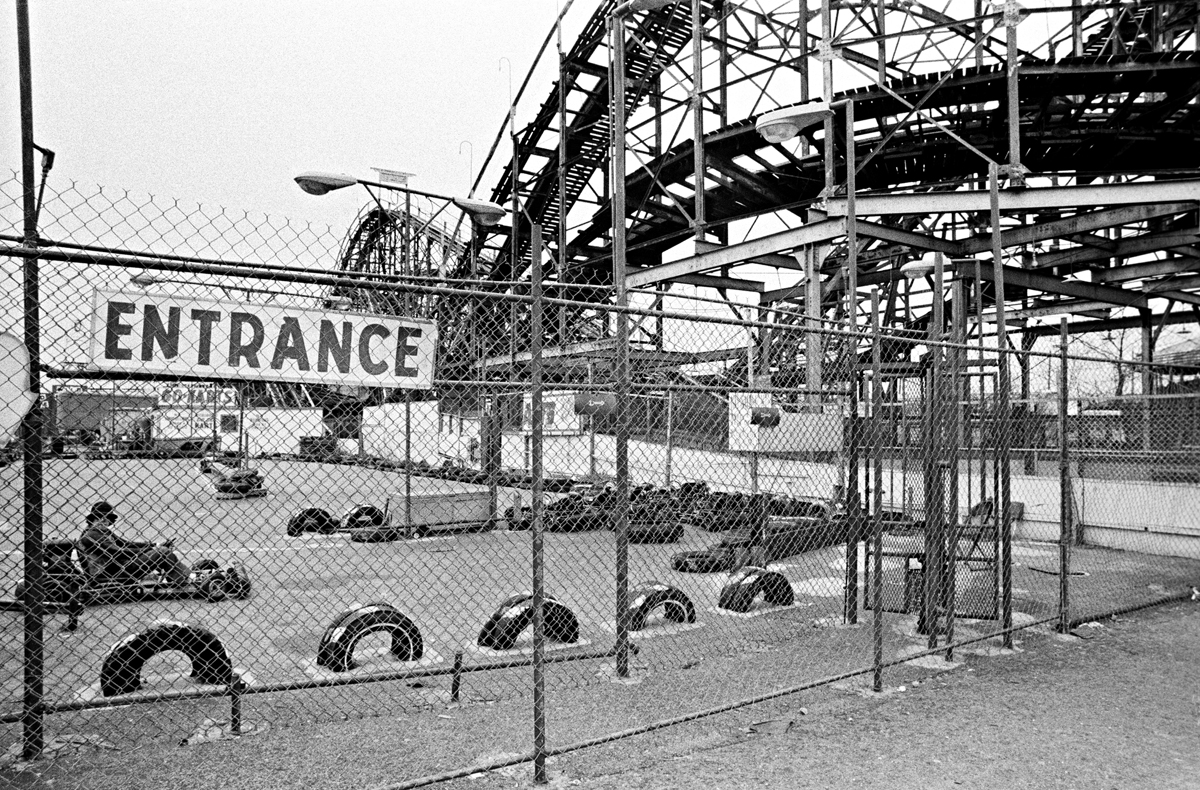 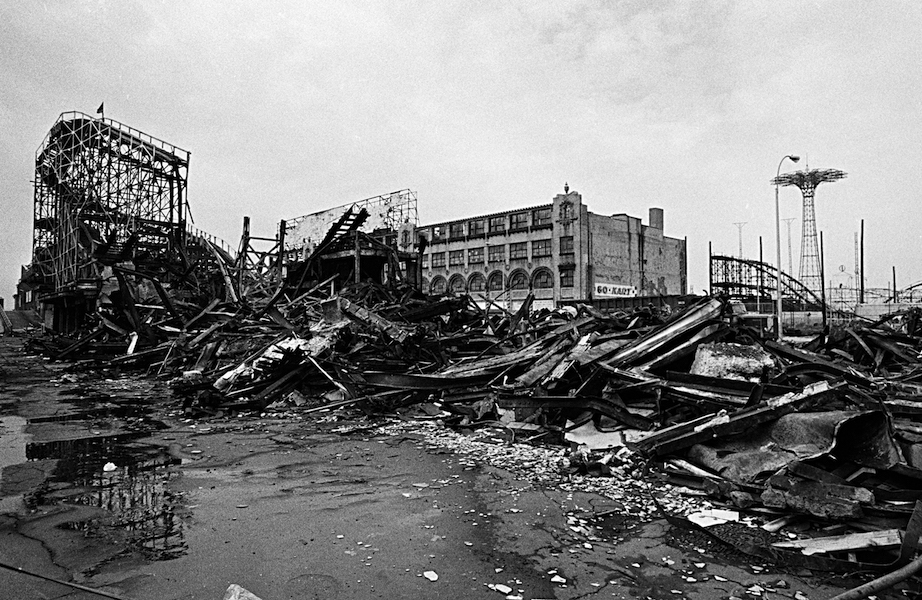 Demolition of the Tornado rollercoaster, 1978 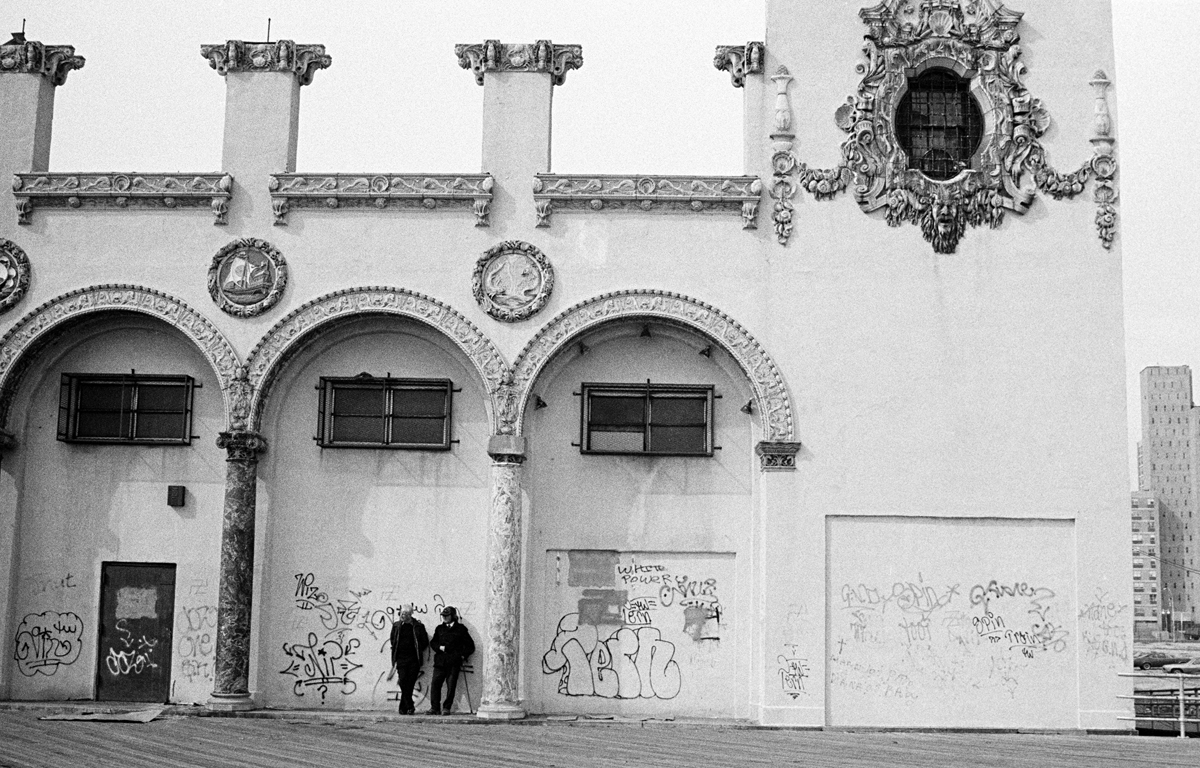 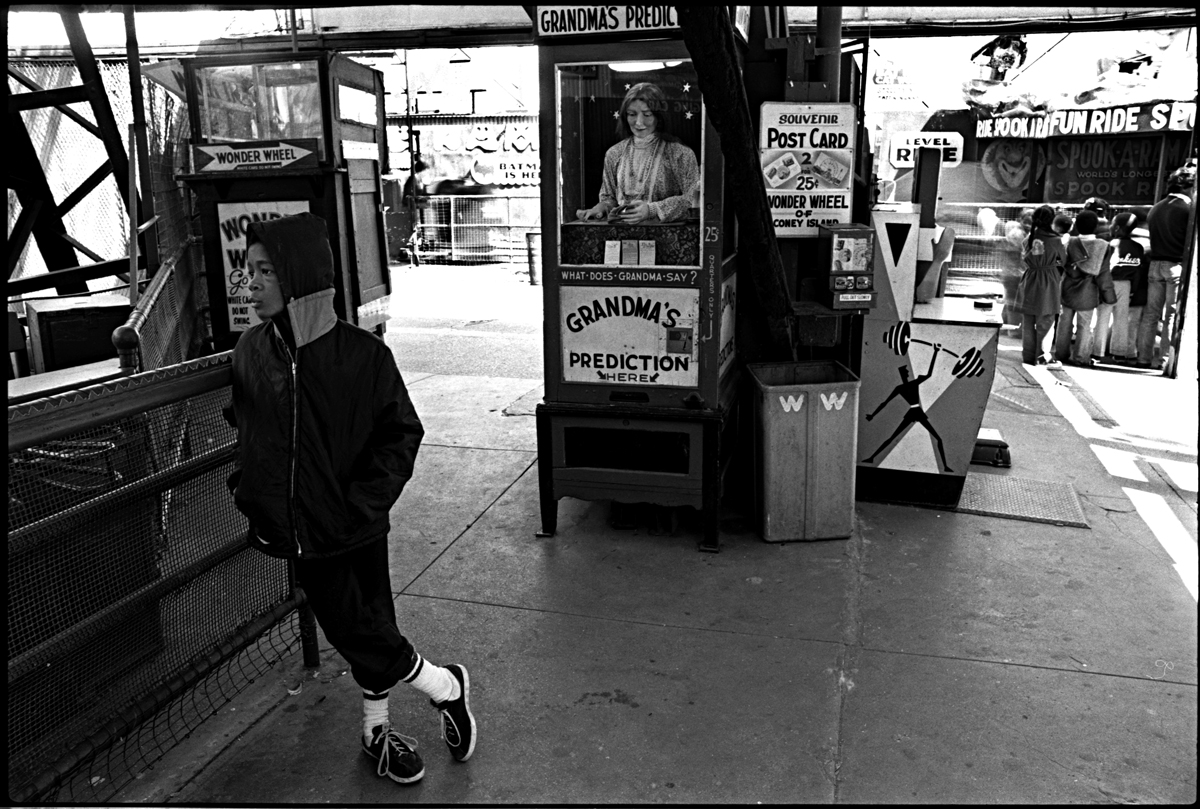 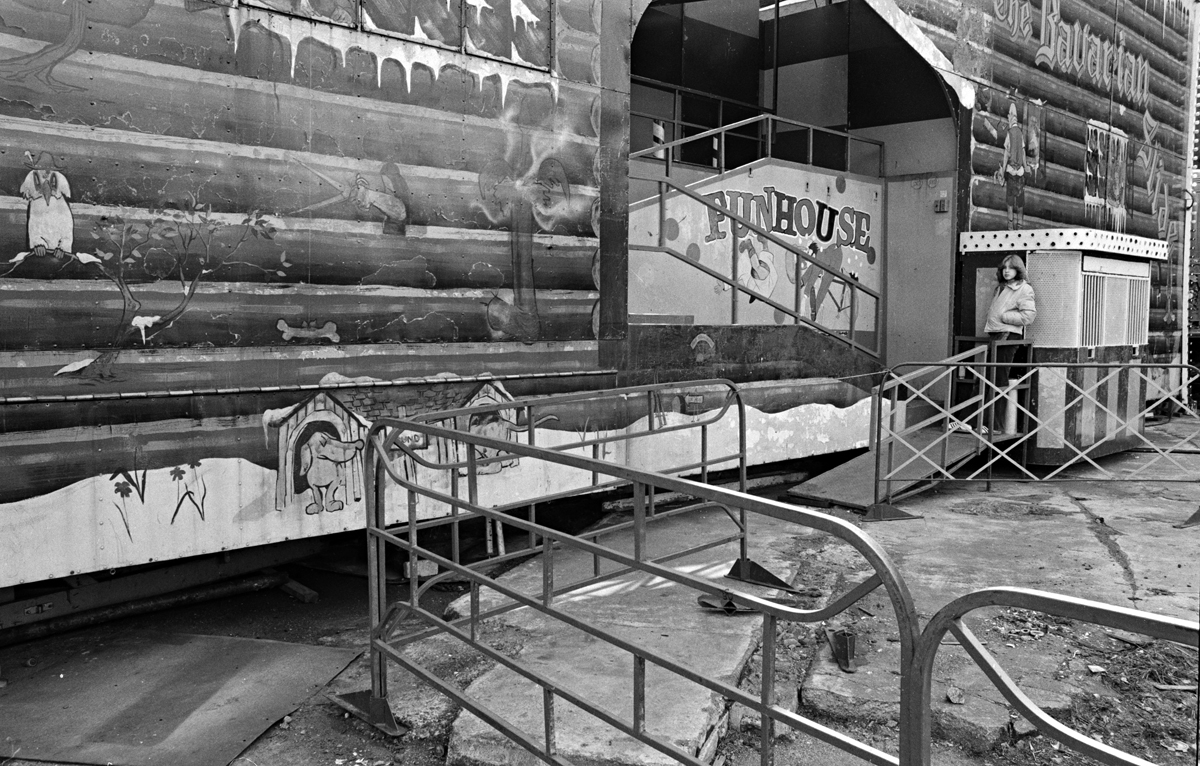 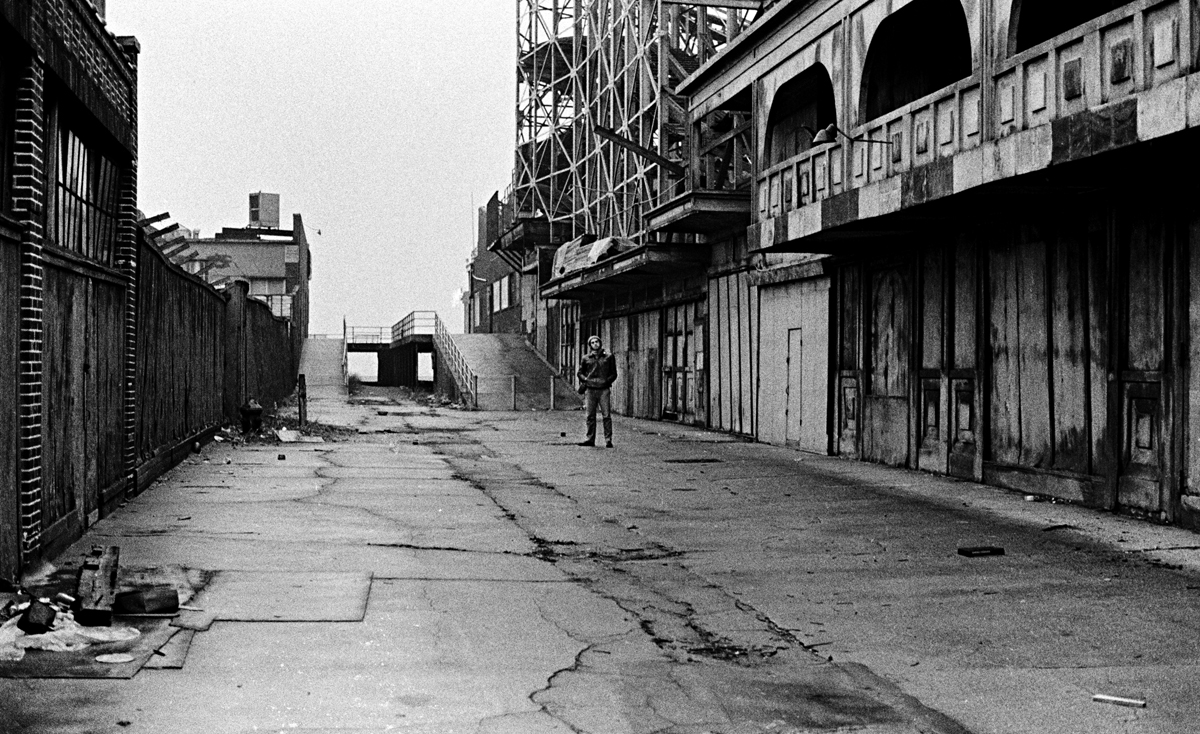 Linkedin
RELATED ARTICLES
OTHER ARTICLES
With abuse of call-centre staff on the rise, many are now speaking out about the hostility they’ve faced.
Leading art critic Robert Storr reflects on the photographers – from Seydou Keïta, to Malick Sidibé, to Carrie Mae Weems – who helped to transform and redefine the medium.
In the UK, Hongkongers are continuing to stand in solidarity with the pro-democracy movement.
The photographer reflects on building trust with his subjects and using the street as his studio.
Jermain Cikic reflects on his experience of visiting the island of Samos, Greece, in the summer of 2021.
From the queues outside to the last ones standing, Francesco Mellina’s new photo book follows a night that has gone down in the Northern-Soul history books.