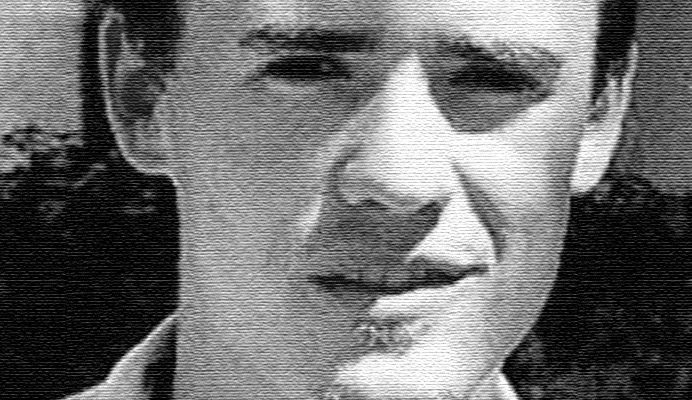 Author Ben Machell discusses his new non-fiction book about Stephen Jackley, a university student who raided banks and betting offices between 2007 and 2008 with the intent of giving to the poor.

Author Ben Machell discusses his new non-fiction book tracing the extraordinary case of Stephen Jackley, a university student who raided banks and betting offices between 2007 and 2008 with the intention of giving to the poor.

When Stephen Jackley broke into the office above an HSBC branch in Worcester, he found that his way into the bank was barred by a door and ended up trashing the place in anger. The next morning, his stomach dropped when he discovered that the office belonged not to the bank, but to the NSPCC.

Writing to the charity, he pledged to repay them £25,000 – and he did send them a couple of envelopes, one containing £650, with the promise of sending more. But his subsequent robberies fell significantly short of the target, and the guilt would continue to haunt Jackley.

This is one of many remarkable events recounted in journalist and author Ben Machell’s non-fiction book, The Unusual Suspect, which tells the story of Stephen Jackley – the modern-day, self-proclaimed ‘Robin Hood’ who was driven to crime out of what he saw as a need to right society’s wrongs. His goal was to raise £100,000 for what he called the Organisation – a one-man mission to save the planet from poverty and injustice. But as the NSPCC incident illustrates, his actions very often left a trail of destruction behind them that did far more harm than good.

Machell traces everything from Jackley’s troubled childhood living with a mentally ill mother and domineering father, to a trip to Thailand in his adolescence where he questioned a monk about the ethics of doing wrong for the greater good, and his eventual raiding of banks and betting offices first in his hometown of Exeter, and then the university town of Worcester between 2007 and 2008. These events took place amid the backdrop of the financial crash – a calamity which for Jackley, only vindicated his actions further.

His crimes resulted in a stint in an American jail (Jackley was eventually caught trying to acquire a gun in Vermont, which he thought would give credence to his bank robberies), and a 13-year prison sentence in the UK. It was only halfway through his sentence that he was diagnosed with a form of autism, Asperger’s Syndrome, a fact which, on appeal, lessened his sentence to 12 years.

Machell first met Jackley around five years ago, when he was writing an article about him: after their first conversation, he knew that there was ample material to turn the story into a book. The author spoke to Huck about the role Jackley’s autism may have played in his crimes, the complexities of his motives and the confluence of events that may have caused Jackley to take the path that he did.

What was your first impression of Stephen when you met him?

He’s a quiet, unobtrusive guy. When you look at just the actions, you think, ‘That’s kind of wild and gonzo’, and then you expect him to be on some level a larger-than-life character… so I think the most striking thing was how normal he was.

What also struck me fairly early on was the willingness on his part to just talk it through and not try to varnish or launder his image. I think he was still somewhat at a loss as to how he got to the stage that he did, which accounts for why he stuck with the whole thing, of me constantly calling him… I think he found it difficult at times, and probably painful and embarrassing.

Did you take to Stephen on a personal level?

It wasn’t really about that, because it was a job, and I think I was so interested in what he had done and how he got there… But I sufficiently trusted his intentions.

I think the other thing is as I got more and more material, particularly from his diaries, I got this really unique insight into the daily life of this kid who has this undiagnosed condition and a schizophrenic mother, who has got nobody really. He’s terrified of school, he can’t cope… I absolutely sympathised with the place Stephen found himself in.

Were there any points in interviewing him when you struggled to take his words at face value?

From speaking to a lot of people about the book, particularly before they’ve read it, they ask: ‘Was he goodie Stephen, or baddie Stephen?’ ‘Was he just using it as a kind of moral stalking horse to do what he liked?’ Or, ‘Was he too pure for this world?’

What becomes clear is that it’s so complex, because of people’s capacity for self-deception, for cognitive dissonance, for thinking two things at the same time. There are times when I think he probably was, and he kind of admits it, obsessive and delusional. His diaries talk about the feeling of power that you get and the allure [of money]… which is remarkably self-aware.

Certainly, people with Asperger’s Syndrome can sometimes find it quite difficult to tell you an outright lie… And I think there are times when he struggles to lie to himself and he’s really honest with himself as he’s doing all this stuff.

Do you see Stephen as just being a more extreme representation of what was actually a common feeling among his generation coming of age around the time of the financial crash?

One thing some people say [about Stephen] is: ‘Well he wasn’t wrong.’ On a very basic level, even predating the global financia crash, he looked at the world and saw that this is completely unsustainable, completely unfair, because billions of people are exploited by this global capitalistic financial system; it seems completely rigged. There’s a reason that everything operates as it does, and it’s certainly not to help people who are struggling.

Stephen made the link as a teenager between money and the world around him in terms of the environment. So obviously, he shouldn’t have done what he did, but his concerns, if not being proven if not correct, then certainly are no longer niche.

I don’t want to say he was ahead of his time, but he’d arrived at that conclusion a fair bit of time before society at large.

Could you picture another reality in which his obsession was channelled into something that could sustainably help achieve social justice?

In terms of the obsessive part of his personality, he can’t help that, so I think maybe the bigger question is, ‘What if he had not been isolated?’ Had he not existed in his own head to the depths he did, who knows what other avenues could’ve opened. It’s just not that healthy to be that alone. And he was conscious of it; he wanted to be part of stuff. But he just struggled so badly, at such a young age for various reasons.

What might have prevented him from committing his crimes?

It only occurred to me towards the end of writing it (about how did his Asperger’s played into it), and I think it just made him more on his own. If he just had those sorts of connections, learning about other people as well. If he was able to hang around others, I just don’t see him doing what he did.

The Unusual Suspect is out now on Canongate Books.

Linkedin
RELATED ARTICLES
OTHER ARTICLES
The photographer describes taking inspiration from Magnum photographers to craft an intimate and revealing portrait of the city.
A new exhibition is marking the photographer’s 100th birthday with a look back at his extraordinary career.
A new documentary tells the story of an unassuming cul-de-sac of 13 timber framed houses built by Fusions Jameen – London's first Black housing co-op.
Max Miechowski reflects on documenting land that is being lost to the sea – and the people who live life on the edge.
Proponents of personality tests argue that they’re necessary to find the best person for the job – but in practise, they’re often discriminatory.
How the sounds of nature, air force bases, walking across the country, Windrush and synthesisers have influenced one woman’s journey through music and life.