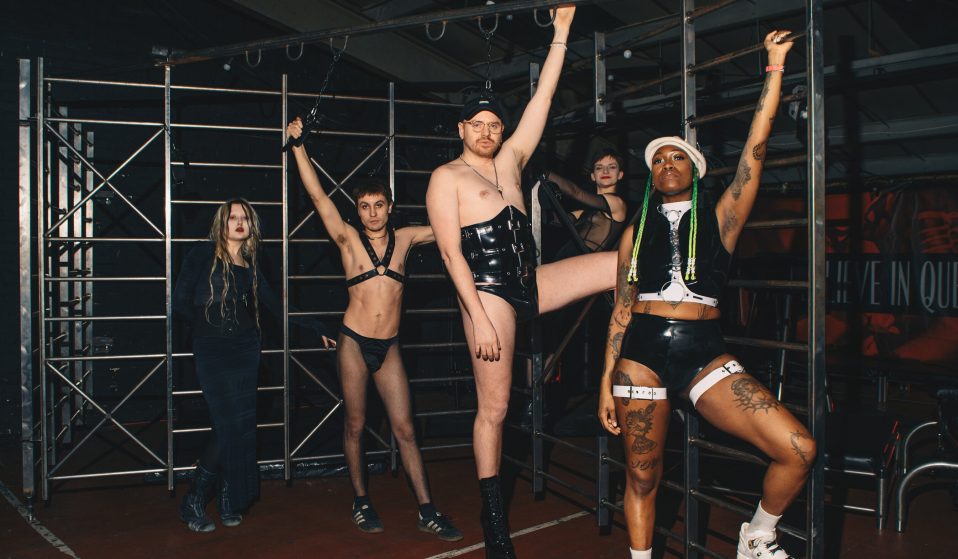 Crossbreed is revolutionising London’s kink scene. How does its founder Alex Warren make sure everyone’s on the same page?

Crossbreed – the queer, sex-positive rave – is revolutionising London’s kink scene. How does its founder Alex Warren make sure everyone’s on the same page?

“When I first launched Crossbreed, I had sleepless nights thinking ‘Oh my god, somebody’s going to be raped’,” says Alex Warren, DJ and founder of the London club night where dancing and sex are equally embraced. “That was my biggest fear. Luckily, that’s not happened in all the parties we’ve done.”

Running an increasingly popular kink event is a lot of pressure. But Warren, who is non-binary and no stranger to queer club culture, is working hard to try and keep ravers safe.

Starting out as a club photographer after moving from the West Midlands in 2007, Warren frequented the city’s vibrant nightlife, eventually opening a Dalston club then “hitting the ground running” as a DJ. After spinning abroad over the years, especially in Berlin clubs known for their anything-goes energy, Warren decided to bring back a slice of the German capital, conceiving Crossbreed’s record label and eventually the party in mid-2019. 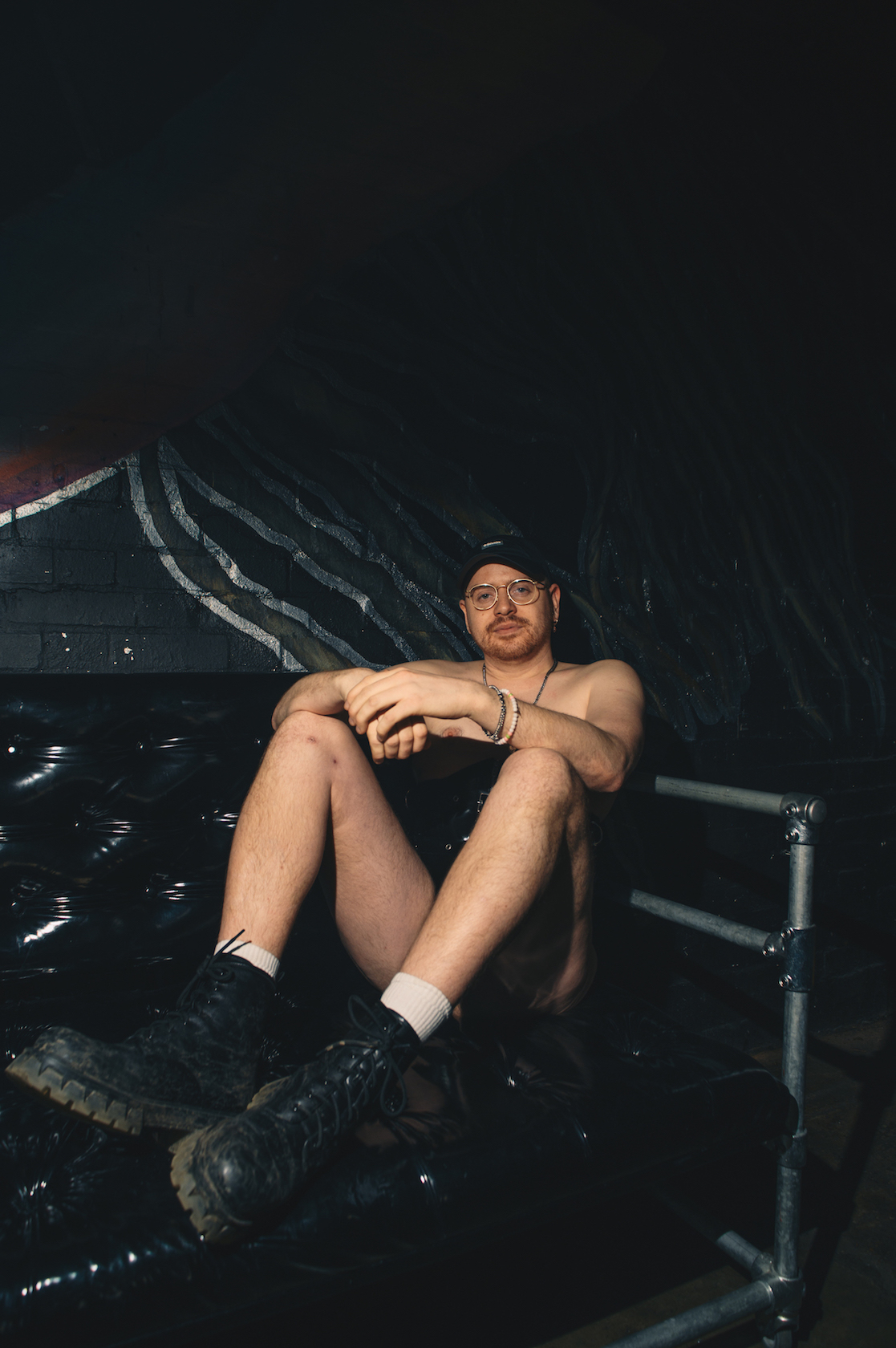 “I was a bit fed up with club culture and felt like there were things lacking in London,” Warren tells me, a mini resin buttplug earring swinging from one ear. “That’s where it all started.”

It’s a bright Thursday morning and we’re in the airy kitchen of Warren’s Hackney home, a cosy townhouse shared with three housemates, copious plants, a fluffy grey feline and their own rare Abyssinian cat. A corkboard is covered in polaroids of Crossbreed revellers. Warren is warm-natured and easy to get along with; someone you’d trust to welcome you into a sex party. Also stuck on display is a poster with bold coloured letters reading: “Queer utopias are not fantasies. Queer utopias are necessities.”

The same slogan is plastered around the gritty Hackney Wick club Colour Factory, where Crossbreed has a new Sunday residency. Party-goers, who are encouraged to don fishnets, harnesses and other fetish-wear, can enjoy Berlin-inspired hedonism, from a concrete dancefloor to an outdoor bathtub and upstairs “playroom” for sexual exploration, equipped with a leather hammock, industrial metal frames and cushioned platforms. The club also boasts a “wellness sanctuary”, house rules tacked onto the walls, and talks about consent between parties. 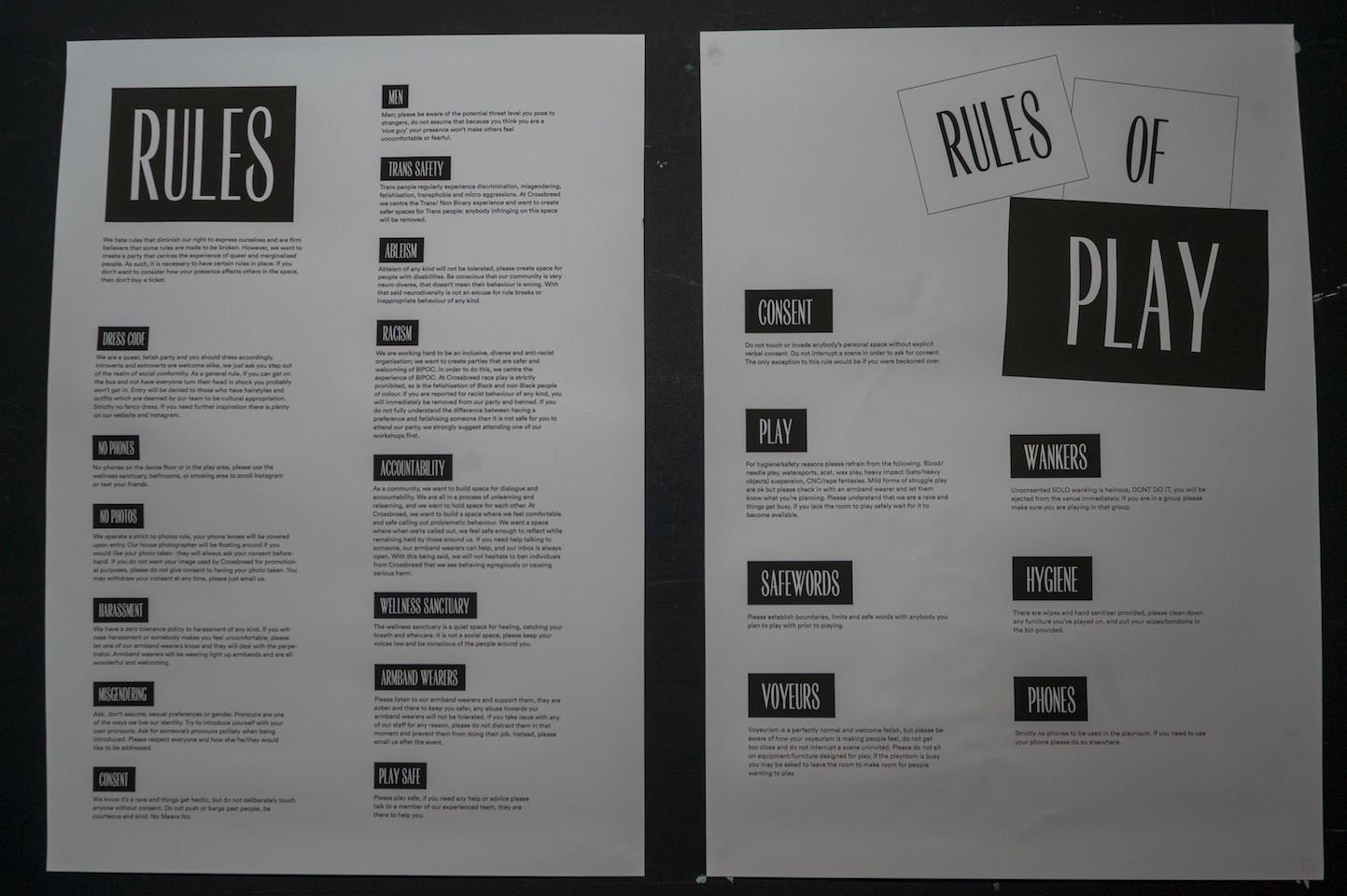 “Unfortunately, consent is seriously broken all over the place every single day,” Warren says. After rising to prominence in 2017 with the global “#MeToo” movement and sexual harassment epoch, discourse around consent and sex is still in focus. But headlines about abuse indicate there’s a long way to go. And nightclubs are a microcosm; reports of sexual assault in London venues were at their highest levels in 2021 since 2016, according to Metropolitan Police data obtained by Time Out.

With sex and other types of “play” embraced by Crossbreed, they actively promote consent throughout the night, with staff keeping an eye out for potential violations and encouraging people to have conversations on their boundaries before getting it on. “We try to create a safer environment for people to navigate things better than in other nightclubs,” says Warren. 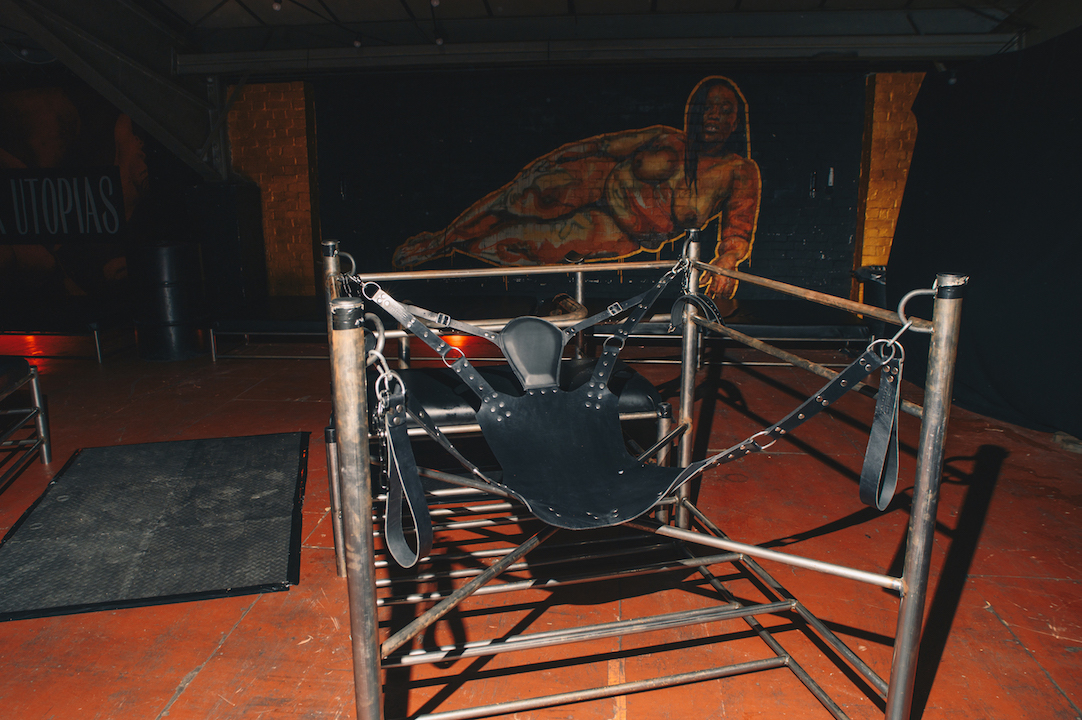 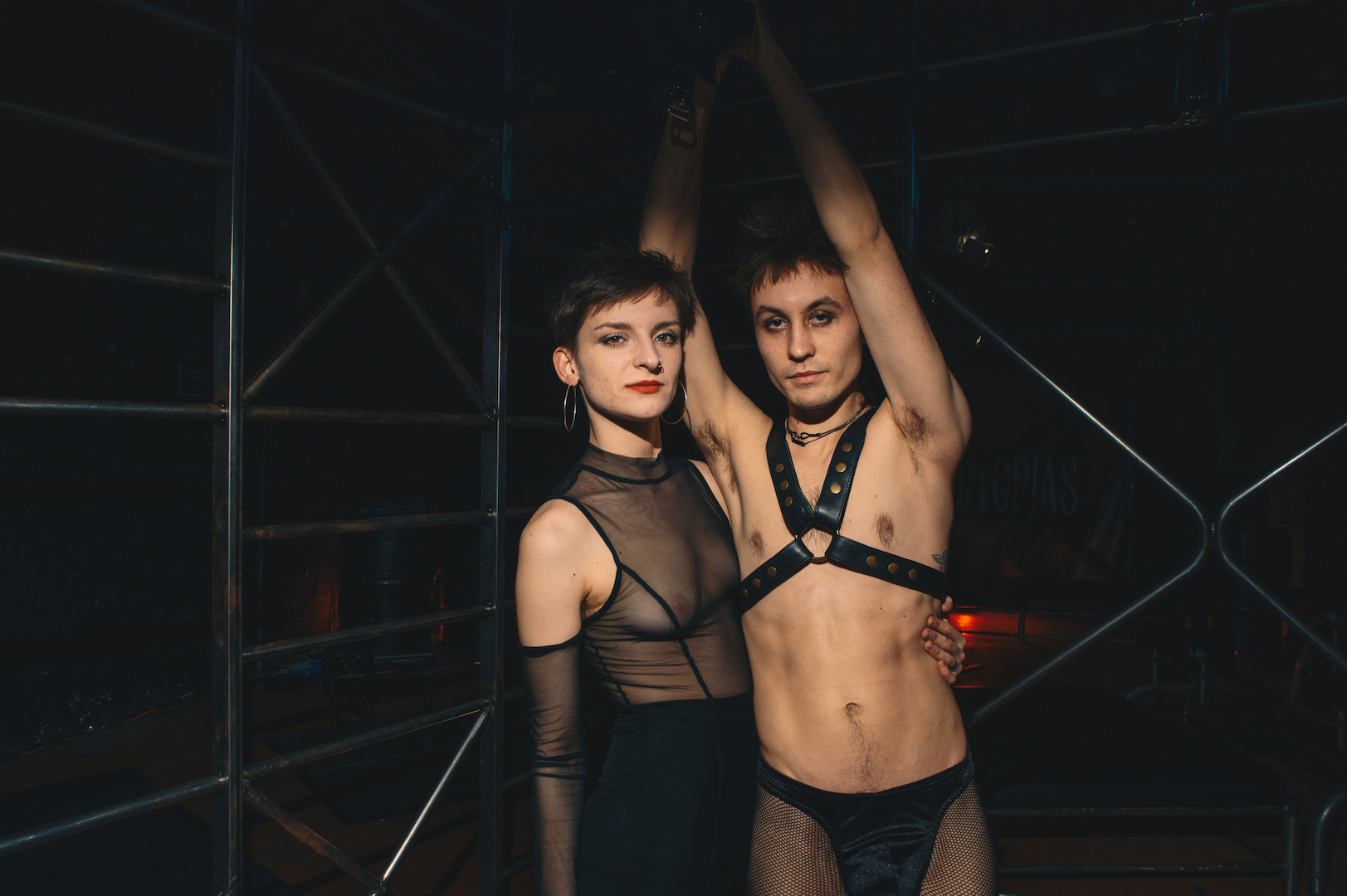 Crossbreed centres queer and marginalised people; an important aspect for Warren, who started identifying as non-binary after Covid-19 lockdowns. “I never resonated with being described as a man. I think it’s really through Crossbreed, the community and my friends that I’ve found my identity.” A sense of community is also what helped Crossbreed to thrive when the pandemic pushed it online. Zoom parties and a weekly social “turned it into a bit of a pub,” says Warren. “The same faces were coming every week – it was really cute.”

The community’s safety is always of the utmost importance. The very basics for relationships and kink alike, says Warren, include laying foundations beforehand and being willing to listen, learn and support if there are misunderstandings. Establishing needs, desires, wants, triggers and traumas is also vital, they add. “There are so many different ways of navigating consent and conversations which aren’t being had enough,” says Warren. 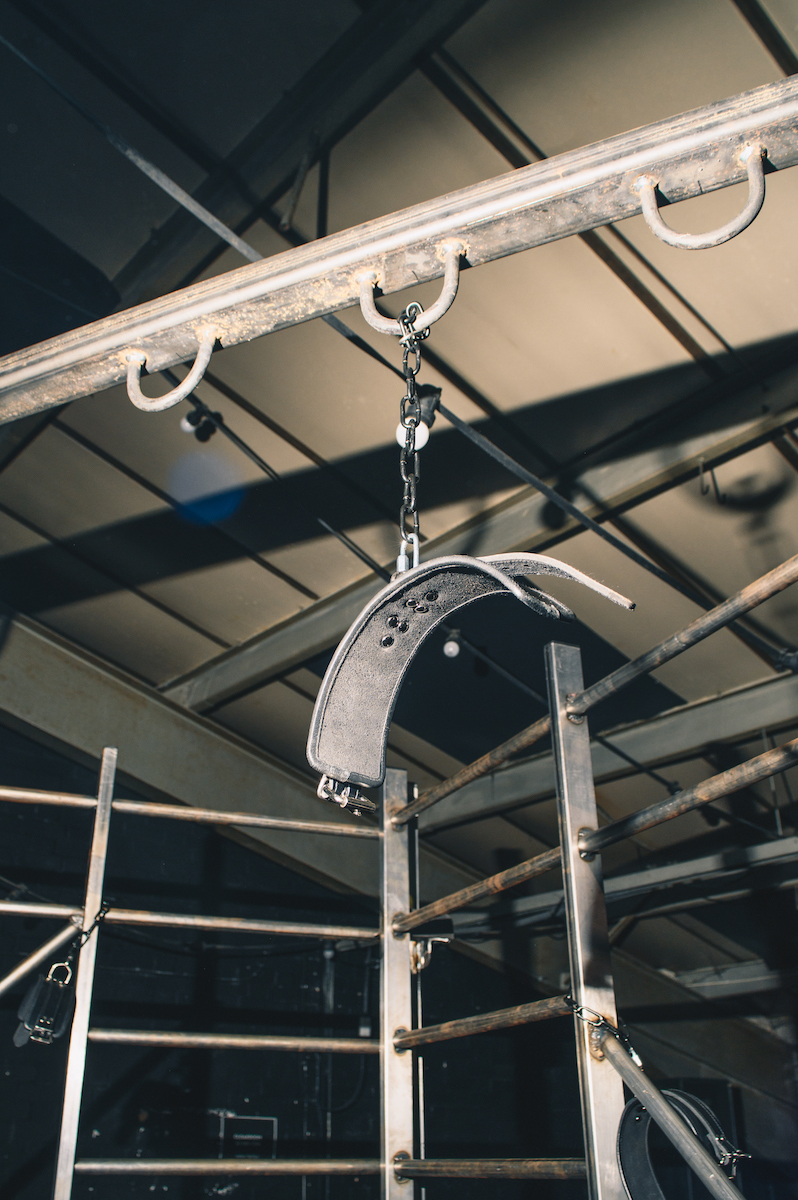 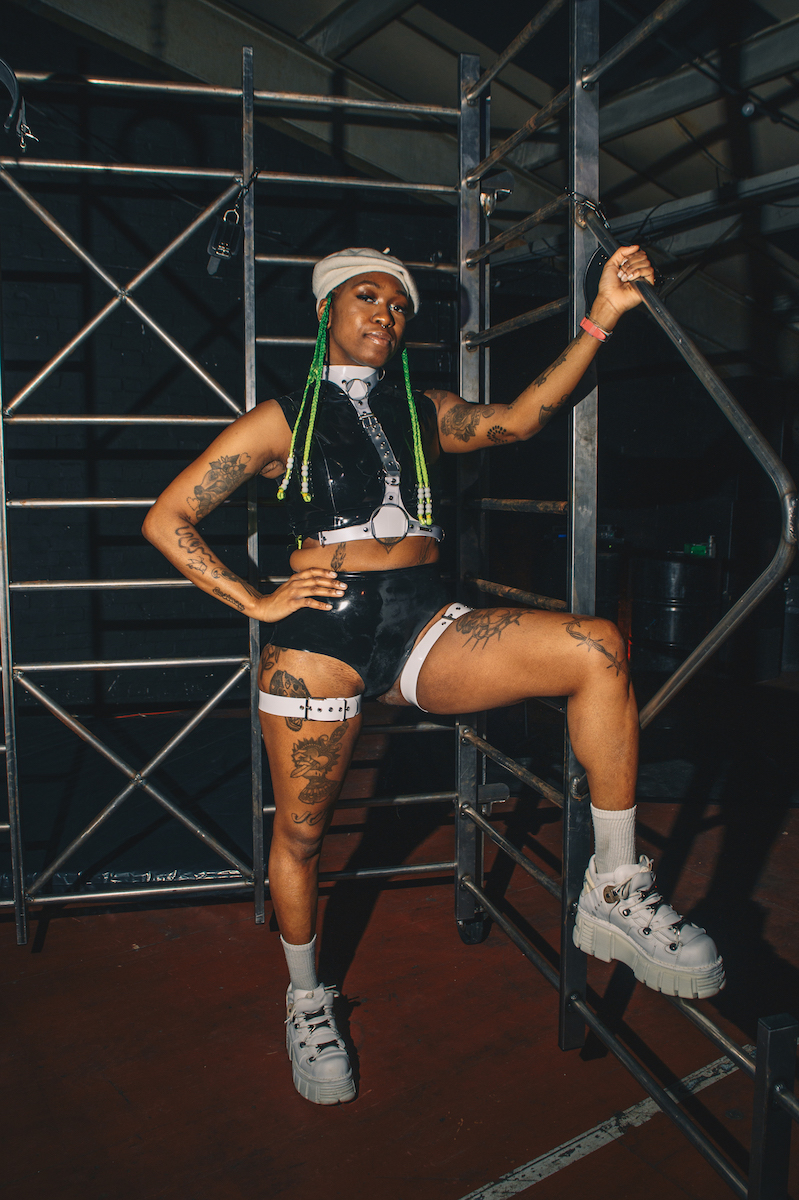 The night before we meet, I attended Crossbreed’s  “understanding consent” workshop along with dozens of others, to learn about the often-knotty subject under Colour Factory’s disco ball. Intimacy coordinators Logan Star and Rufai “Roo” Ajala led the session, explaining consent types – informed, implied, explicit, active, passive, according to the hosts – and showing diagrams including the “triangle of consent” on a blow-up screen. They also encouraged audience contributions with prompts such as “When does consent occur?” and “How long does consent last?”.

While there was consensus that consent is often more than a verbal “yes” or “no”, there was also discord. “The questions raised were interesting but I feel like very few conclusions were drawn,” says 26-year-old attendee Gary, “which is understandable given it’s a complex topic.” 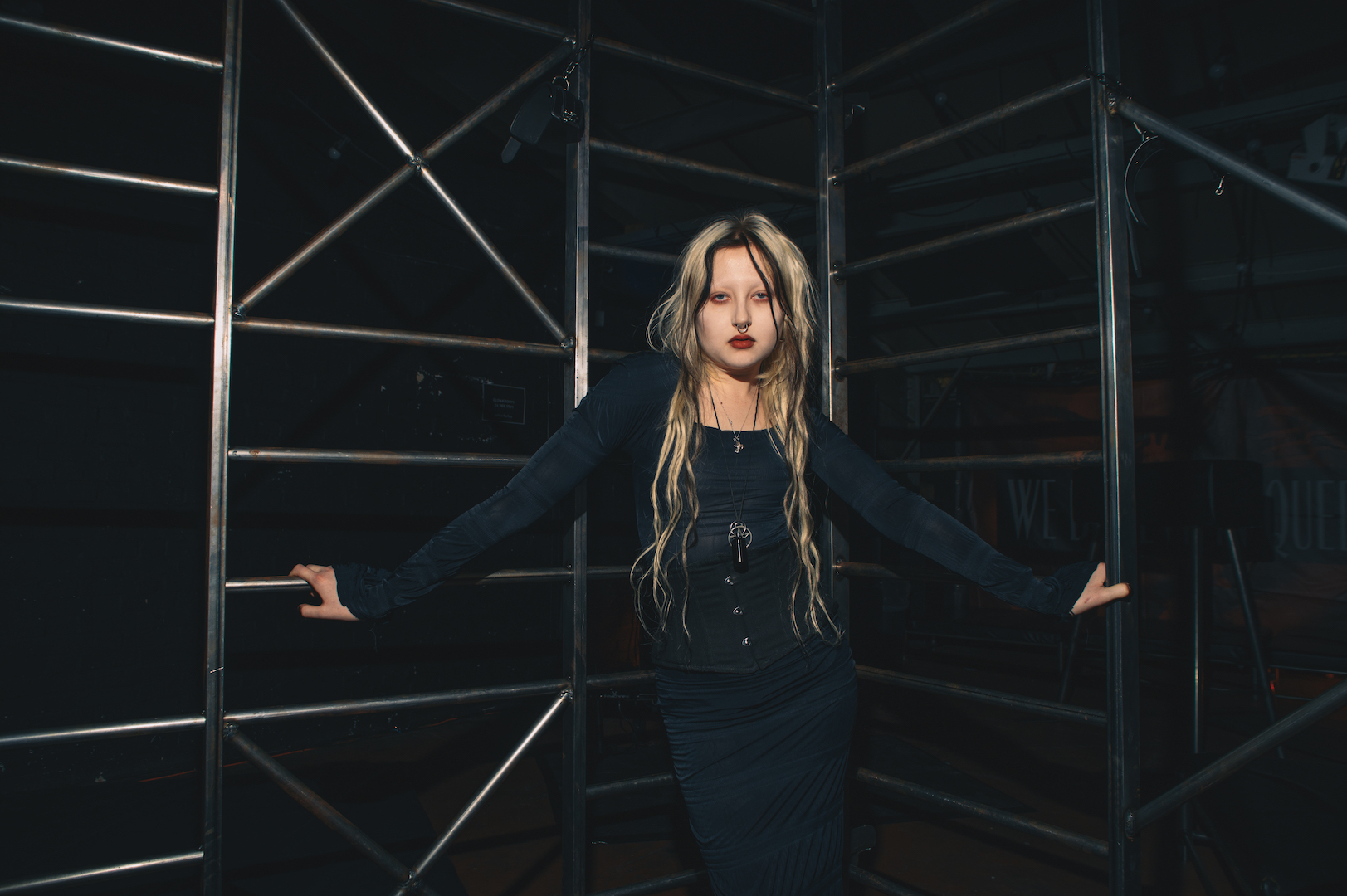 Audience members who thought it possible to consent while intoxicated were asked to raise their hands, with the limbs flying into the air splitting the room. According to one guest, drugs and alcohol eradicate someone’s ability to communicate and interpret others. Meanwhile, Gary suggests the ability to consent is on a spectrum. “Up to a certain point, yes, you definitely can consent on drink or drugs,” he says. “It depends obviously on the volume and what exactly it is.”

While Warren hopes Crossbreed’s Sunday slot promotes a calmer clubbing culture where being sober then going to work Monday morning is normal, they don’t encourage one way or the other. As Warren puts it: “Who are we to tell people what to do other than safety?”. But with the rise of spiking with needles, do they check people for substances? They do, especially for recreational “chemsex” drug GHB, which can be easily overdosed and is a threat in the queer community, says Warren. “​​The only liquid you’re allowed to bring into Crossbreed is lube.” 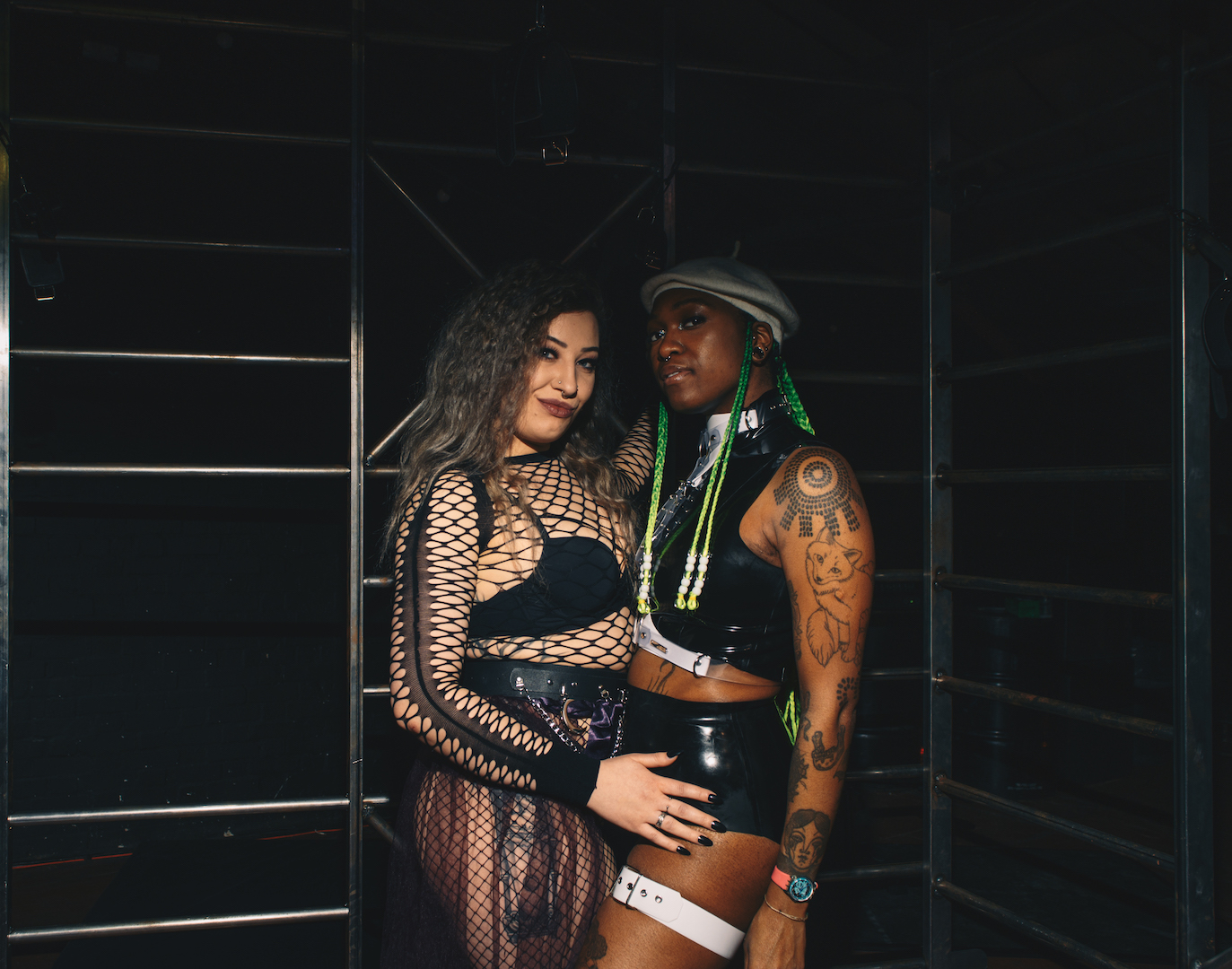 With increasing visibility – Crossbreed attracts more than 600 people a week, according to Warren – is a less compatible crowd turning up? Curiously, the opposite is happening, Warren says. “We used to turn away more, the crowd’s generally getting better,” they say, crediting Crossbreed’s outspoken politics which include calling out “TERFs” on Instagram. “Yes we’re radical, yes we’re staunch in our politics, and if you don’t agree, that’s kind of the point,” says Warren. “That’s why we’re telling you about them.”

Crossbreed also vets people on the door. Despite event listings warning of a strict dress code (party rules indicate fetish-wear and looks that are “​​out of the realm of social conformity”), entry is more dependent on someone’s intentions and knowledge of the rules, says Warren. Some of the door staff’s scripted questions include “Can you tell us one of our community guidelines?” and “Why have you come today?”. 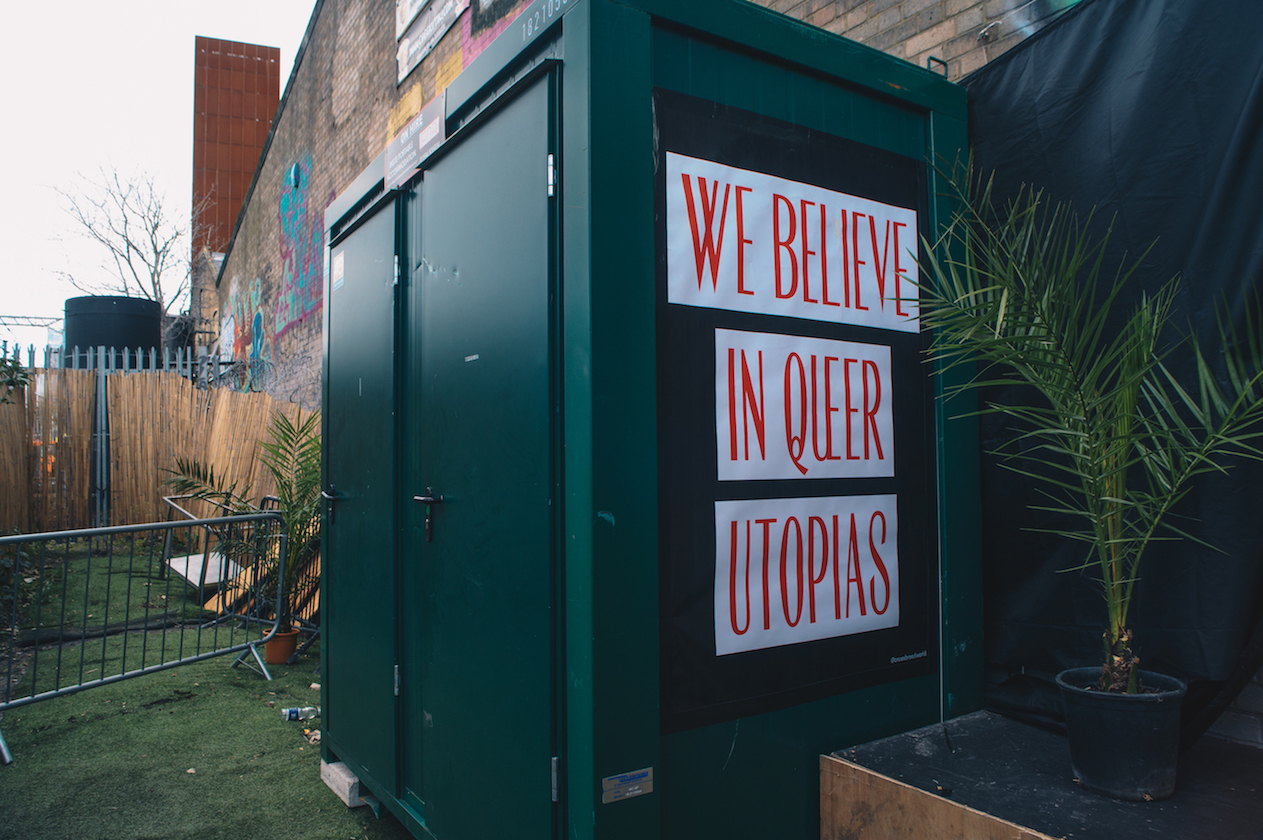 “A question like [the latter] can kind of catch people out,” says Warren. “If it’s because they wanna have sex they’re probably at the wrong party.” Meanwhile, people who like Crossbreed’s values are “probably in the right place. Lots of people don’t realise that not everyone is like, ‘Ahh sex!’ Lots come for the community, for the dancefloor, the rave.”

Inside, staff actively approach anyone making others uncomfortable, says Warren. If someone’s defensive, that’s usually a “red flag”, they say, adding that people “tend to stick out like a sore thumb” and are removed relatively regularly. The idea isn’t to make people live in fear, however, explains Warren. Anyone who is rejected or kicked out is welcome back for another try – provided they haven’t caused harm.

Despite the “huge sense of responsibility” Warren feels, they also confess to not being an expert. “We’ve all made mistakes. I’m also someone that’s got consent wrong and broken people’s consent before.” Many expect answers, but Warren feels there’s a limit to Crossbreed’s duty. “People need to be having conversations for themselves, they’re adults. We create an environment for those conversations to happen.” 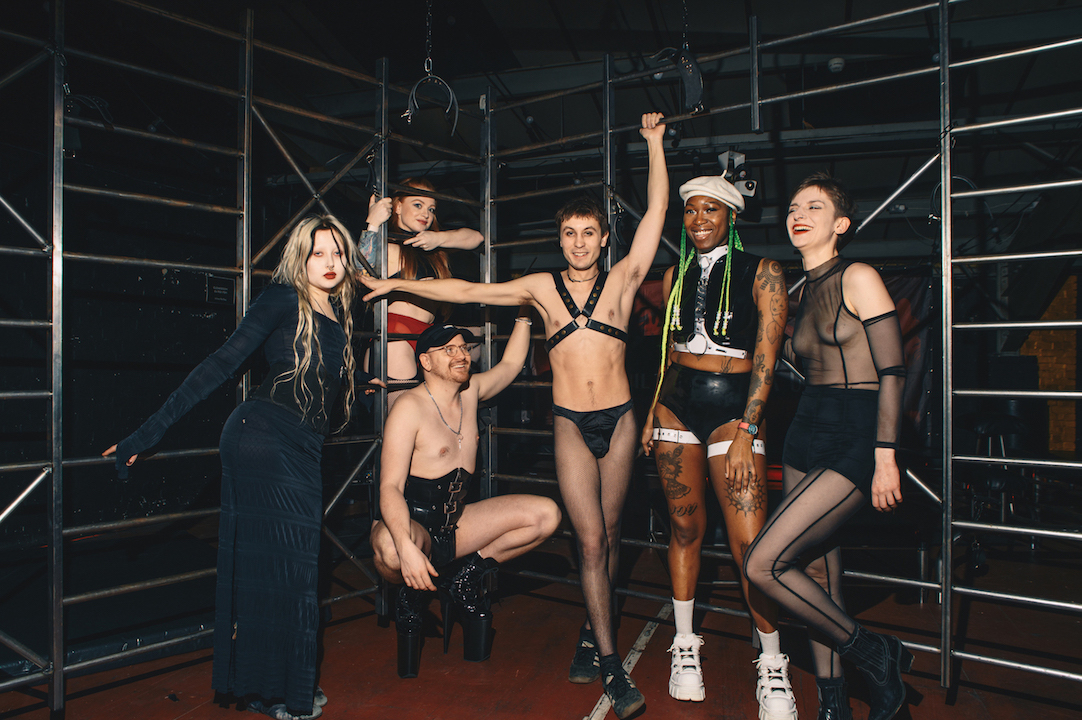 Find out more about Crossbreed’s upcoming events on their official website.

Linkedin
RELATED ARTICLES
OTHER ARTICLES
Photographer Arthur Grace recalls travelling through the Soviet Bloc and finding ways to evade the surveillance of his work.
A new edition of a seminal book brings together iconic images of the band onstage in their full glory and backstage in moments of unguarded camaraderie.
Proposals to introduce a minimum GCSE threshold for student loans will disproportionately affect those from marginalised backgrounds.
The past five years have seen a staggering increase in foodbank usage across the UK. Now, staff fear things are set to get much worse.
Whether it's partygate, the climate crisis or the spiralling cost of living, the fightback begins on the picket lines writes Tommy Vickerstaff
50 years since its inception, and the campaign calling for recognition that capitalism depends on domestic labour is as pertinent as ever.