Art & Culture / The story behind grills and their pioneer, Famous Eddie 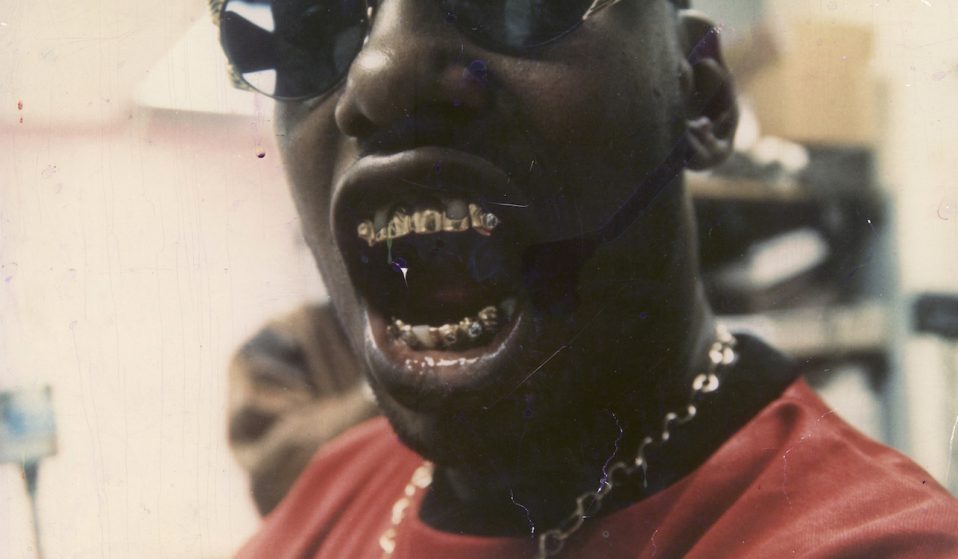 Writer and filmmaker Lyle Lindgren discusses his new book recounting the forgotten story of Eddie Plein, an entrepreneur who changed the face of hip-hop – one gold tooth at a time.

Writer and filmmaker Lyle Lindgren discusses his new book recounting the forgotten story of Eddie Plein, an entrepreneur who changed the face of hip-hop – one gold tooth at a time.

From Nas to Jay Z, to Kelis, to Outkast and A$AP Rocky, grills have been a hallmark of hip-hop culture for over three decades now. But less-spoken about are their humble origins in a Brooklyn basement, where the Suriname immigrant Eddie Plein spent countless hours toiling over the decorative gold crowns in an attempt to achieve the perfect fit.

Plein’s pioneering technique of combining multiple gold caps to form single sets, which could easily be removed with a slight pull, would become a cultural phenomenon. The rise of grills, and Plein’s largely forgotten story, is traced in a new biography Mouth Full of Golds, by writer and filmmaker Lyle Lindgren.

When Plein came to New York from Suriname in his early teens, he was surrounded by Brooklyn’s budding hip-hop scene, soaking in the presence of “hustlers on the corner with rope chains, and big forefinger rings,” explains Lindgren. The idea of grills came to Plein during a trip home to Suriname in 1983, after he cracked his teeth and was forced to pay a visit to the dentist. 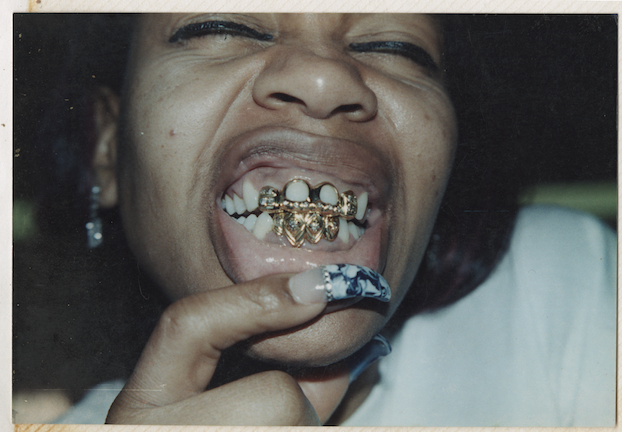 The dentist offered Plein a gold cap (gold is one of Suriname’s biggest exports, and gold jewellery, especially on the teeth as caps, is common), but “Eddie didn’t really want to commit to having permanent gold,” says Lindgren. “And that was the lightbulb moment in his head, when he thought: ‘Maybe I could do something here.’”

On returning to New York, Plein dropped out of university, cast aside his ambitions of becoming a professional footballer, and went to dental school. “He attended just enough dental school to learn how to make crowns, and then just started in the basement of his family home,” says Lindgren. Plein practised getting the technique right in the basement for some time by experimenting on his mum and dad, who were among his earliest volunteers.

It wasn’t long before the dental crowns Plein had reimagined – which allowed the wearer to express themselves through customisation – took off. Working out of a pawn shop in Hillside, Queens, Plein managed to convince some customers who’d come into the store to purchase crowns from him. 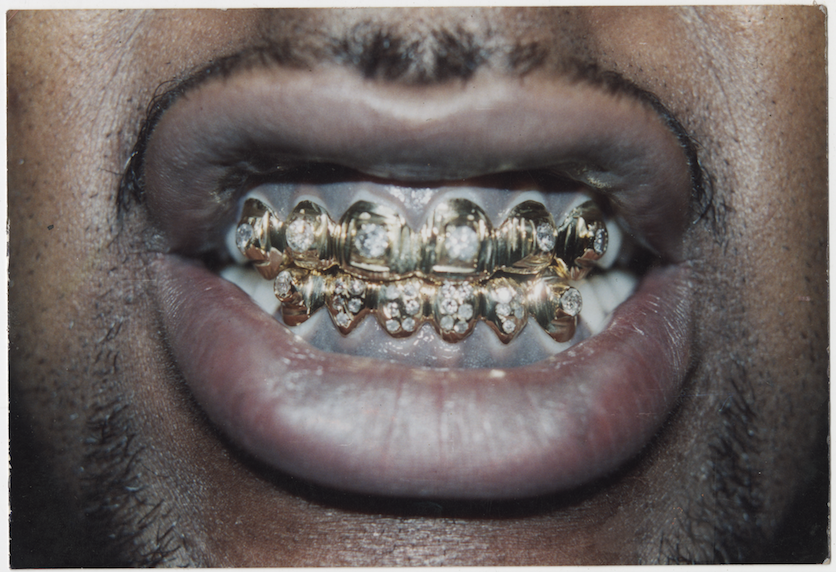 Plein had always dreamed of selling his grills to famous rappers, and this quickly became a reality when he secured his first major client, Just-Ice. “He [Just-Ice] made a real point of always having himself with golds in his artwork,” says Lindgren. “It was really pivotal for Eddie.”

When Just-Ice’s album Kool and Deadly was released in 1987, posters began appearing all over New York of the rapper flashing his grills. It drove swathes of clients to Plein, says Lindgren. “All of sudden, you’ve got teens trying to emulate what they’re seeing, and all these rappers – like Flava Flav, Kool G. Rap, Jay Z – coming to him, trying to keep on-trend.”

All the attention – and a falling out with the owner of the pawnshop – led Plein to establish his own store, ‘Famous Eddies’, which was located in the Colosseum in Jamaica, Queens (a flea market and significant centre of local commerce). “It was kind of an overnight success,” Lindgren says, “Eddie was like the king of New York.” With the money he was earning, Plein was able to put down a deposit on a house with a pool in Long Island. 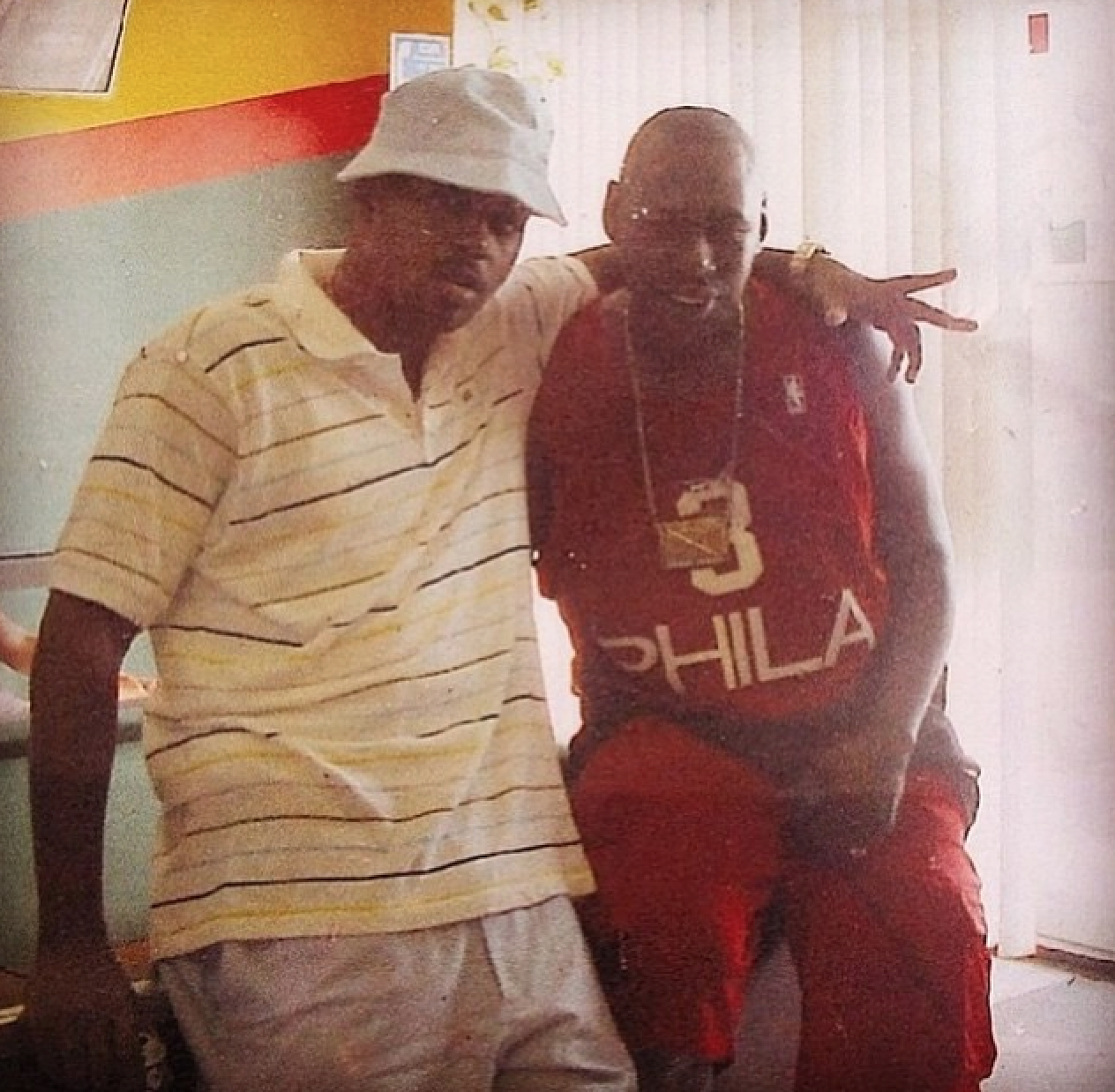 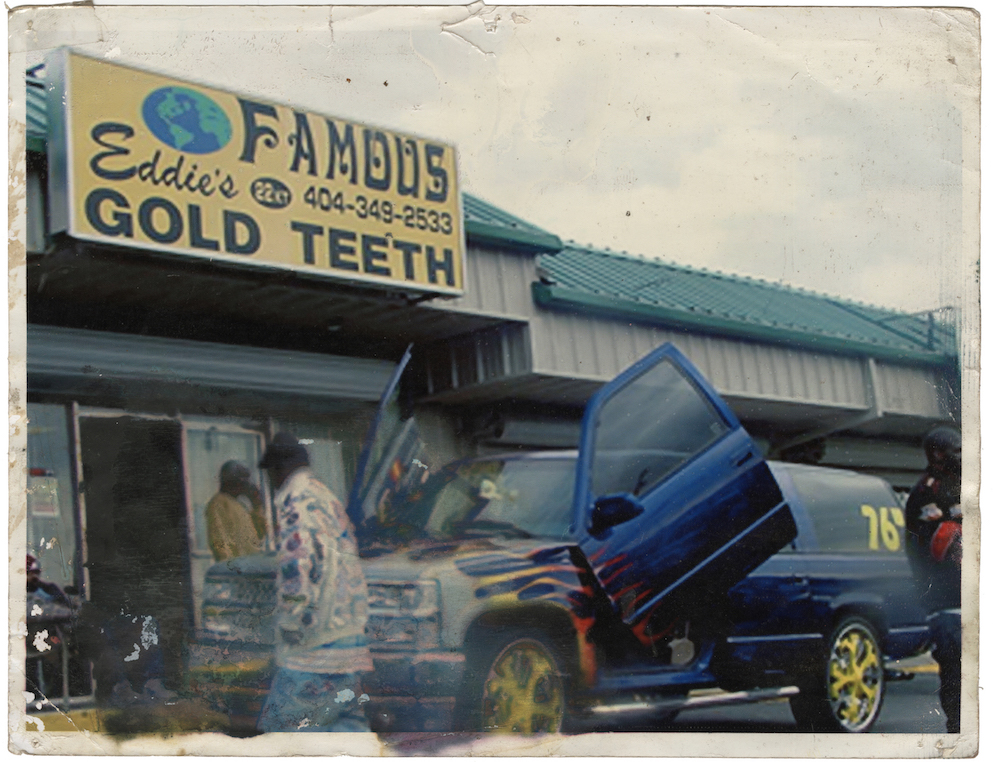 Famous Eddie’s at the Colosseum

But this meteoric rise was met with an abrupt downfall when, in 1989, copycat designers started to replicate Plein’s design and to undercut him. “He just got priced out and sort of refused to drop his price. He ended up having to leave New York after the foreclosing on his house in Long Island, and went to go live with his in-laws in Virginia,” explains Lindgren.

When Plein got to Virginia, he was left with few prospects, and entered a period of depression. But, Lindgren says, he wasn’t ready to give up just yet: “Eddie basically said, ‘Let me give this one last roll.’” Plein ended up moving his business to Atlanta in ‘92, where he enjoyed his next big cultural explosion. “He described it as being ten times more lucrative and successful than New York,” says Lindgren. It was in Atlanta that Plein designed ever-more-elaborate grills for rappers such as Outkast, Goodie Mob, Ludacris and Lil Jon.

After their sustained popularity over the late ’80s and throughout the ’90s, when grills blew up in Atlanta, Lindgren says that entering the millennium, gold teeth “died a bit of a death… It becomes super commercial and a bit of a pastiche.” 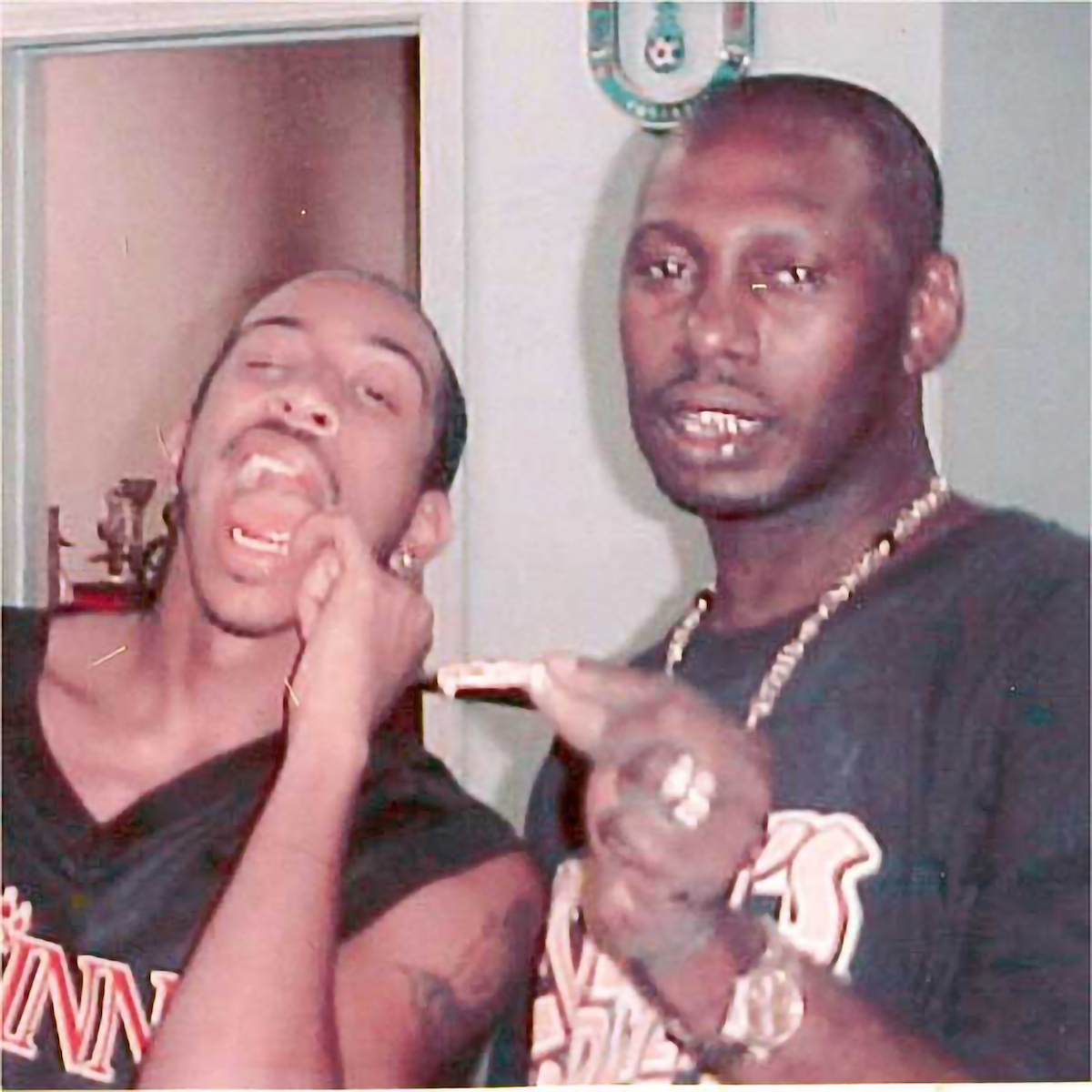 Lindgren credits A$AP Rocky with helping to revive grills in 2012, when he introduced gold teeth to the realm of high fashion.  In the book’s foreword, A$AP describes how “If you had a mouth full of gold teeth where I came from, it meant you got a lot of money… being from Harlem, fashion is in our very fabric. So it was only natural that the two worlds would eventually combine.”

On a trip to Paris around 2012, A$AP met the up and coming French grills designer, Dolly Cohen. “[Her work] had this Parisian coolness to it, and I was getting mad sets made,” the rapper writes. “It got to the point where I was like, ‘Man, I’m gonna introduce you to Rihanna,’ and that’s when Rihanna fell in love with the work. And you know, that was that – gold teeth were ready for the runway.” 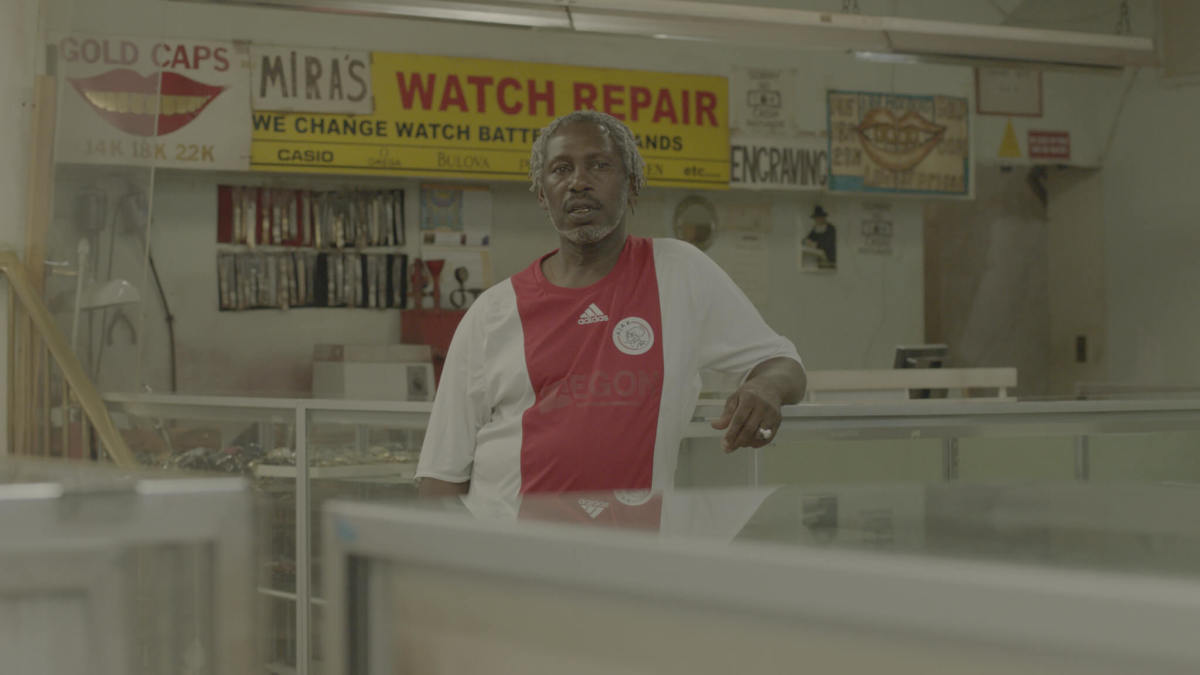 Eddie in the Colosseum

It was also around this time that grills started to garner more attention outside of the US. Lindgren pinpoints the rise of Instagram as the moment when gold teeth became more accessible, with greater options to get grills shipped over, while specialist stores started springing up in Europe. “That kind of transfer of knowledge caused a rise in grills in the UK,” Lindgren notes.

As the style became more instantly recognisable around the world thanks to the advent of social media, Plein was in some ways left behind, and his legacy buried. As the popularity of gold teeth continues to grow with no signs of slowing down, Mouth Full of Gold looks to recognise this evolution and, as the book’s introduction states, to “celebrate the originator, without whom none of us would be able to shine”. 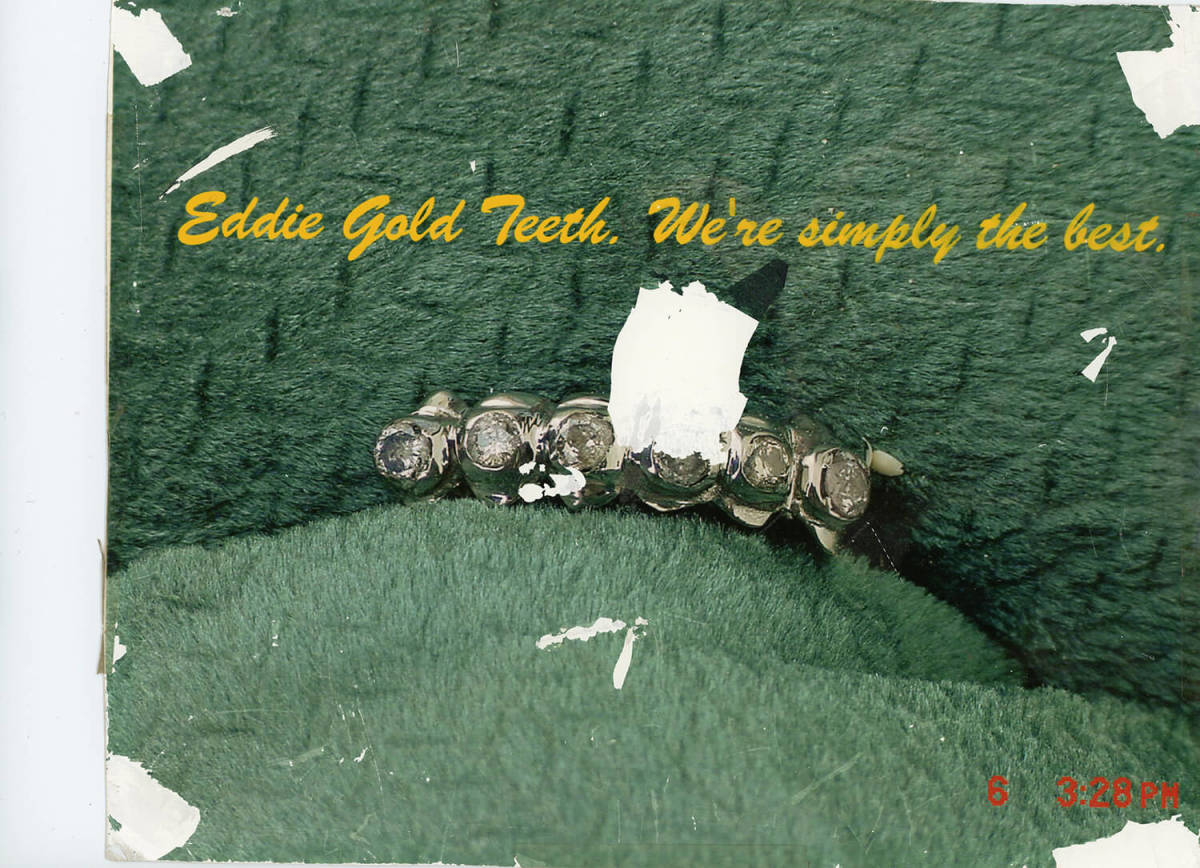 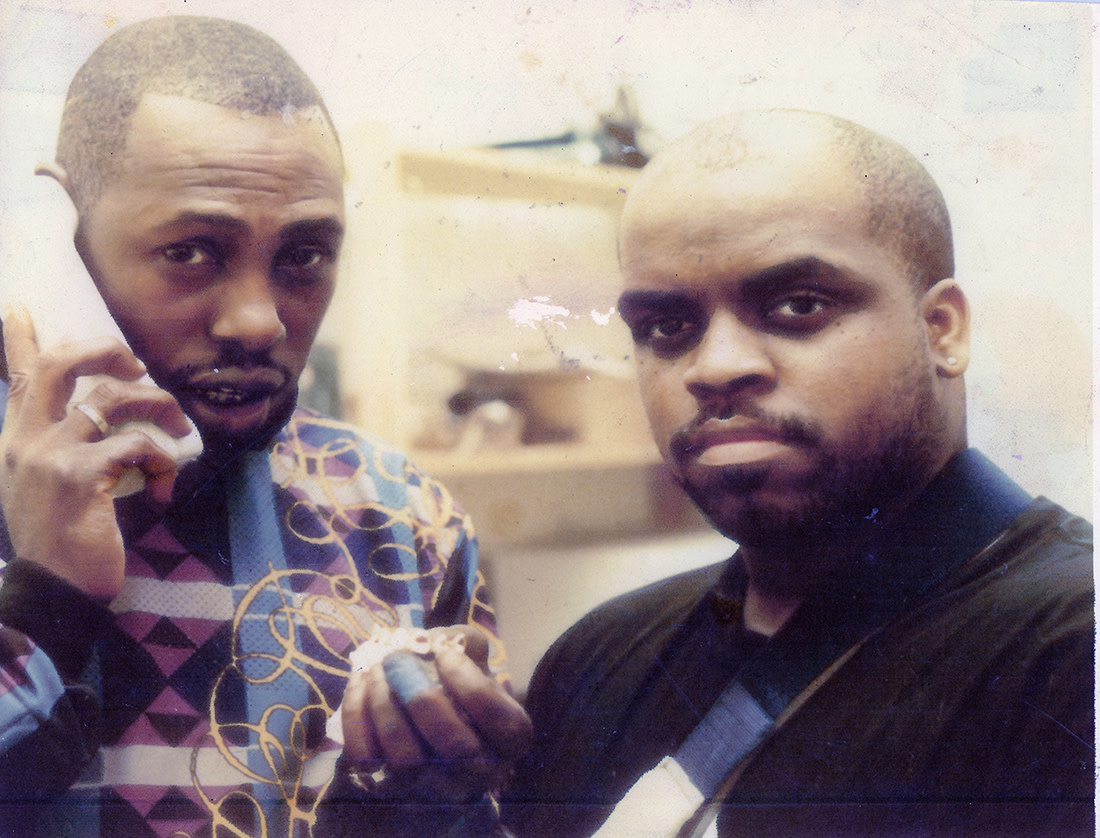 Mouth Full of Gold is released on May 16, 2021, and is available to pre-order from the book’s official website.

Linkedin
RELATED ARTICLES
OTHER ARTICLES
The revered showbiz chronicler recalls his journalistic beginnings, documenting subcultural scraps in the ’80s.
Over the weekend, London locals came together to resist a pre-planned police raid targeting delivery drivers.
Photographer Phyllis Christopher recalls capturing sex and protest at a time when the city had become a haven for the queer community.
In the last of our dispatches from OFFF Barcelona, Rufus Deuchler and Vincent Gault discuss the future of creative process.
The government’s failure to take long Covid seriously has led to the formation of a group campaigning for the thousands of forgotten victims of the illness.
Following the release of his latest album God Don’t Make Mistakes, the rapper talks horror villains, police brutality and being unafraid to show his vulnerable side.