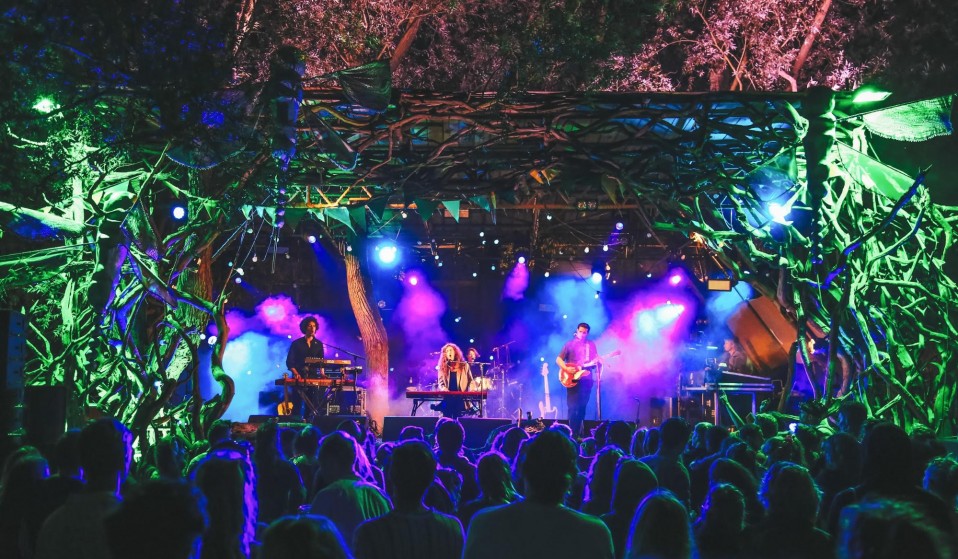 After 15 glorious years, Secret Garden Party is coming to an end. But not before one almighty knees up.

After 15 glorious years, Secret Garden Party is coming to an end. But not before one almighty knees up.

Three festival insiders share their personal highlights from Secret Garden Party’s humble beginnings, to its acclaim as the granddaddy of luxury festivals.

Laura Thorne, “Where The Wild Things Are” stage, 14-year Secret Garden Party veteran: [My first SGP] I was going as a driver, just someone to give people lifts. It was so secret, really hard to get to, and we travelled miles. When we got there it was just incredible — such an explosion of senses.

Ben DeVere, founder of SGP’s talks and radio station, 12-year veteran: I started off purely as a “fun-buster,” turning up with loads of friends in fancy dress, running a bar and DJ-ing. Then slowly, I got more and more involved and somehow my career became intertwined with the festival. 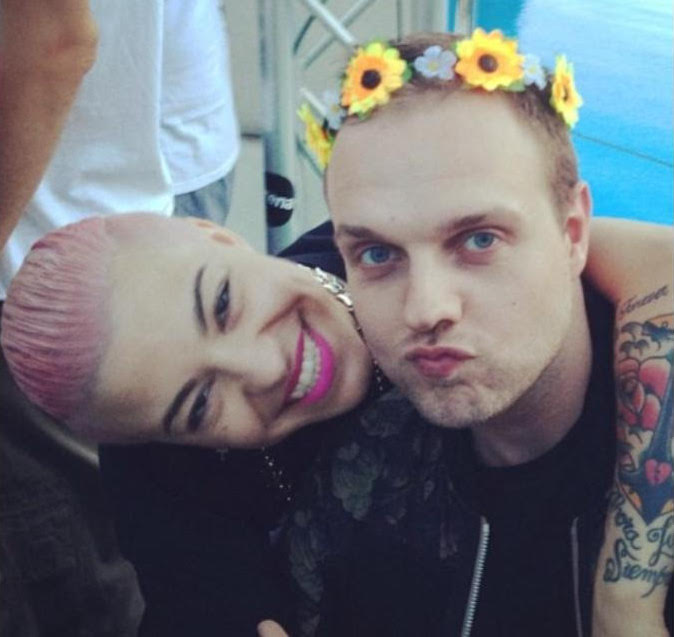 Steven Braines, Artist Liaison, “Little Horrors” stage curator at SGP, 10-year veteran: My first SGP was either the second or third event. It was amazing, working on a festival that was genuinely trying to do something different.

Ben: After a few years, the festival could sustain us semi-professionally — I used to be a teacher and then I ended up quitting that to join the circus a couple of days a week, and then I became a programmer and now my career is programming events and festivals.

I think you’ll find that to be a common thing — the Secret Garden Party launched a million weird careers.

There was no clear line between onstage and offstage. Performances would happen ad-hoc wherever. There was never a barrier between the main stage and the audience for as long as we could get away with it. The amount of stage invasions got ridiculous.

Laura: Lily Allen played the second year and she absolutely loved it. Then (founder) Freddie (Fellowes) asked me: “Why don’t you come and stage manage?” He really supported all the bands that he hand-picked from a grassroots level. Metronomy played years ago and now they are headlining the main stage, so it’s been nearly a decade of them coming back here. It’s great to watch them grow on their musical journey.

Ben: Desmond Dekker headlining in 2005 was amazing. That was a really special moment. That was when the main stage was where the “Where The Wild Things Are” stage is now — a really small place with probably only 2,000 people watching. He died not long afterwards so it felt like a special thing to have witnessed. For a few years afterwards, the Sunday night headliner was basically a tribute to him and to that set.

Steven: I remember looking after Grace Jones and feeling very tired. I was preparing a prayer room for her, but also at the same time, an oyster bar. She looked at me and went: “You can sleep here.” So she went on and she smashed her set and afterwards, I fell asleep in her winnebago.

There was loads of daft stuff like that. Like trying at the last minute to find an ironing board for Echo and the Bunnymen at five minutes notice.

Ben: It was a great festival for vagabonds and wanderers, creative people who hadn’t found their niche yet. Freddie was incredibly generous as a funder and ran the gig without any sponsorship at all. Freddie said: “Here is a platform. We are up for you doing whatever you like. We’ll give you a chance.”

We would get paid a little money to work on the set-up but at the start it was loads of volunteers pitching in. One year, the crew food was just sausage & mash — just sausage and mash. For breakfast, lunch and dinner. One day someone went out and bought fish fingers and everyone was like “wow fish!”

Steven: The sausage and mash was amazing though. Literally my favorite meal. The zenith point of my life. 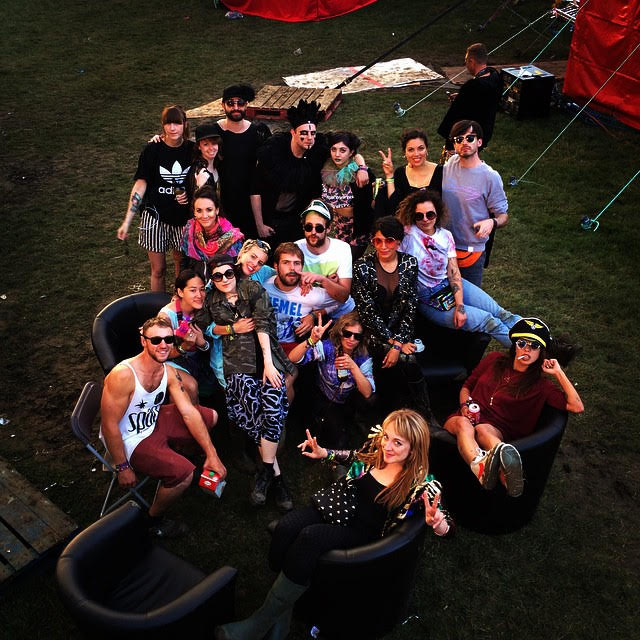 For me, having my own stage at “Little Horrors” meant I could have it rammed with stuff I found interesting. We gave this kind of Doll’s house theme to it, bringing a really heavy fetish element into performance. A thing called “Nocturnal Sunshine.” We had angle grinders and a Torture Garden like a BDSM-style secret garden and everyone just got it.

Ben: Ping Tron was one of my favourite camps — a blacked-out tent with neon ping pong-playing to 80s synth pop. There was anything from science camp, to spanking camp, to whatever.

Sock wrestling was amazing. People meeting up wrestling each other and having to take the other person’s sock off. 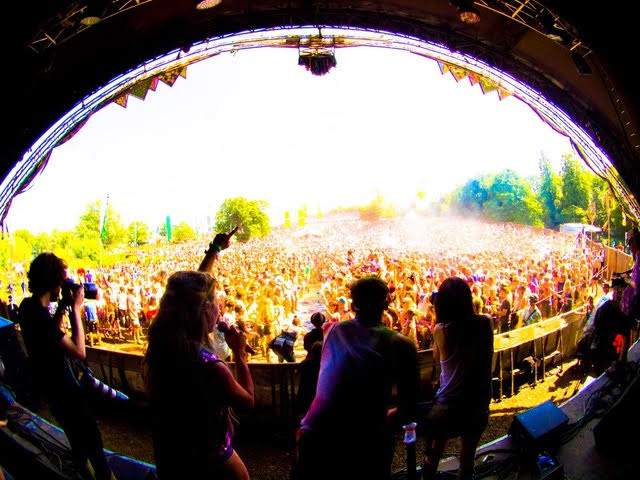 Laura: The paint fight is now wildly imitated by other festivals, but that started with Secret Garden Party. We did the first one probably about eight, or nine years ago. Presenting that on the main stage, was epic, a rainbow explosion of festival virgin revellers really going for it!

Ben: For me, I thought: “Wouldn’t it be cool to have serious people down at the festival?” Journalists, politicians and philosophers or whatever to give talks and presentations about really full-on stuff in this environment. In the end, we had a tent of conspiracy theorists talking about some really weird stuff, 99% of which was nonsense.

Laura: After I did the stage one year, Freddie kindly agreed that we could do a secret bar.  So we started the Green Fairy Absinthe Bar a few years ago, in the Lost Woods. Stumbling upon a random glowing green tent of cocktails late at night, is all part of the experience at SGP.  So make sure you head down there if you’re coming! Follow the green fairy lights.

The Prince Harry thing was interesting too. Secret Garden Party has no guestlist or corporate sponsors, so even Prince Harry had to buy a ticket if he wanted to come. 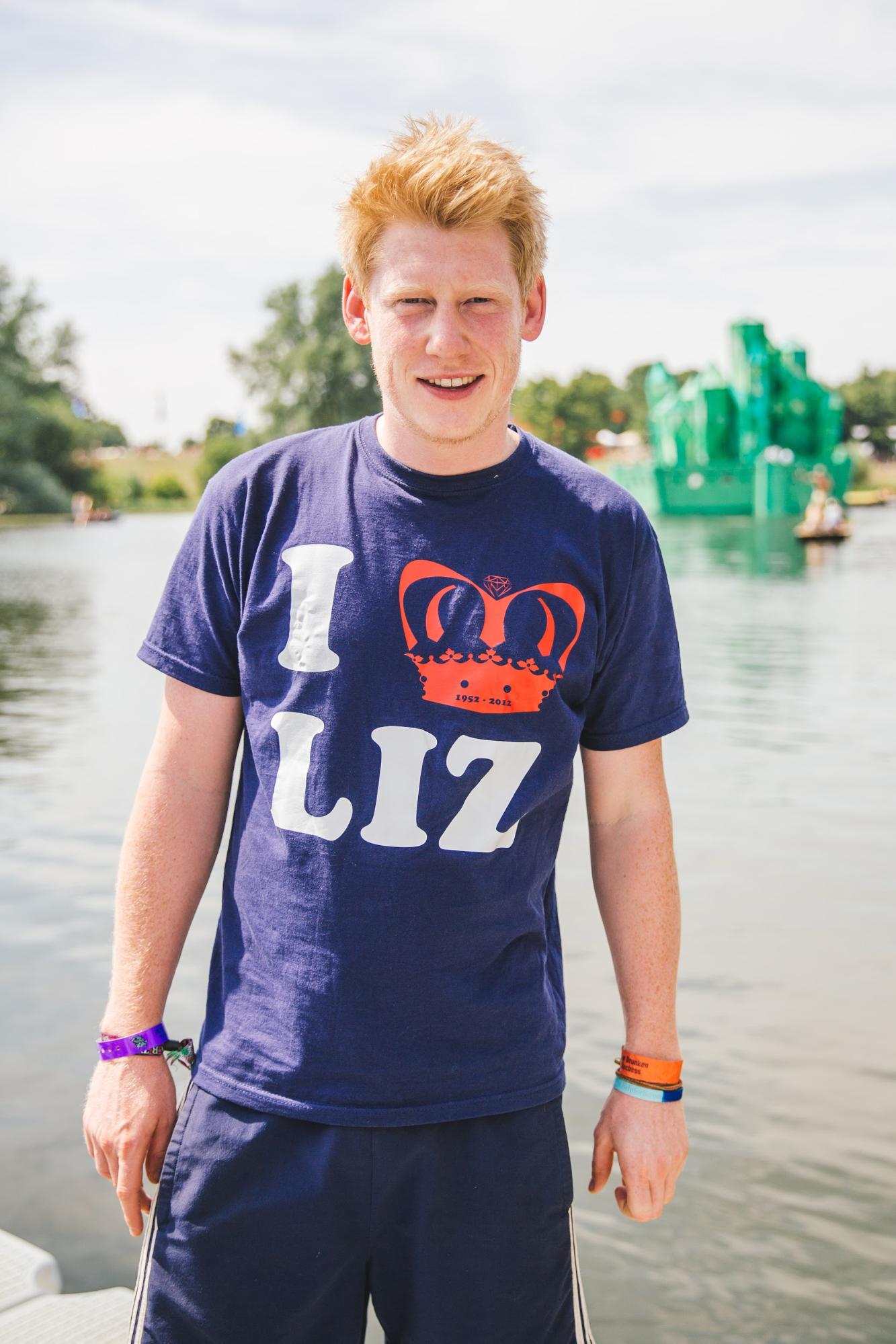 One of the many, many “Prince Harry” appearances at Secret Garden Party through the years.

Ben: The year that Prince Harry attended Secret Garden Party was great because we booked a ton of Prince Harry lookalikes. The rumour was obviously gonna get out, so we thought: “What if we book every Prince Harry lookalike in the country and give them a security detail?” At night, everyone would be saying they saw Prince Harry and there would be loads of conflicting accounts. Also, he doesn’t get the chance to party anonymously very often, so maybe five lookalikes would add enough smoke and mirrors for him to have a really good time. It also gave us an opening to deny he was even there.

Steven: It was more than just a gig. That’s what made it experimental. Over the last 10 years even when I haven’t been working, I’ve come and had fun as a punter.

There is something to be said about leaving on a high and having integrity in the brand.

Laura: I think this year’s will be so groundbreaking.  It feels quite — unreal. But we’ve come so far, it’s been built up so much, SGP is such a natural progression of love.

Ben: So many friendships and marriages and careers and babies were spawned from this little party. Including mine. It’s got a lot to answer for.

Steven: You have to come this year. It’ll be messy and funny and weird. 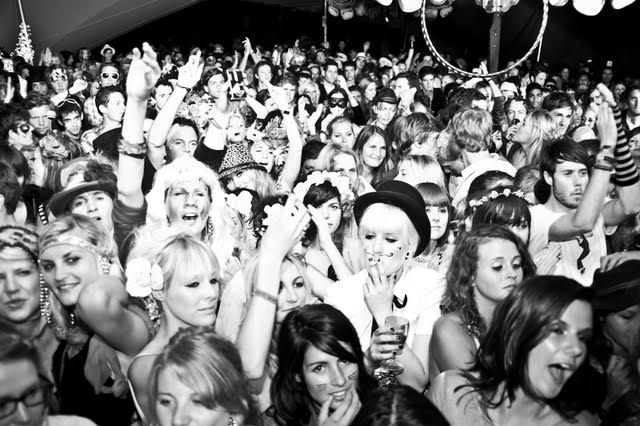 Bring wellies. Have an open mind. Oh and dress up. It really does take you out of your comfort zone and put you in the SGP mindset.

Ben: Lose your friends and make new ones. Throw away your programme. Don’t plan anything. When you think it’s time to go to bed, there’s always another party hidden somewhere that is even better.

The final incarnation of Secret Garden Party stars headliners Crystal Fighters, Metronomy and Toots & The Maytals, joined by Wild Beasts, Kate Nash, Fickle Friends, Peaches and Will Joseph Cook and more. Promising to be a “Dylan goes electric” celebration of everything good.

Linkedin
OTHER ARTICLES
Activists and campaigners are fighting back against new laws that would seriously undermine the ability to take industrial action, calling it an attack on fundamental workers' rights.
A new exhibitions brings together the work of photographers who documented the deep unrest of these pivotal decades.
Since 2007, Gideon Mendel has made 20 trips to document floods in 13 countries. The result is an alarming record of what has already been lost to the climate emergency.
A new film from Berghaus traces the story of Adam Raja, who left behind a turbulent upbringing to discover the healing power of climbing.
Social prescribing connects people with non-medical support to improve their health and wellbeing – but some experts worry it’s just a stick plaster solution.
Tristan O’Neill’s shots of dancers caught in moments of reverie at the height of rave’s golden age are a testament to the UK’s legendary club culture.