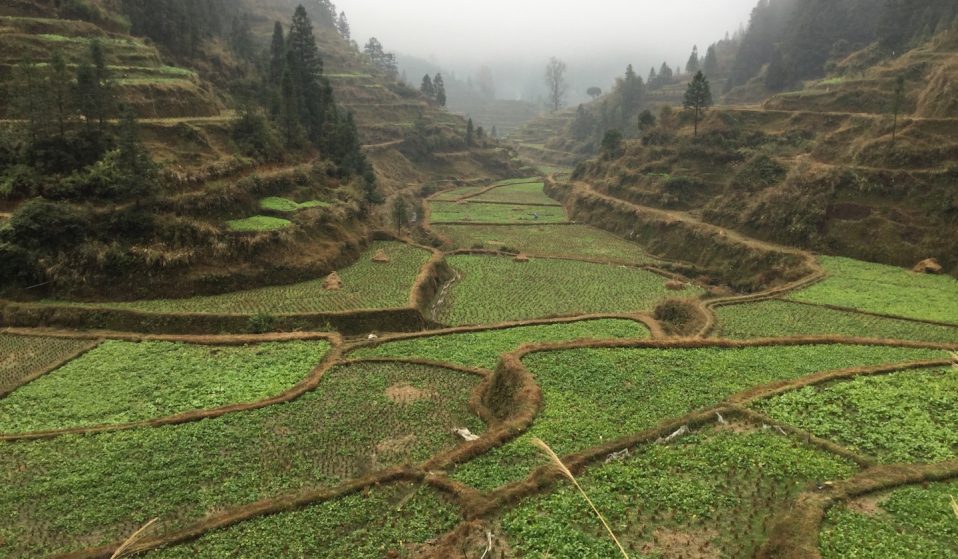 The residents of a place often left out of Silicon Valley narratives are building their own high-tech future.

In their new book, author and technologist Xiaowei Wang meets the residents of a place often left out of Silicon Valley narratives who are building their own high-tech future.

The centre of the world’s freshwater pearl production is in Shanxiahu Village, but the pearls only gain their lustre once they’re on livestream. “Pearl parties”, which are held mostly by American suburban moms on Facebook Live as part of multi-level marketing pyramid schemes, is how Xiaowei Wang first became fascinated by China’s rural pearling industry.

Wang, a writer, artist and former software developer, decided to find out where the pearls were coming from, eventually meeting a group of young Chinese pearl farmers in Shanxiahu Village who grow pearls out of livestock faeces, as is common for freshwater harvesting. Wang also found that the pearl entrepreneurs were using their own parallel group of rural livestream influencers, who were hawking the pearls and other e-commerce beauty products with the help of counterfeit designer brands and high-energy club music.

Wang, who also serves as creative director of the technology magazine Logic, says that the story of the pearl farmers and rural live-streamers returning from China’s megacities back to the countryside has become a familiar one. “They were trying to make it big in the city, but that wasn’t working out, so they moved back home and started getting into the pearl industry,” explains Wang. 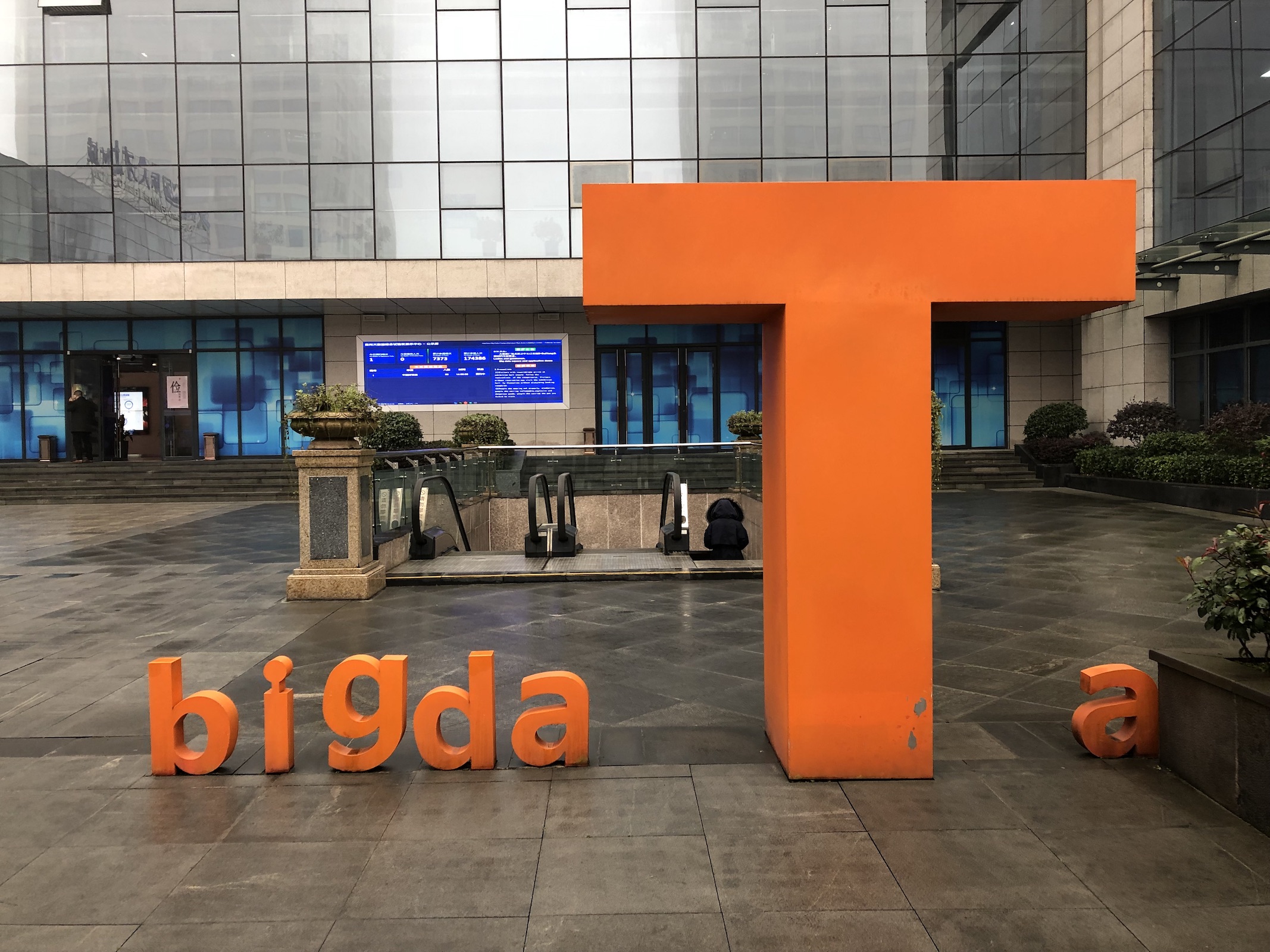 Wang is the author of Blockchain Chicken Farm: And Other Stories of Tech in China’s Countryside: a deep dive into how technology is transforming rural life in China, particularly for young people. A new generation of China’s young people are moving from cities back to the countryside where they grew up, bringing with them new technologies, and a drive to unsettle the old ways. Travelling to remote parts of China, Wang documents the way that communities that are usually left out of Silicon Valley narratives are challenging what it means to live in a tech-dominated world.

Amid an escalating trade war between the US and China that’s increasingly focused on tech companies like TikTok, WeChat, and Huawei, Blockchain Chicken Farm is full of the strange, often conflicted characters who’ve come to define the Chinese countryside.

Sun Wei, a twenty-five-year-old agricultural drone operator who Wang meets in the book, abandoned the city to get away from expectations surrounding work and family. Drone operators like Wei travel to the countryside as a gig worker, picking up jobs spraying pesticides on small rice paddies. The drone pilots have formed an optimistic and tight-knit community. “It’s just this weird, nomadic, really fun scene. They kind of have this gamer vibe,” says Wang. “It’s a lot of folks who felt like they didn’t want something boring and stable.”

Wei, like many of the younger generation Chinese that Wang speaks to in their book, has an uncertain relationship with the country’s socialist history and its increasingly neoliberal, market-driven economy. In recent years, China’s president Xi Jinping has intensified the push for a “new socialist countryside”: a modernising project that aims for rural communities to adopt e-commerce operations, small-scale manufacturing, data centres and startup entrepreneurship. 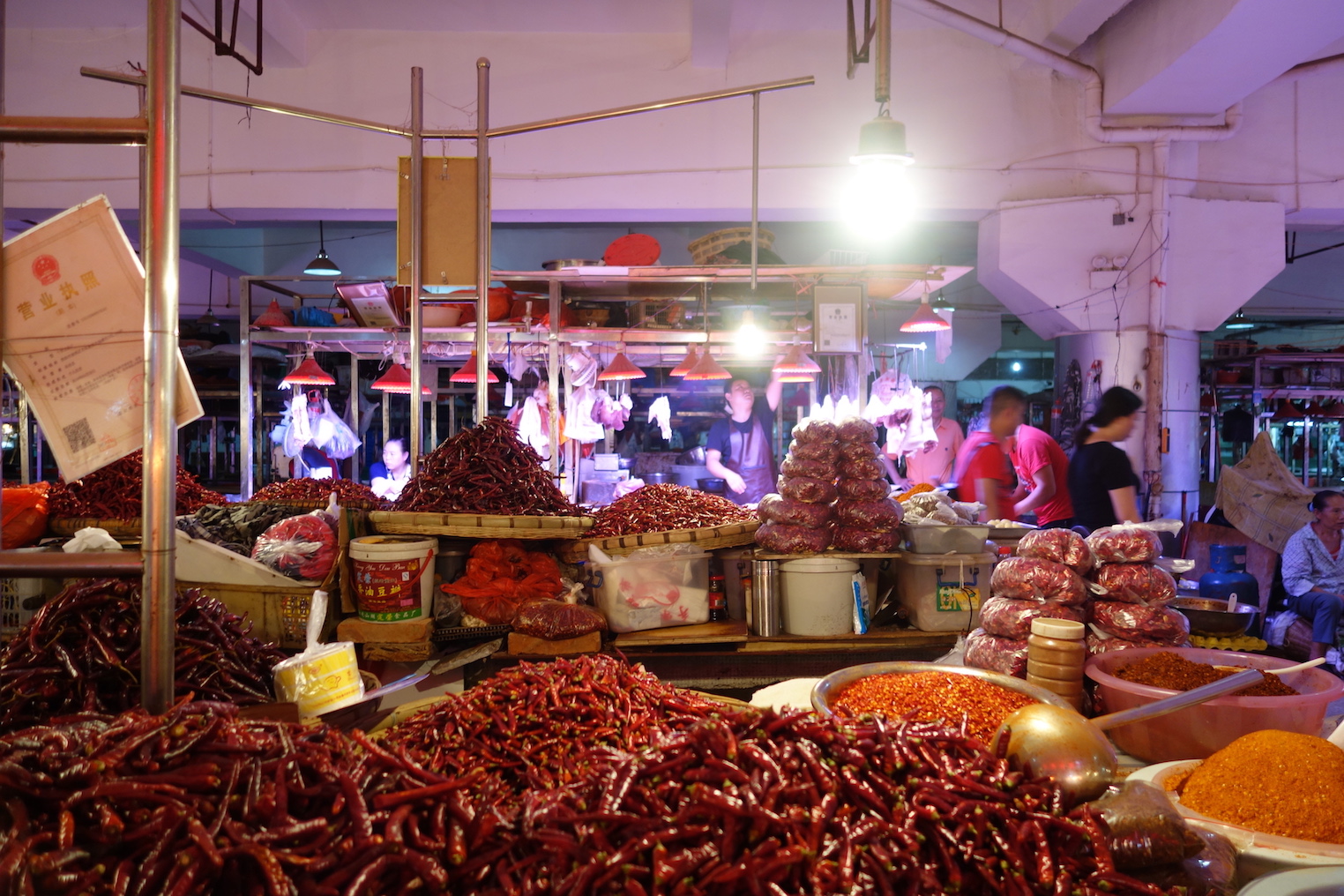 China’s largest tech companies, for their part, are eager to support the vision of a countryside transformed by mobile apps and analytic-driven decision making. In Blockchain Chicken Farm, Wang visits research labs of companies like Alibaba – a massive Chinese conglomerate that’s poured money into AI technology for industrial pig farms. NetEase, one of the world’s most profitable gaming companies, is developing technology to rear high-quality pork, regulating the pigs’ stress levels with calming music.

Tech companies increasingly view themselves as a vital part of the country’s national mission to develop the countryside. But that saviour narrative – of urban tech companies swooping in to reform countryside residents’ backward ways – is part of what Wang wanted to upturn. Blockchain Chicken Farm looks at how tech platforms have created a sense of dependency in rural communities, and the devastating effect that the shifting economy has had ecologically.

The situation is dark, says Wang, but communities in China’s countryside have also found ways to actively manipulate technology in order to fit their needs. “I’m interested in what happens when the attempt towards modernity, or trying to be modern, goes off the rails,” says Wang.

Taobao, an e-online shopping platform owned by Alibaba, has helped accelerate the derailment in rural China. The company is twice as large as Amazon, catering to both consumers and small-time merchants. Some rural communities – nicknamed “Taobao villages” – have had their economy replaced almost entirely by the online shopping platform. 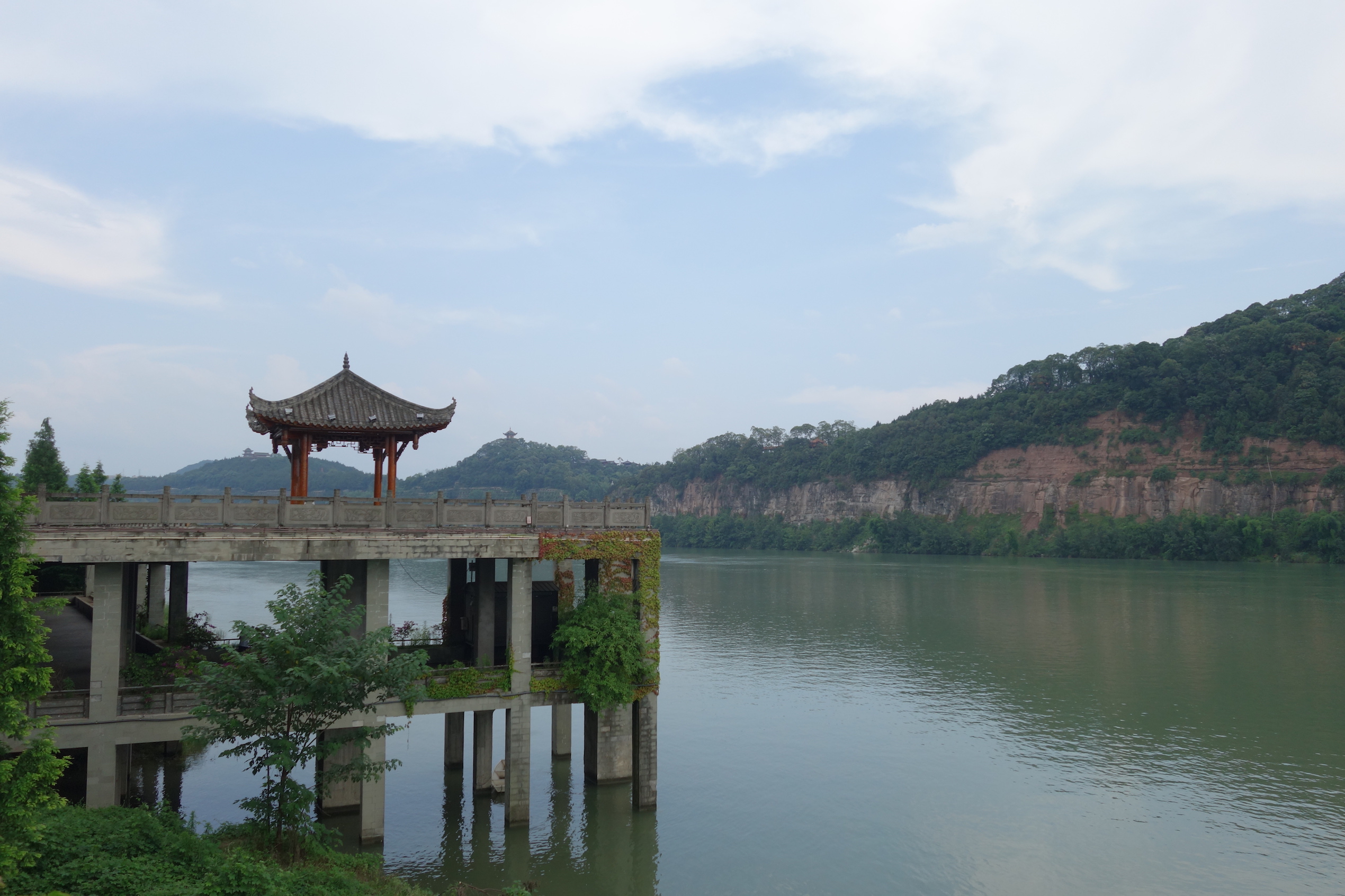 In the book, Wang visits a town devoted to fabricating costumes that are sold over Taobao, with villagers converting their homes into small-scale workshops to fulfil orders. “Someone’s specialising in army costumes or someone’s doing Snow White costume… It’s all one-time wear,” says Wang, who notes that the period around Christmas and holidays are the busiest for the community.

“It’s a boom town,” they explain, “it’s a little bit weird and dystopic.” Taobao has recently discussed exporting the model of Taobao villages to rural communities in Africa and other parts of Asia.

As Wang points out in the book, the move towards digital economies has also grown alongside a new wave of shanzhai – a shorthand for the culture around knock-offs and piracy in China, translating literally to “mountain stronghold”. Unable to purchase the latest designer brands or American TV shows, shanzhai copies were how villagers could get access to luxury items.

The term has started to evolve under the “new socialist countryside”. Smartphone shops have taken to rebuilding phones so they can be repaired and modified; live-streamers have turned towards a nihilistic celebration of the garish fakes, selling their own beauty products online.

“It’s become a hyper-open source,” says Wang. The ethos has become a culturally embedded way of subverting big tech. “It feels both really urgent and really important to me, especially with the growth of tech monopolies and how many patents [tech companies] are filing.” 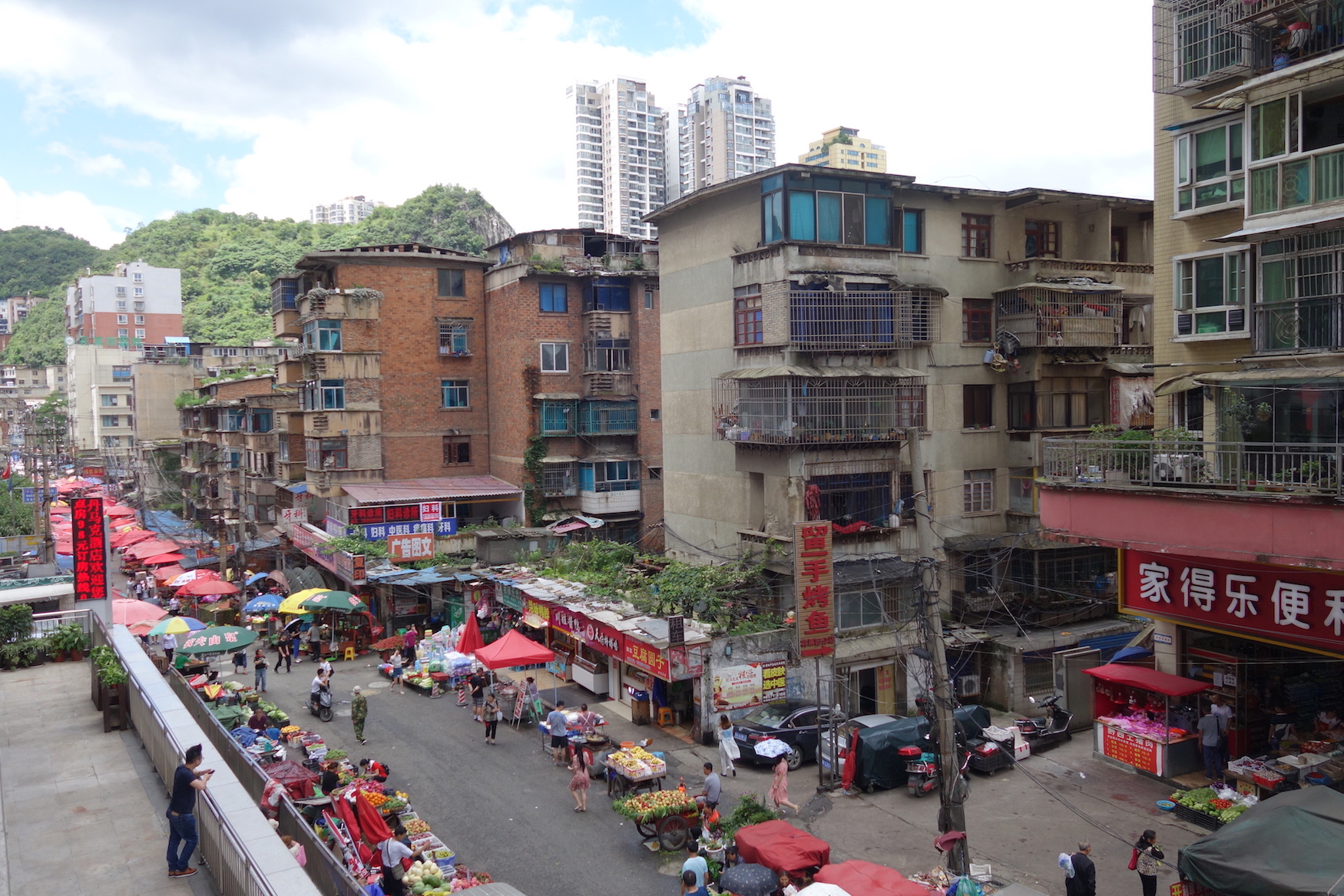 The counterfeits and the industrious attempts at gaming the system are emblematic of the complicated position of the young transplants moving from cities back to the countryside. Those returning to villages are often fixated on “hustle culture” and dreams of self-made success, says Wang, while also bringing back a deep anti-establishment streak born out of class discrimination and precarity experienced in China’s economic hubs.

Wang is neither a Luddite nor a tech evangelist. “We live in a very technologically saturated world, and even the places that I went to, which are pretty remote, they’re scrolling. They’re watching weird videos on their phones. And I’m not going to tell some 20-year-old in this remote village to log off and put down their phone… That’s so patronising.”

COVID-19 has spurred another migration push back to the countryside – Wang is hopeful that it will continue to rattle the tech world in China, as well as Silicon Valley’s dream of top-down domination. “We have these tools – what are the ways that we can build better tech; tech that is more about community, and has different financial incentives?” asks Wang.

In China’s countryside, the tech world is being constantly dismantled and reassembled by everyday hackers who use technology. The question now is how these alternatives might travel beyond the confines of the country’s remote communities. 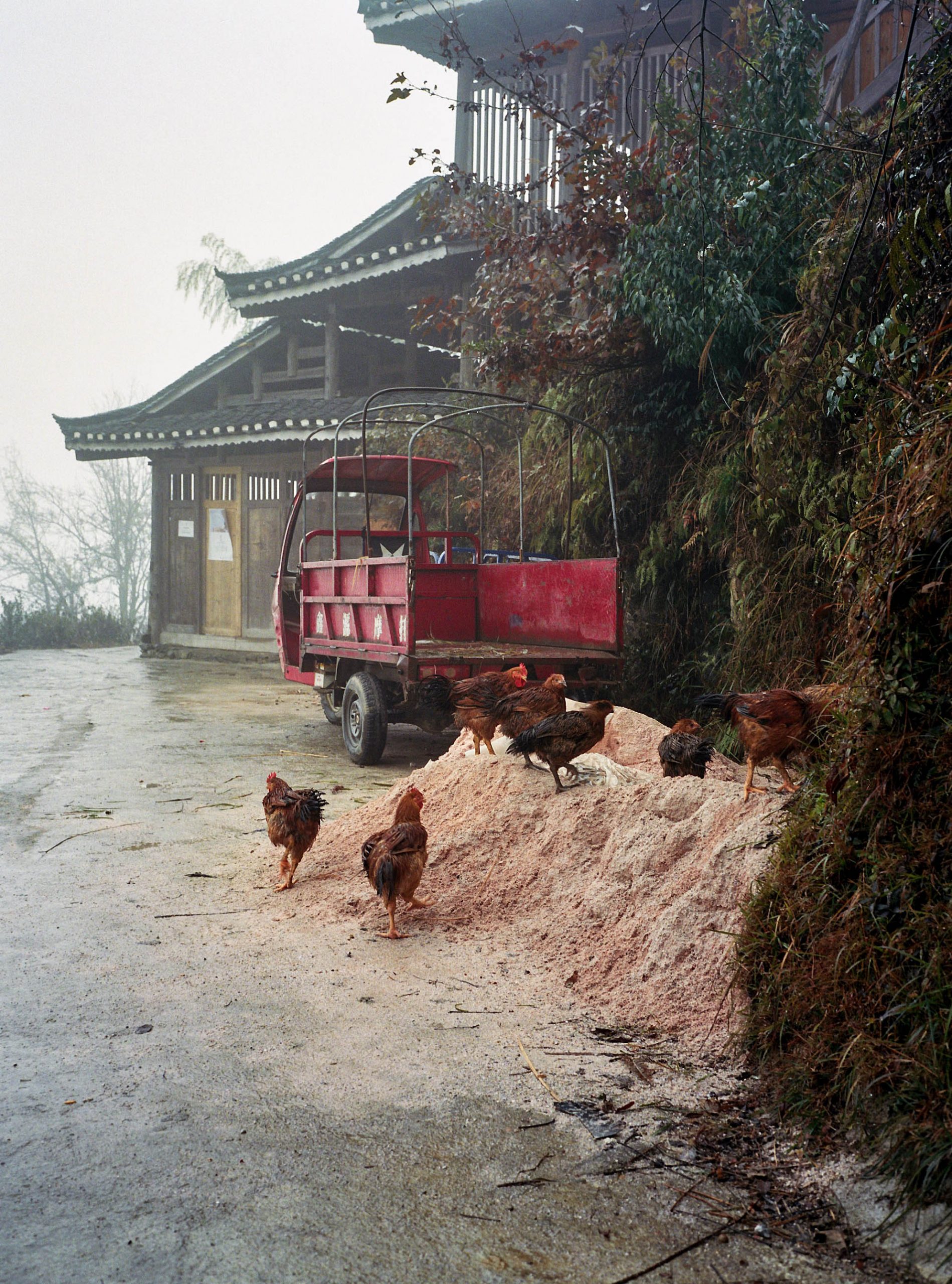 Blockchain Chicken Farm: And Other Stories of Tech in China’s Countryside is out now on FSG Originals.

Linkedin
RELATED ARTICLES
OTHER ARTICLES
Freddie Miller’s new series of photographs investigates who today’s trainspotters are and what drives their unfettered enthusiasm.
For decades, an area of East London has served as a community hub for Vietnamese people looking for a taste of home.
The past five years have seen a staggering increase in foodbank usage across the UK. Now, staff fear things are set to get much worse.
A new report has found that the majority of Britains approach trans issues with compassion. It’s about time this was reflected by our media landscape.
In her new book, the author explores the country’s housing crisis in human terms and calls for radical action to address a broken system.
Photographer Matthew Brookes recalls following a group of young people in Venice Beach living in search of the perfect wave.